So I set out from Luxembourg, again: 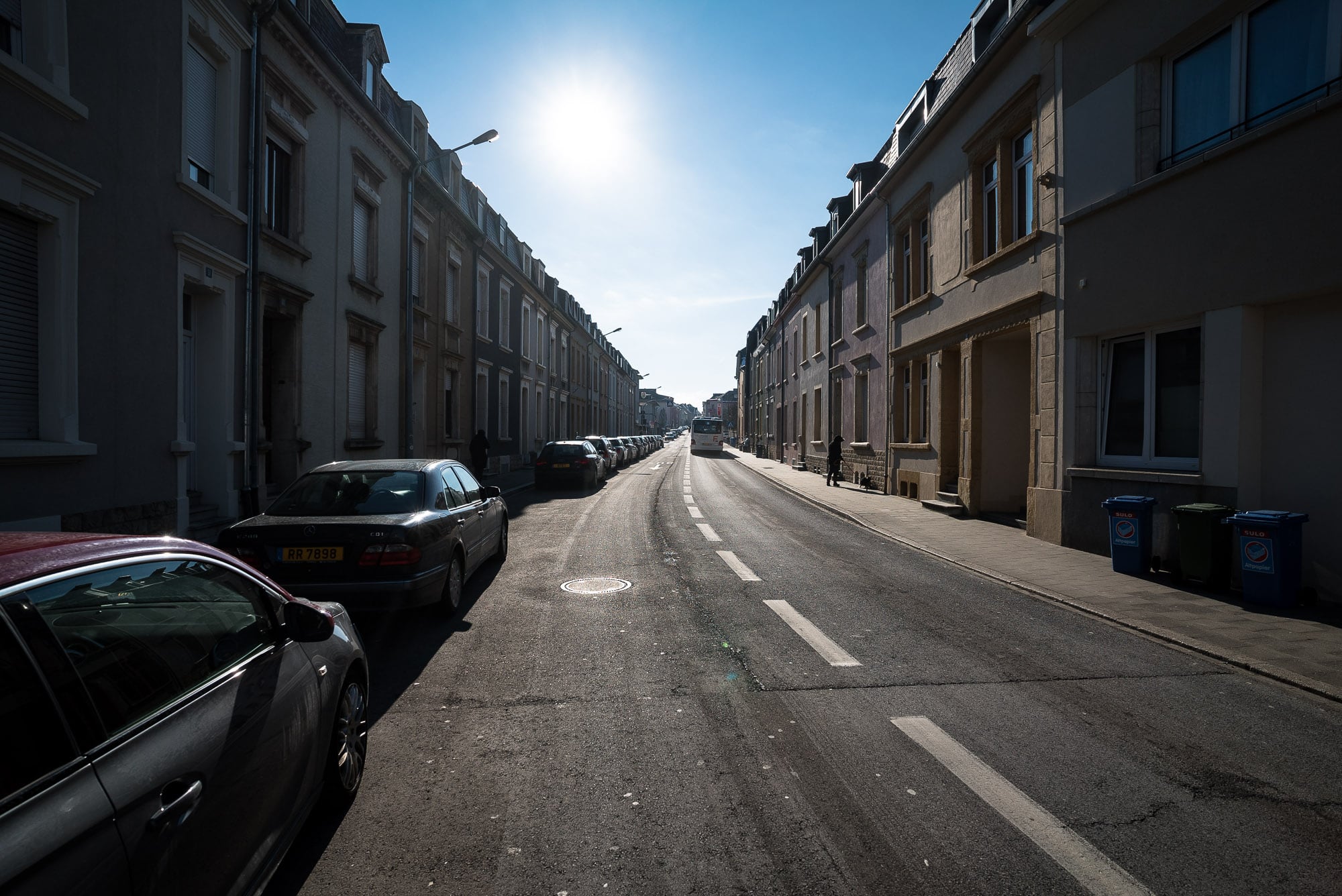 Walking through the city meant that nobody took notice of me, but when I got on the open road, people would stare at me from their car windows: 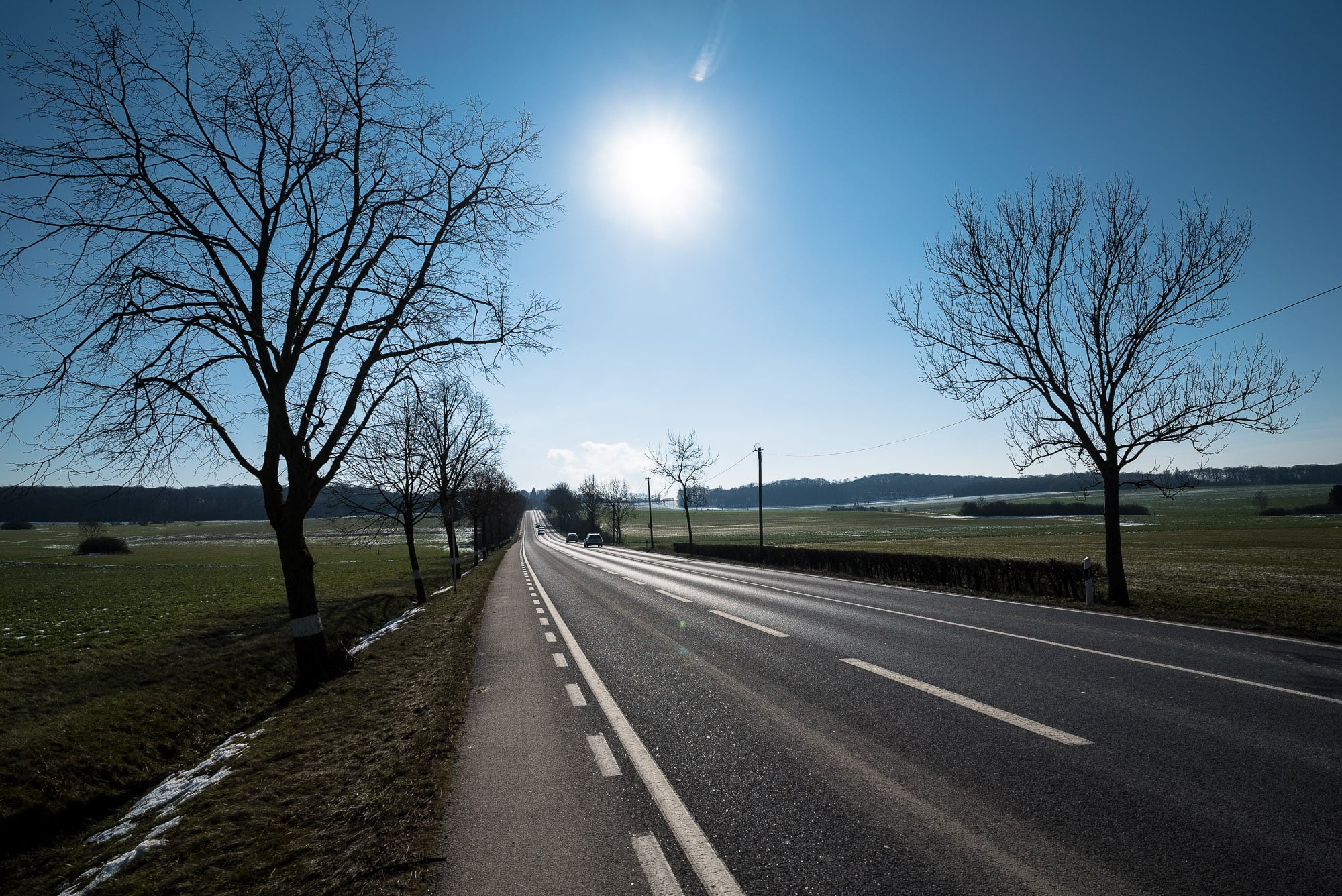 There were no sidewalks. I figured that most people probably stuck to designated hiking trails when they went out for walks.

I had a nice little lunch with three apples and some Henry David Thoreau at this bus stop: 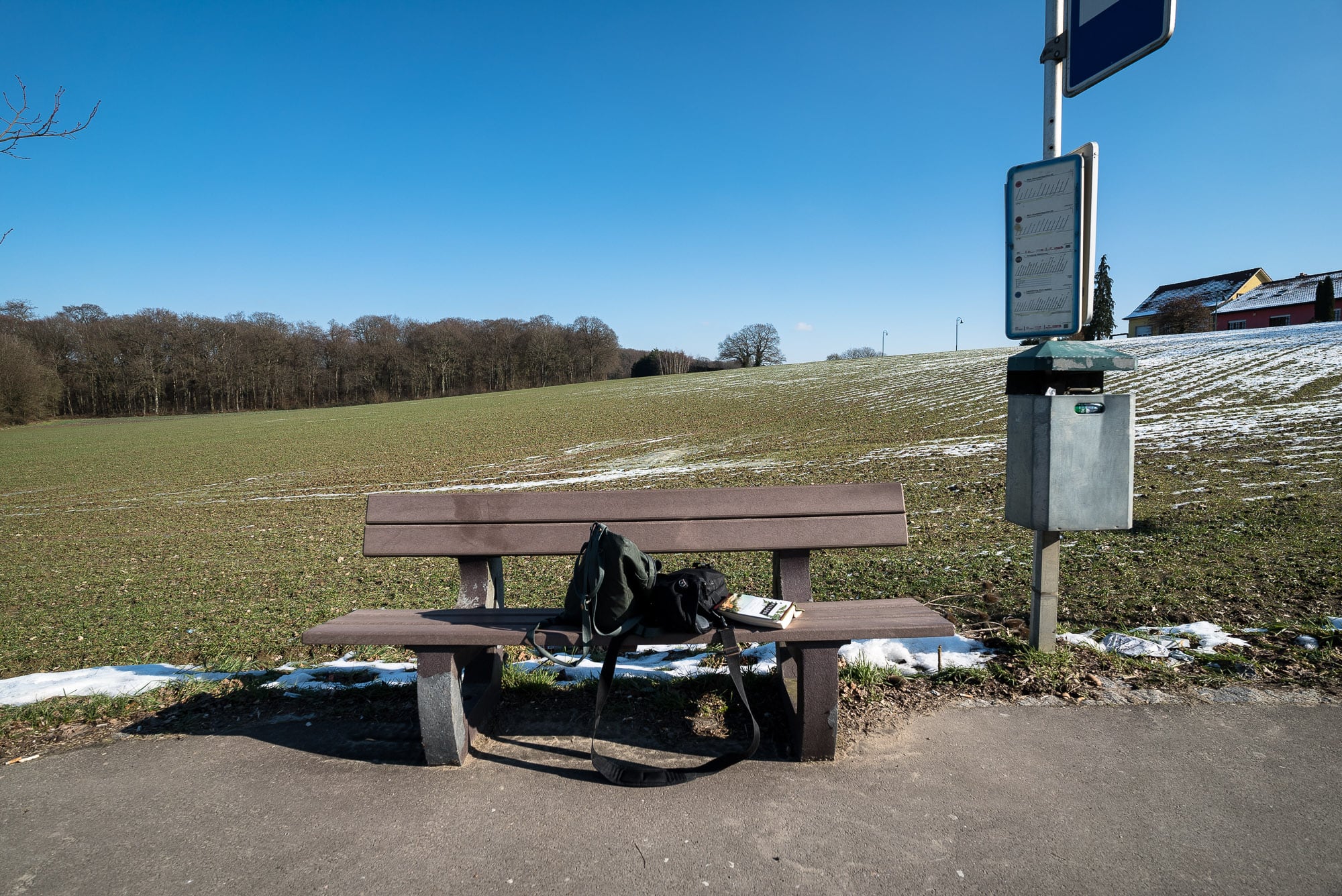 There was a monument reminding people that this part of the world had been ravaged by a catastrophic war just two generations ago: 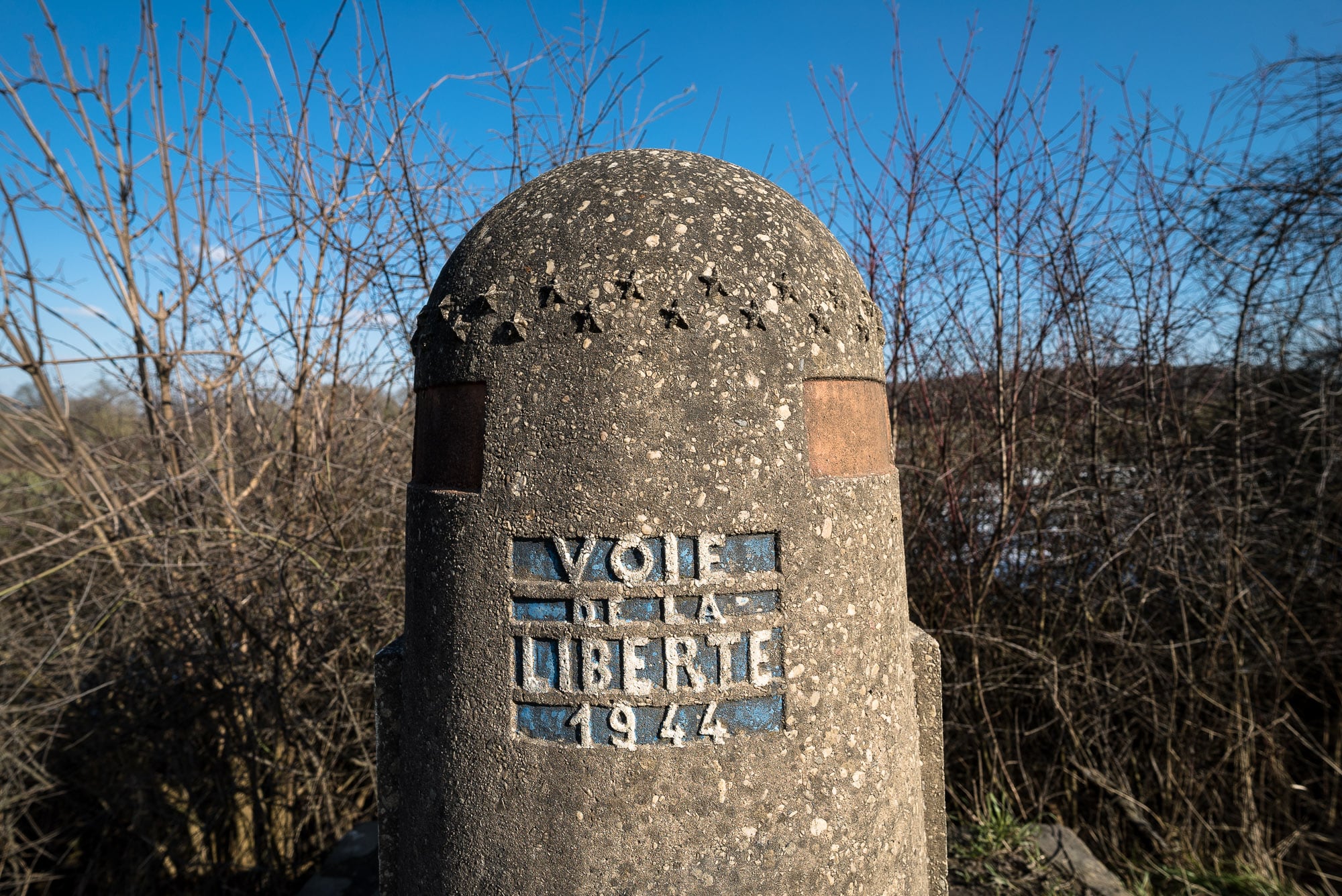 And then, suddenly, like a counterpiece, there was a sign that told me I had ventured into France: 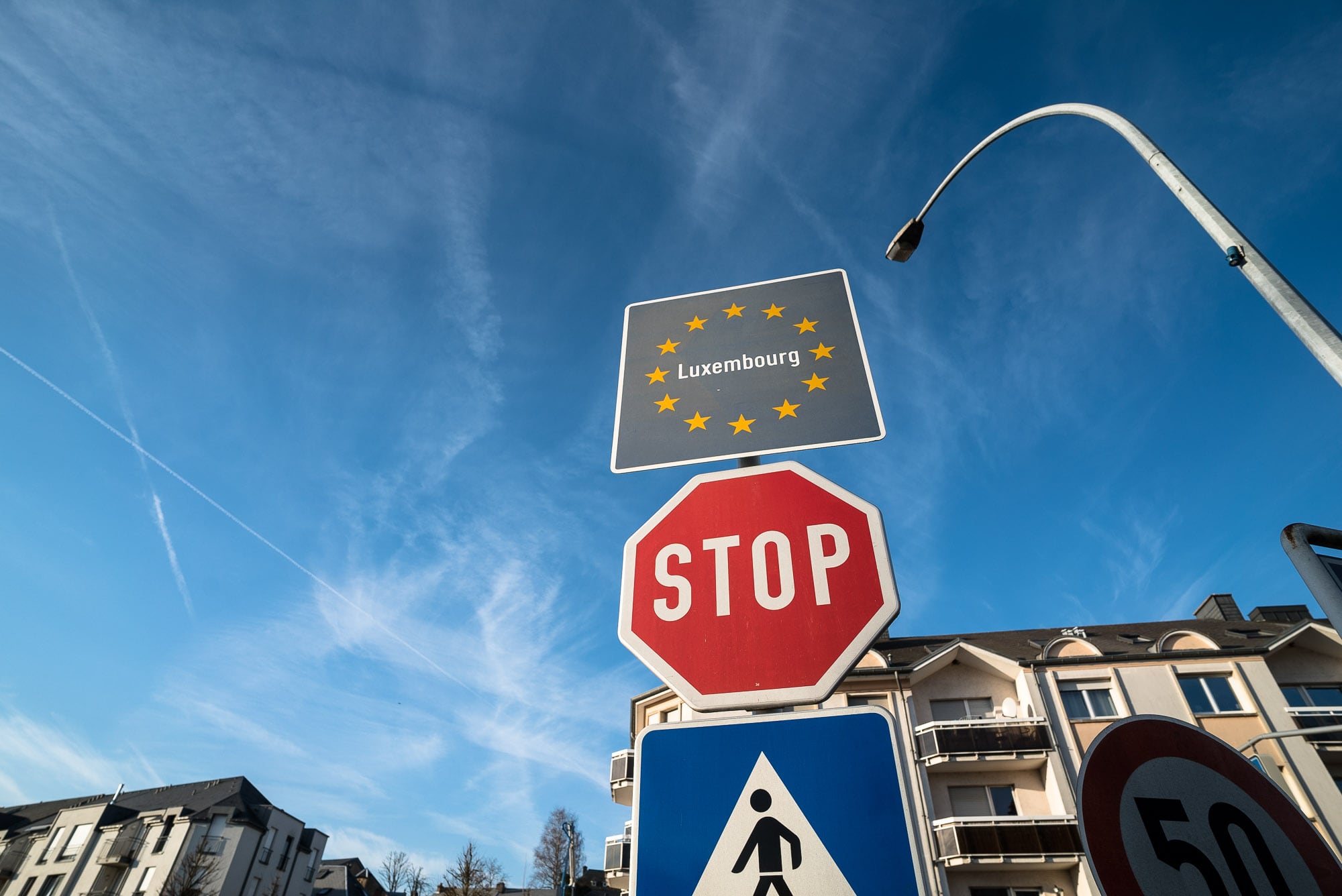 Here was a continent of countries that used to be fuming with hatred for each other, yet they came together and built a union. And now the borders were just lines on the ground.

Having done a mere 15 kilometers on my short test walk a few days earlier, I had set the target for today at a bit more than 30k today.

So I pressed on into the sunset: 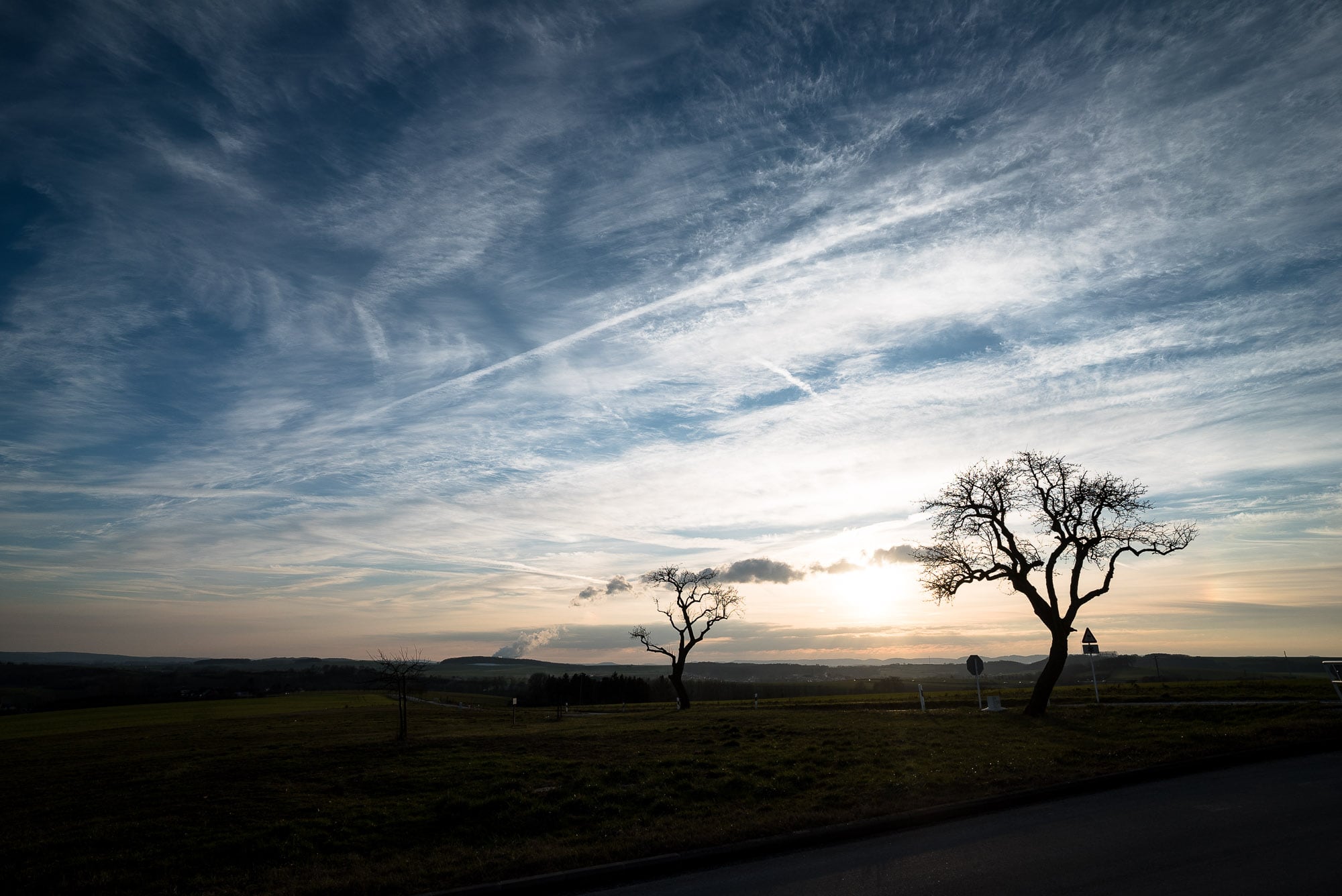 At about six in the evening, I wasn’t that far from Schengen anymore. You might have heard the term “Schengen” when you got a visa for one of the EU member states. It’s a small town on the border of Luxembourg, France, and Germany. And it was in this inconspicuous place that five European countries signed a treaty to abolish border checks in 1985.

I wanted to walk to Schengen to see what it was like: 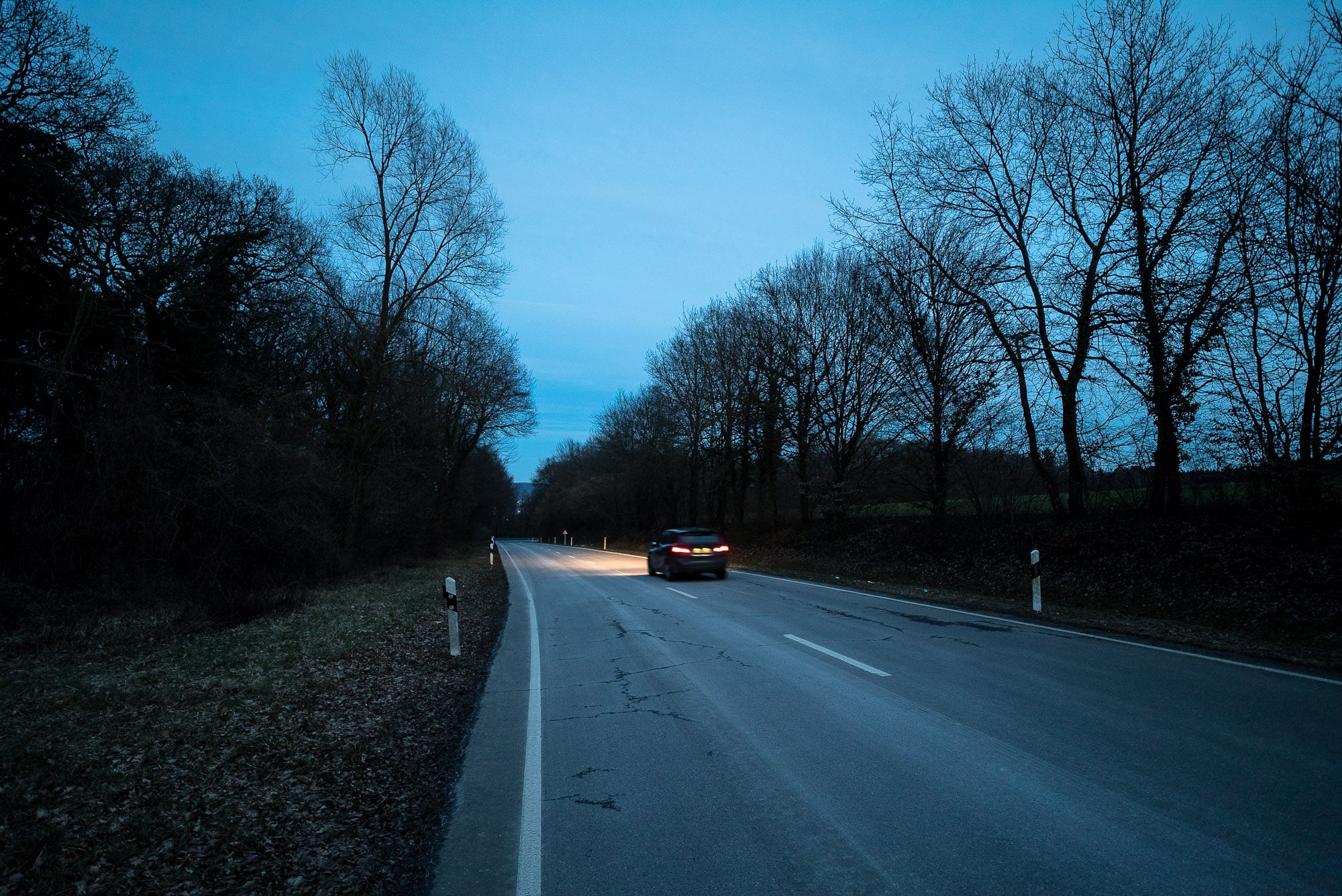 And I made it. But when I did, it was already dark, and there was not much to see. I saw no monument to the border-free policy or anything like that. Just a lot of road maintenance, which meant that finding a bus back to Luxembourg would be a problem: 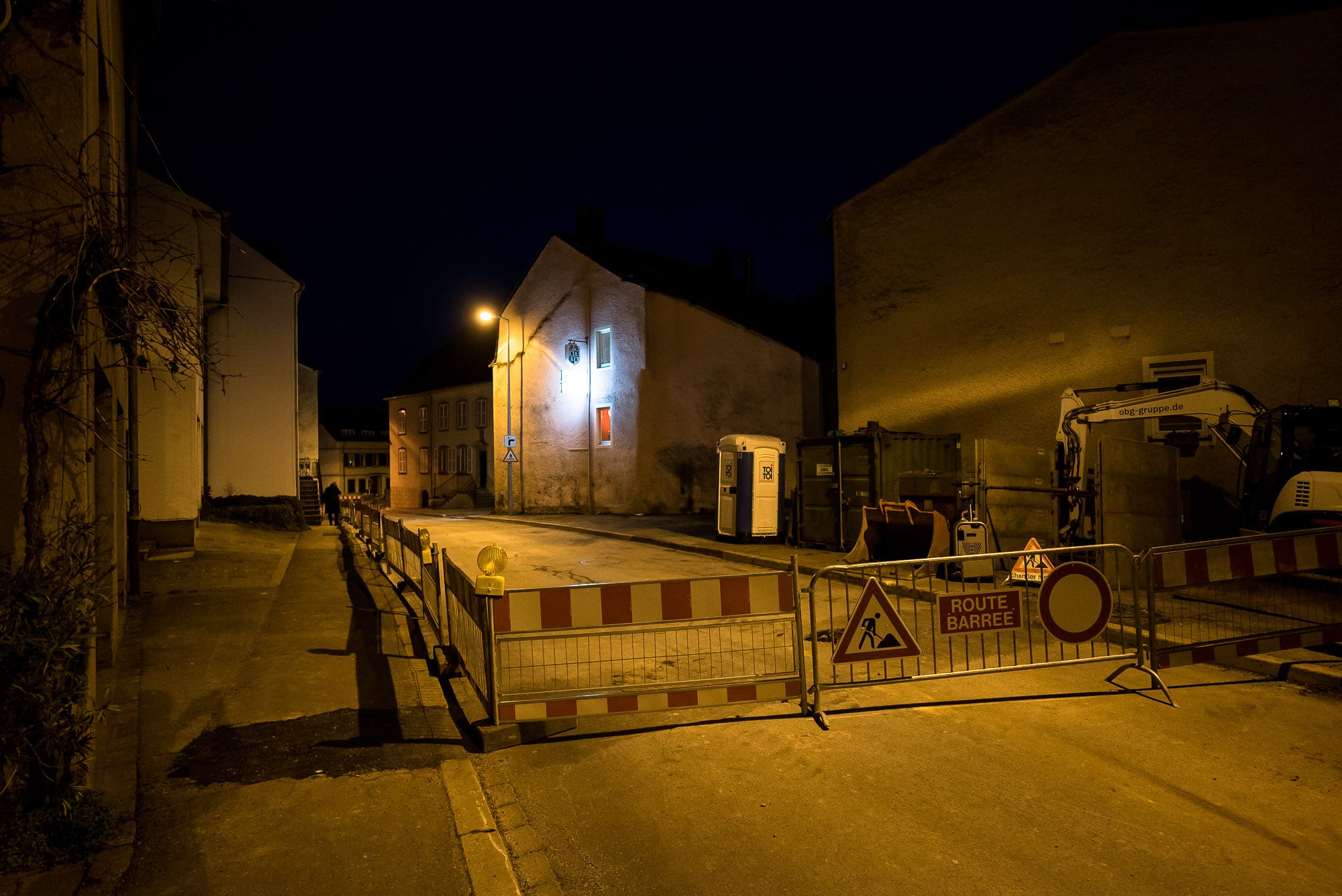 But I did find one eventually.

Here’s a video of the day: