Found this in a grocery store: 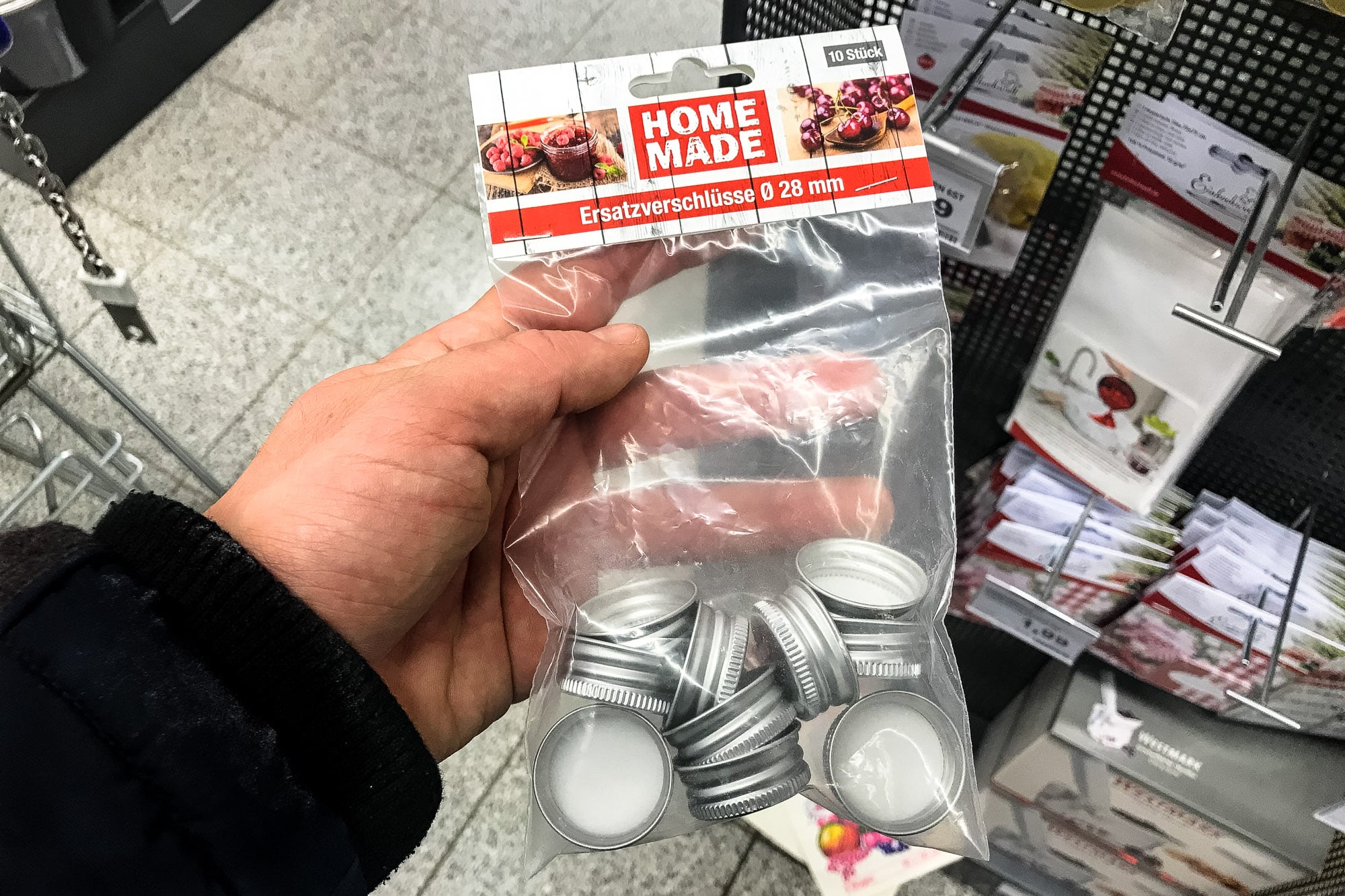 And none of them had a cap!

He counted the bottles: there were ten of them. Ten! He looked around for screw-caps, but to no avail. How had these bottles ended up on his table? Who had drunken their contents? And where had their goddamned caps go?

He didn’t know. The one thing he did know, was that he, Nick McNickerson, needed to find ten screw-caps.

“Assistant!” he yelled, and a generic chime told him that the Assistant was listening. “Get the roadster out of the garage and set course to the nearest grocery store! Make sure that they have screw-caps, 28mm, in packs of ten, and it would be best if it said home made on the label!”

Sure, he could have just placed an order for delivery by drone. It would have been faster that way, too. But that wasn’t what he, Nick McNickerson, wanted right now. He opened the door, and an ocean of sunlight absorbed him.

Then he stepped out into the future.