Teacher Xie’s ashes were laid to rest today. His grave is close to his ancestral home, on a green hill overlooking a green valley: 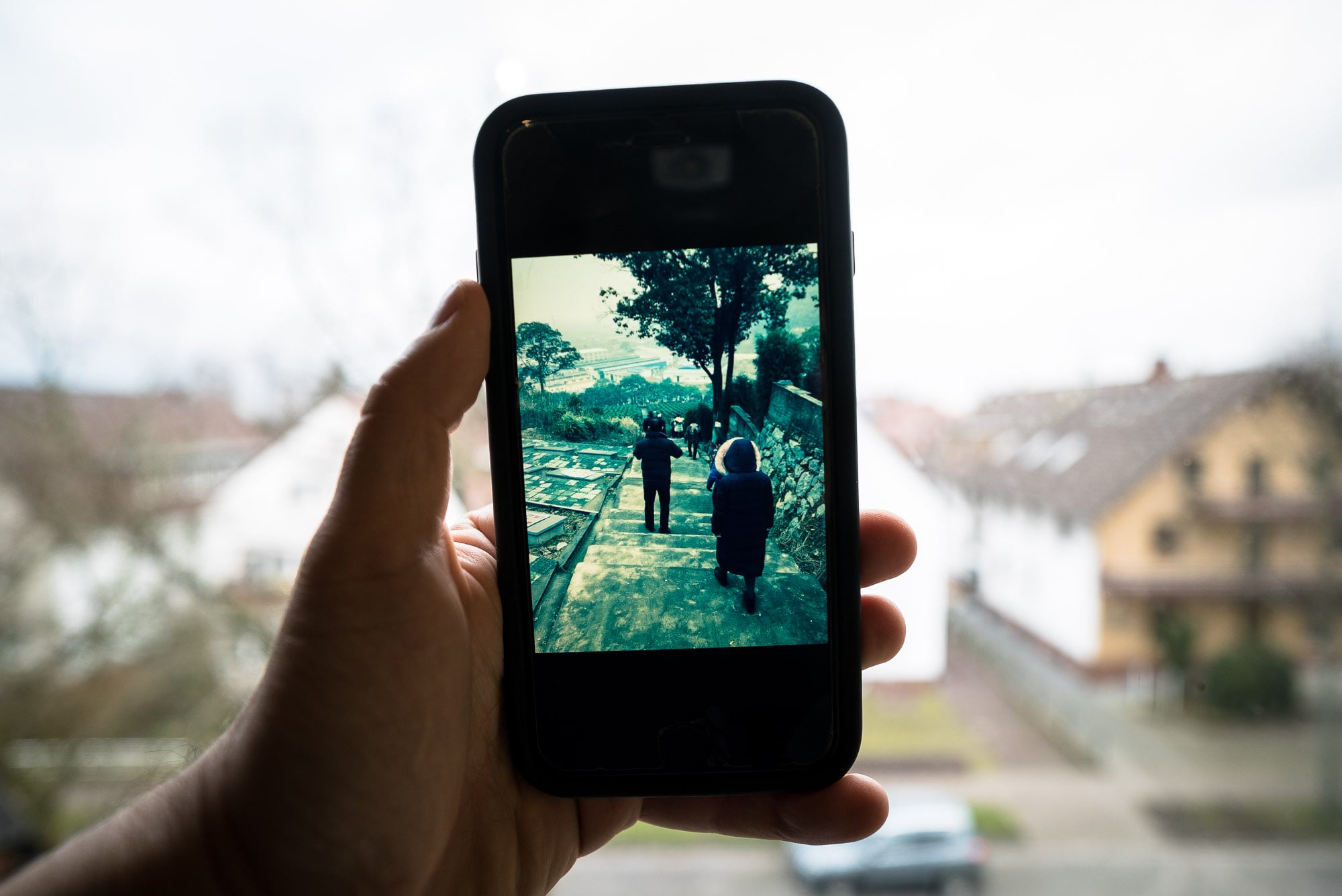 Chinese tradition has it that this is a good place for a grave.

The headstone is interesting, though. I had forgotten about a story Teacher Xie once told me, so I was caught off guard when I noticed that the engraving on his stone said “谢建刚” and not “谢建光” – Xie Jiangang not Xie Jianguang.

谢 xie is his last name. Like almost all Chinese characters it doesn’t simply mean one thing. It can mean “to thank” but also “to apologize” or “to wither”. In this case it’s just a last name, though: Xie. Many people in the South share this name.

建 jian is the first character of his given name. It means “to build” or “to establish”, “to found”.

And here is where his name is different from the one on the stone:

I remember the story now. Teacher Xie told it to me when we were walking through the desert many years ago. It’s kind of a non-story actually. He had gone to the government to apply for an ID card, and the official in charge had gotten his name wrong. Teacher Xie had tried to protest, but to no avail. He was stuck with a new name.

How did the bureaucrats mix up 谢建刚 and 谢建光, though?

This has to do with the way many people in China type on a keyboard. They use a phonetic system that involves latin letters, so while 刚 and 光 are very different from each other, the latinized spellings gang and guang are very similar. Similar enough anyway to allow for a mistake in an official document that would forever bestow Teacher Xie with a name that wasn’t really his.

Now I find myself getting confused, though.

I am pretty sure his original name was 谢建光 Xie Jianguang, and that 谢建刚  Xie Jiangang was the wrong one from his ID. Why would his family put the name 谢建刚 Xie Jiangang on his headstone, then? Did they just go with the ID? Or did the administration not allow for a headstone that deviated from the name on the ID?

There is something silly about translating names into other languages. Think of Native Americans and how archaic we make them sound when we translate their names and end up with things like the movie title “Dances With Wolves”. Hardly would we go the other way around and think of a “stone” when we heard the name “Peter”, would we?

The same goes for Chinese names. Only when we take a step back and look at a name with probing eyes do we notice the meaning behind the characters that are there.

谢 xie – a person of the clan of the Xie.