I like to listen to podcasts or watch TV while I’m working on my photos. Recently I have picked up the 90s classic sitcom “Friends”, which I had never watched before because I had always considered it to be annoying.

Well, judging from the first season, I wasn’t wrong. There were exactly two strong moments in the whole season (one being when Phoebe pretends to be her sister, the other when Rachel gets her heart broken at the airport). The rest was basically a Chinese water torture of slowly dripping salacious jokes and innuendoes (many of which were evolving around someone being gay). Add to this a bunch of awkward facial expressions, a laughter track, an inane theme song, and some uninspired jazzy band sounds to help blend over different scenes, and you’ve got “Friends”.

The book “Travels In Persia” I was reading was fun, though. It was from the 17th century, and in it, the author John Chardin included a drawing of what then used to be regular attire of the people of Persia: 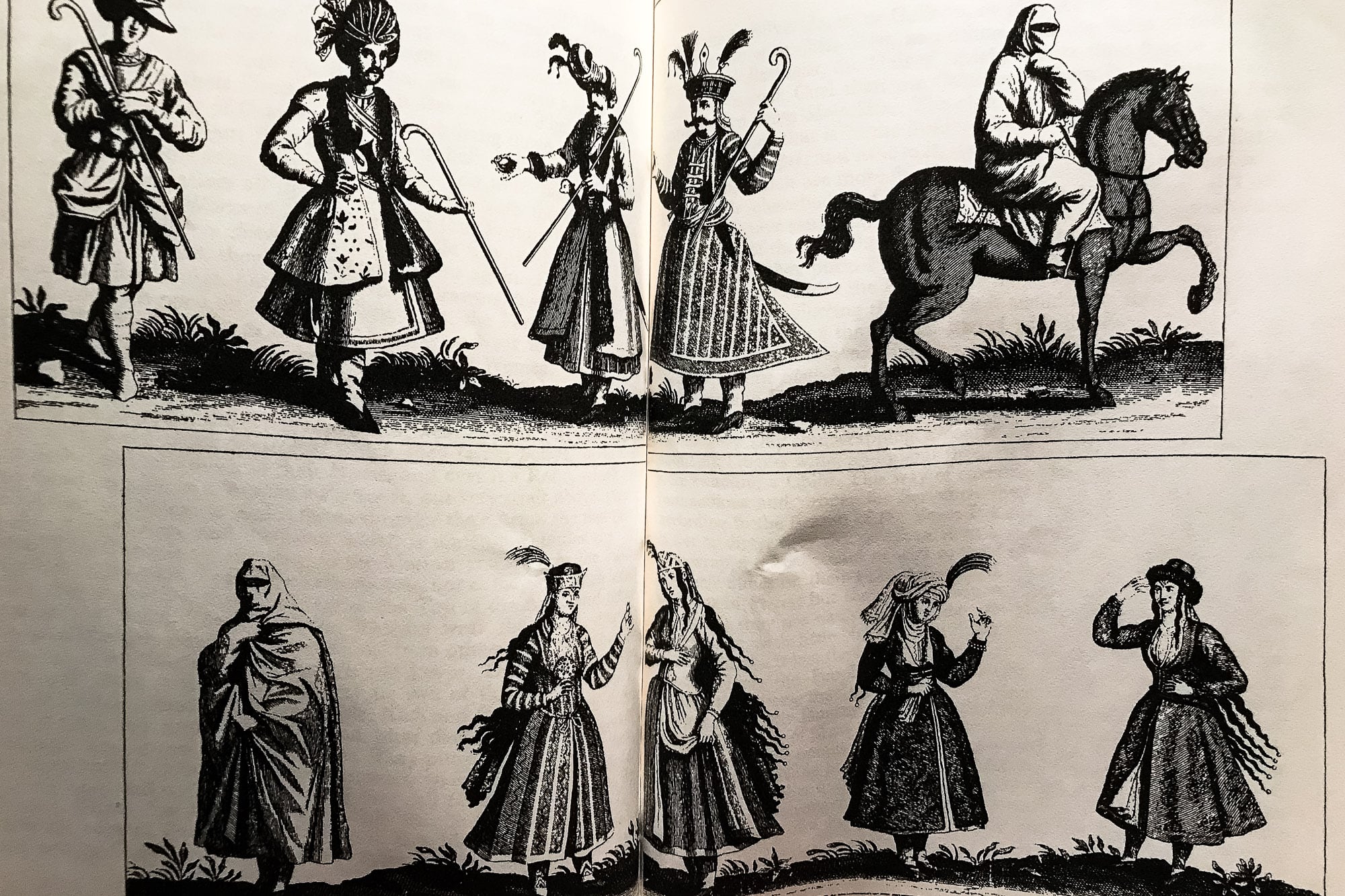 He had this to say: “They wear no Black in the East, especially in Persia; this is an unlucky and odious Colour, which they cannot regard; they call it the Devil’s Colour: They dress indifferently in all Colours at all Ages; and it is a very diverting Sight, to see when one walks out, or in the publick Places, a vast number of people, all in Party-colours, clothes in Stuffs glittering with the gold, the Lustre, and Vivacity of the Colours.” (p.215)