There was a big old Christmas tree that had appeared in the park: 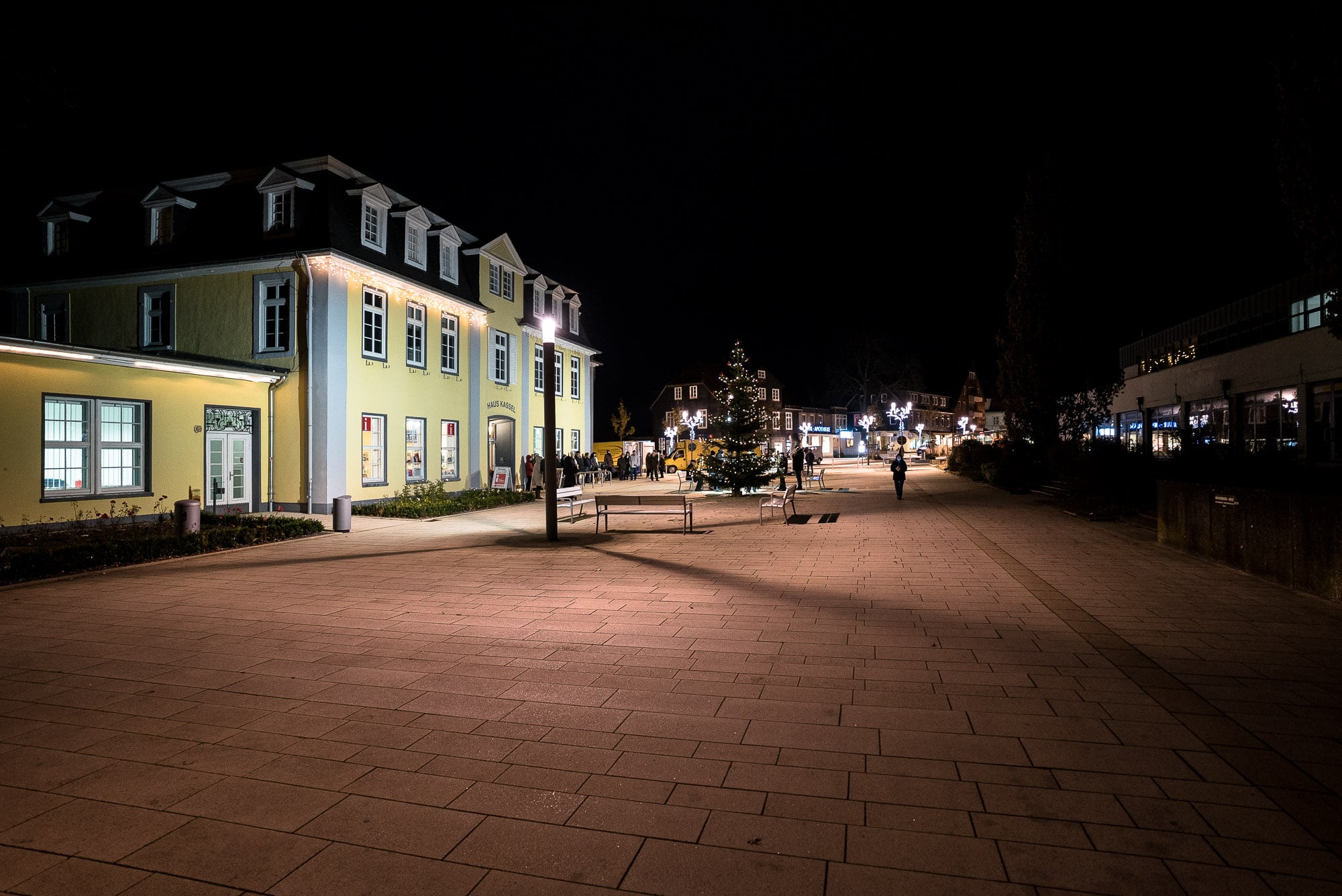 Worshipping green trees in the midst of winter seems like an interesting absorption of pre-Christian customs (or religious practices) into Christianity.

Feivel and I didn’t stay long, though.

We were more interested in the forest and its trees, the ones that were there all year around. Bad Nenndorf had a colony of dwarf beeches (we call them “Süntelbuchen”), a sort of tree that branches out more in width than in height, often hitting the ground and growing up from there again: 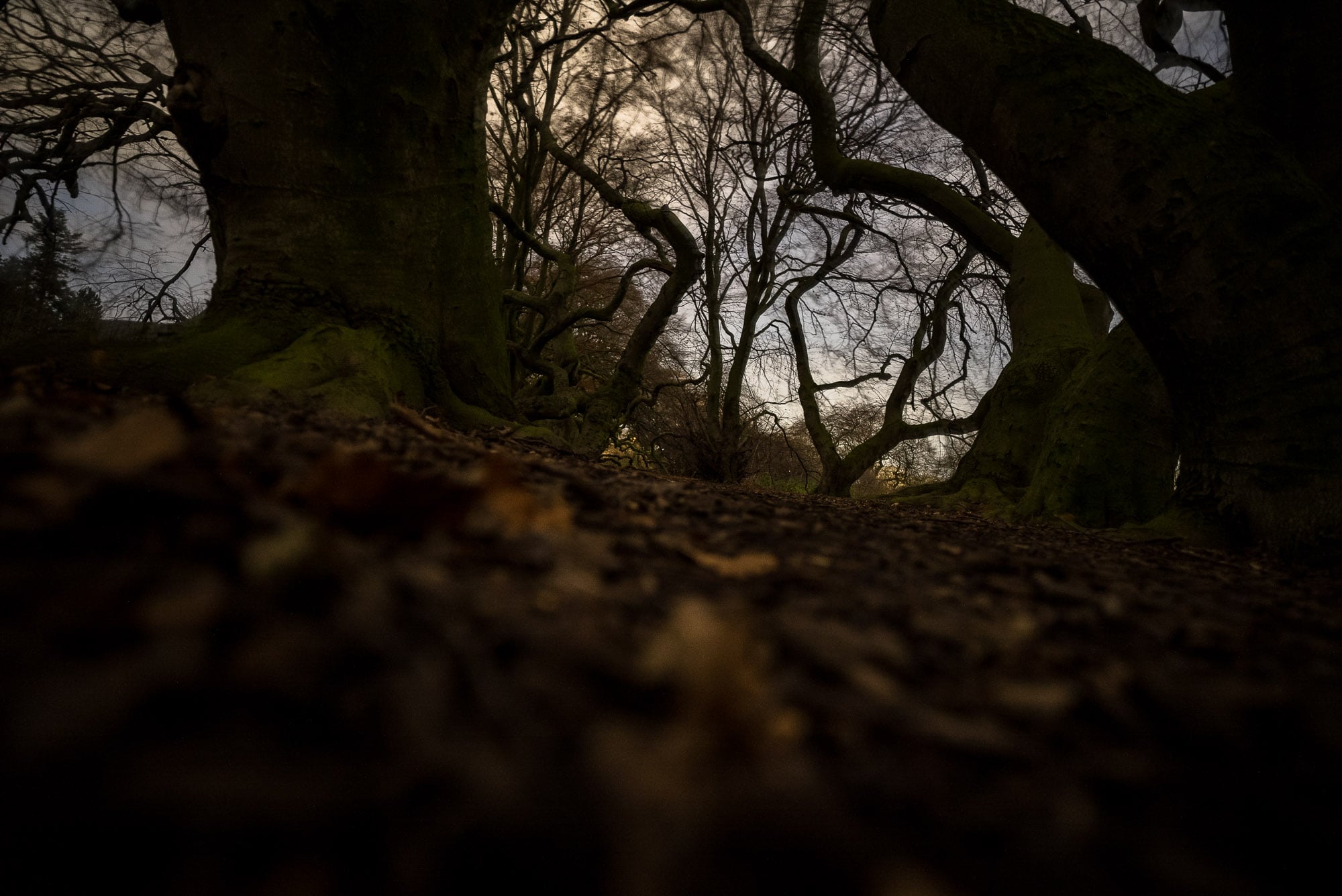 I had once made a short video for a friend’s band there: