We went to the Christkindlmarkt today, one of the most famous Christmas Markets in the world. And yes, it is called “Christ Child Market”. Nobody is trying to rename it, and our values are not under attack.

It is, however, interesting that there are two entities that deliver Christmas presents in Germany. One is Santa Claus (who used to wear a brown cloak but exchanged it for red towards the end of the 19th century – because of an ad campaign by Coca-Cola), the other one is “Christ Child” (a sort of Baby Jesus if you will).

Originally, many centuries ago, all Christian Germans were Catholic (there was only Catholicism in Germany at the time), and they all had their presents delivered by Santa Claus. But then in the early 16th century Martin Luther came along, and he didn’t like the idea of some fat man in a coat bringing presents, and so he thought up the concept of Christ Child. After all Christmas was supposed to be Jesus’ birthday, so why wouldn’t he play a role?

So after Protestantism appeared, a part of the population (the Protestants) started saying no to Santa Claus and yes to Christ Child as the heavenly delivery service of Christmas Presents.

But there is a moral to this story: things are changing all the time. And in the end it doesn’t really matter as long as the kids are happy.

So anyway, the Christmas Market in Nürnberg was supposed to be one of the best in the world, and it was okay, but we didn’t think it was that great: 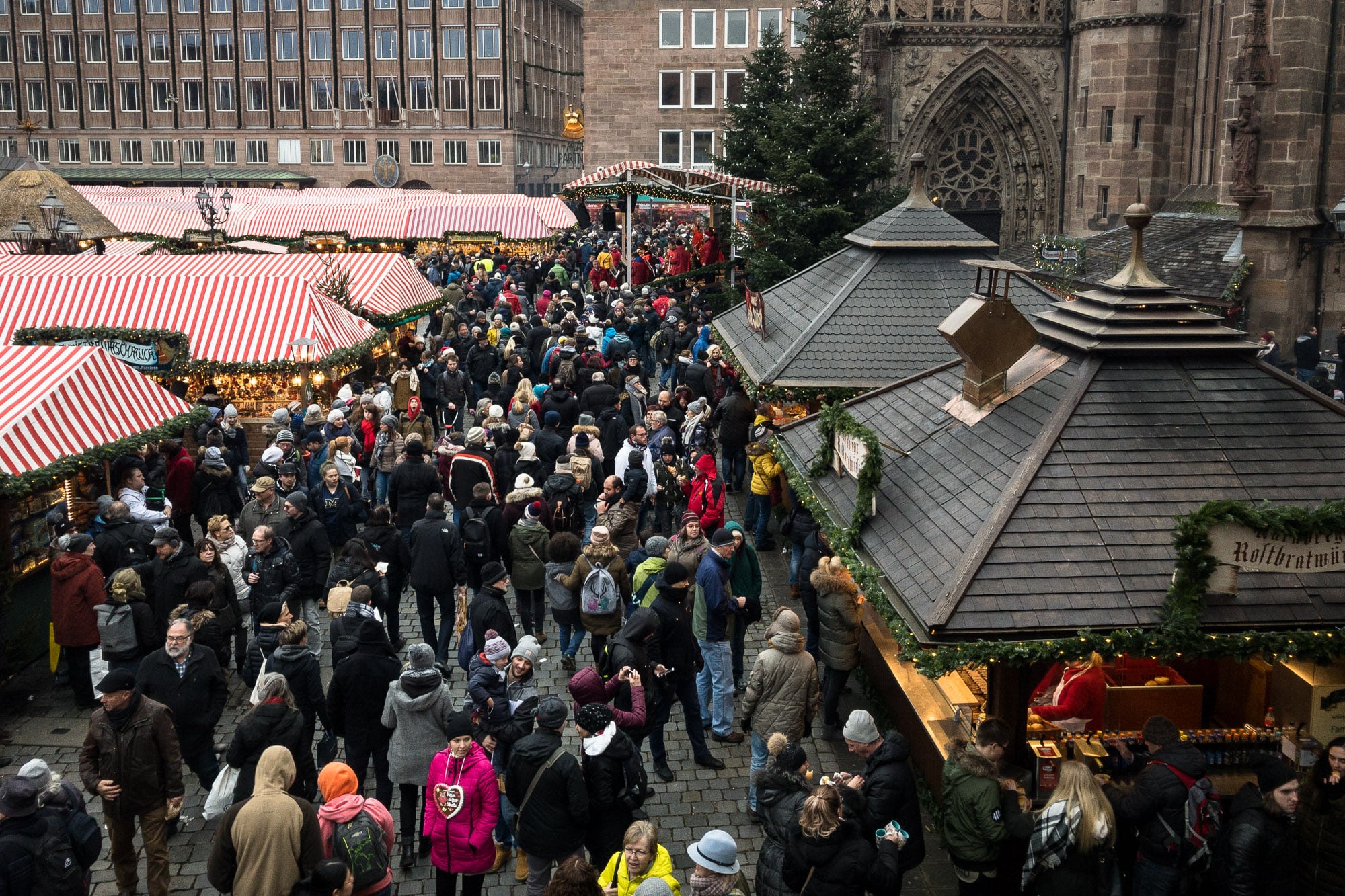 We drank some lumumba, which is basically hot cocoa with amaretto or rum. It was expensive and it didn’t make us drunk.

There was a big fat castle on the top of a hill, though: 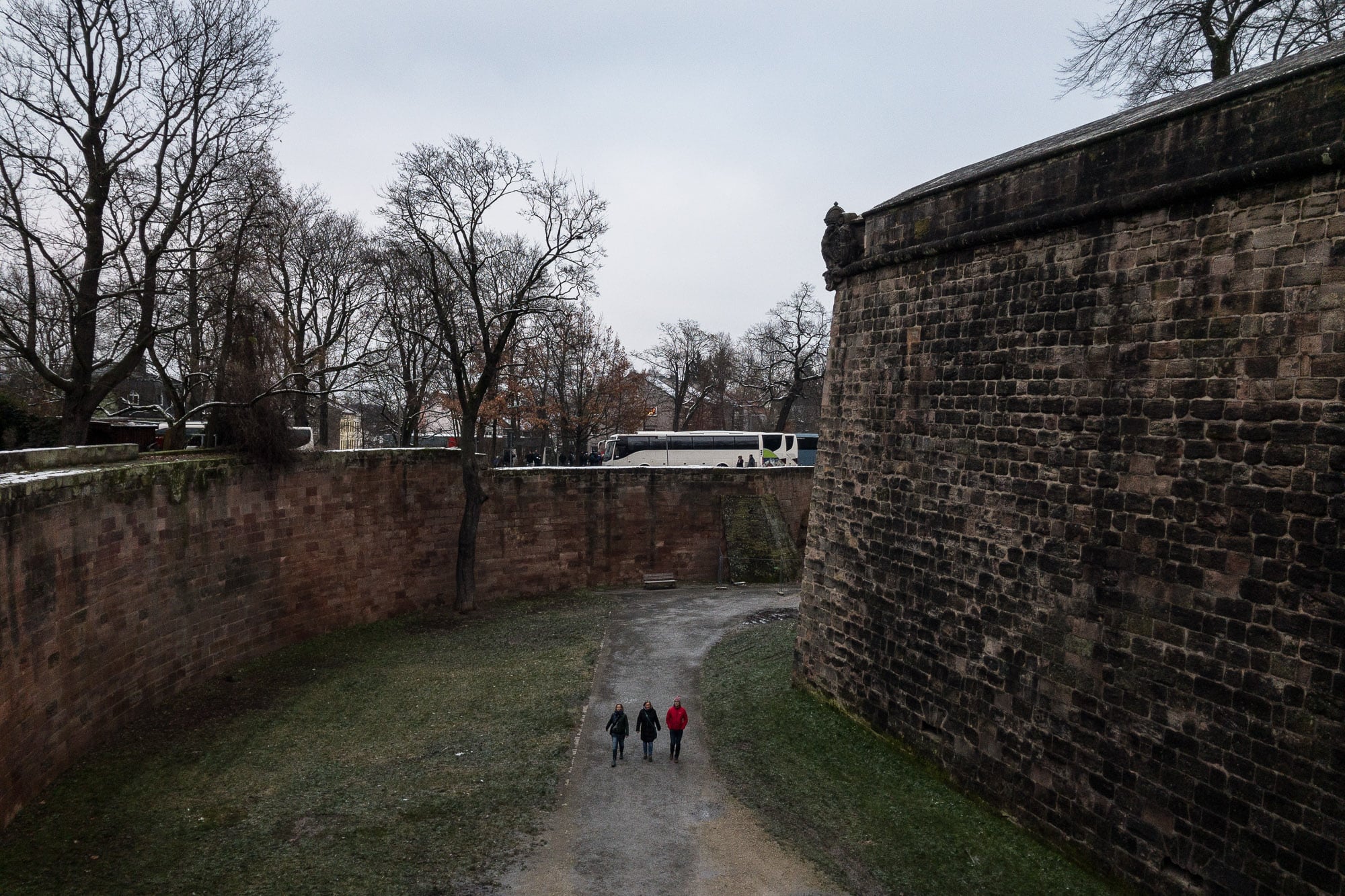 And I got a new Christmas hat like the one I was wearing in Uzbekistan the year before: 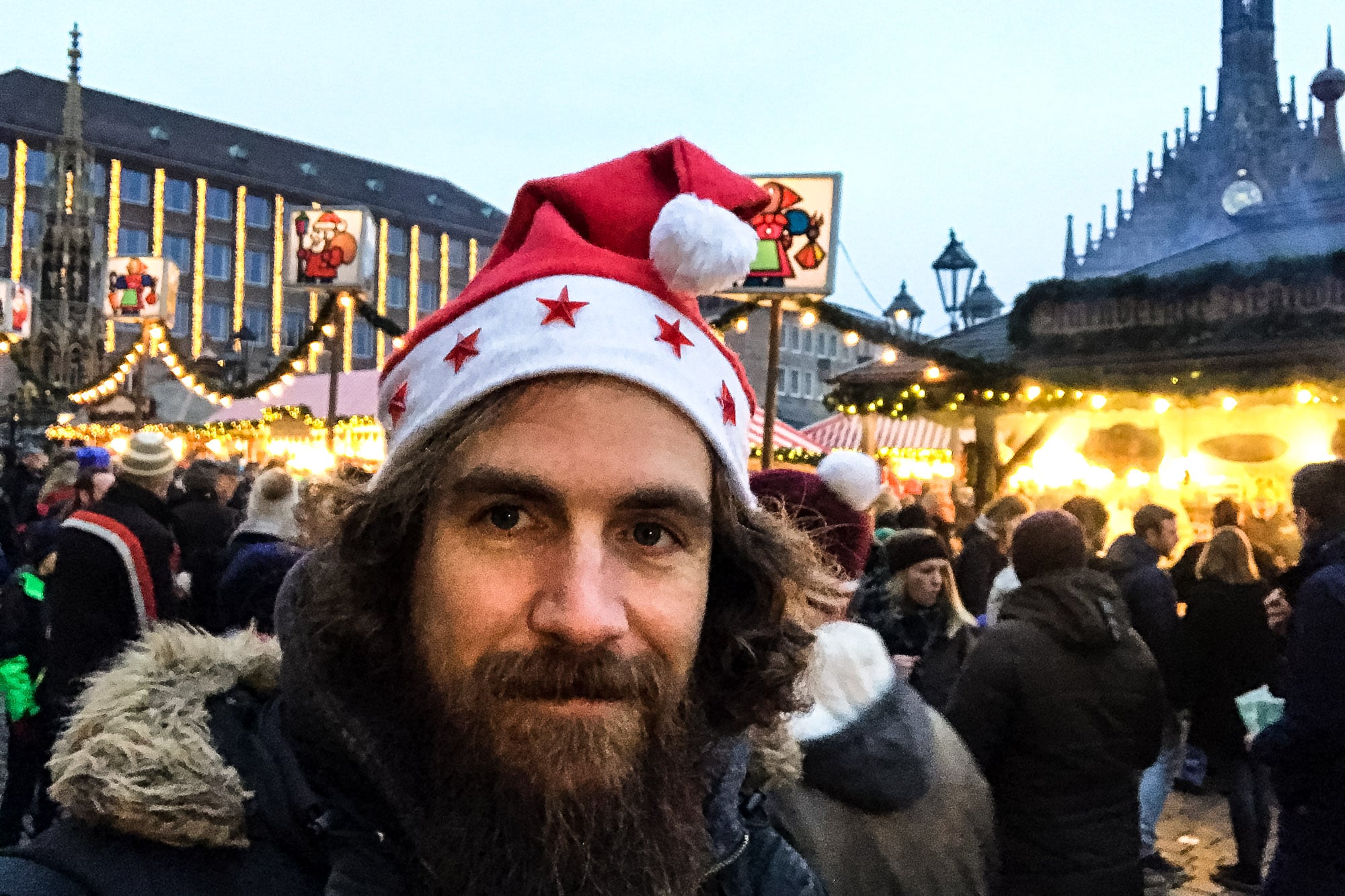 One thing about Nürnberg turned out to be surprising, though: 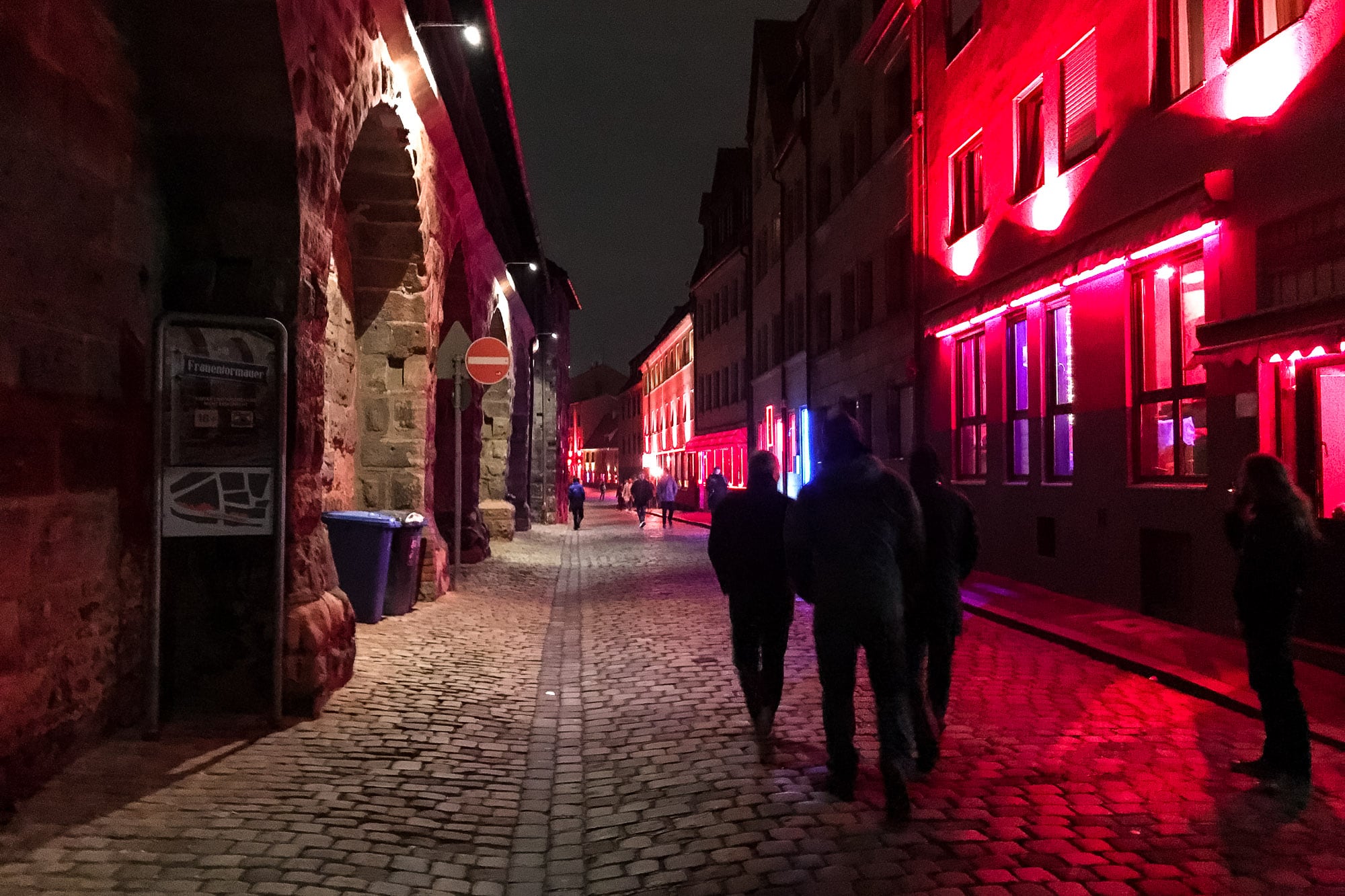 It had a full-fledged red light district.