I woke up in a rather peculiar hotel: 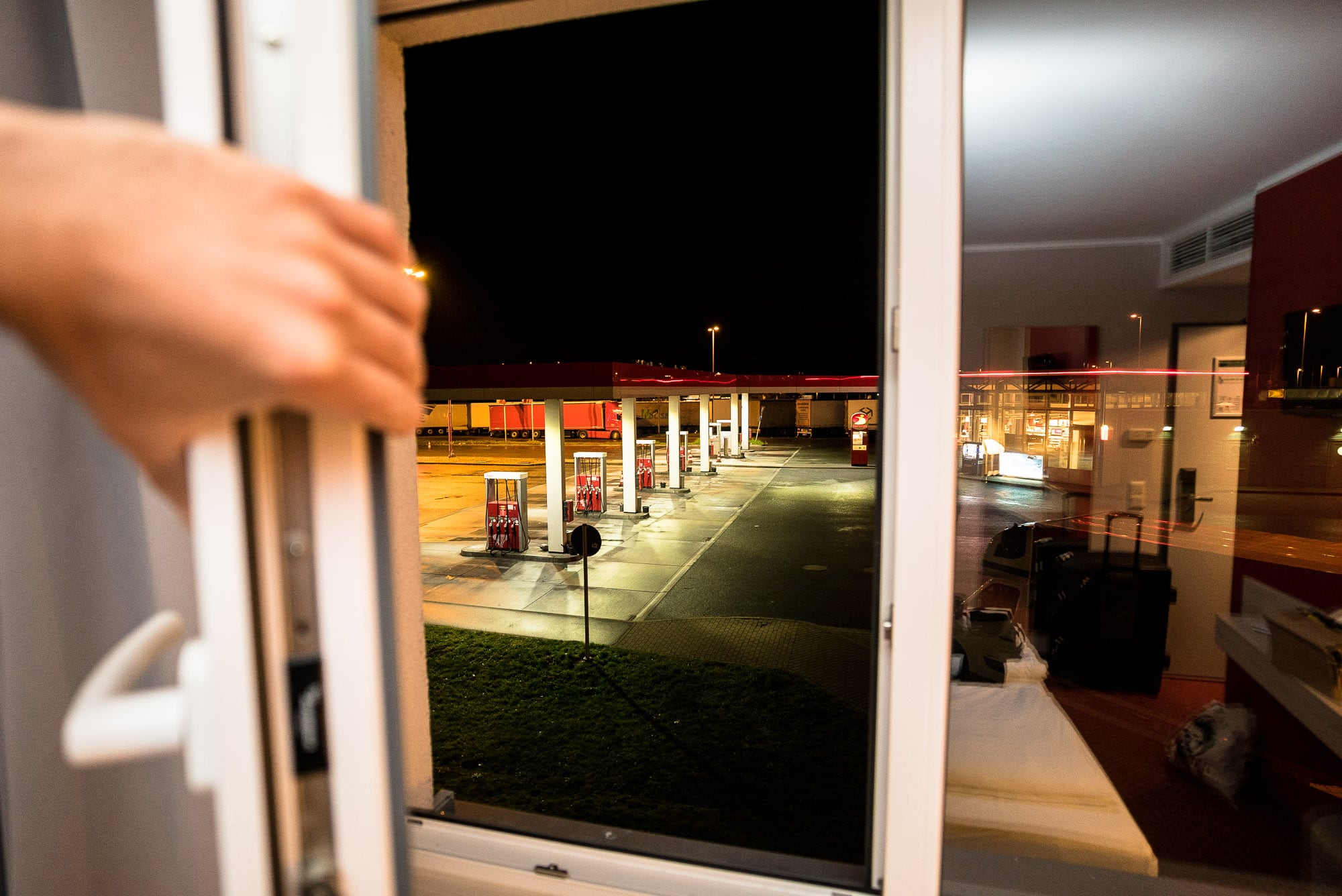 It was located right next to the Autobahn, near a town called Feucht. I had picked it the night before while browsing the map, mainly because I liked the name Feucht (“moist”), and because I liked the location. It was close to the site of the Nazi Party Rally Grounds near Nuremberg.

I had a bagel with some tea and some Halliburton for breakfast/lunch: 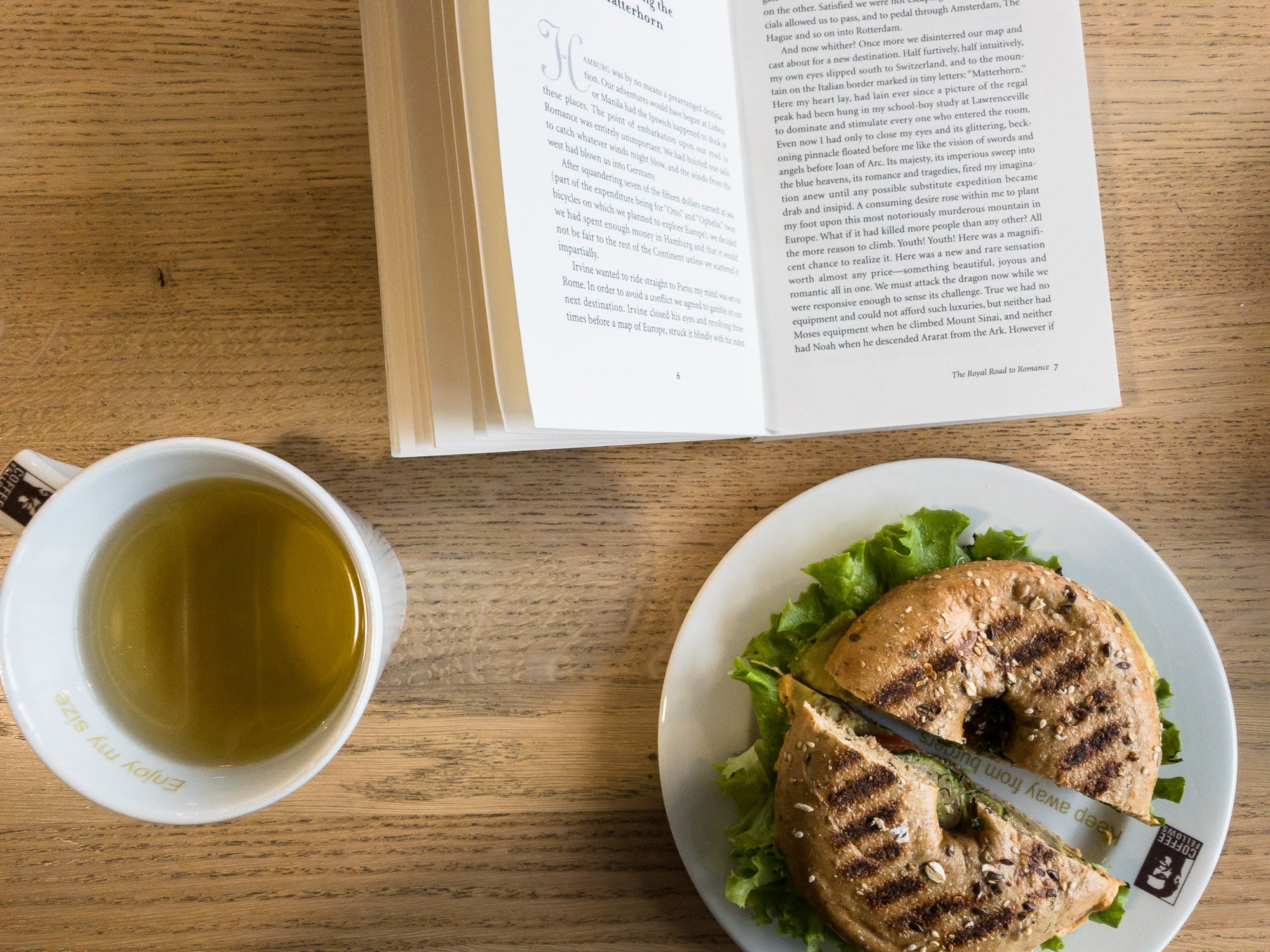 Then I drove to the Nuremberg Documentation Center Nazi Party Rally Grounds: 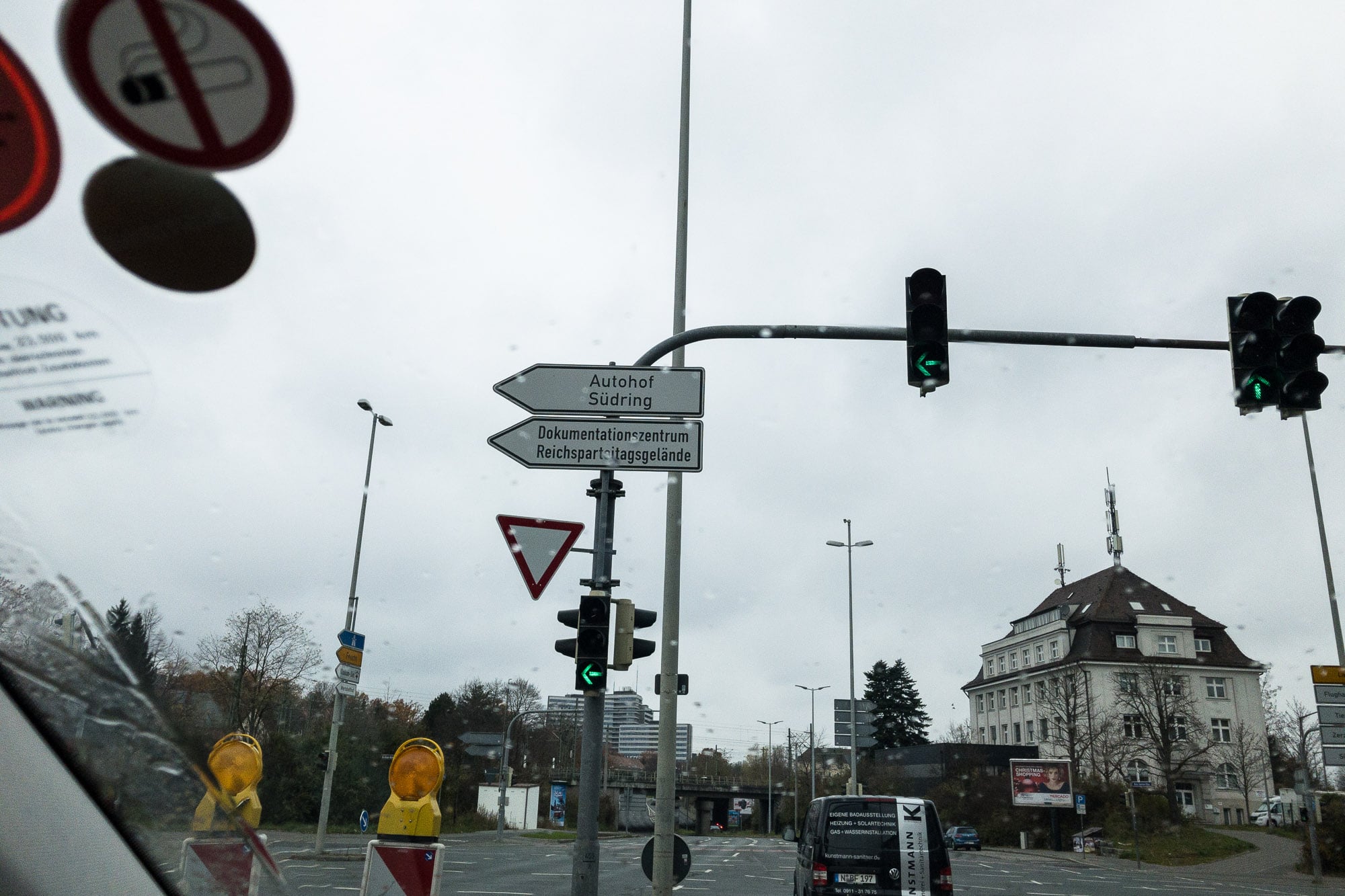 The place was massive: 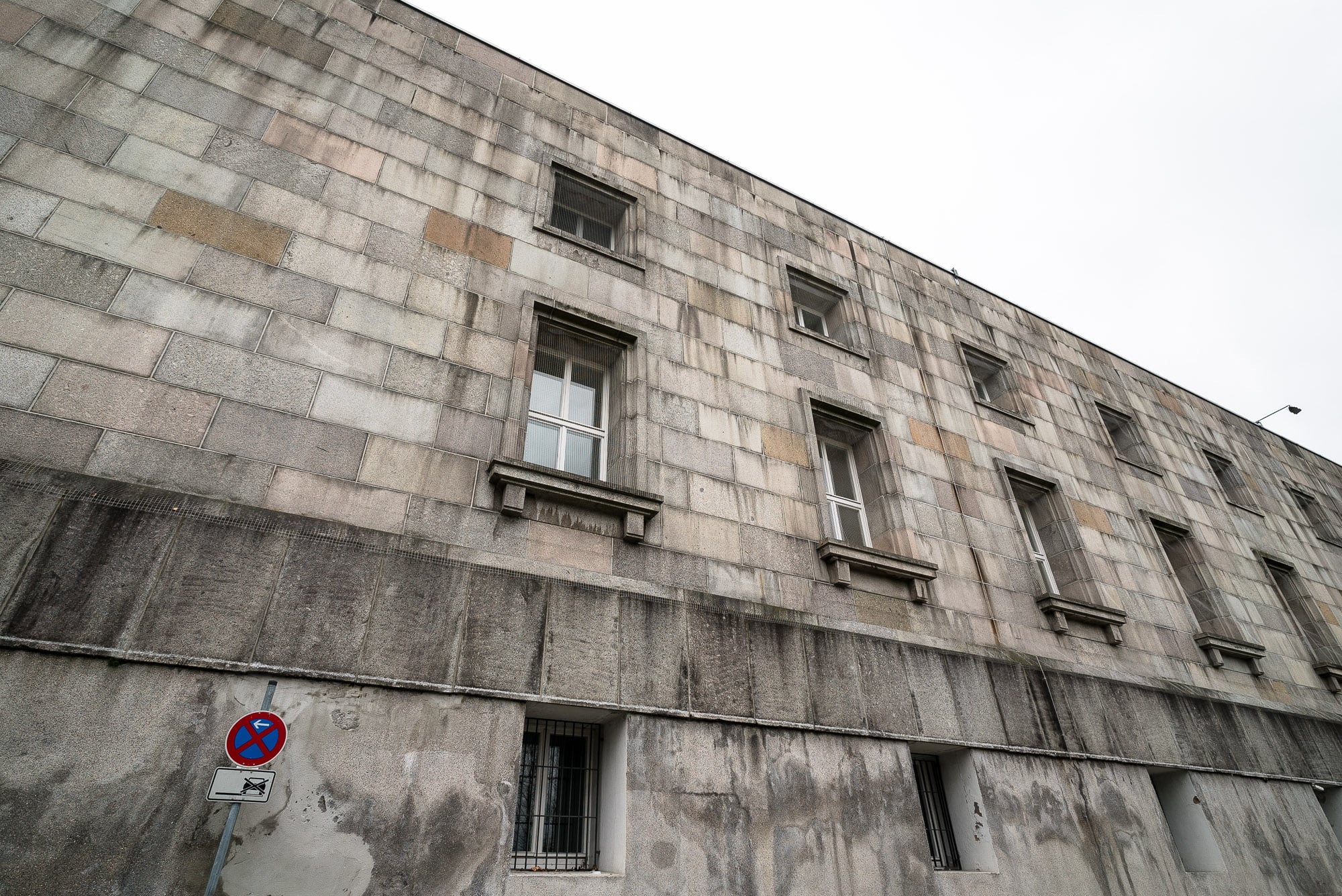 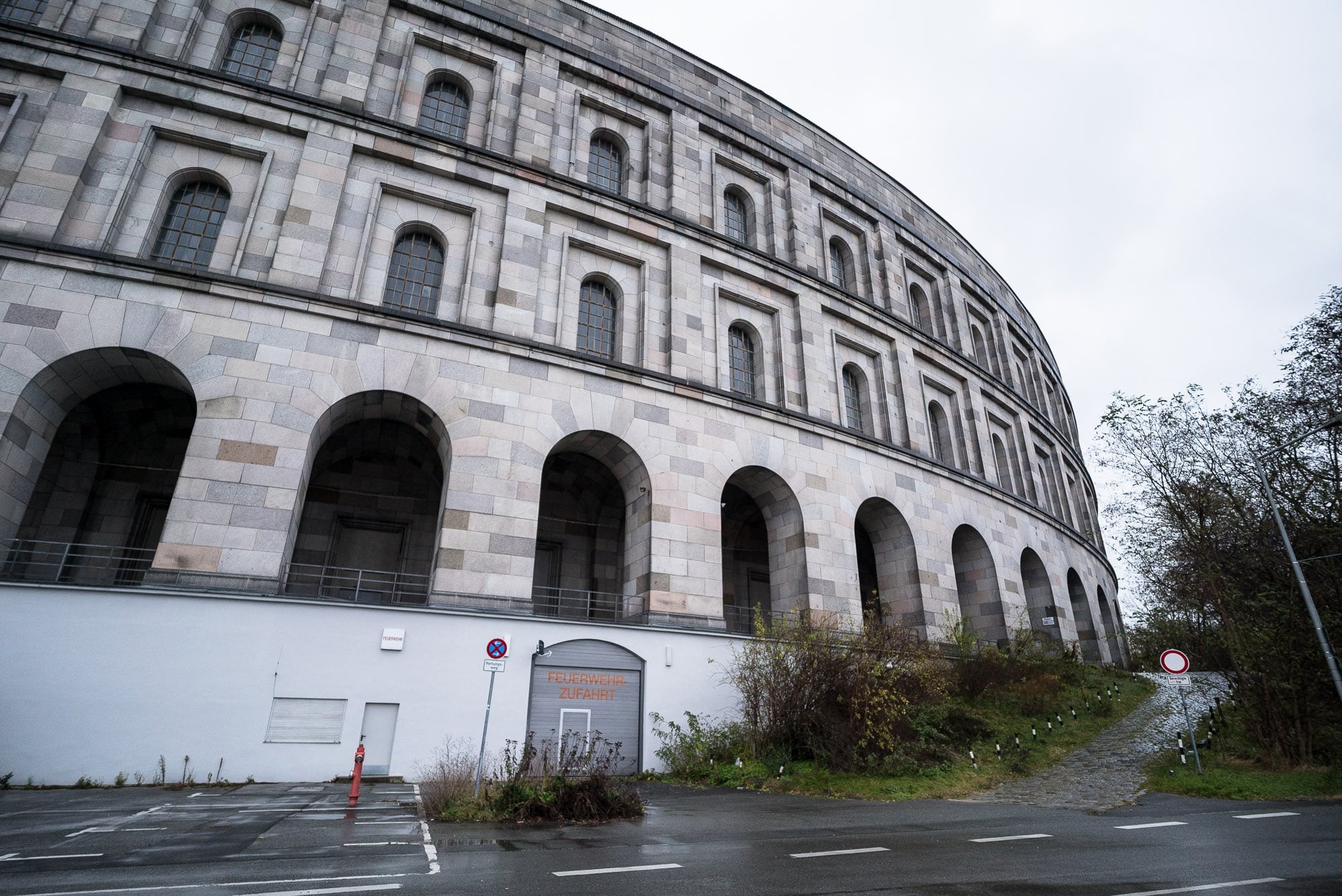 The documentation center was inside an unfinished Nazi Party Congress Hall: 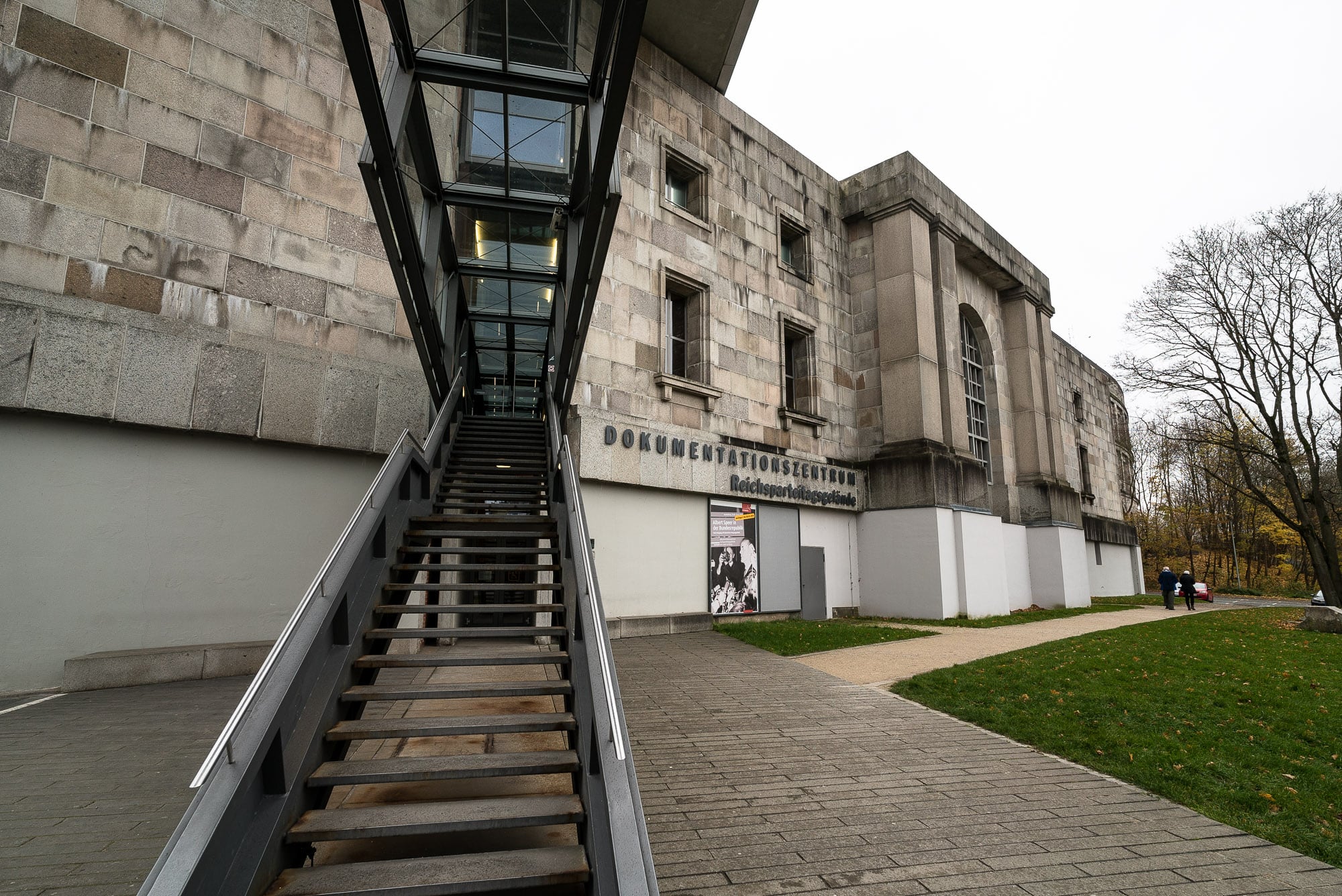 It seemed as though whoever had built the museum had, while leaving the fundamental structure largely untouched, decided to break through it by inserting whatever modern elements they needed: 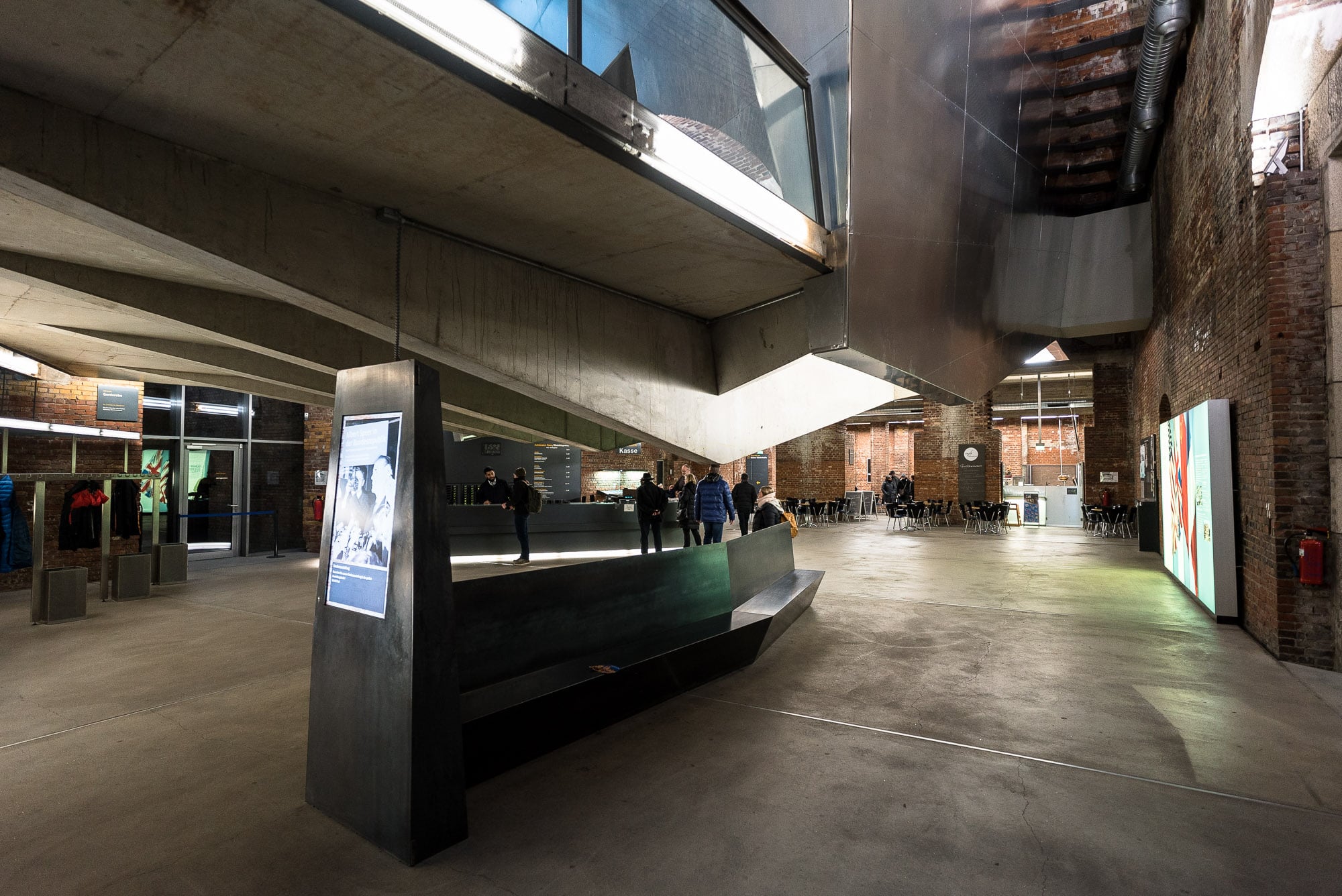 The permanent exhibition was alright. It was a bit general, basically just re-telling the story of the rise and fall of Nazi Germany. It had a bunch of pictures, videos, and artefacts on display. There was this edition of Mein Kampf, for example: 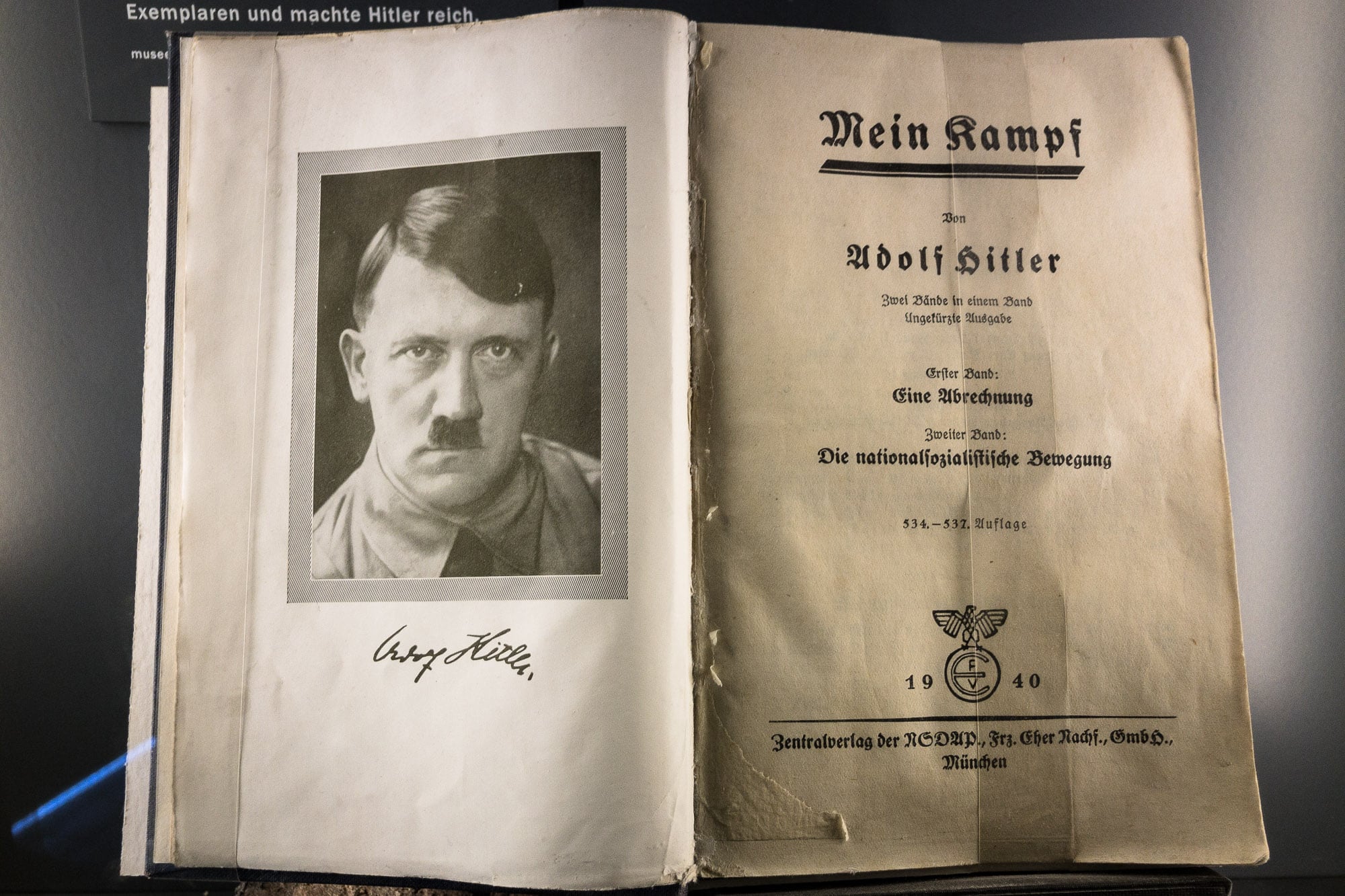 Mein Kampf, by the way, has never been “outlawed” or “censored” in post-war Germany. It was a copyright issue. German copyright laws protect the intellectual property of the author until seventy years after their death. Hitler, albeit being a mass murderer and a giant dickhead, still had copyrights. So after he died in 1945, his intellectual rights to Mein Kampf were still protected. And since he didn’t have an heir, all of his stuff ended up belonging to the German State of Bavaria. And the Bavarian government simply never reprinted the book, nor did it allow anyone else to print it.

That’s why up until last year, there were no new editions of Mein Kampf.

There was a temporary exhibition about Albert Speer in the documentation center: 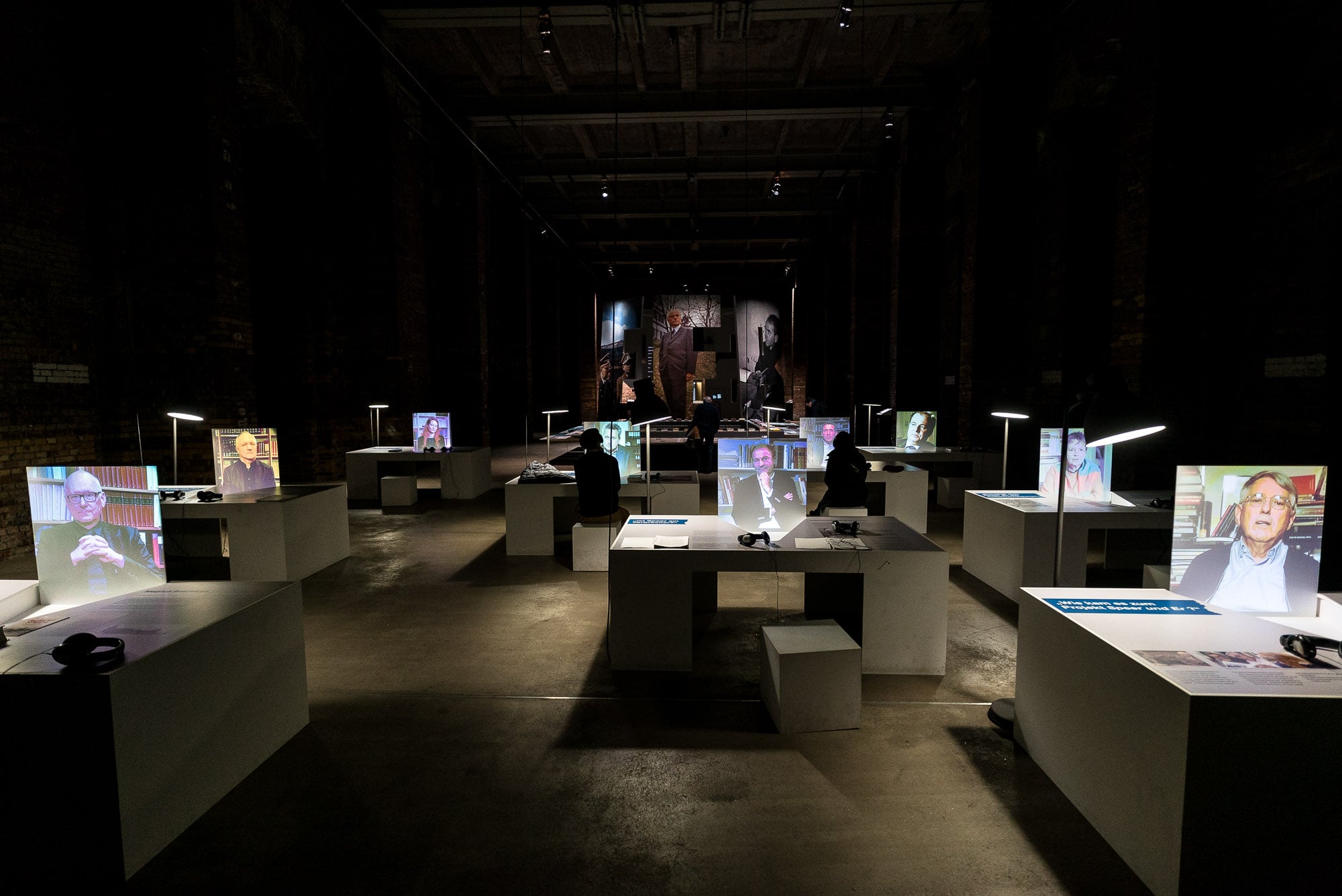 I found it more interesting than the permanent exhibition, because it was rather specific, and because I had always found the eagerness with which post-war Germany was willing to forgive Albert Speer (a nazi war criminal) utterly fascinating.

It seems as though many people wanted to see themselves as “victims” of Hitler’s manipulation, and Speer was their champion. If he could be (sort of) innocent, then who couldn’t?

I walked around in the unfinished courtyard of the Nazi Congress Hall: 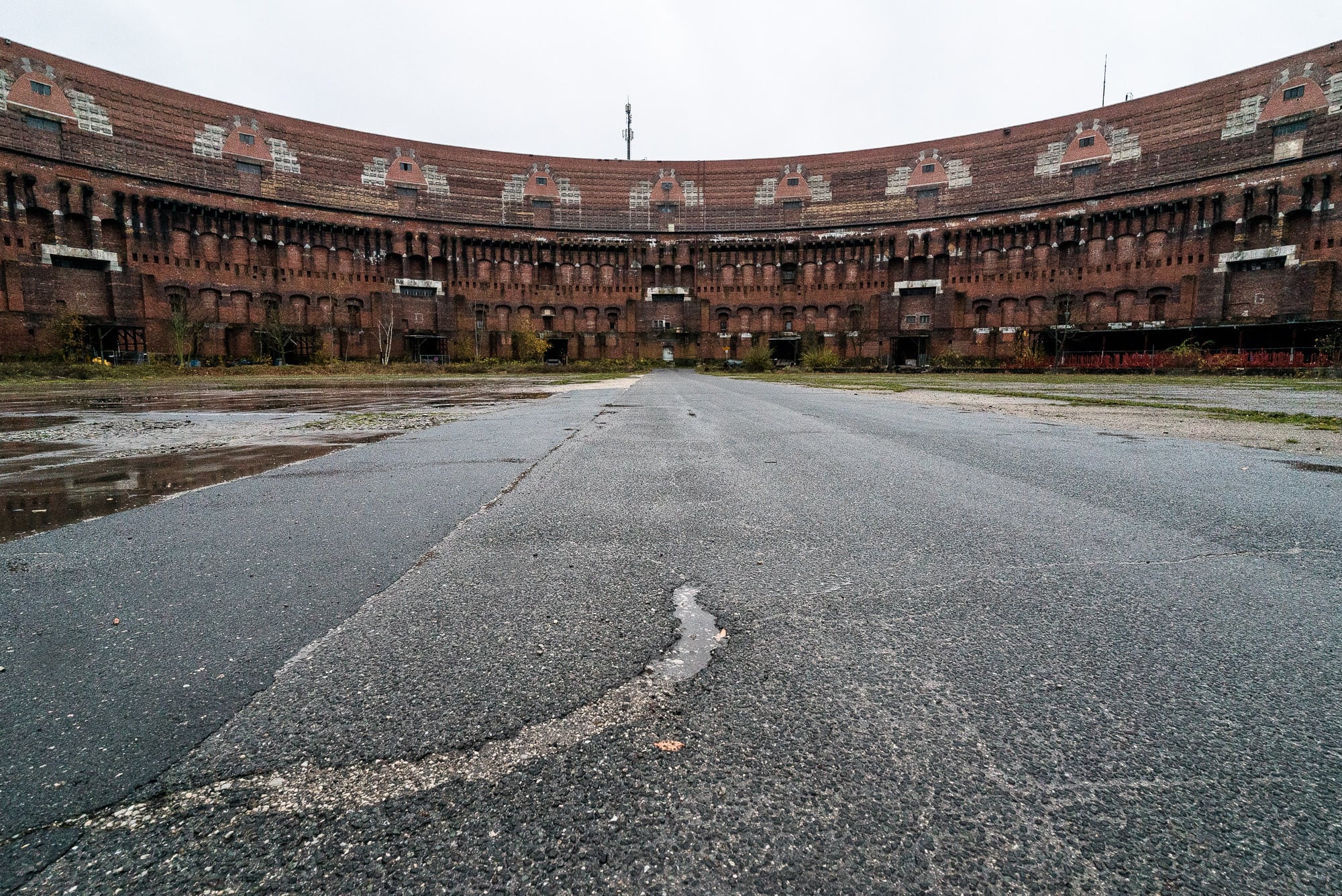 Then I drove to the place where Hitler and his minions used to have their big Nazi Party Rallies: 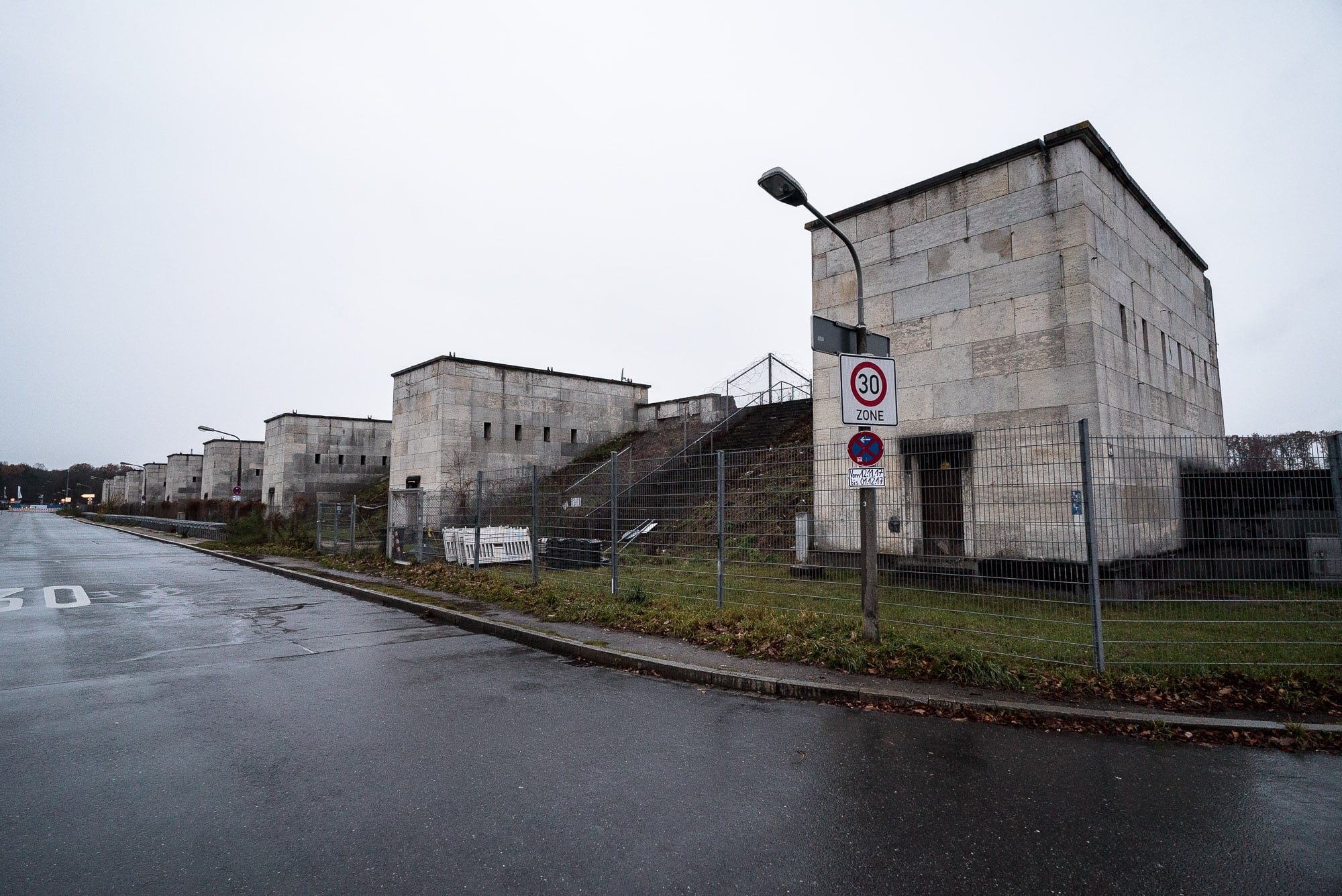 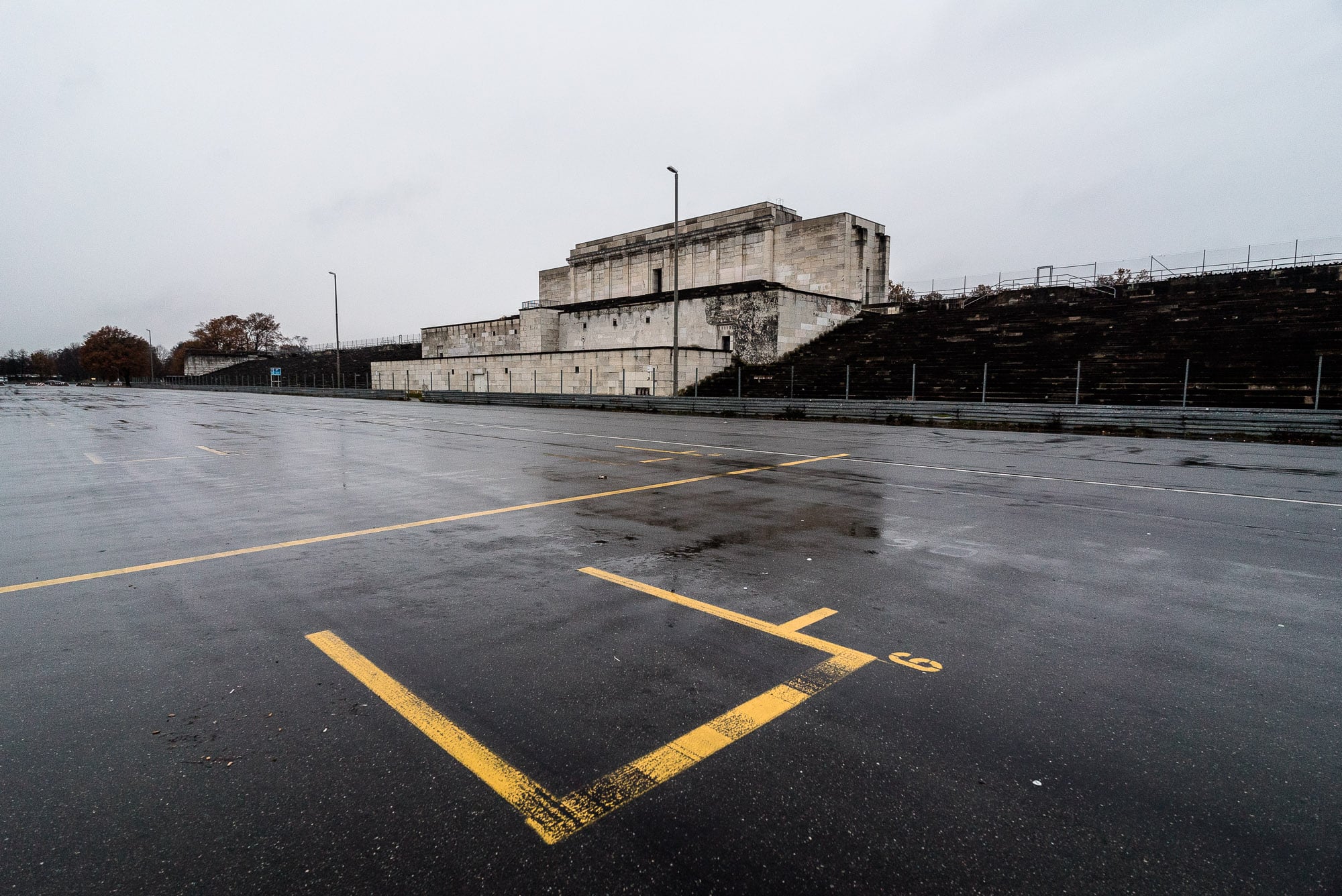 It was very strange seeing the grandstand almost fully intact: 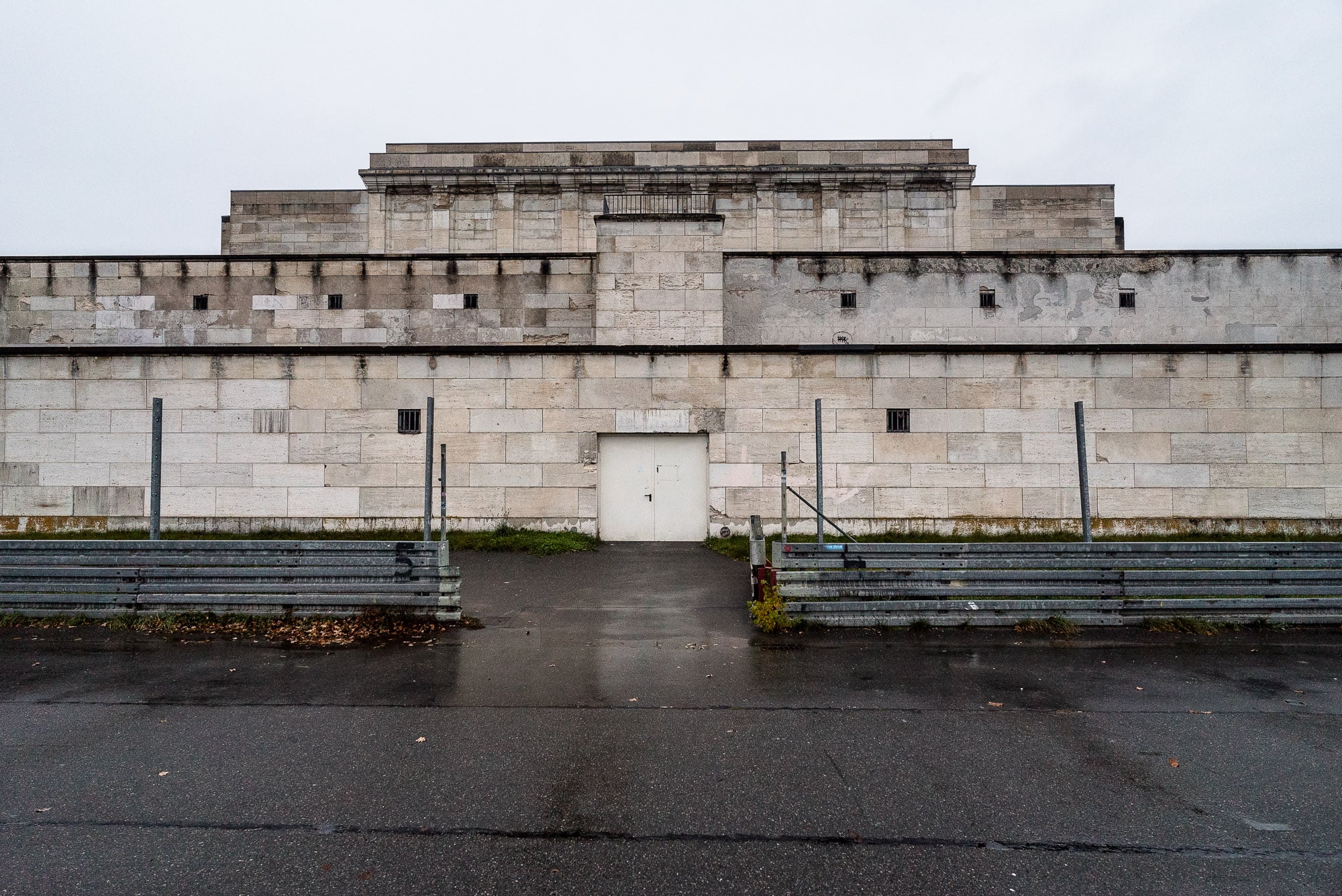 And it was freely accessible, too: 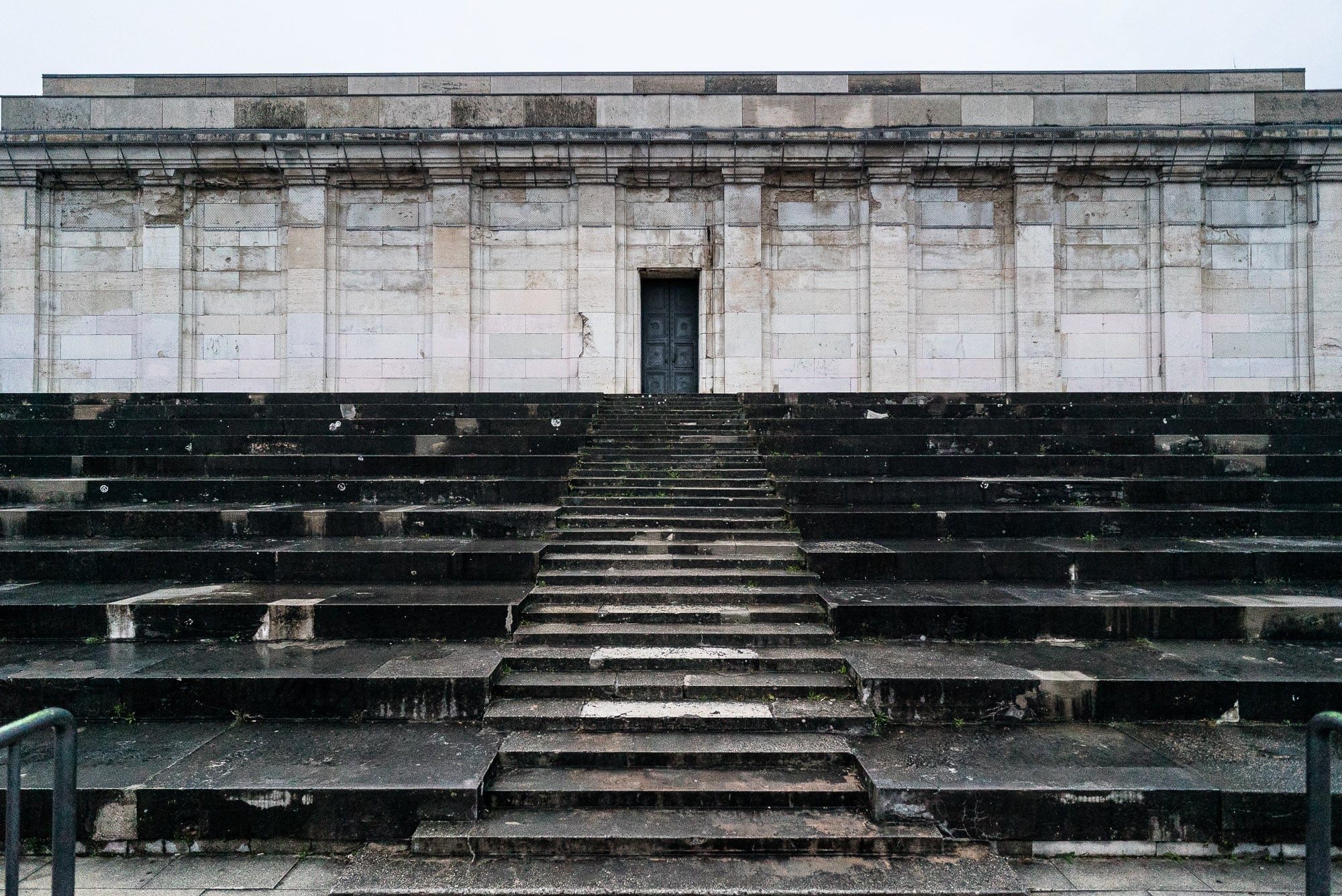 I took a little video because I wanted to further test the new camera:

The place was fascinating.

You could go all the way up and look down to where Hitler used to stand and deliver his speeches: 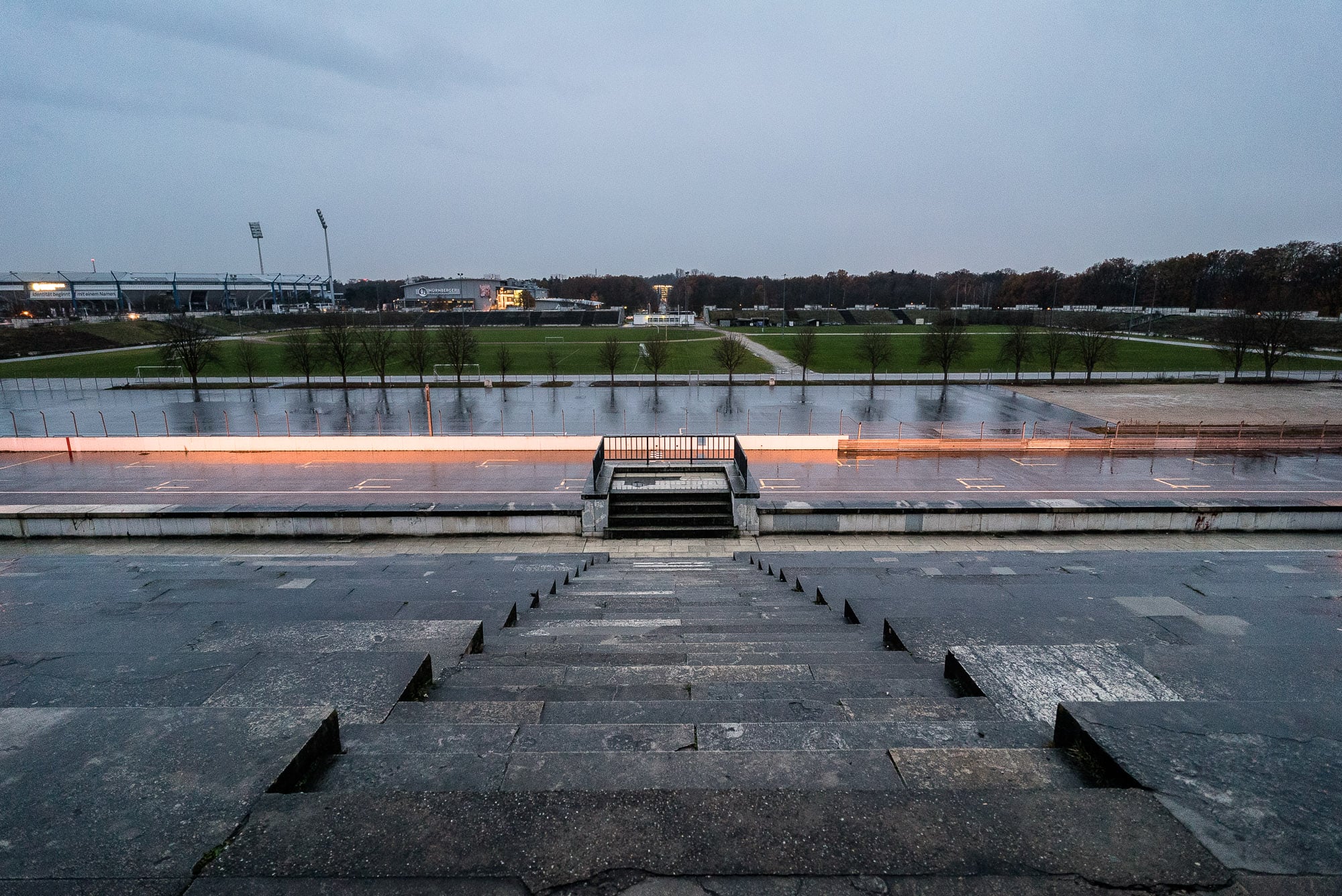 There was a large door: 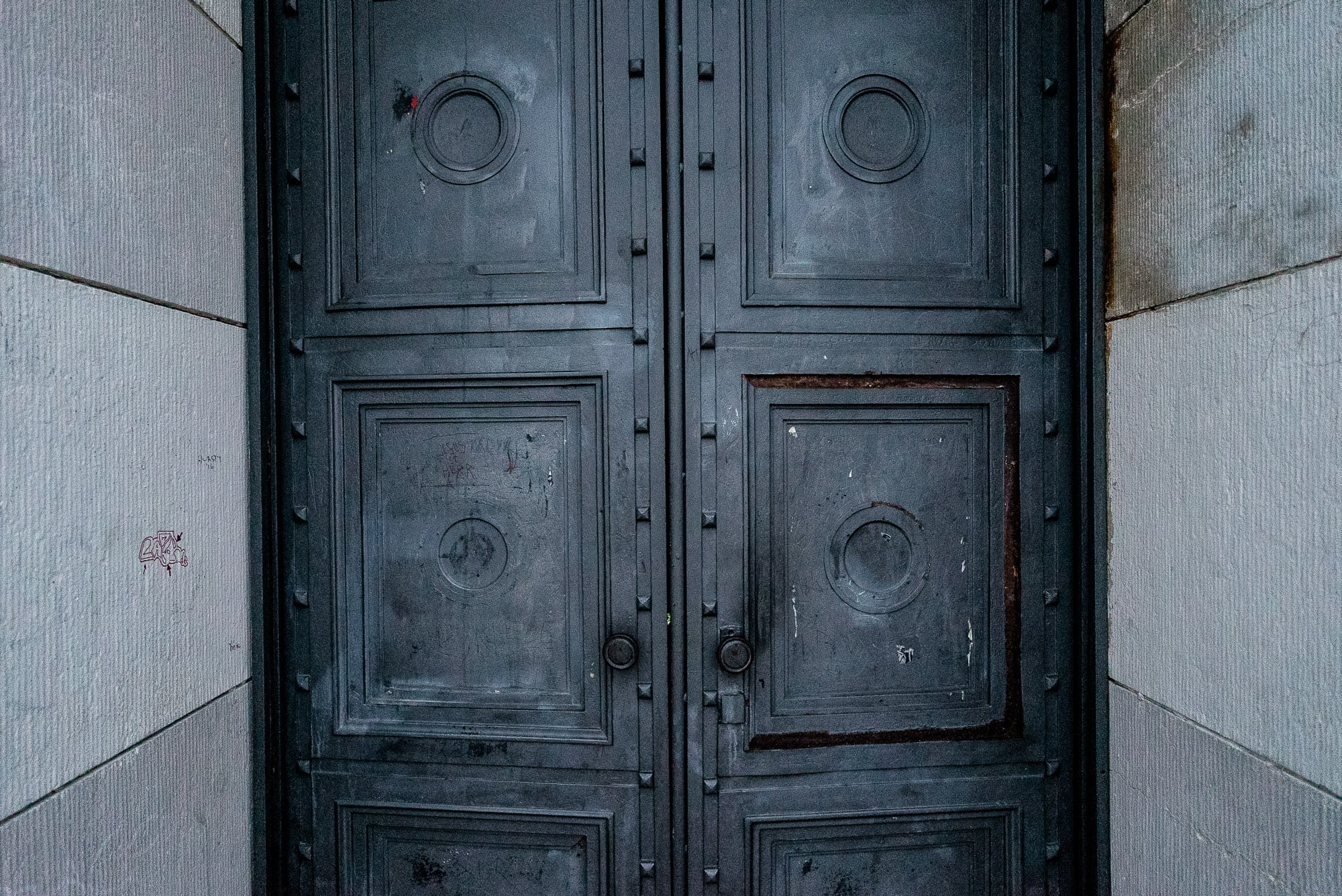 Would Hitler make his entry through this door?

And there was the podium: 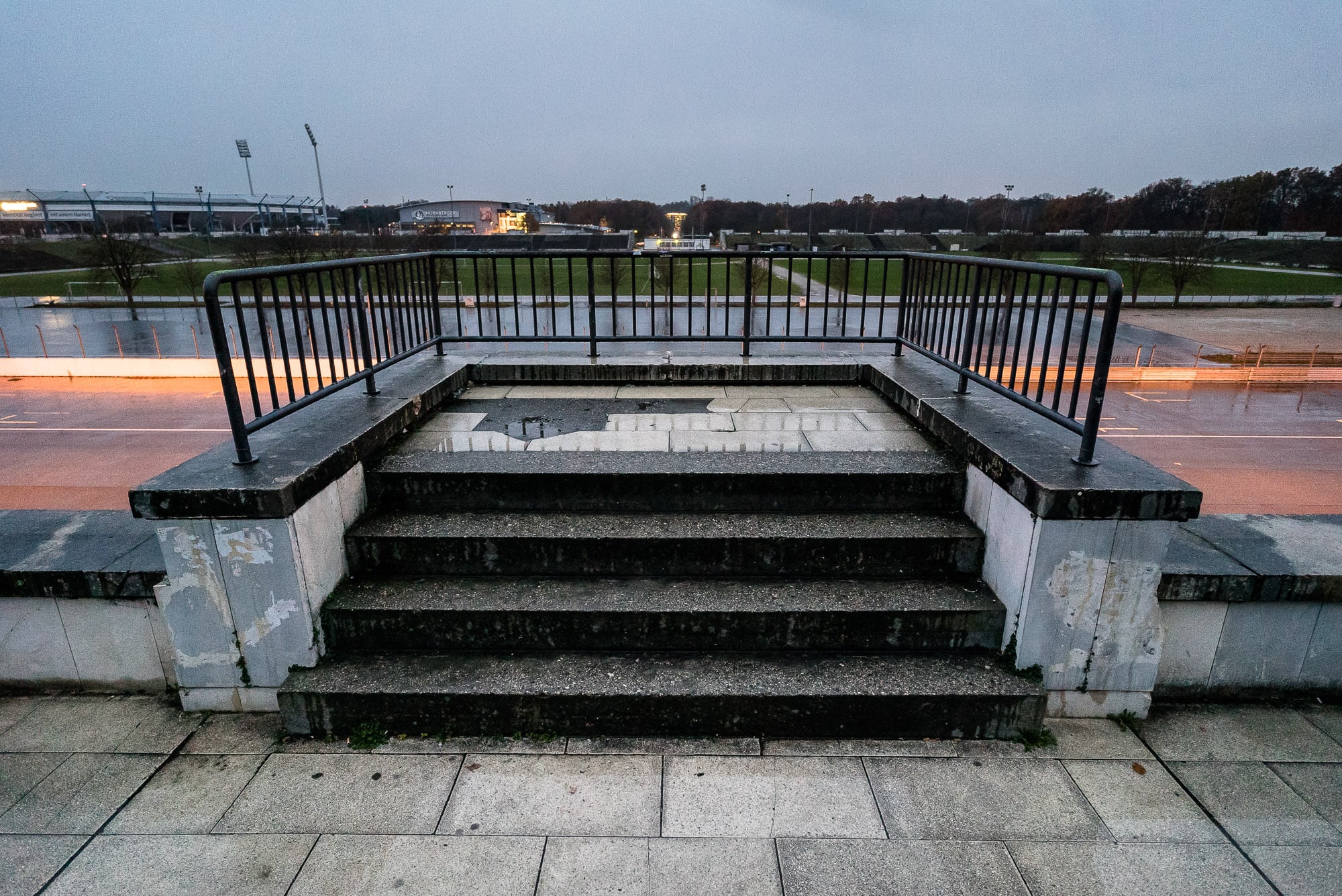 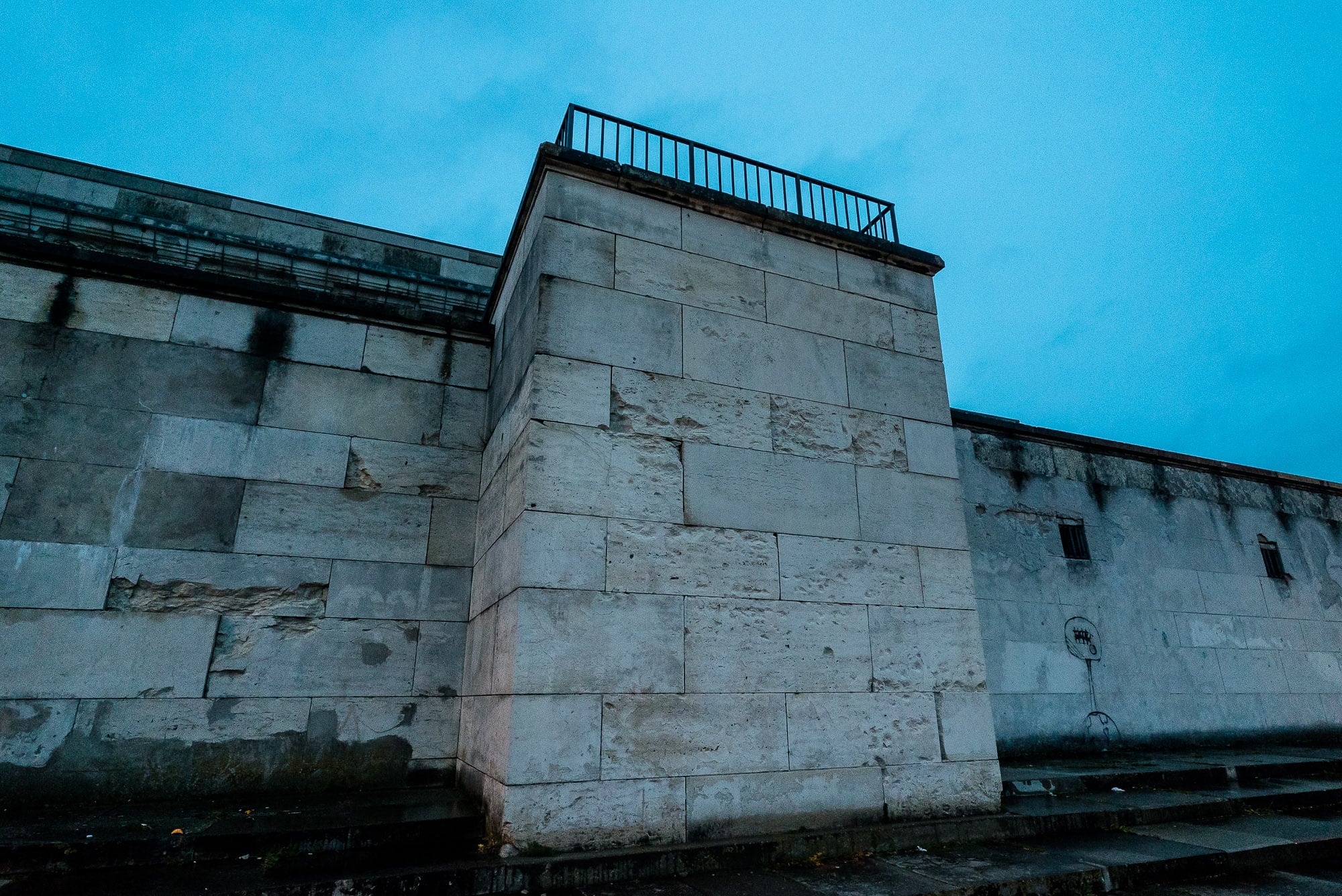 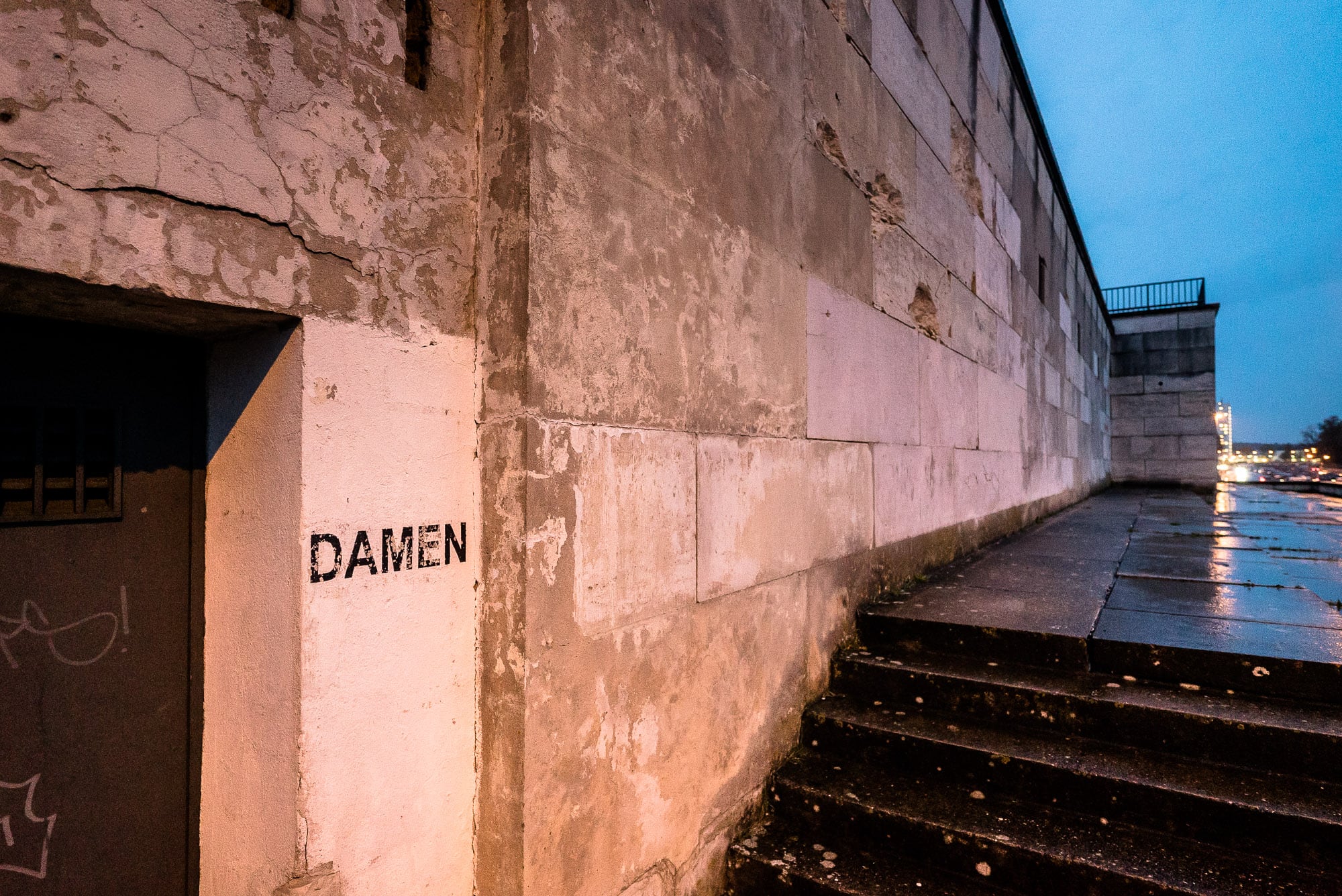 They were locked, and I figured this could only mean that they were part of the original structure. It was only logical: Hitler would stand on his podium and deliver speeches or look at parades for hours, and maybe some of his more feeble minions needed to pee and poop.

So they made a place where people could pee and poop right under the motherfucking “Führer”.