But I got on my flight anyway, and yet again I got a center seat: 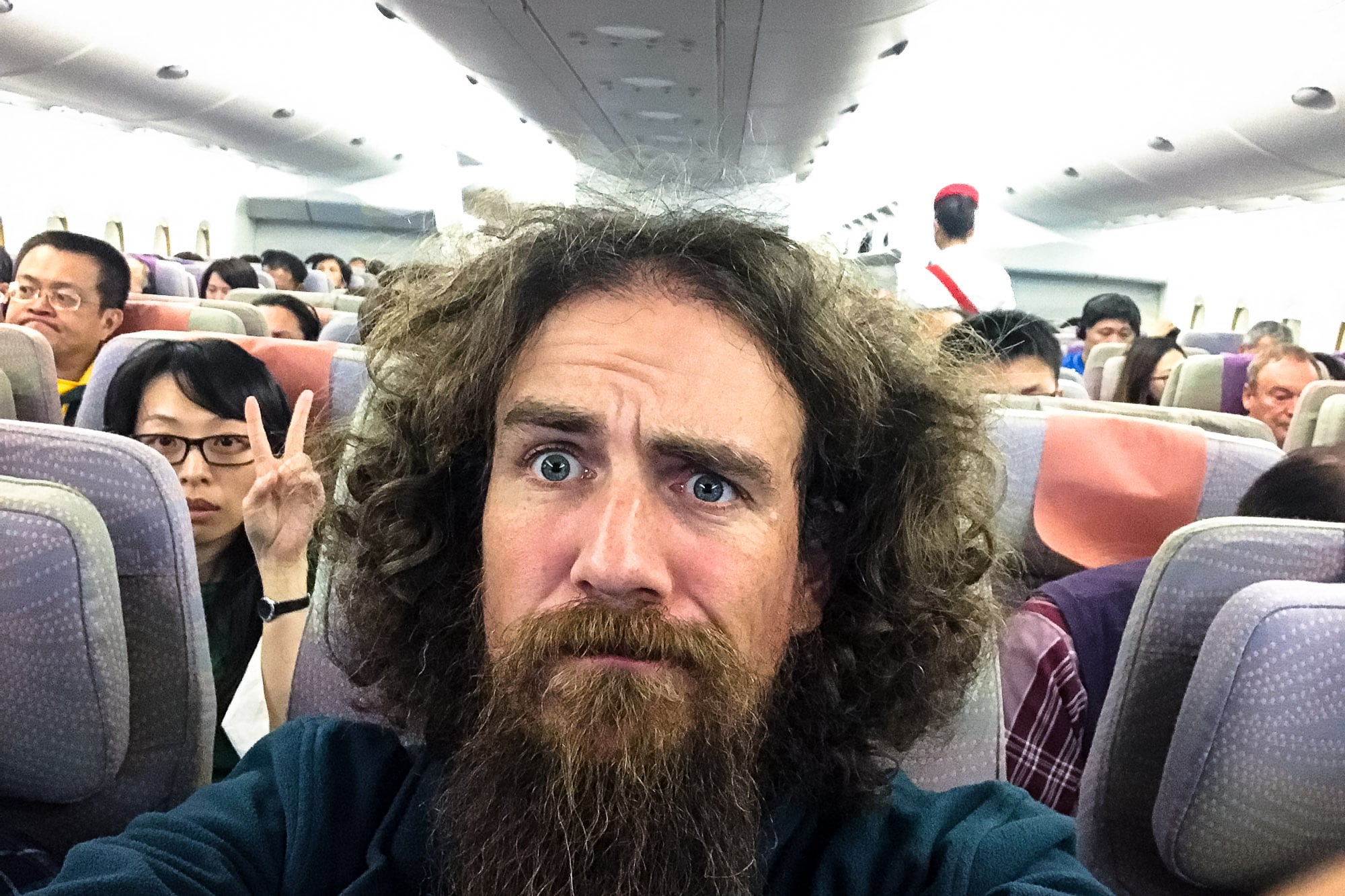 Little did I know that my second flight was going to be awesome, because I got a seat in the emergency exit lane: 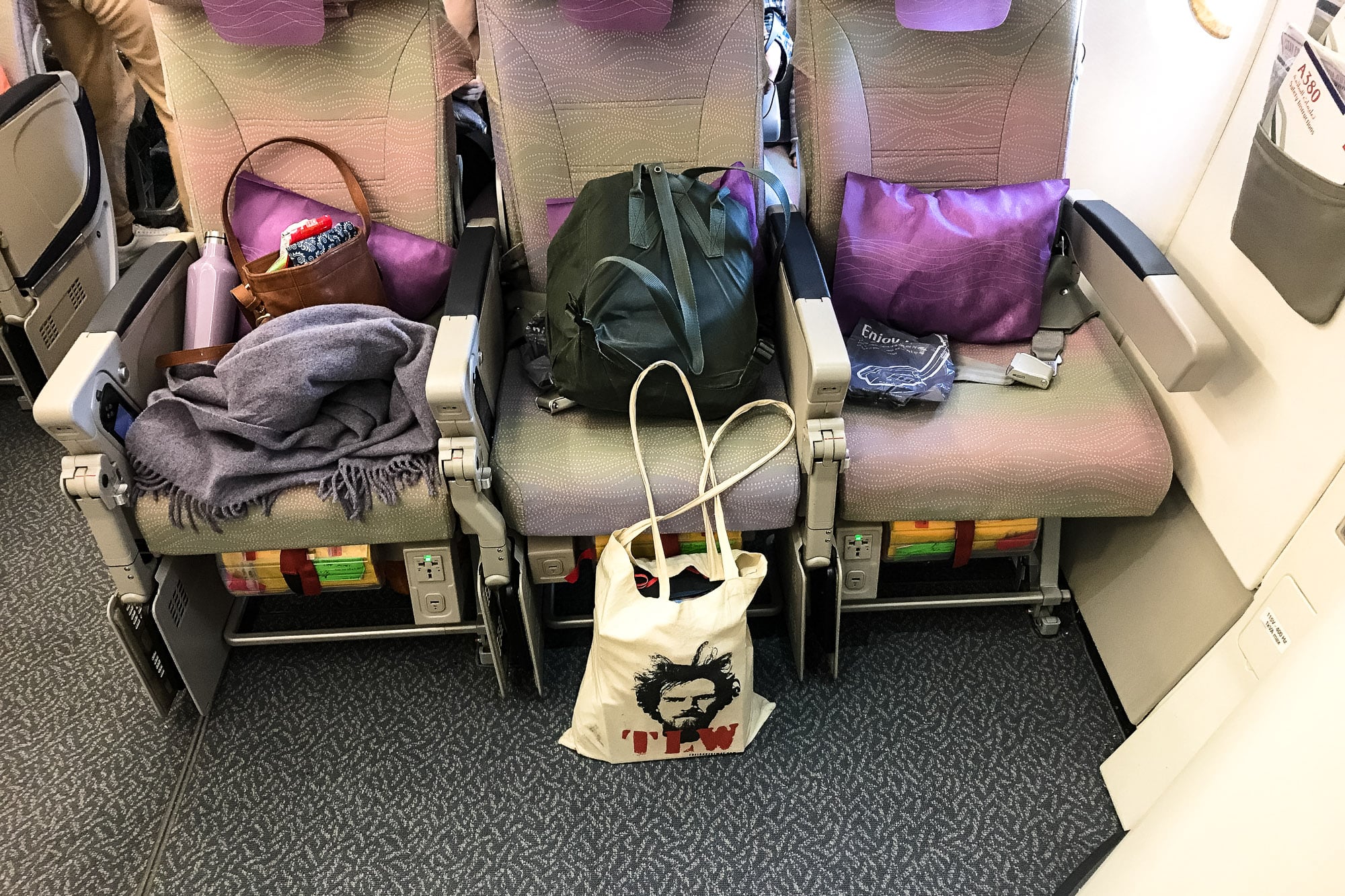 I sat, reclined, read, watched the remaining part of Wonder Woman, and I made use of these stickers that the airline was giving out: 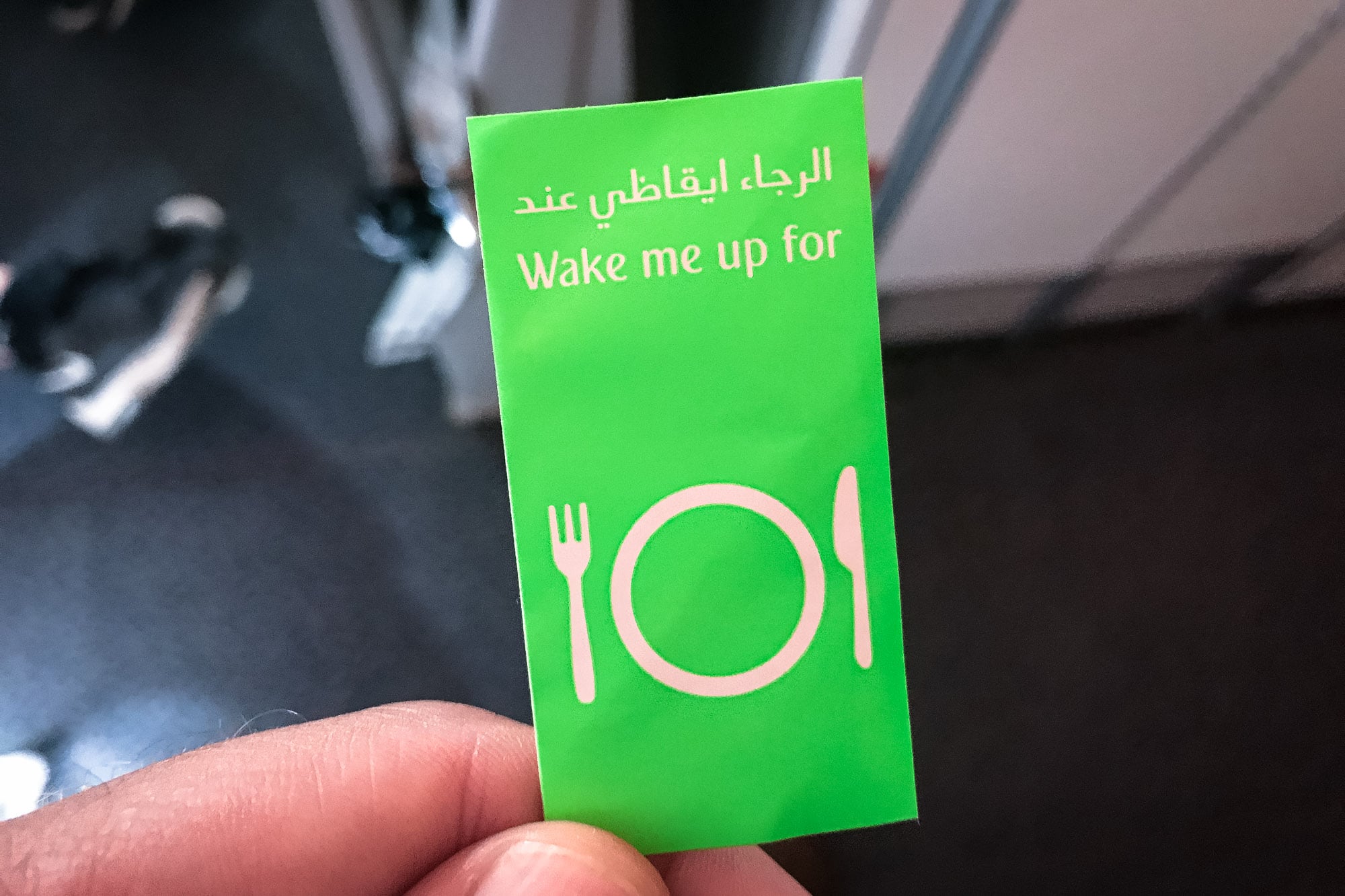 “Wake Me Up For…” actually seemed like a pretty good rule to live by.

When I got to Frankfurt, I looked for my luggage at the oversized baggage counter, which was really just a corner where someone had dropped people’s luggage on the floor: 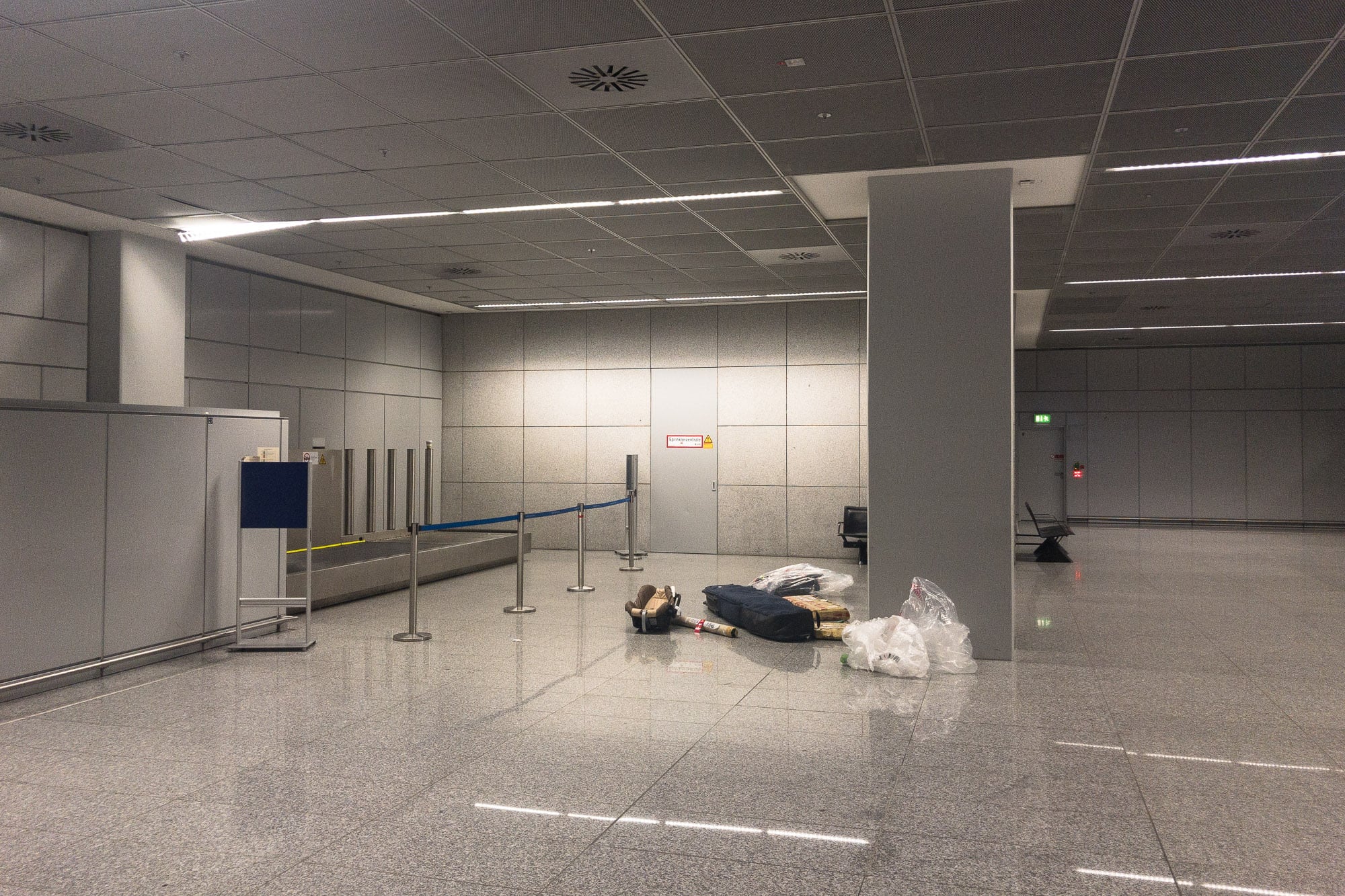 You had to pay money if you wanted to use a luggage trolley. Yes, Germany was apparently still a service desert. 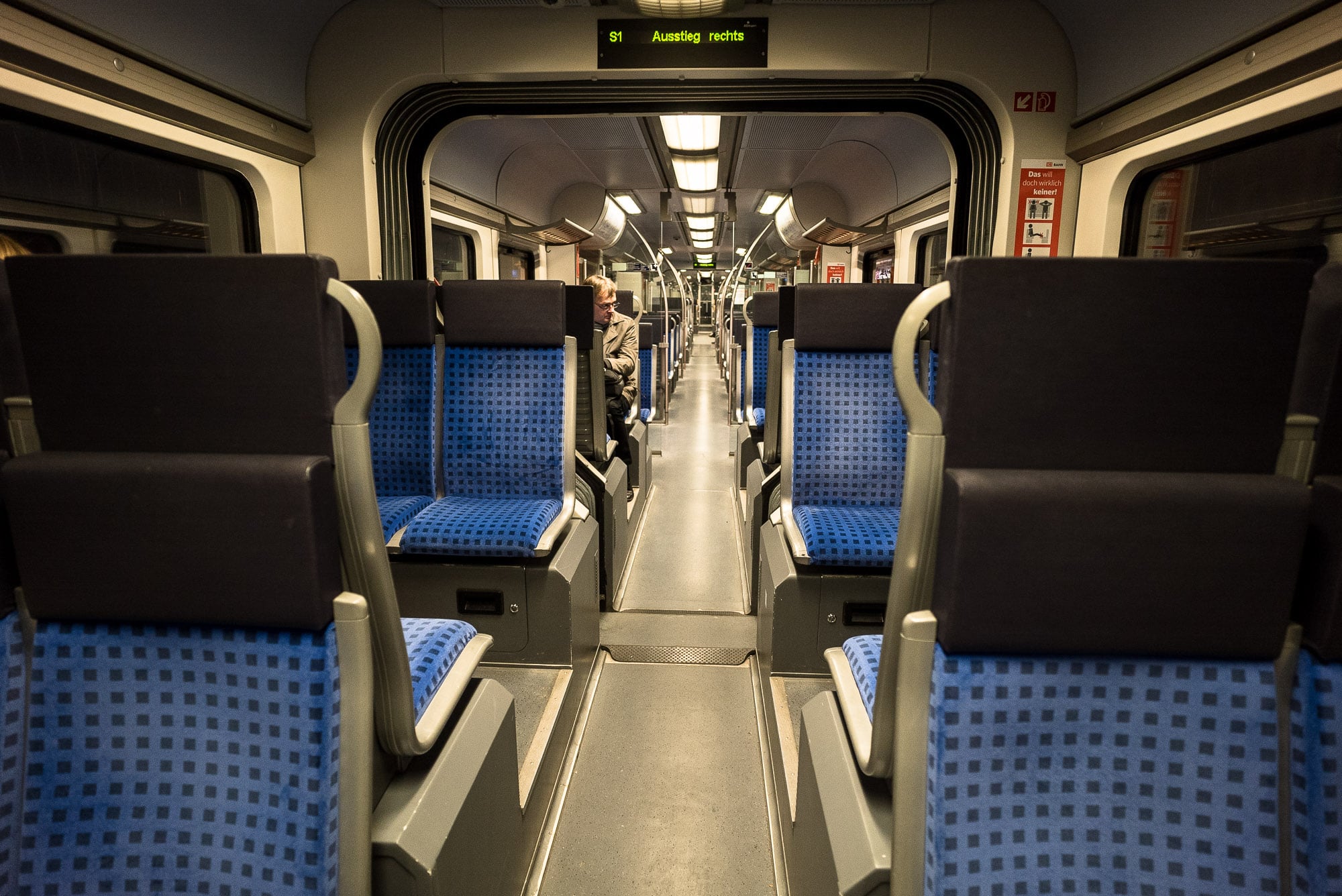 But eventually I made it home.