When we were getting ready to go to our book salon venue in Taitung, I noticed a sign next to a door – “eating stinky tofu inside is prohibited”: 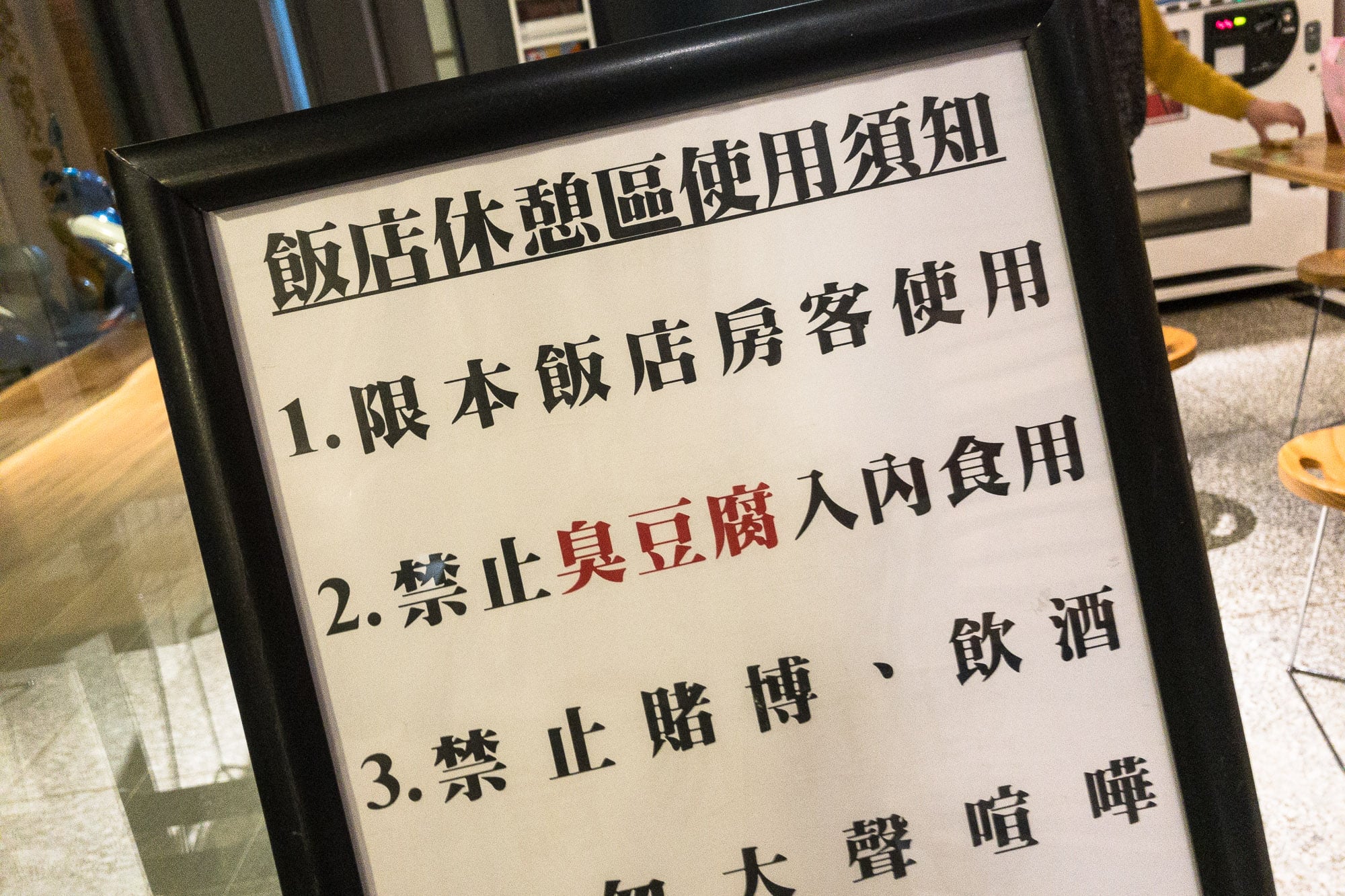 Both China and Taiwan have this thing called stinky tofu. Think of it as an equivalent to a Roquefort or some other smelly blue cheese. It really does smell pretty bad.

When we got to the venue, it was still pretty early: 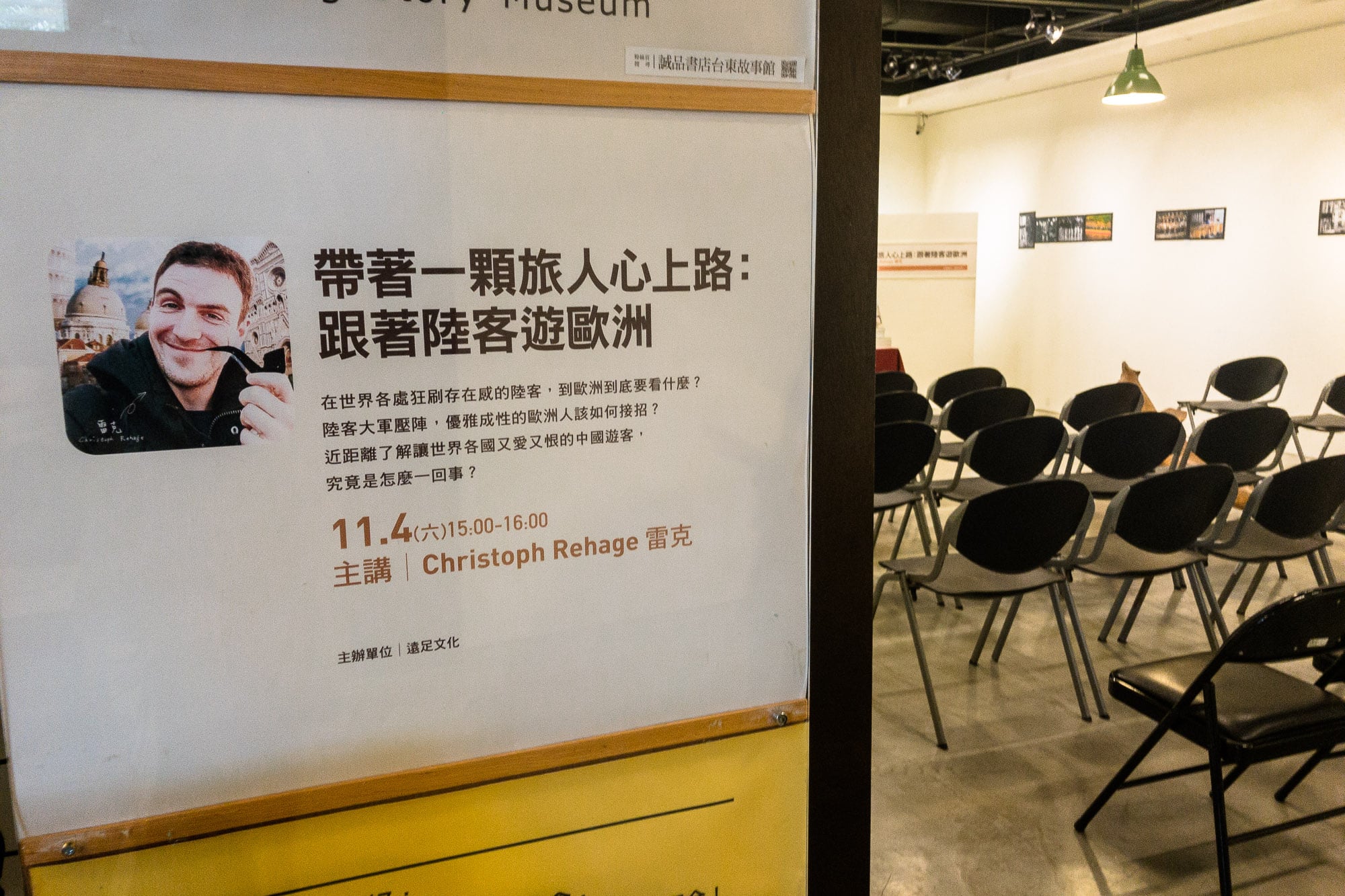 So I sat around outside looking at this place called Taitung: 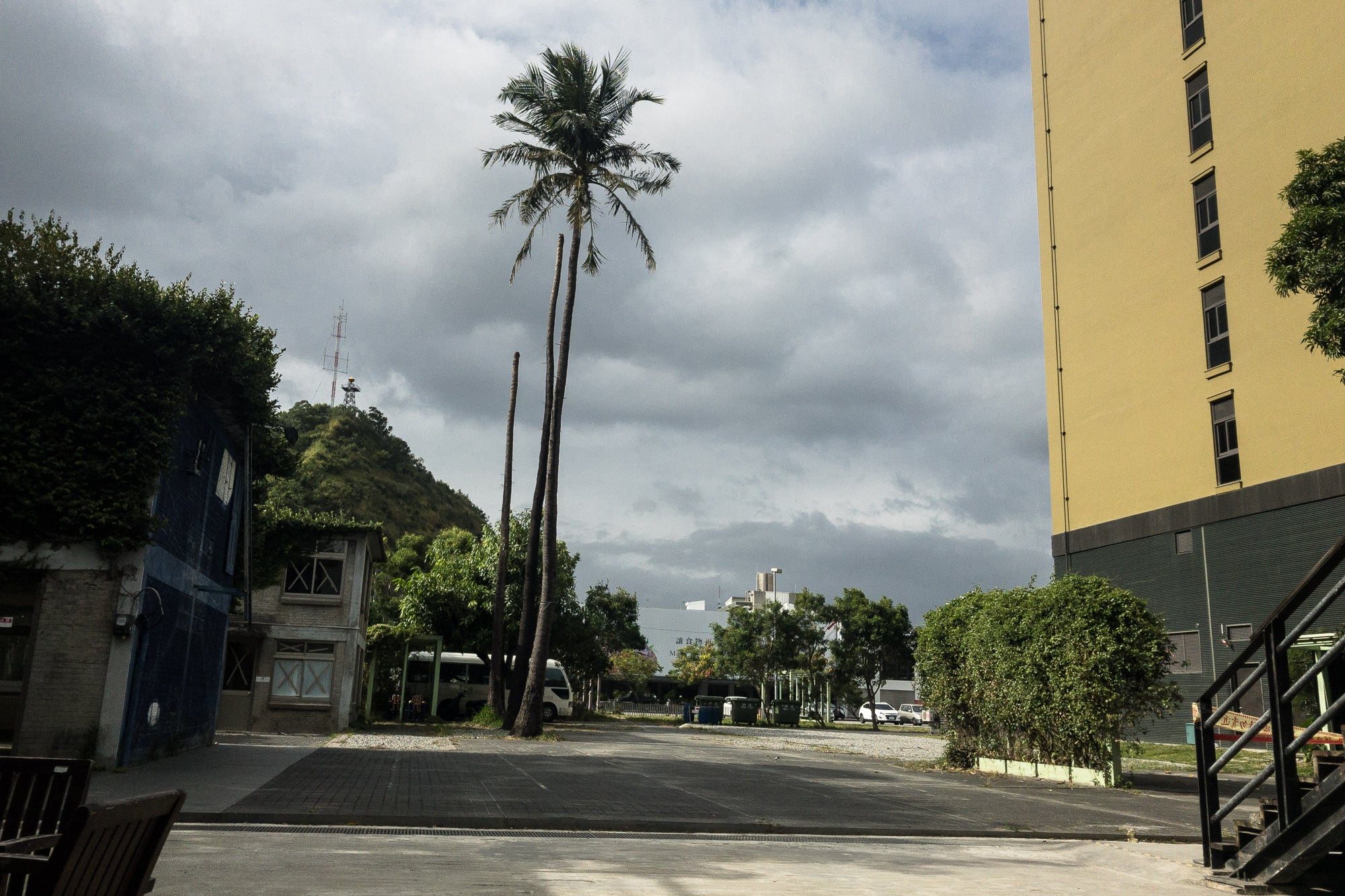 Taiwan had a weird way with place names.
Taitung meant “East of Tai[wan]”, Taipei meant “North of Tai[wan]”, and then there were Taichung in the “Center” and Tainan, which was in the South.

It just left me wondering: where was the West in all of this? Was there a Taihsi? Taixi?

When it come to Taiwan, the question of where the “West” was, seemed to be an important one.

Anyway, the book salon thingie was quite fun: 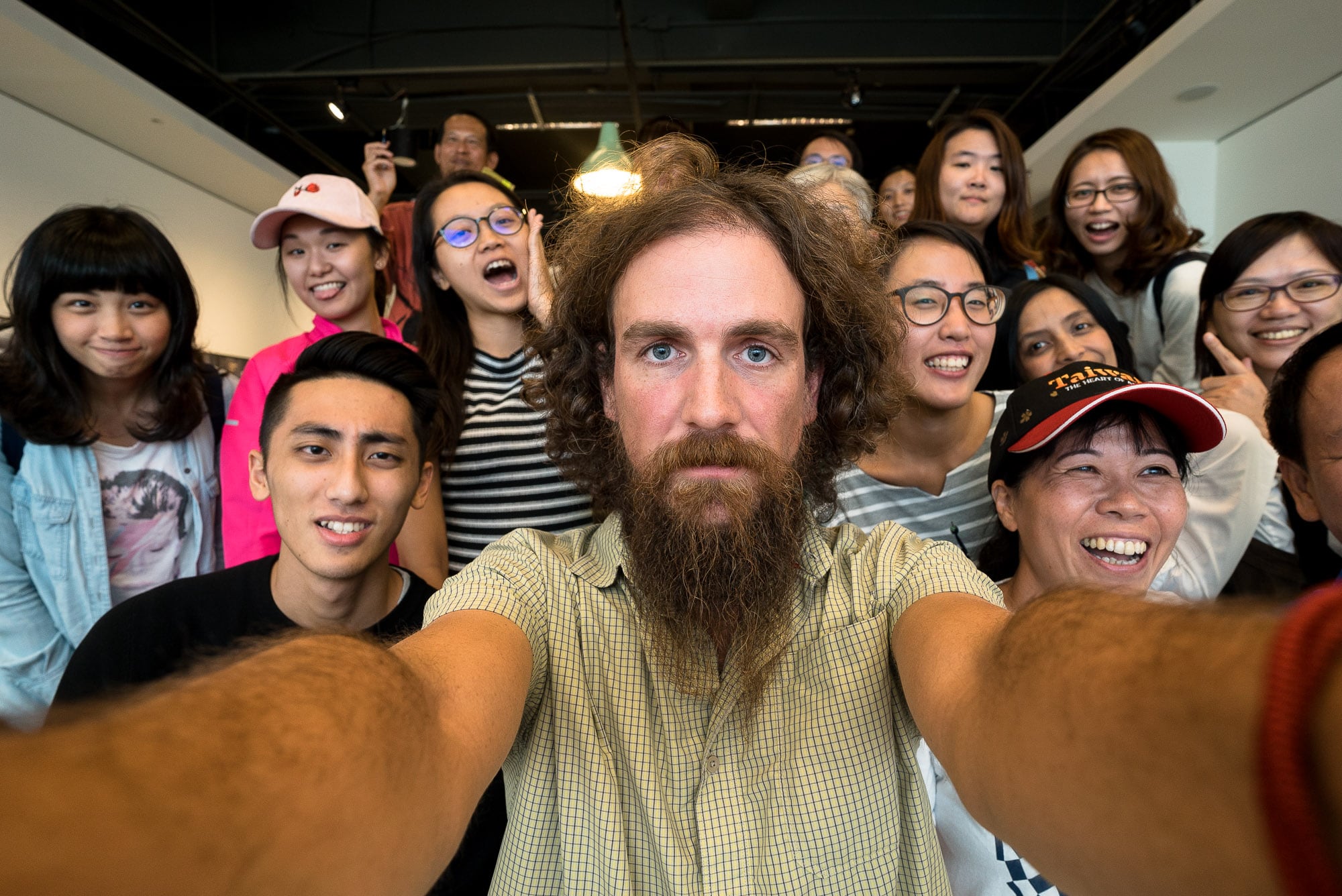 I was going to leave Taiwan the next day. And I wasn’t quite prepared to do so, yet.