Again another book thing, another city, another train ride.

We skipped breakfast and got biandang instead. A biandang is a boxed dish that looks sort of like this one: 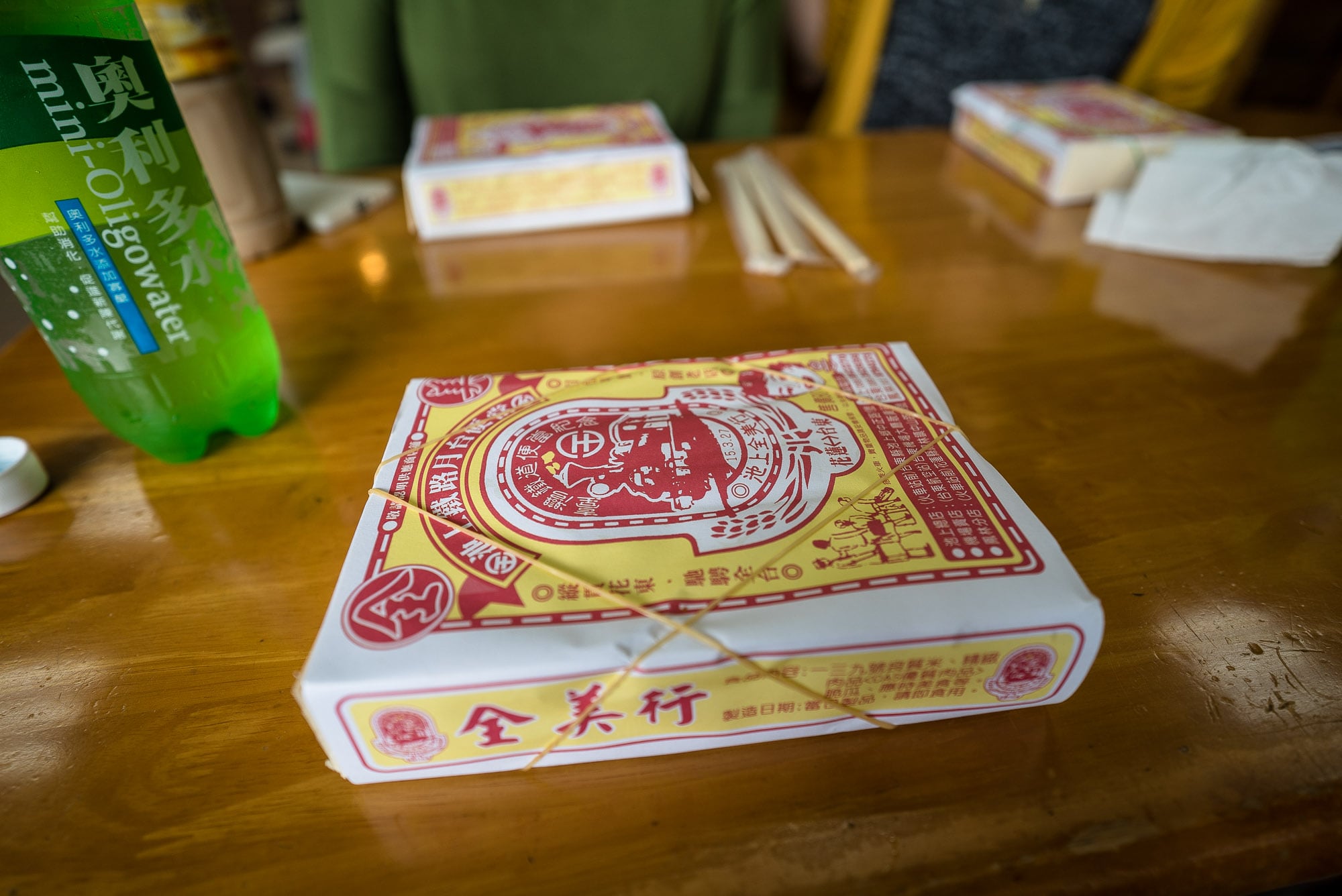 They are surprisingly tasty, these dishes: 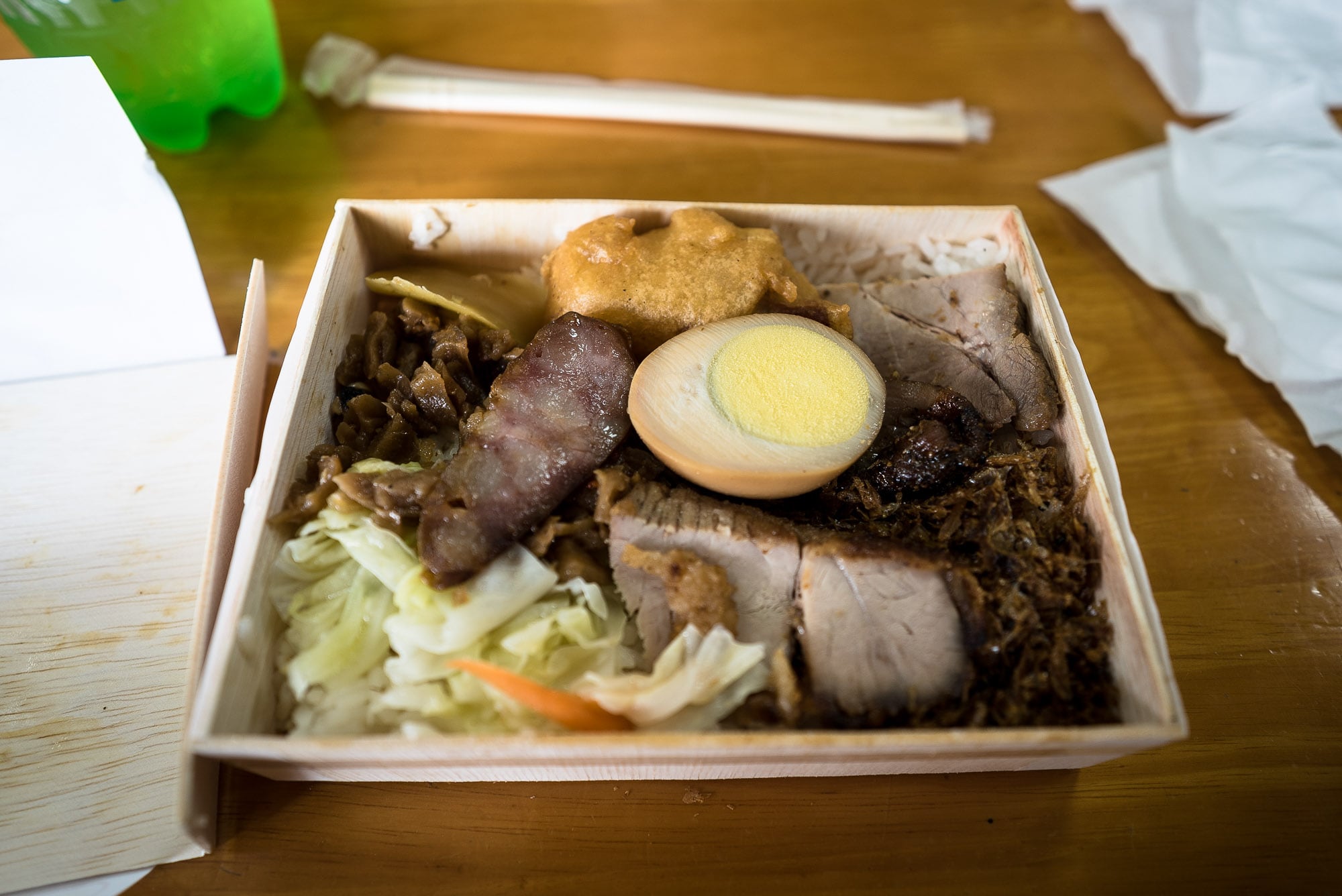 So tasty in fact that there is a joke in Taiwan about how the railway administration makes more money from selling biandang than from selling tickets.

We went to a tourist destination called Chishang: 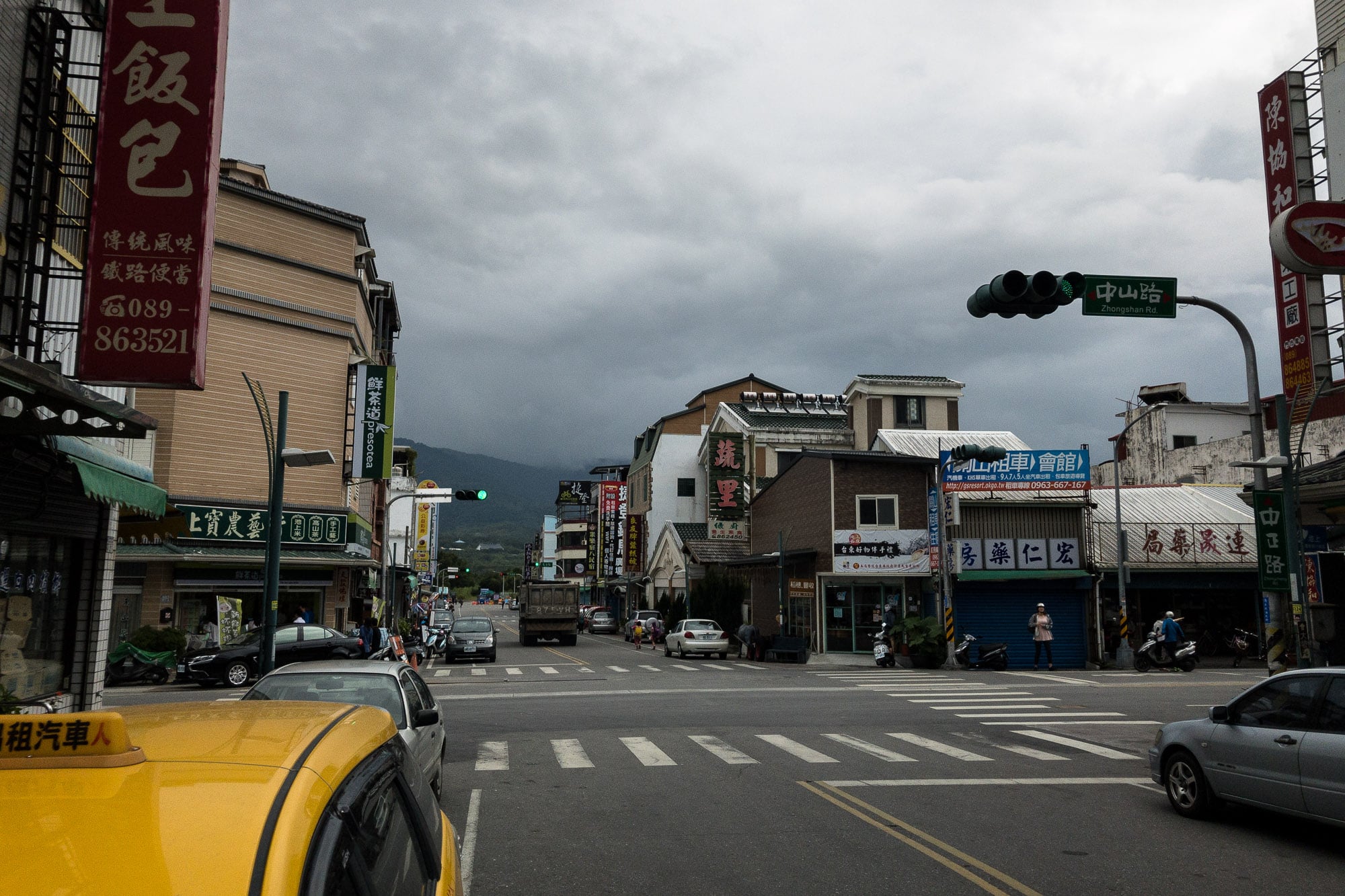 People from all over the country (and from Mainland China) came here to ride bikes and look for a certain tree under which a certain actor with a certain prominent chin had filmed a commercial: 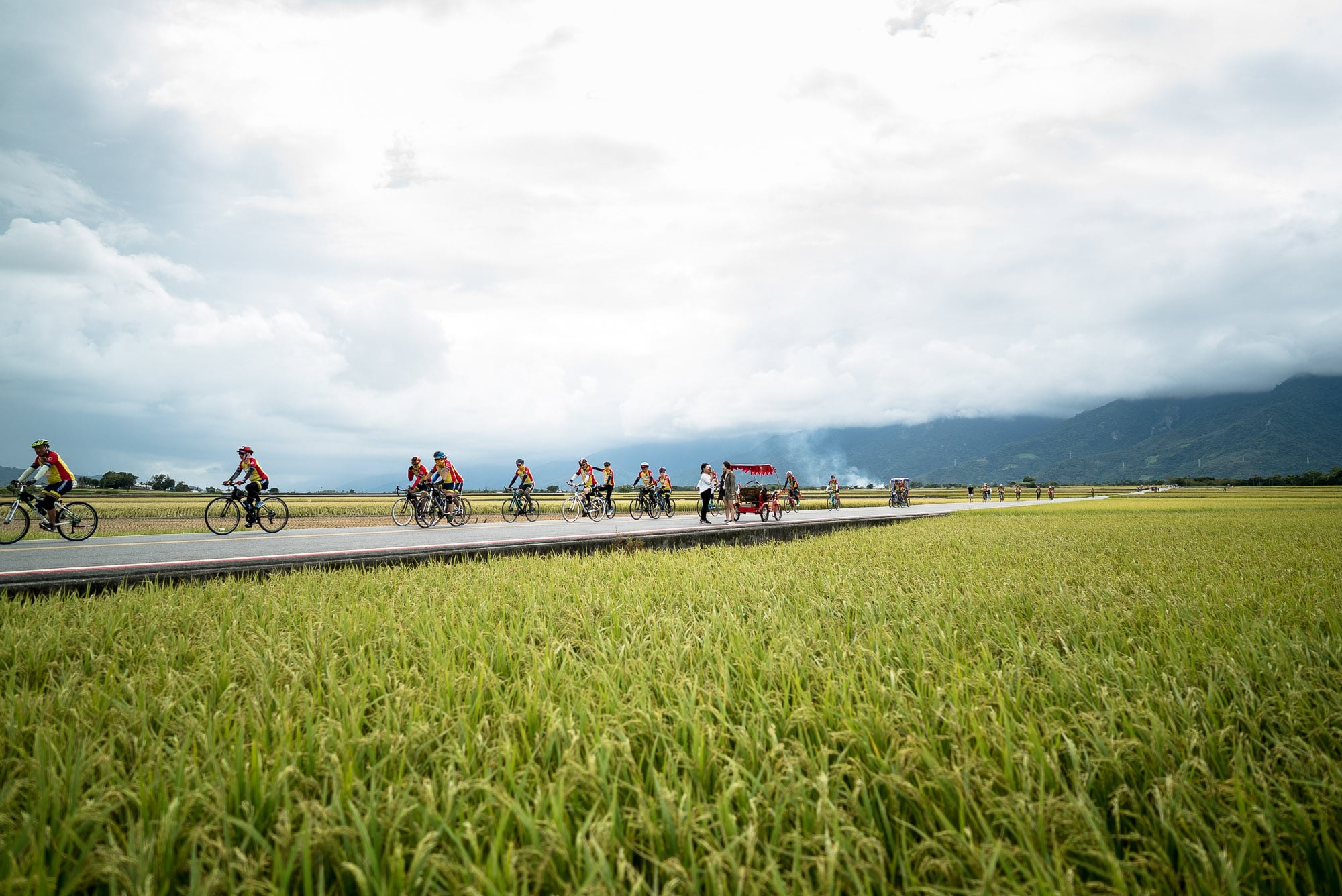 If you want to see the commercial, google “I see you commercial Taiwan” and enjoy.

The place was very nice: 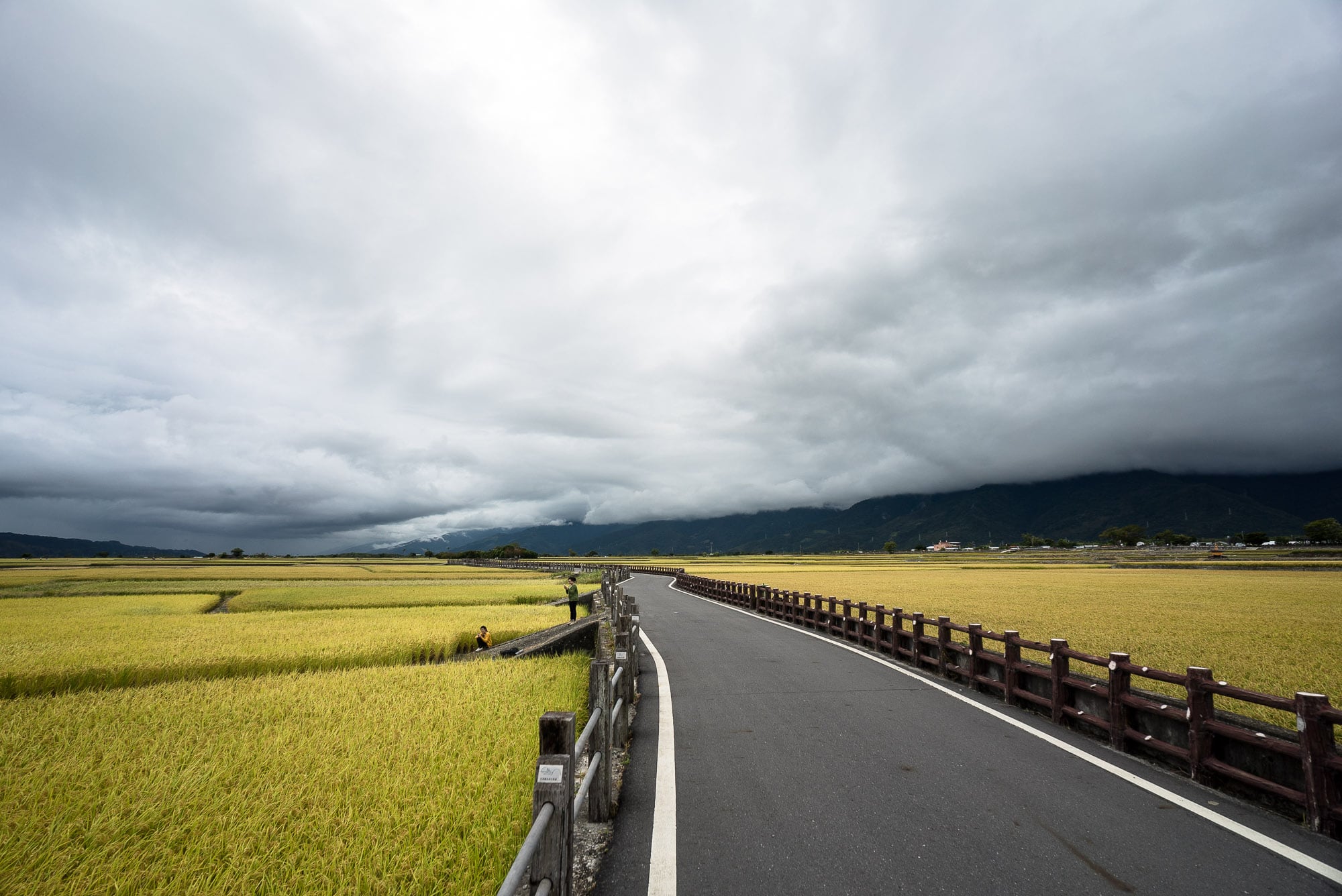 We actually found the tree, but we rode right past it, stopping instead at another one a bit further down the road: 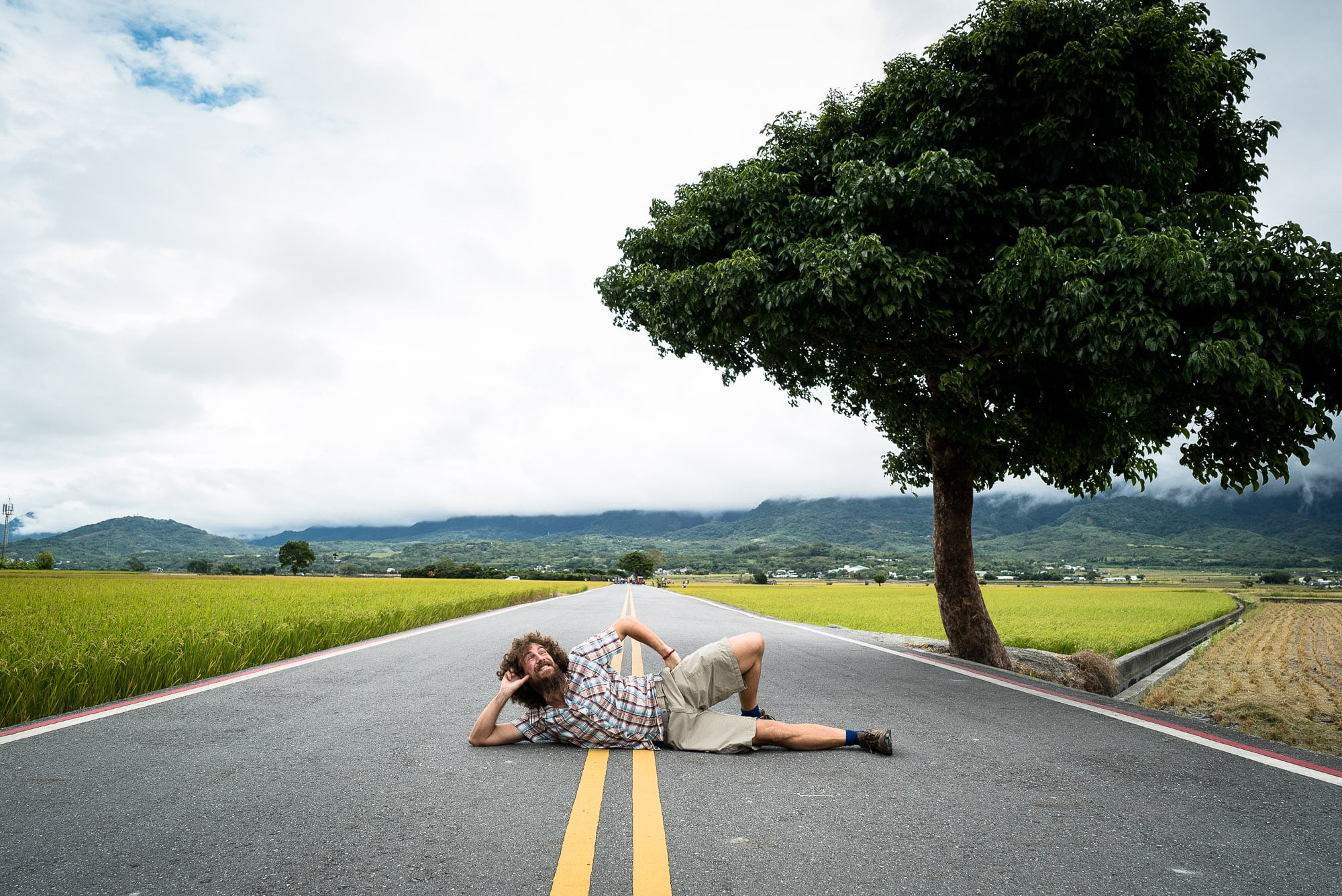 We had our reasons for this: 1) If you look behind me you can see that a large crowd has already flocked to the famous tree. We didn’t want to get into that. 2) The famous tree was getting all the attention, while this one was being largely ignored. We figured we’d show some love to Mr. Nobody-Cares-About-Me Tree.

We ended up spending a few hours in Chishang: 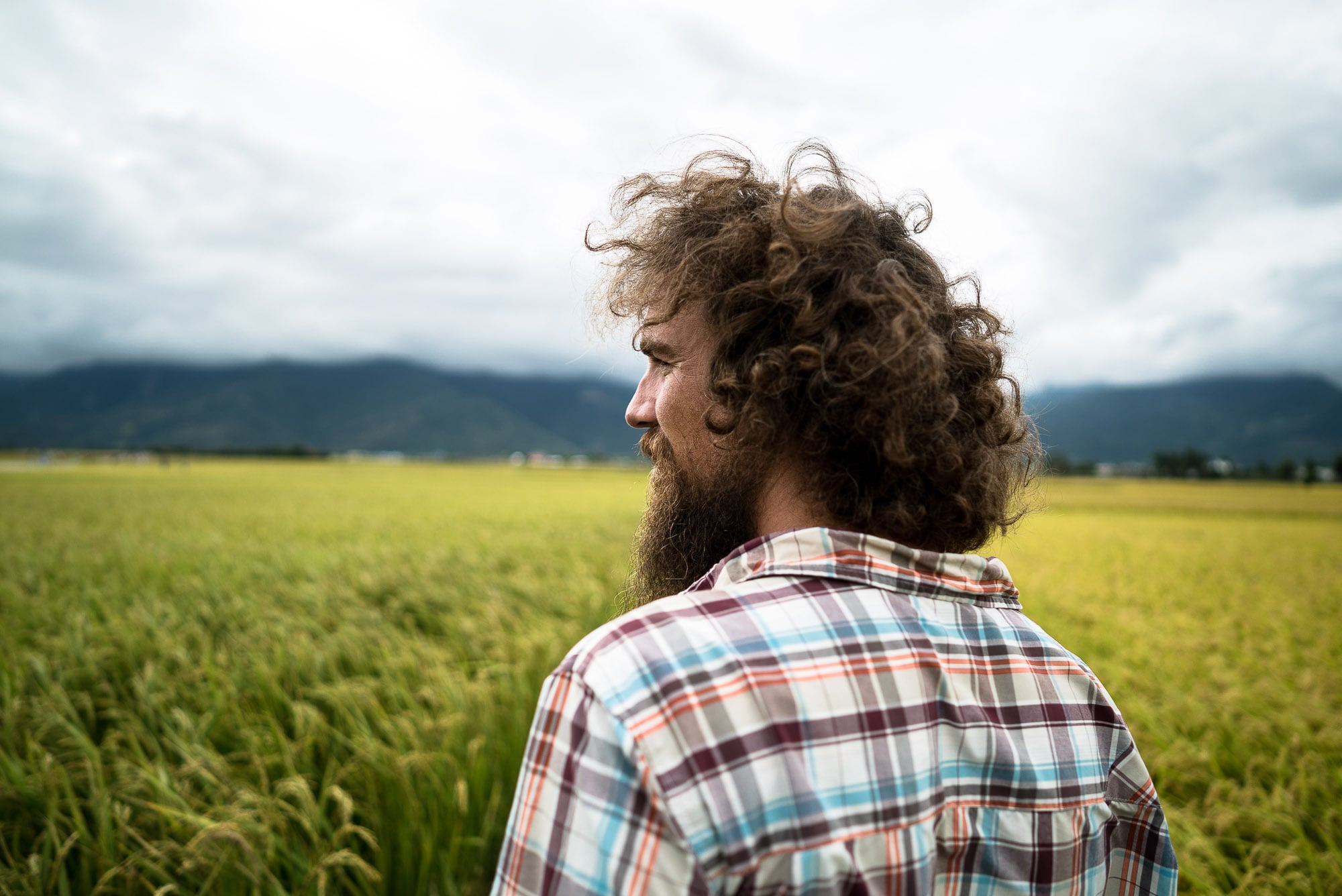 In all its amber glory: 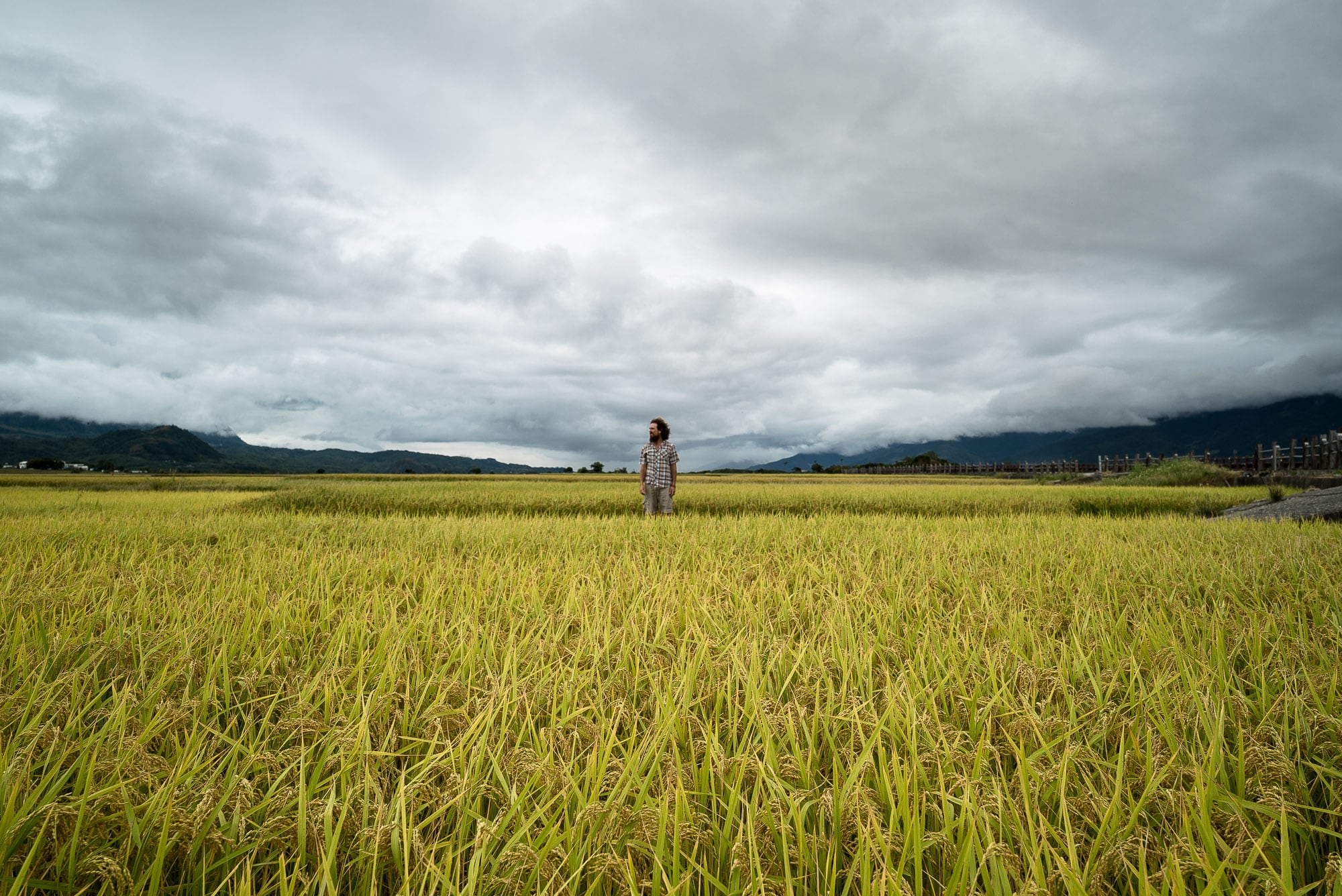 Then we went to a book store that was full of cats: 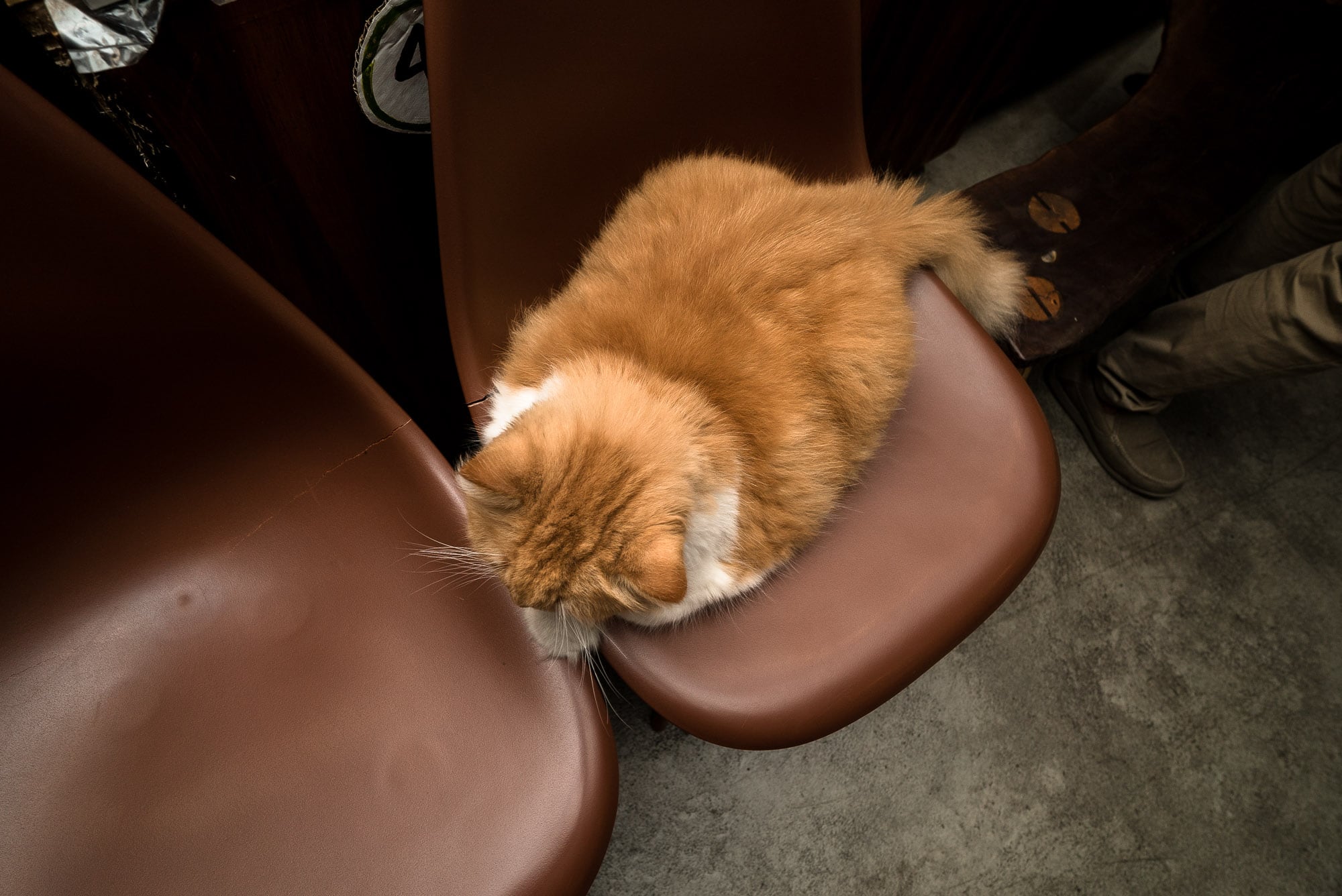 A group of fellow travelers had gathered to have dinner together, surrounded by books and felines: 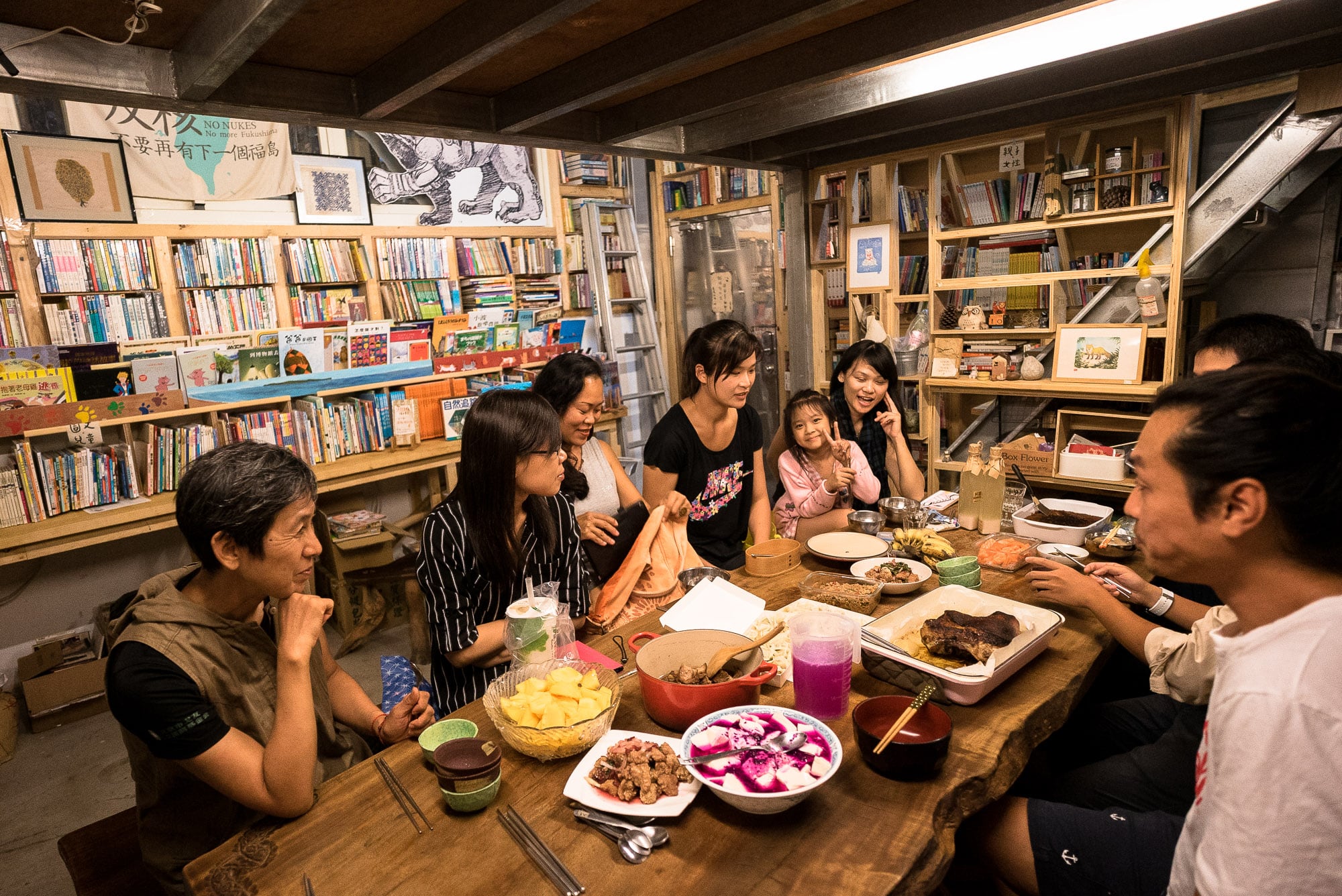 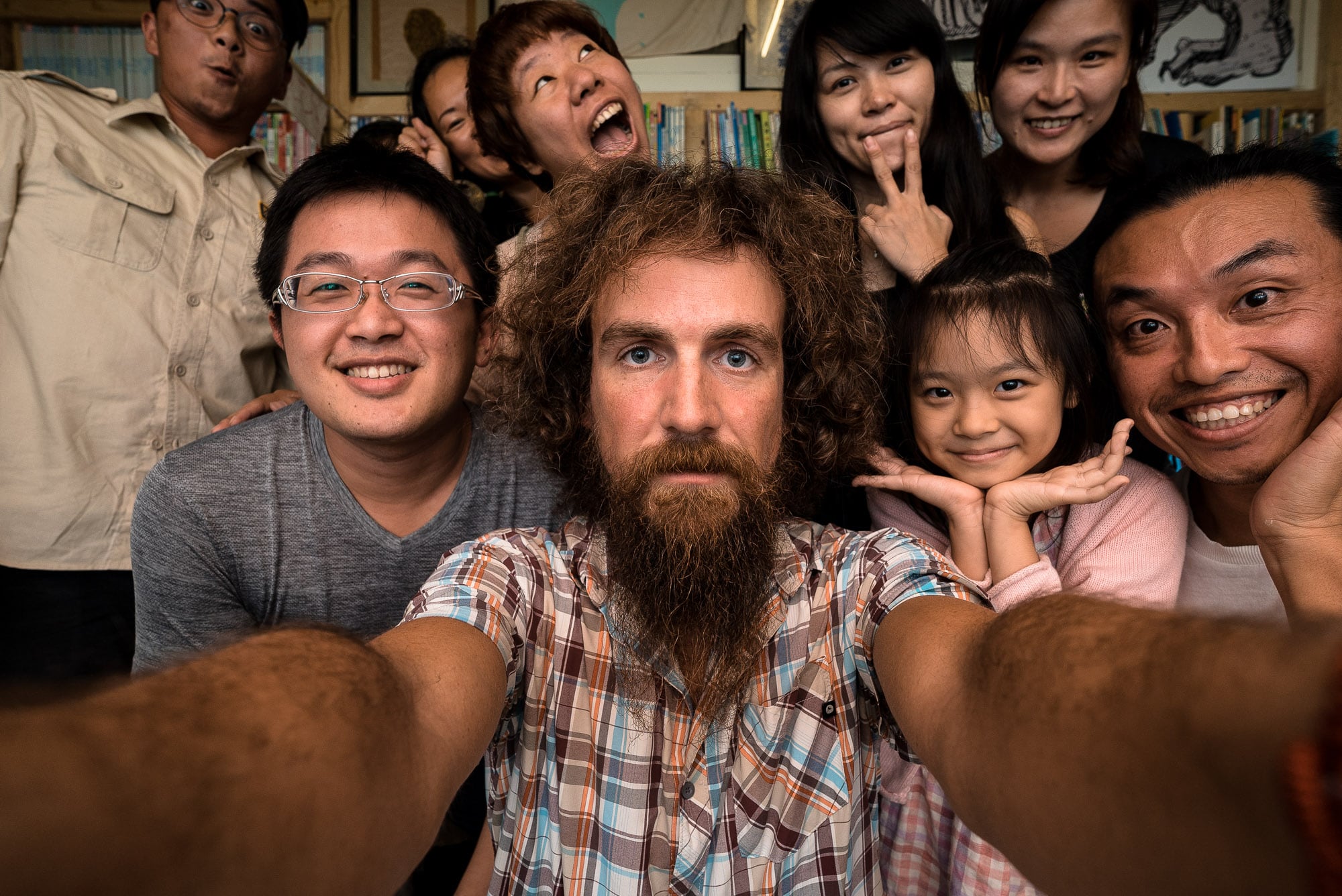 Not least because we took some of the best pictures ever: 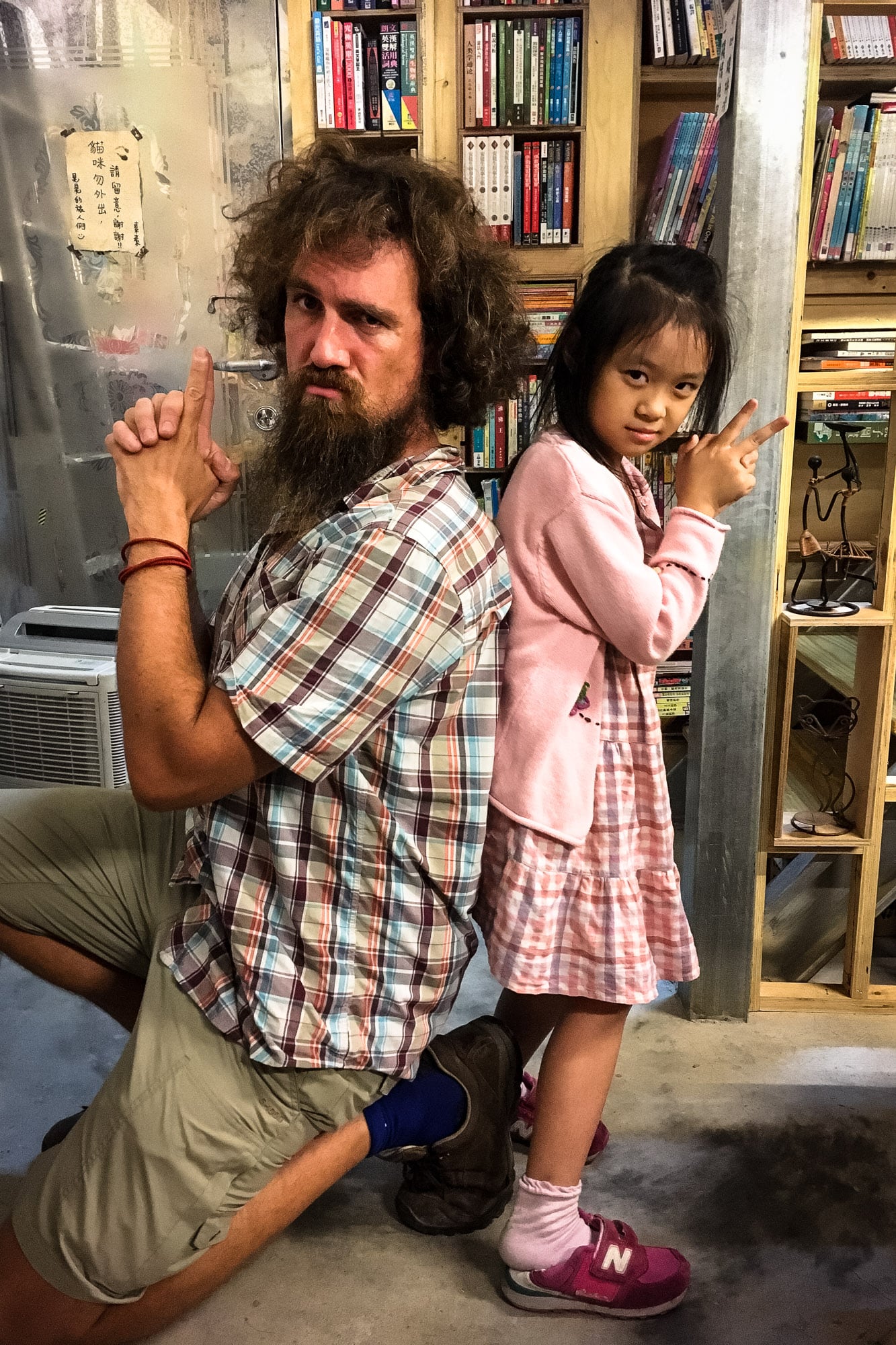 Later that night, my publishers showed me around in one of the places that Taiwan was most famous for – a night market: 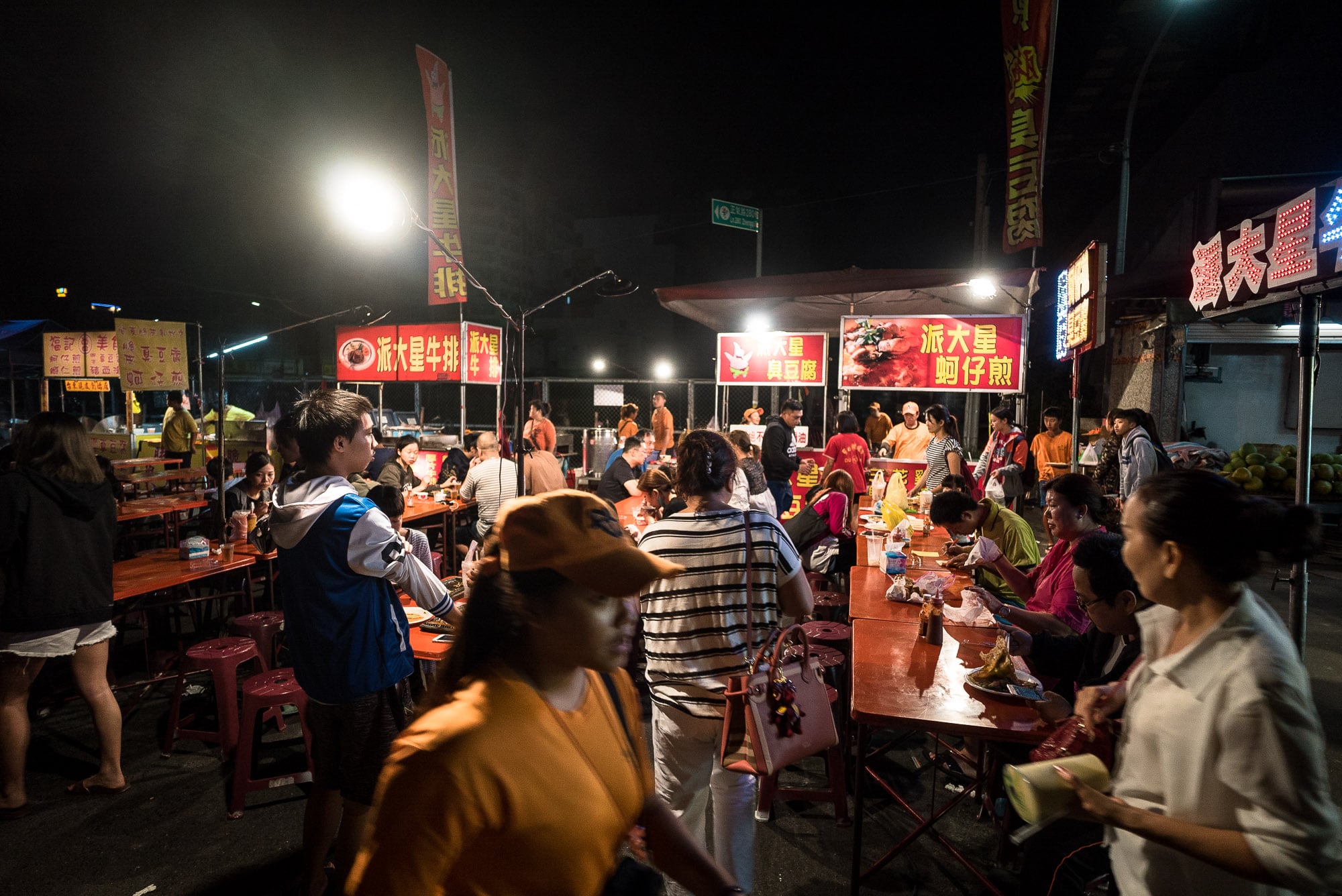 I had eaten so much at our dinner that I couldn’t really bring myself to order all the things that were there: 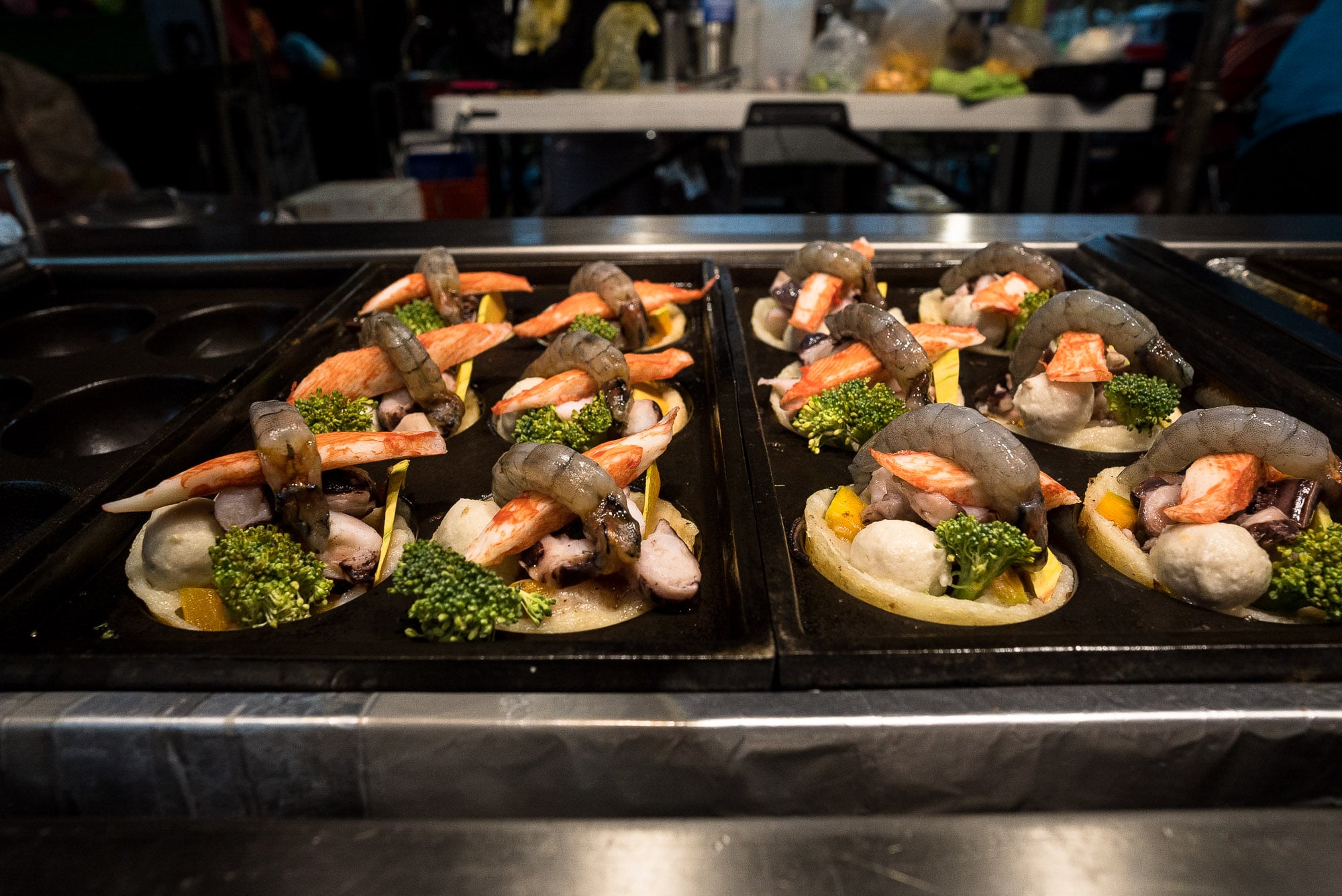 But they looked so tasty: 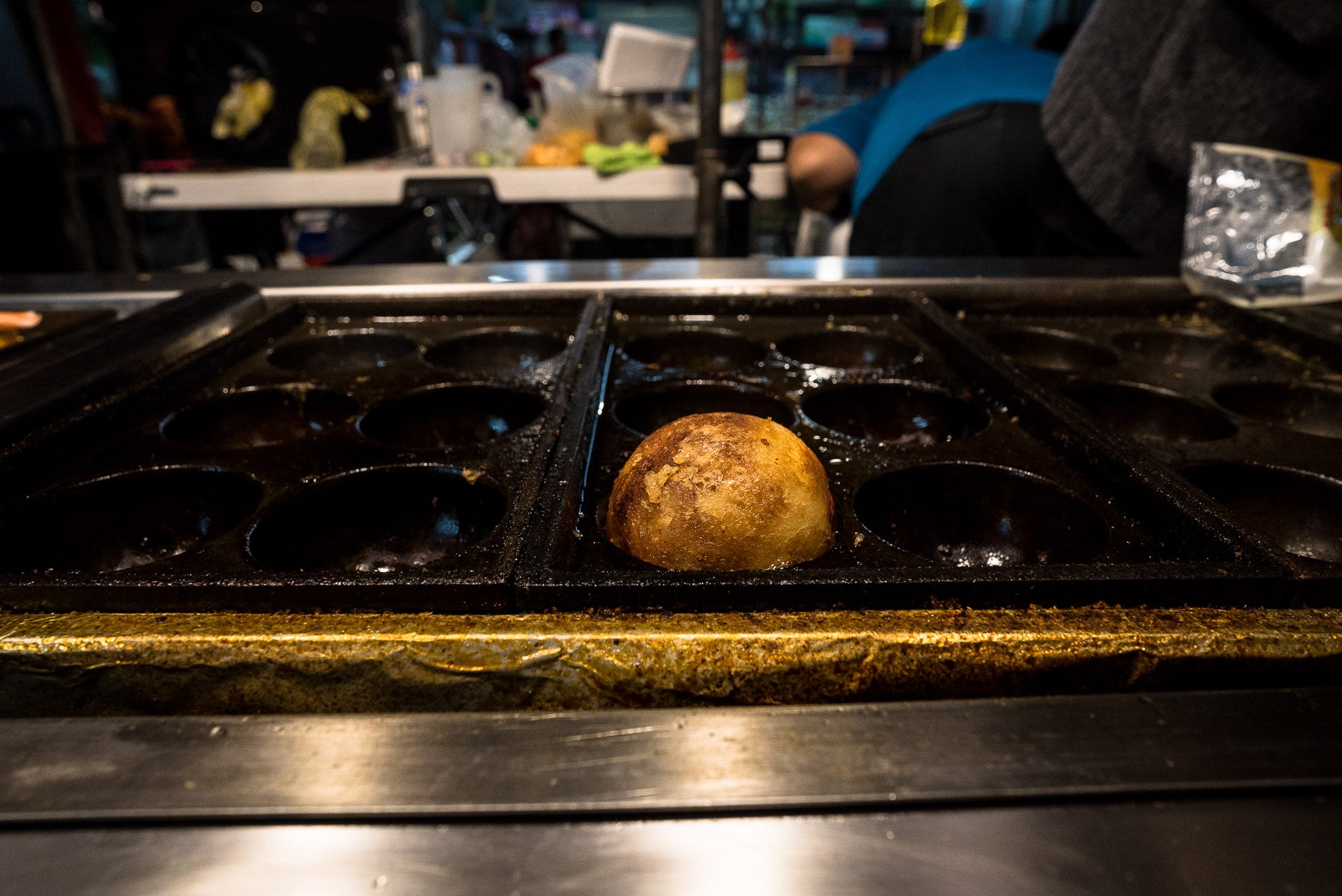 And I ended up getting a deep-fried octopus thingie anyway: 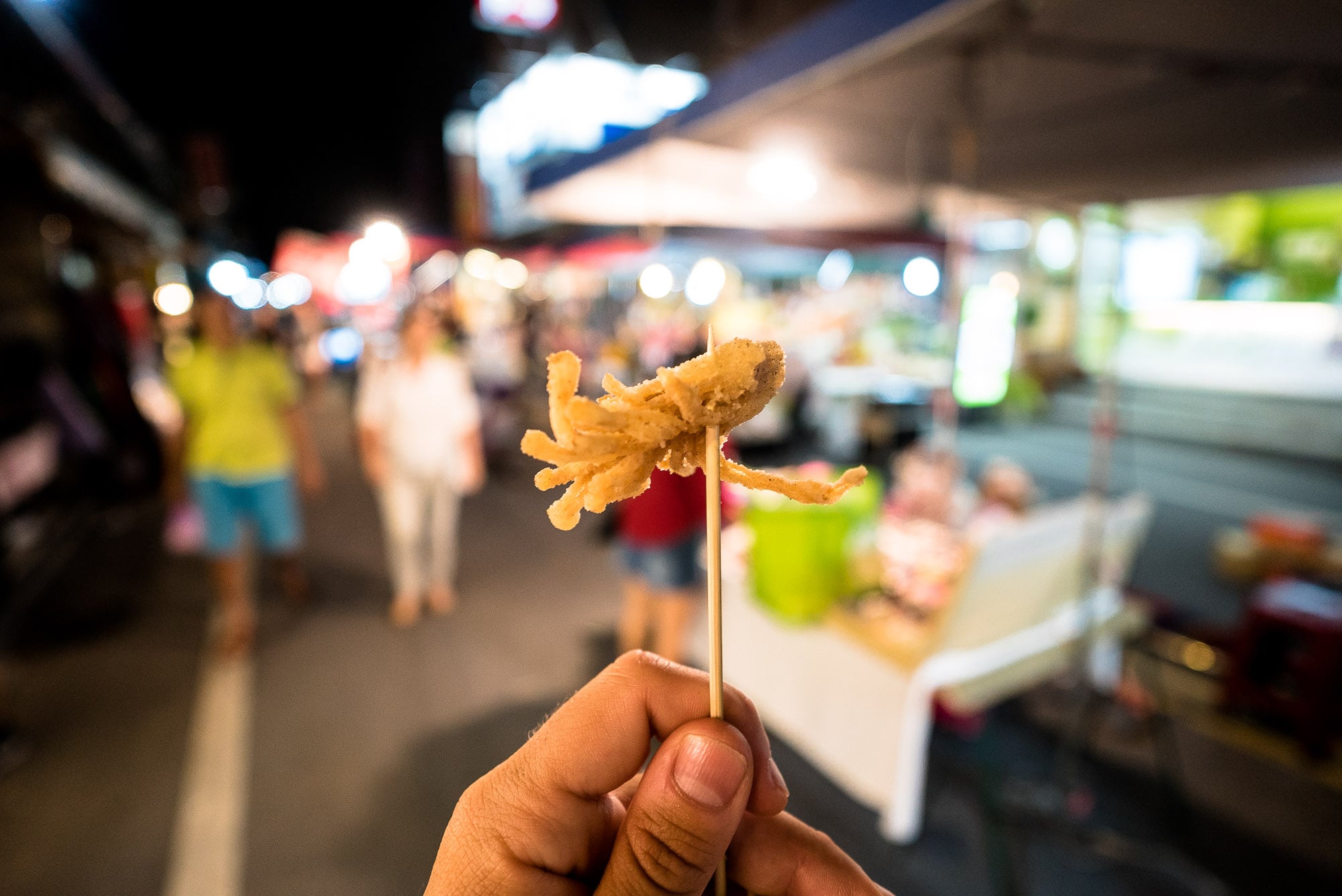 Oh, and I also bought my own personal Winnie the Pooh: 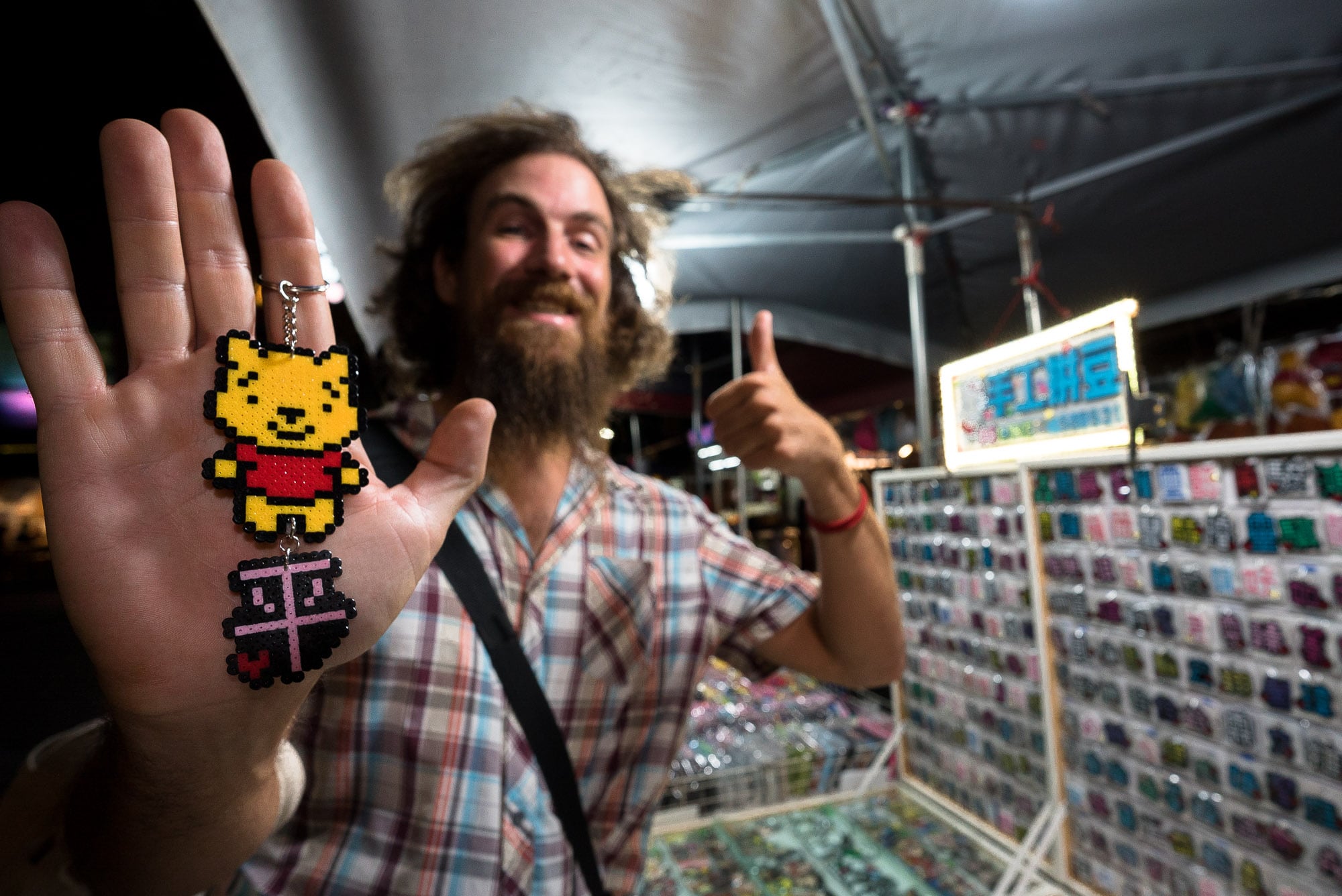 I figured I owed this to him.