Woke up in Taichung and rewatched a video I had recorded the night before. It was about Taiwan:

After breakfast, the publishers took me to Kaohsiung, a large city in the South of Taiwan: 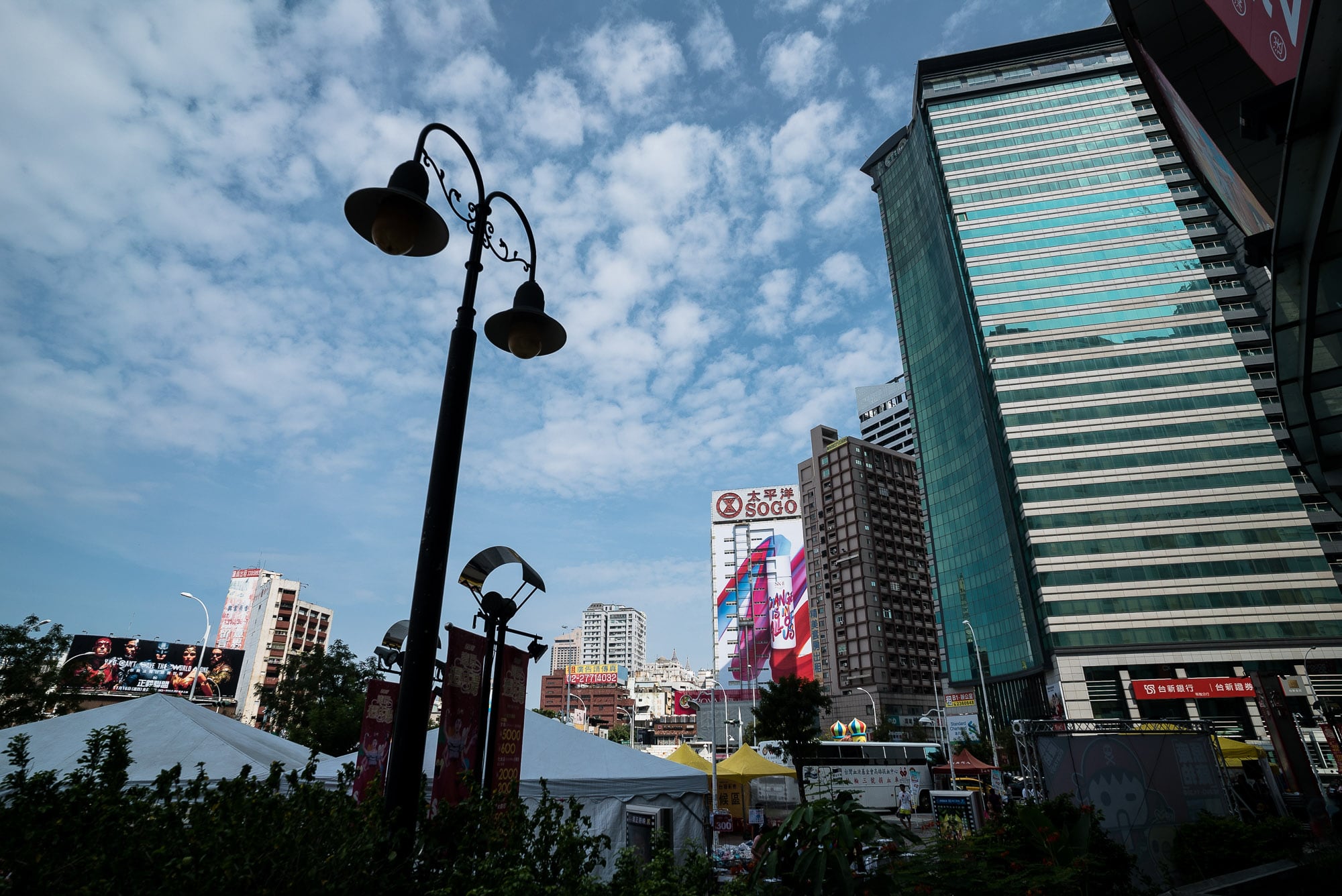 We went to a large book store: 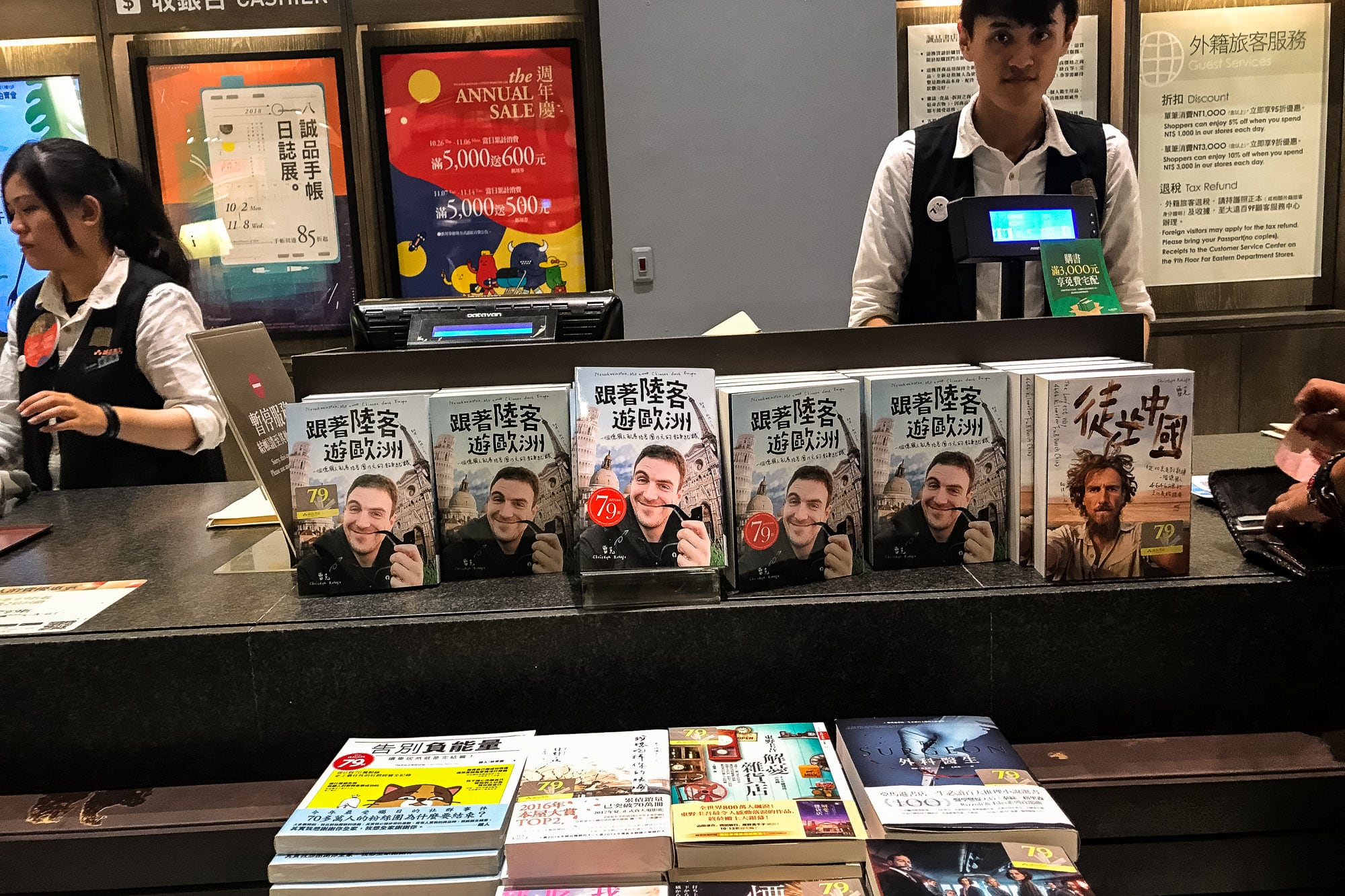 We had a podium talk scheduled there, and when I got to the venue I ran into these friendly people: 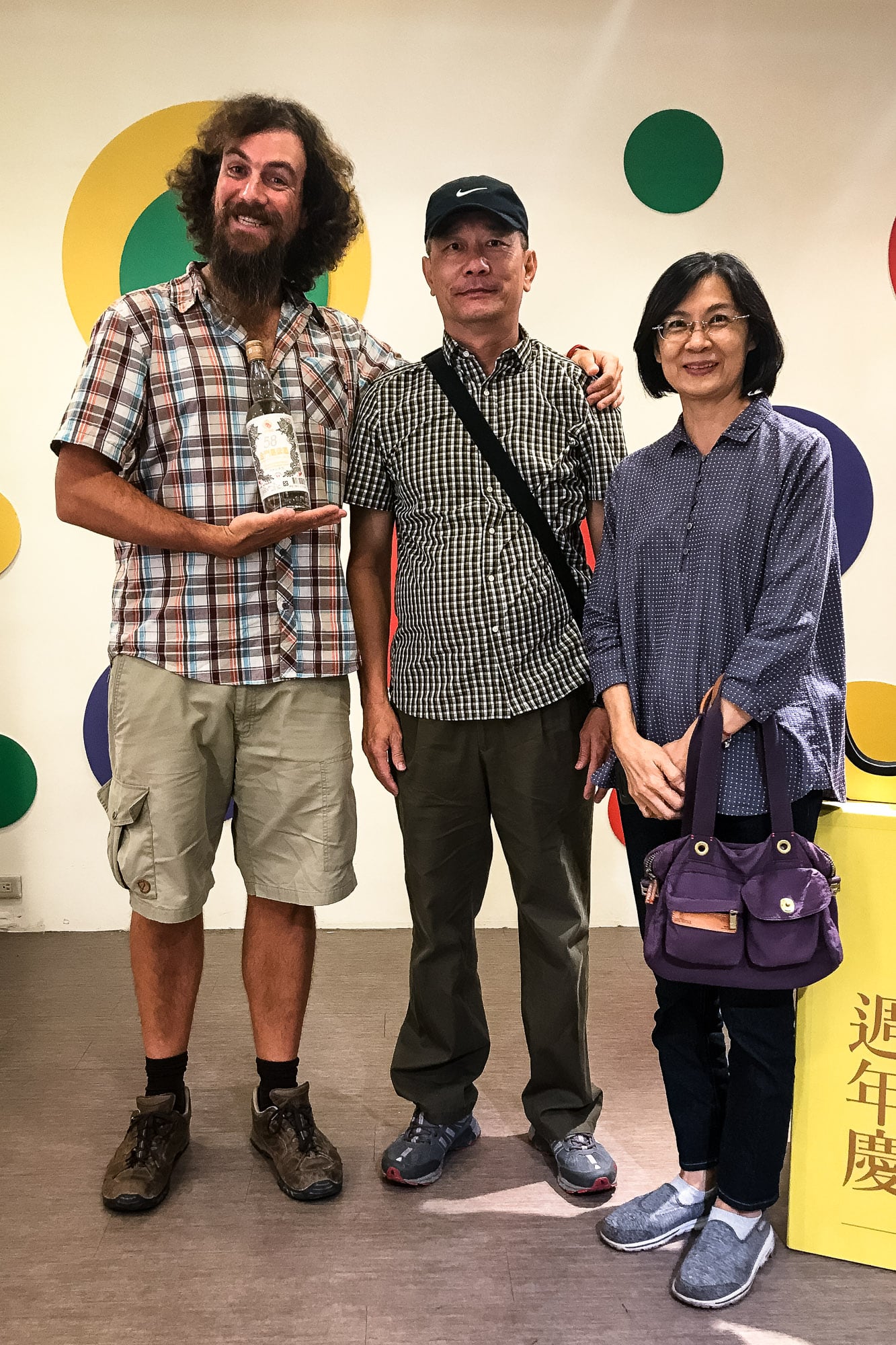 They gave me a bottle of Taiwanese Kinmen Kaoliang Liquor: 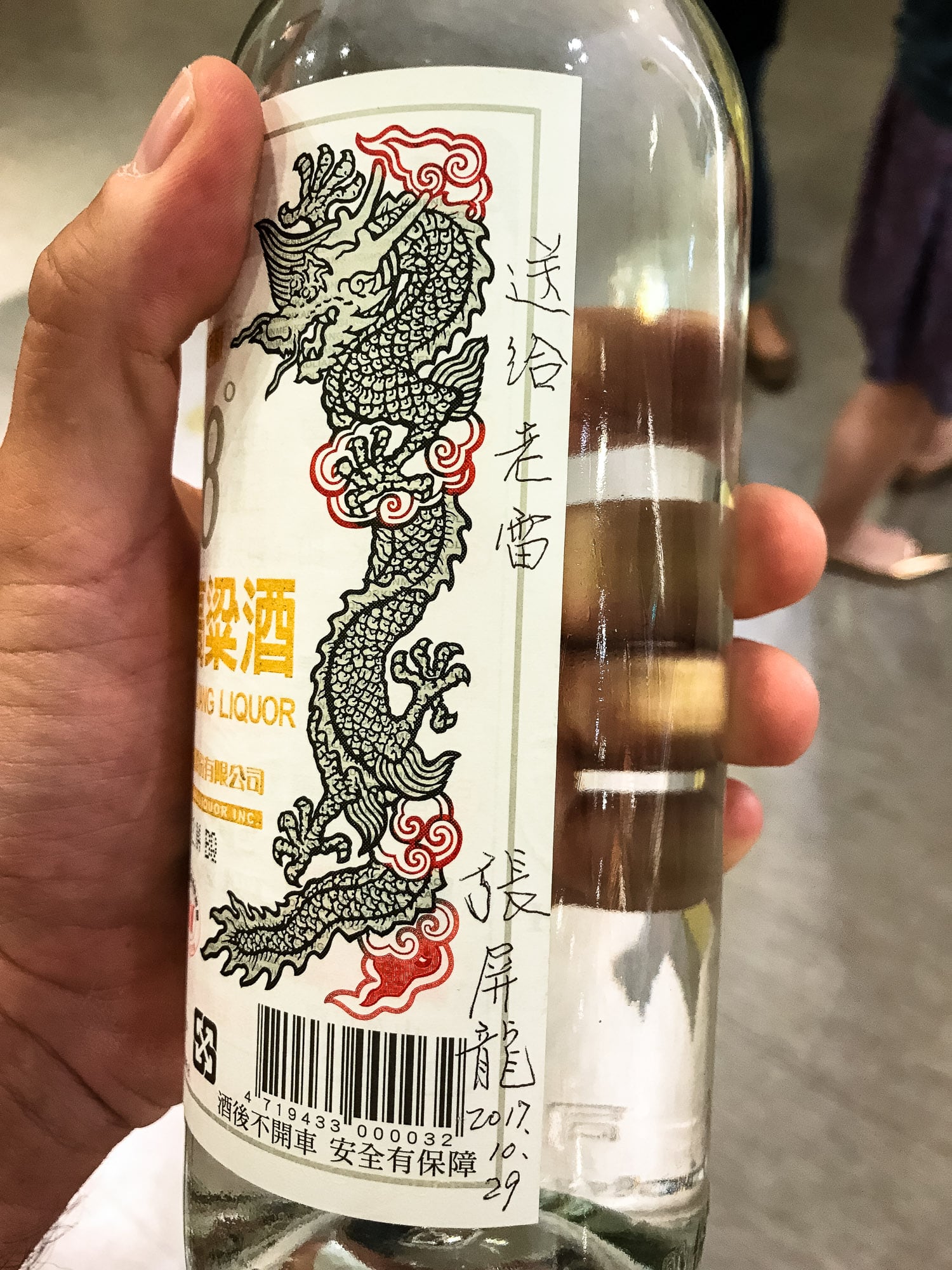 It had 58%, and I felt happy knowing that it was there, waiting for me. 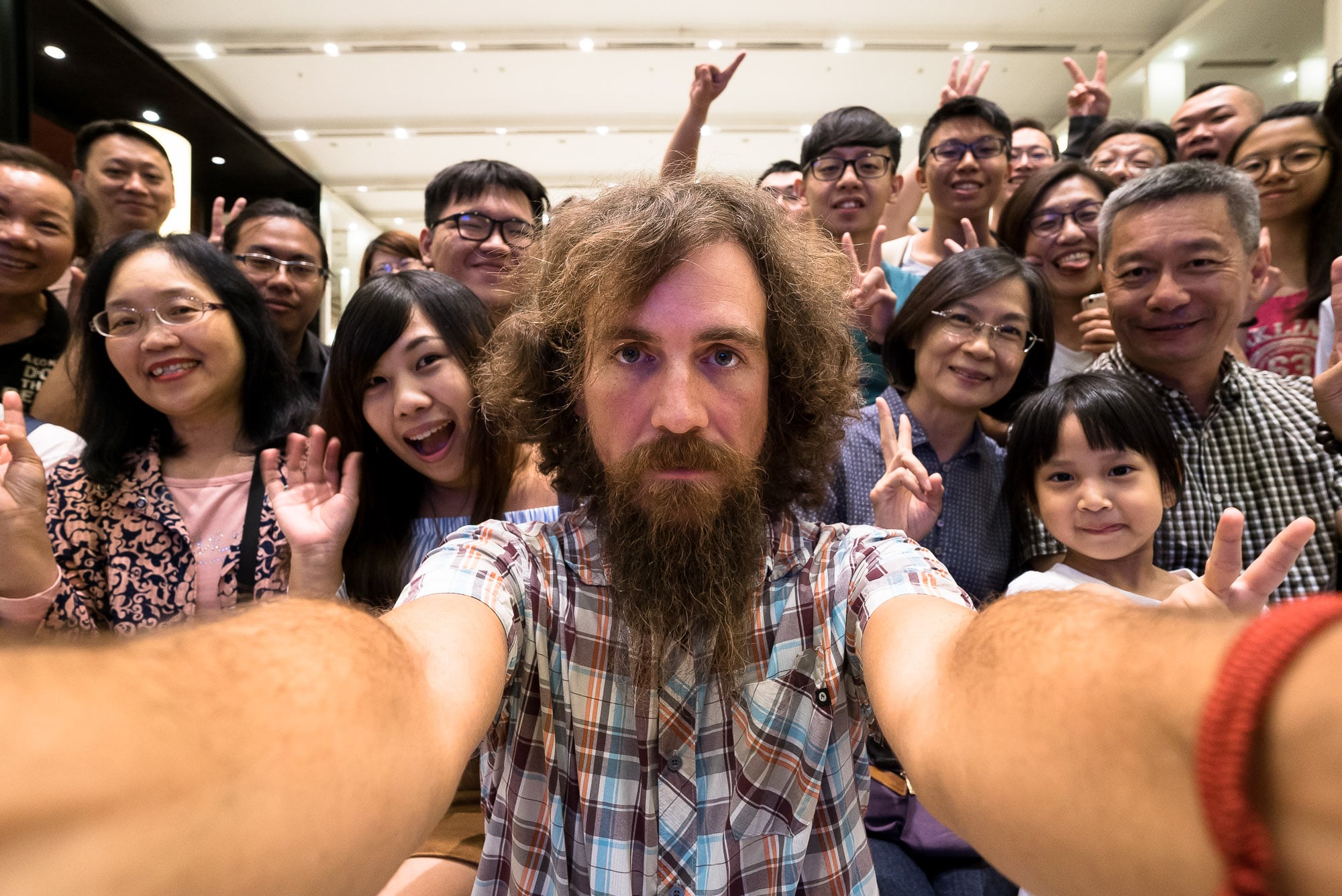 I found a picture of Bob Ross, and because people had been saying that I looked like him (or like Marv from Home Alone) with my beard and hair, and because Bob had been one of the best people to ever be on television, I took a picture with him and a brush: 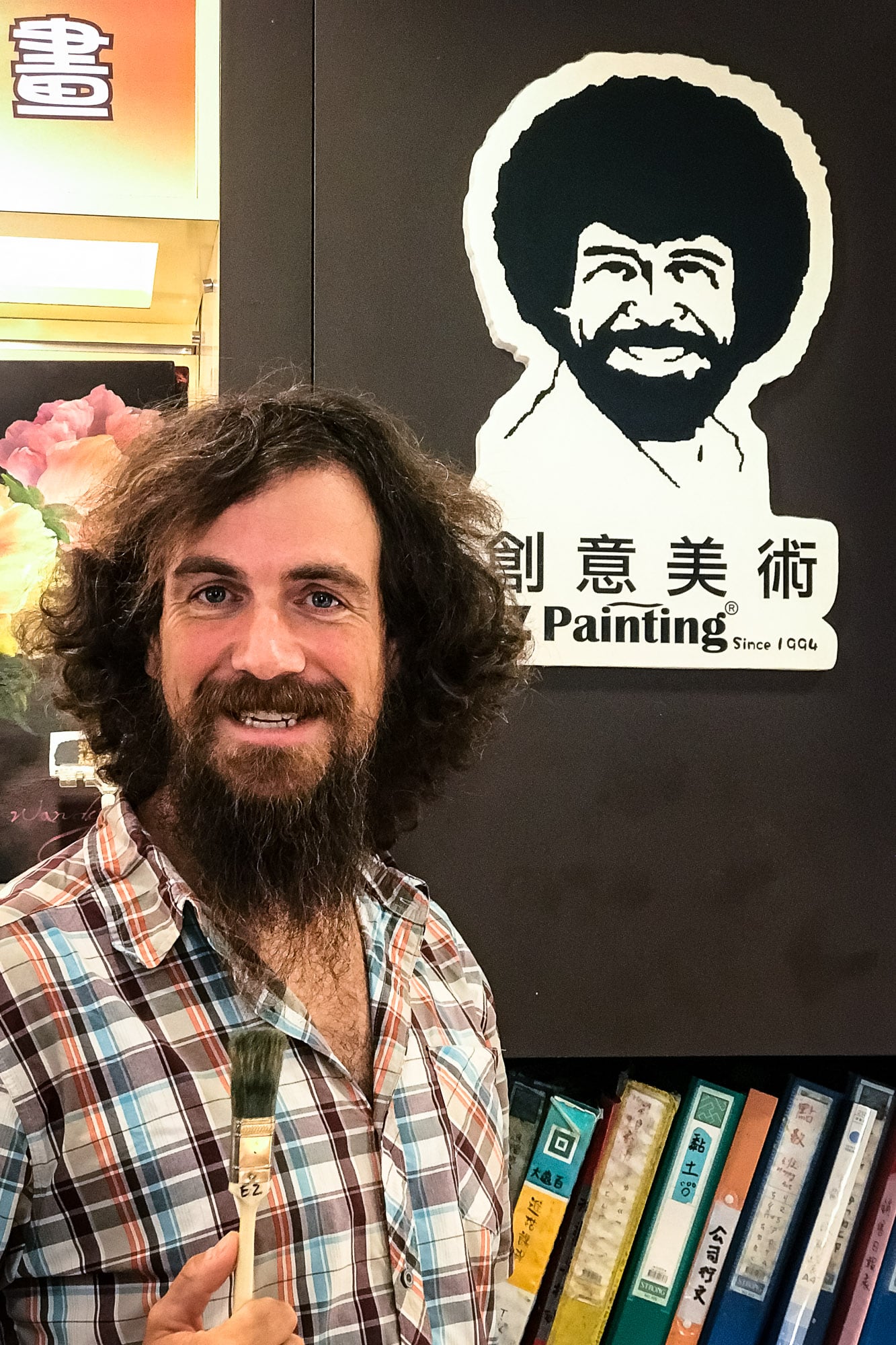 Too bad I sucked at painting.

That night, when I was walking around in Kaohsiung, I saw yet another very busy temple: 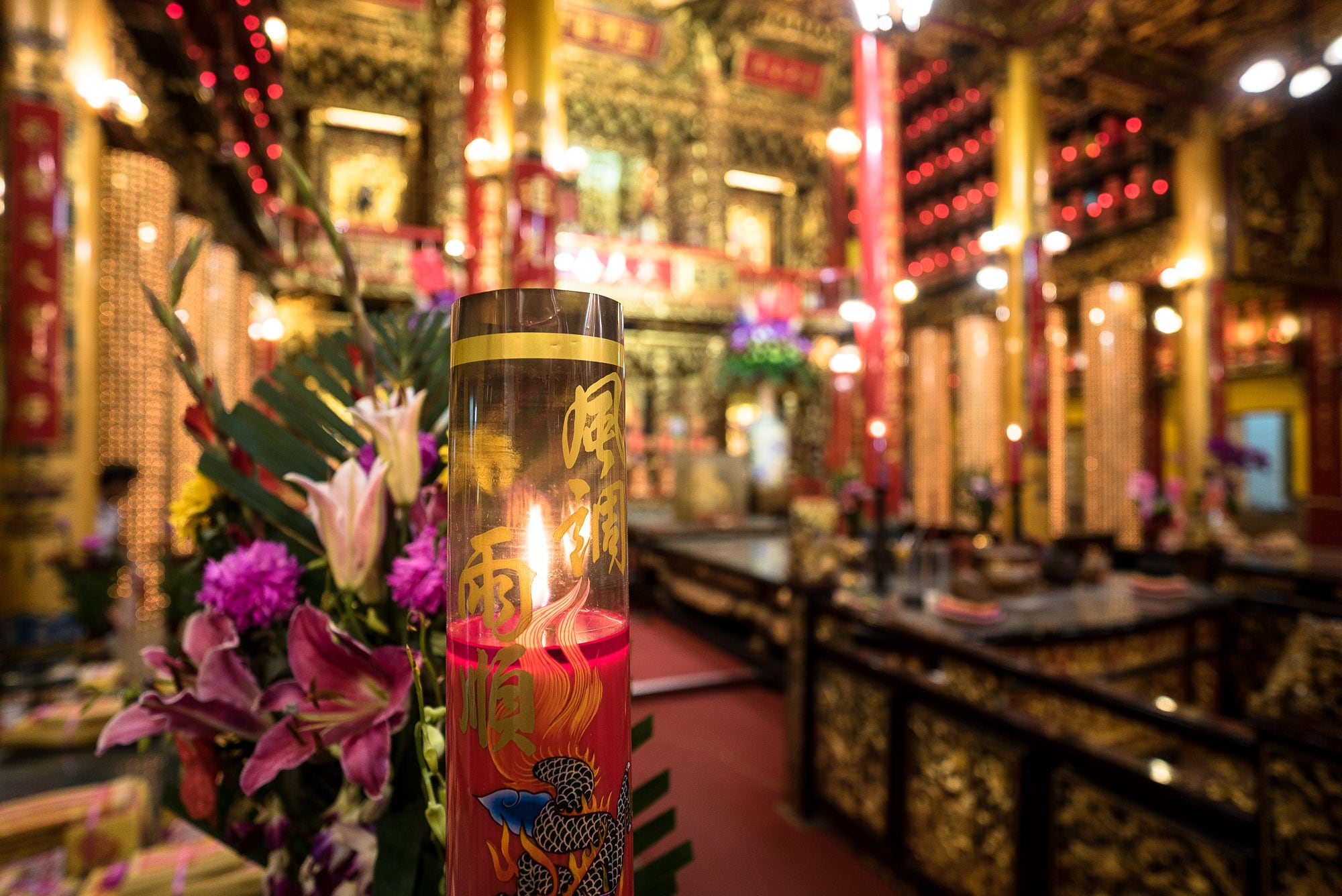 Taiwan seemed to be a rather spiritual country.

A place to think of all the rocks in Bob’s pictures, and how he always used to paint a second rock or a tree next to them in order to “give them a friend”.