So I was really in Taiwan: 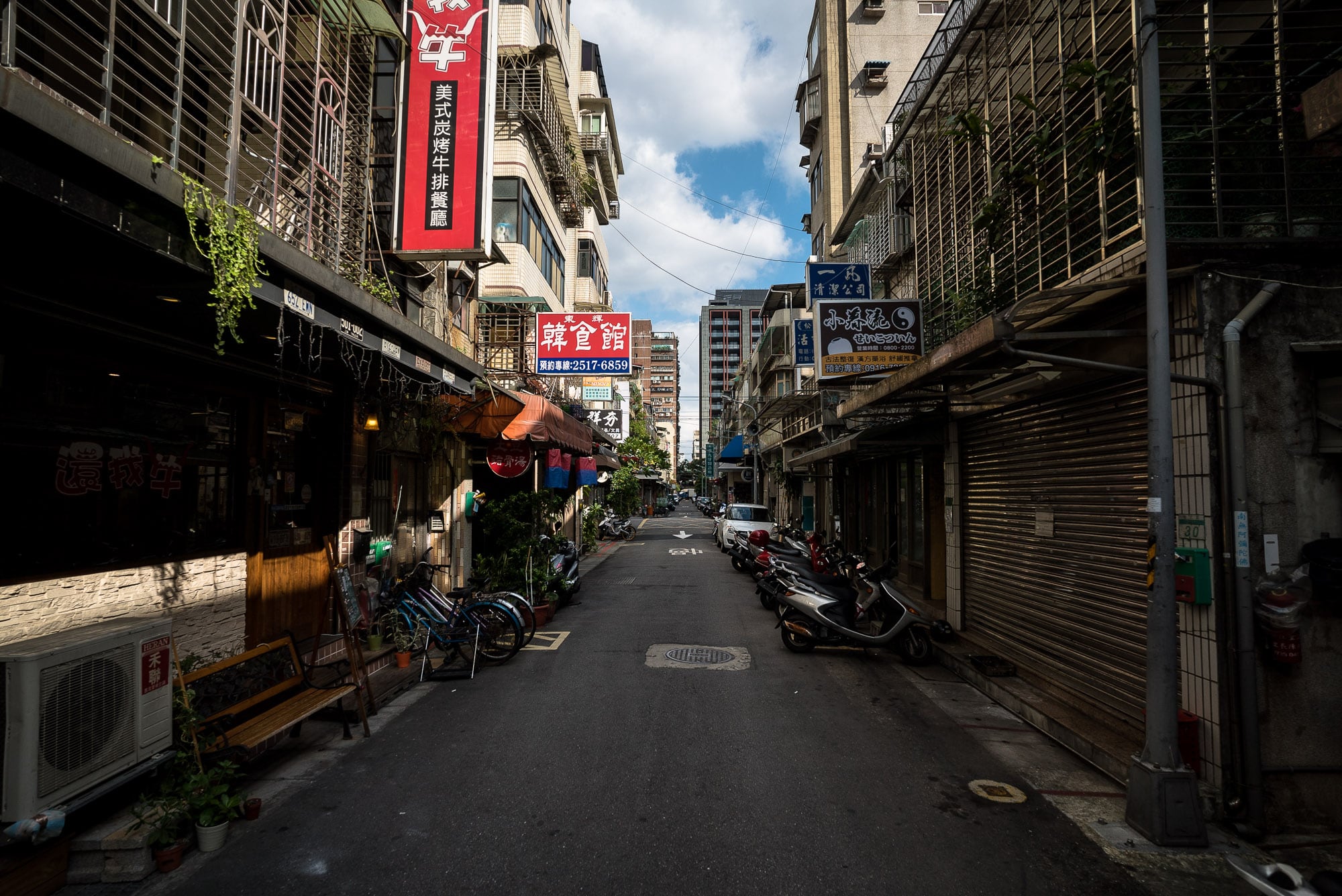 I had been wanting to come for such a long time, it felt a bit surreal to finally be here.

My publishers took me around, going to great lengths to care for my culinary needs. I asked them for regular food, the kind that people liked to have during their lunch breaks, and I got it: 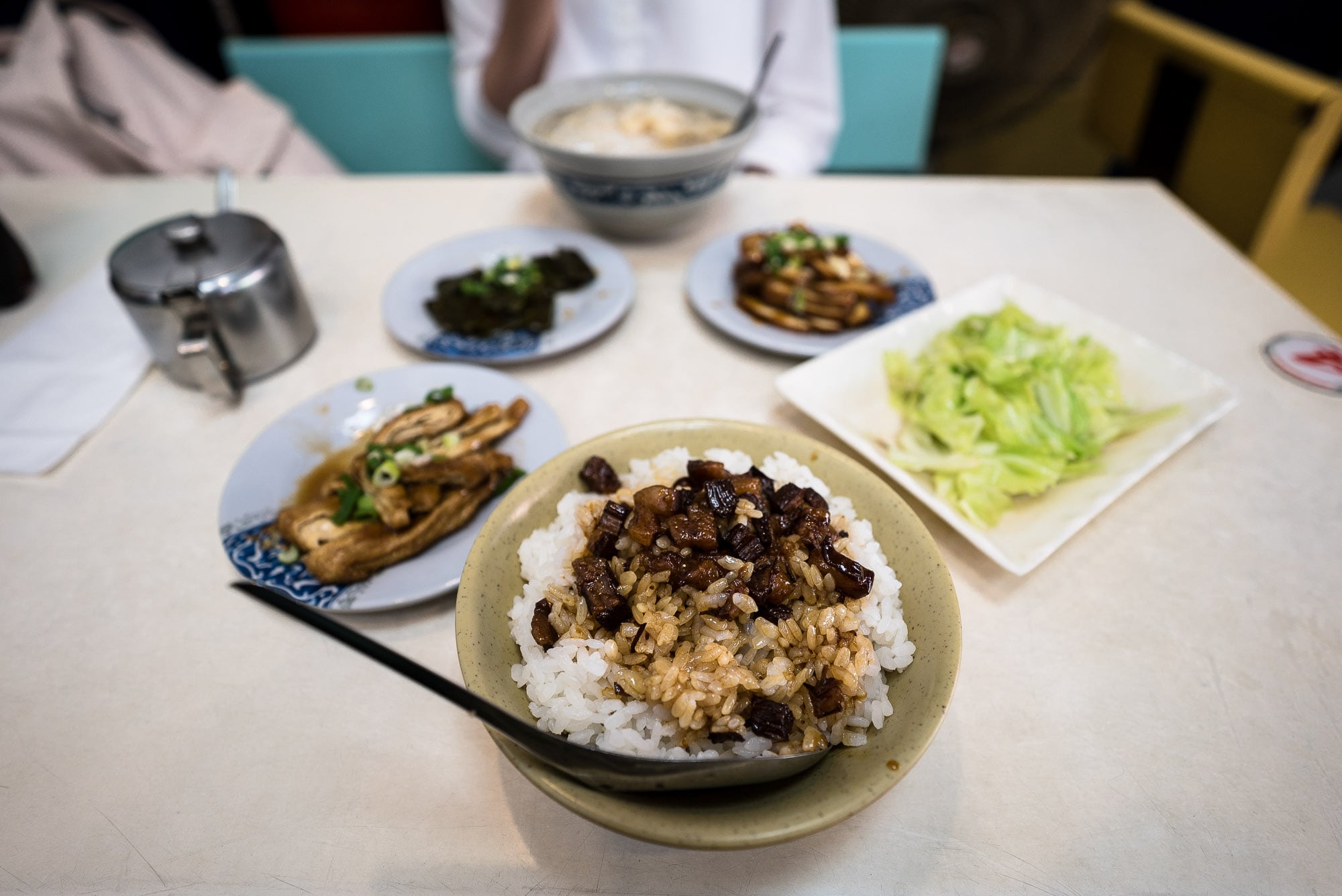 Then they took me to a temple: 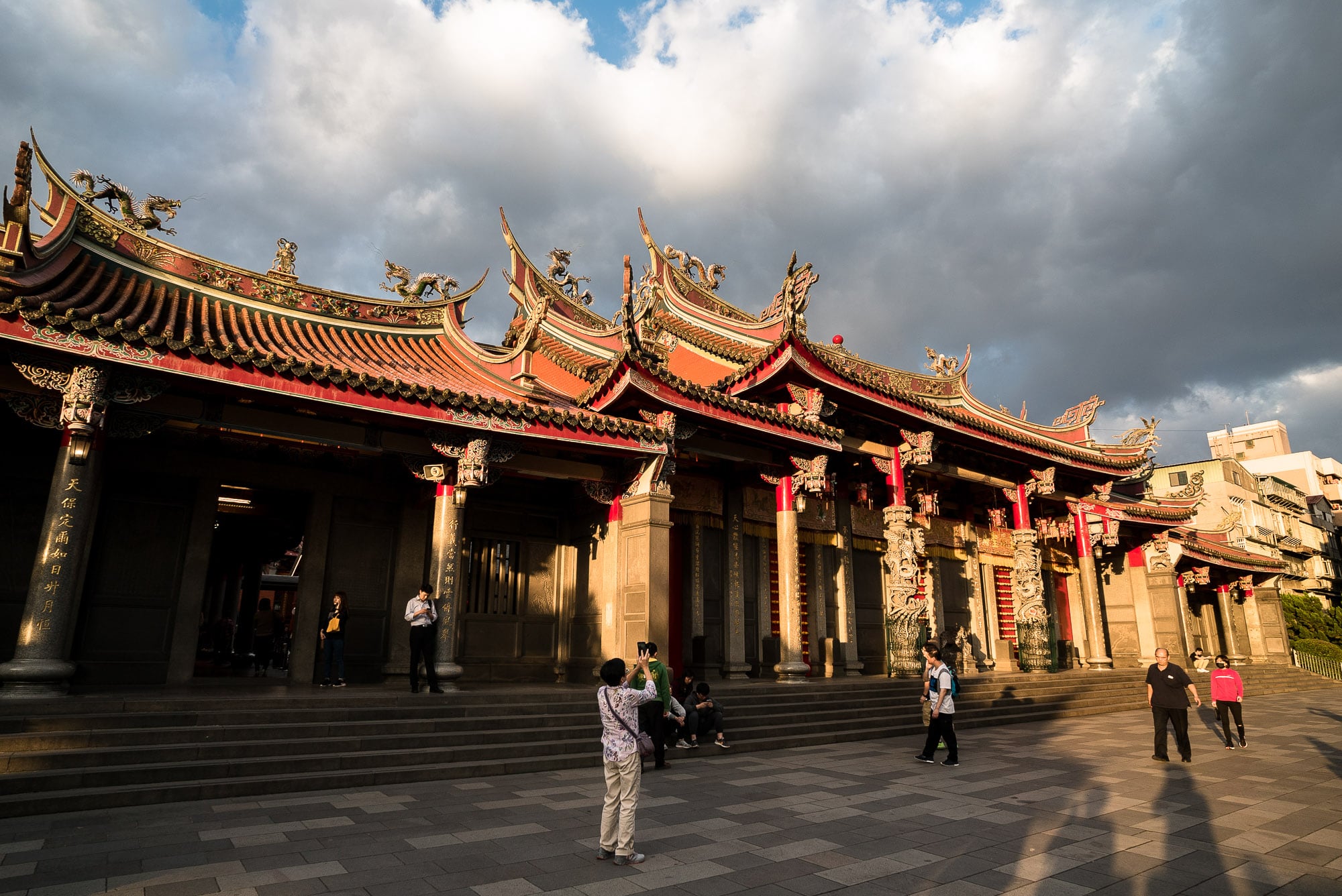 Hsing Tian Kong is dedicated to Guan Yu, whose birthplace I had visited on my walk through China almost ten years earlier.

I was surprised by the number of people who had come to read and pray: 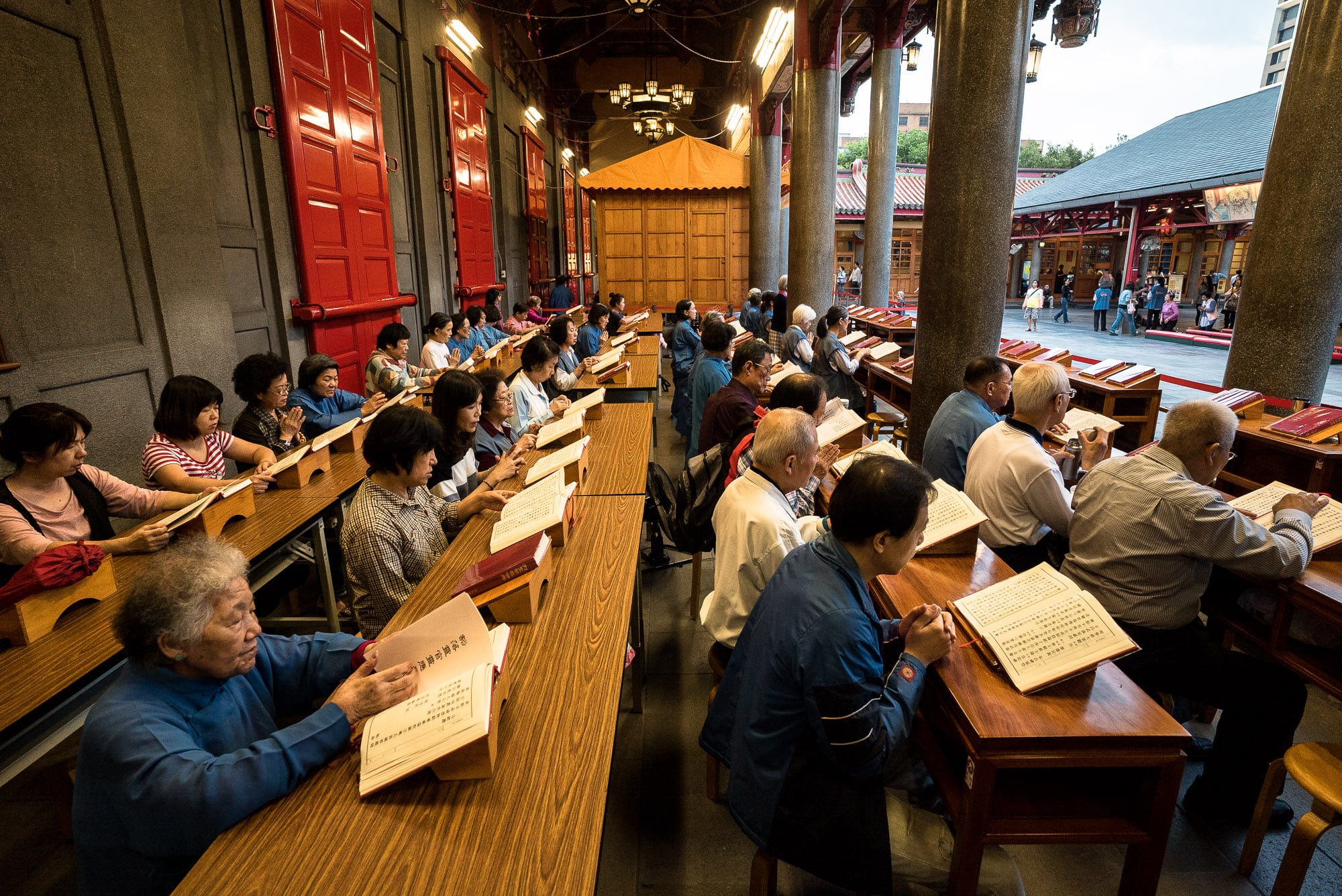 It was very different from what I’d seen in China. Take the large Yonghegong complex in Beijing, for example. Yonghegong, like many other temples on the mainland, had a rather lifeless feel to it, as if it was more of a museum than a place of spirituality. Sure, many people burned incense there. But the incense itself was often very expensive, and the act of burning it seemed confused and desperate, as if it was part of some vague superstition and not a religious belief. 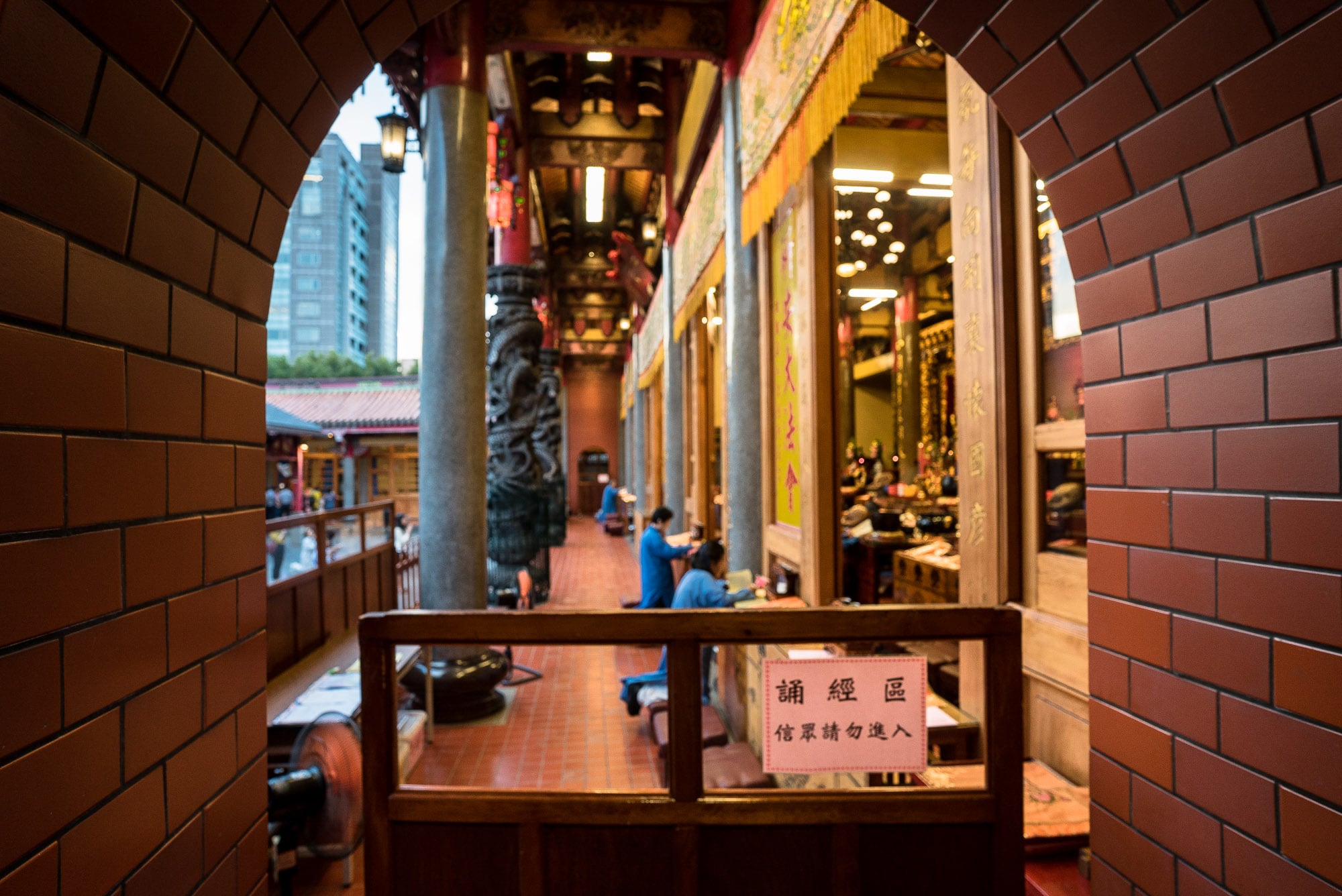 I forgot to ask what these things were called: 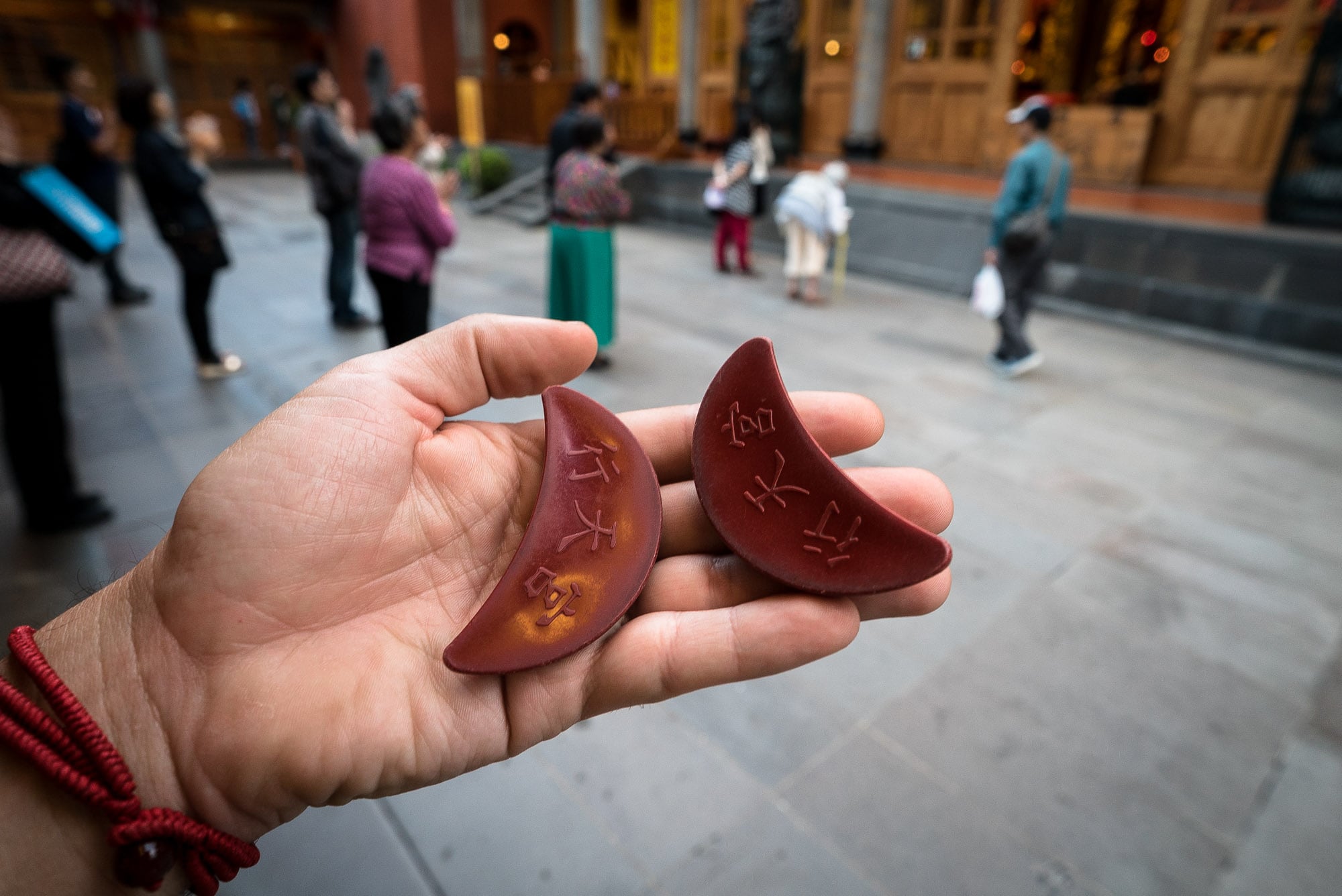 If you were unsure about something, you were supposed to ask a yes/no question and then toss them to the ground.

I liked this temple a lot: 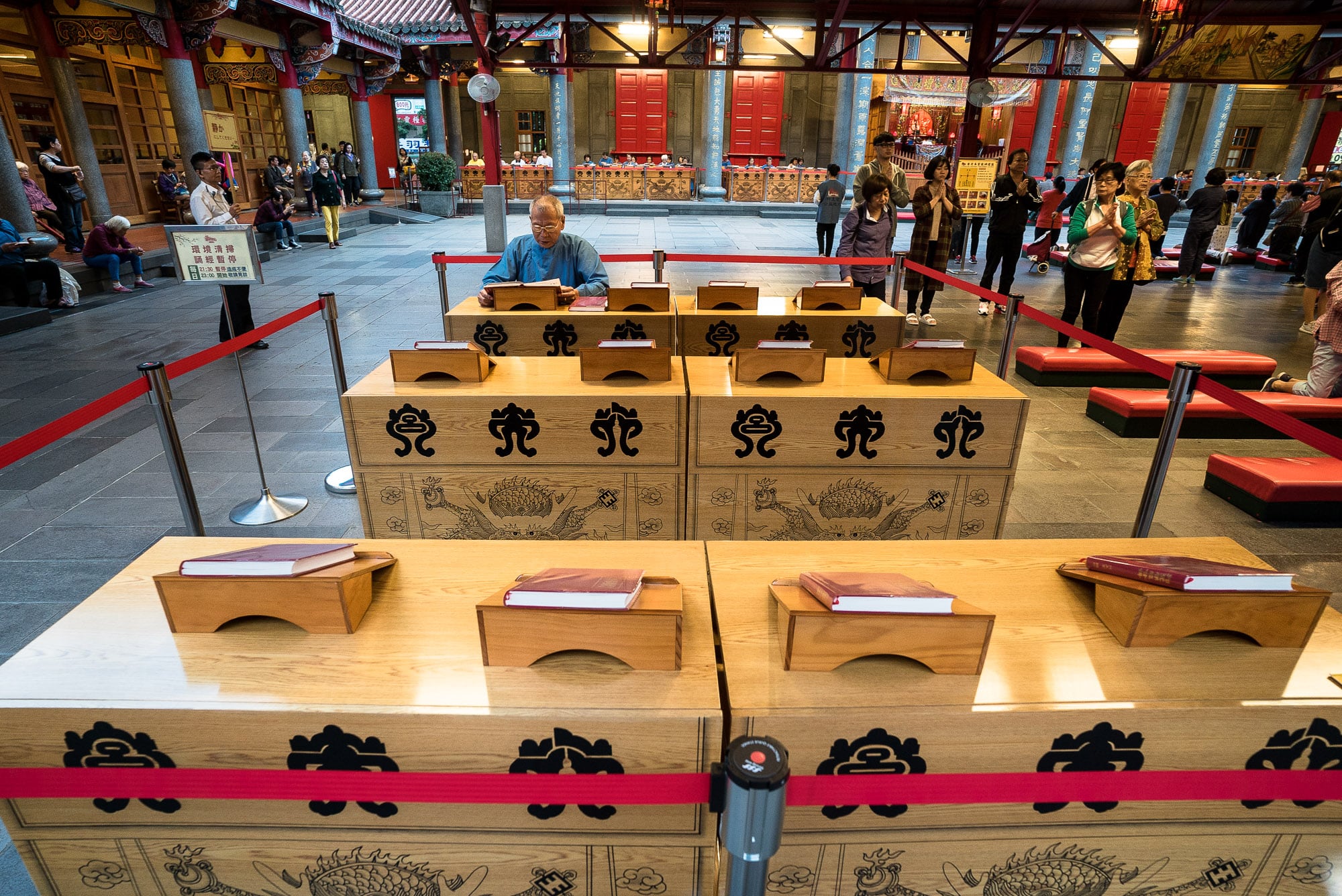 We went to a large bookstore after this. It was close to the Taipei 101 building, which had been the tallest skyscraper on the planet more than 10 years ago: 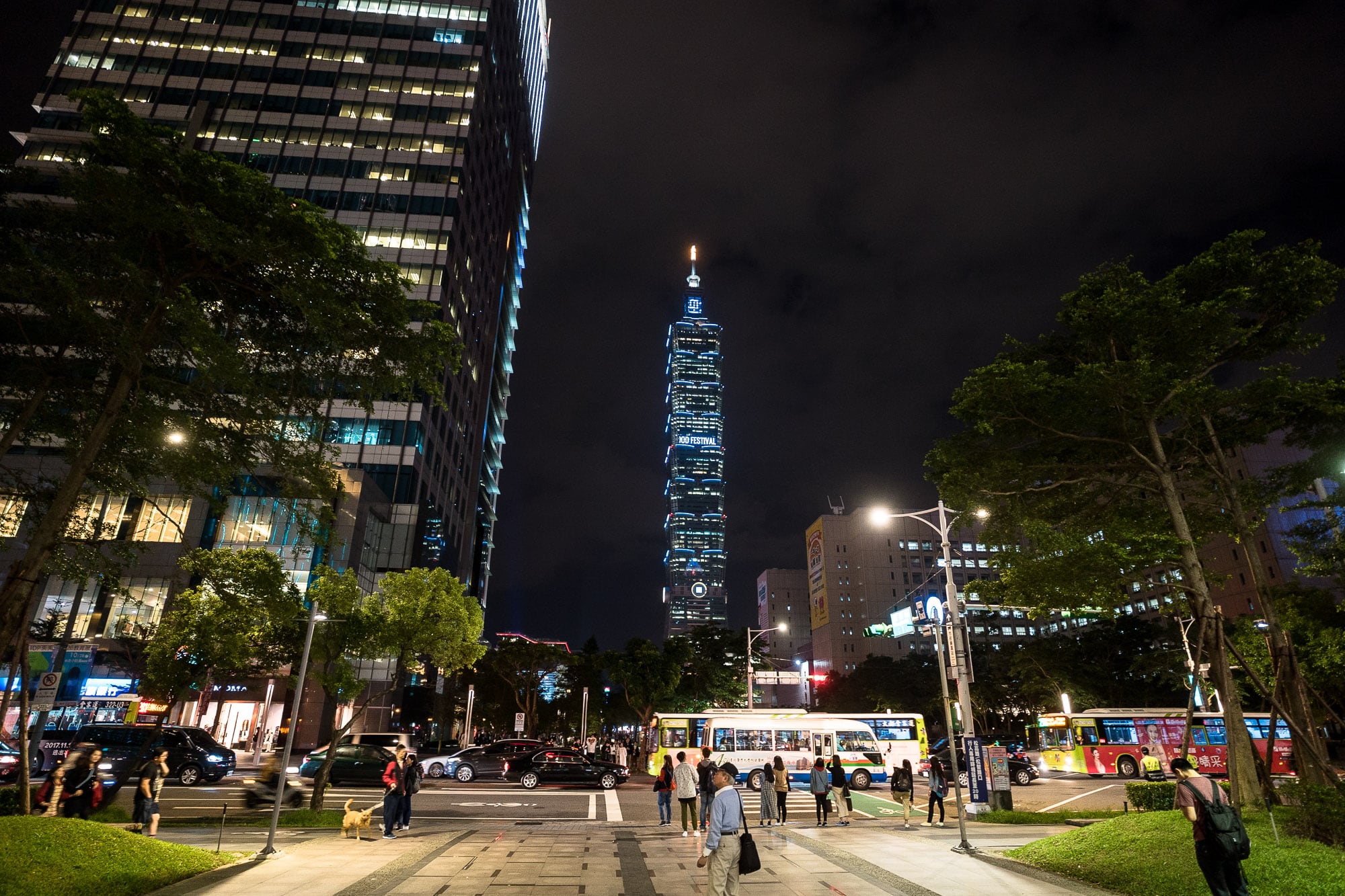 We did a sort of podium discussion about my books “The Longest Way” and “Neuschweinstein”, both of which had just come out in Taiwan: 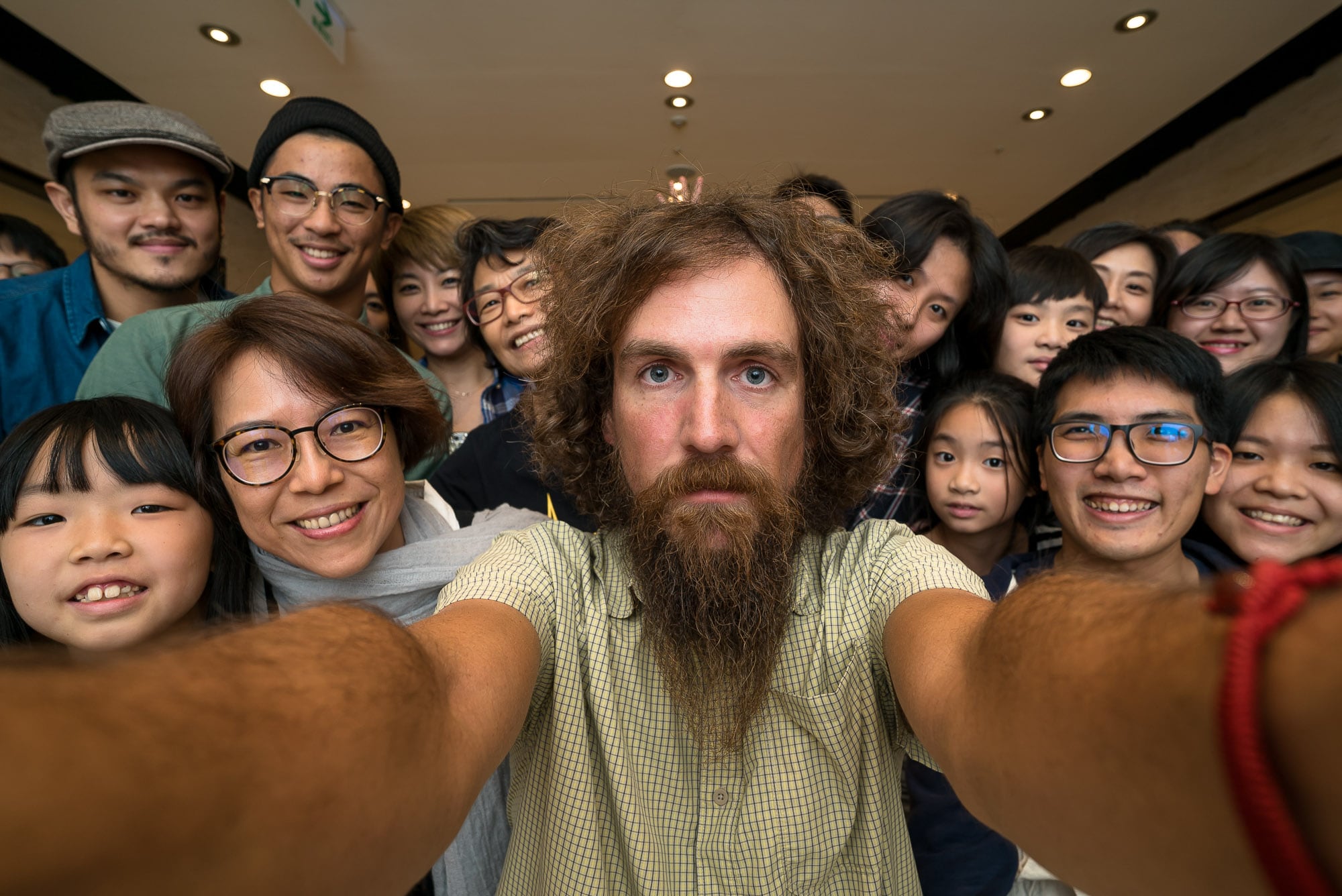 It reminded me of the readings I had done in Germany almost exactly one year earlier.

The publishers took me out to dinner after: 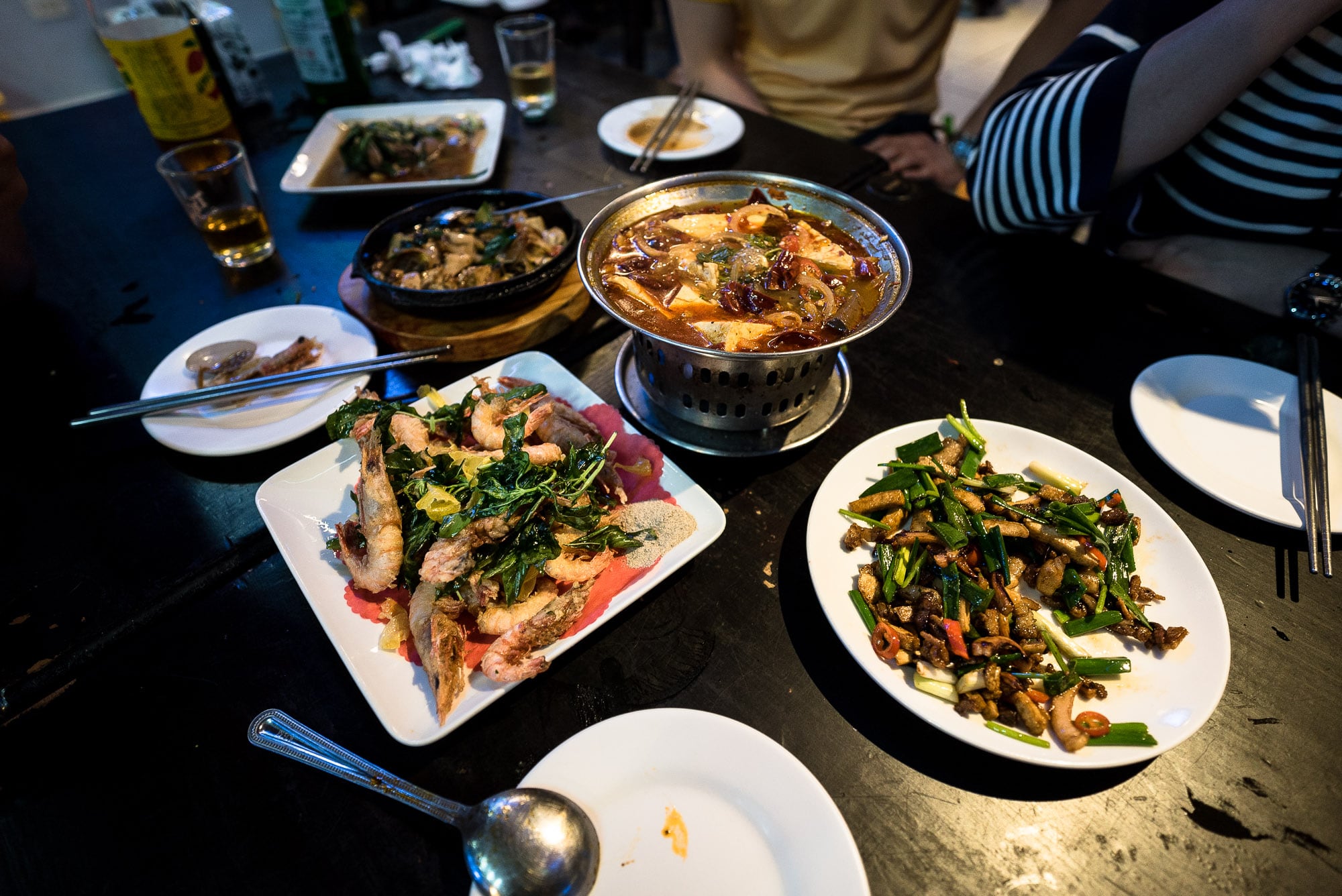 And they gave me beer: 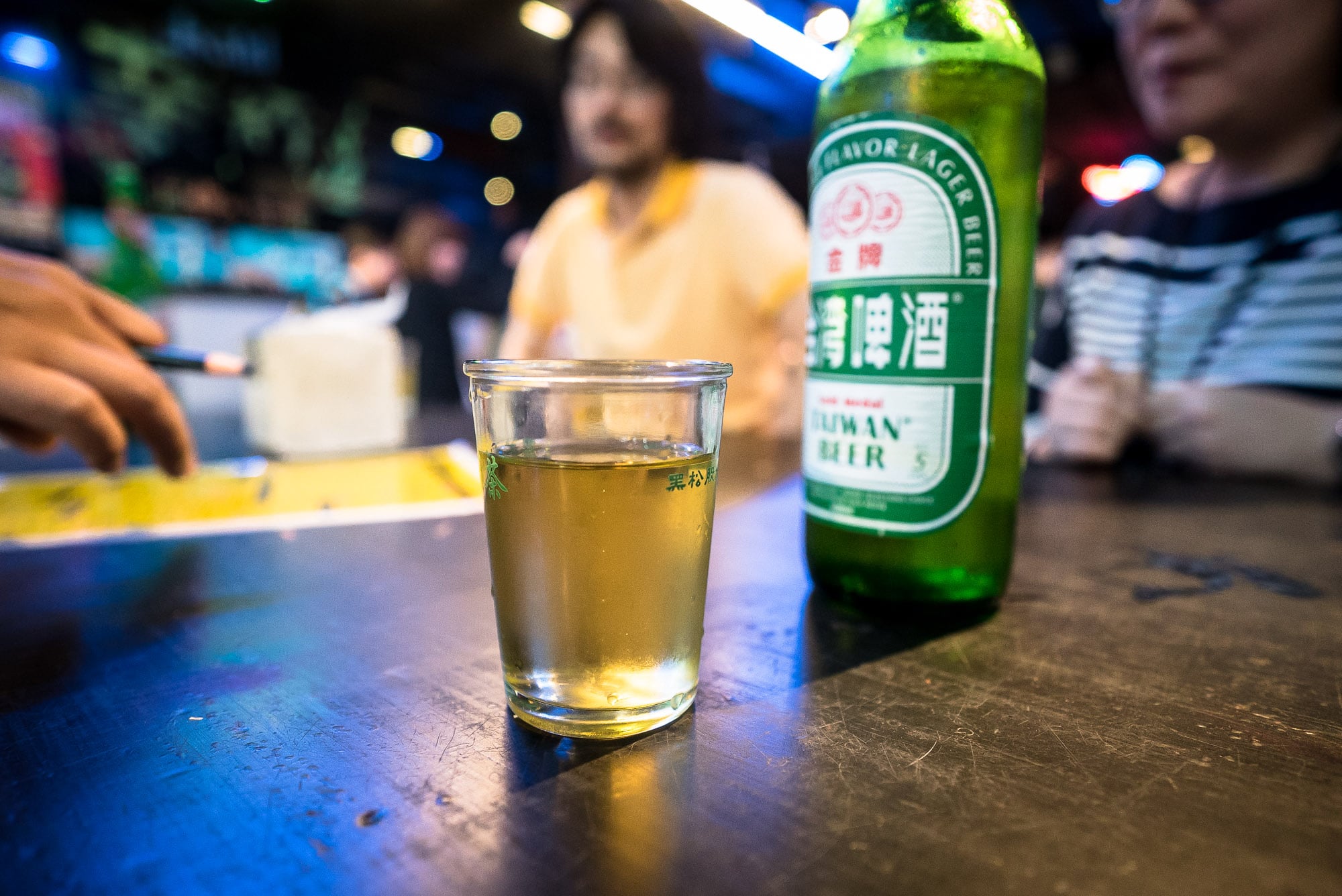 I told them that even though I had been in Taiwan for only one day, I somehow knew that I loved it.

And I wasn’t lying.