I was going to leave Isfahan and take a night train to Tehran today. Needed to catch my flight to Taiwan from there. But! There was at least one more mosque on the Naqsh-e Jahan Square in Isfahan that I hadn’t seen yet: 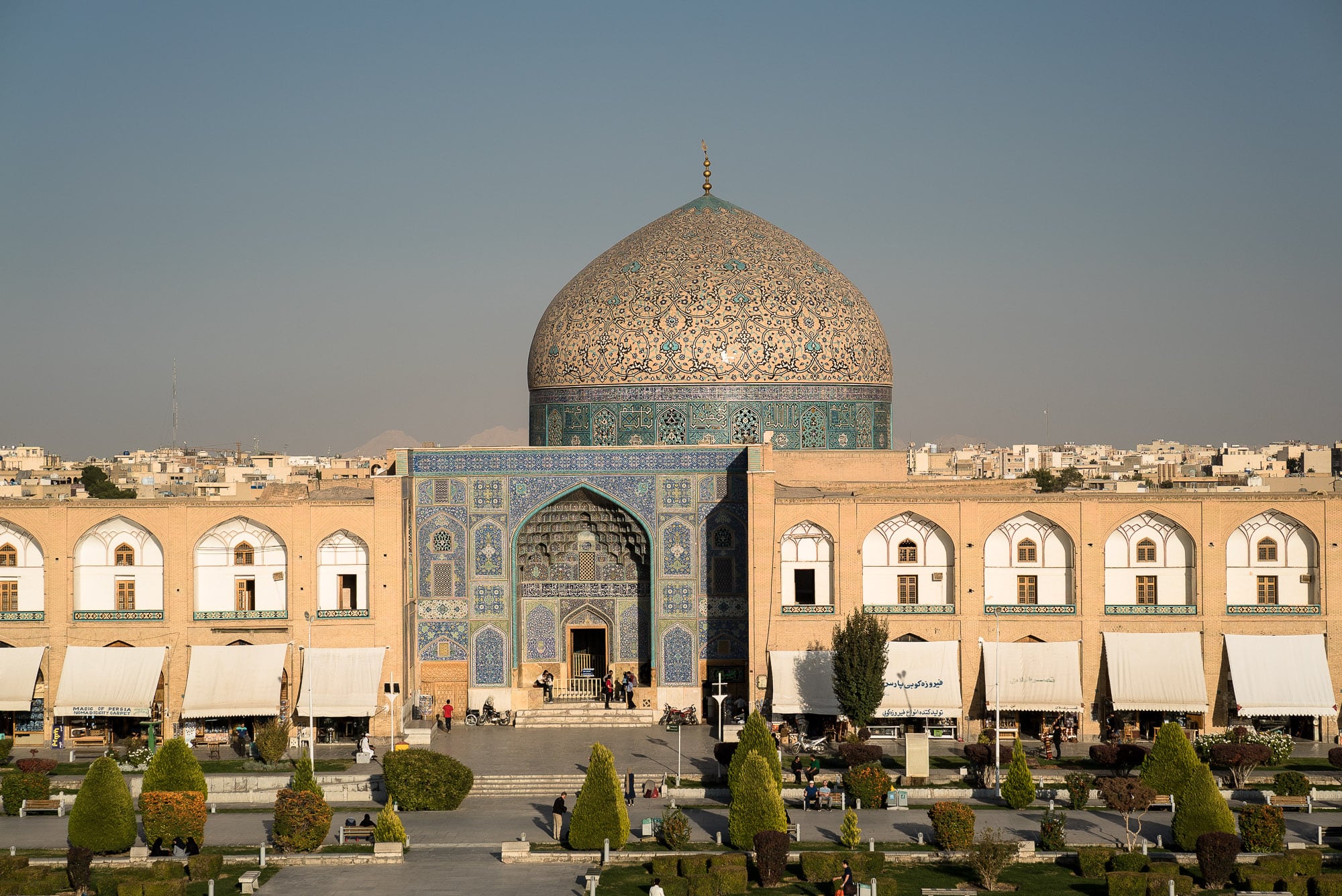 It was the Sheikh Lotfollah Mosque, a rare private mosque that a 17th-century Shah had erected exclusively for himself and his entourage. It didn’t have any minarets, but it had a particularly nice dome: 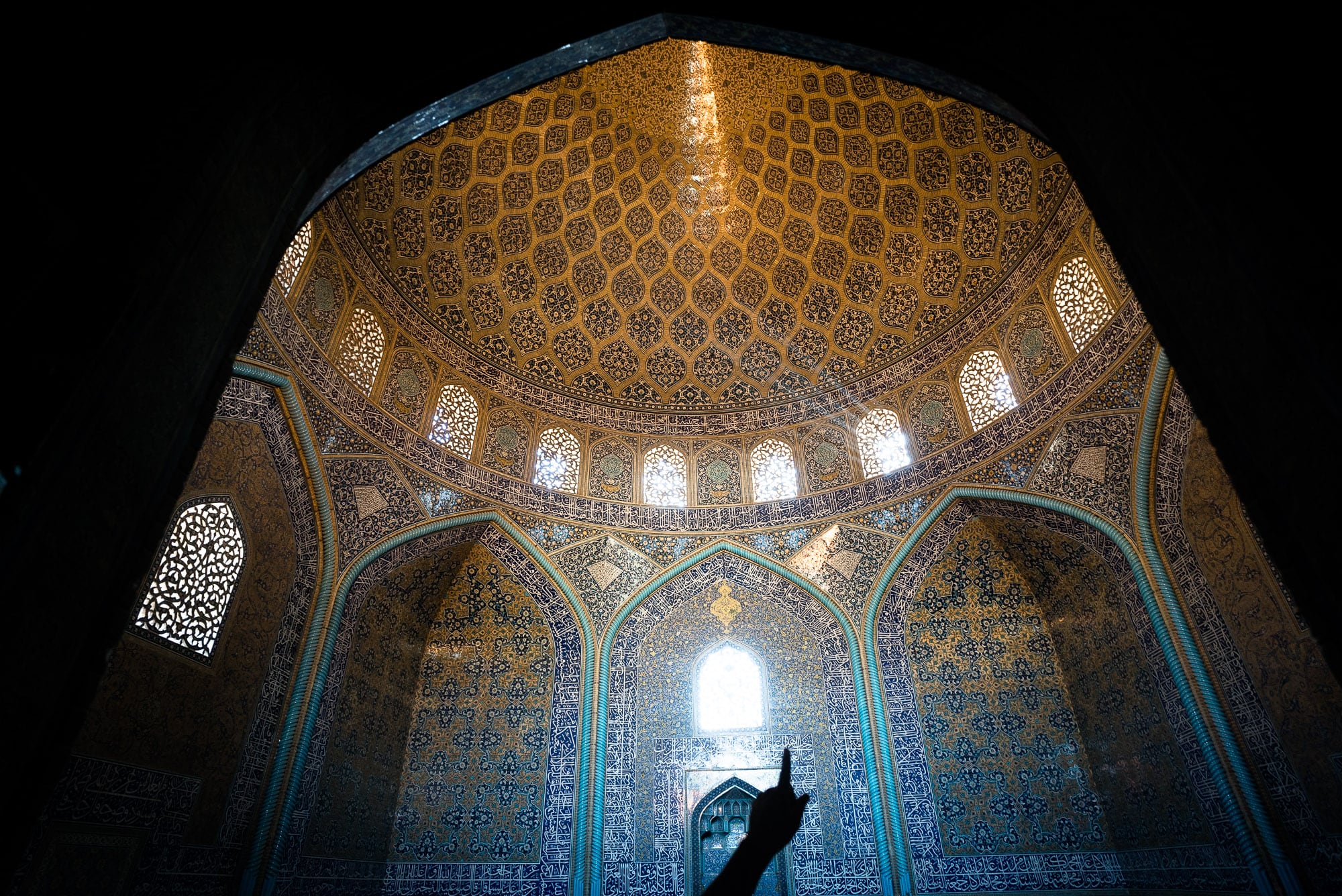 And in the center of the dome, when viewed from a certain angle, there was a reflection that looked like a peacock: 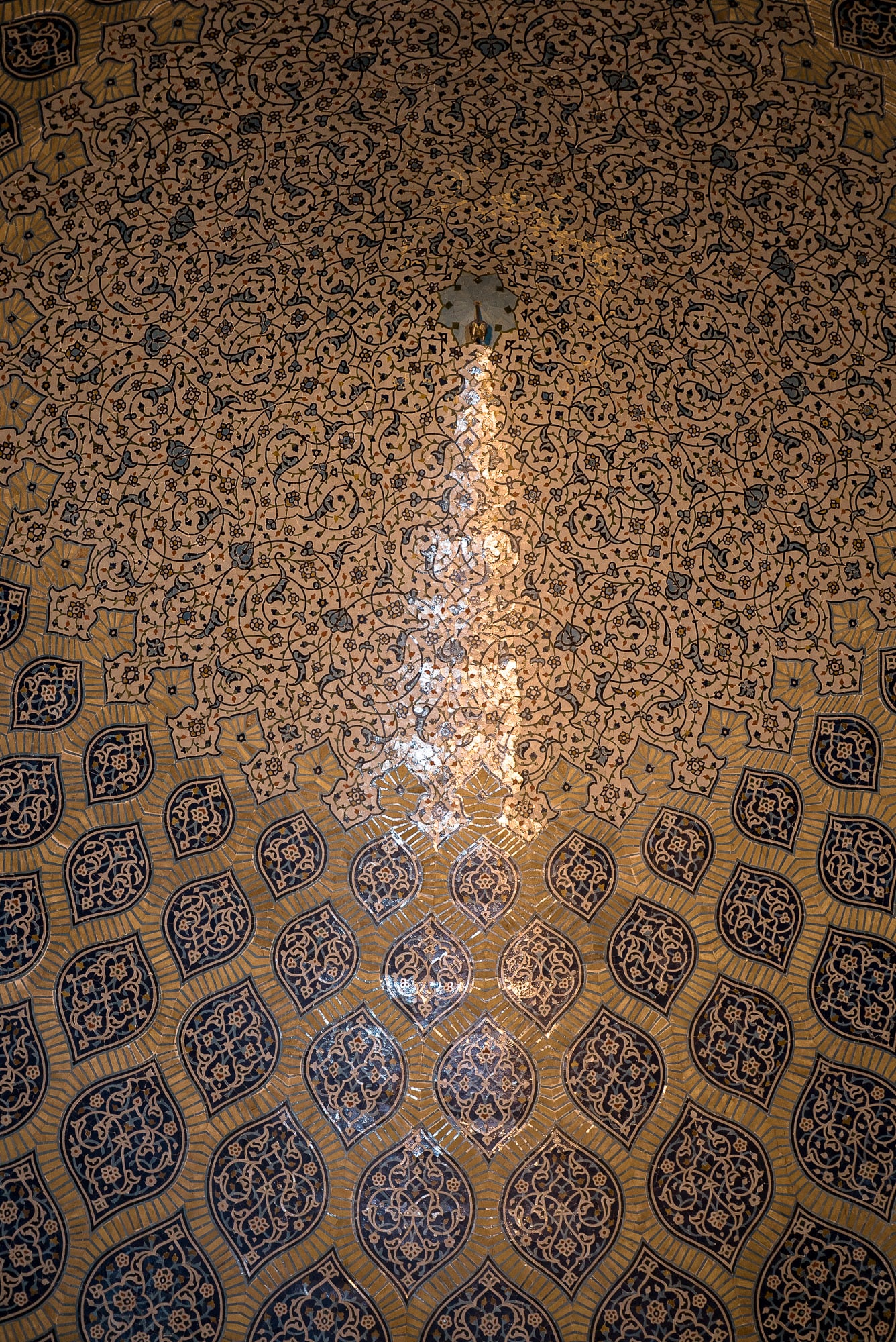 I loved it, because seeing the peacock’s tail somehow felt a bit like managing to do a finishing move in Mortal Kombat.

Anyway, considering that I still had some time before my train ride, I decided to go to the Aali Qapu Palace which was right on the other side of the square. It didn’t look that impressive from the outside: 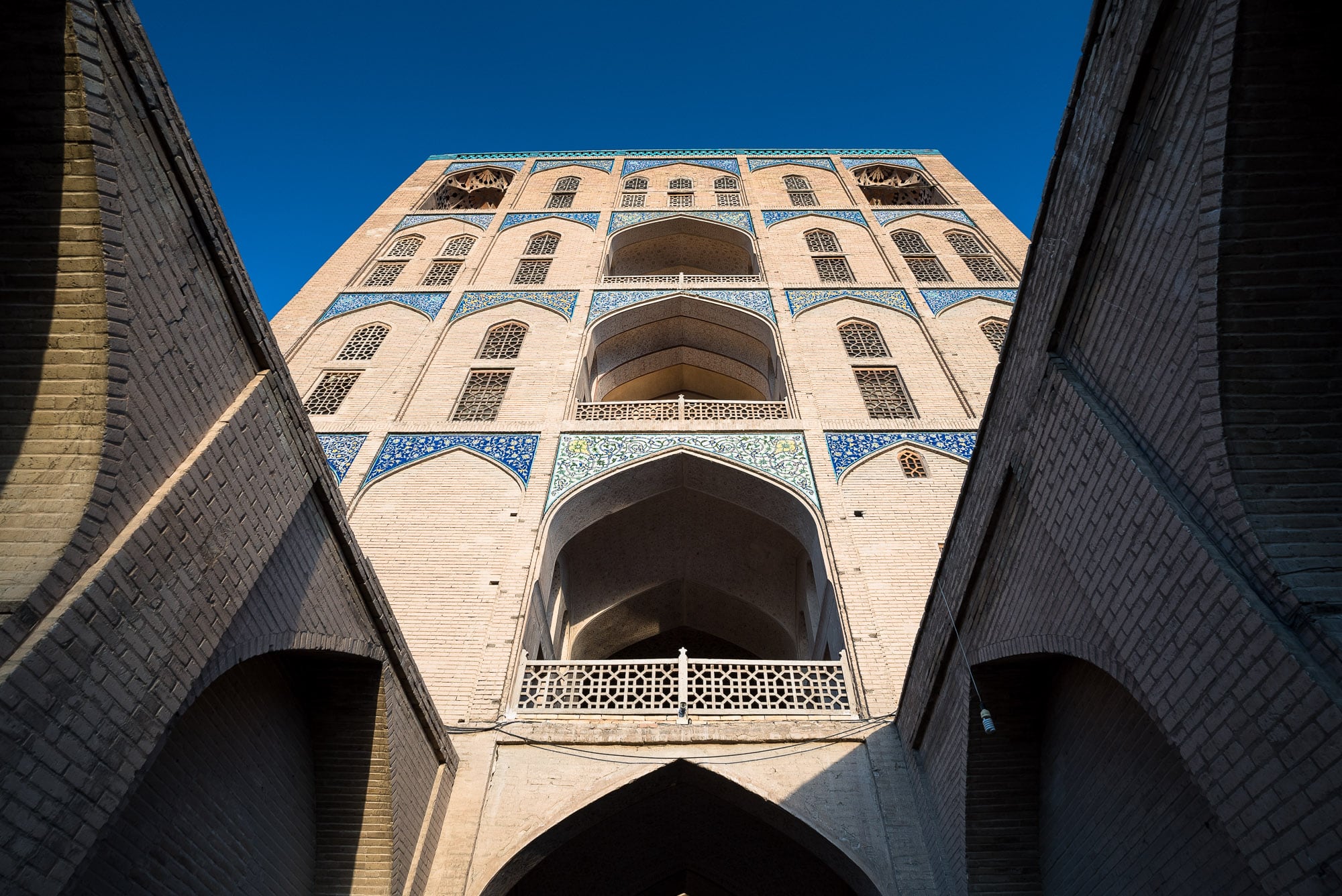 And yet there were quite a few tourists (most of them grey-haired ladies and gentlemen from Europe) who were happily snapping away: 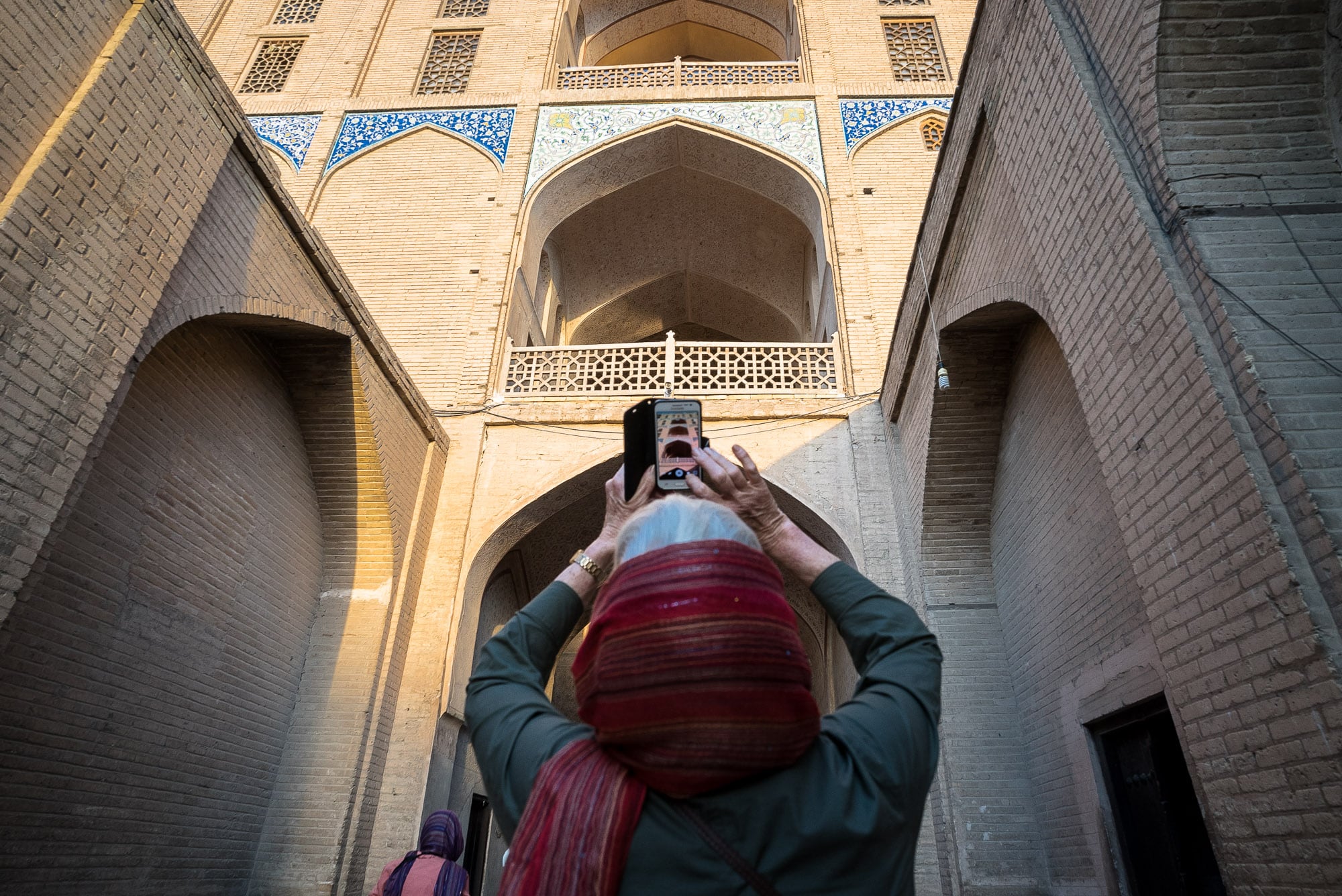 And they were right: 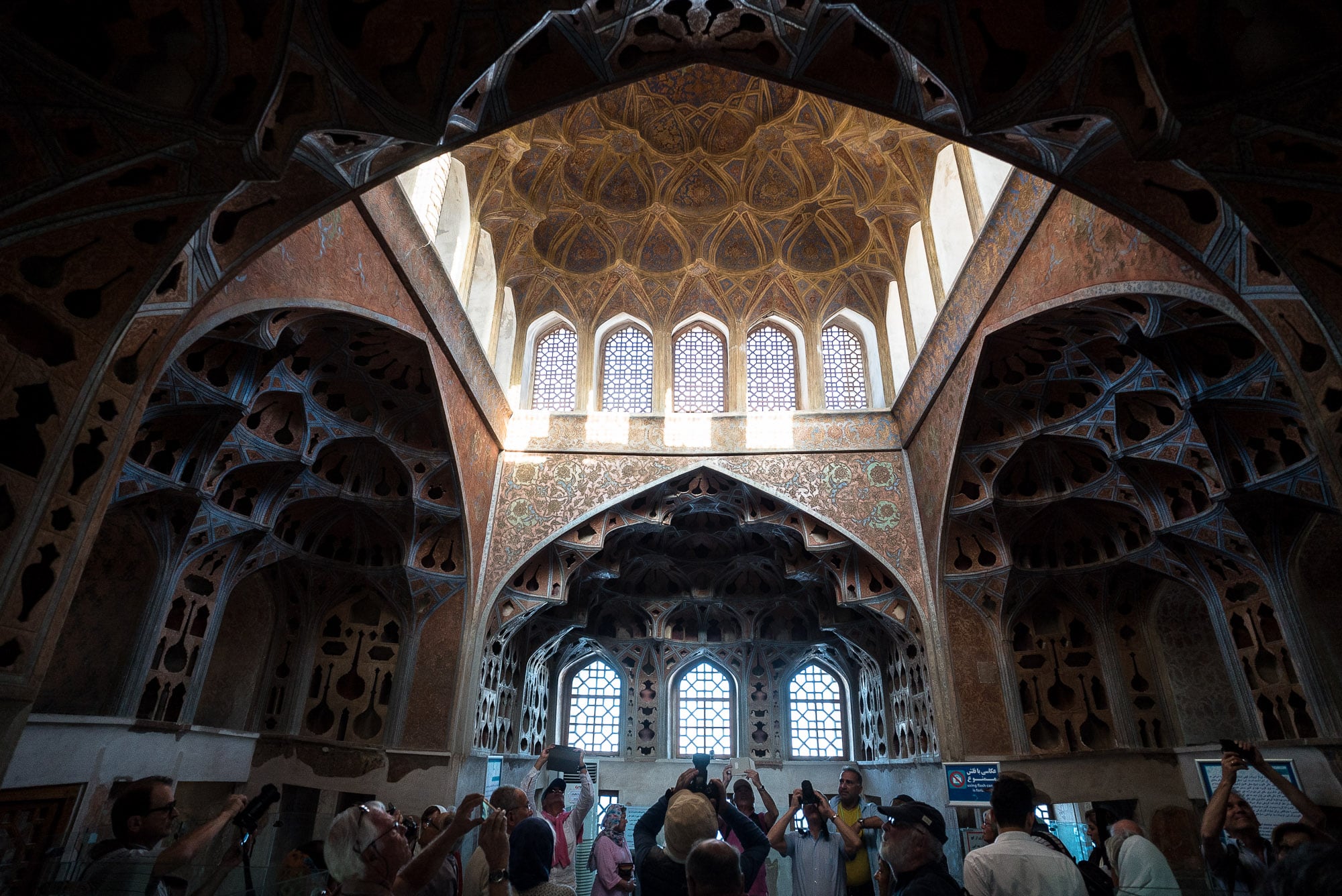 It was all very pretty: 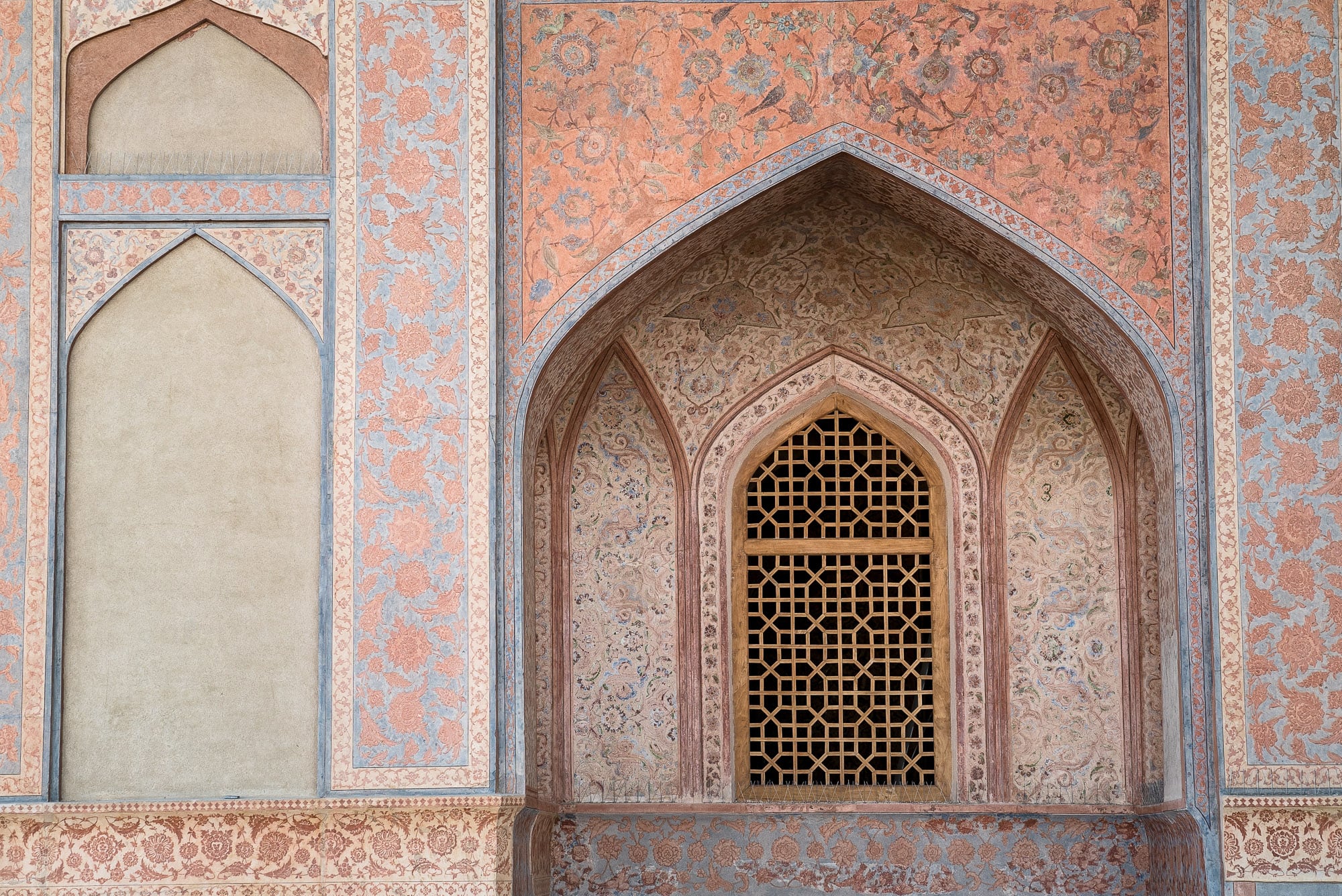 And some of the halls inside the palace were breathtaking: 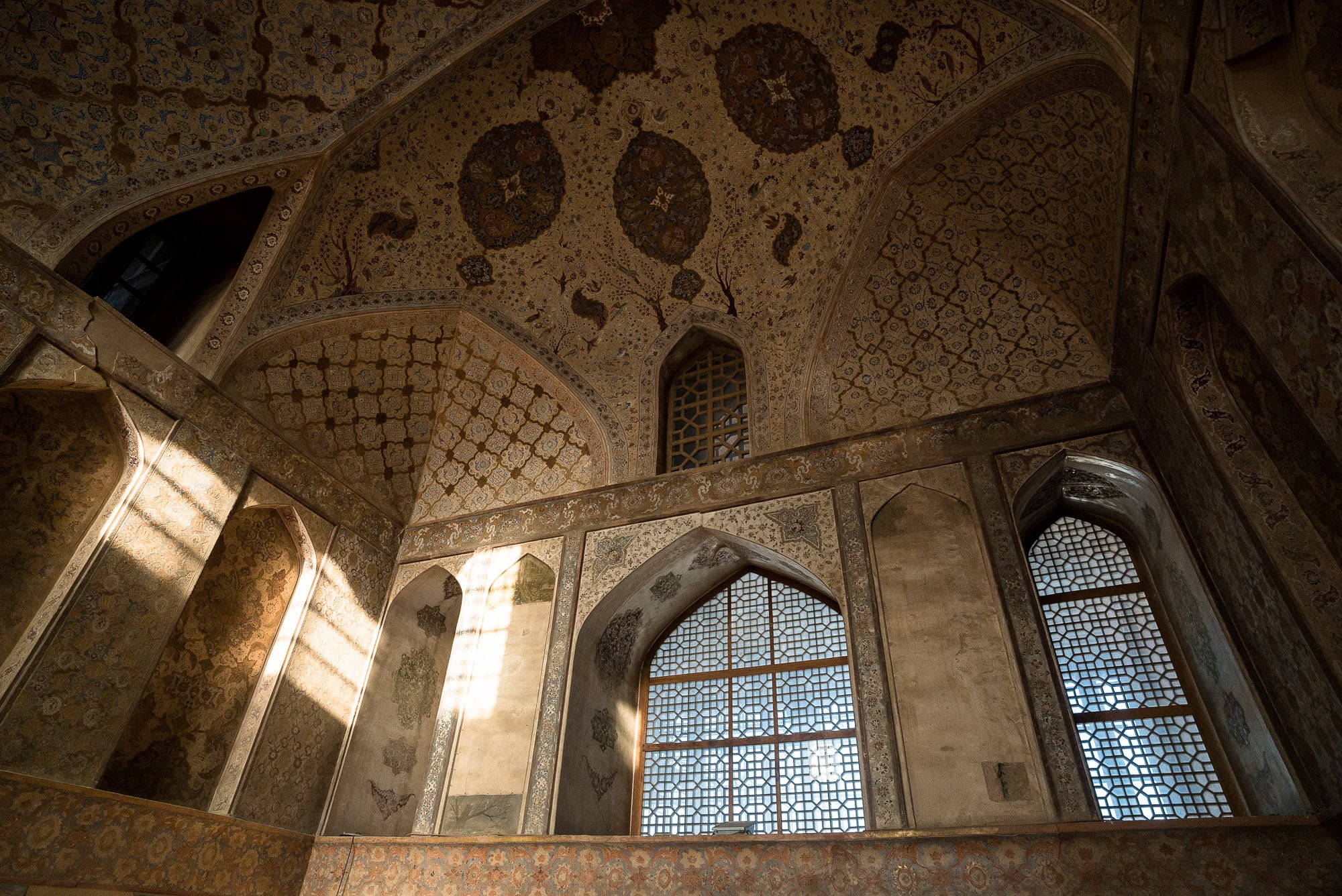 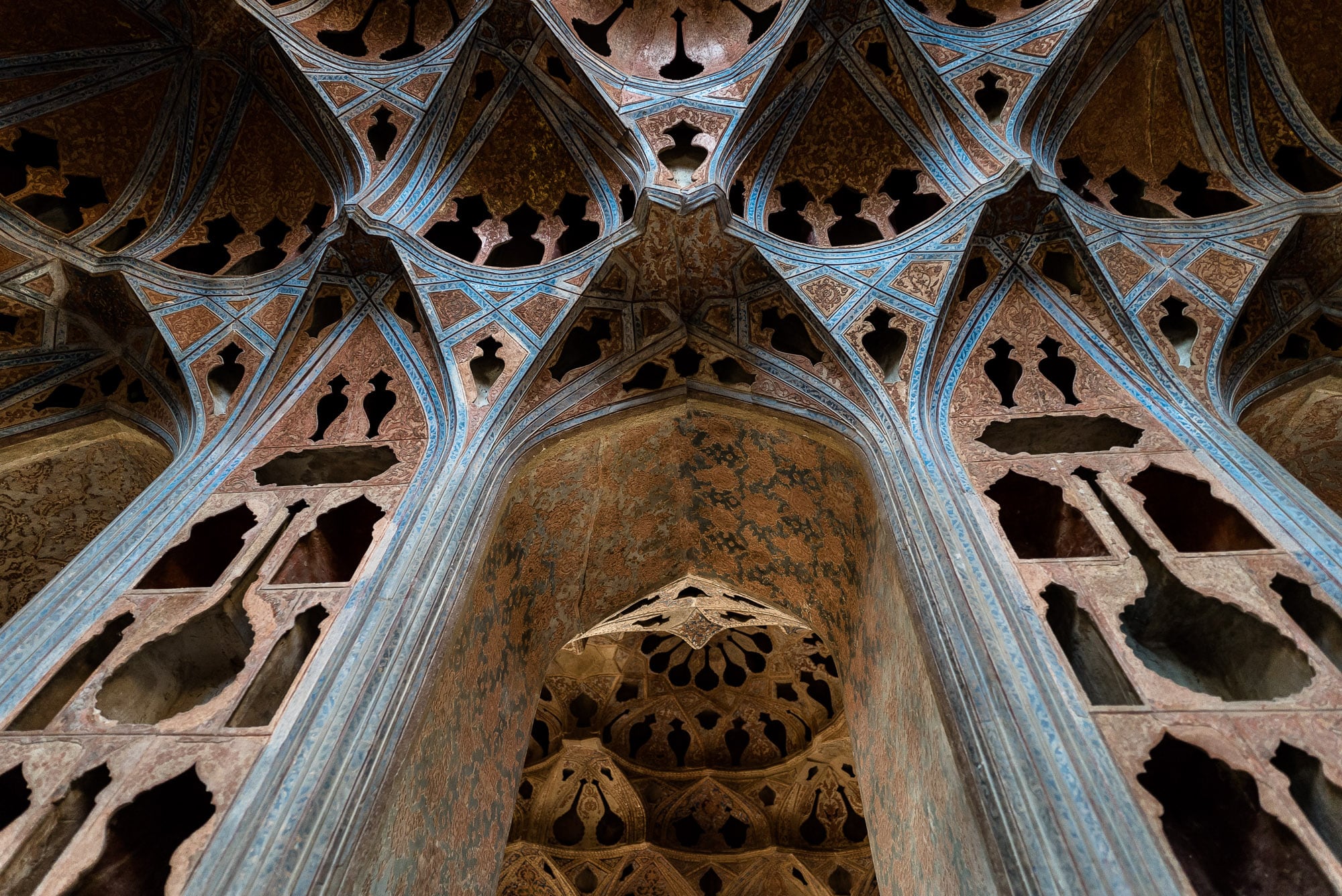 …and in the ceiling: 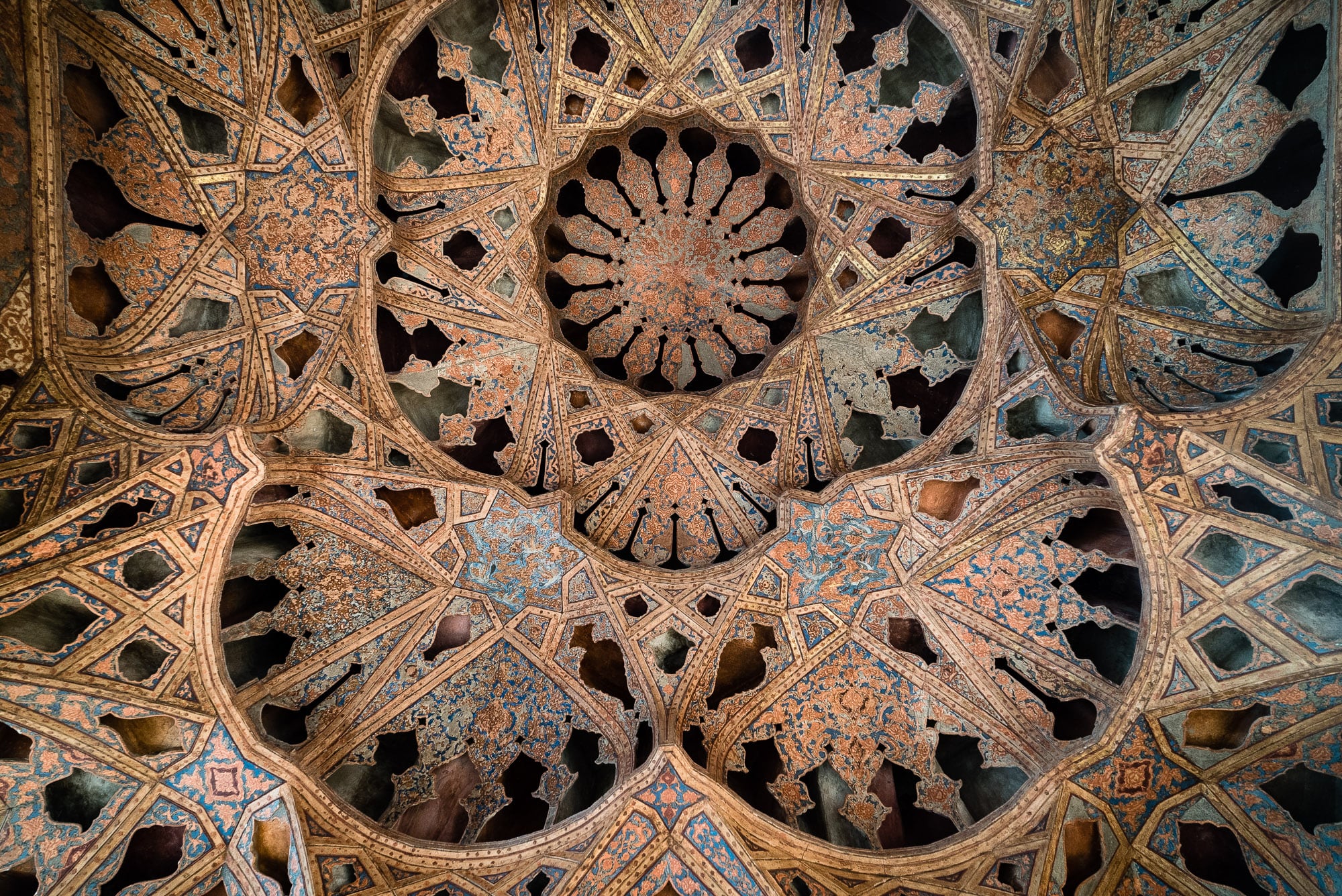 I found them very beautiful, but they apparently served acoustic purposes.

Anyway, I ended up spending a lot of time on a large balcony: 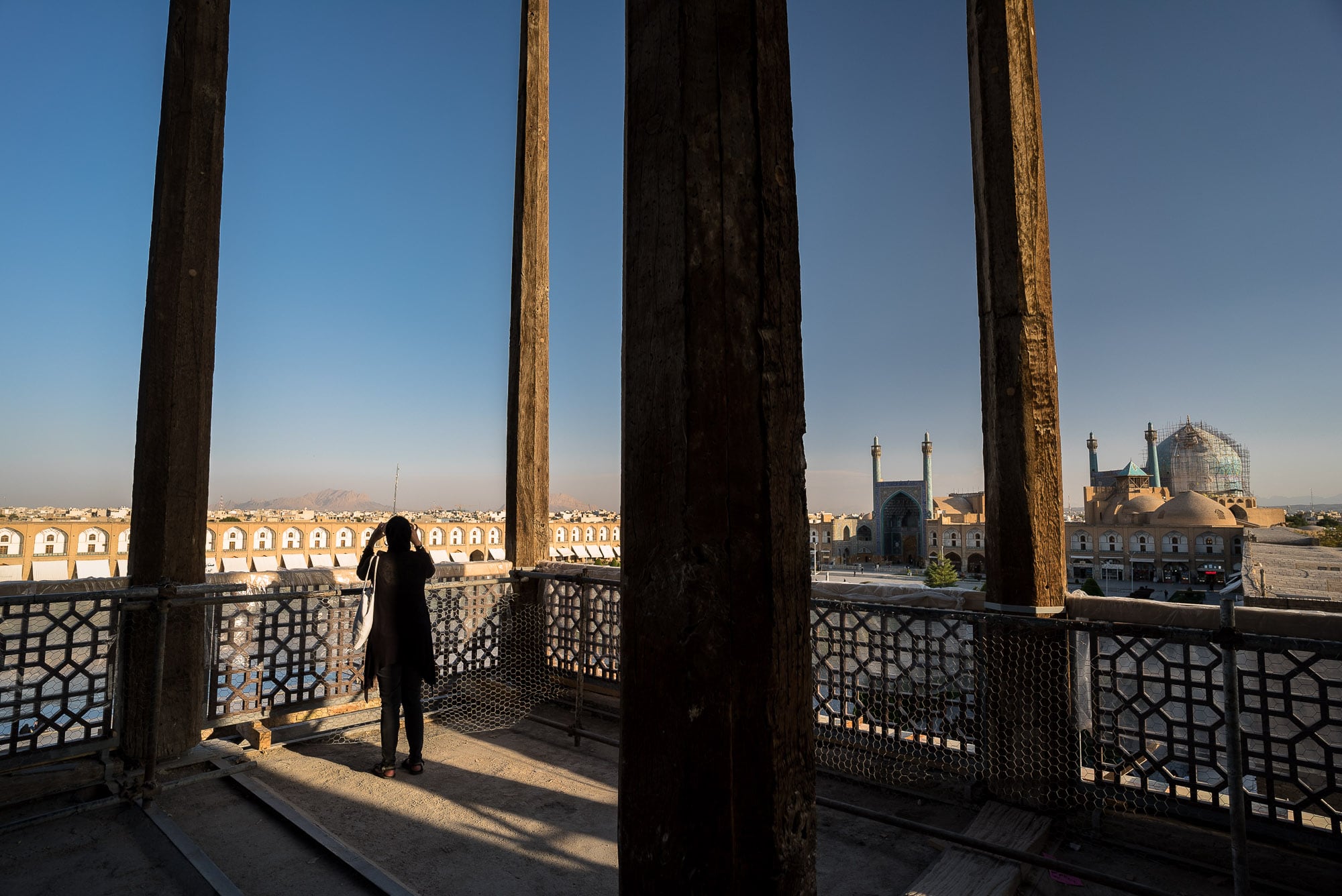 You could look over the square and parts of the city from up there: 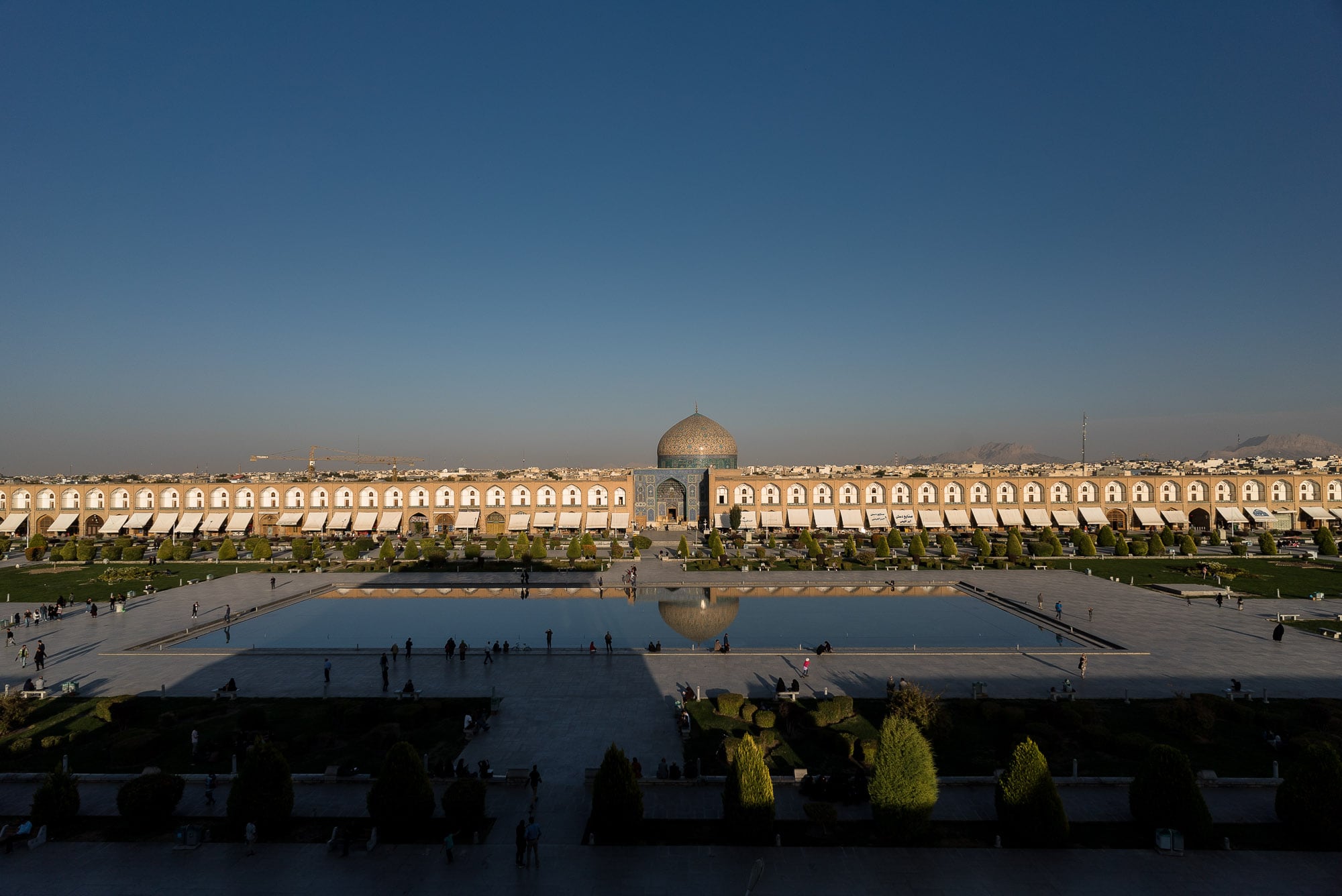 I stayed until late in the afternoon, then I left the palace and the square and Isfahan: 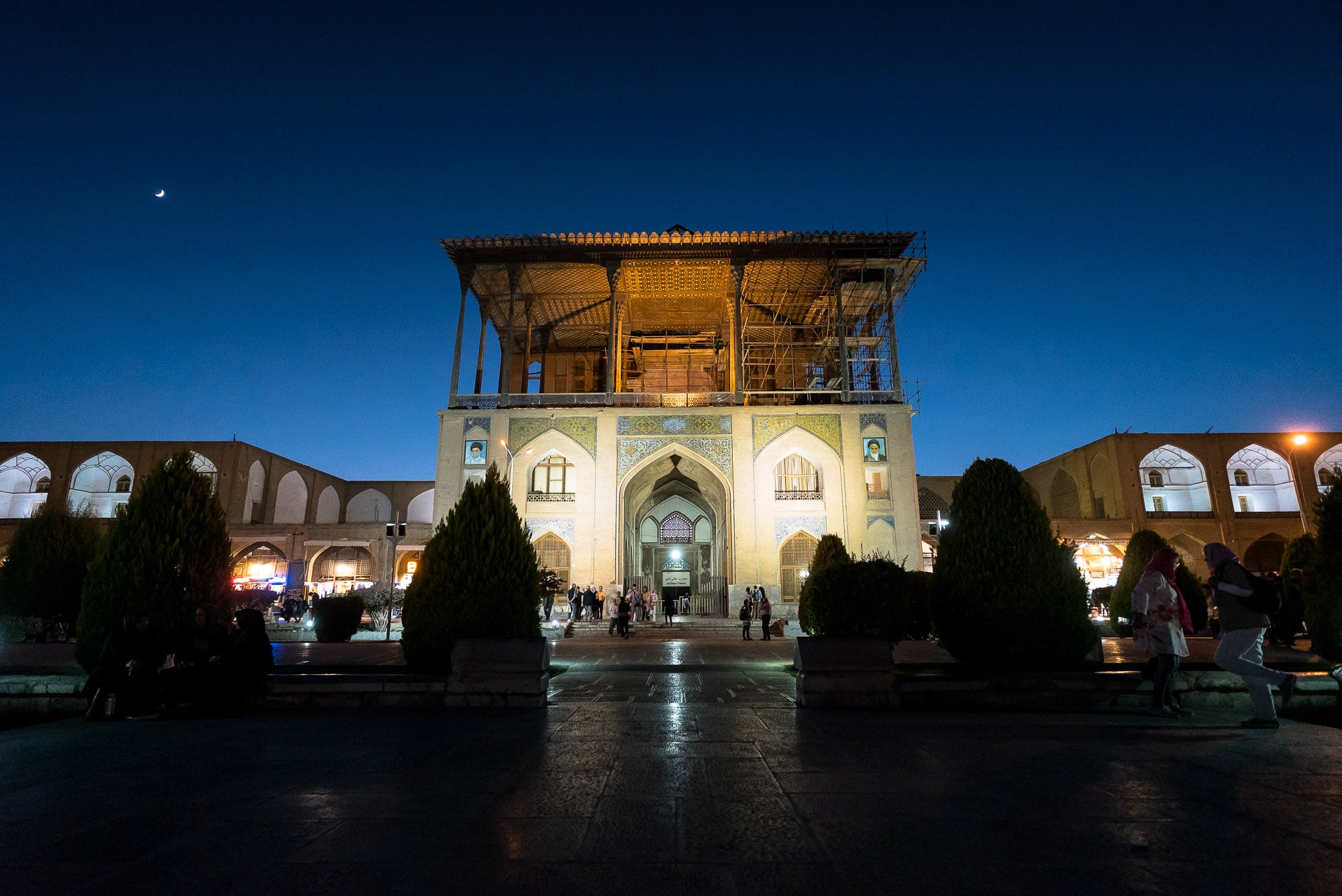 It had turned out to be one of my favorite cities:

When I got to the train station, I noticed an advertisement with a depiction of what the Zayandeh River was supposed to look like when it wasn’t completely dried up: 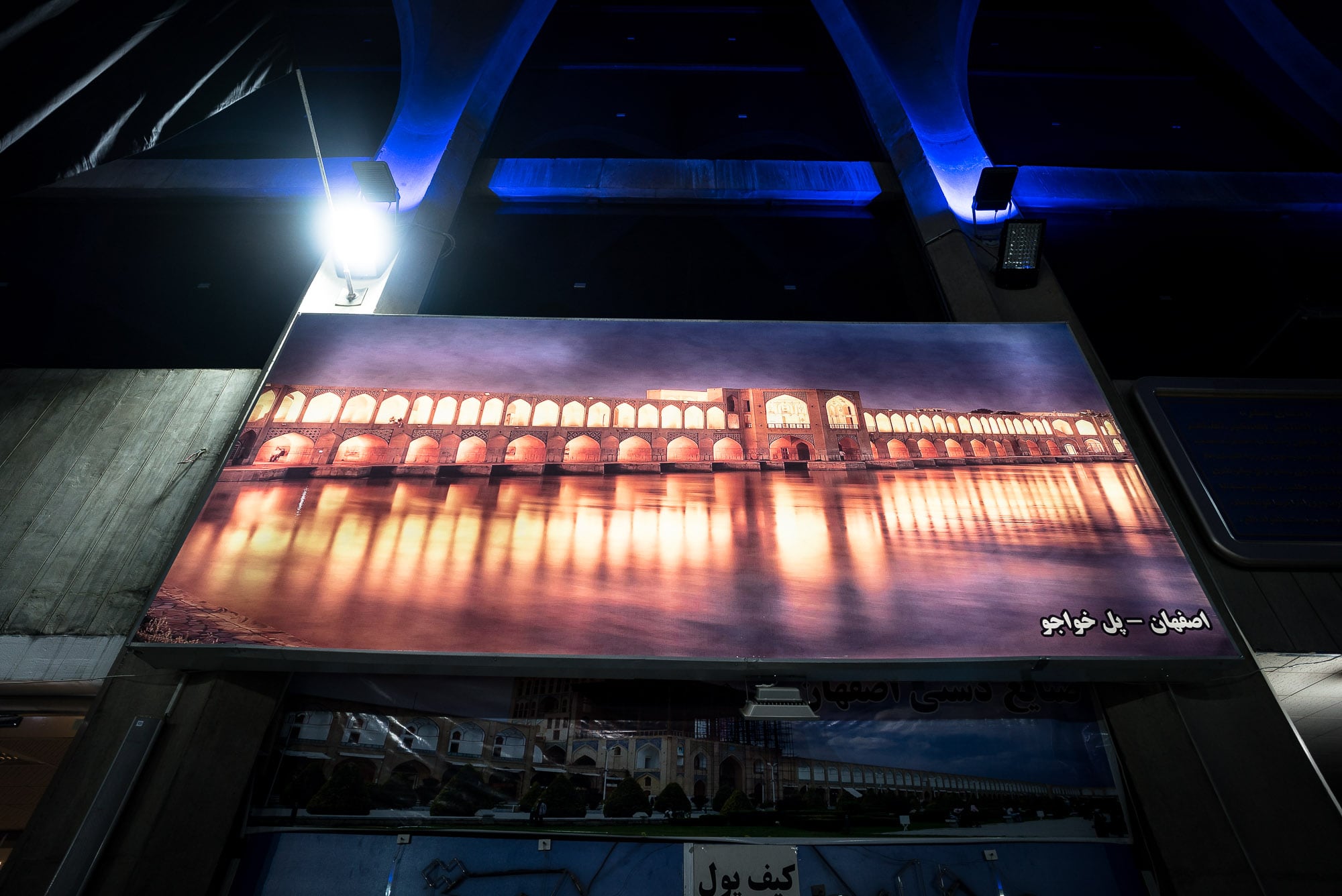 May you get your water back, I thought.

And I left Isfahan with a heavy heart.