There was a village outside of Isfahan, a little to the north of the city. The name of the village was Sin. I decided to go there and check out an old mosque that was there.

You could not miss the mosque; it had a minaret that was rather tall, rather slender, and rather lopsided: 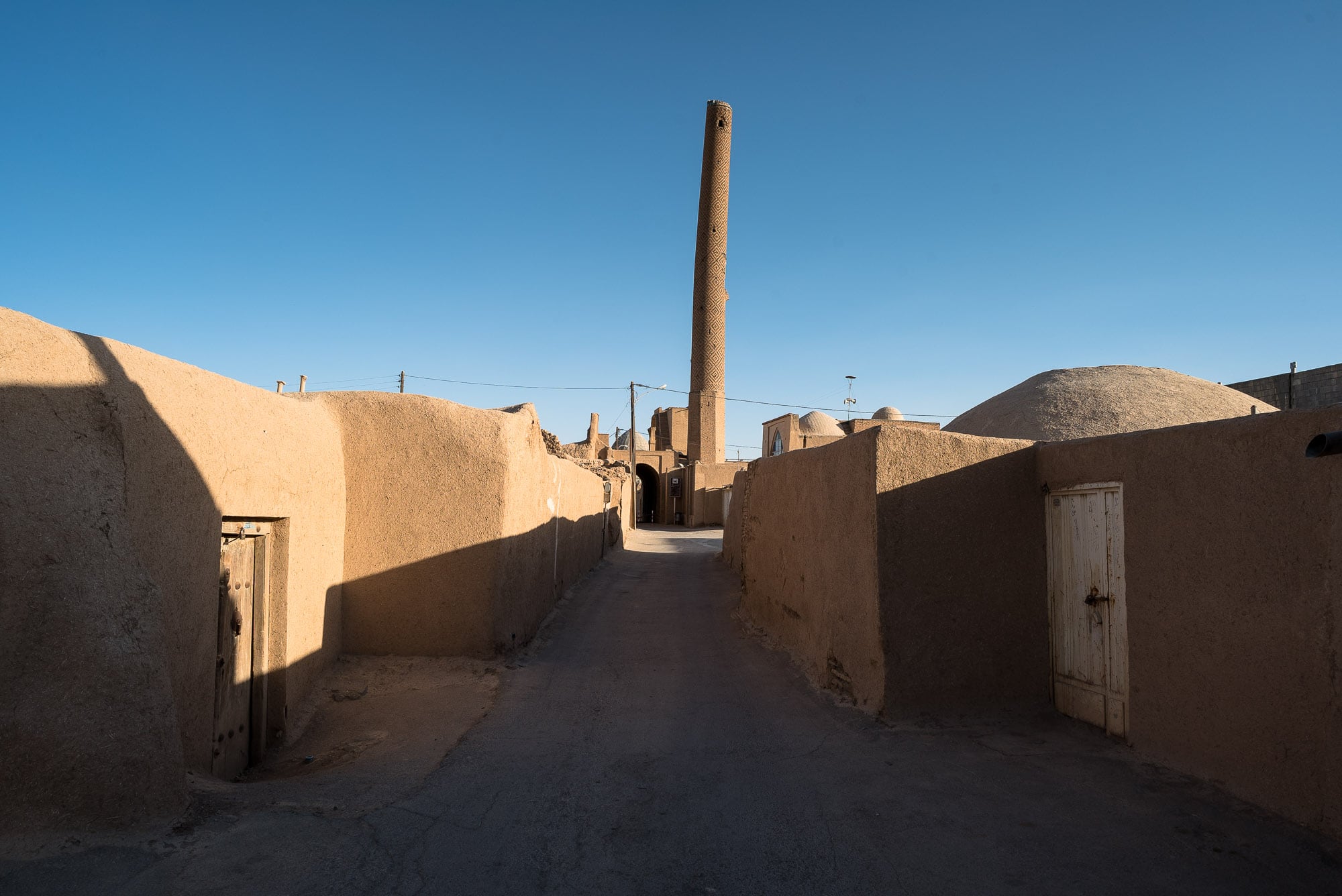 I was told that the mosque was hundreds of years old. Did that mean three hundred or six hundred years? I wasn’t sure.

But behind a rather simple door… 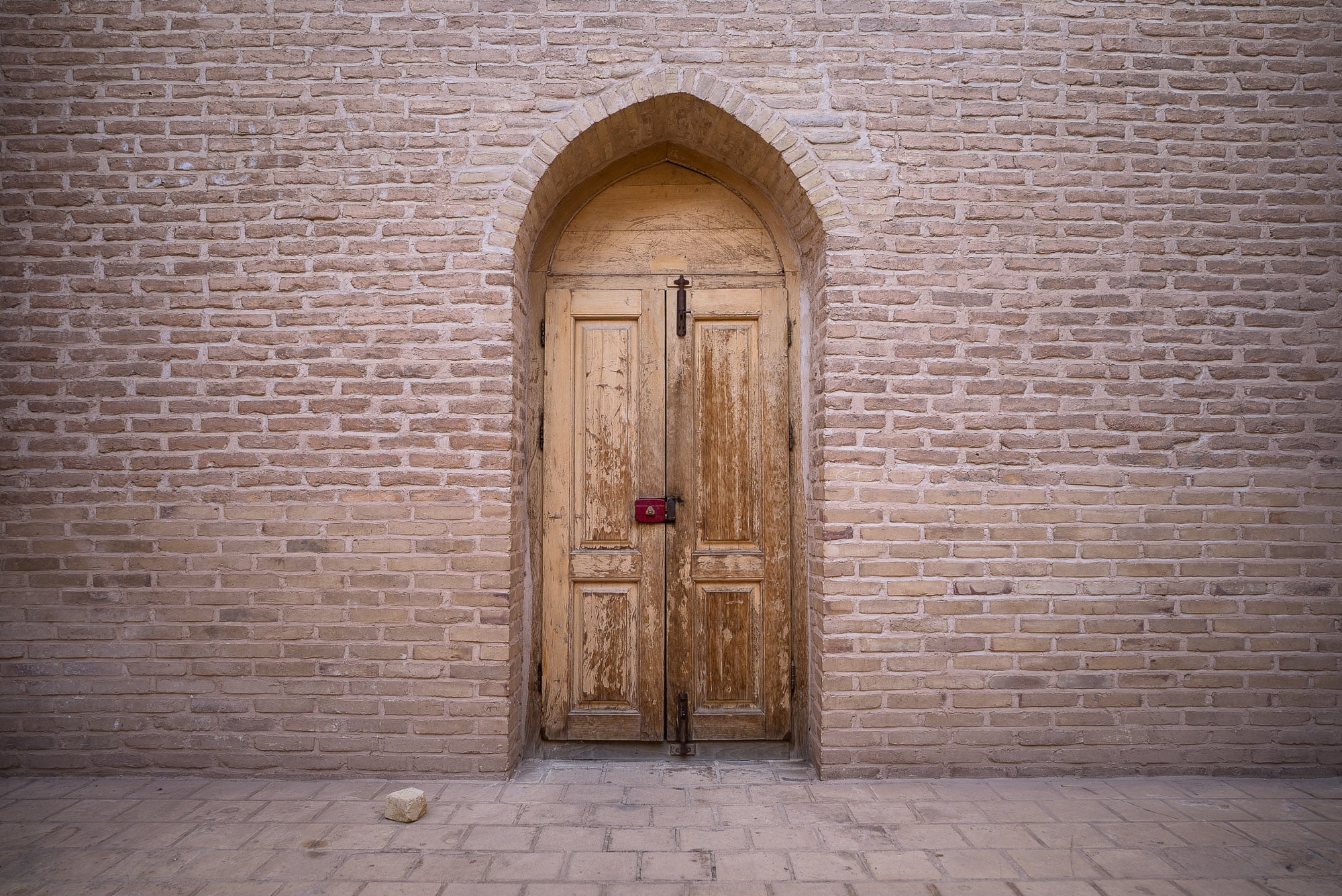 …was a dome that was very nice to look at: 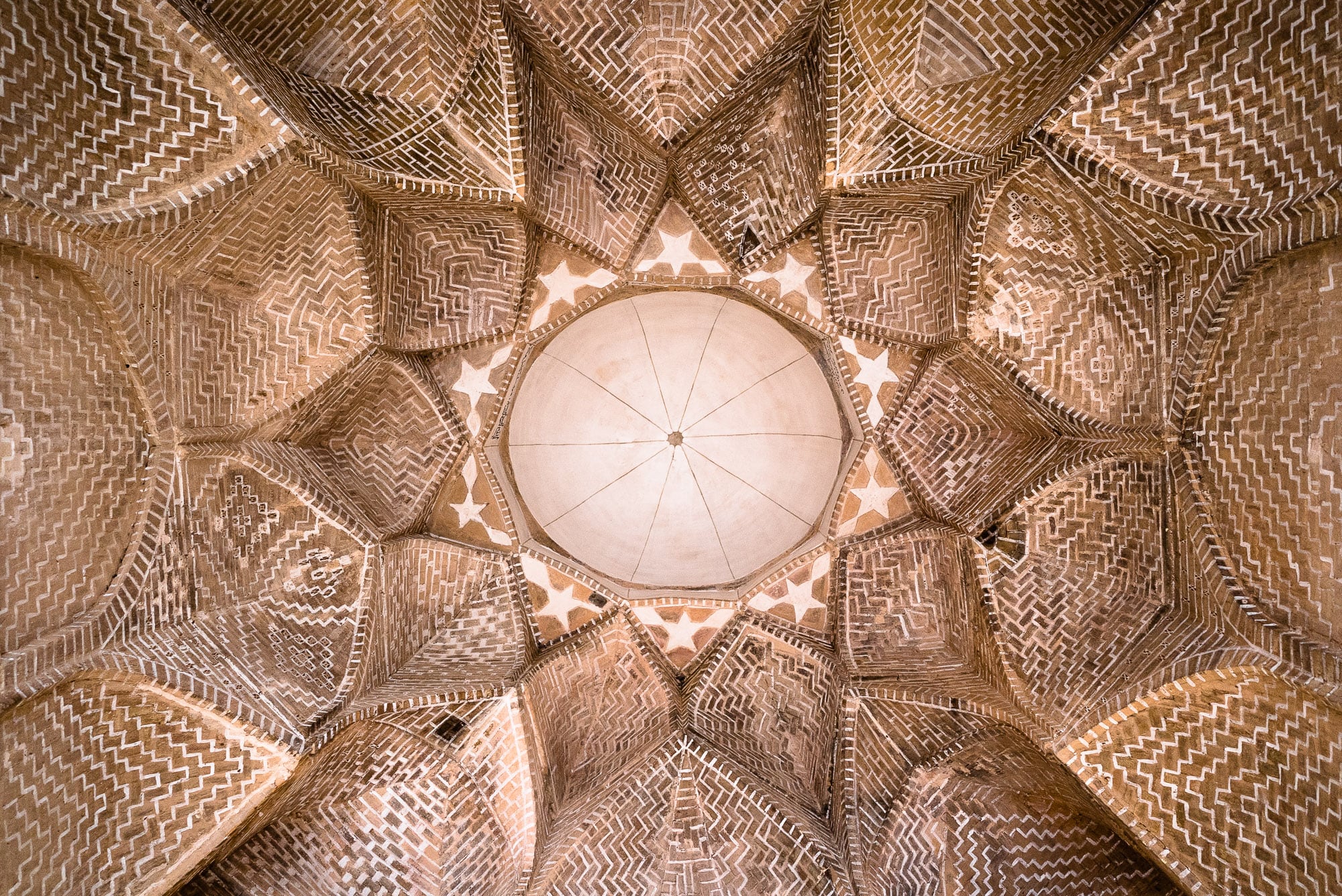 The mosque was still in use, which meant that it had carpets and pillows… 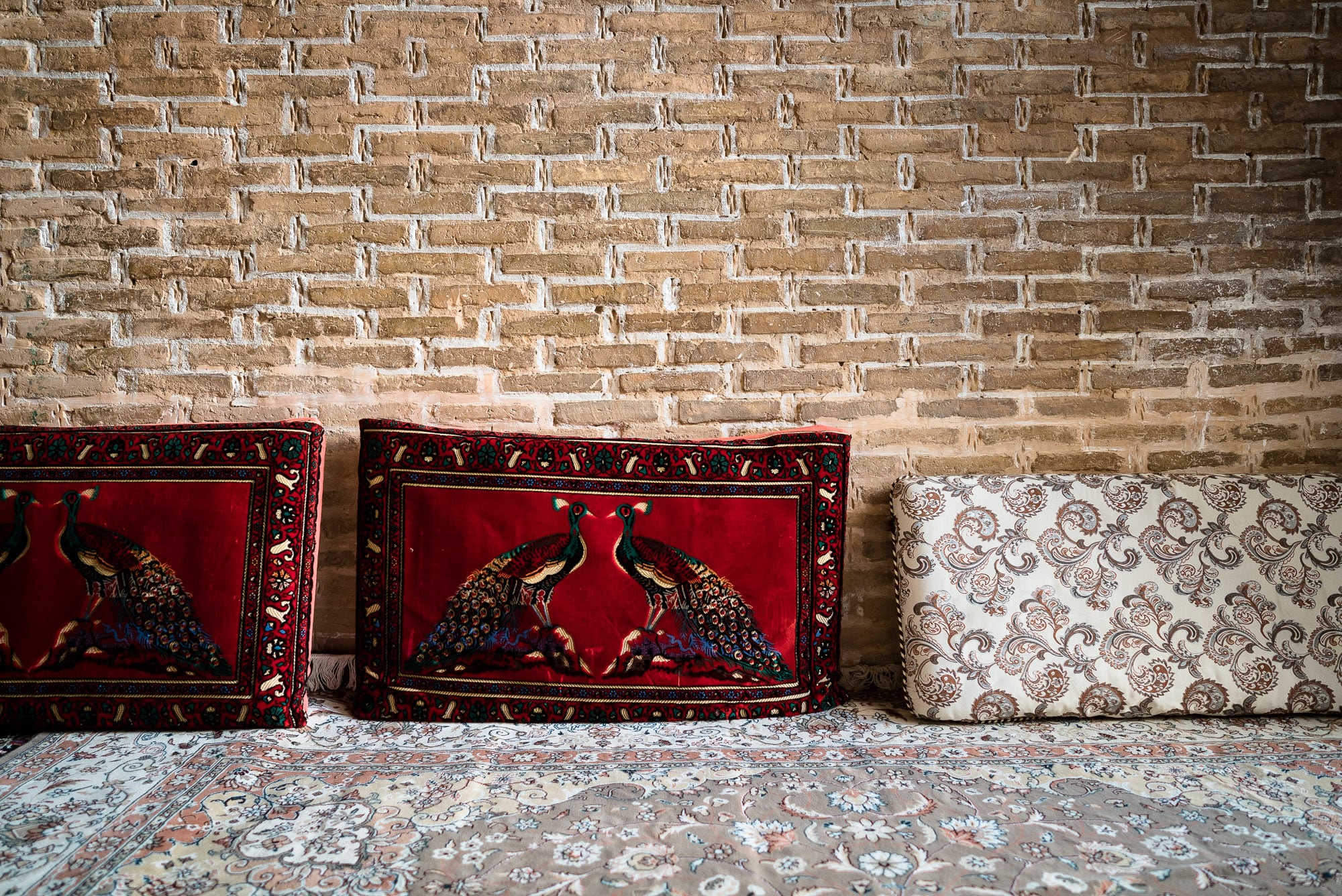 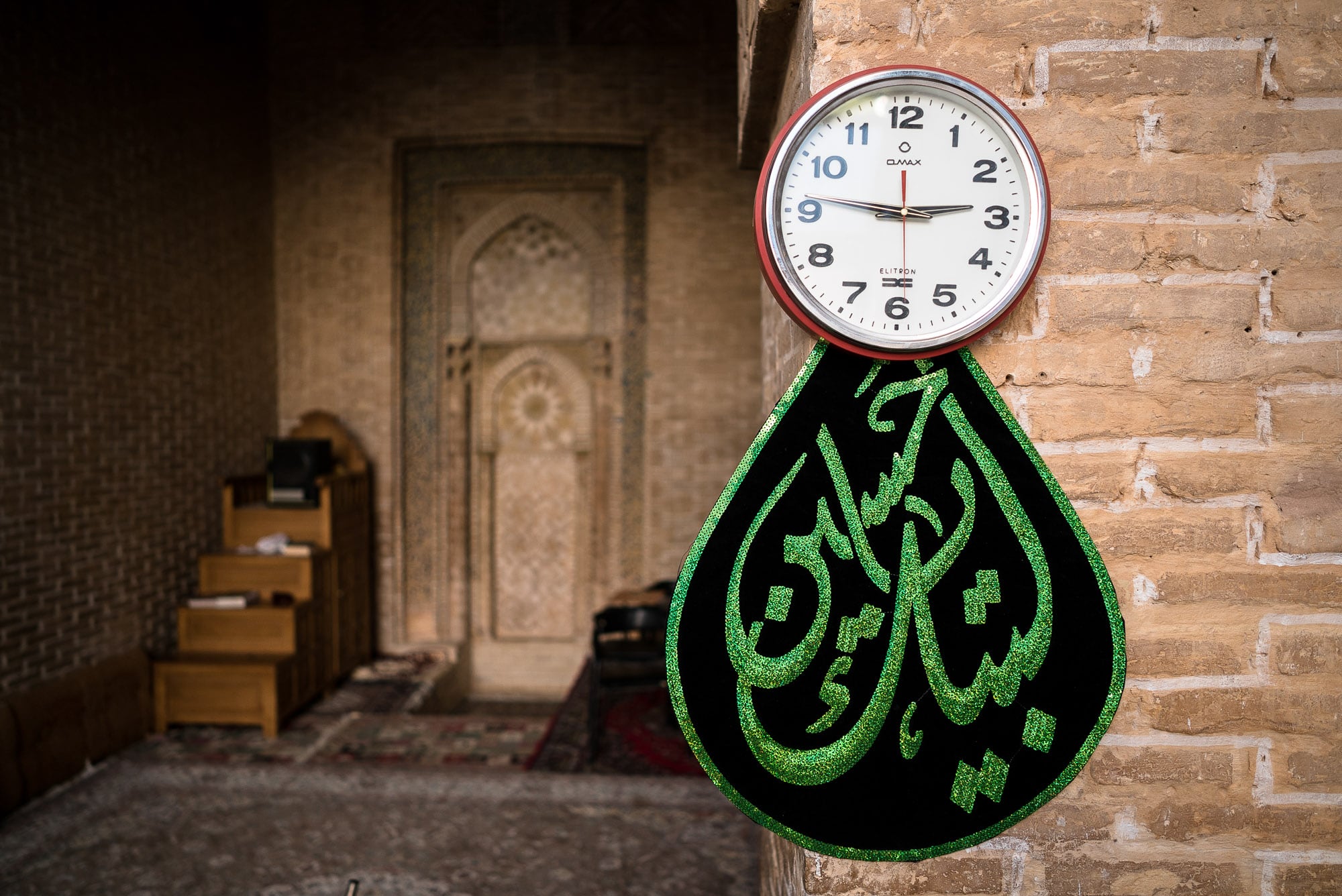 I walked around in Sin village for a while, looking around… 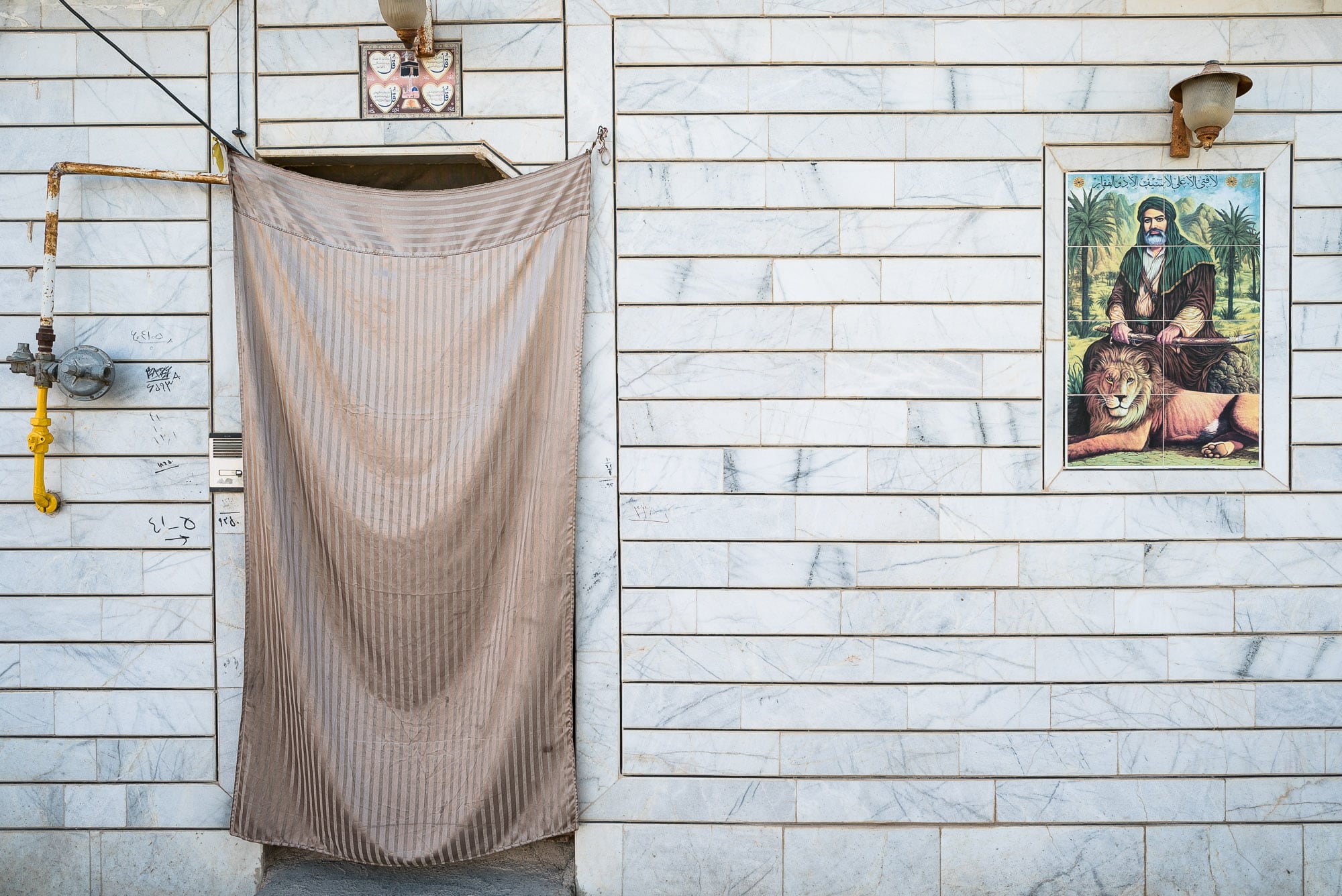 …talking to people as well as I could (not very well, since I don’t speak Farsi): 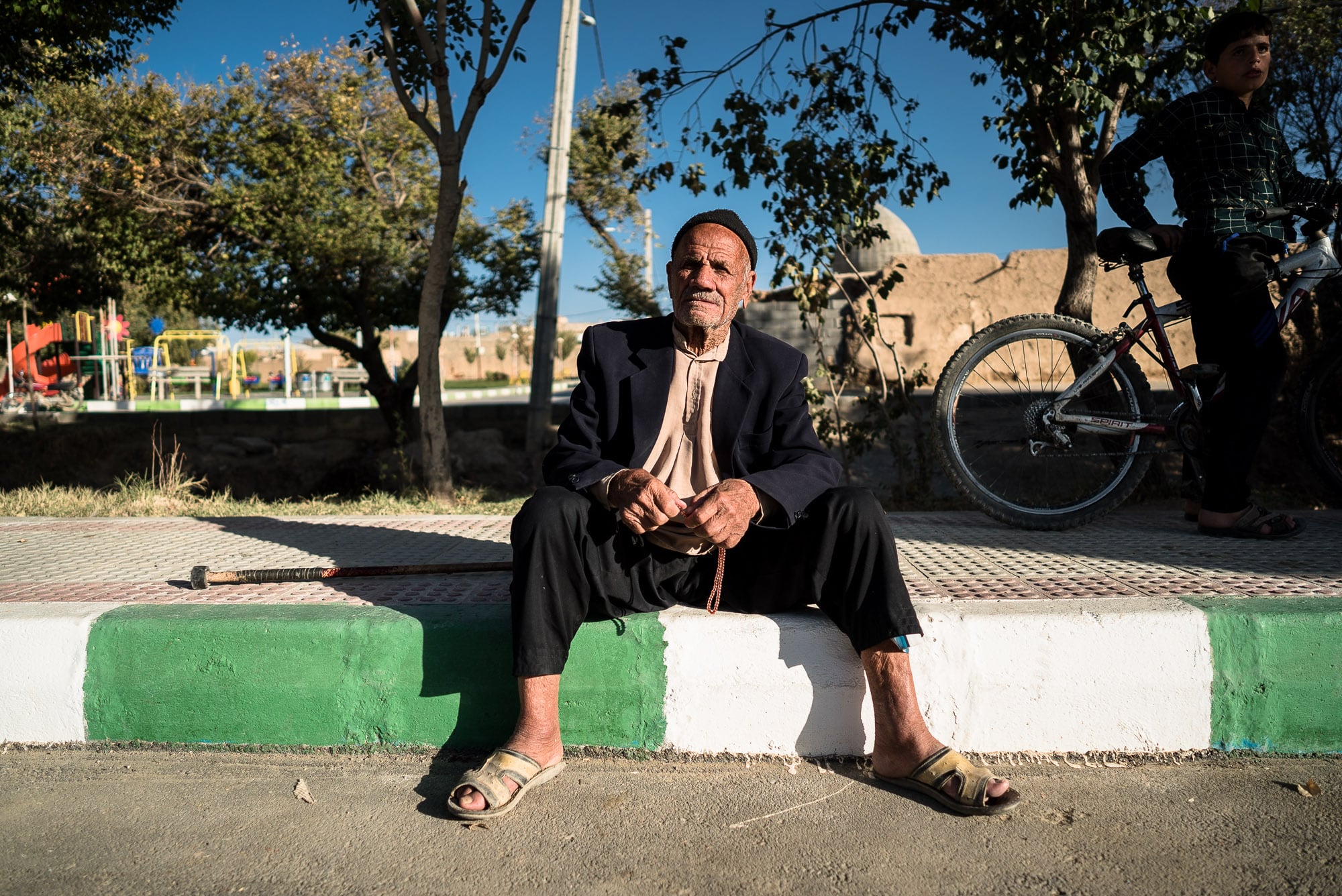 And I think I finally understood the meaning of these little altars that I would see installed on the sidewalk sometimes: 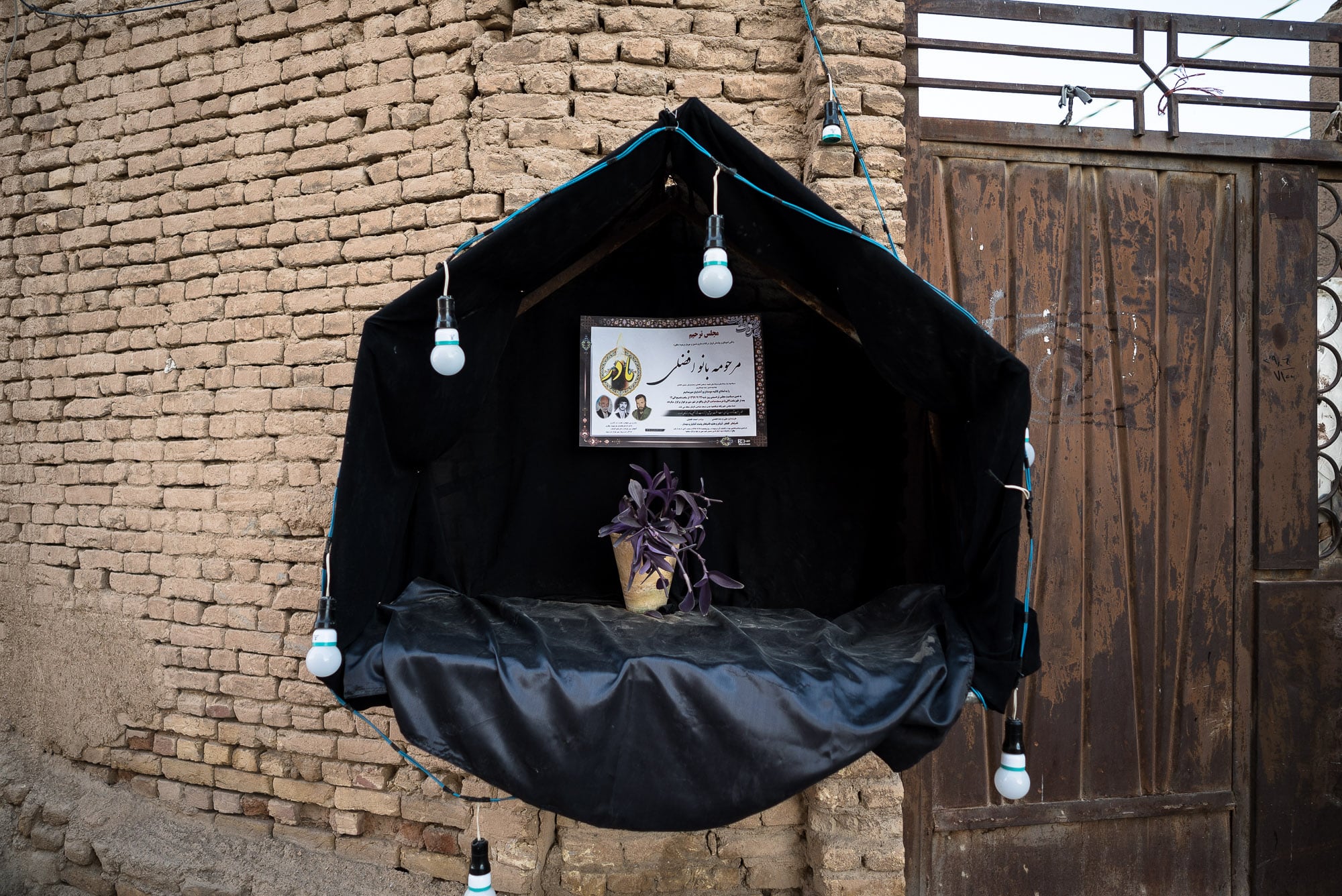 They were for people who had just died, and they were only going to be there for a very short time.

I eventually left Sin and looked at some ancient ruins outside of the village: 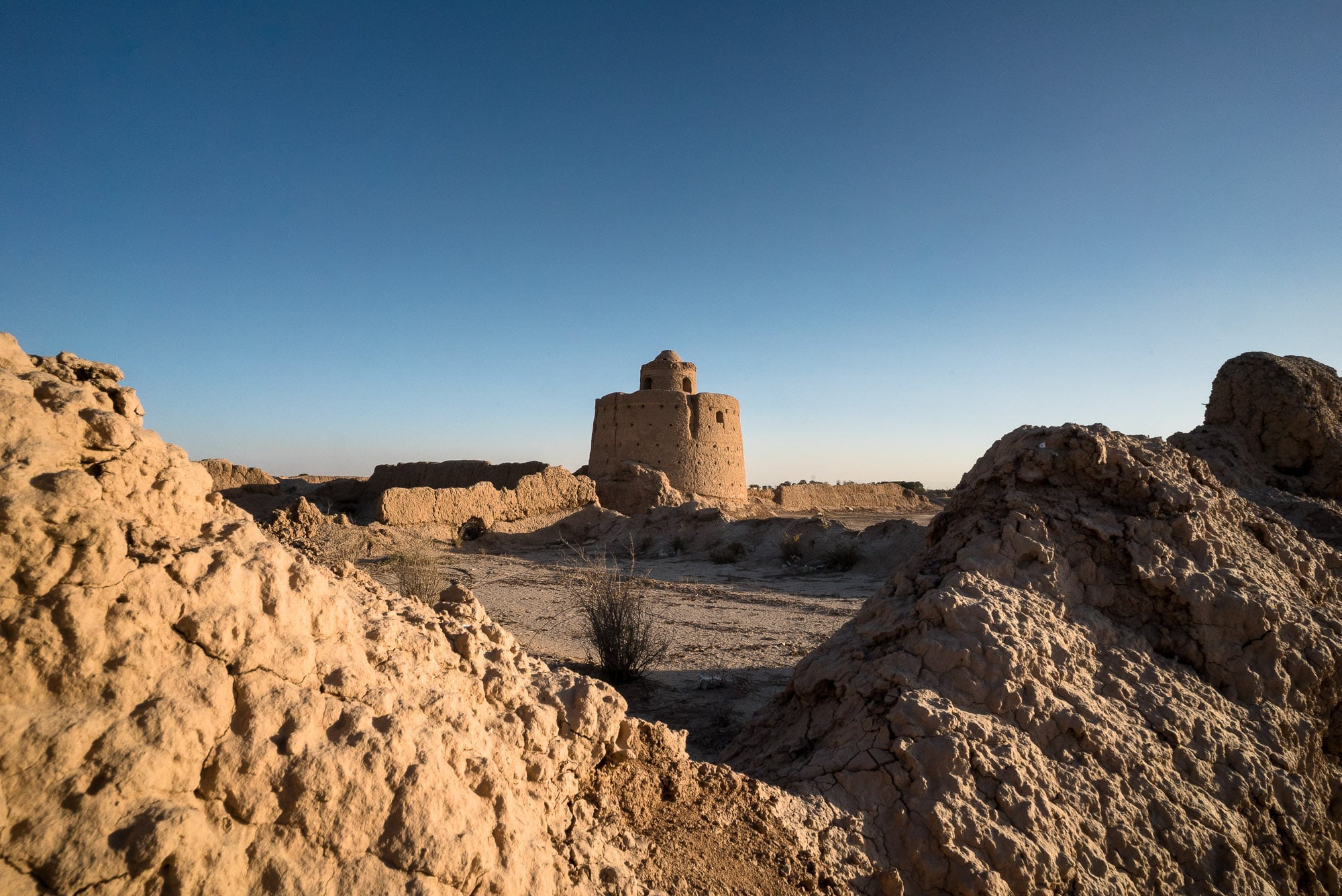 There were pigeon towers there: 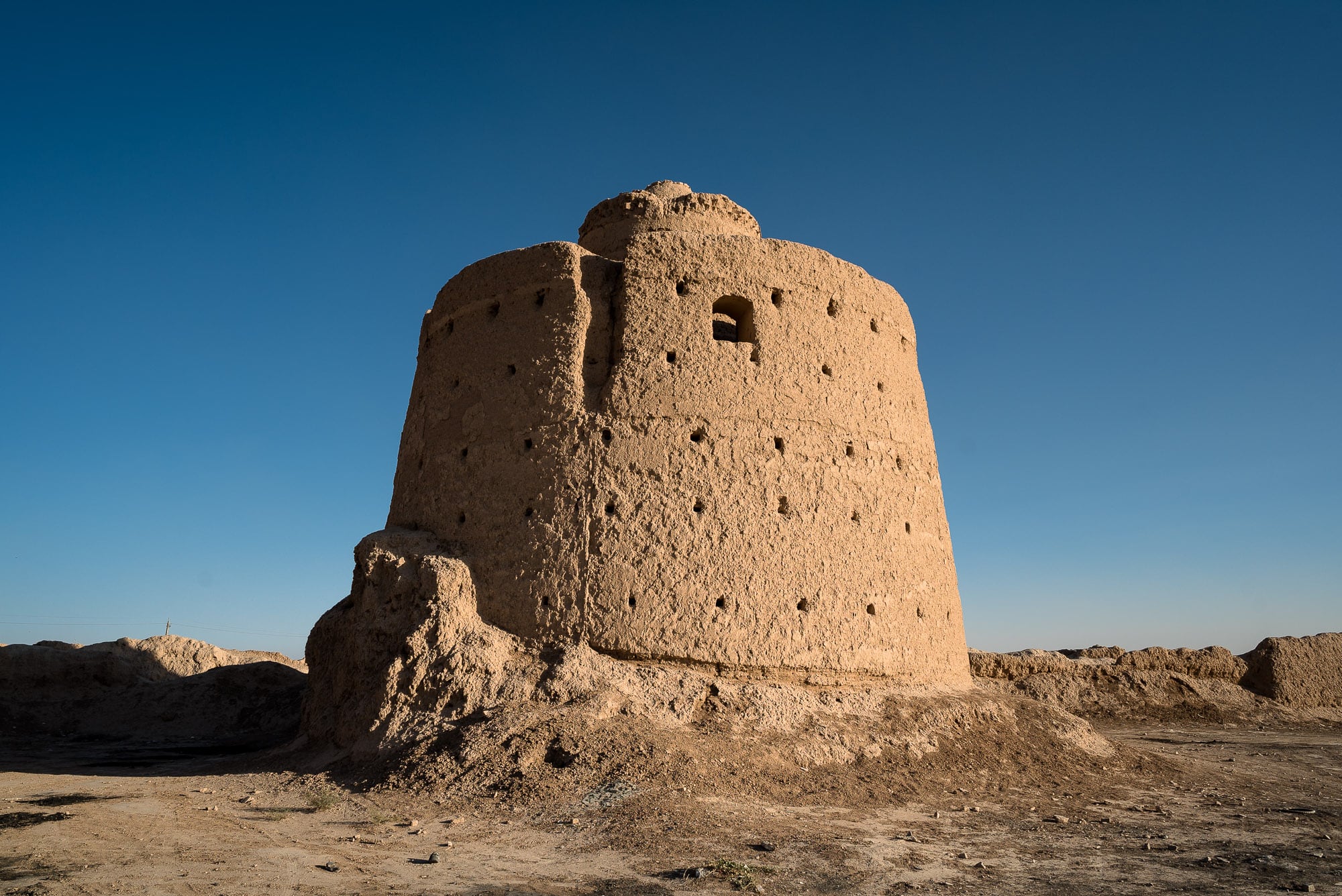 I have to confess that I had never heard of the word “pigeon tower” before, and I would have never been able to guess what it was, either. But these village kids who were hanging out there tried to explain it to me as best as they could: 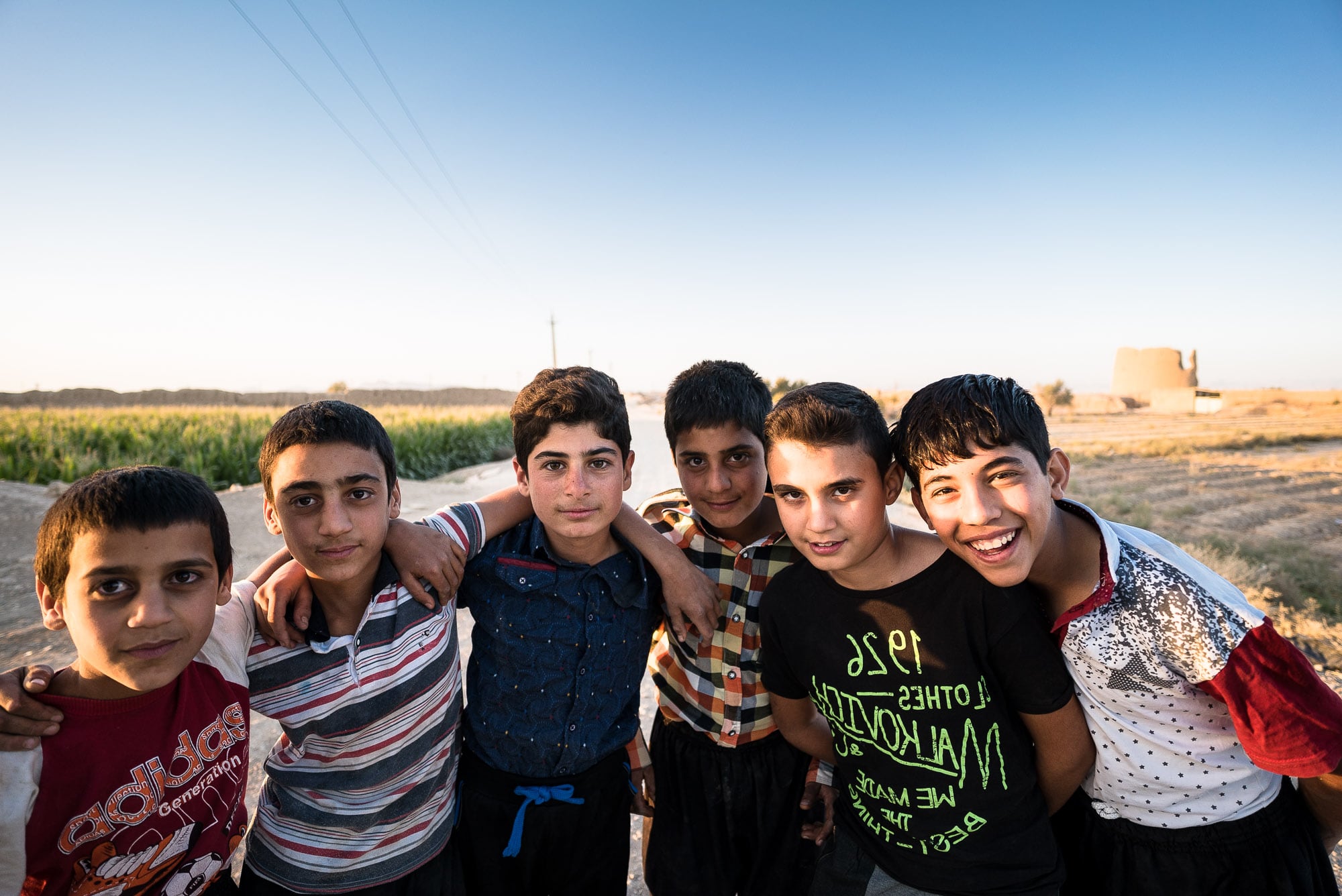 It took a long time and a lot of gesturing until I finally thought I understood: 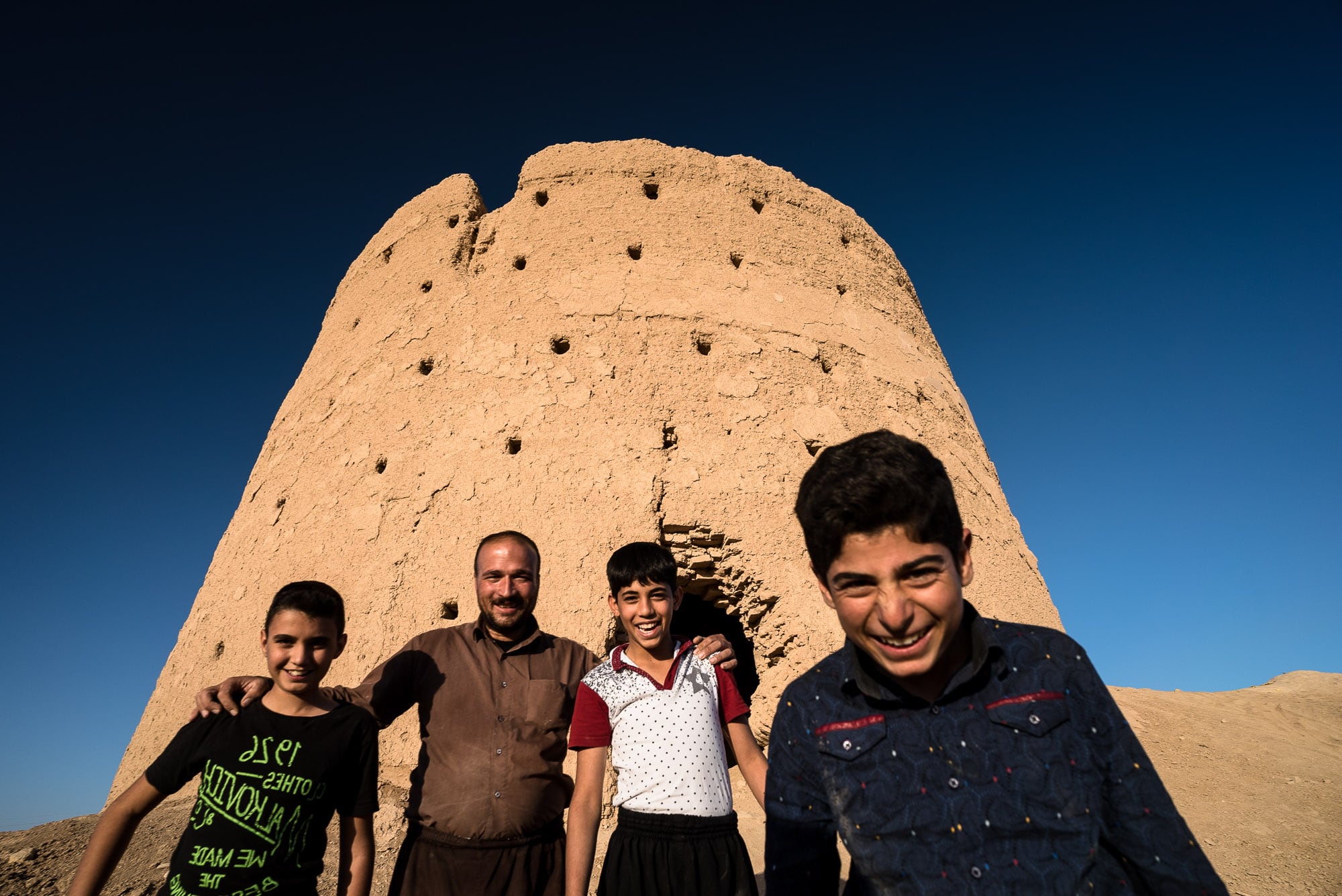 A pigeon tower was a structure from ancient times where people used to house lots and lots pigeons. The pigeons had no other purpose than to shit, shit, and shit, so that the farmers could collect the shit and use it to fertilize their lands.

And this is what the inside of a pigeon tower looks like today: 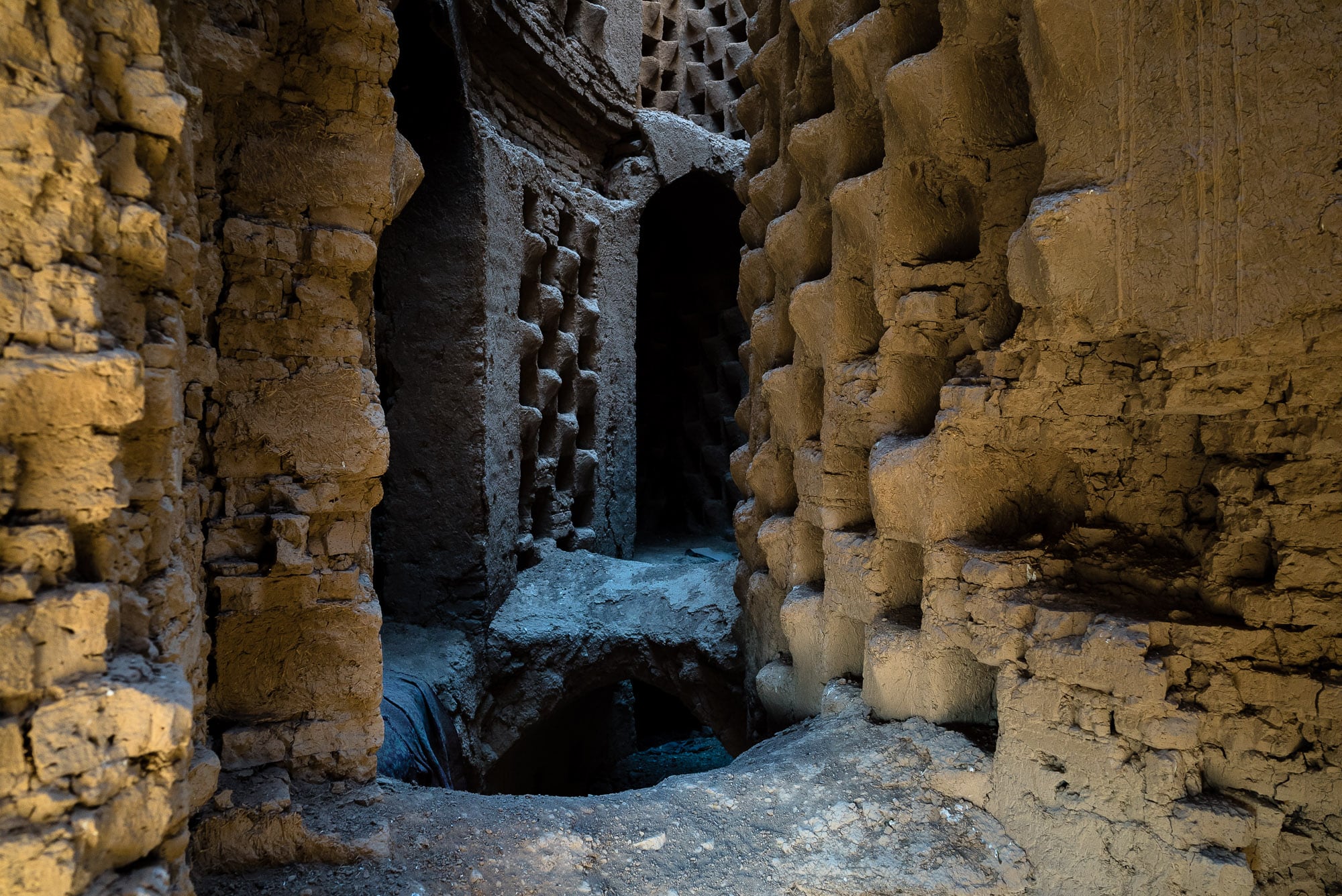 Lots of little holes where the pigeons used to live (and shit): 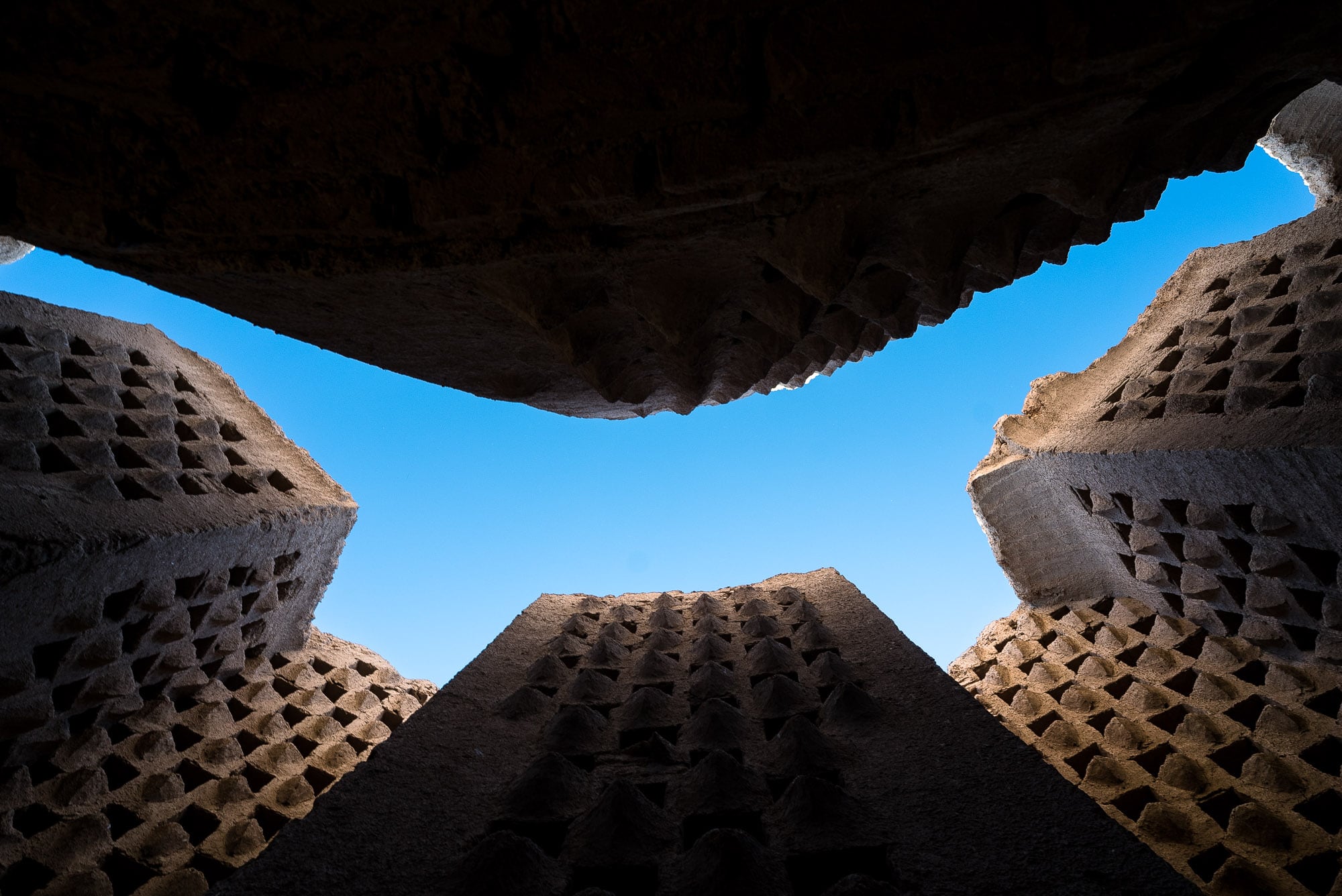 I found it to be aesthetically quite pleasing, I might say: 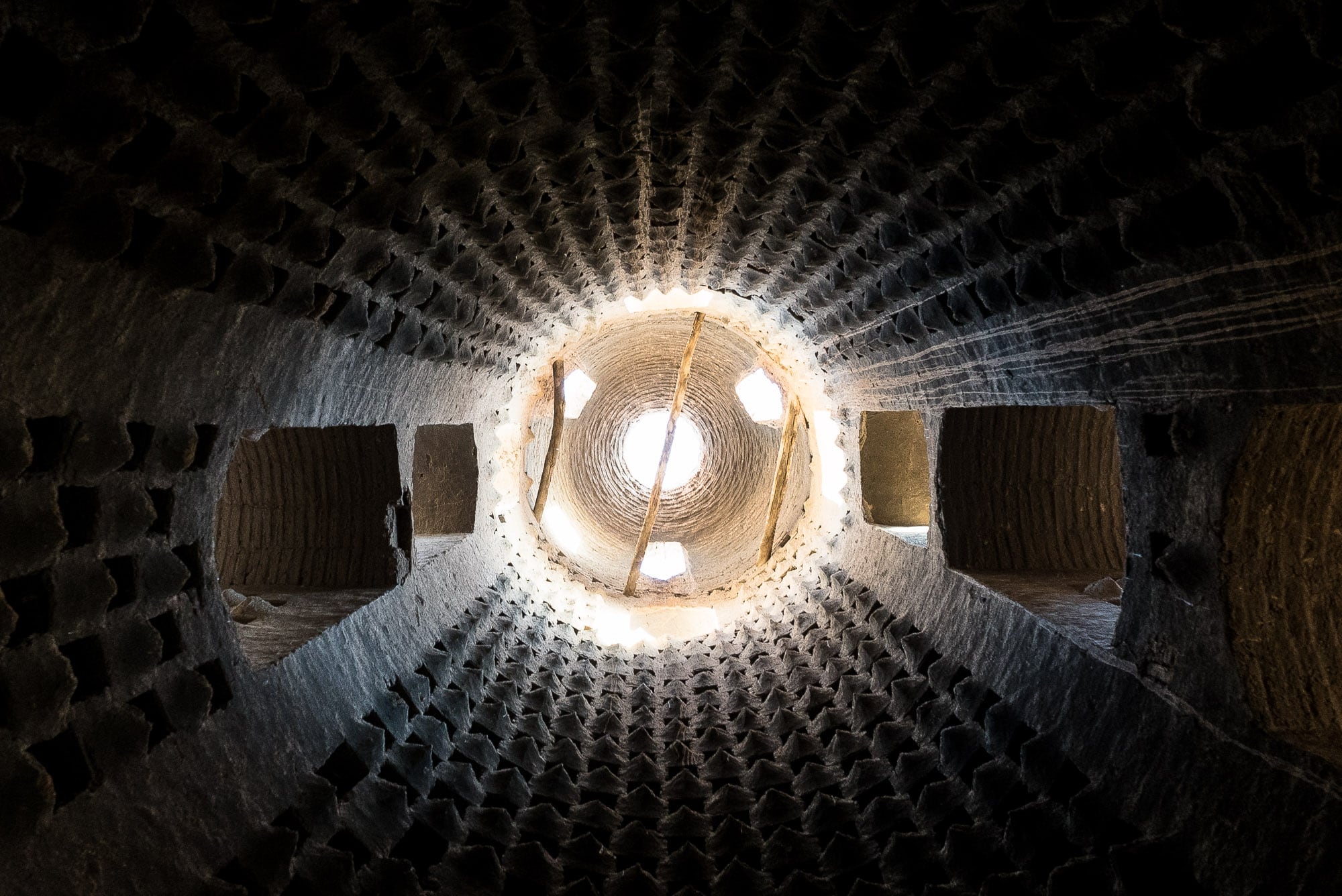 Needless to say that I was very excited about the fact that I had discovered the pigeon tower, but I soon learned that there were a lot of them all over the region. In fact, there was another one right next to the one I had discovered: 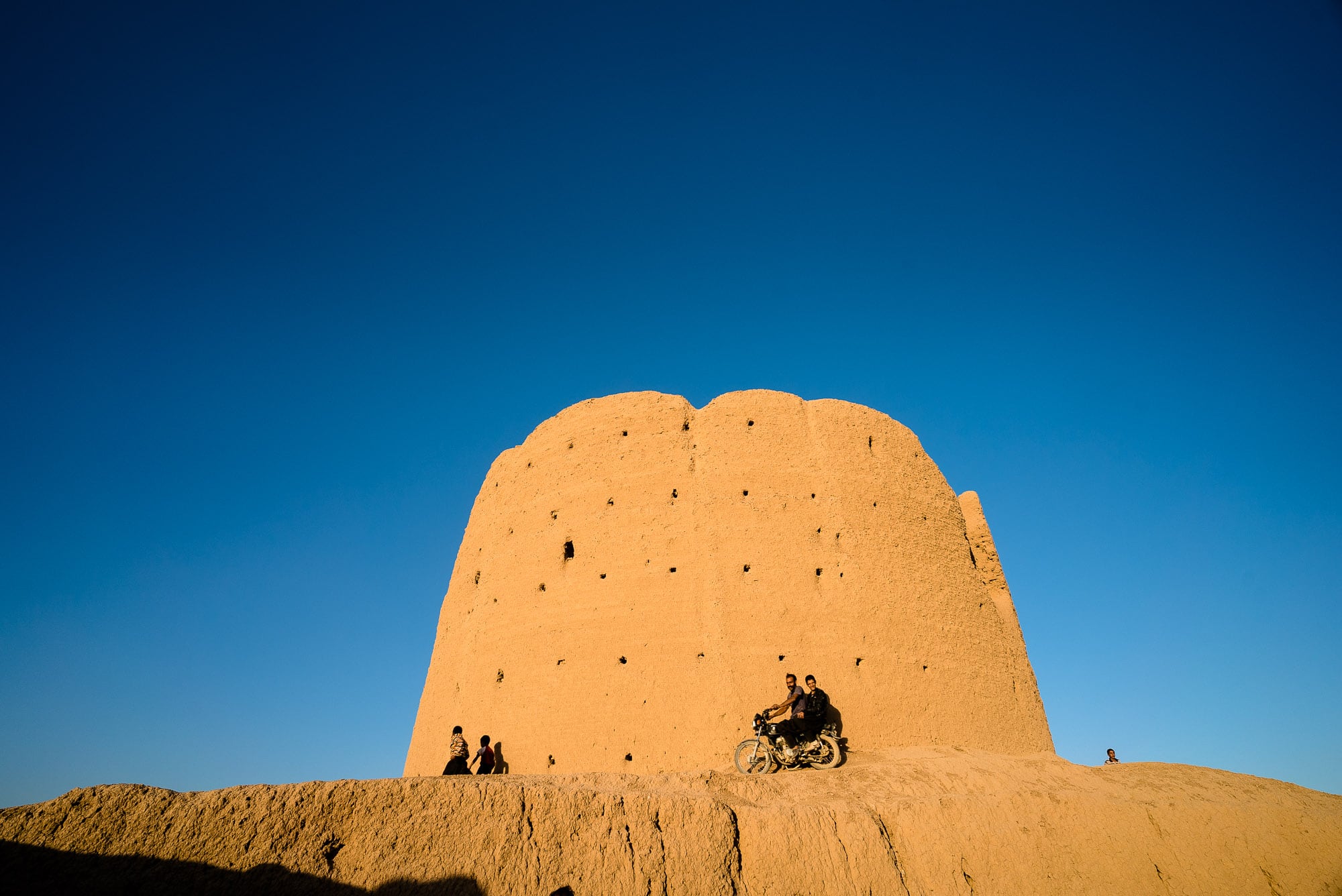 I went there, and two friendly gentlemen showed me around: 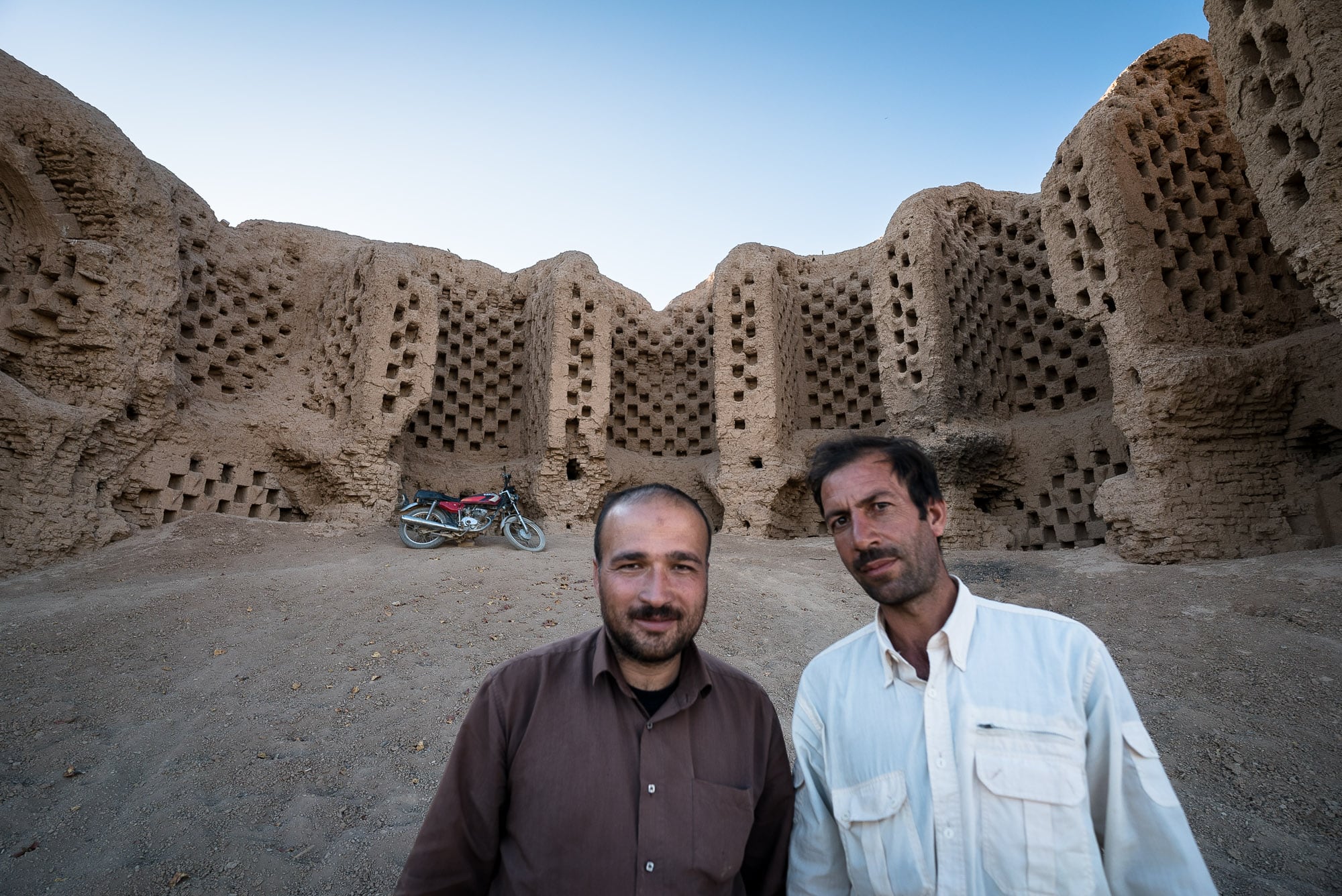 They seemed to be quite fond of having their picture taken: 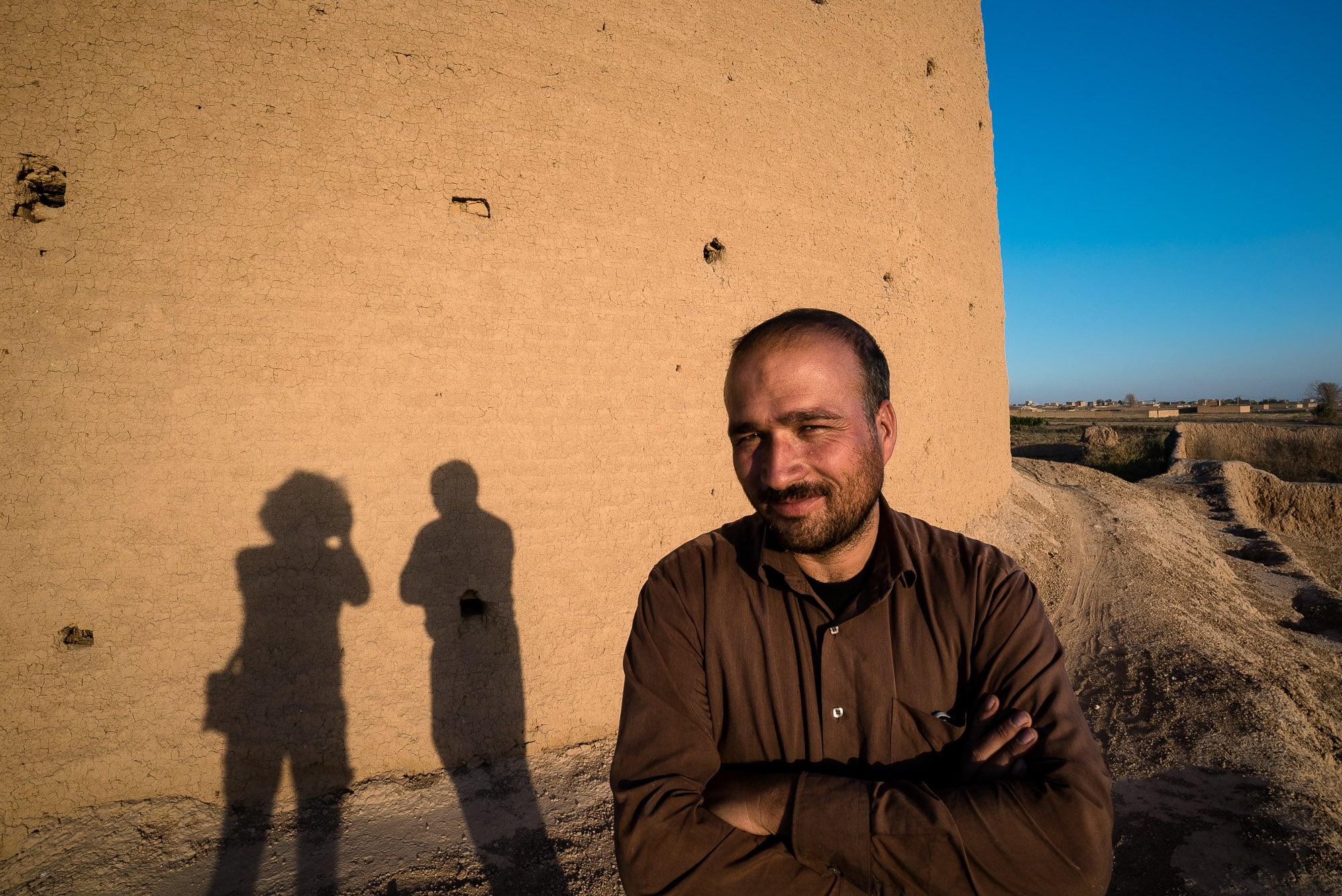 This was even more true when it came to the kids: 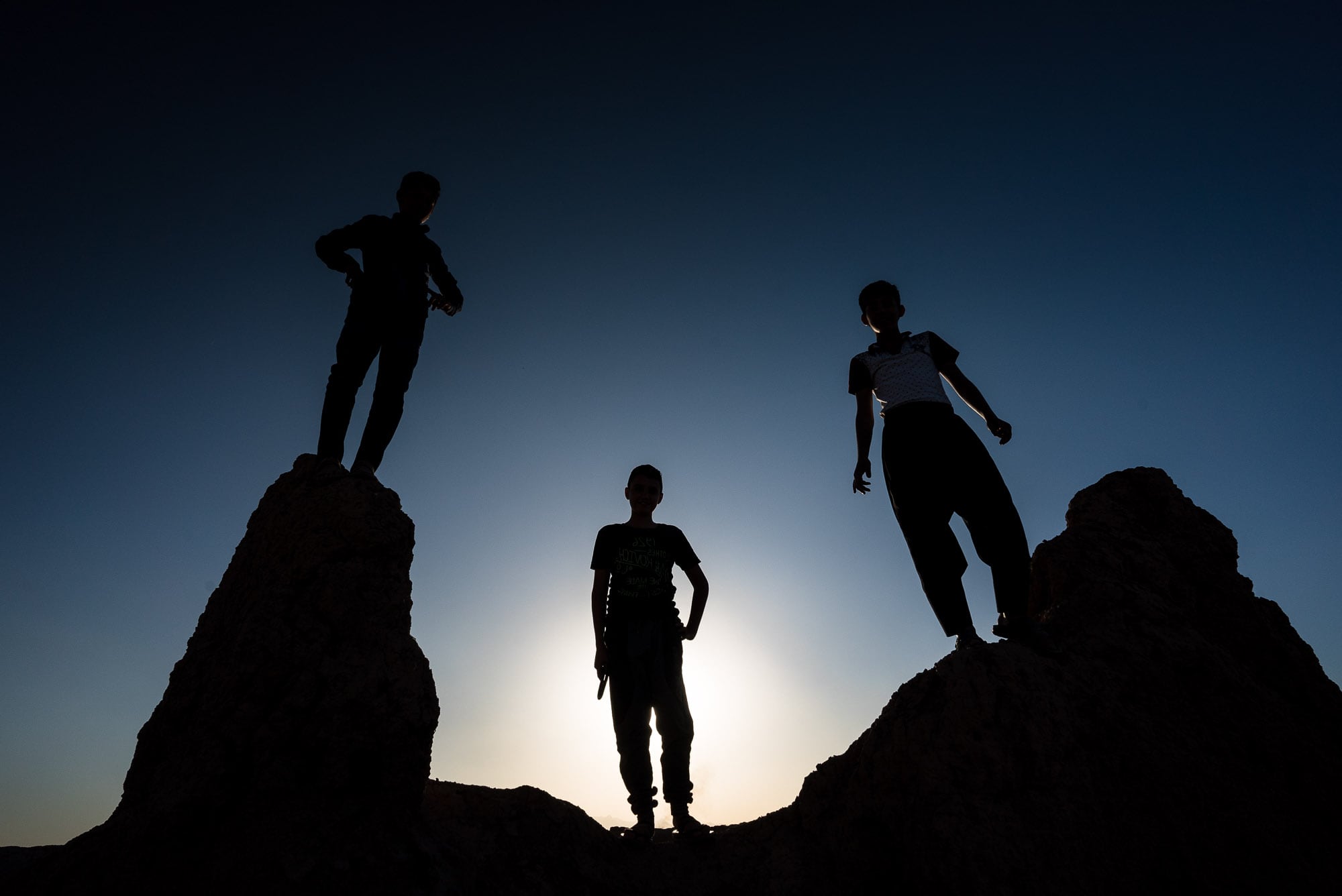 I stayed until the sun was about to set, and then I paid my respect to the pigeon tower that I had discovered: 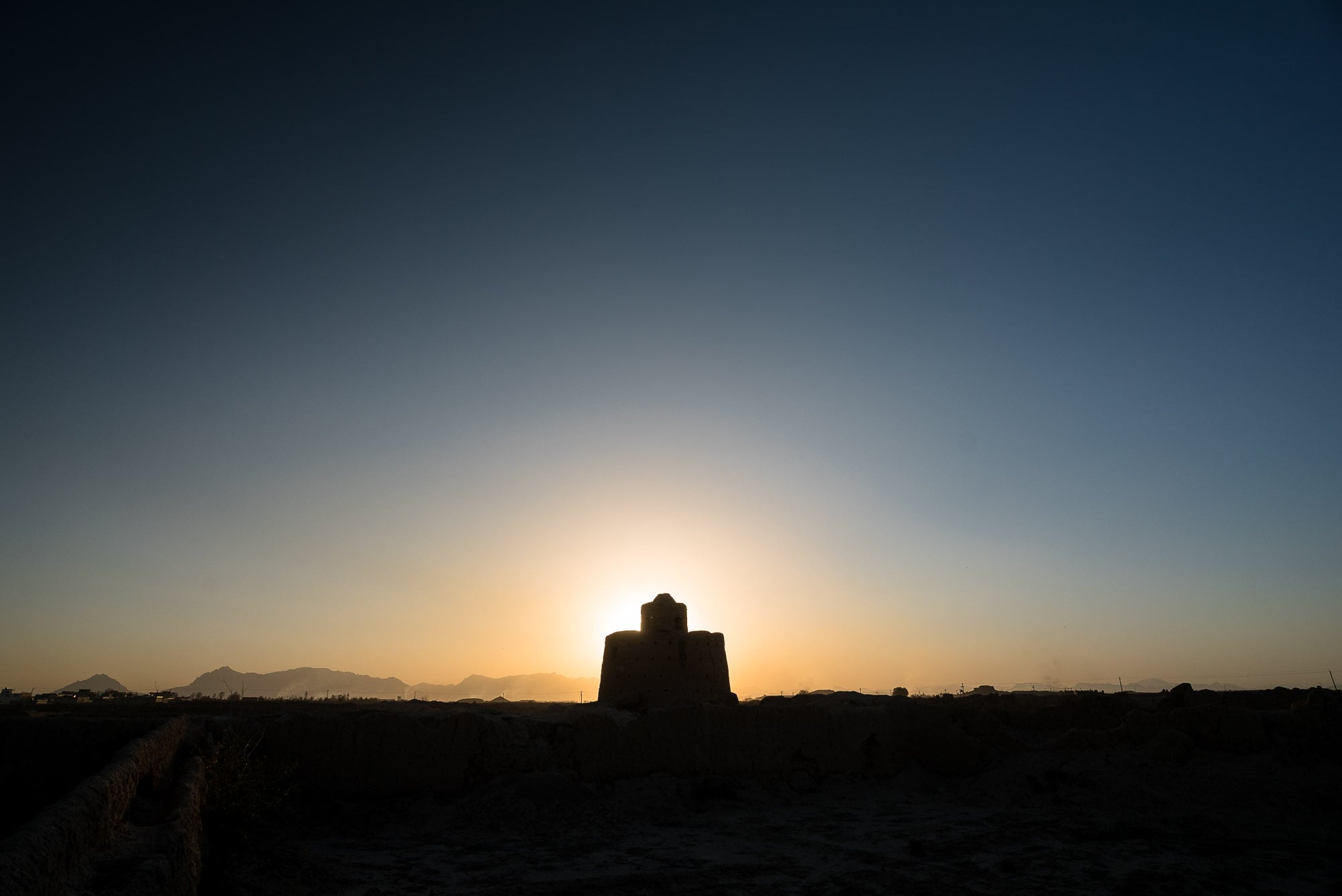 I figured I might just go ahead and use it as a wallpaper for my phone: 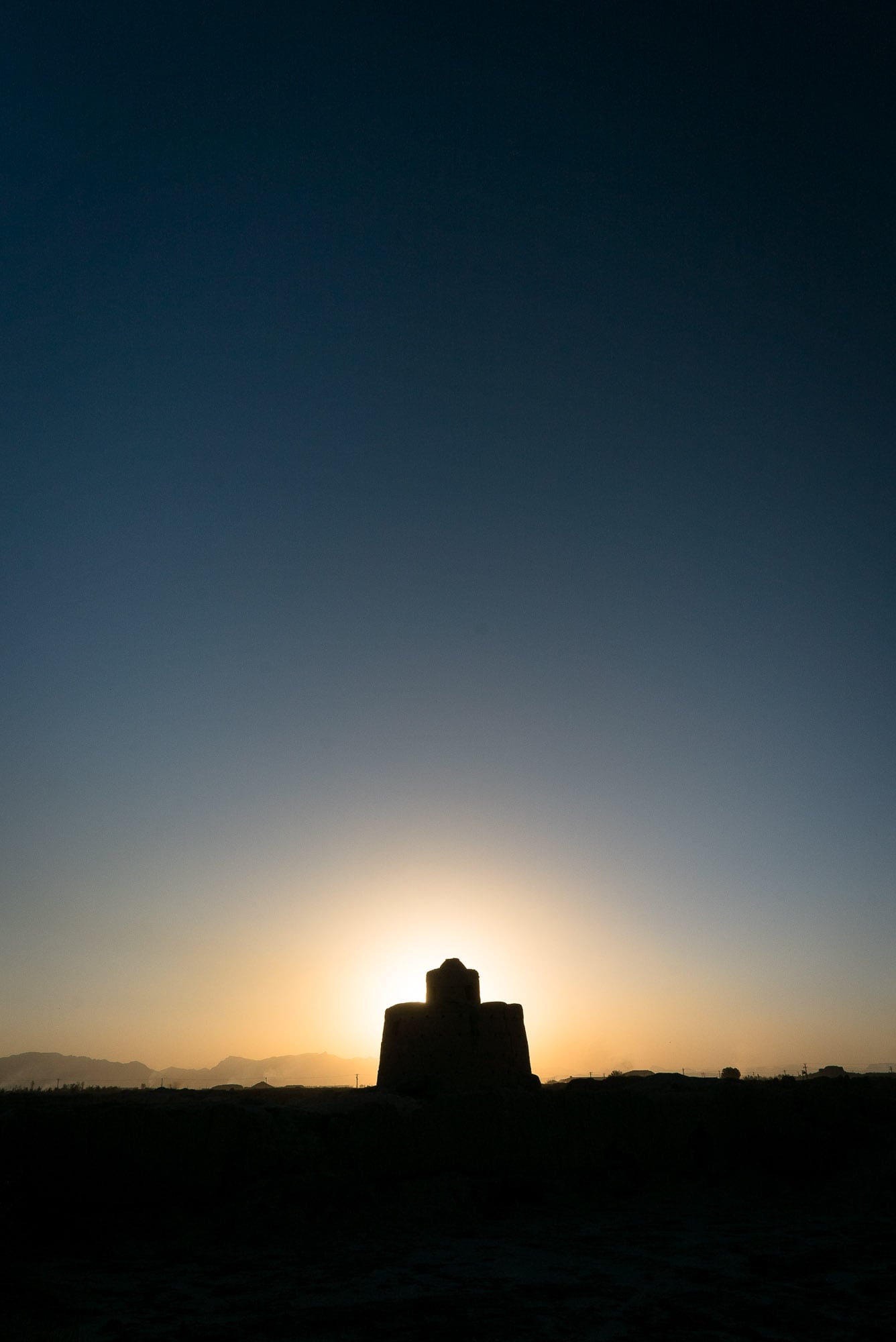 Then I went back to the city.

There was one dish that people had been telling me to try – Fesenjan, a chicken stew made with walnuts and pomegranate: 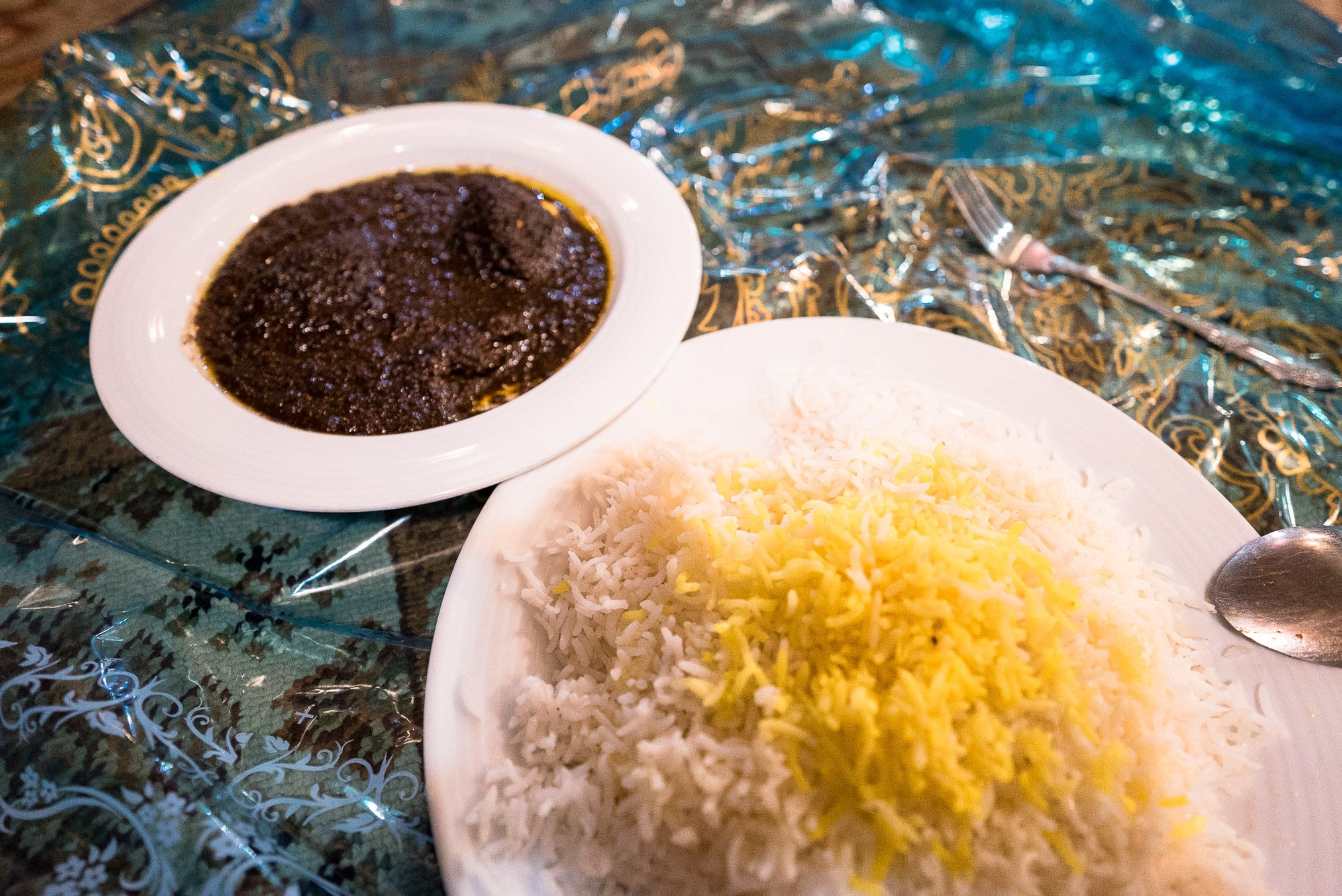 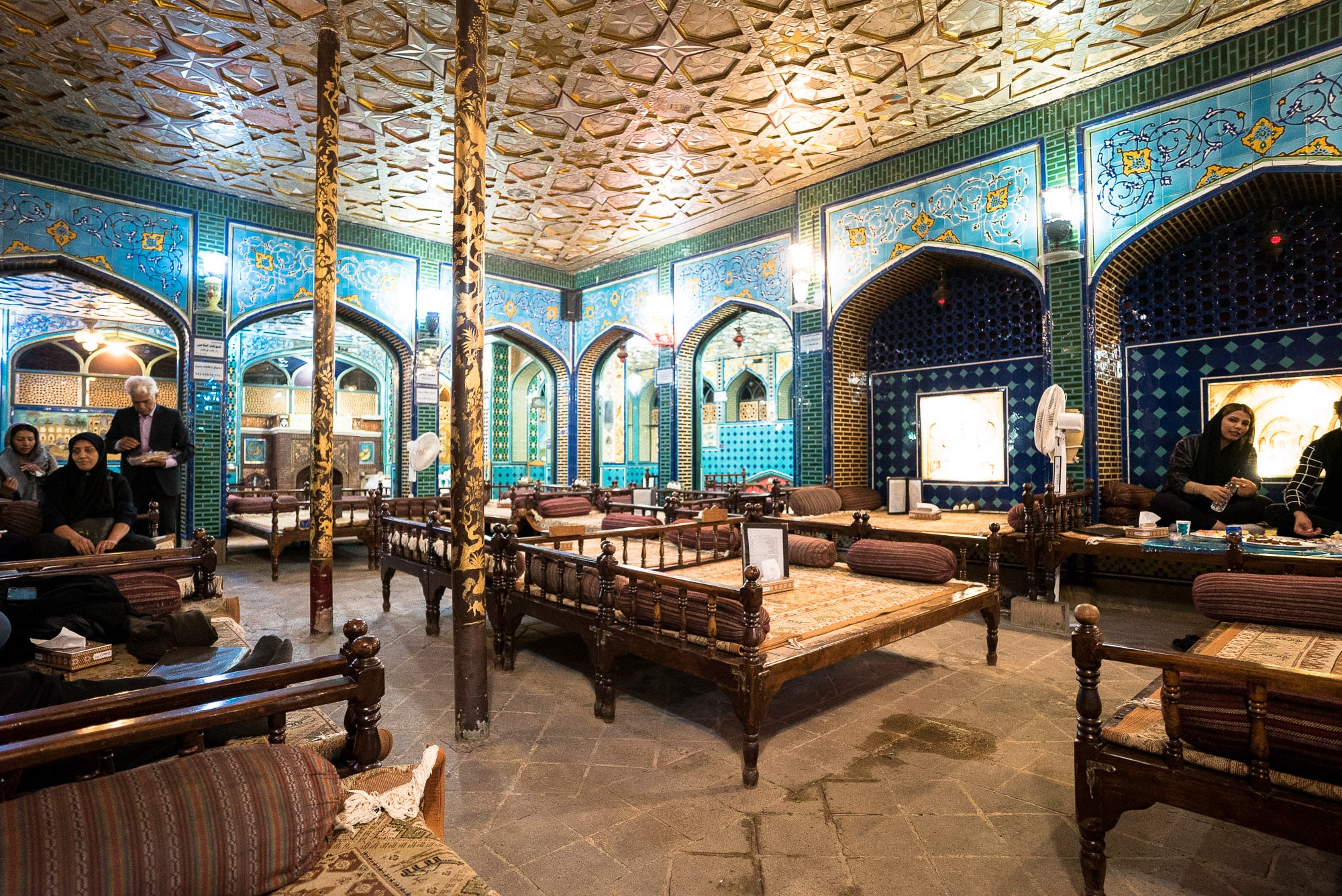 I walked around a little after dinner: 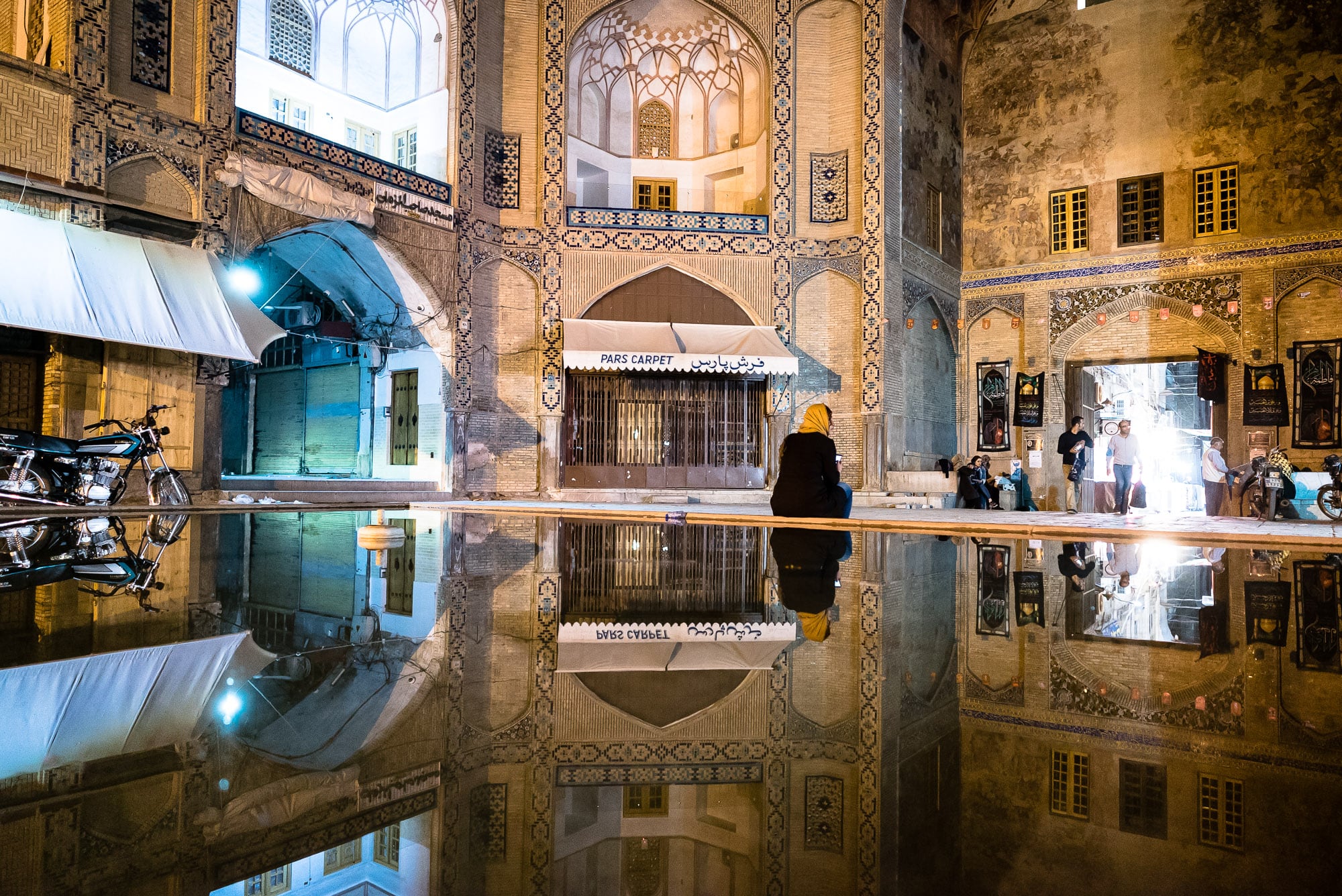 And Isfahan was still Isfahan.