Sometimes it feels as if I’m traveling through all these places just to say good-bye to them.

So I bid farewell to Tashkent today: 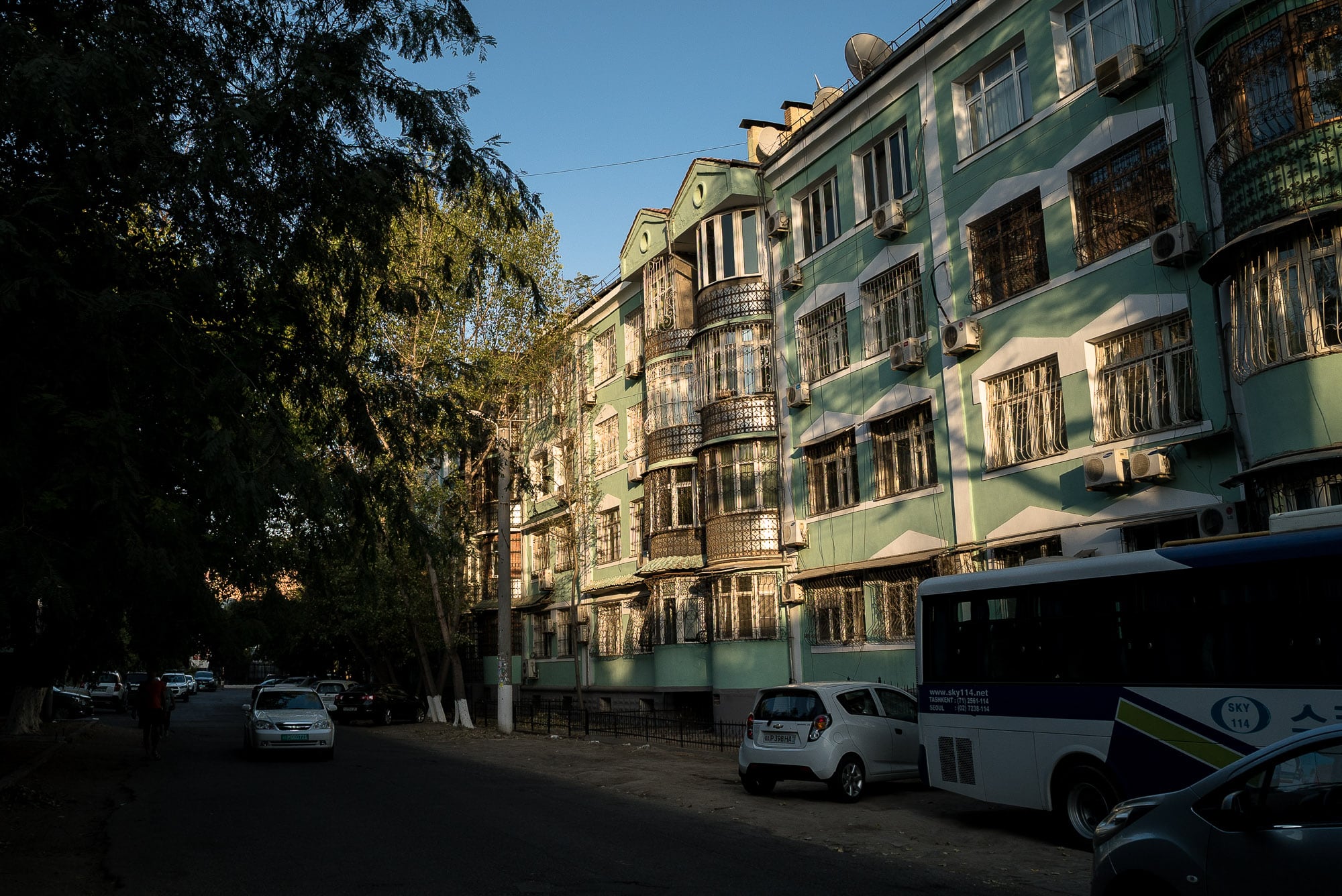 I left it on a train in the evening. It was a good train, one of the new Afrosiob bullet trains that I had first been on several months ago. The train station is about 20km from the city, so I had to take a cab there: 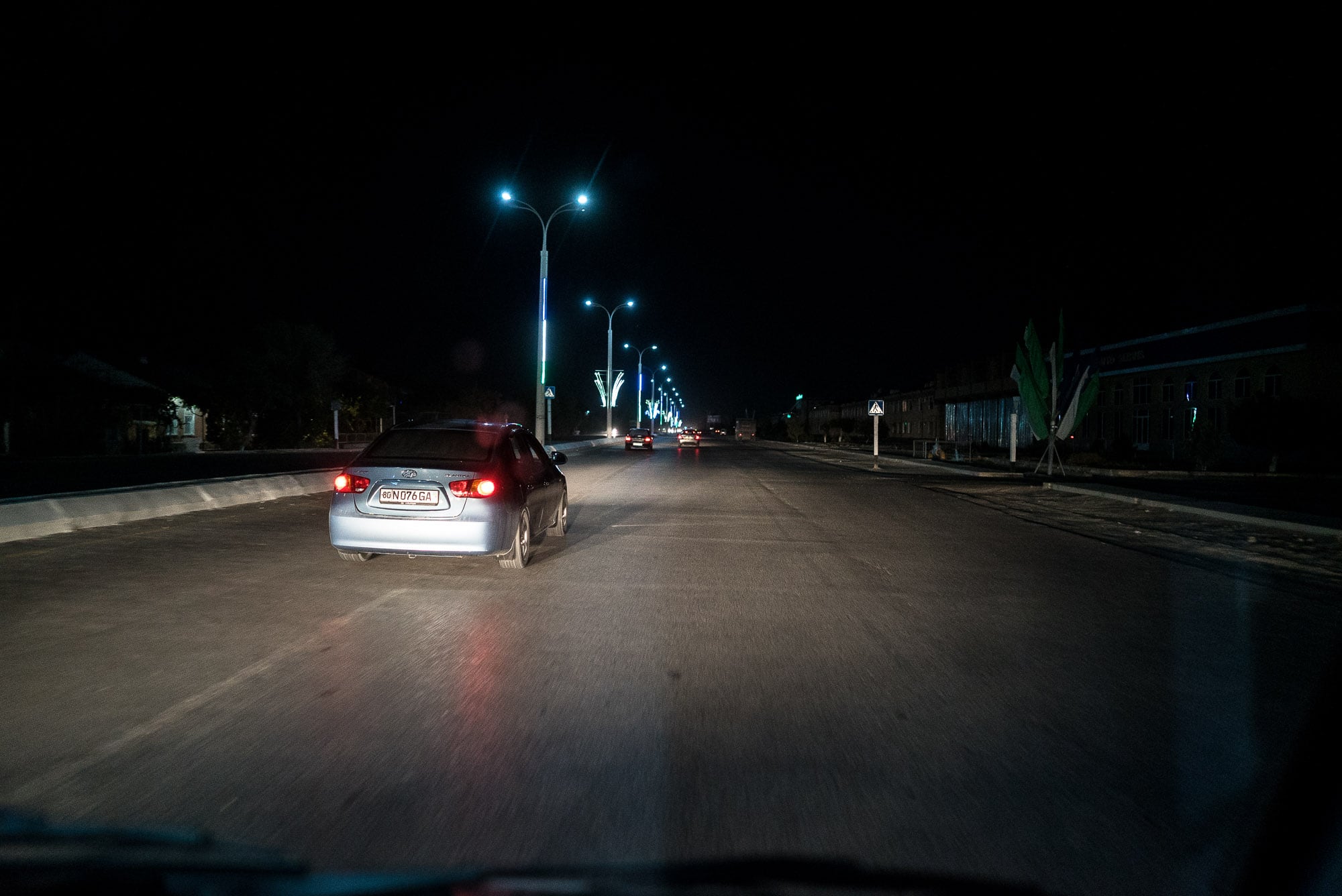 When I got to Bukhara, it was already late:

I was finally close to the Caboose again.

And to the road.