I wasn’t going to fly to Tashkent if I could avoid it. You might remember how I suddenly came to the realization that flying was bad for the environment a while ago.

But I hated buses. So I decided to go to Almaty and take a train to Tashkent from there. Only first I went and mailed my SD-cards and my notebook home: 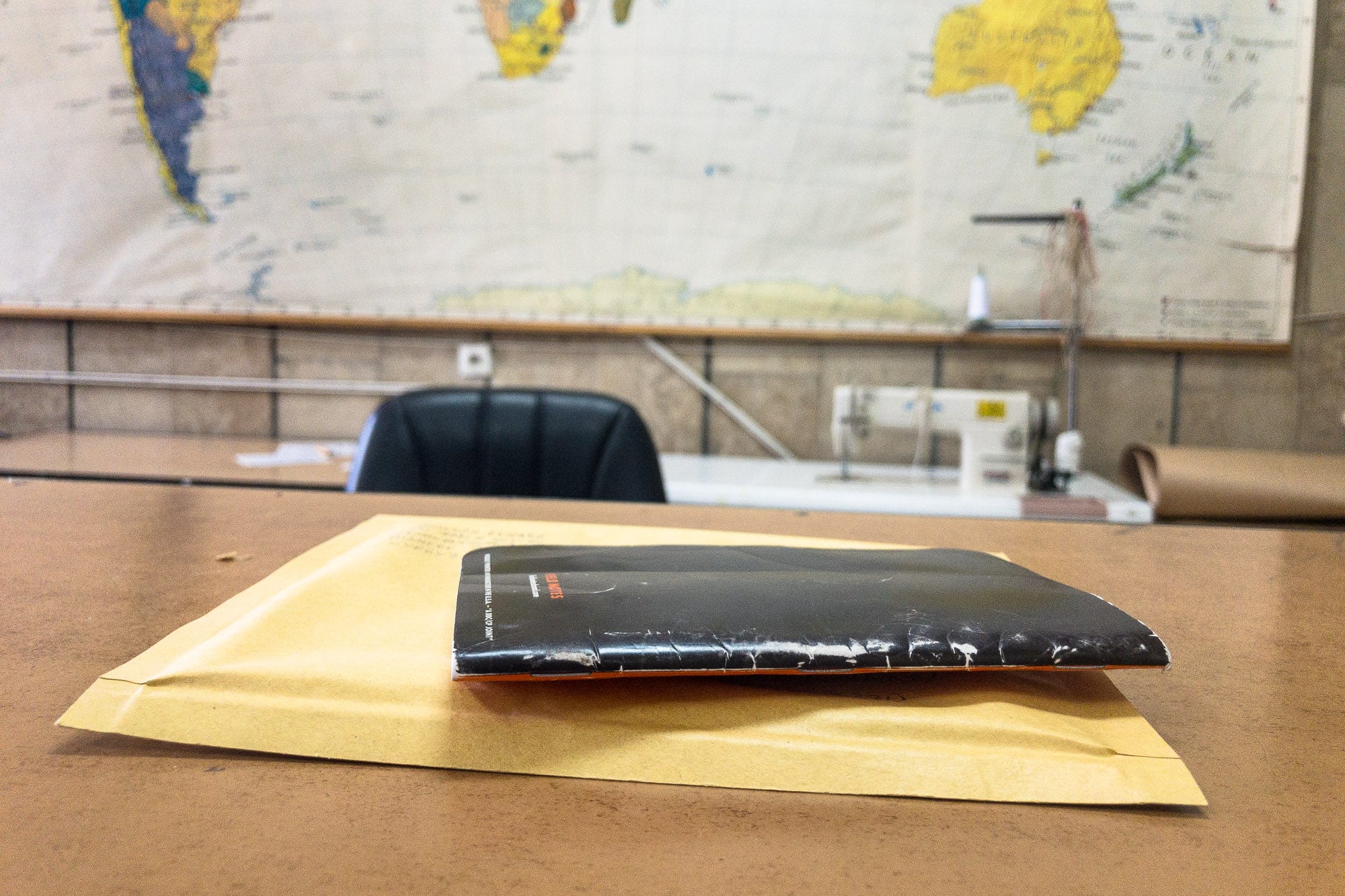 Then I got in a car to the border at Kordai. It was the same as usual. Actually, it felt pretty much just like the time I had crossed it on foot with the Caboose almost one year ago. Kordai was a charming mess: 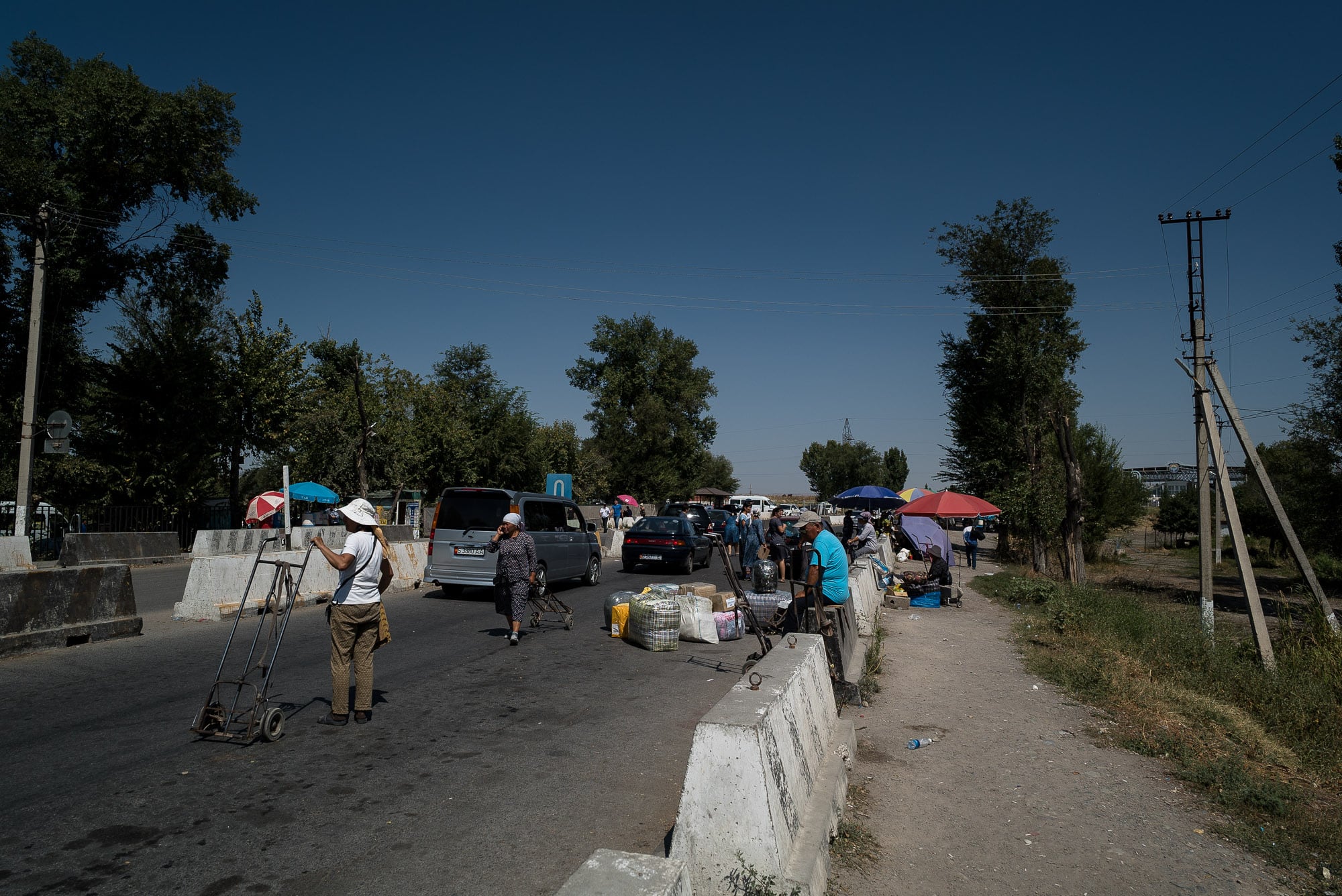 It takes four hours to go from Bishkek to Almaty. If there is a traffic jam in either city (and they are increasingly frequent), then it takes longer. That’s a long time to get carsick and think about what’s ahead.

I was starting to get worried about Turkmenistan. 550km in 15 days, was that even possible for me? Or maybe it was less than 550km? I had heard conflicting reports. Anyway, I was worried, so once I got to Almaty I treated myself to a good dinner and a piece of cheesecake: 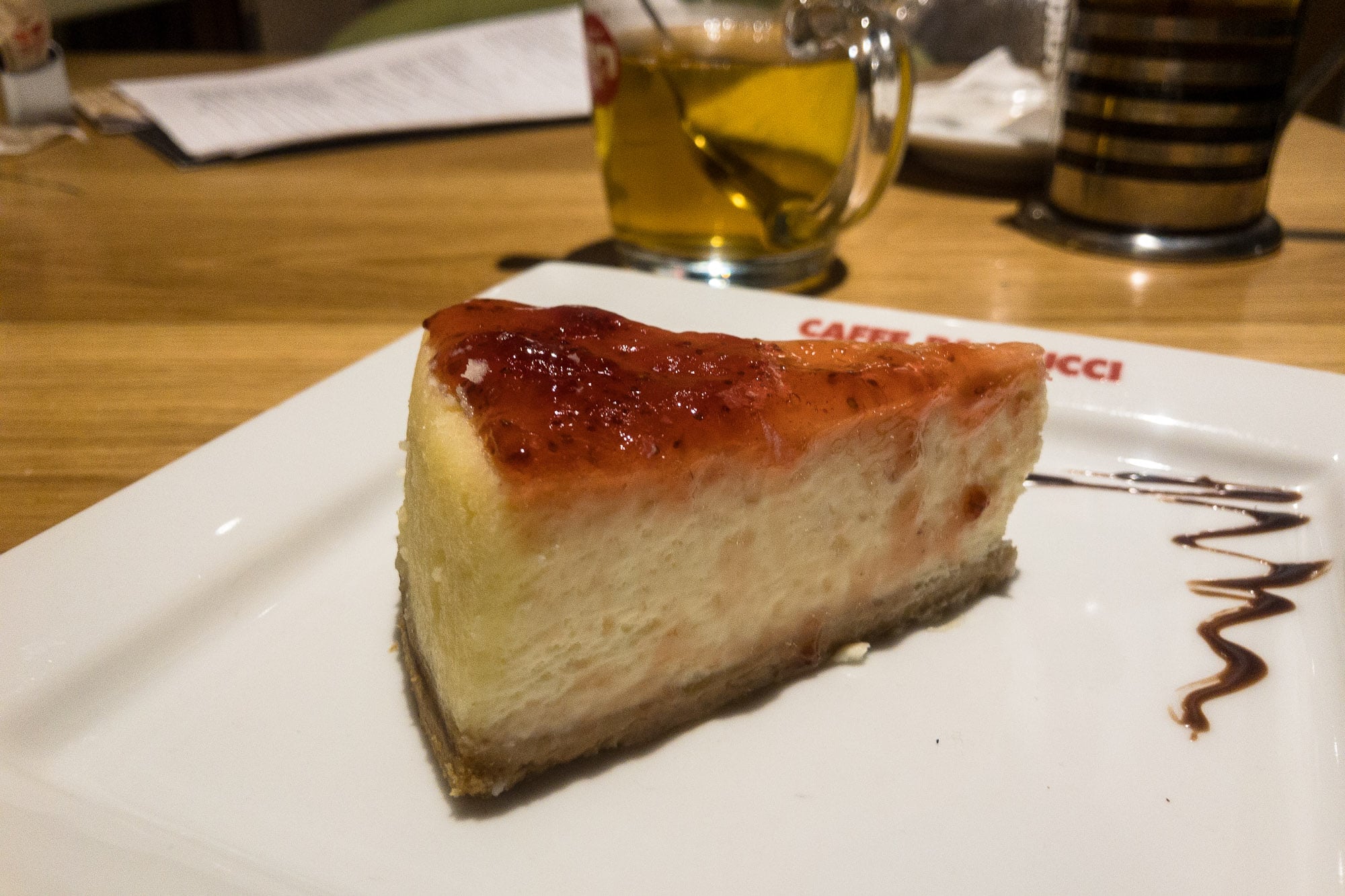 To take away the fear.