I was only slightly surprised this morning when I found out that I looked even shittier than the day before: 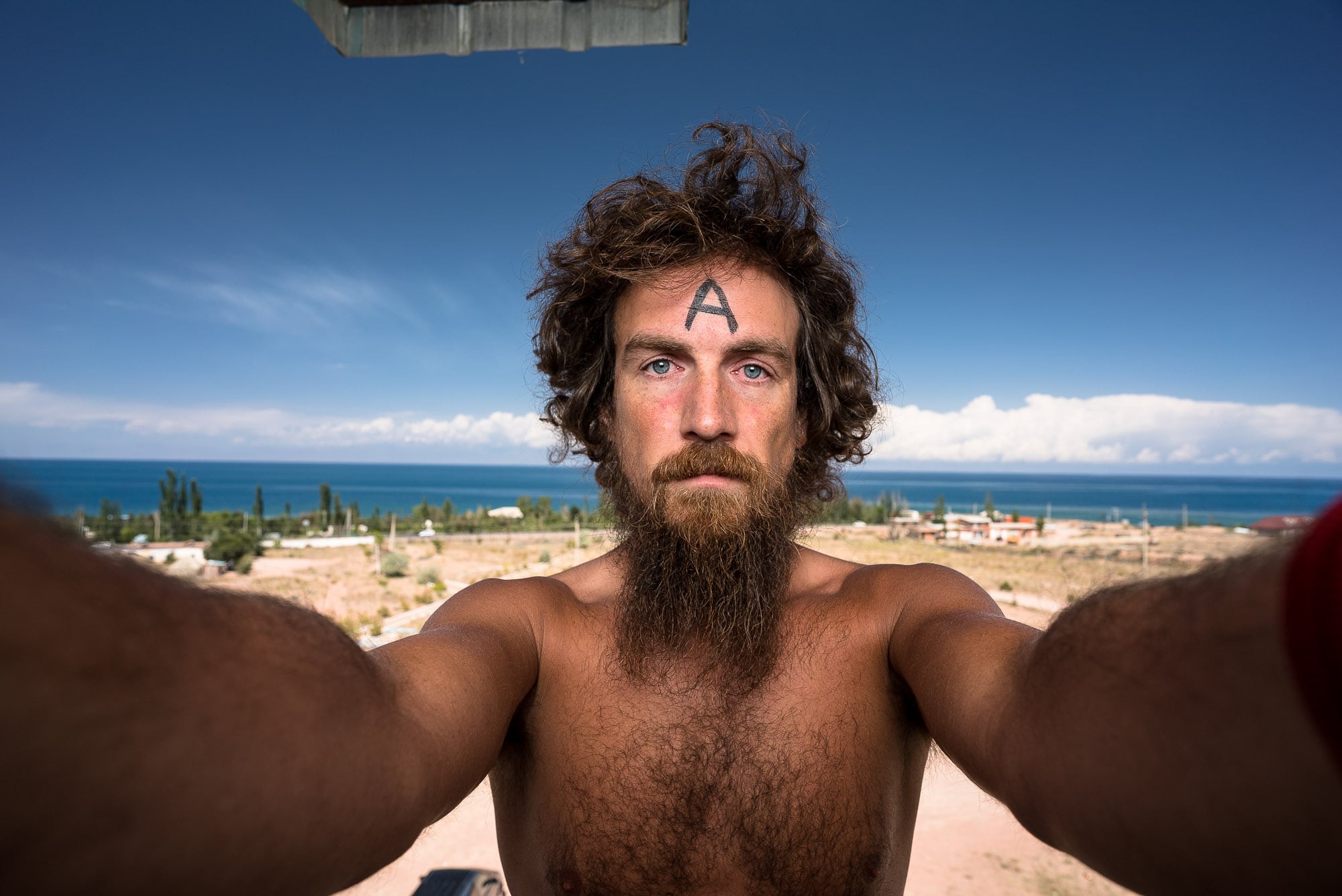 I mean, having bloodshot eyes after drinking too much tequila is one thing. But staying in bed all day and still looking like this?

There were indicators that things were slowly turning for the better, though. Like my appetite slowly returning: 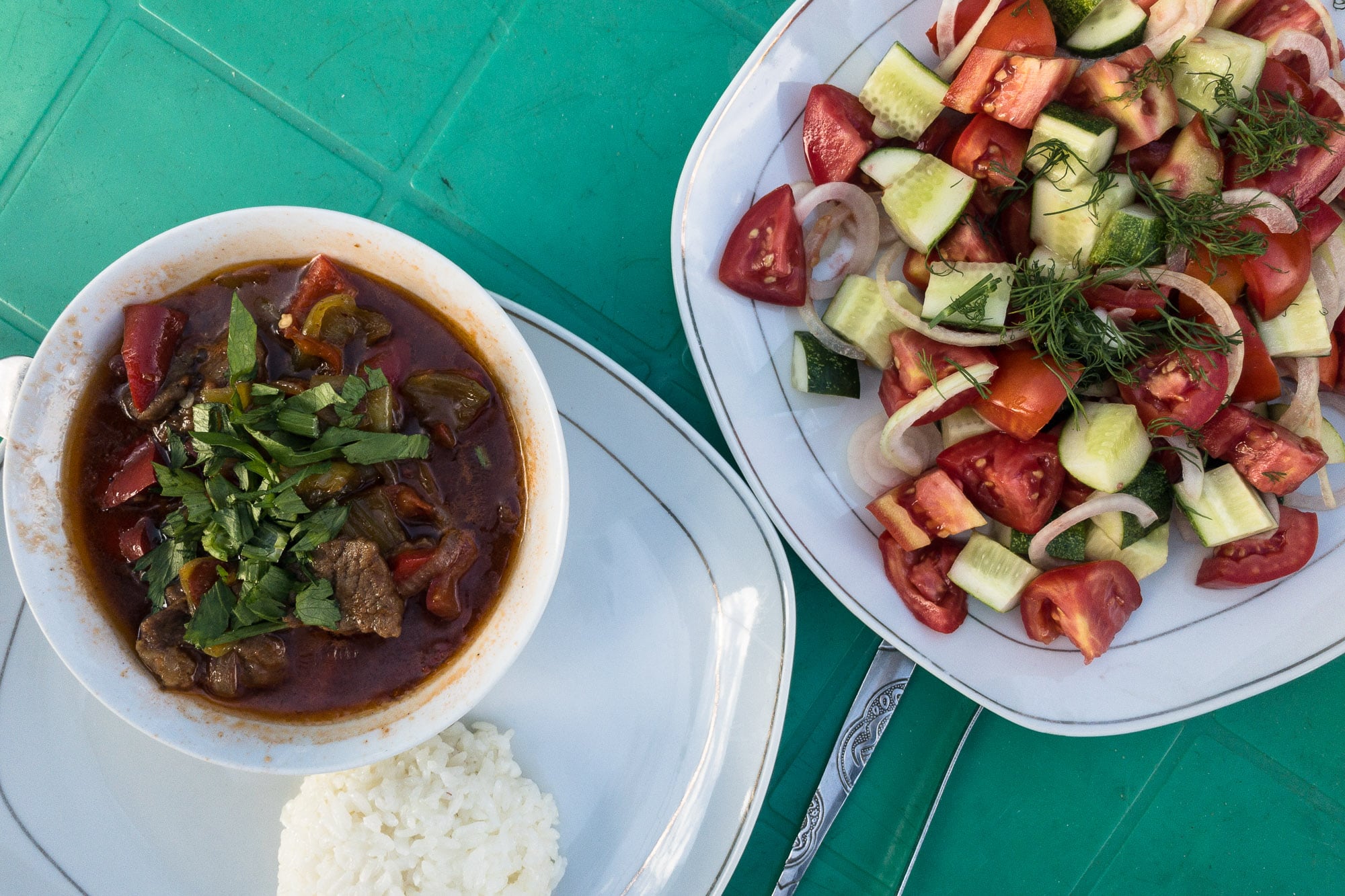 The above dish, ganfan is another one of my local favorites. It’s also a Uyghur (or Dungan?) dish, and it’s basically the same as lagman, but with rice instead of noodles. It’s awesome.

Oh, and here’s another post-sunset timelapse:

Note the clouds moving in opposite directions. It is Issyk-Kul’s way of saying hi. Or bye.