When I woke up in the morning, I apologized in case I had been snoring all night. One could never know. The others said it was alright, and I left, not knowing if “alright” meant that I hadn’t been snoring or that they simply didn’t mind.

Then I went and took care of my things, and then I got hungry. Remember how I told you about the sensation of the new KFC in Bishkek about a month ago? Well, that’s where I went. I don’t know why exactly, since I’m not a big fan of KFC. But I felt drawn to it. Maybe it was a sort of gregarious instinct – everybody went, so I did, too.

It turned out that the crowds had somewhat shrunk by now. I sat down and had a burger combo: 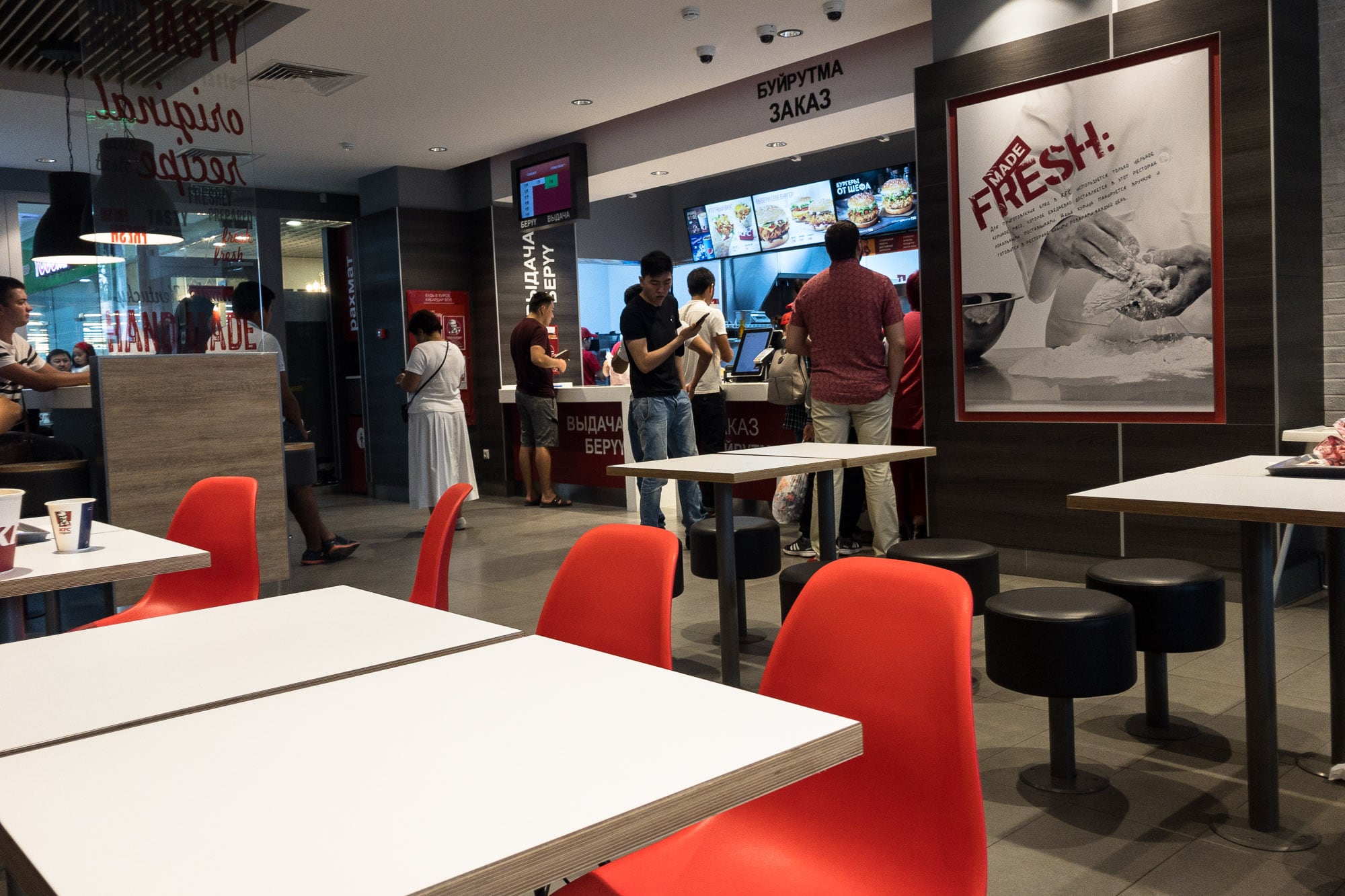 Then I went and crossed the border into Kazakhstan, spent two minutes there, and came back: 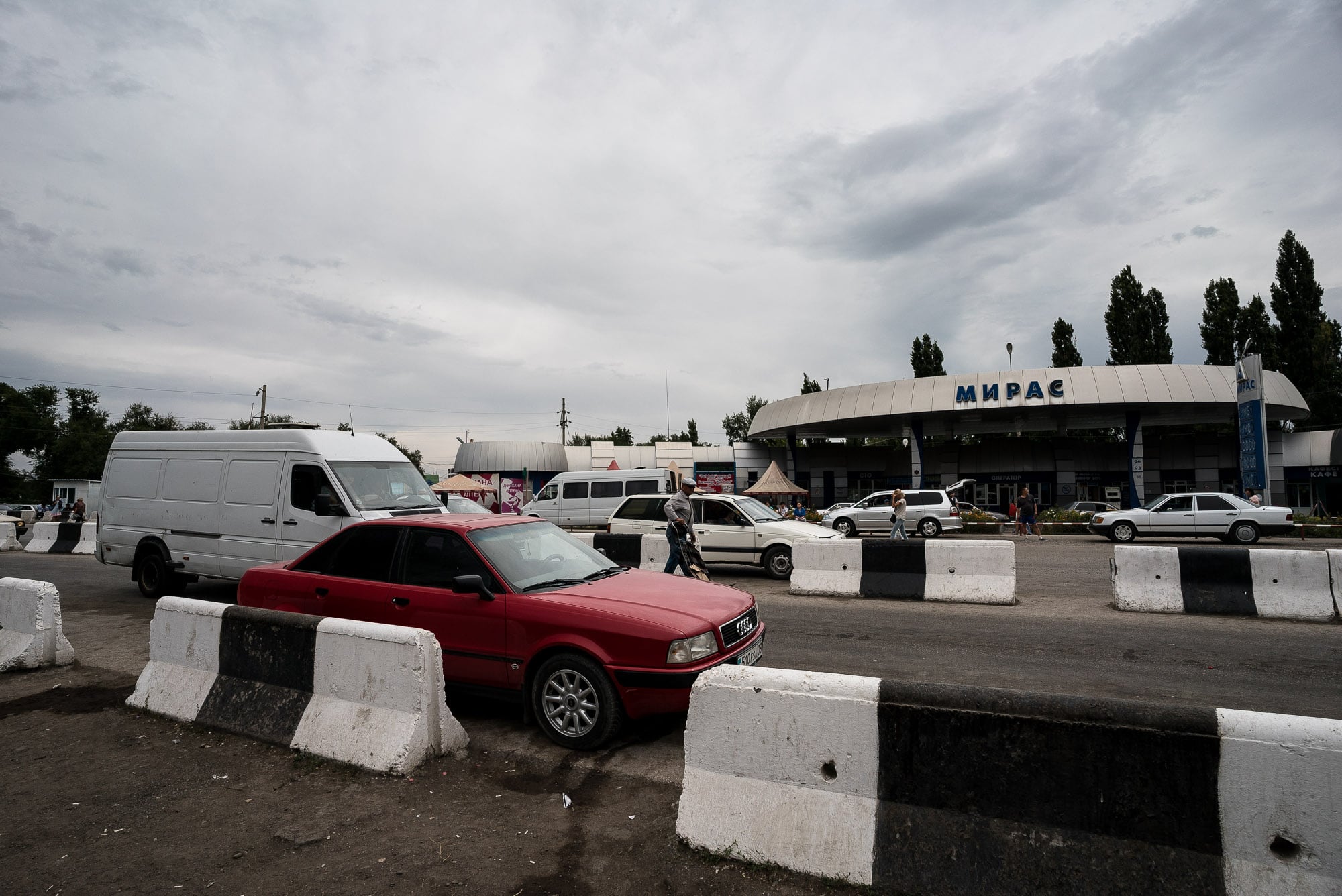 I had crossed this border many times, one time walking with the Caboose almost ten months earlier. Now I had come back just to get a new visa-free stamp from the Kyrgyz authorities.

The ride back another four hours of torture, but at least I had a plastic bag of clean laundry with me: 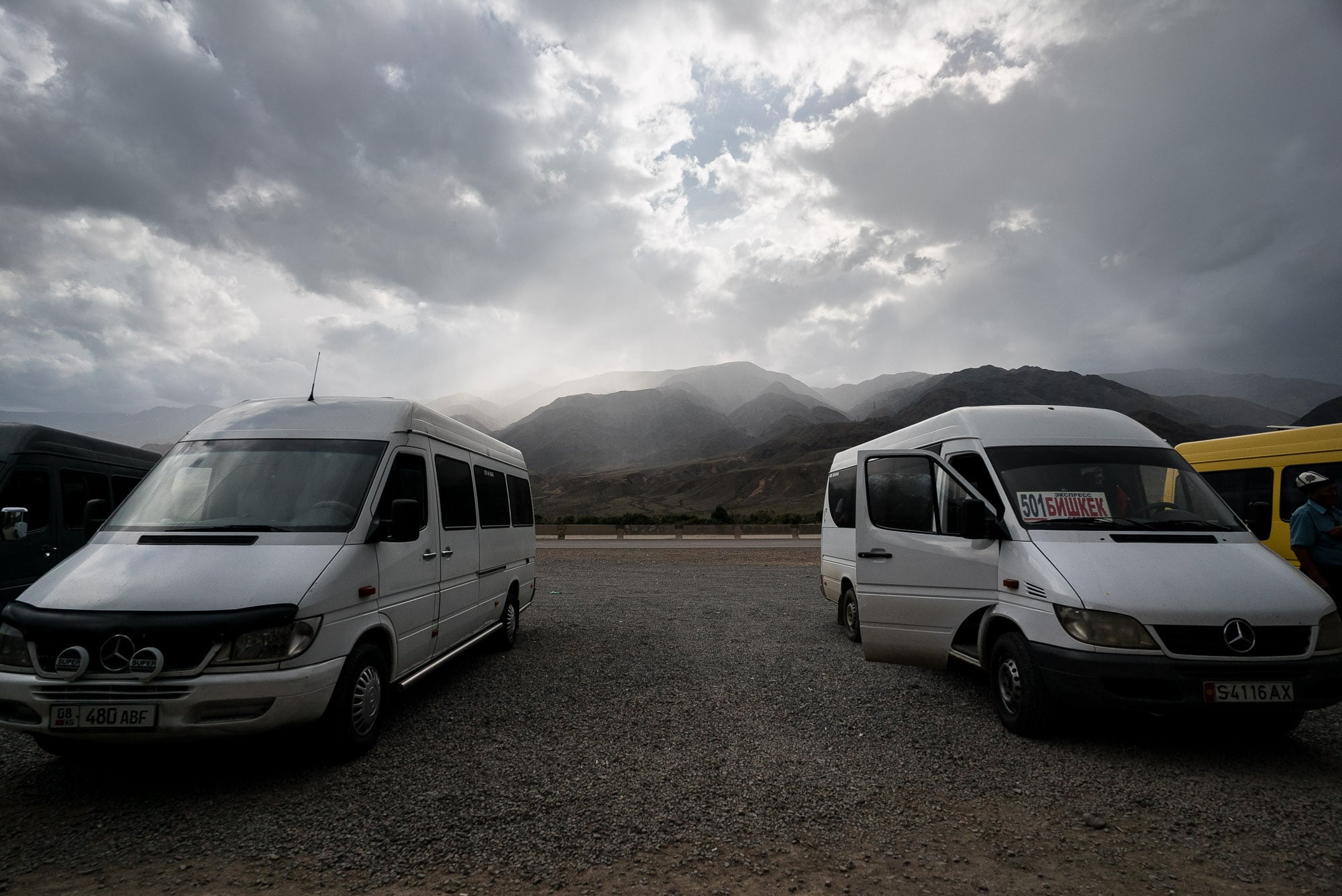 When I got back to my “home” in Kaji-Say, it was almost too dark for my daily picture: 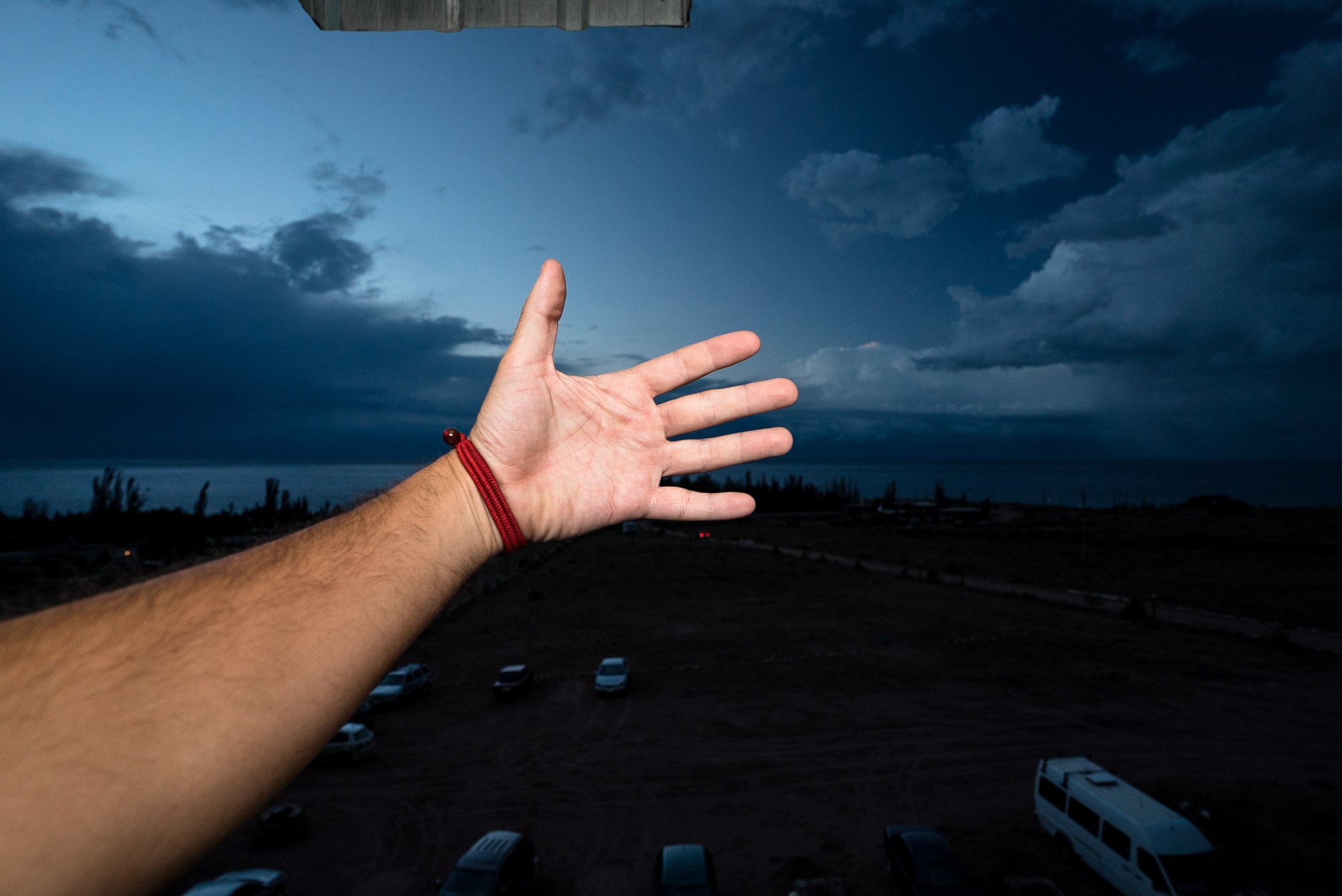 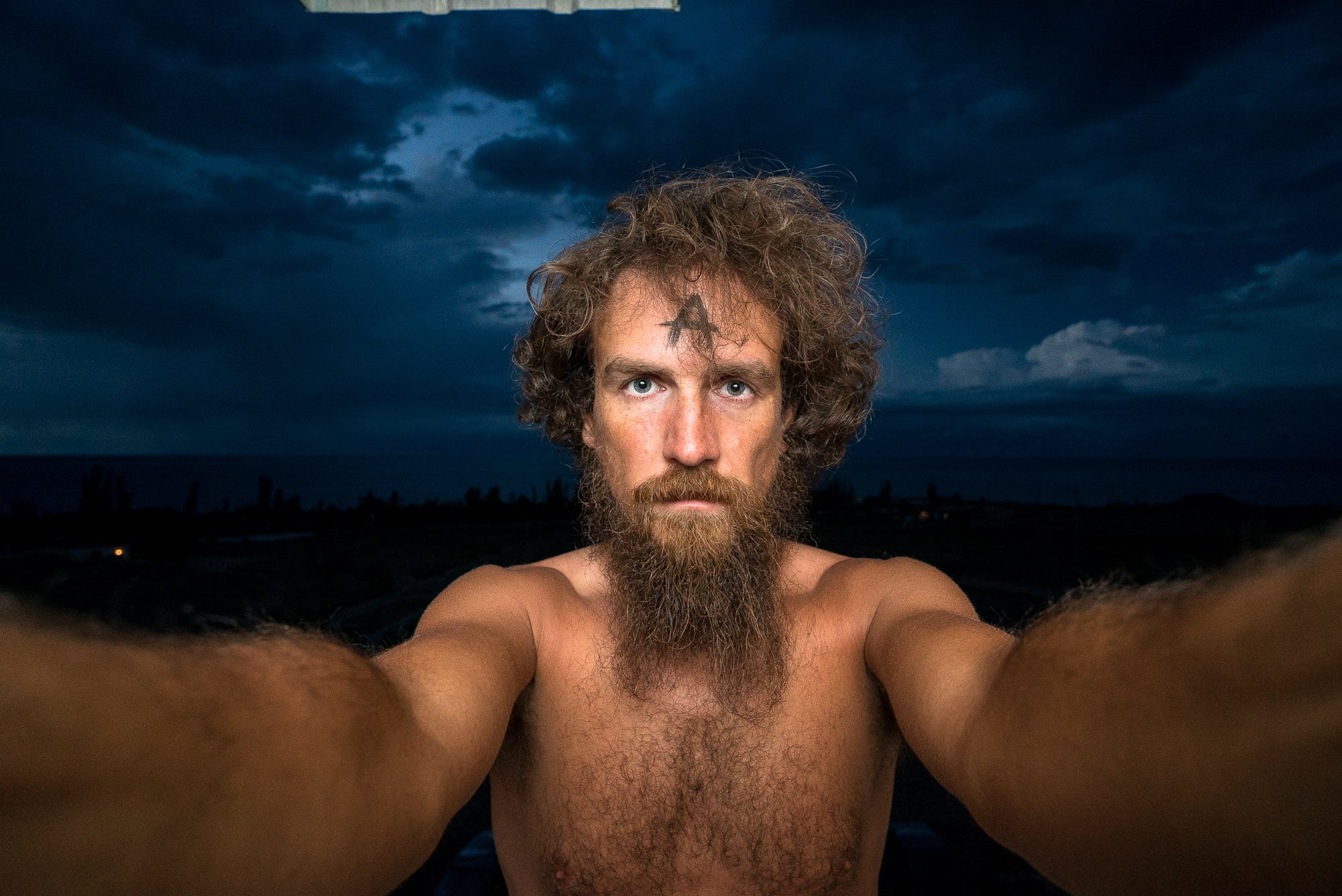