I got a call today that prompted me to go back to Bishkek and take care of some business. So I took my daily photo: 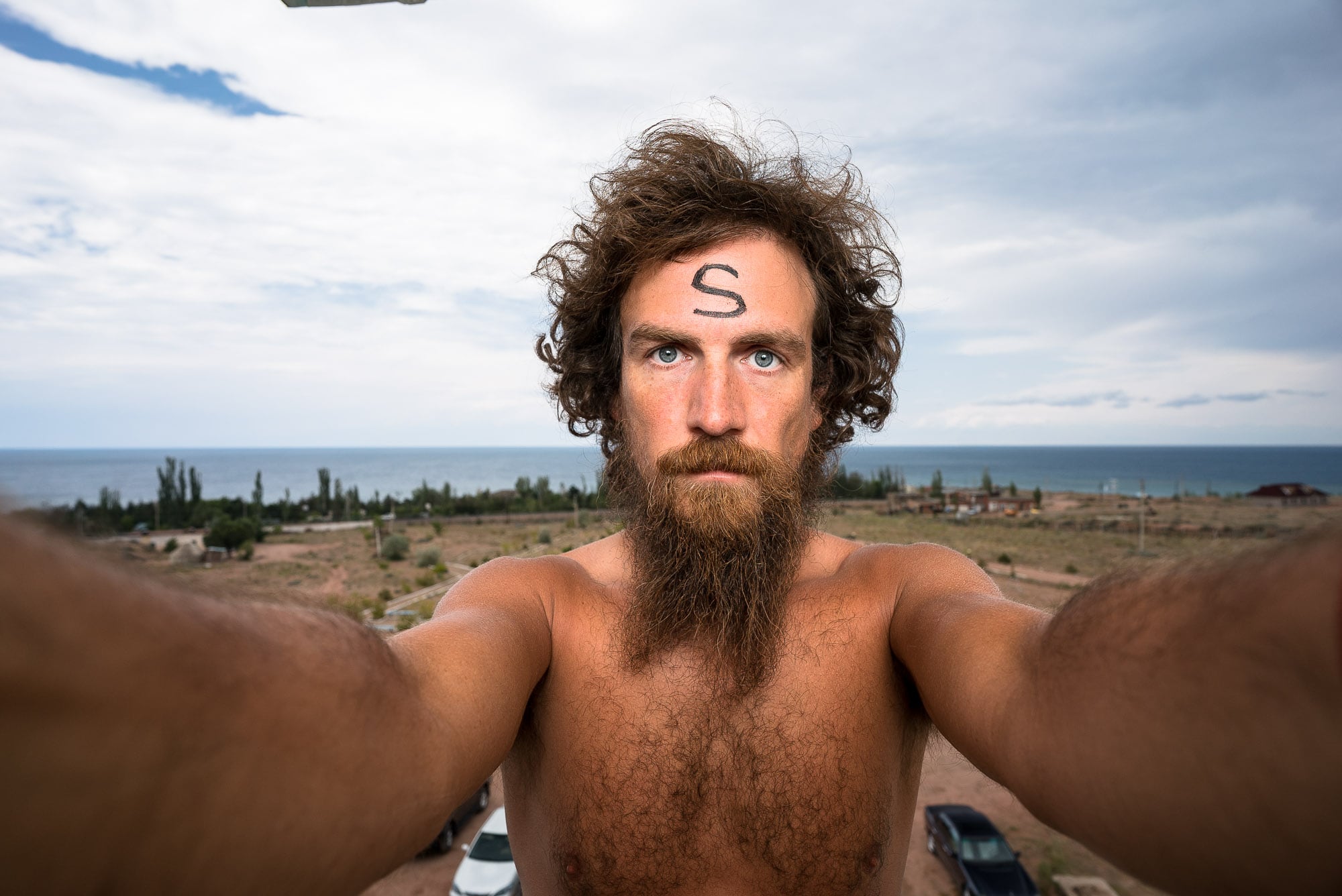 And then I showered, put on some fresh clothes, grabbed my toothbrush and a candy bar, and then I stepped out the door. I came back five minutes later and grabbed a bag of dirty laundry that I was going to throw into the washing machine in Bishkek. They didn’t have one here.

Then I hopped on a marshrutka: 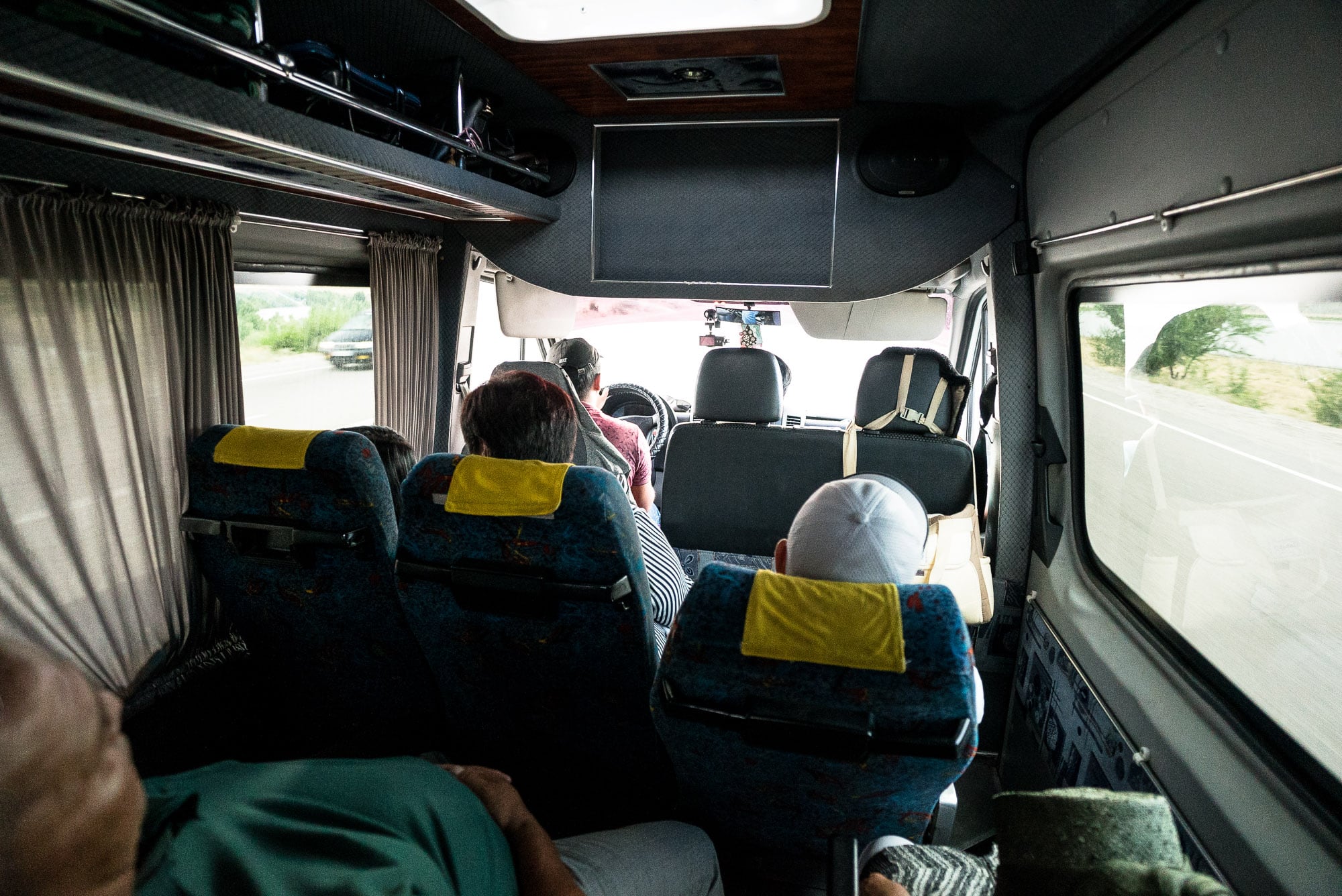 Four hours later, I was in Bishkek. I stayed in the same hostel as always, and for some reason I ended up having dinner with a bunch of travelers and talking very much. I guess I had built up a deficit up there on the lake. Anyway, the food was terrible, and I somehow got annoyed by my own voice. But I couldn’t stop talking.

I slept in a dorm that night, though I would rather call it a snorm: a snoring dorm.