Generally, I am no big fan of Central Asian food. Of course lagman is the bomb, and so is plov and the occasional somza, but most dishes seem to revolve around meat, meat, and more meat. And I am just not a big fan of meat. I mean, I like it every once in a while. But not every day.

But anyway, here is my daily pic: 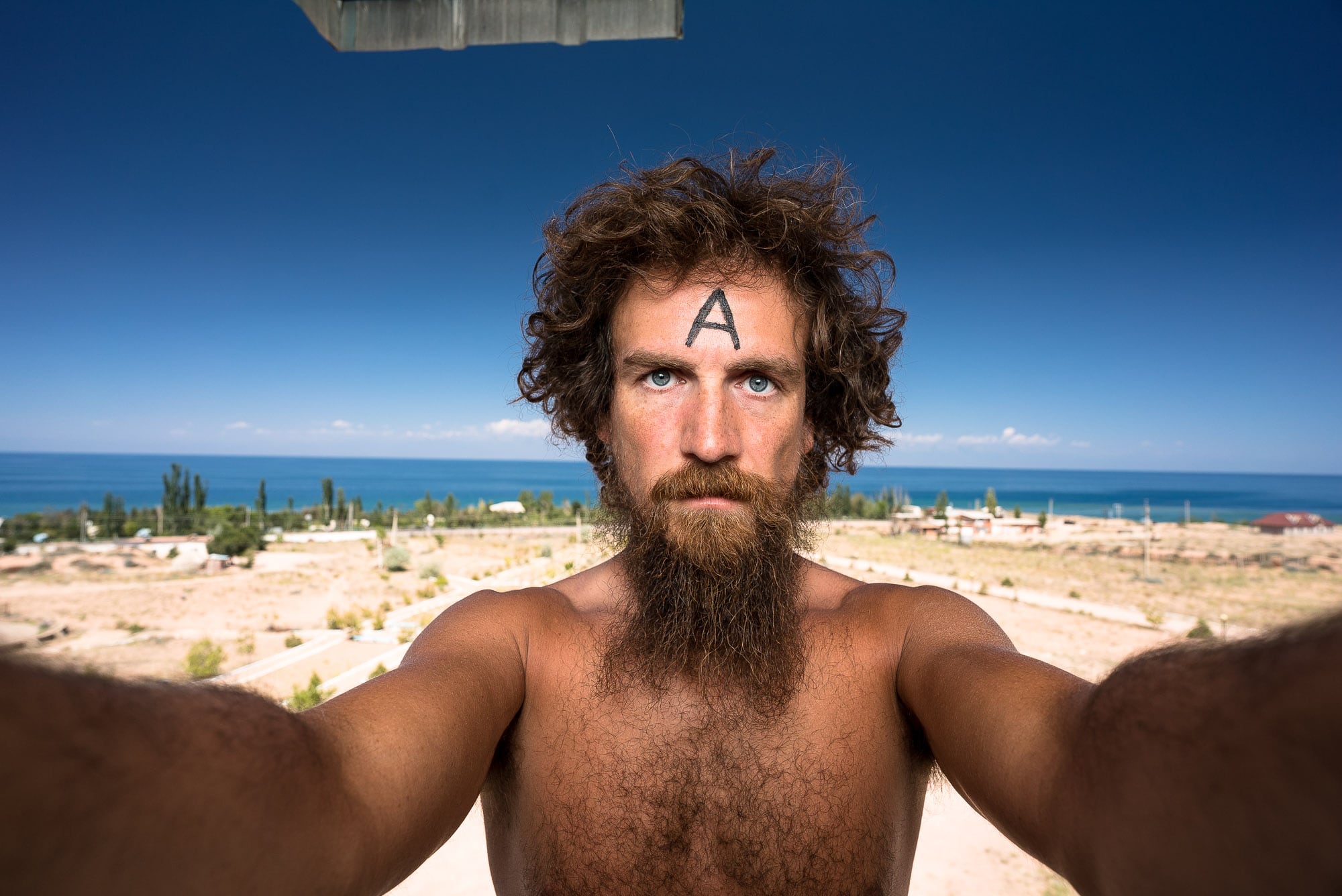 Here’s a lemon that I squeezed into some fizzy water: 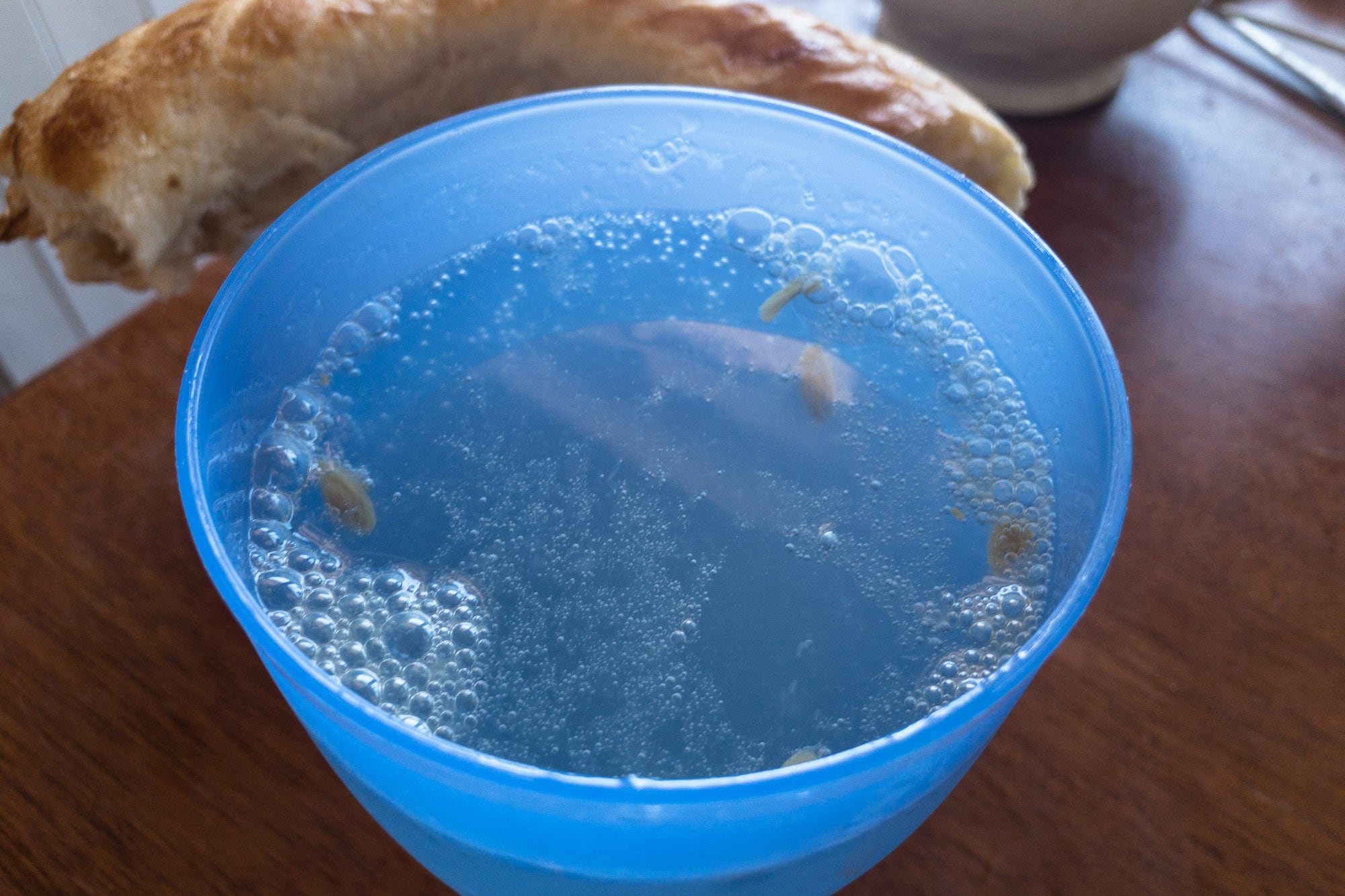 It was supposed to act as a remedy against a cold that I could feel approaching.

Here’s the beach where I spent the late afternoon: 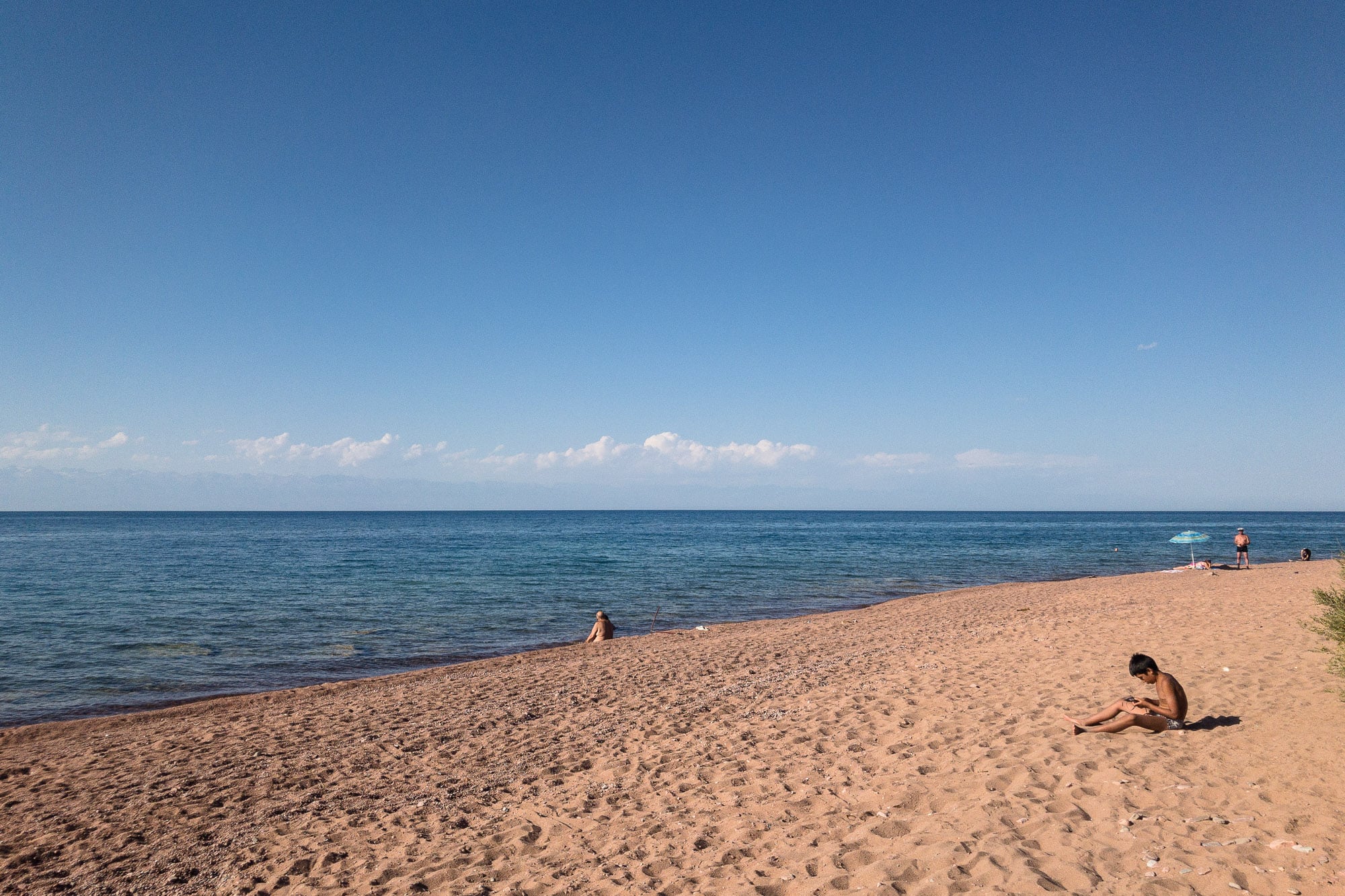 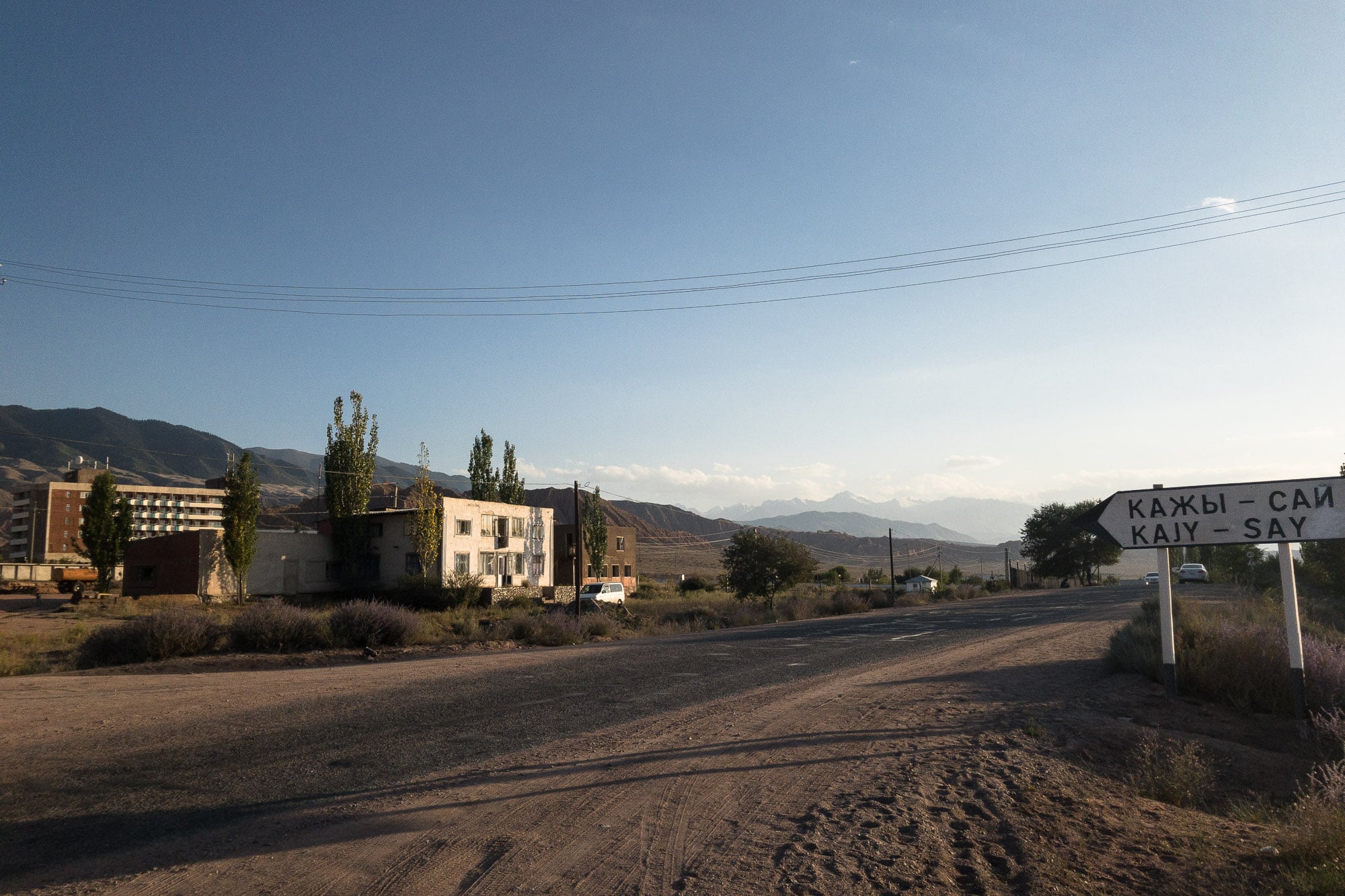 And here is the most awesome thing – Ashlyamfu: 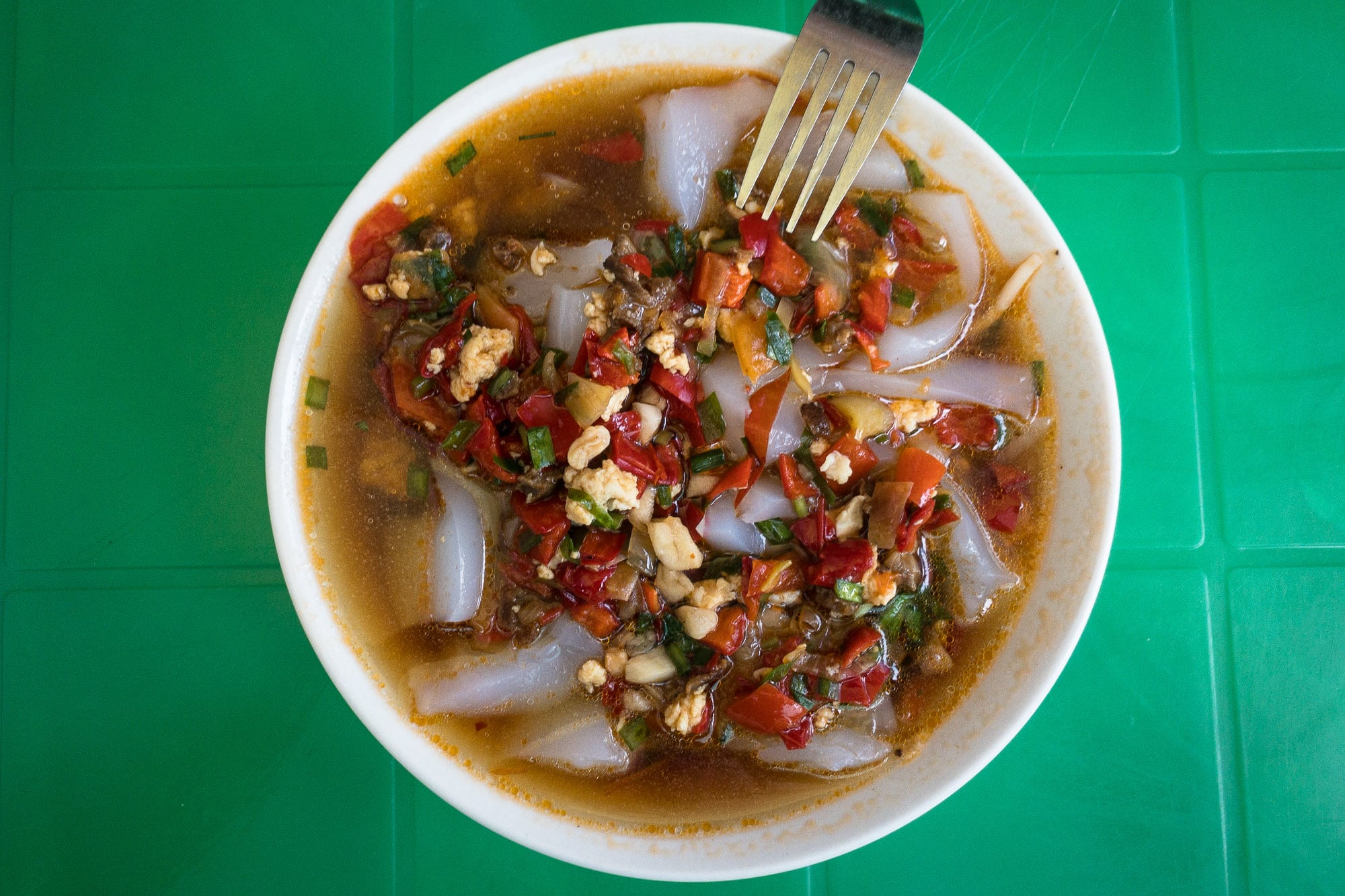 This is a Dungan dish (some say it’s Uyghur). The Dungans are Chinese Muslims, most of whom emigrated from the Chinese heartland of Shaanxi in the late 19th century. I have no idea what the name Ashlyamfu means – in Cyrillic it’s spelled Ашлямфу, but that obviously doesn’t help much, either. What I am suspecting though is that this dish must be more Dungan than Uyghur, because the “fu” in the name suggests that the origin is Chinese, not Turkic.

But anyway, this dish is truly awesome. It’s a sort of noodle salad, or a noodle soup, with starch noodles and sometimes regular handpulled noodles. There can be a tiny bit of meat in it, it’s served cold, and it should be spiced rather generously (as should most Chinese-influenced dishes). It tastes fresh and light and also quite spicy sometimes.

If you come to Kyrgyzstan, do yourself a favor and have some Ashlyamfu. They serve it everywhere in the country, but the closer you get to the city of Karakol on the shores of Issyk-kul, the better it is likely to be.