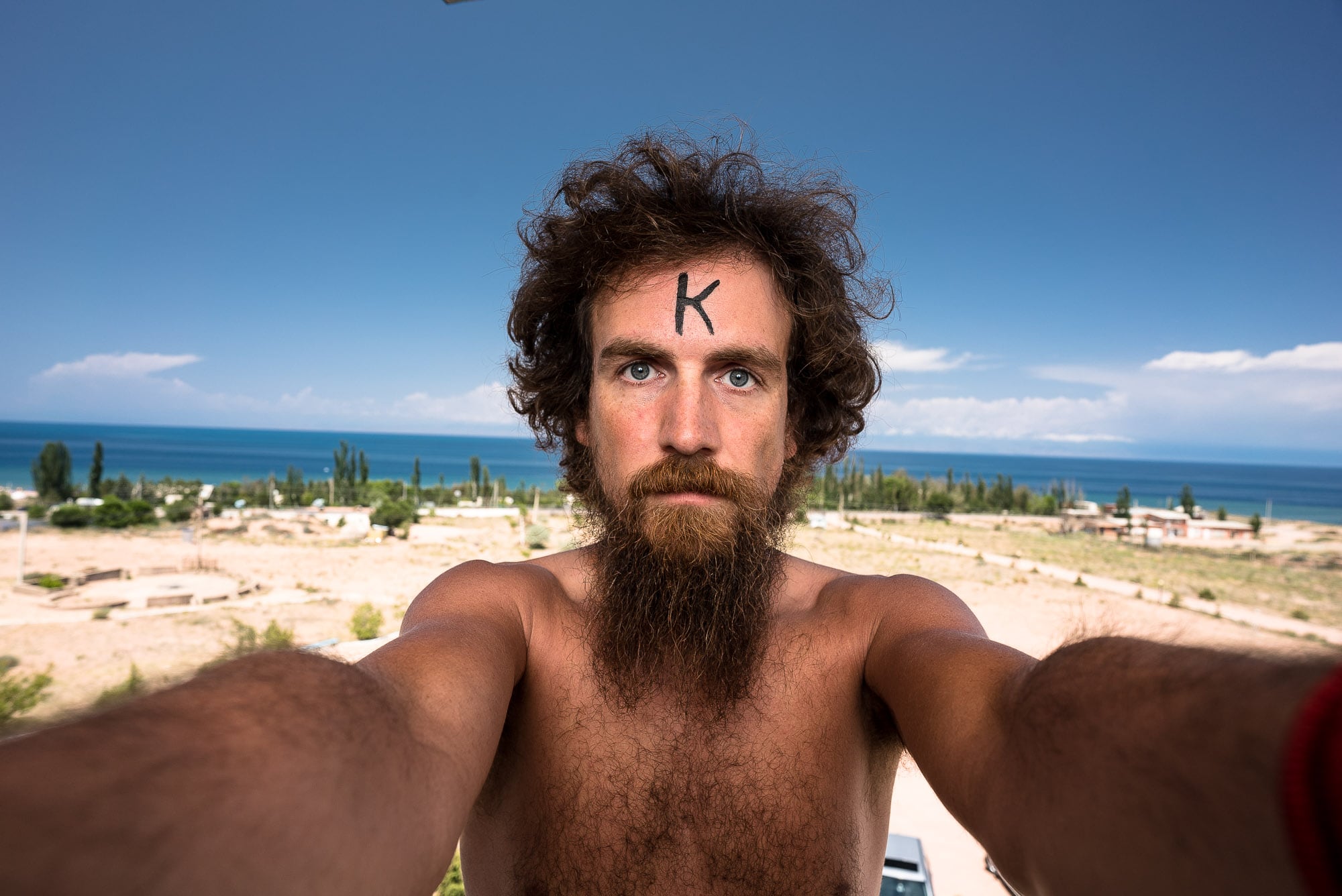 “Have you heard?” said Jesus.

“Have I heard what?” asked God.

“Donald Who did what now?”

“Donald Trump, son of Fred, son of Friedrich, son of Johannes…” Jesus paused for a second, gathering his thoughts: “…son of… I think Johann! Yes, that Donald Trump. He resigned.”

God, scratching his beard, gave a blank stare: “What’s with all the dudes’ names? Is that a planet where we made everyone gay?”

“DM121PA, I know that one!” said Muhammad, who was walking by with a laundry basket: “that’s the planet where I speak to them in Arabic!”

“Ahahahaha”, God laughed: “yeah, that was nice, cracks me up every time!”

“Yes, yes, yes”, God interrupted him, patting him on the back: “Very funny, son.”

Jesus gave a satisfied smile, and when he thought God wasn’t looking, he stuck out his tongue in Muhammad’s direction.

“You two…”, sighed God, watching Muhammad walk away with his laundry basket. “Why don’t you help Momo, son, that shit looks heavy!”

“But dad!” said Jesus: “I was going to tell you about that Trump guy!”

“He did what? Is he planning to come here?”

“No, dad, he didn’t die! He just resigned from office.”

“Not THAT kind of office! He was President of the United States of America, but then he didn’t feel like it anymore, and so he resigned.”

“Ah, NOW I get it! The United States of something-something is the place on DM121PA where they believe in Adam and Eve riding around on T-Rexes, right?”

“Okay, okay. So that Trump guy, why should I care if he resigns? I mean what’s the big deal?” God shrugged. “Is it like that one time on HX879EE when they all started arguing with each other and Buddha got bored and had them all reincarnated as kangaroos?”

“Oh, COME ON!” protested Buddha, who was lounging in a beanbag chair behind them. “Again with that crap? I have told you a gazillion times that I had nothing to do with that!”

“Yes, really! And by the way that’s not how I work at all. I don’t DO anything!”

“Yeah, like we don’t all know that…” mumbled Jesus.

“Are you calling me lazy?” asked Buddha, struggling to get out of his beanbag.

“Okay everyone, just calm down”, said God: “So on HX879EE they all SOMEHOW turned into kangaroos.” He grinned: “But you have to agree that shit was funny!”

“Yeah”, said Buddha, leaning back into his beanbag, “that was some crazy shit.”

Jesus giggled: “When they all started boxing each other, right? Hilarious!”

They all laughed for a while, even Shakti, who was usually rather quiet. She had two more arms than everyone else, and she was suspected of being arrogant because of it. Or maybe it was because she was “super hot” as Moses liked to put it.

“So what about that reclining lump?” she yawned, two hands resting behind her head, the other two holding a video game controller. She was really into Zelda.

“The what now?” asked Jesus.

“The lump guy you were talking about, the one that quit his job or whatever.”

“Trump, lump, dump, whatever”, Shakti rolled her eyes and made a gesture with two of her hands that looked like she was throwing something away. She always did that.

Jesus was unfazed: “Yes, so Donald Trump resigned as President of the United States of America, and now DM121PA…”

“Wait, DM121PA?” It was Moses, who was just coming out of the kitchen to set the table. He had been preparing dinner with some of the others. “SUP, MOMO!” he yelled when he saw Muhammad walk past with his laundry.

Then they did their secret hand sign and laughed.

“But seriously”, Moses turned back to Jesus: “did you just say DM121PA?”

Moses turned his head back towards the kitchen: “Zeeeeeuuuus!” he yelled: “Can you come here for a second?”

A bearded face appeared in the door. Zeus looked almost exactly like God, and sometimes the others would tease them about it.

“Donald Trump resigned”, explained Jesus, and God and Buddha nodded: “He resigned.” Shakti ignored them. She had gone back to playing her video game.

“What’s the problem?” Jesus asked in an alarmed voice.

“Dude, you remember KU893WQ, the planet we were going to smash with that big old comet?”

“Ah, yes! The one where they listen to Oasis all the time”, Jesus laughed: “Is it gone already?”

“What do you mean, not exactly?”

“Well”, Zeus looked down at his fingernails, then he said: “I kinda changed the comet’s course.”

“What? Why the fuck would you do that? They have tacos down there!”

“And fucking dark lager!” added Shakti without looking up from her game.

“But I don’t like tacos”, said Zeus sheepishly, “and I forgot about the ice-cream and the beer. So after they got that Trump guy I thought maybe it was better to, you know…”

“But they don’t fucking have him anymore!” yelled Jesus: “That’s what I’ve been trying to tell you guys! They got rid of him – he resigned. FUCK!”

“Fuggidifuck”, mumbled Shakti, but she was really busy with her game.

“So what the fuck do we do now?” asked Jesus. “Is there anything we can do for those taco-ice-cream-lager idiots down there?”

“Well, no”, said Zeus: “it’s too late for that now.” But then his face lit up with an idea: “You know we could always ask HER, right?”

Everyone looked at God, who vehemently shook his head: “Oh, come on guys, are you serious? Why am I always the one who ends up having to talk to her? You guys do it yourself!”

“But you’re the one she likes best!” said Jesus.

“Sometimes she’s even nice to you!” said Zeus, batting his eyelashes.

“That’s just because none of you assholes ever bother to give her any food!” said God, pointing accusingly at a can of Organic Merry Meow Munch – Gravy Lovers Savory Shreds For The Cheerful Kittie. “And when has anyone of you ever thought of cleaning up her FUCKING LITTER BOX?!”