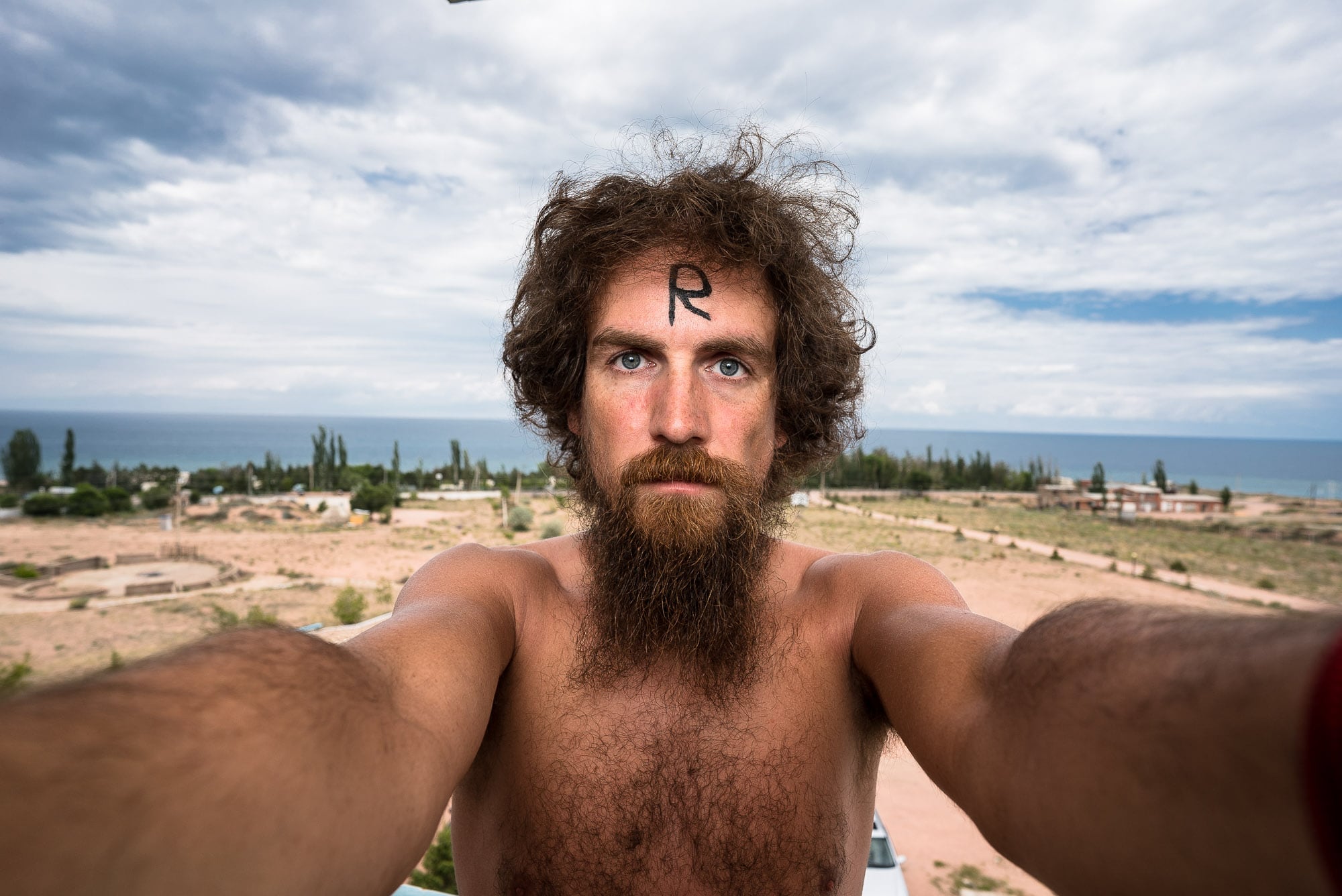 The cameras had changed everything. The microphones. The lights. The directors. The crowds.

THIS WILL BE GREAT FOR EVERYONE! There he was, his face beaming from one of the screens in the subway car. His makeup was so thick that he almost looked like a clown. But he was no clown. He was an equilibrist, a man who walked through the sky on a rope.

GREAT FOR EVERYONE! Cassy wondered who had told him to use that ridiculous slogan.

The subway car was plastered with ads for all kinds of different acts: knife throwers, acrobats, animal trainers, clowns, clowns, clowns. Her city had always been in love with a good show, and every neighborhood had its own local hero. And he was the biggest one of them all.

Of course he, too, had started out small. She remembered the days when he used to stretch his rope in the trees behind their school. He had always been very shy. Maybe it was because of his overbite. Or maybe because he got teased a lot for his family.

The subway came to a stop, some people got off and some got in, and Cassie managed to find a seat for herself. Almost everybody was staring at the screen. His face was still on, and he was still talking: …TAKING THE SHOW TO A NEW LEVEL!

He certainly wasn’t shy anymore. The cameras had changed that, just like they had changed his show. Cassy wondered how he would sell it this time. He had stretched his rope between the two tallest buildings in the city – the SKY WALK. He had done it wearing a blindfold – the BLIND WALK. He had set one end of his rope on fire – the FIRE WALK. He had walked in very bad weather – the STORM WALK. And every time the city had been watching him, holding its breath.

Now he was wearing a big red backpack. The camera crew was right behind him, and he gave a grinning thumbs-up just as he was about to step onto the end of his rope. When he turned around, she could see that there was a drawing on his backpack. She squinted her eyes, looking closer at the screen. It seemed to be a black ball with a white thread coming out of it, and at the end of the thread, there were yellow sparks.

What? Cassie looked around and saw people with wide eyes and open mouths. Some were covering their faces, and an old lady seemed to be forming the words WHAT THE FUCK with her lips. STOP HIM, Cassie thought, SOMEONE STOP HIM NOW. But he was already on his rope, taking small but quick steps, as he always did, walking through the air, as he always did. His backpack looked very big. Cassie held her breath and watched him walk.

There was more than one camera, so she could see it from several different angles. He dropped through the air for a while, his arms waving, his backpack very big and very red. Then, after what seemed like a long time, he hit the ground, and when he did, everyone including Cassie winced.

But there was nothing: no blast. Just silence.

Then one of the cameras started zooming in on his body. There seemed to be no blood, only a large crack in his backpack. And from inside the crack, a stream of colorful little particles came spilling out. They spilled and spilled all over the concrete.

Then a multicolored, happy-looking slogan appeared on the screen: CONFETTI WALK!

A gust of wind picked some of it up and whirled it into the air.