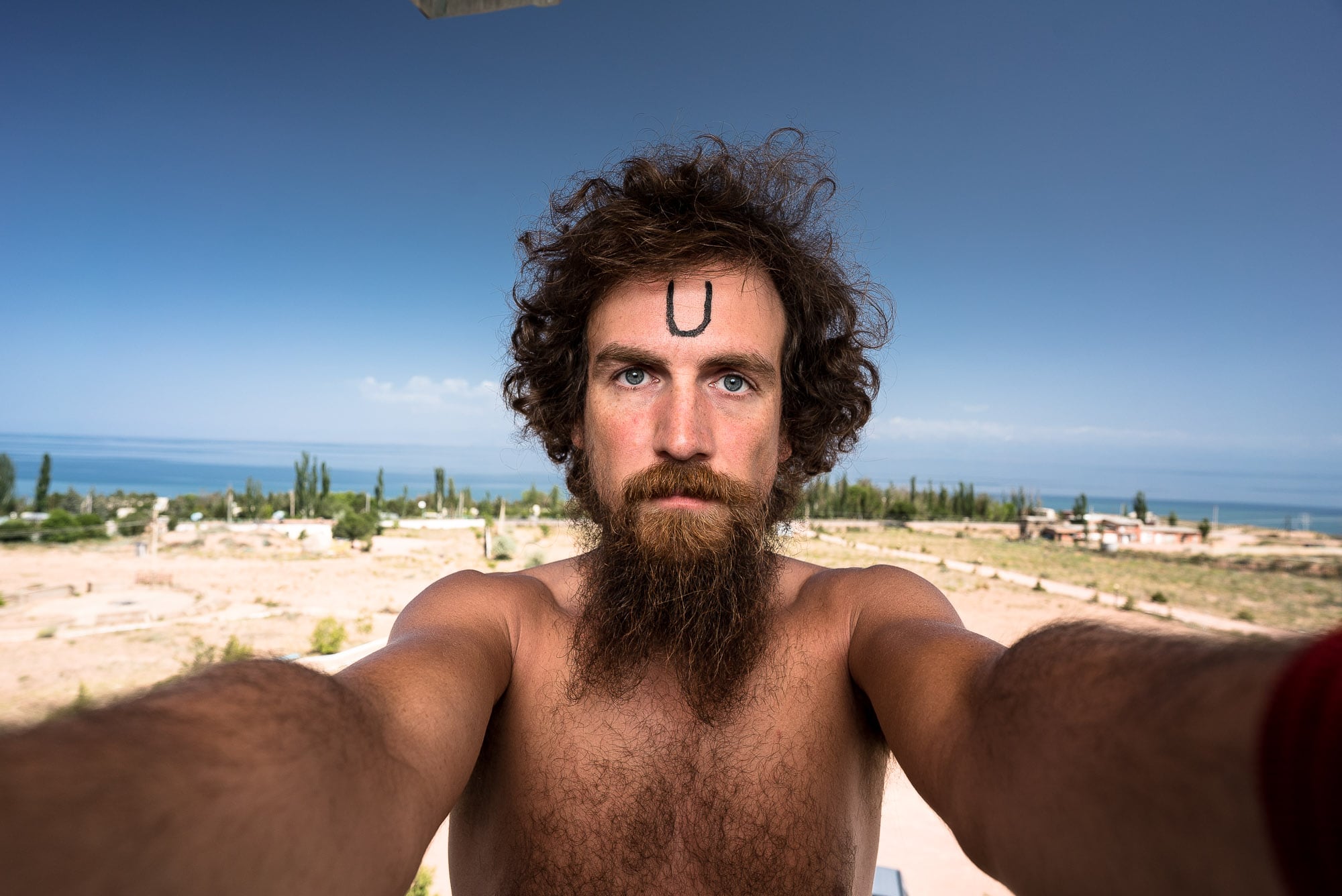 She woke up laying on her back, one hand and one foot dangling in the water. There was a moment of splashing and struggling when she tried to sit up and the board under her almost capsized.

She managed to regain her balance and look around, and she saw blue. Nothing but blue. The sky above her, the ocean below – they were all just different shades of blue. There was no land, only a fine line in the distance where the air and the water met, the light and the dark, the one blue and the other blue. Everything was quiet, she was in perfect isolation.

She stared at the horizon for a while, and then, when she felt sure that it was all the same in every direction, she rested her head back down against the plank and looked up at the sky.

It took her a moment to realize that something was off. She couldn’t see the sun. It wasn’t hidden behind the clouds – there weren’t any clouds at all. It was just a perfectly blue sky – but it was a sky without a sun.

How could there be no sun? She squinted her eyes, searching for it, but there was nothing. No sun! She noticed herself taking fast and shallow breaths, and her arms and legs felt heavy. She knew this feeling, and she knew what to do. She closed her eyes and cooed softly to herself.

Breathe, Ana, she said, and her voice sounded very crisp to her, almost as if she were listening to another person whispering in her ear. Breathe, Ana!

And so she breathed.

When she opened her eyes again, the sun was still gone. She turned her head to the side and noticed that the plank under her was blue as well. Of course, she thought, of course. She looked down at her body: she was naked, and she was blue.

Okay, now it was almost funny.

And then she cried.

When she was done crying, she decided to turn over onto her stomach. It wasn’t easy, because the plank seemed to want to throw her off, but she eventually made it.

That’s when she noticed the window.

The thing under her wasn’t a plank – it was a door. There was a glass window just under her head, and through the window she could look down into the water below. But the water wasn’t blue at all. It was black. Black like a starless universe, like a complete absence of light, like the gaping throat of the ocean.

She stared into the darkness for a while, wondering why it didn’t seem to scare her more than it did. Then she moved her hand through the water until it was right under the window. She wanted to know if she would be able to see it in the water, and yes, she saw it. And she saw something else, too.

There seemed to be a blue fluid coming out of her fingertips. It almost looked like smoke as it left a blue trail in the darkness wherever she moved her fingers. She took her hand out of the water and held it up in front of her eyes. It was still blue, but it seemed as though the color of her skin was shining through.

Her skin! Feeling a strange sense of excitement, she put her hand back into the water and started moving it around, whirling and spinning, spinning and whirling, until there was a large blue cloud in the darkness under her window. Then she took it back out and examined it: yes! It was her skin! Her beautiful, Ana-colored skin!

She moved her hand around in the water until it was all clean, and then she did the same with her other hand and then with her feet. After all this was done, she dangled her arms and legs in the water, one by one, carefully making sure not to fall in, and she washed the blue off of herself until she felt something like happiness. Then she lay there and rested.

Of course her stomach was still blue, and she assumed that her face was blue as well. She looked through her window into the water below: large blue clouds were floating in the water, mixing with each other, slowly sinking down into the darkness. No, she thought. She wasn’t ready yet. Not yet. So she lay still, looking at the blueness in the dark water, at HER blueness, following it with her eyes until it had all but become one with the darkness.

Then she sat up very carefully. She looked at the sky above and at the ocean below, at the door, at her stomach, at her hands and feet and arms and legs that weren’t blue anymore, and then she said her own name to herself.

She closed her eyes.

She took a deep breath.

And then she let herself plunge into the water.