Got a pen today: 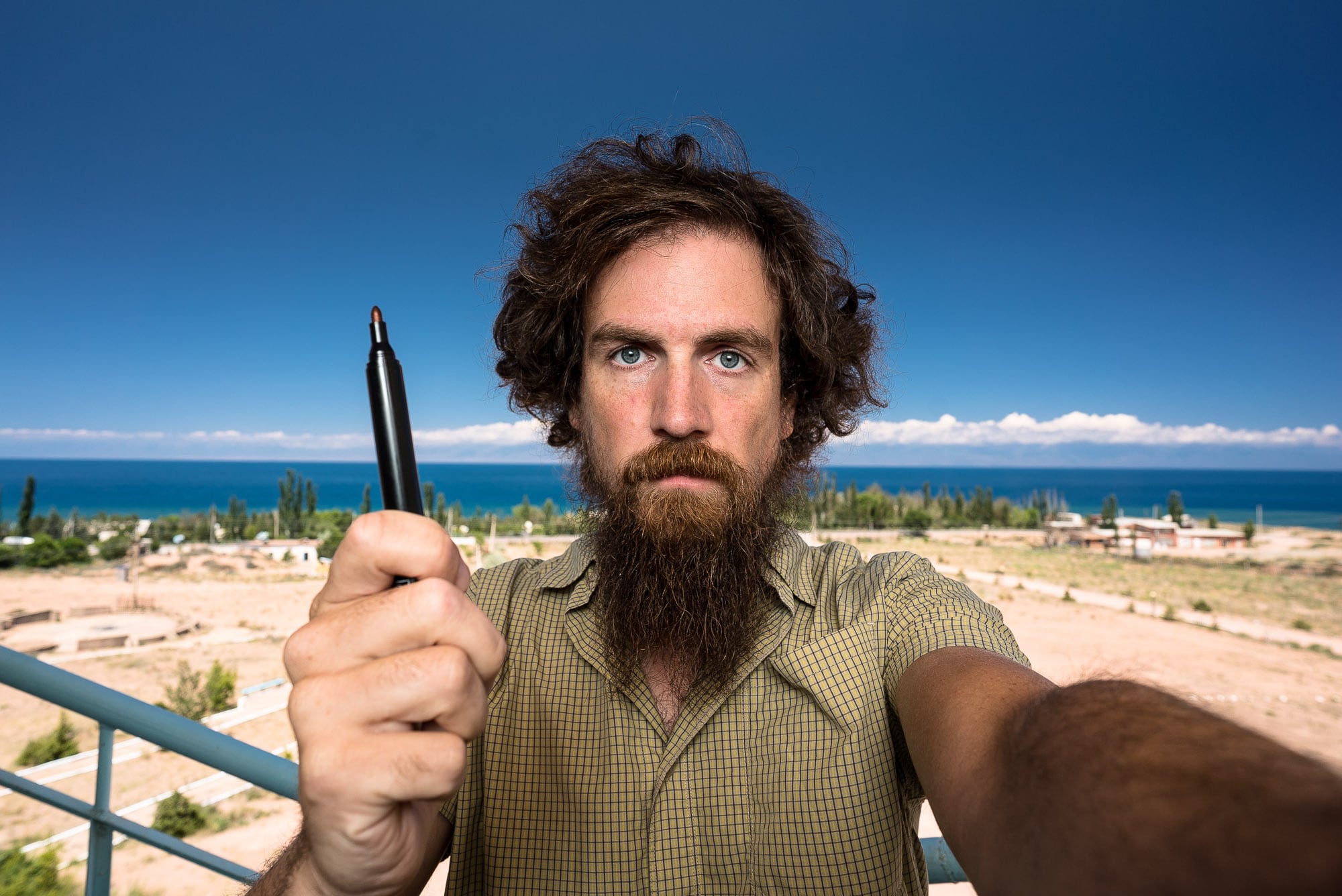 Then I took a marshrutka back to Bishkek: 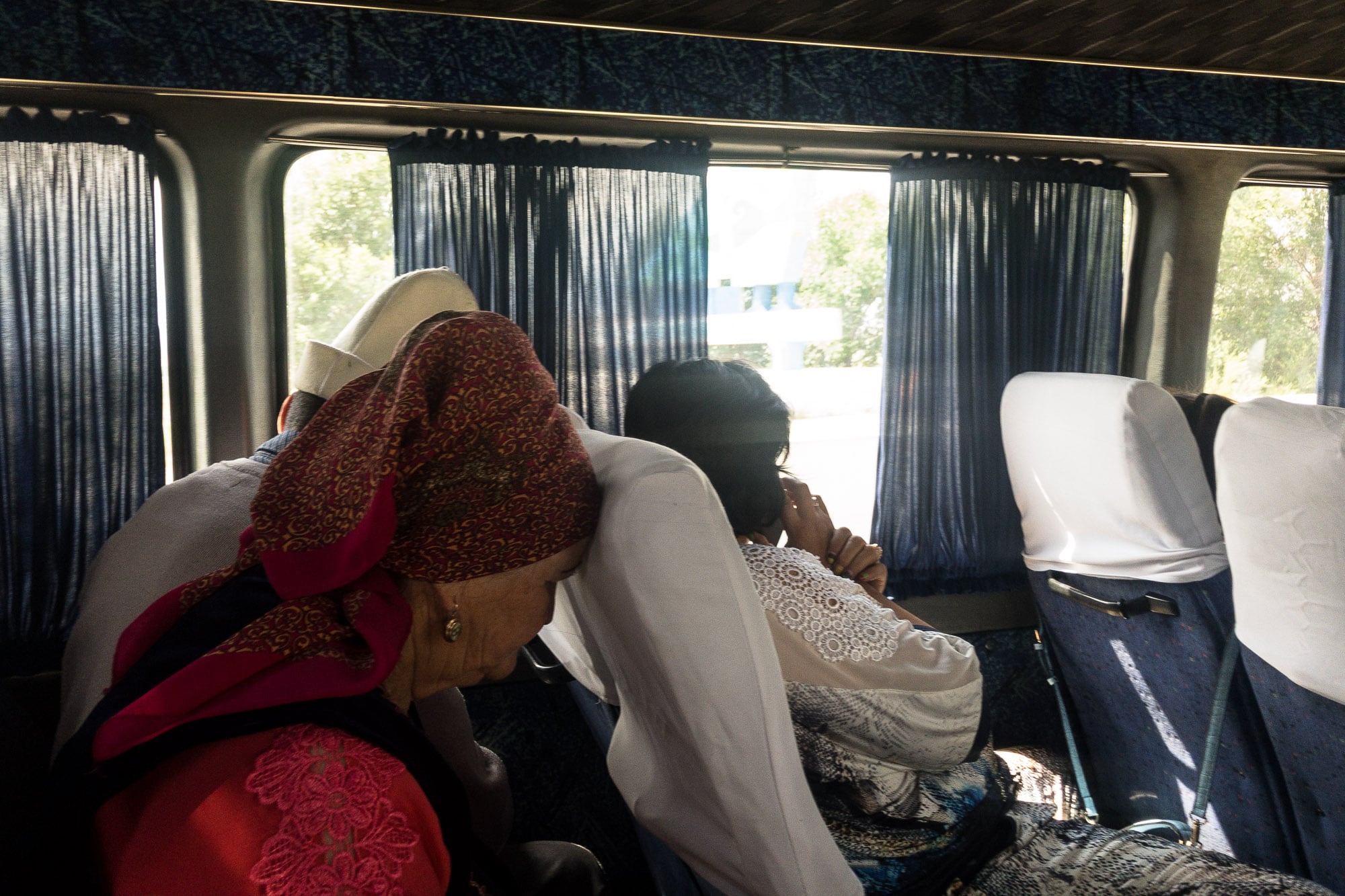 I had some business left to take care of. I’ll tell you more about it later.

And while I was in a shopping mall looking for a spoon and a pack of good green tea, I noticed this: 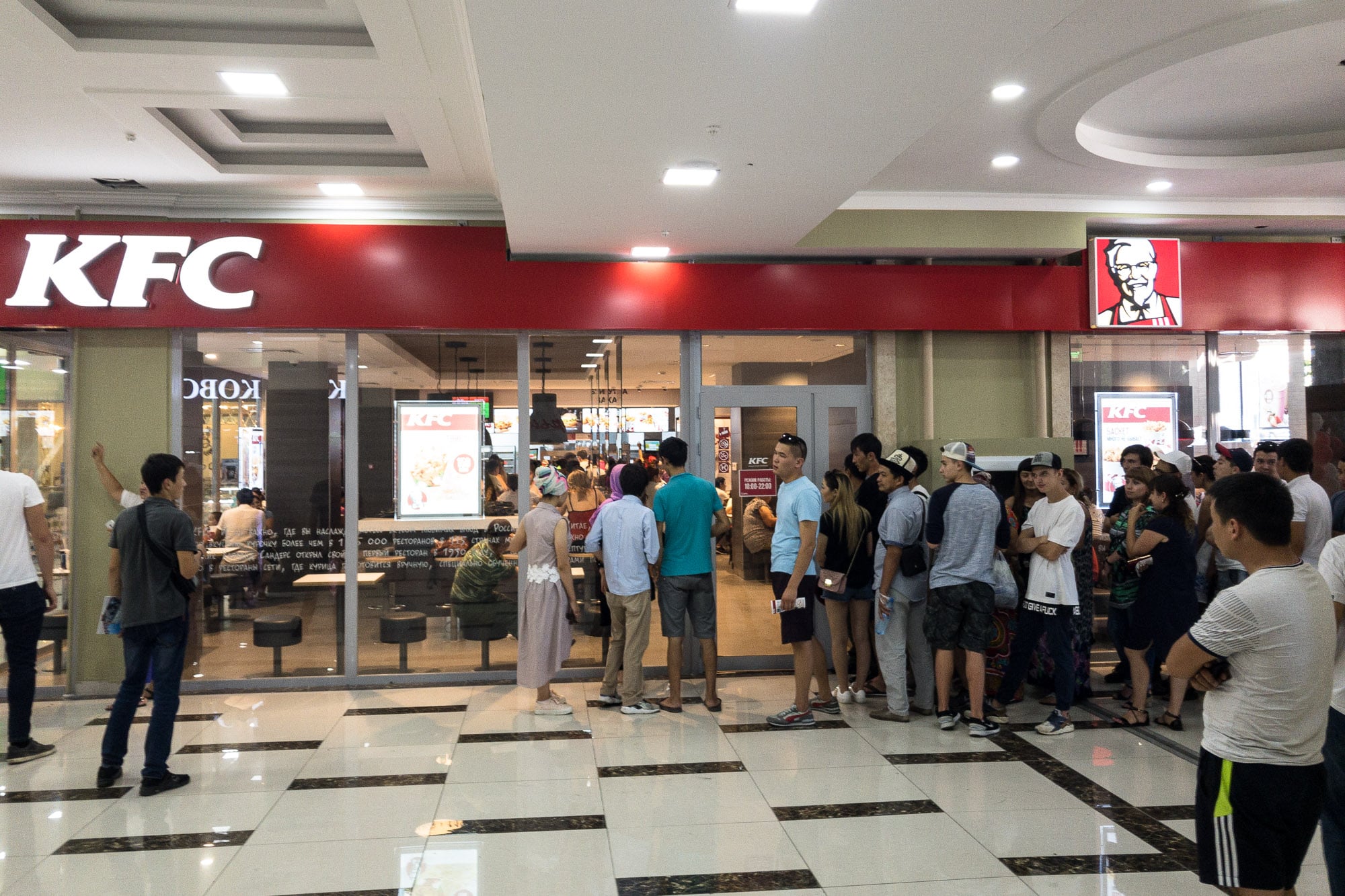 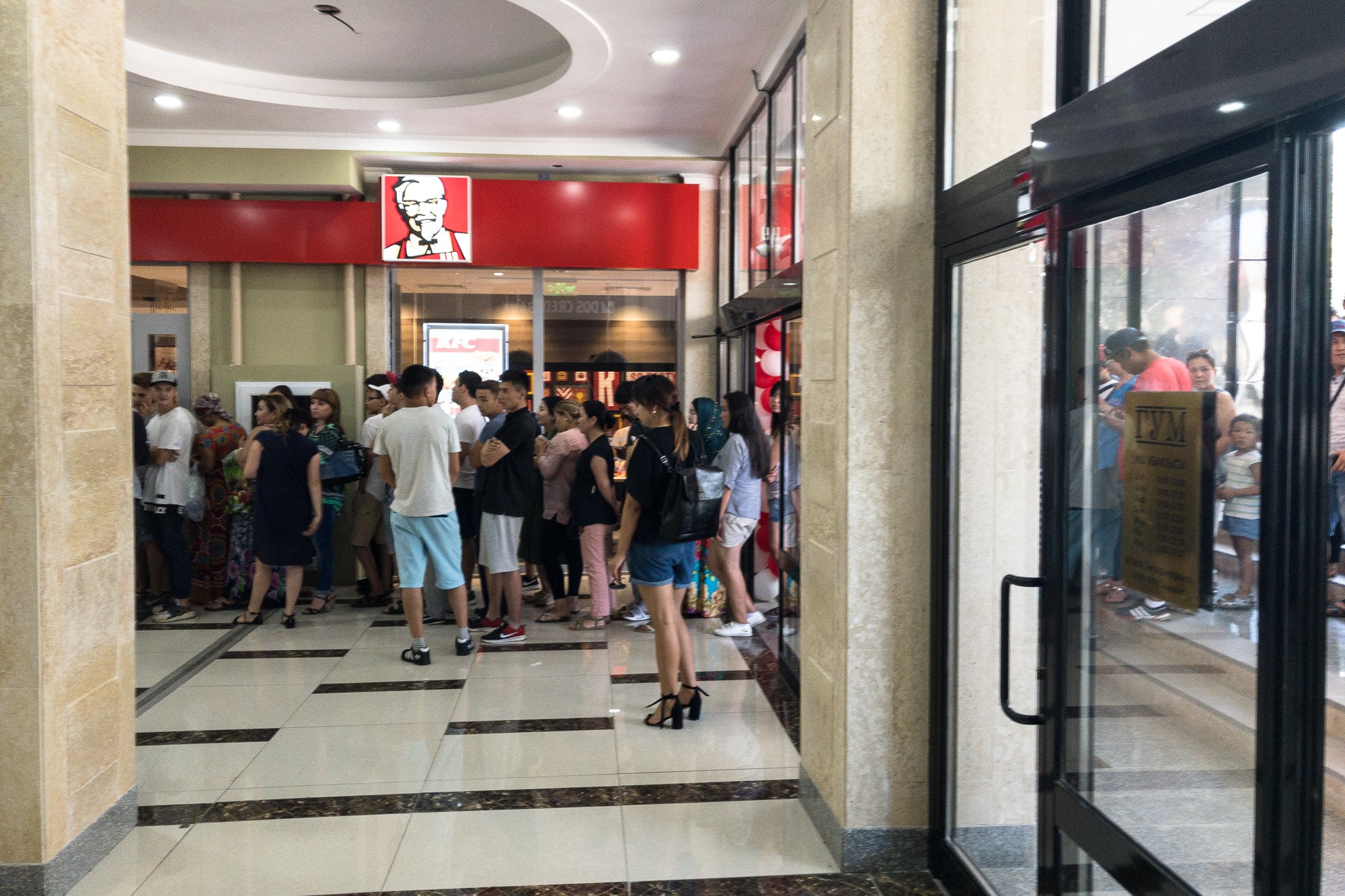 I laughed. The people here had such tasty lagman and ganfan to choose from, so why would anyone be excited about a fast food chain as bland and tasteless as this? 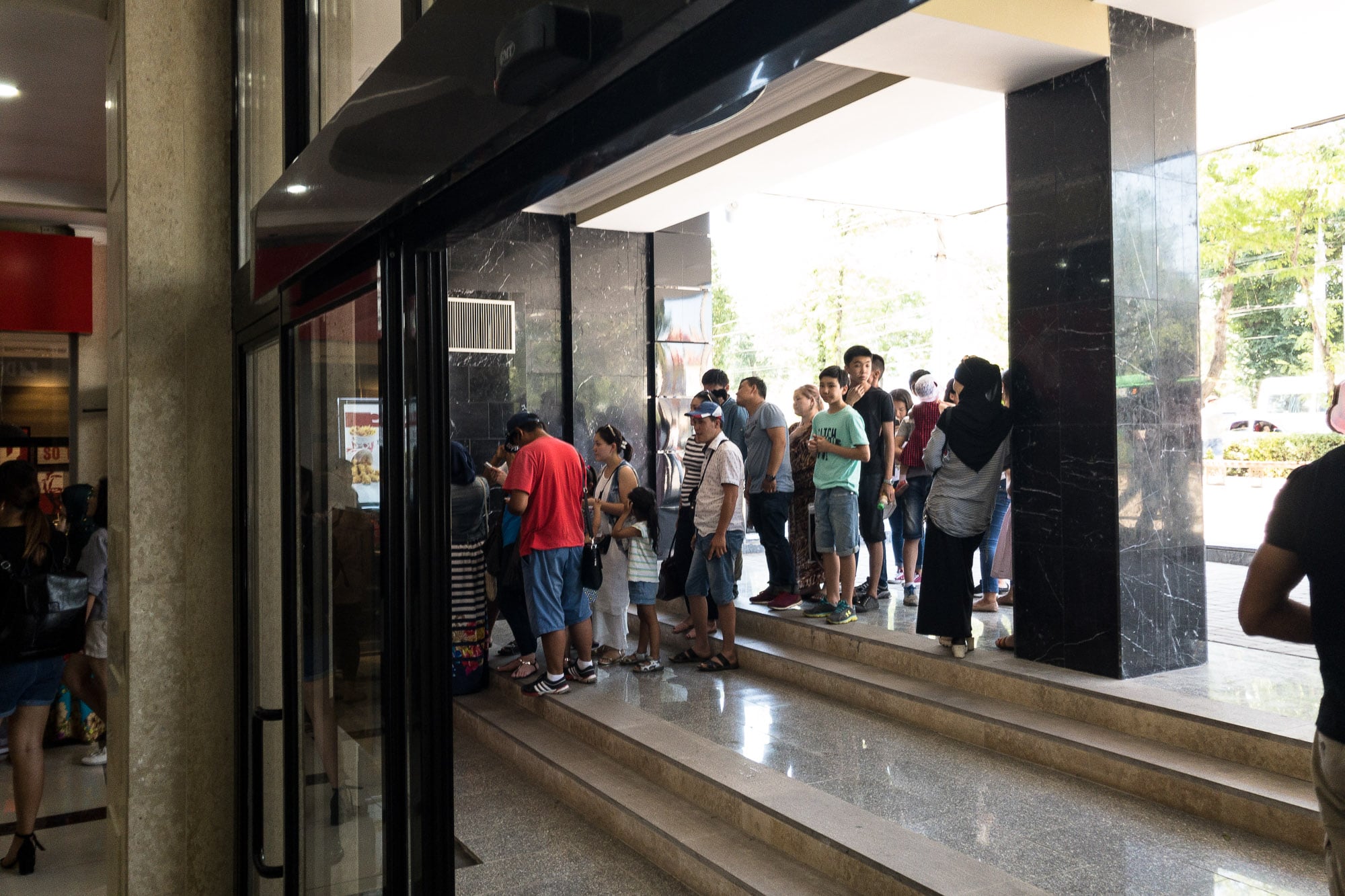 But in hindsight, I think I was wrong. People were excited about new things simply because they were new. This was the same everywhere, from Beijing to Berlin to Butte, Montana.

And there was something else: the people here were excited that a part of the outside world was coming to them. Even if it was just KFC.

When I had taken care of all my things, I got into another marshrutka back to the lake: 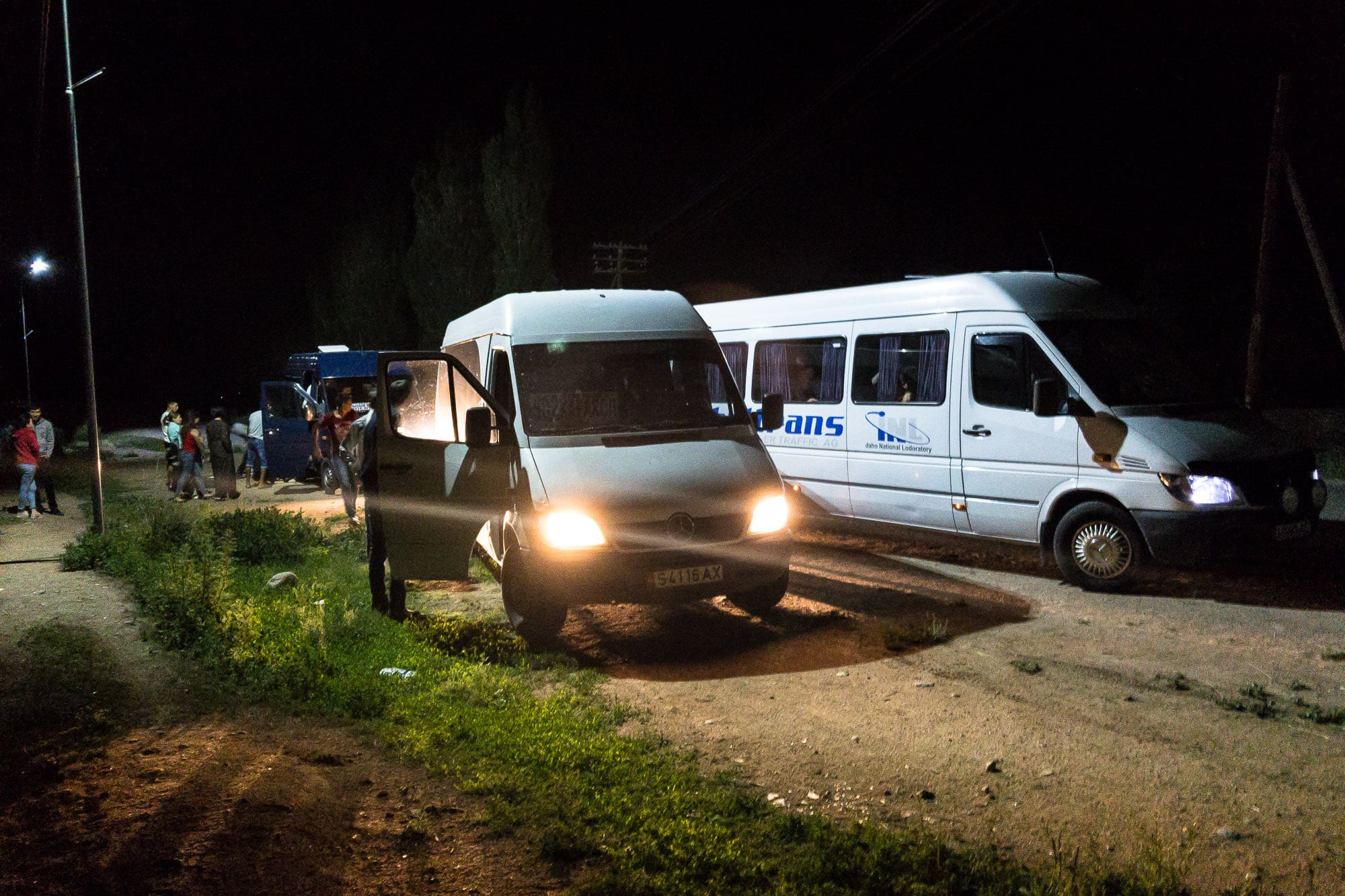 But as you can see in the picture it turned into a rather testing ride, because the marshrutka broke down five or six times on the way.