Got into another marshrutka today: 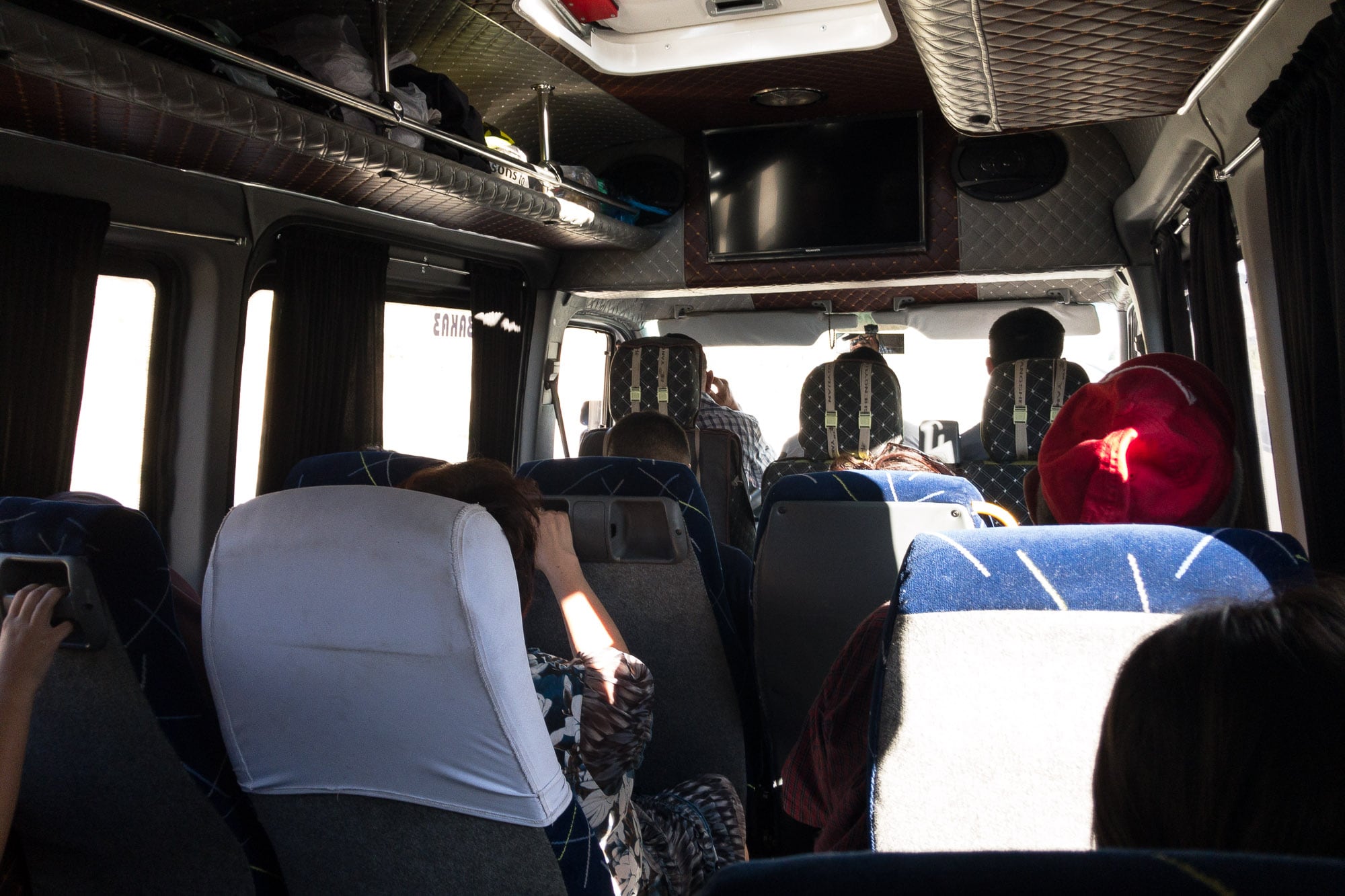 It was going to take me into the mountains and up to lake Issyk-kul. The ride took four hours, and this was my view out of the window: 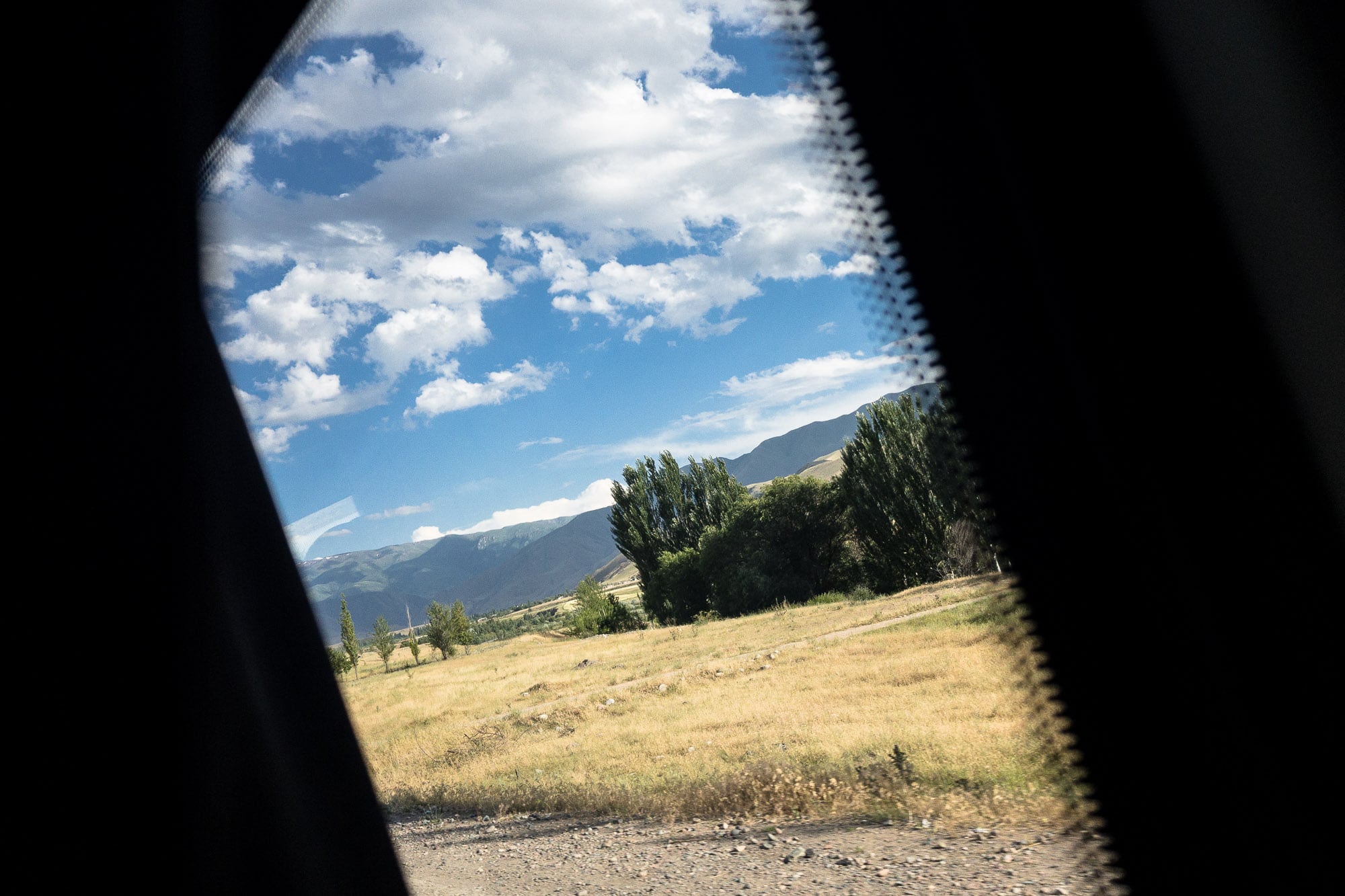 We stopped only once on our way up: 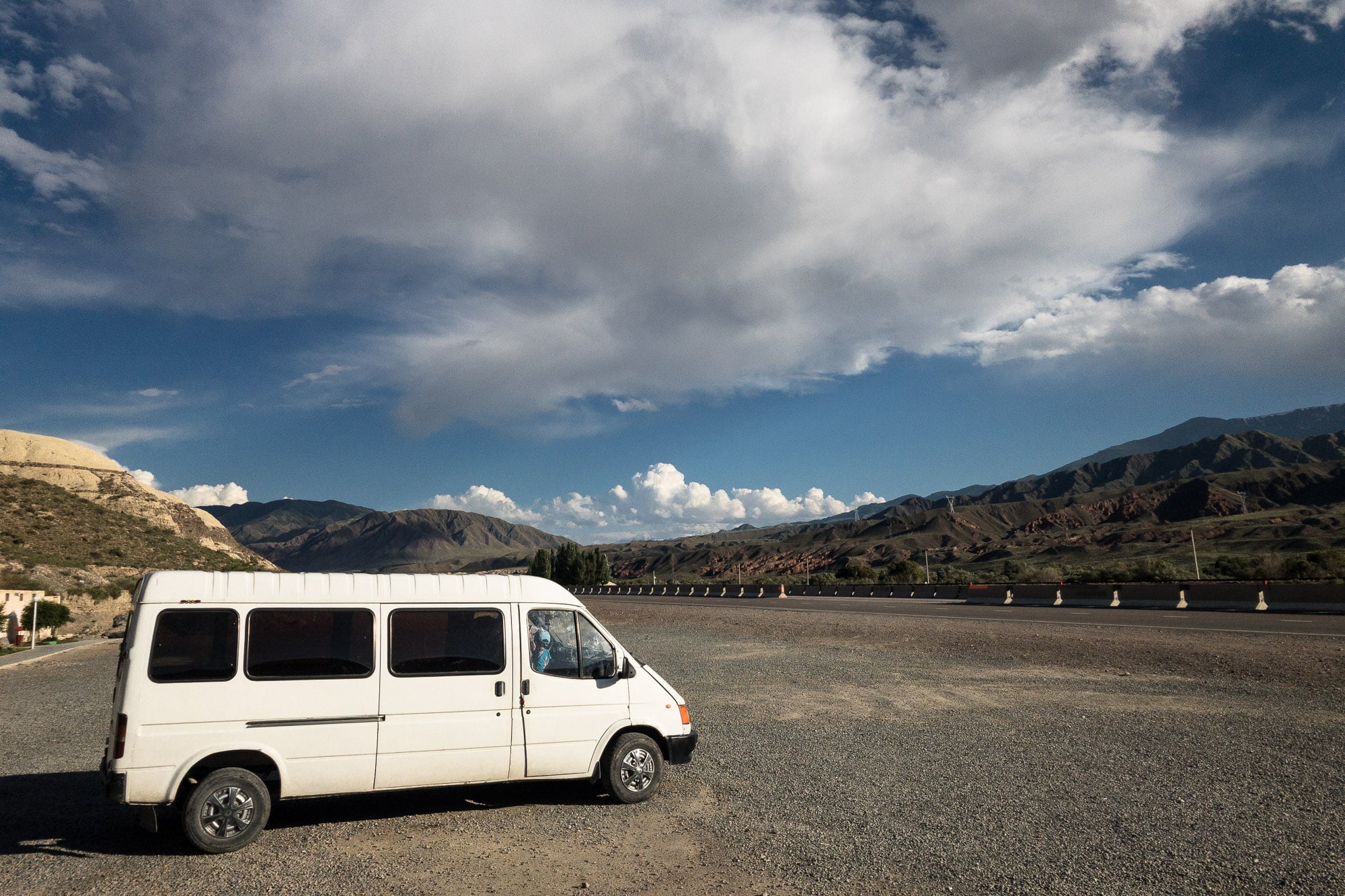 And then I was finally there, in Kaji-Say, a small village on the Southern shore of the lake: 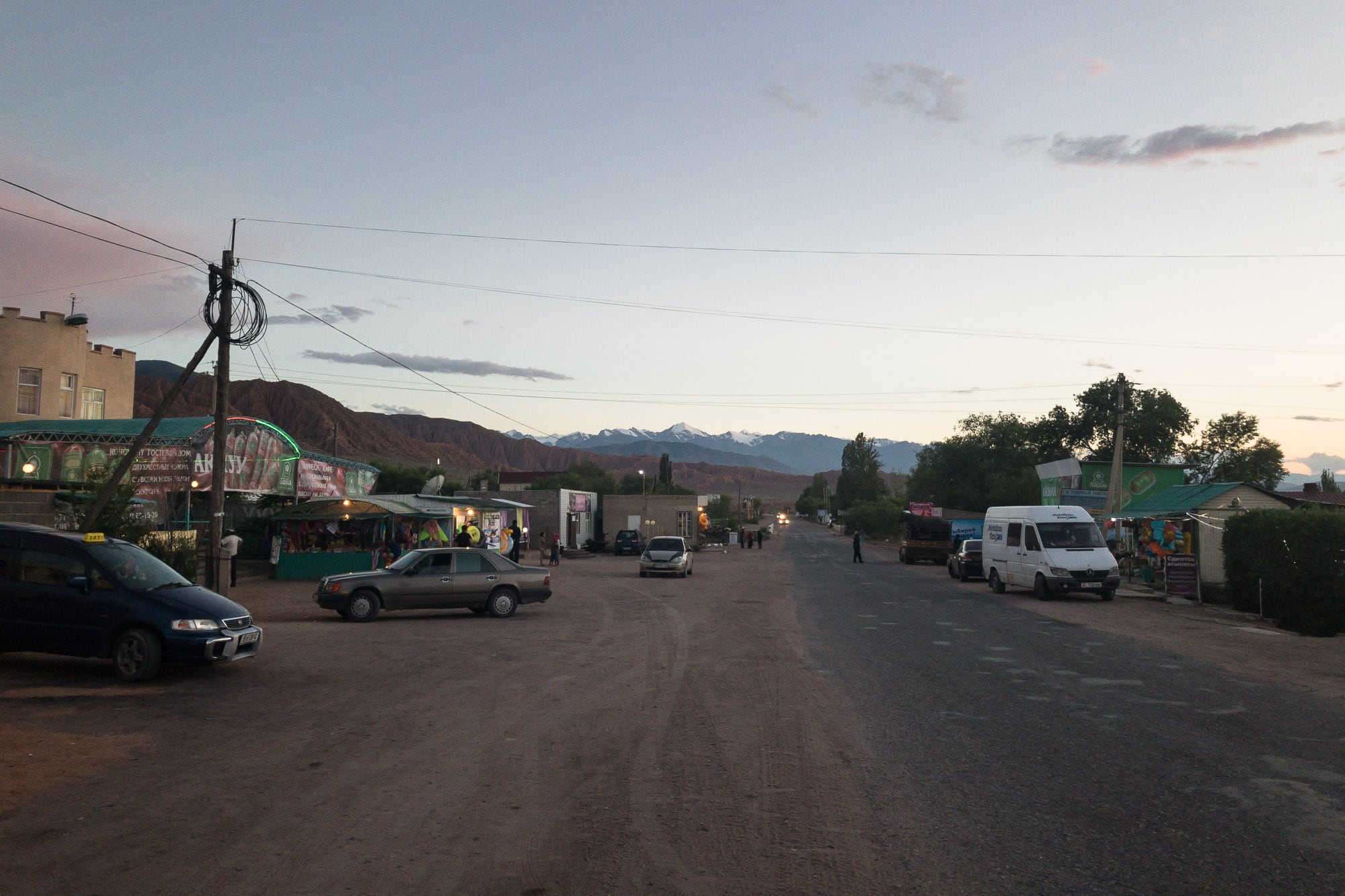 I had been there before, in the fall of 2014, during my first visit to Central Asia.

This was what I had seen back then:

I liked this little place very much.

The old sanatorium where I had stayed that time was still there: 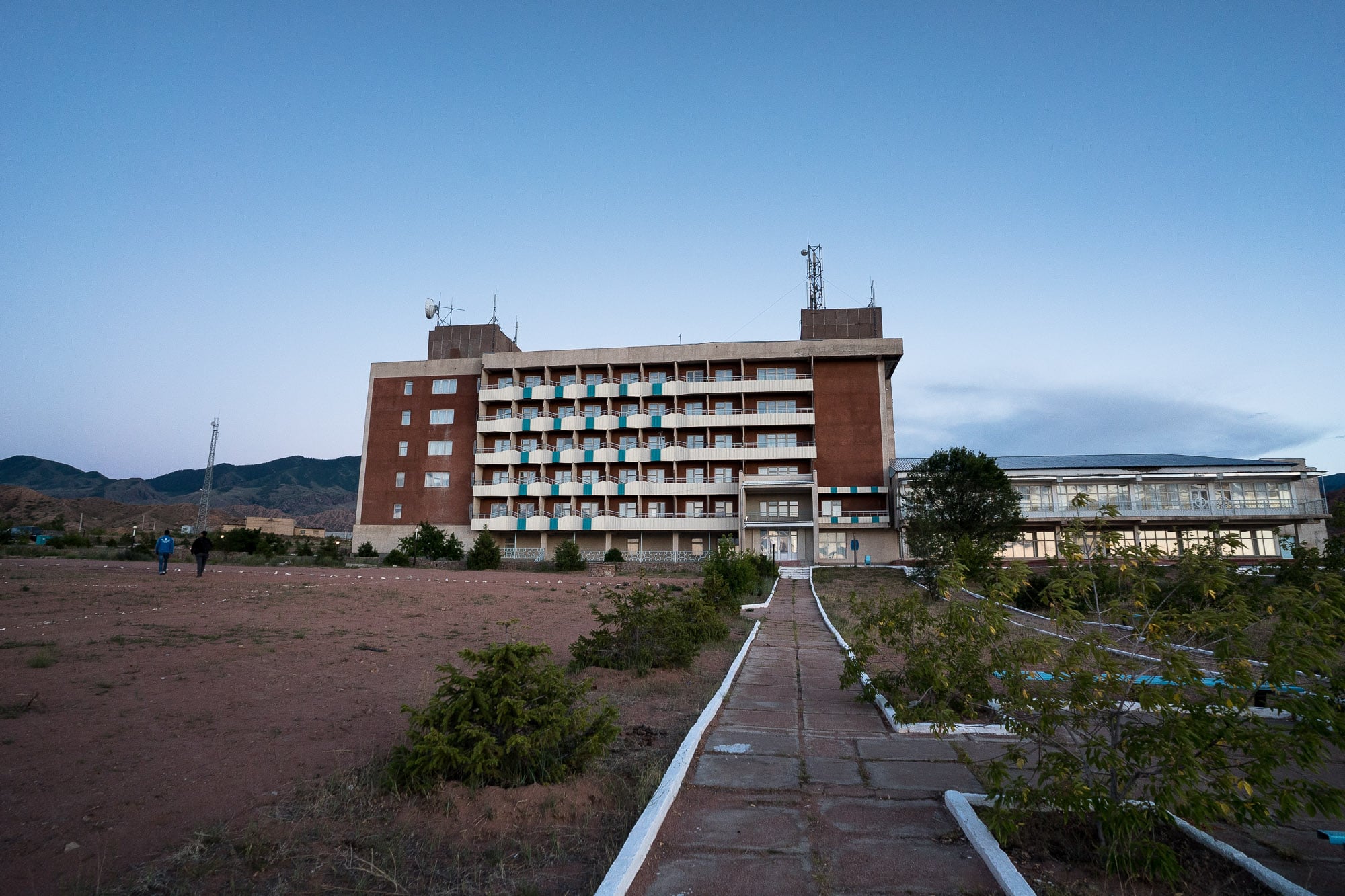 I went up to the door and knocked, but there was no one to be found. In the end a neighbor phoned the owners for me.

We didn’t recognize each other. But I got a room.