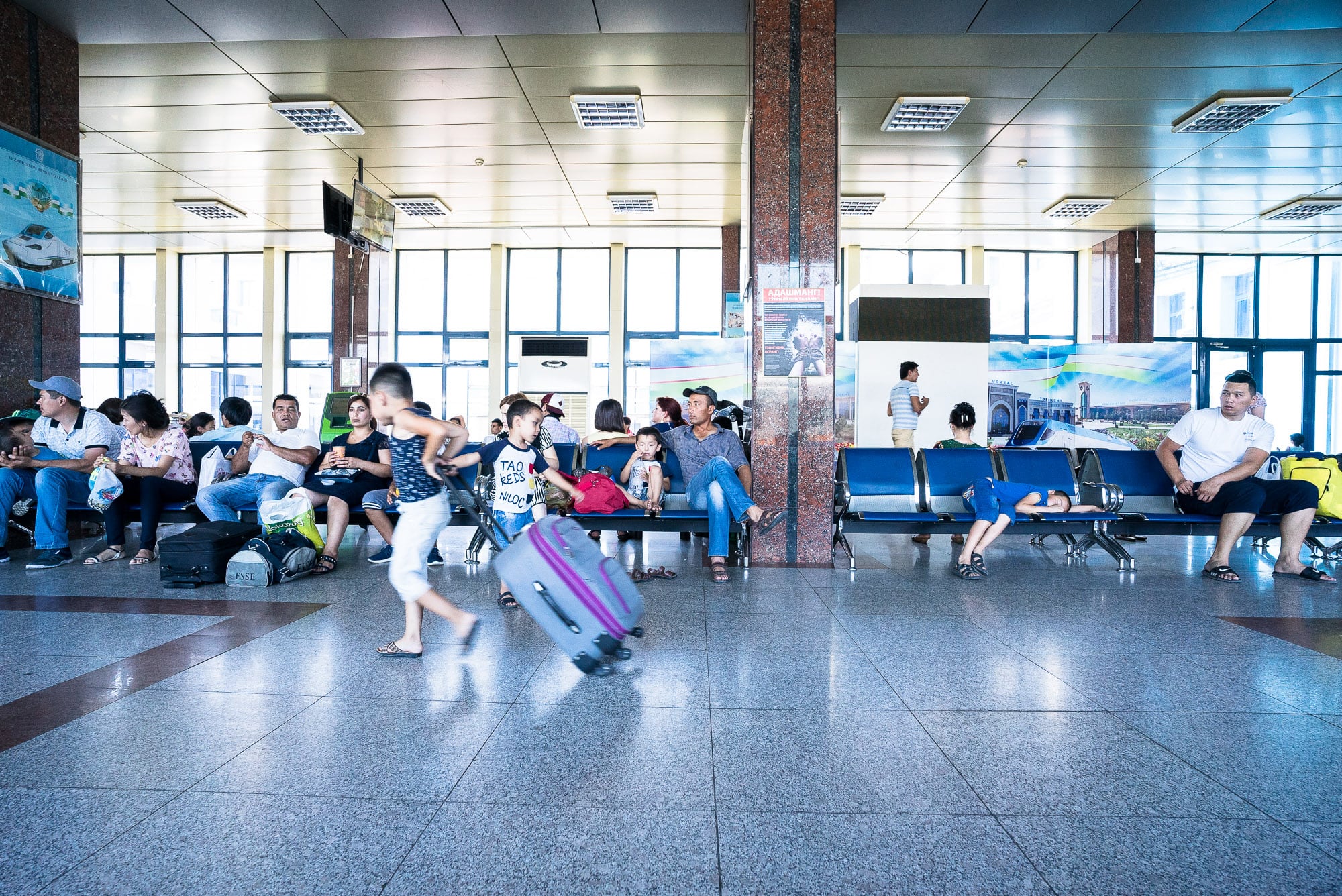 In Uzbekistan, you are told to arrive forty minutes before your train departs. I usually try to be there at least an hour early.

So I hung out in the waiting hall until the train arrived: 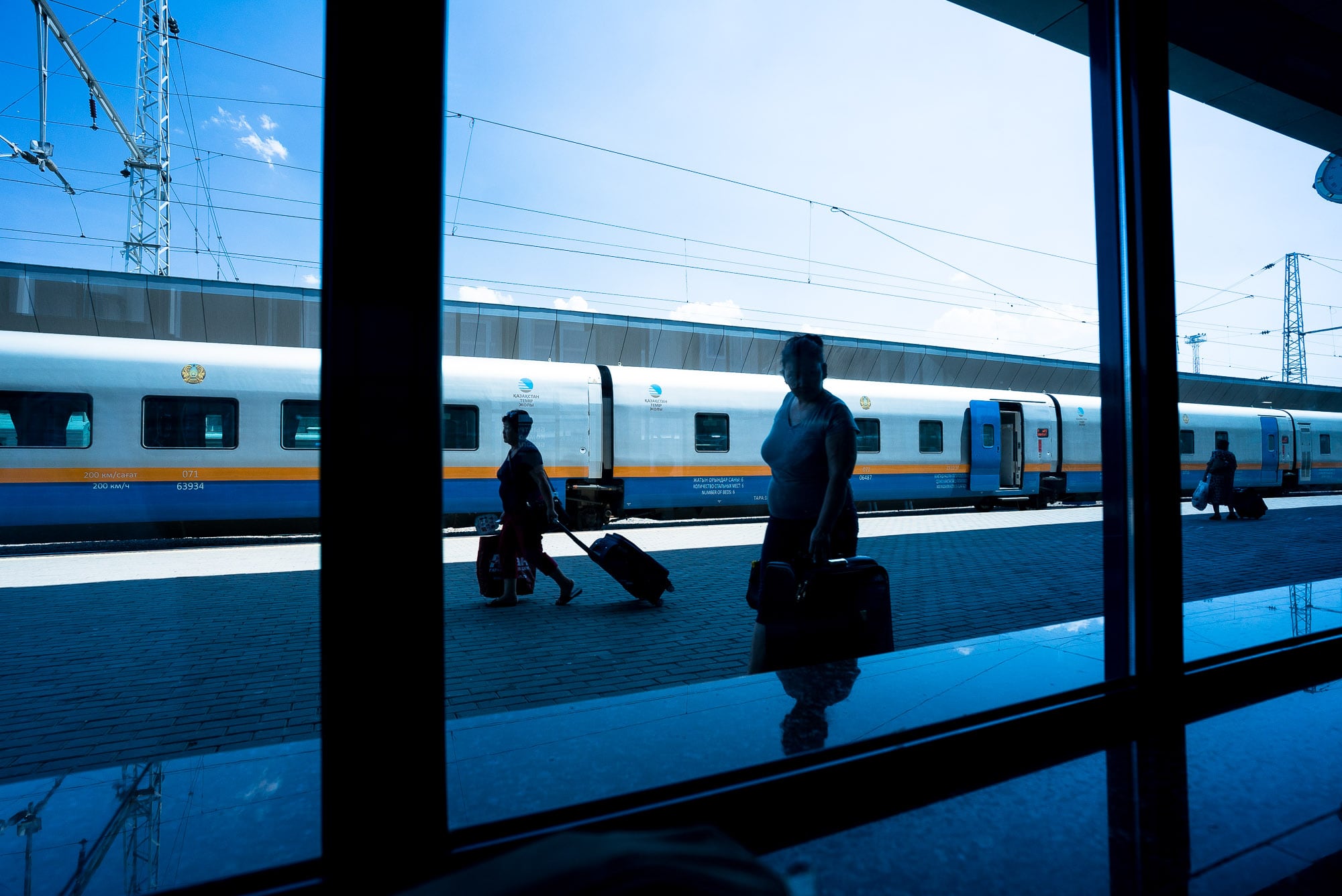 I felt excited – how would our train pass the border? Would we all have to get out with our luggage and walk through a special checkpoint? 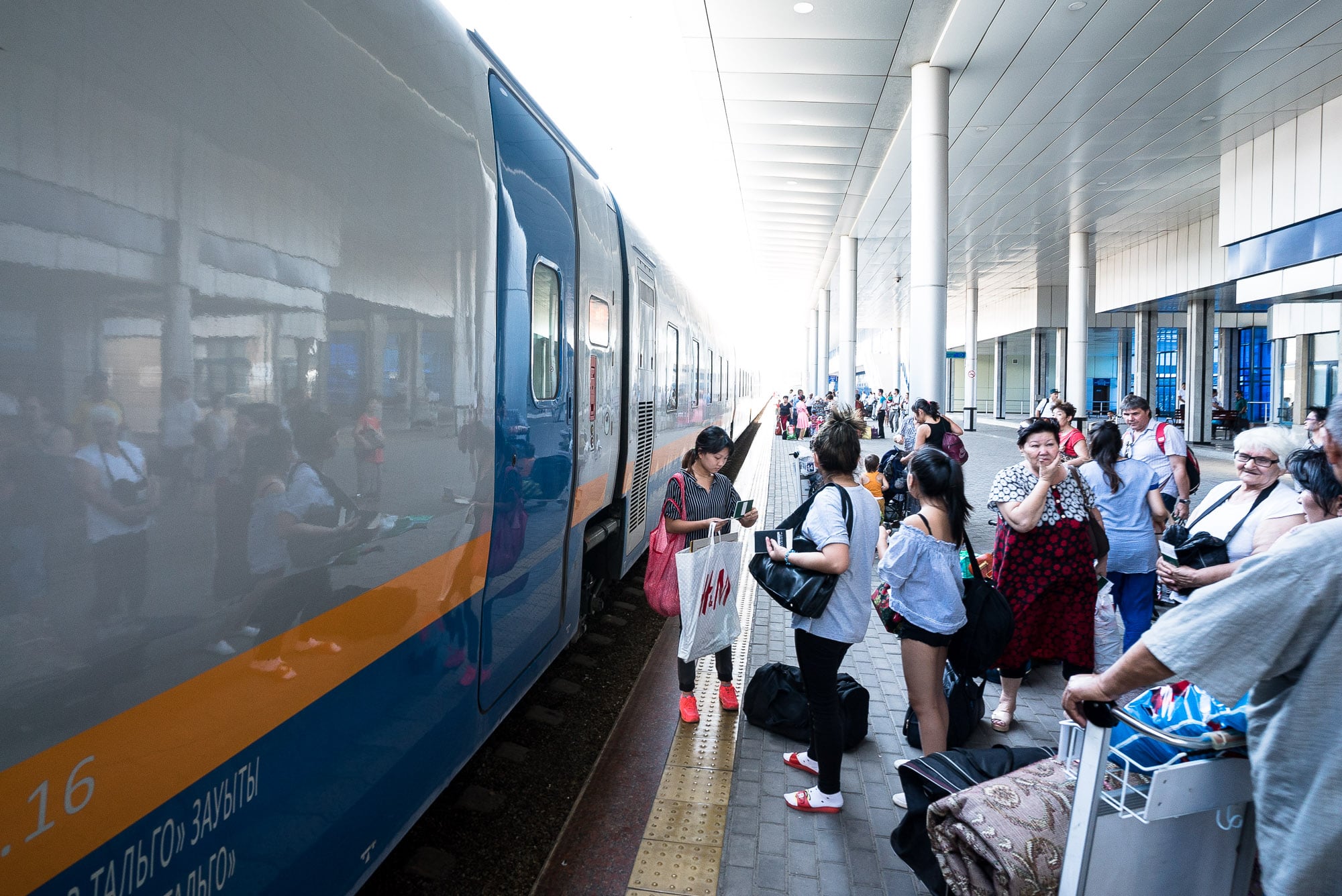 The train turned out to be very nice: 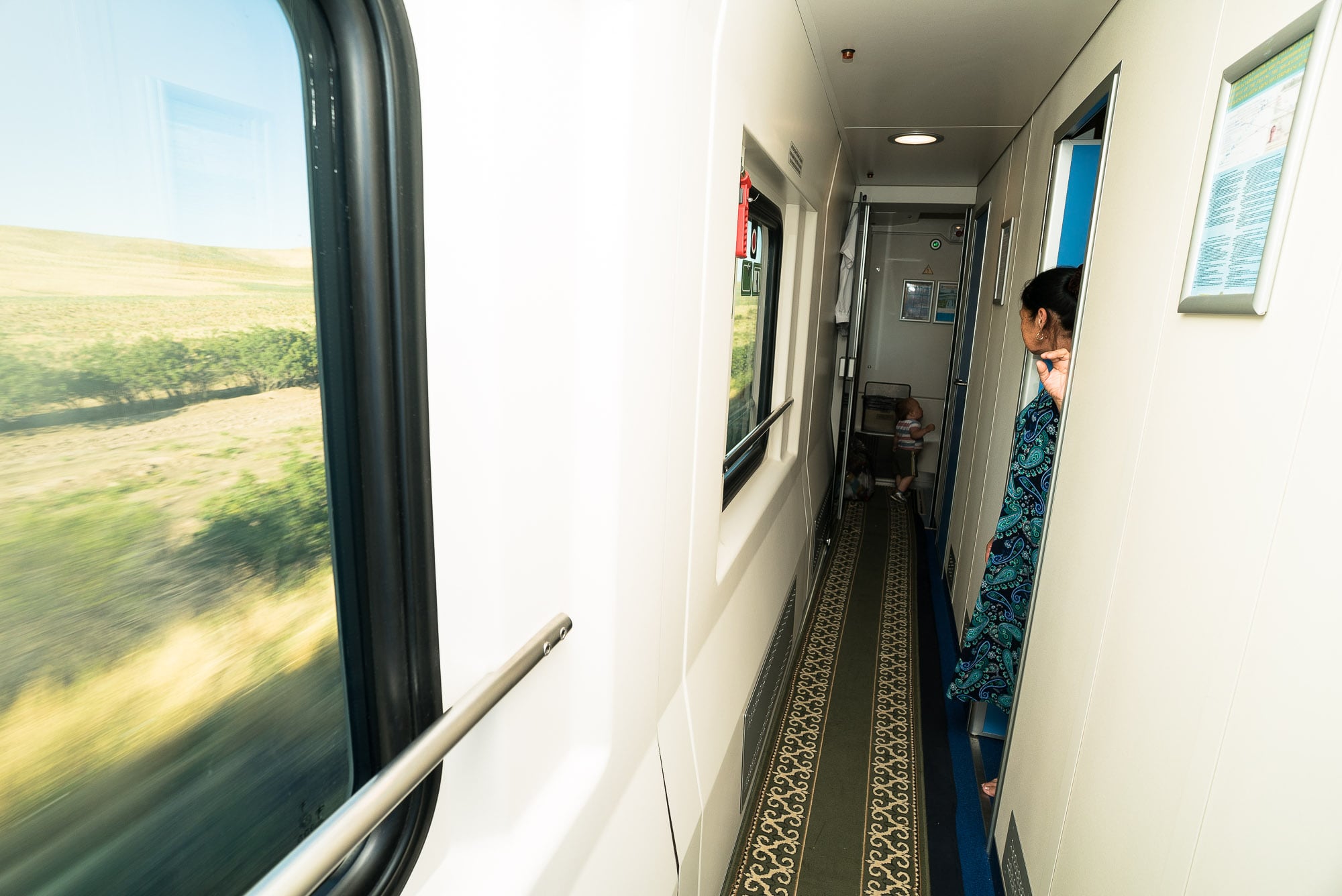 It wasn’t one of those fast bullet trains, but it was new, clean, and it had everything you could ask for. Even the beds were quite comfy: 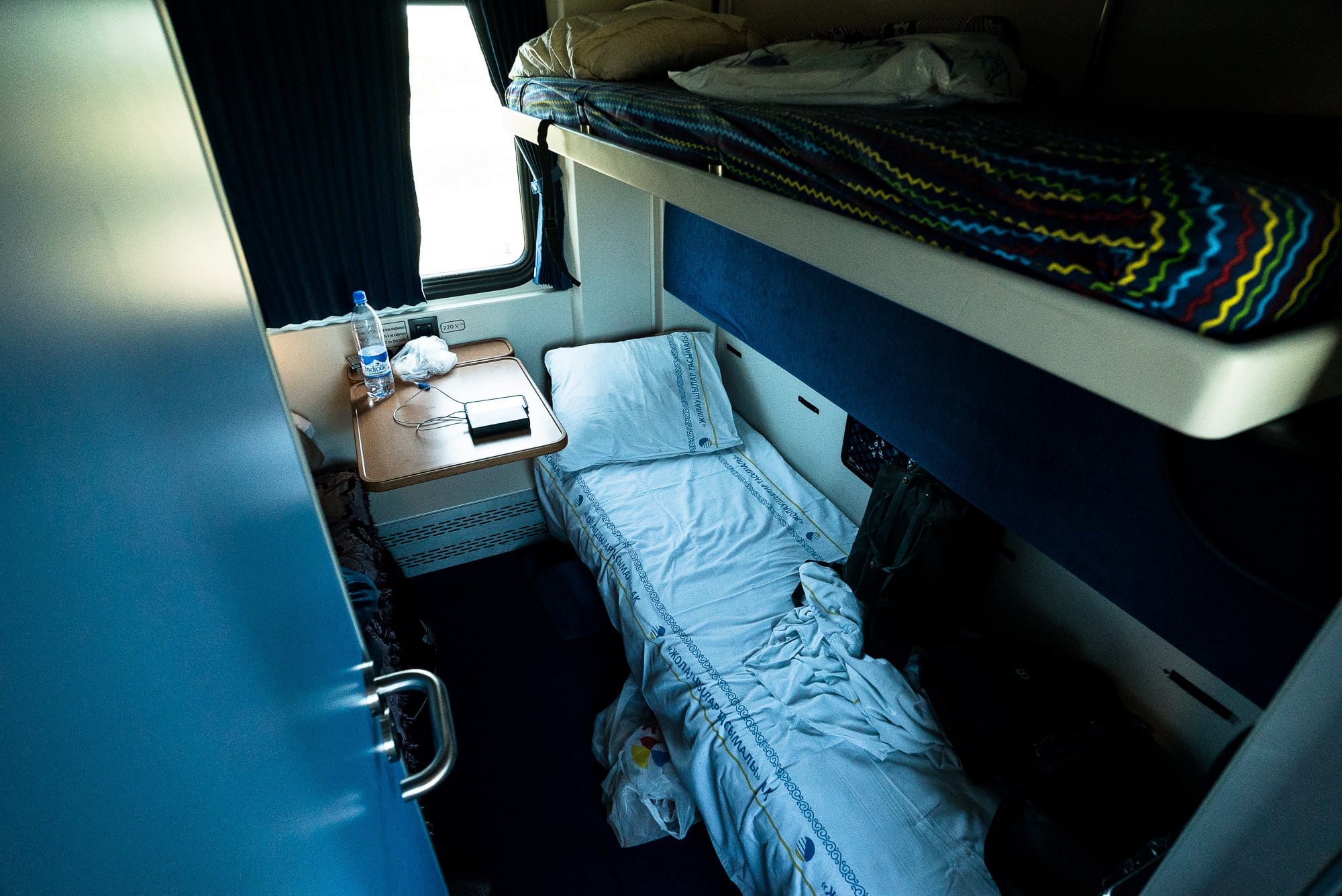 We rode for about thirty minutes, then we came to a halt. We were supposed to remain in our seats while Uzbek border guards checked our papers, looked at our luggage, and had dogs sniff for drugs. Then they made way for the Kazakh border guards who did the exact same thing over again: 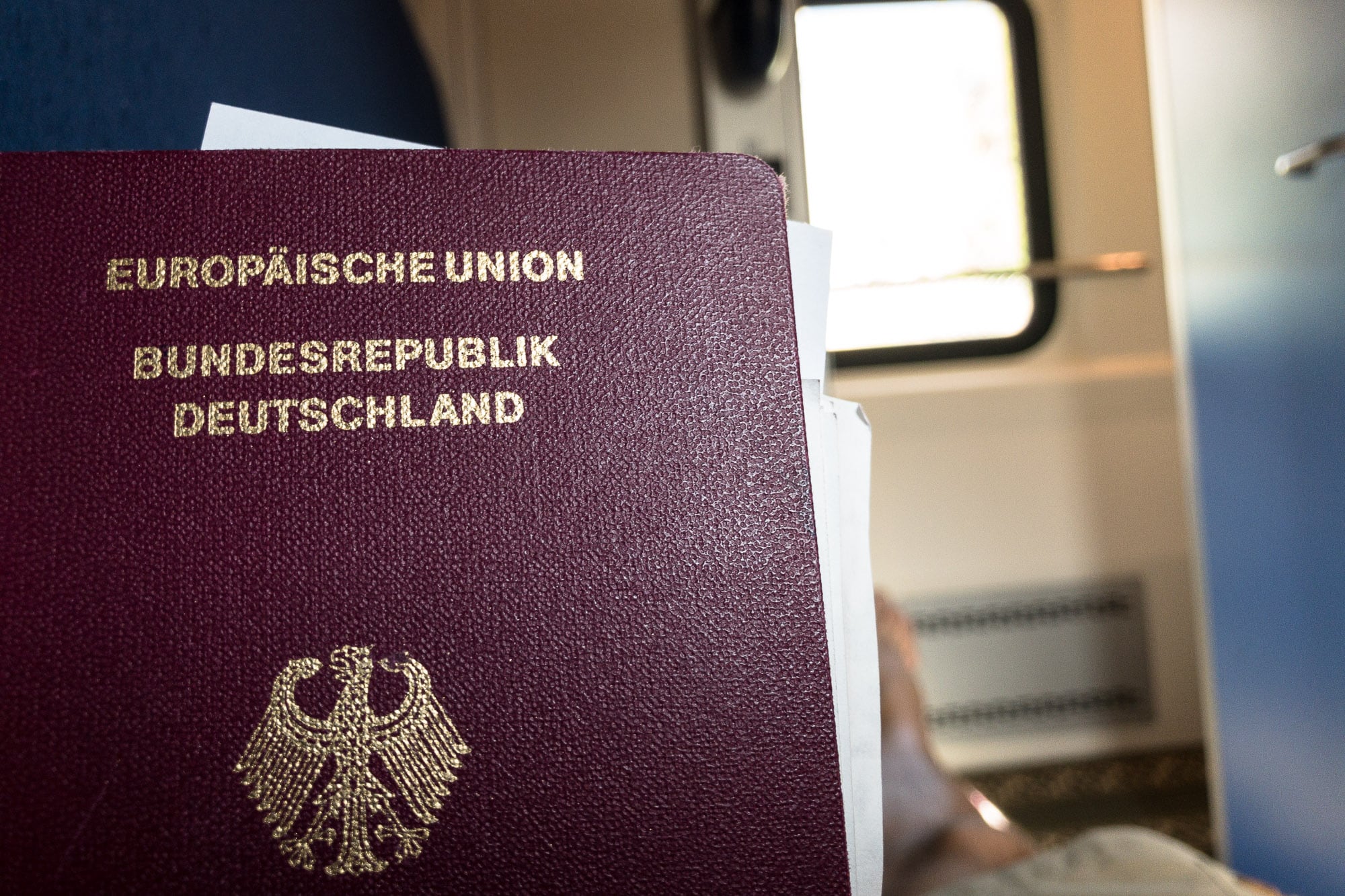 When we were past the border and in Kazakhstan, I looked out the window and saw the steppe that I had walked through many months ago: 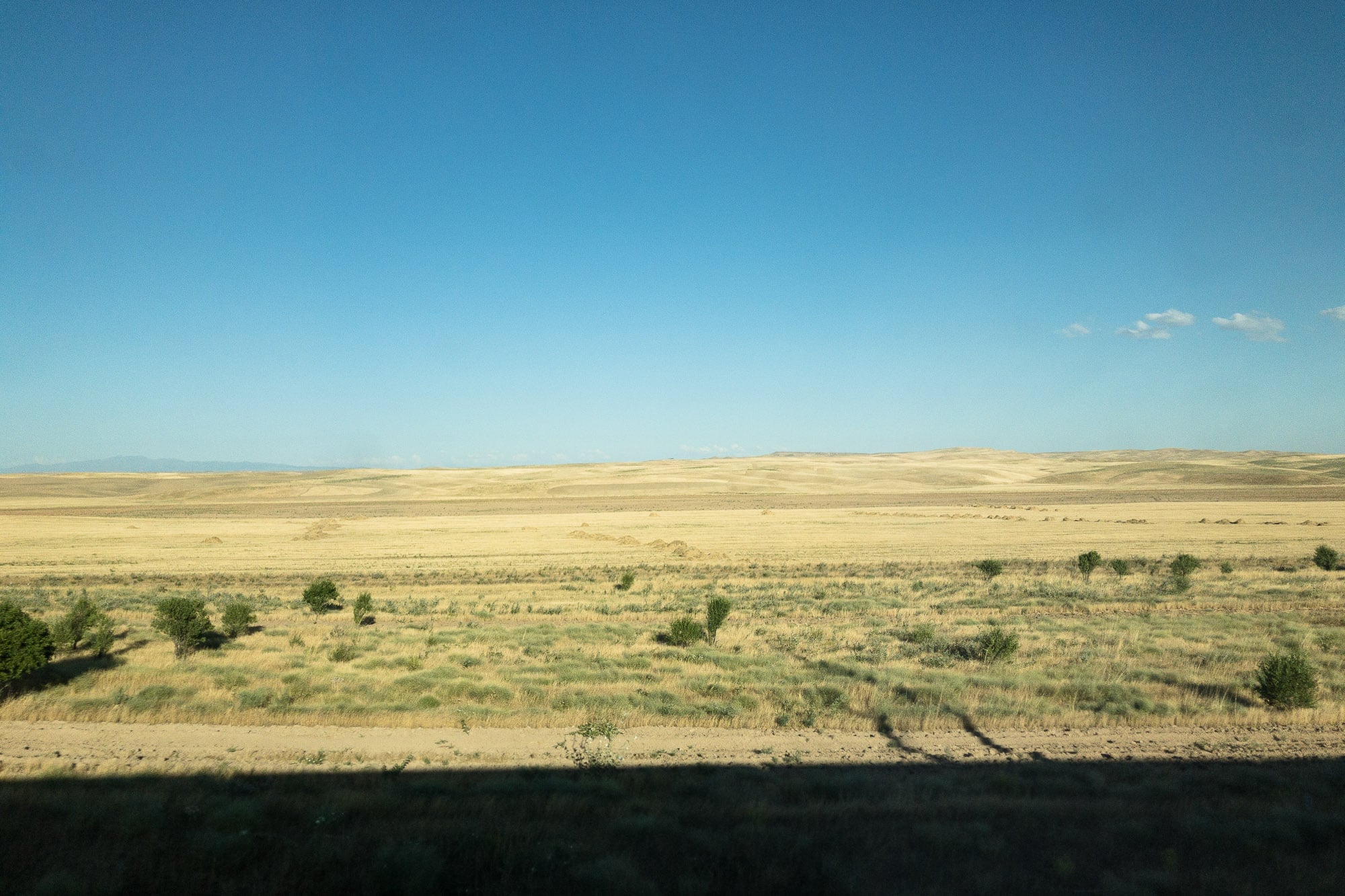 Once we stopped for a little while, and stepping out of the train to catch some air, I noticed that we were in Aksukent: 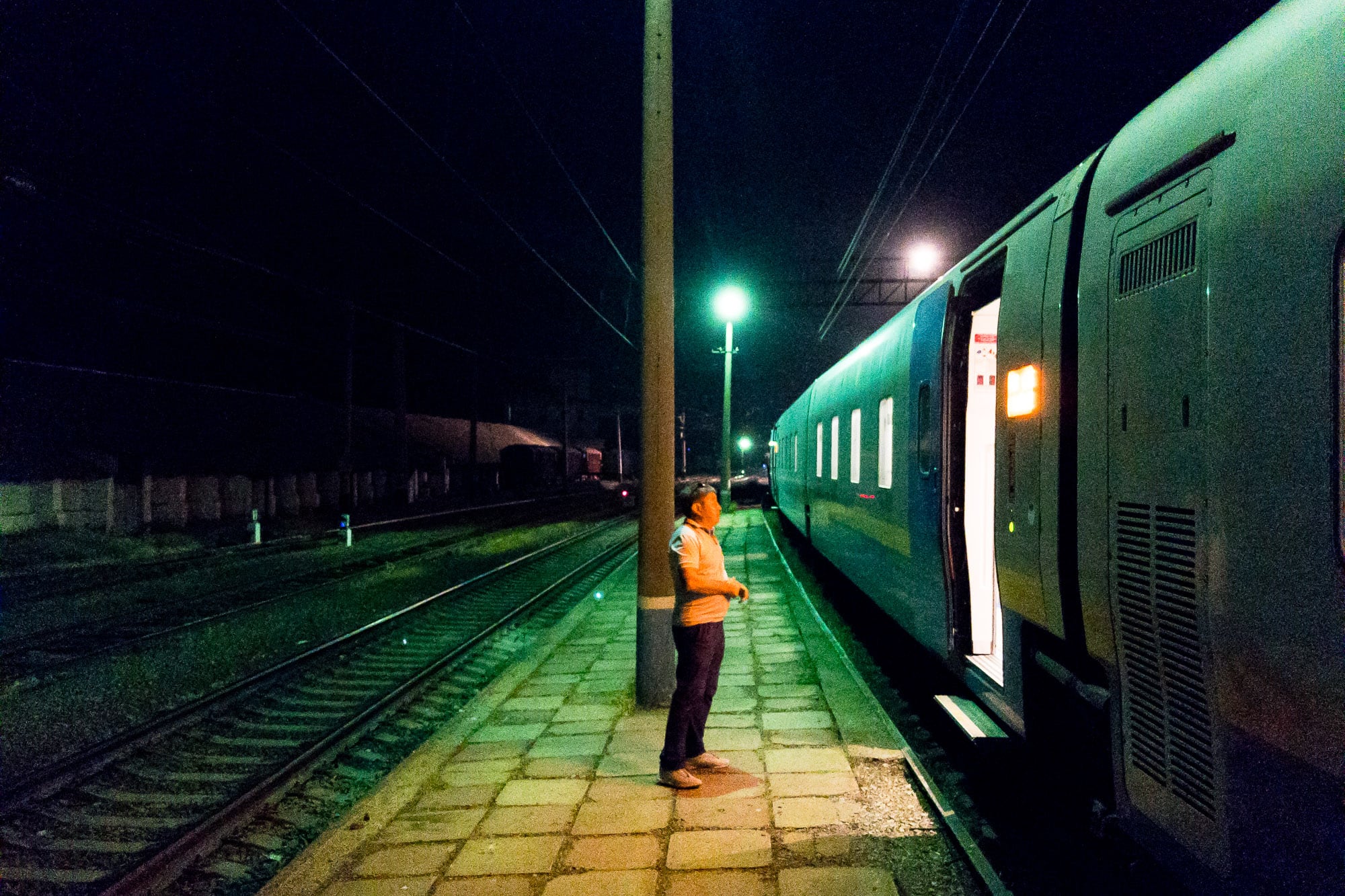 I had slept not far from the place where I was standing right now, in a small hotel right next to the train station, on a cold day in October.

It was an odd feeling, like meeting previous myself on the road.

Then the conductor called me back into the train, and we continued riding through the night.

Day 787
in somewhere in Kazakhstan