With the rejection of my third attempt at getting a Turkmen visa (and her attempt at obtaining a transit visa rejected as well), we started making plans for the weeks ahead.

So we went to the train station and into a three-hour nightmare of a queue: 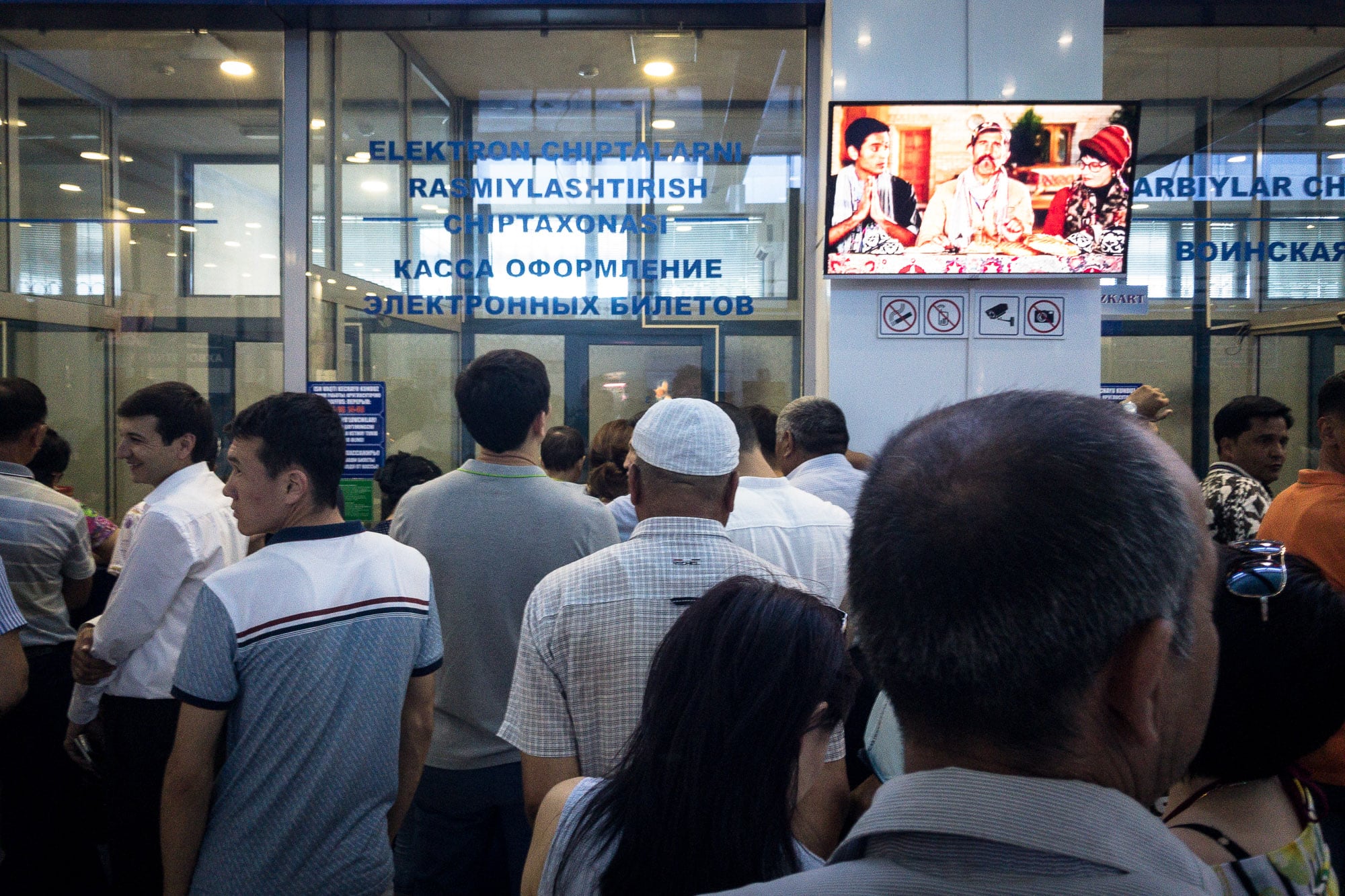 What you do here when you arrive at a counter with a bunch of people waiting already is ask: “who’s last?” The last person to have asked that question before you will then point to themselves, meaning that you only have to watch them. Whenever it’s their turn, you’re going to be next.

This is the theory. But in reality it is much more complicated. There are always people leaving the “queue” and coming back. People leaving without ever coming back. Individuals (mostly old ladies and young men) cutting ahead. People going all the way up to the counter in order to ask a question like “is this the right counter?” or “can you just sell me a ticket now that I’m here anyway?”
It’s a mess, and it takes forever.

But I got my ticket.

On our way back to the guesthouse, we passed a large orthodox church, the Cathedral of the Assumption of the Virgin: 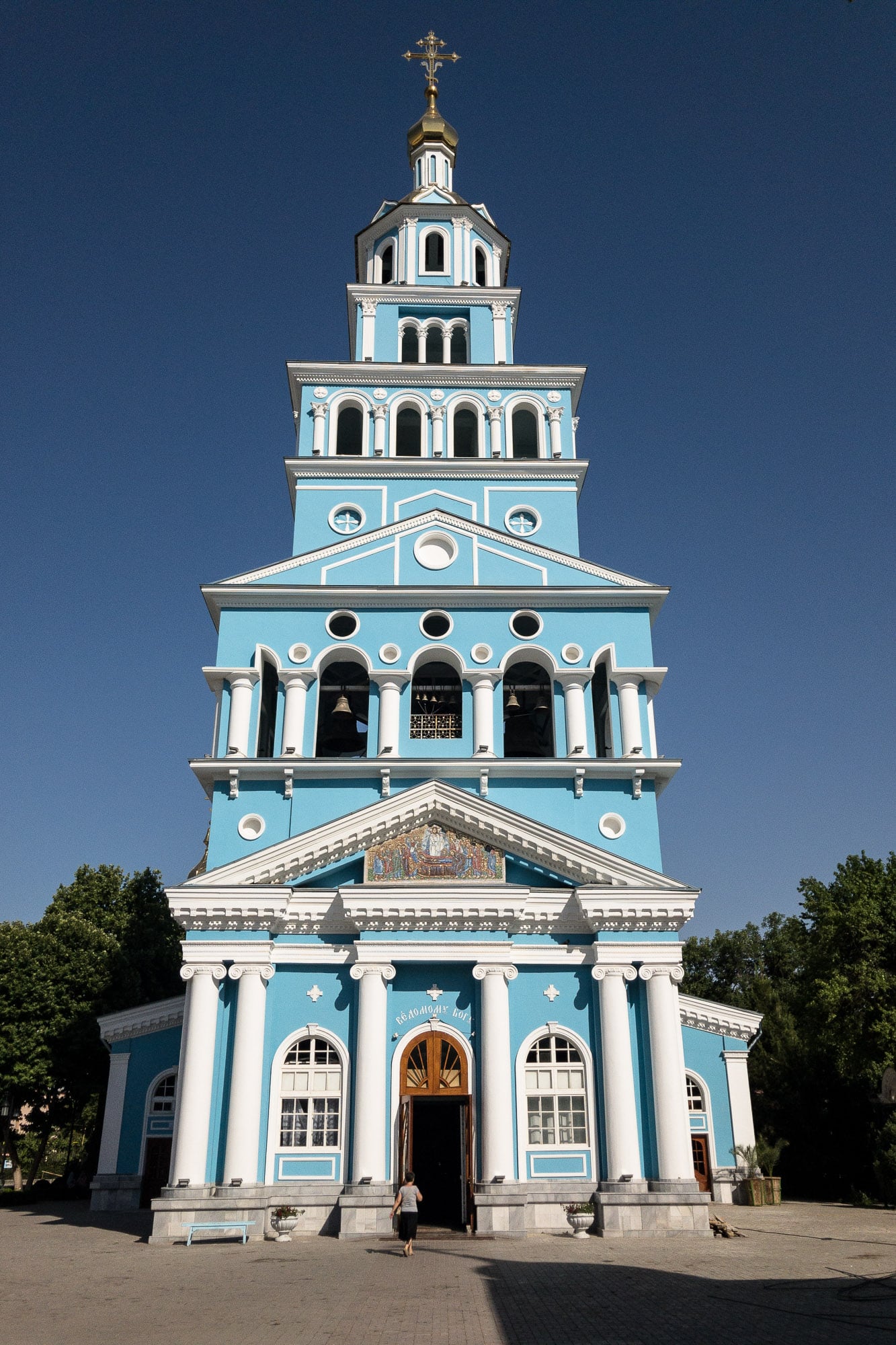 It looked very nice from the outside and the inside: 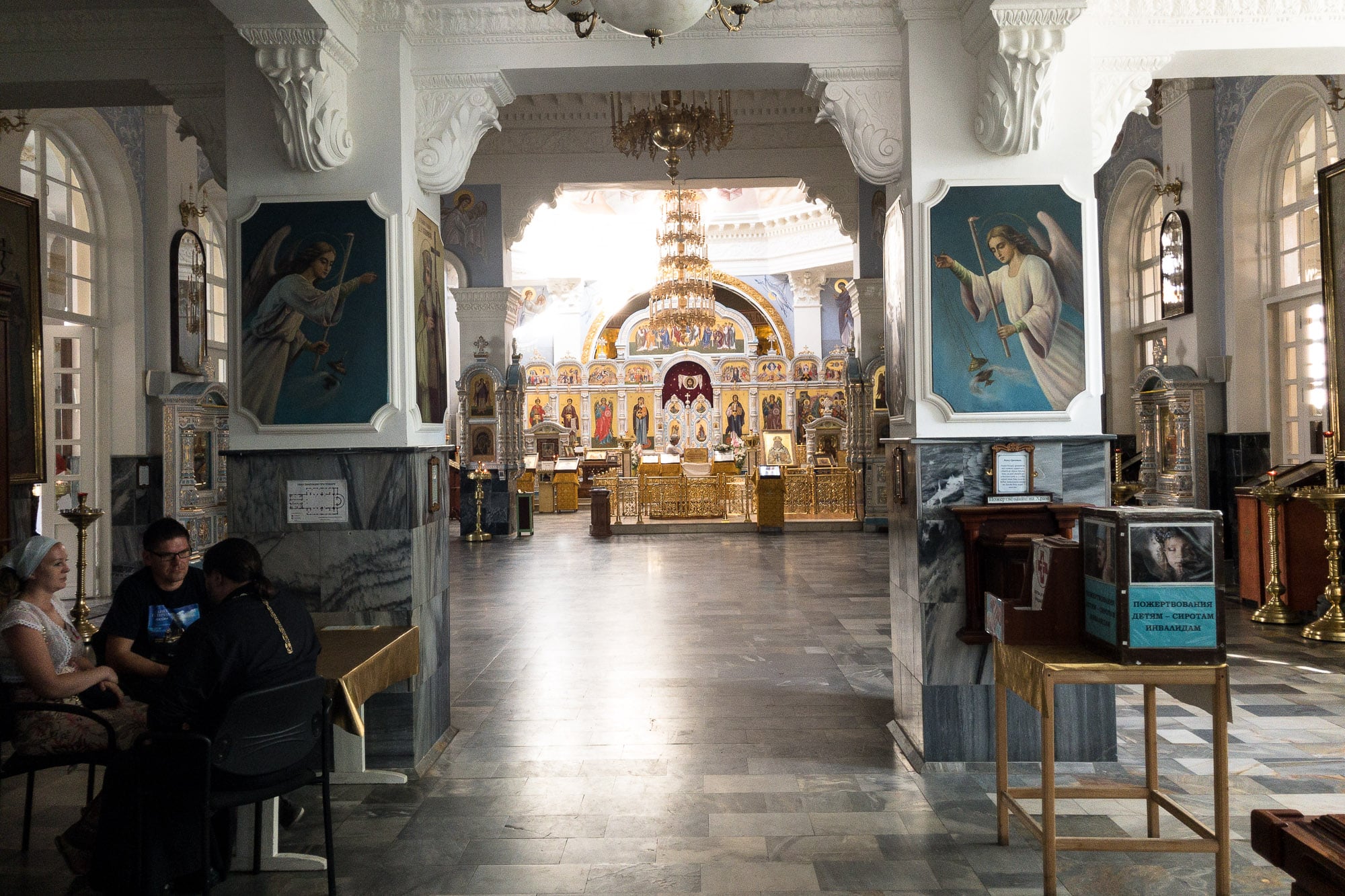 But, in stark contrast to all of the mosques and madrasahs we had visited in Bukhara, Khiva, and Samarkand, this place had a strict dress code: 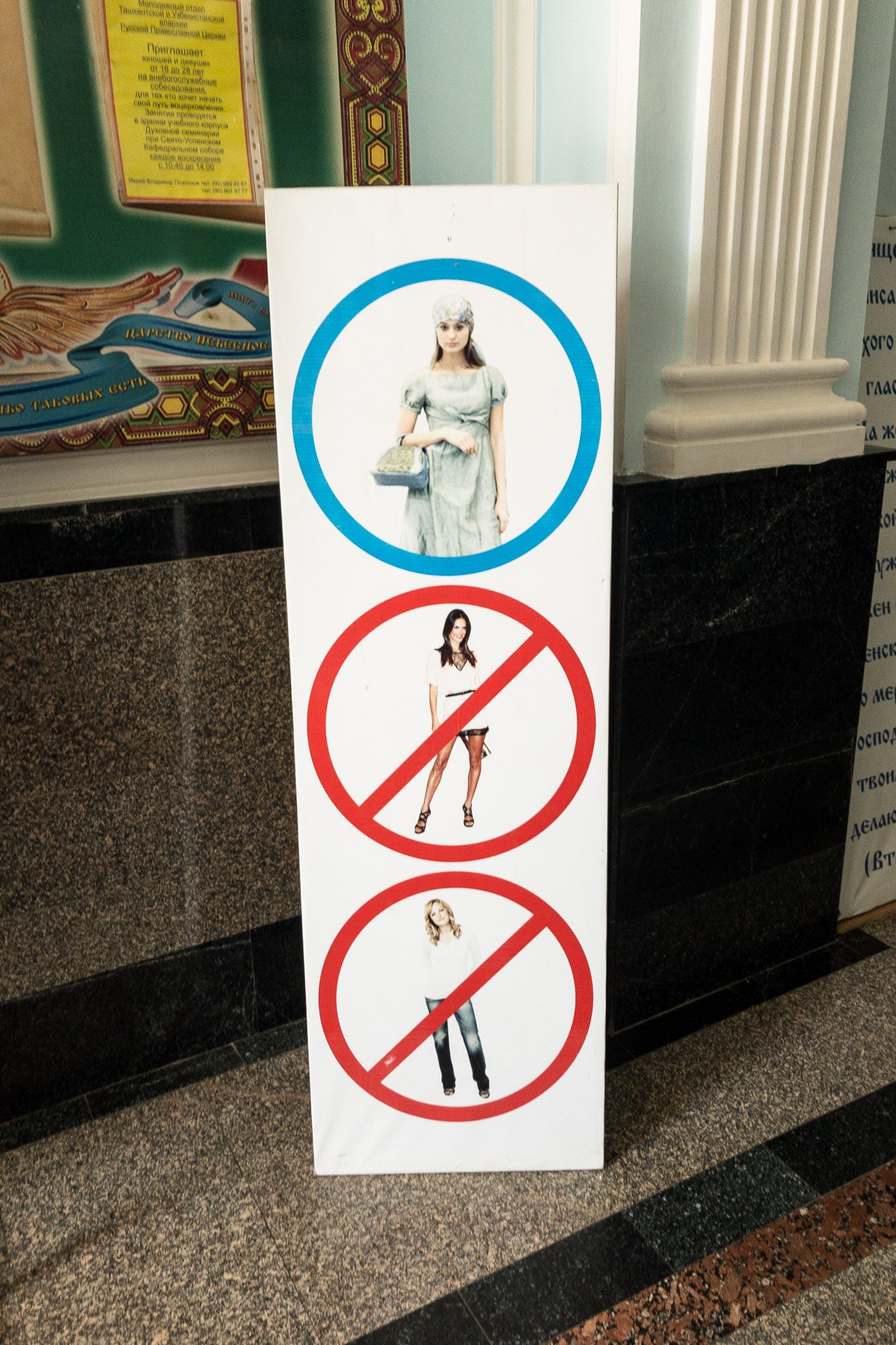 Later that night I noticed this: 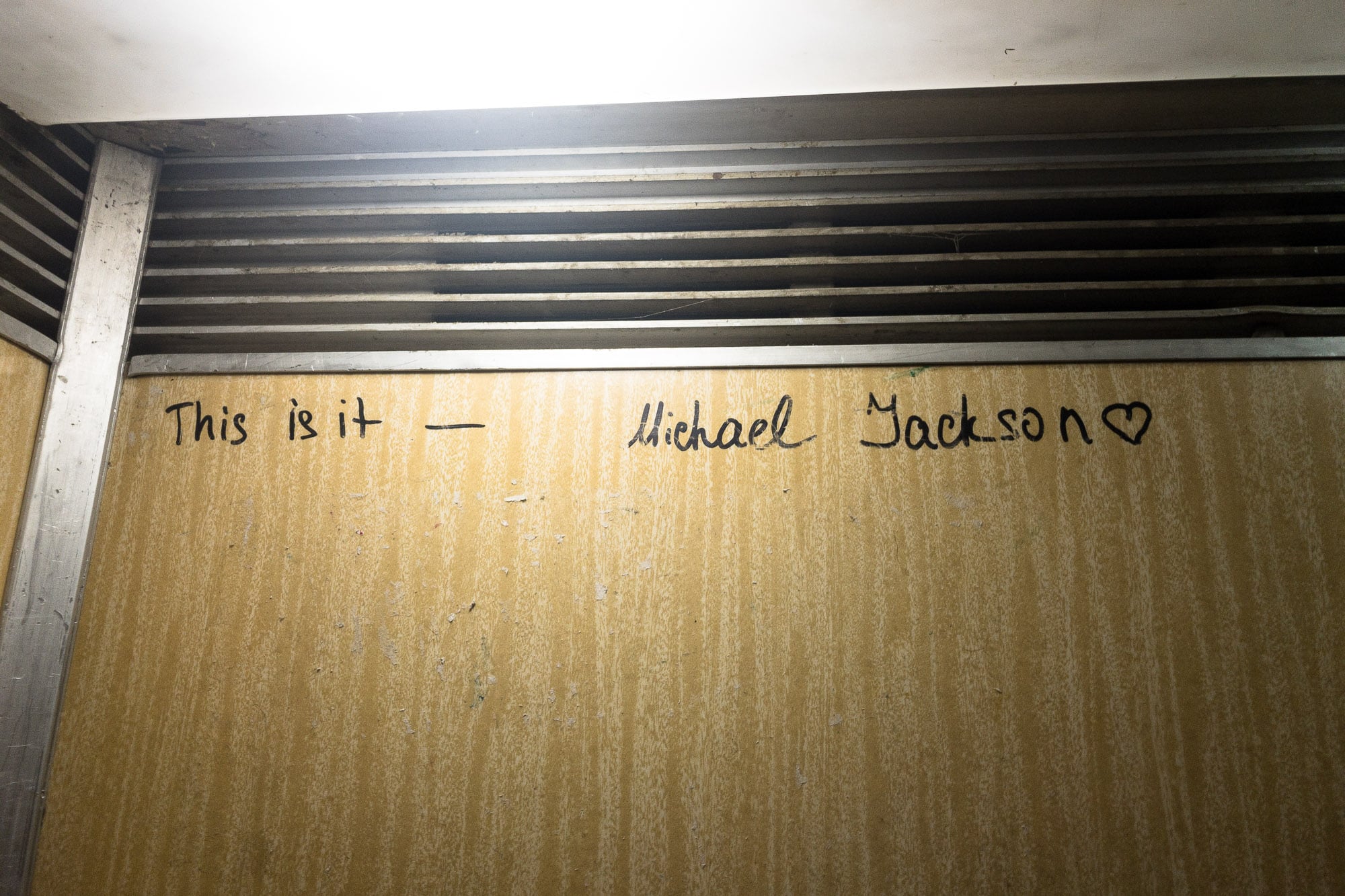 And I found myself wondering what kind of soft-spoken words this man would have found to describe our Trumprexitesque world today.