We were about to go back to Tashkent today. But first we had to think of a way to get rid of the suzani we had bought: 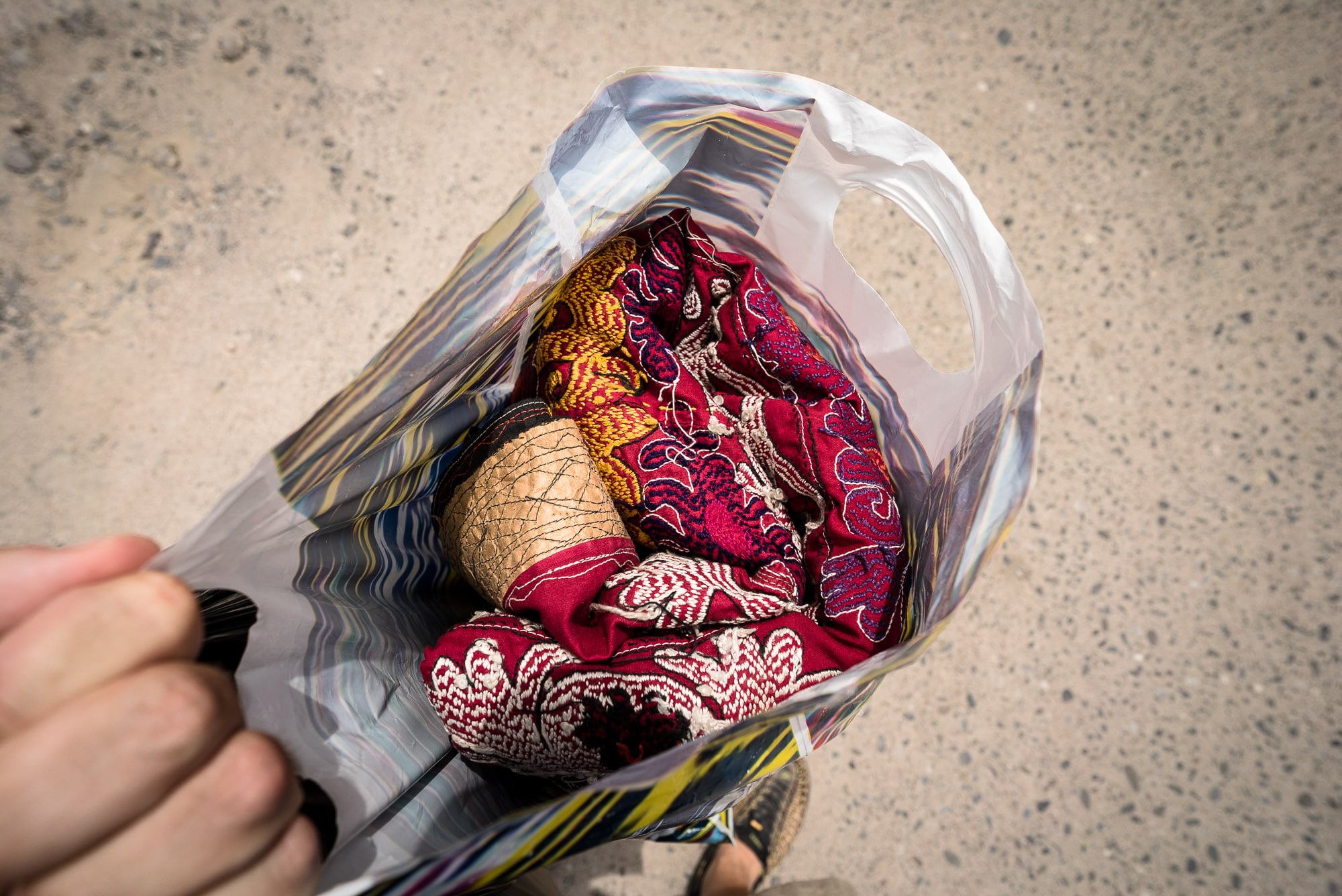 They were too heavy to lug around, especially if I was going to do any serious walking in the months to come.

So we went to the main post office of Samarkand, a place I knew well from the time I had gone there on a Sunday (when it was closed) and then again a few days later (when it was open): 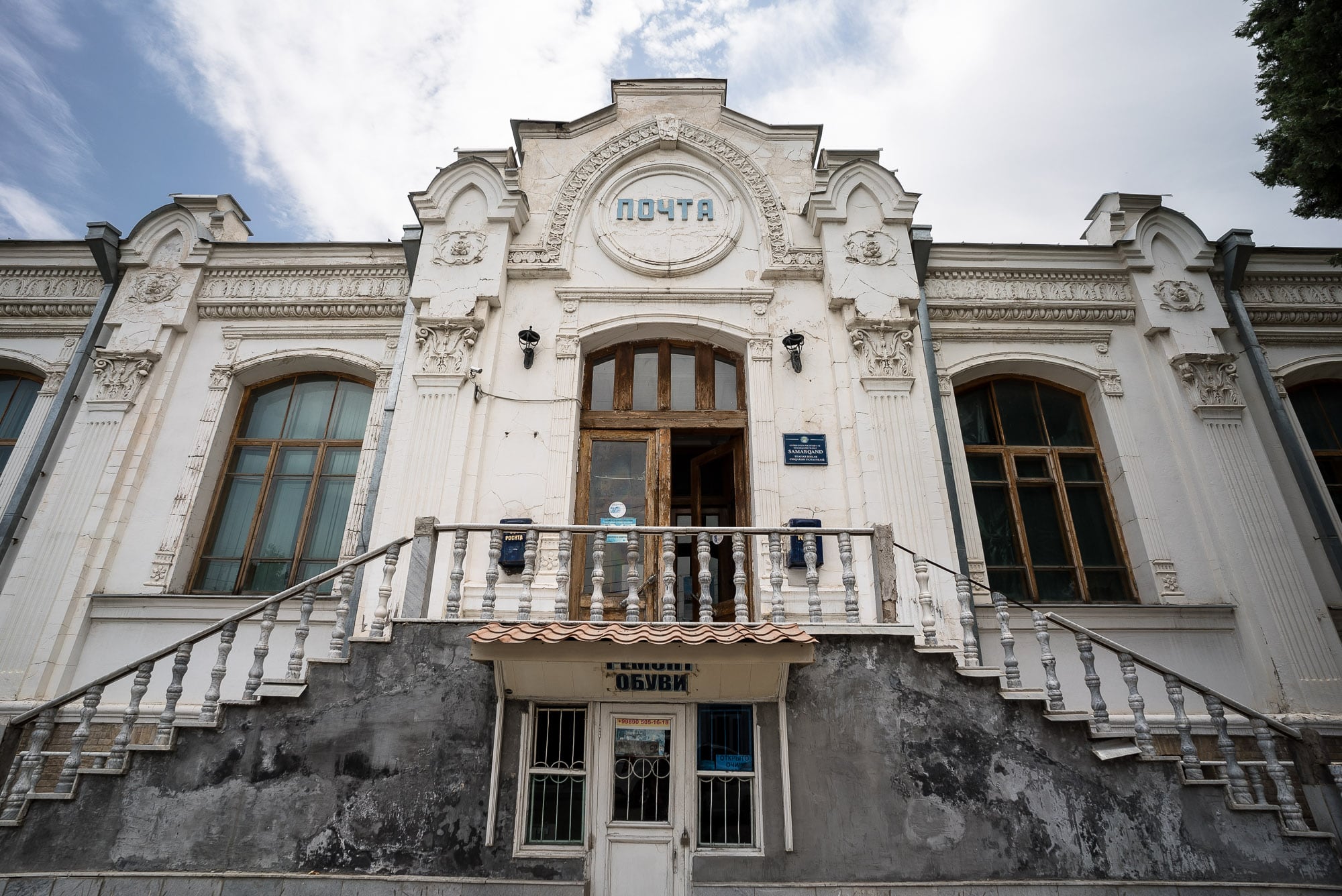 But wait! Wasn’t today a Sunday, too? I only thought of this when we were almost there, so it was decided that we should go and check anyway. You could never know – maybe on THIS Sunday they were working for some unknown reason.

And yes, to my huge surprise, the post office was open and working: 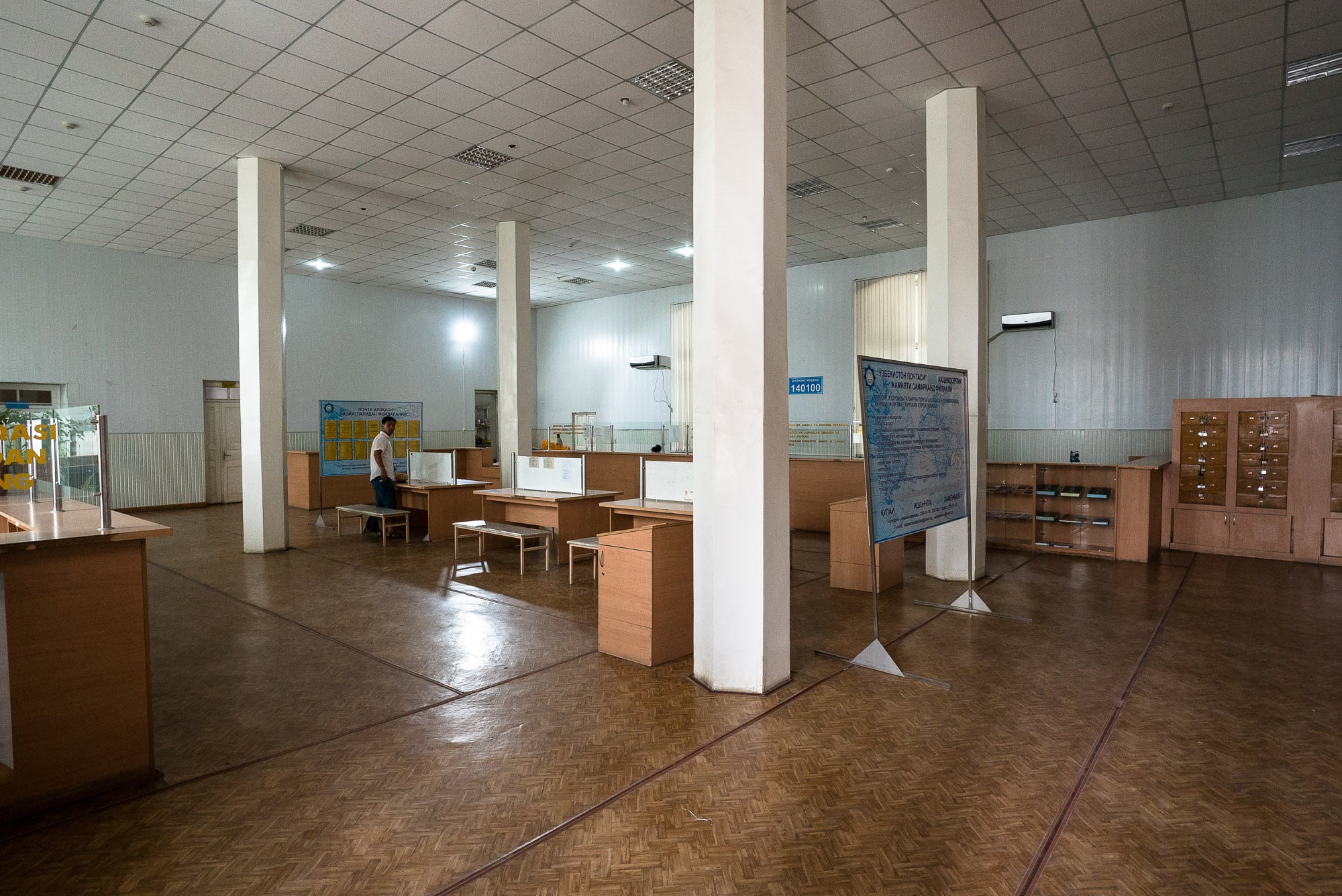 There was one lady behind the counter, and there was one customer trying to get something mailed. I was suspicious: this was too much luck for me, something had to be wrong!

Of course I was right. The lady behind the counter told us that we were not allowed to mail our handmade suzanis without a certificate. This was Uzbek law, apparently designed to make sure that no antiquities left the country without the authorities knowing about it. She added that we would be able to get a certificate at a certain museum, but that the museum in question was not open today.

So we carried our stuff back to the hotel. We passed the Registan on our way, and we said good-bye to this most impressive place in all of Central Asia: 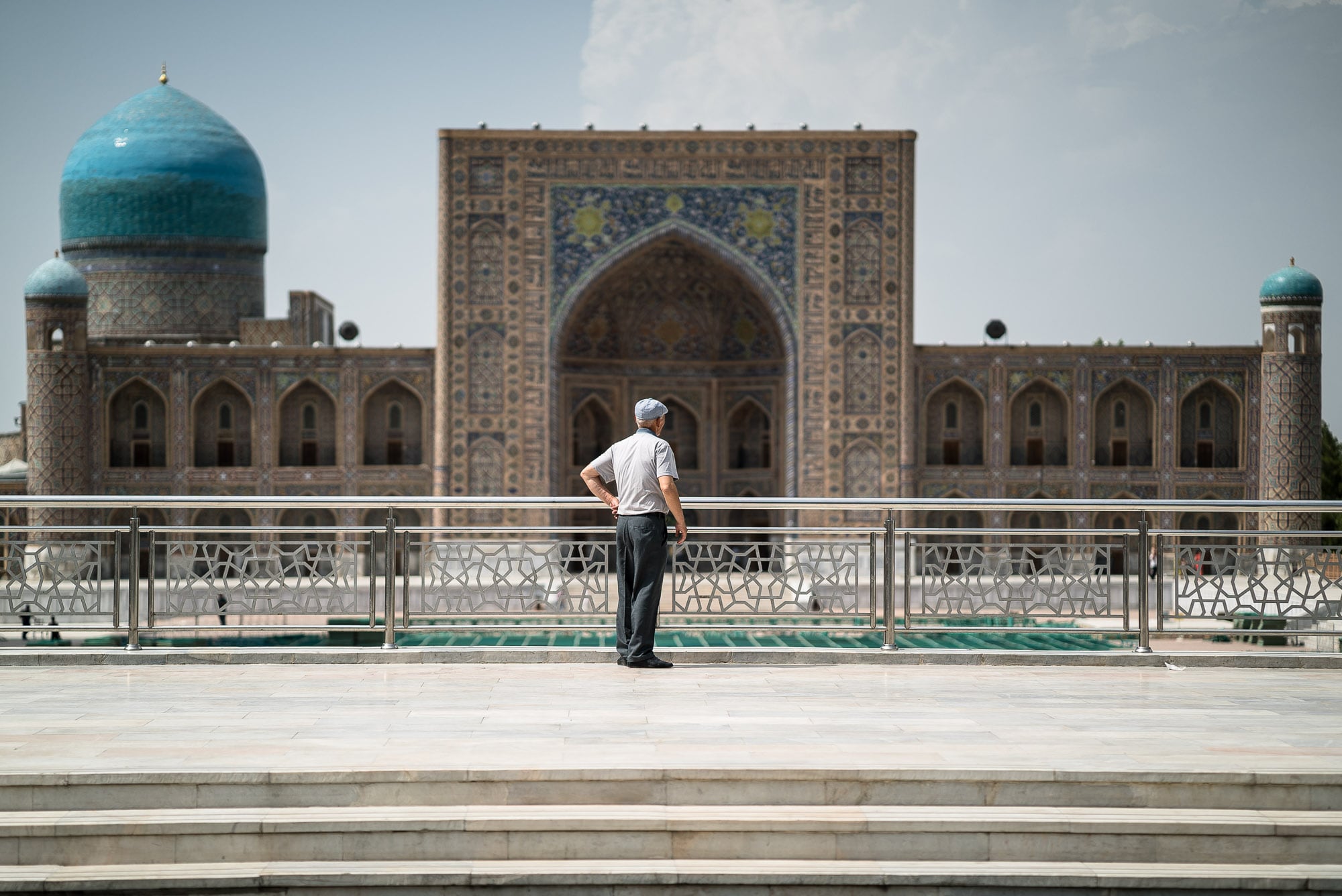 Here are my impressions from our time in Samarkand:

We got on our train in the late afternoon. It was a high speed train, and we arrived in Tashkent two hours later: 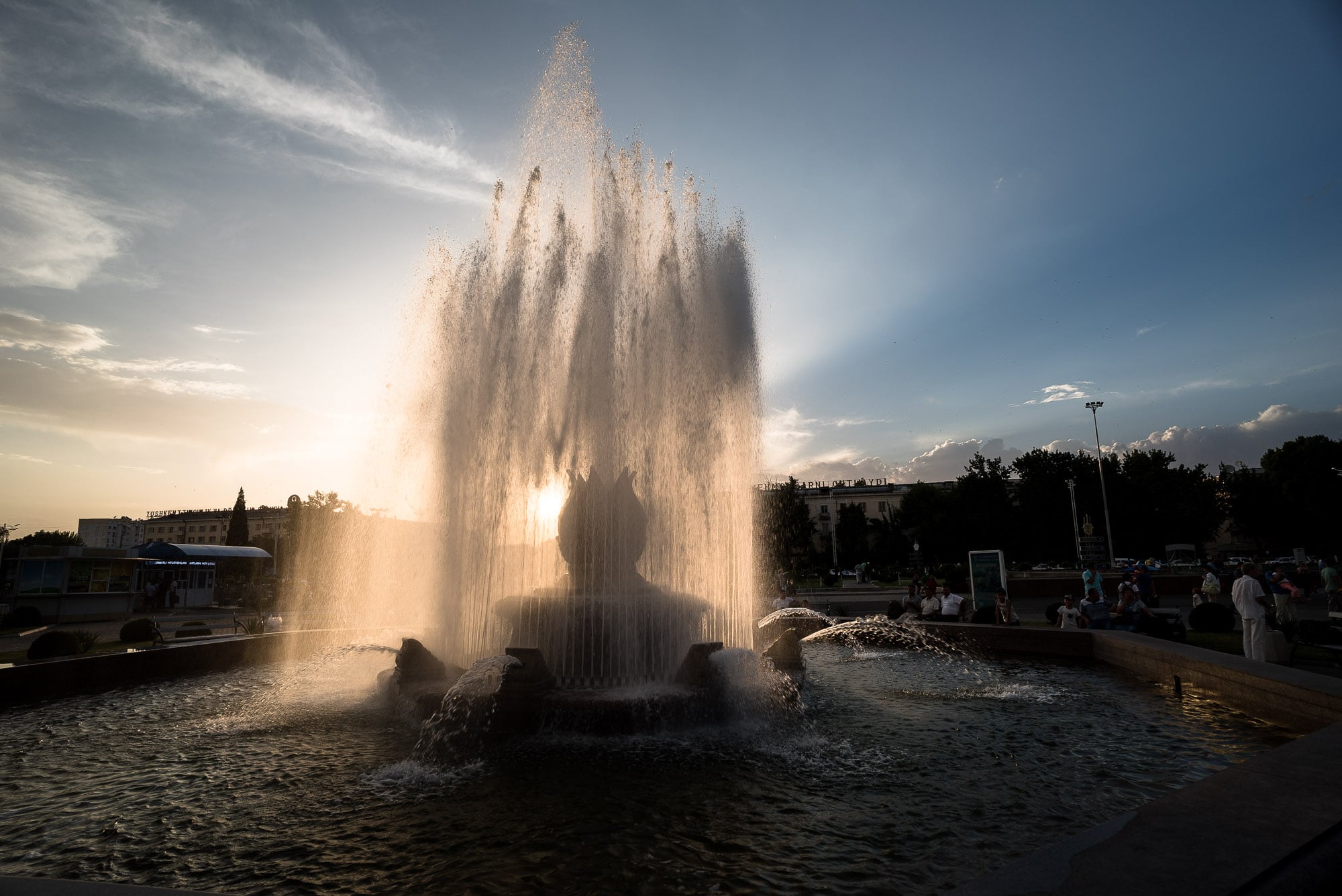 Our trip was coming to an end.