Something happened this morning: 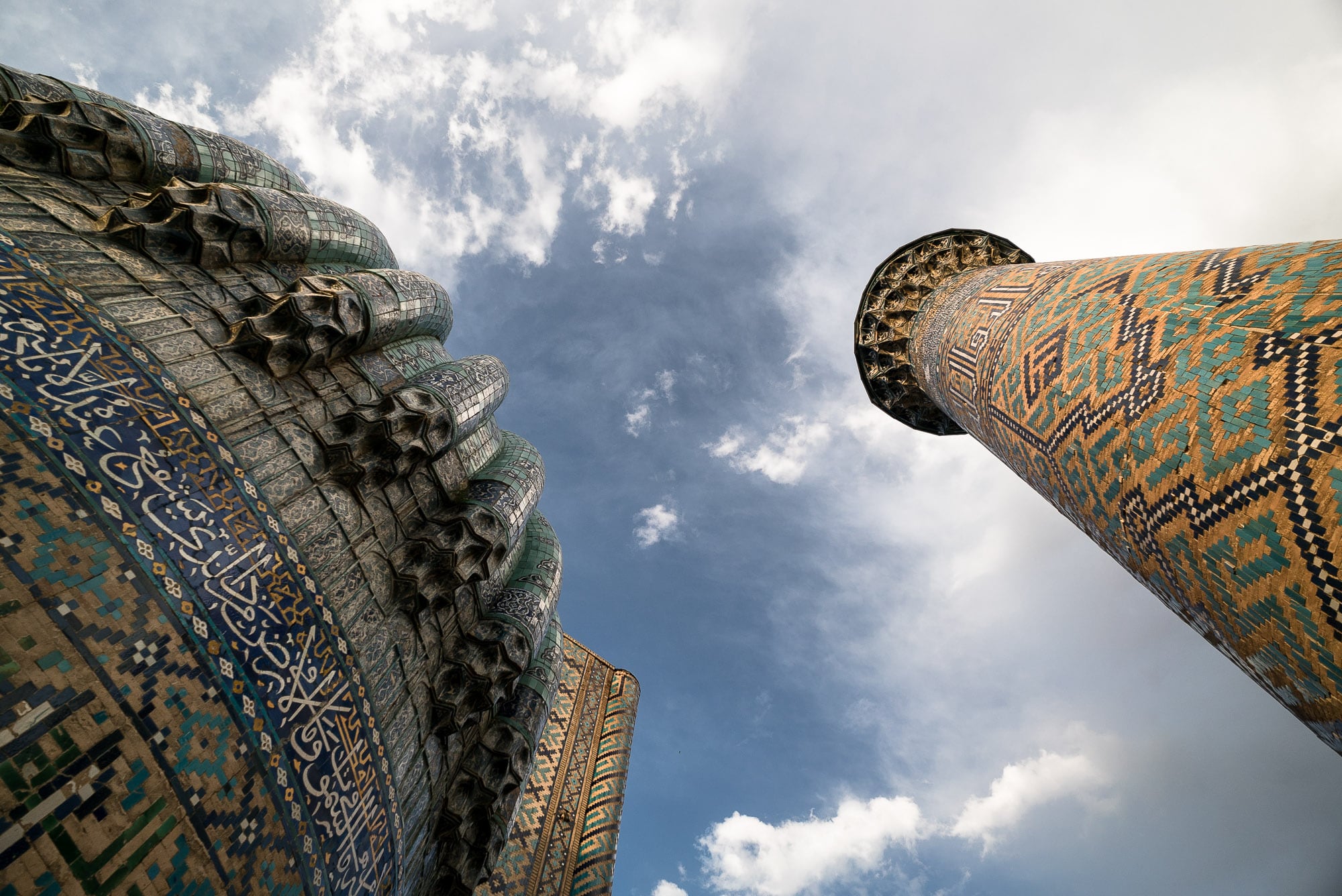 Something that led to a supreme vantage point: 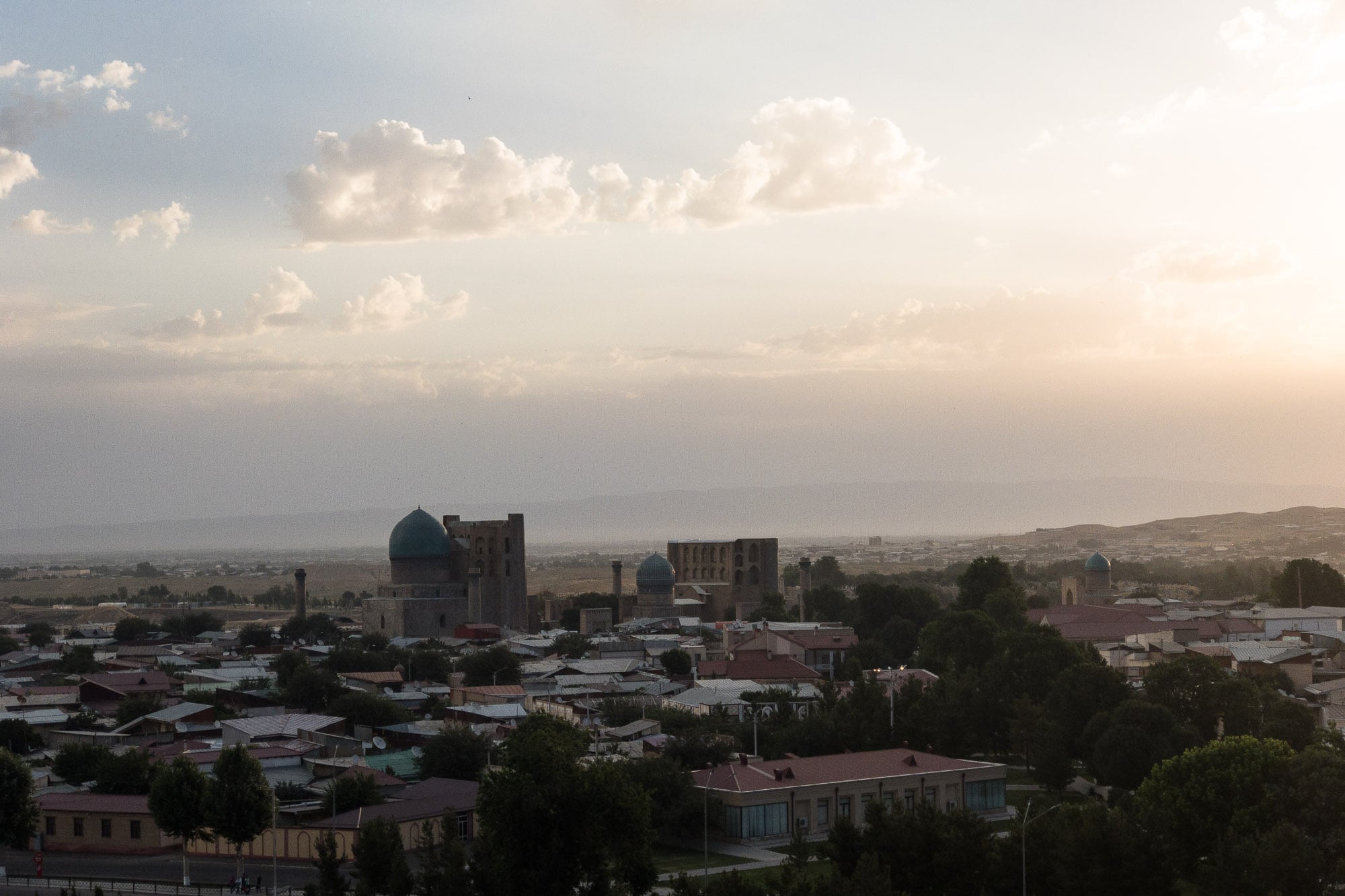 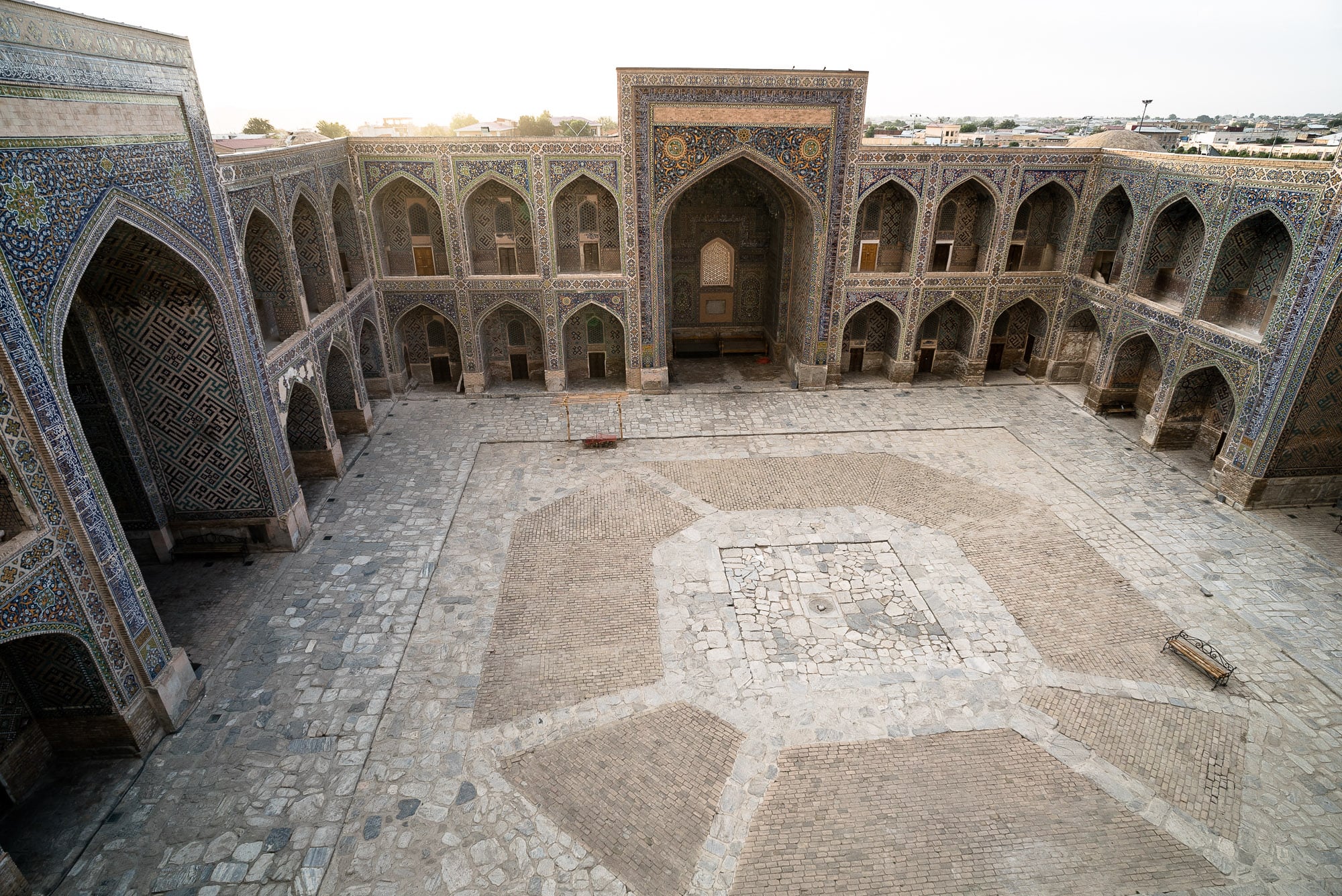 But it was good while it lasted.

The day was still young when we took a half-hour drive to Urgut, a village in the southeast of Samarkand. Urgut was famous for its bazaar.

When we got there, it was a large, dusty parking lot: 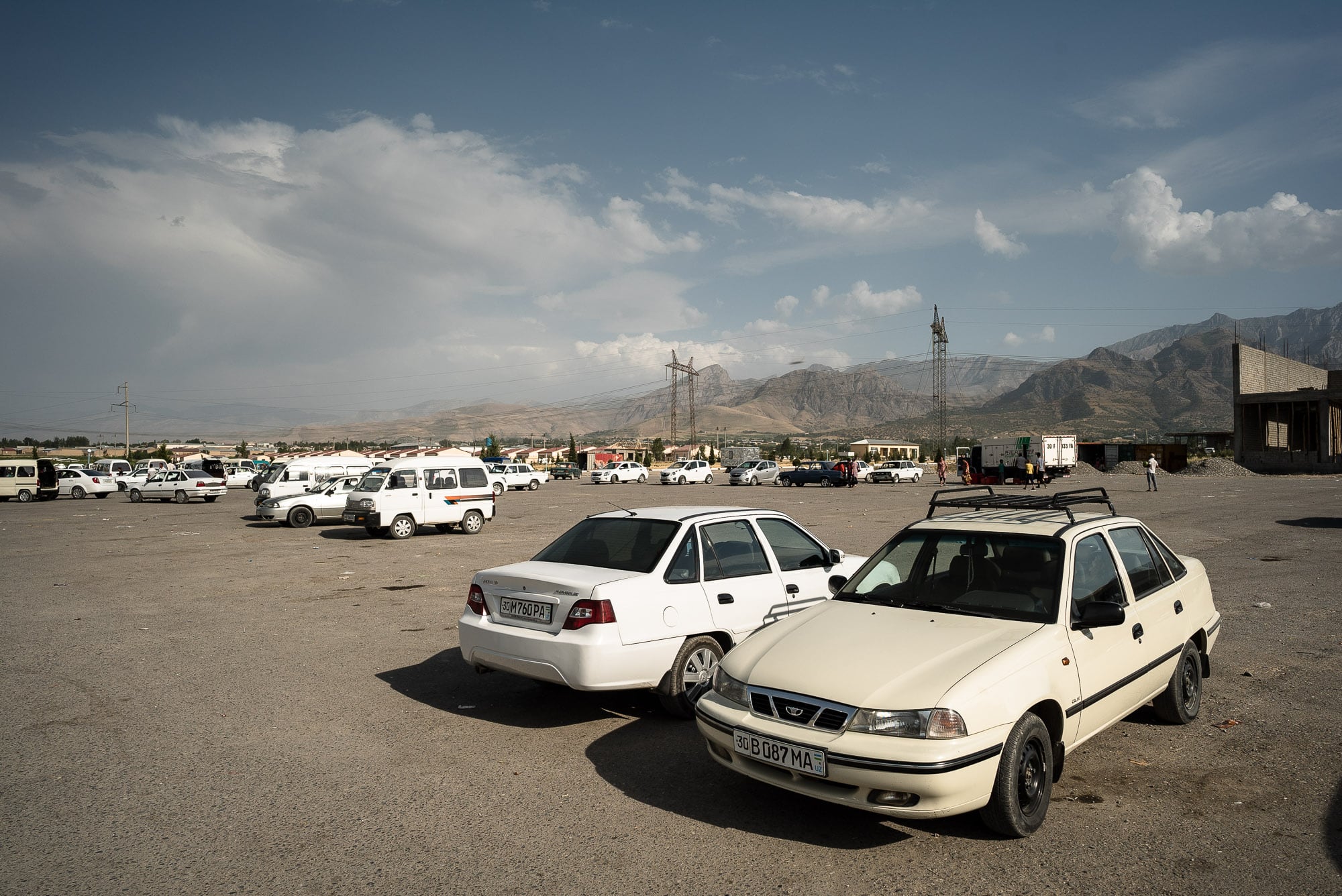 And behind the parking lot, a gate: 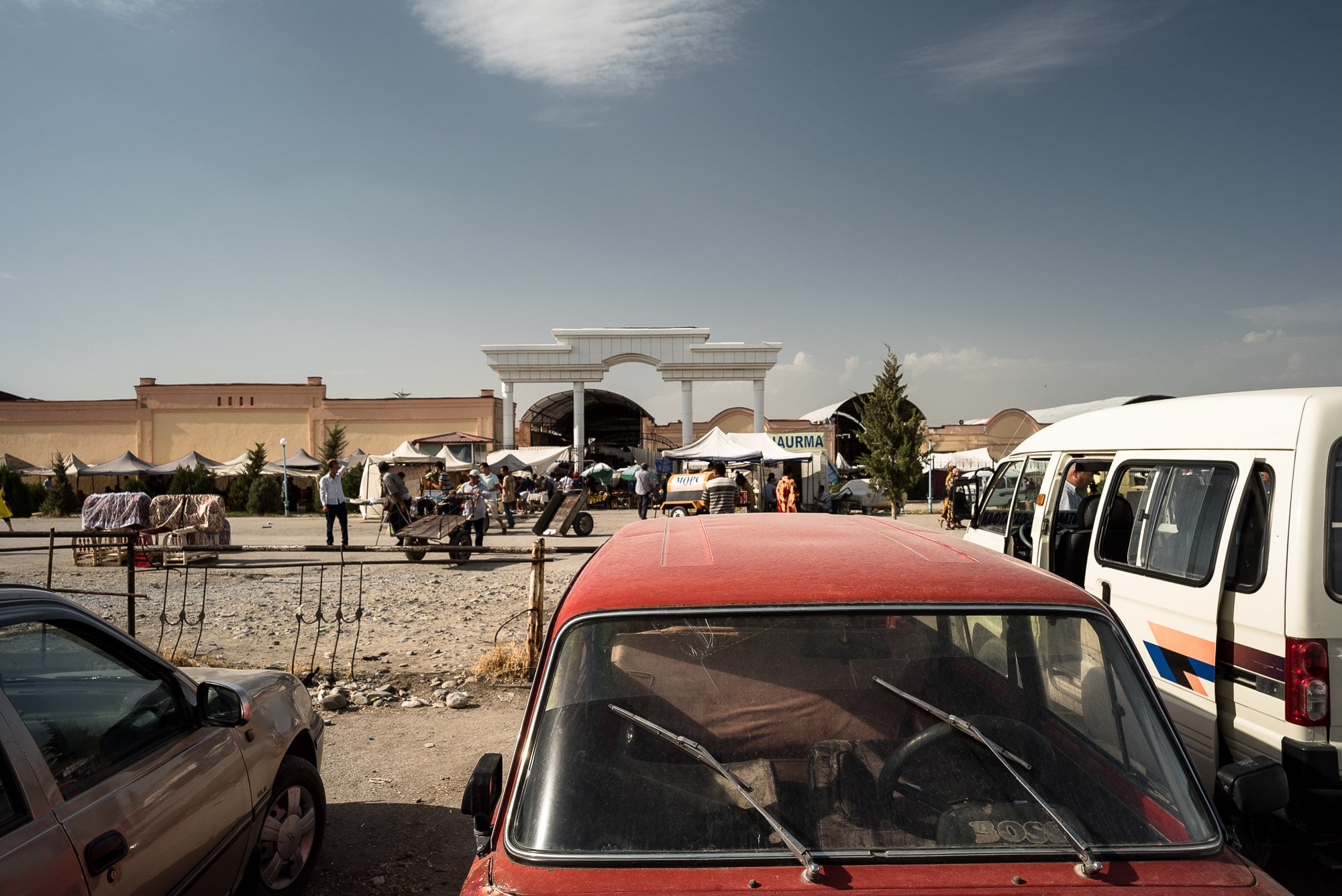 And behind the gate… 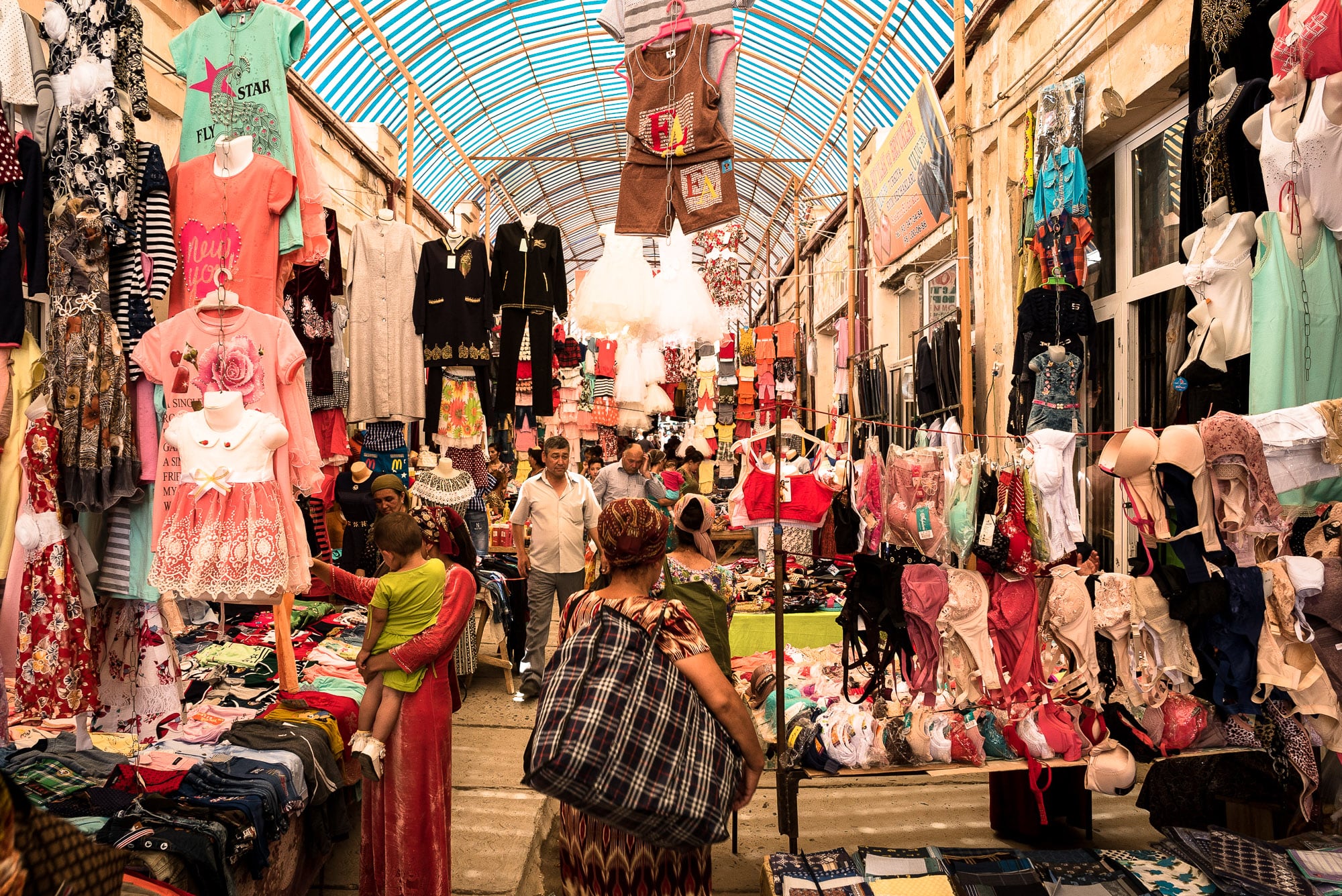 …a world of colors. 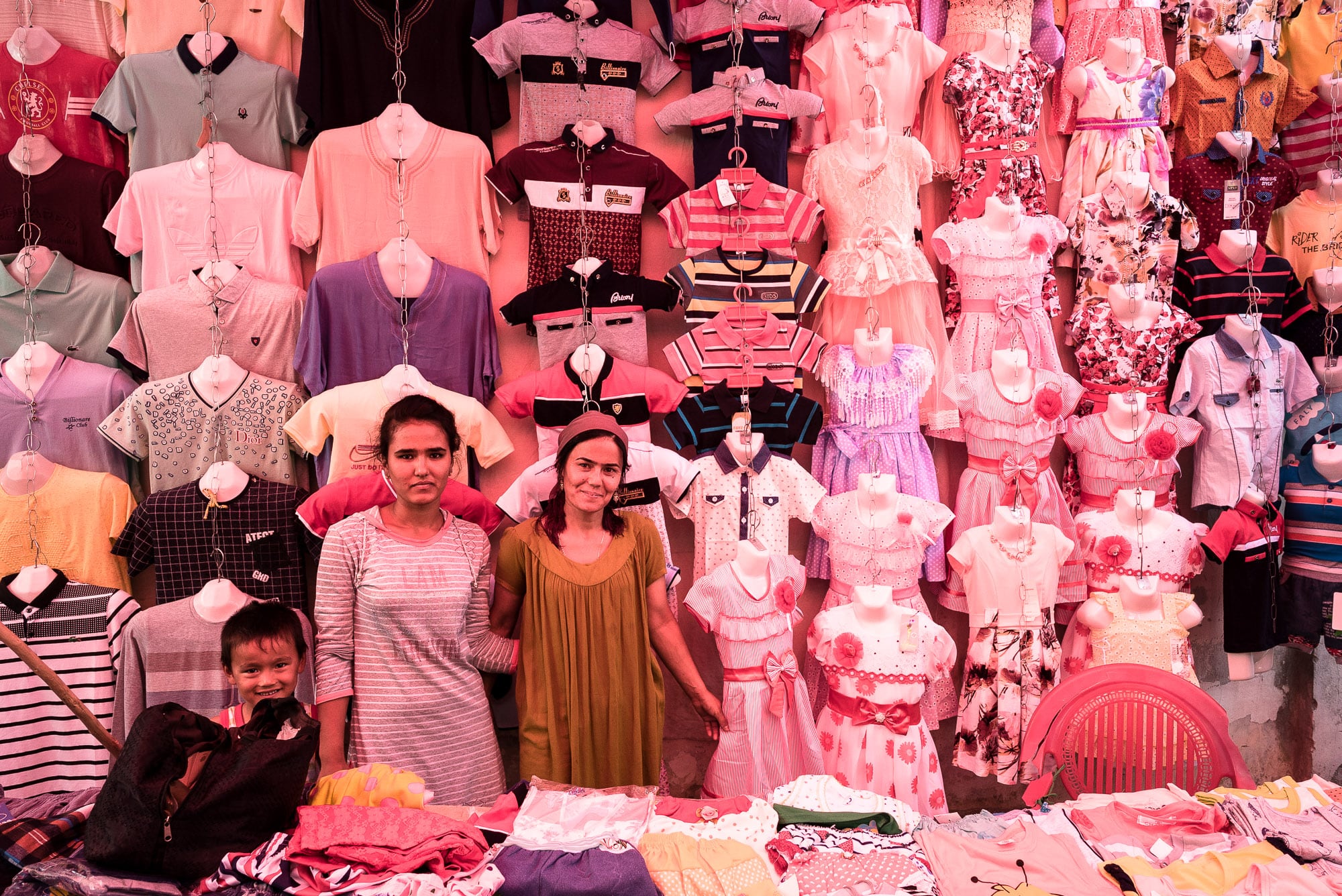 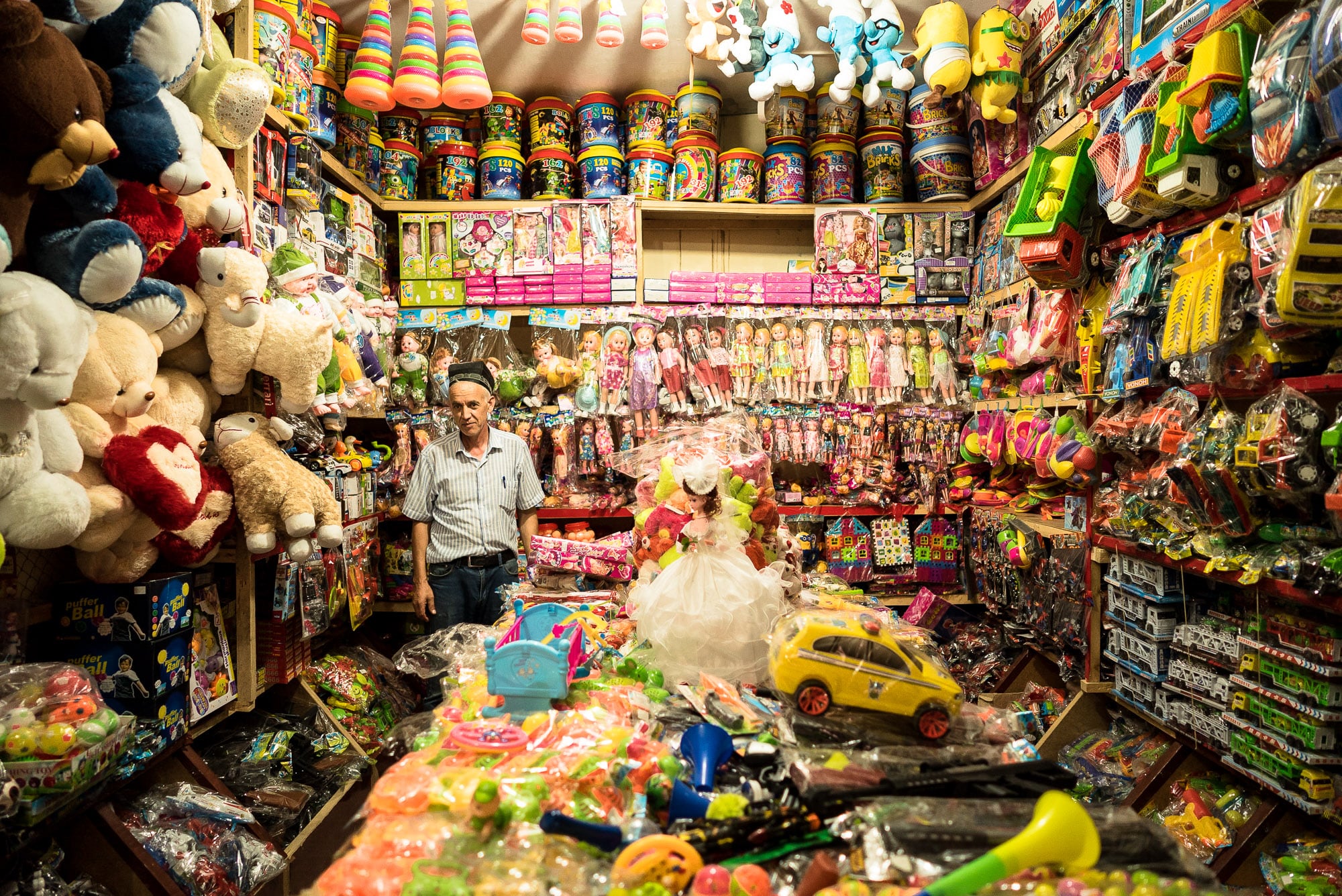 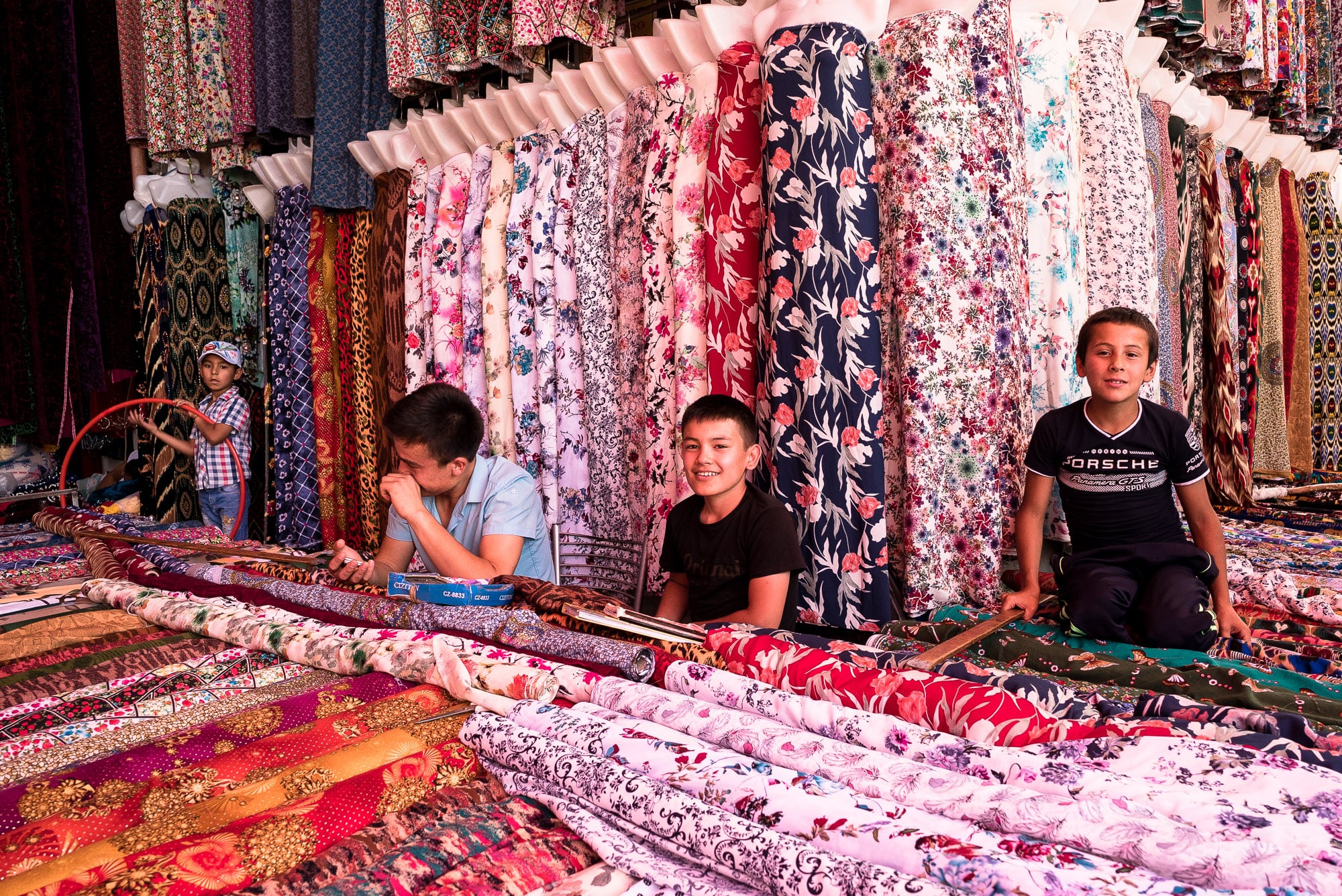 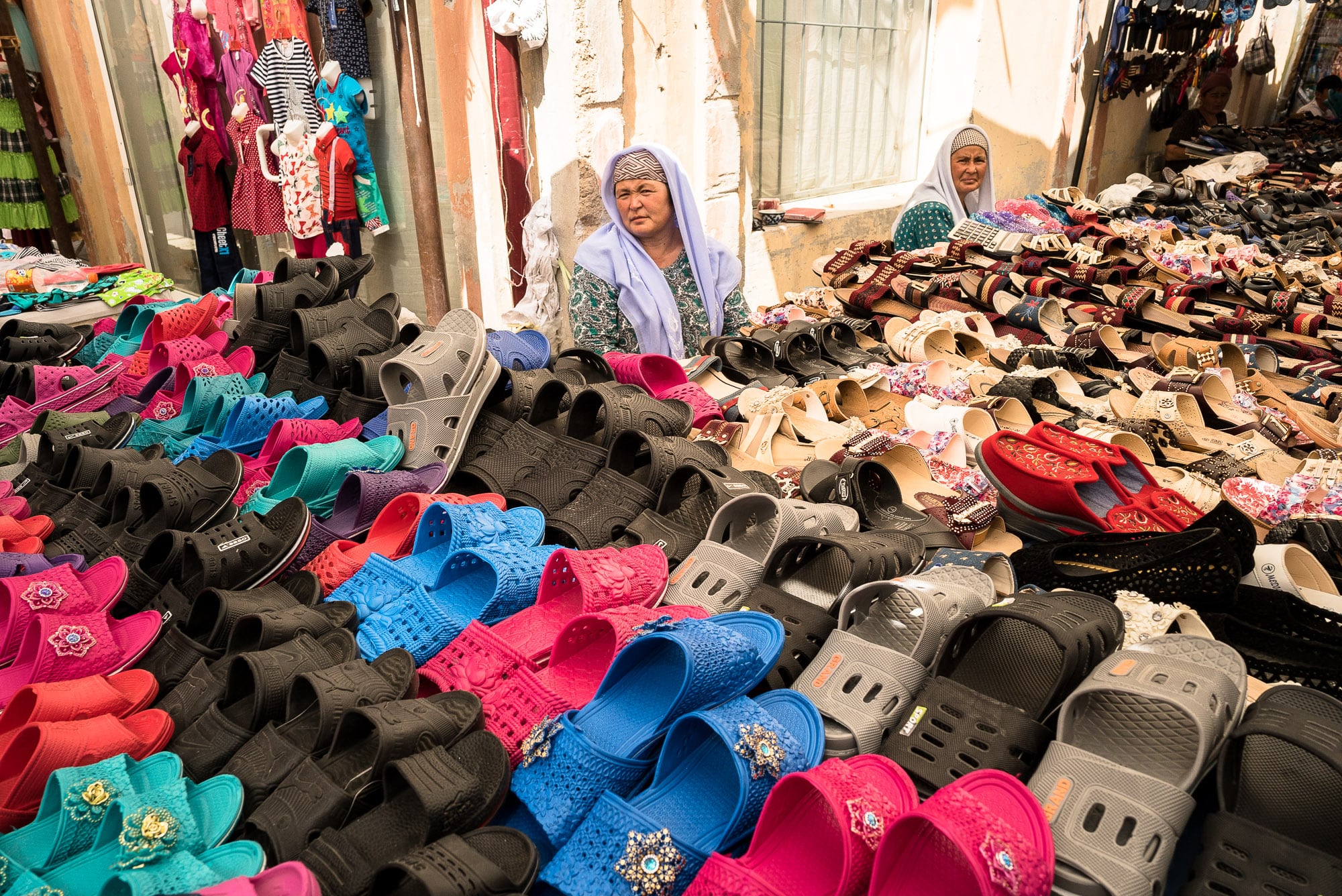 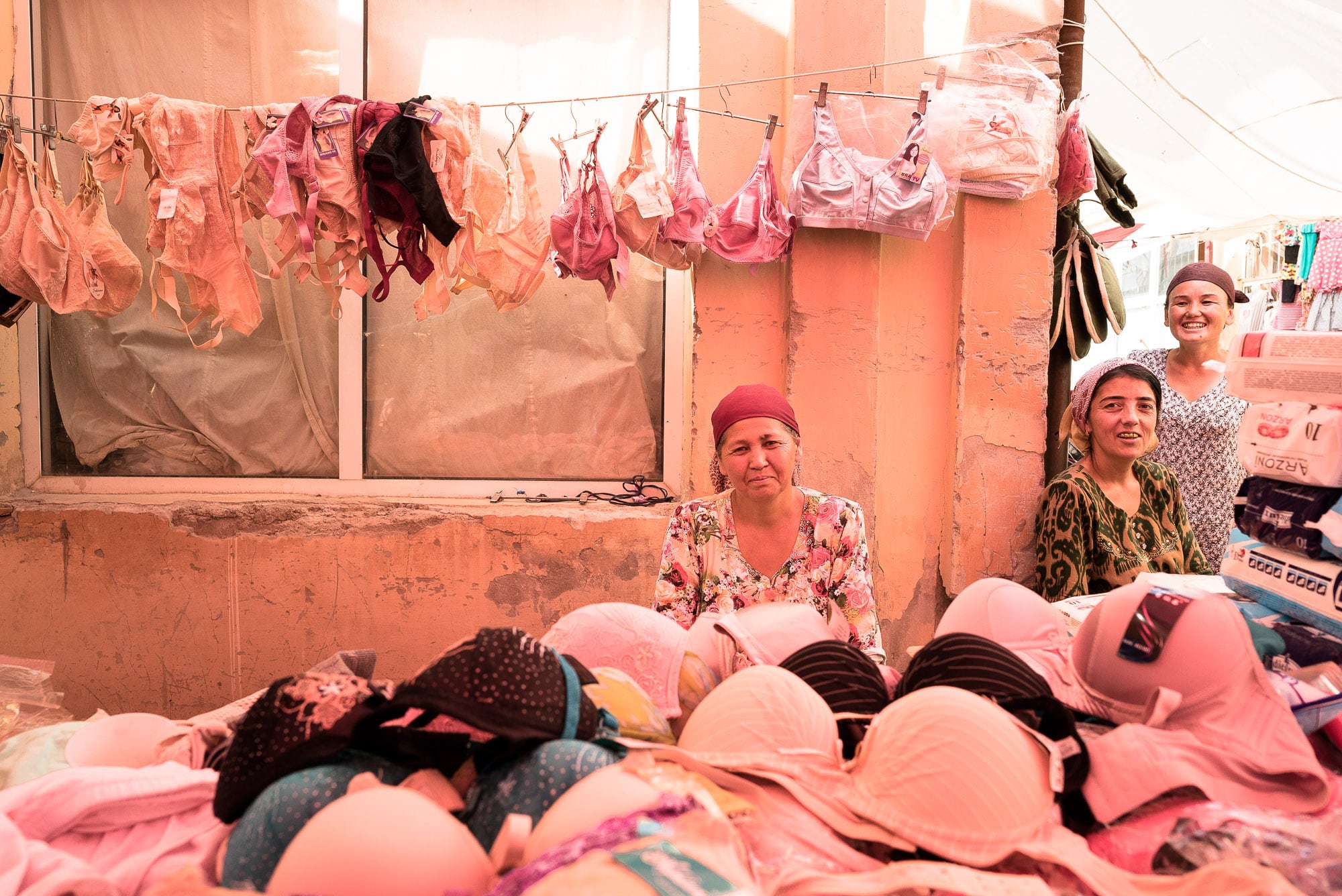 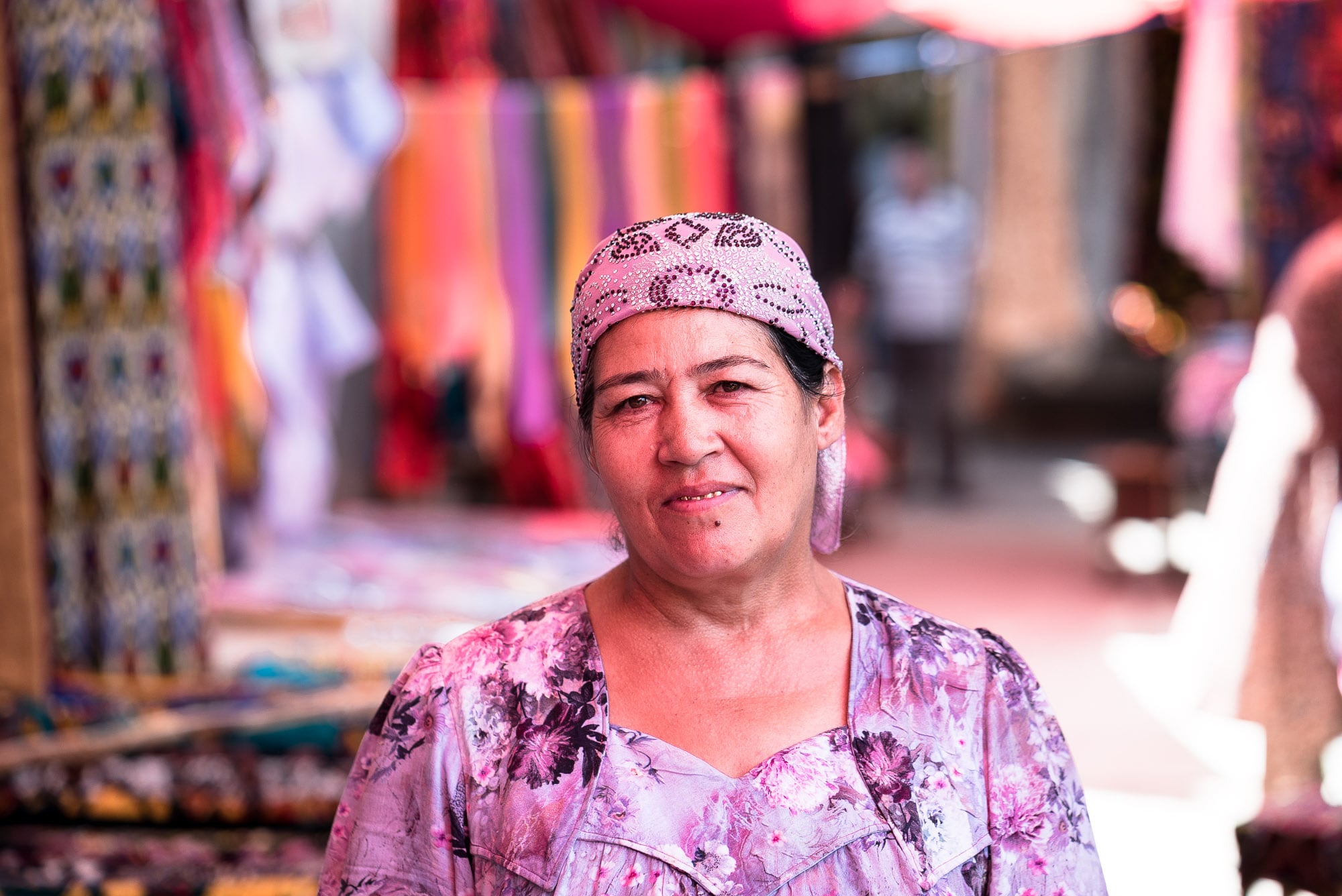 And little dudes who kept a grill going: 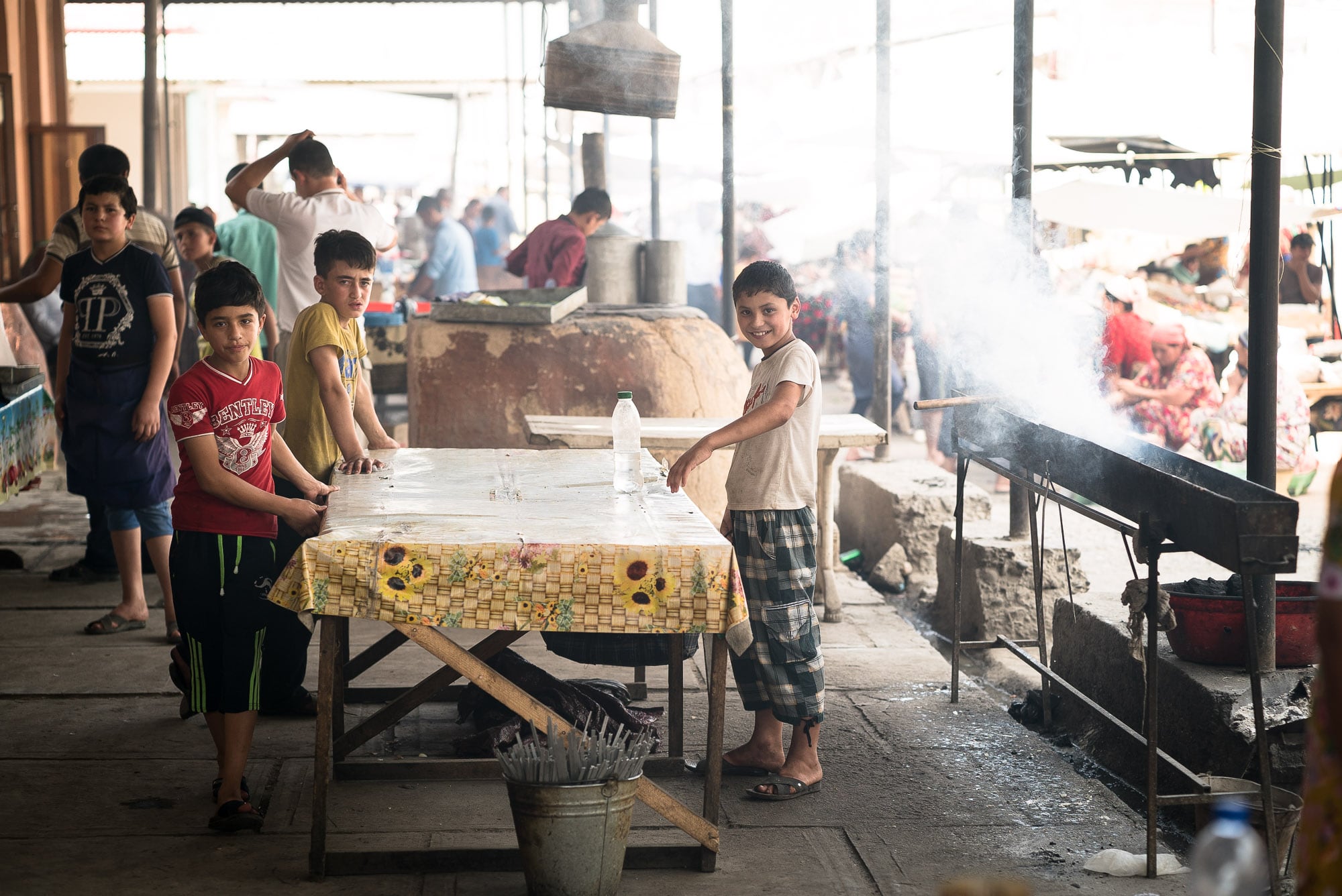 And of course vegetables: 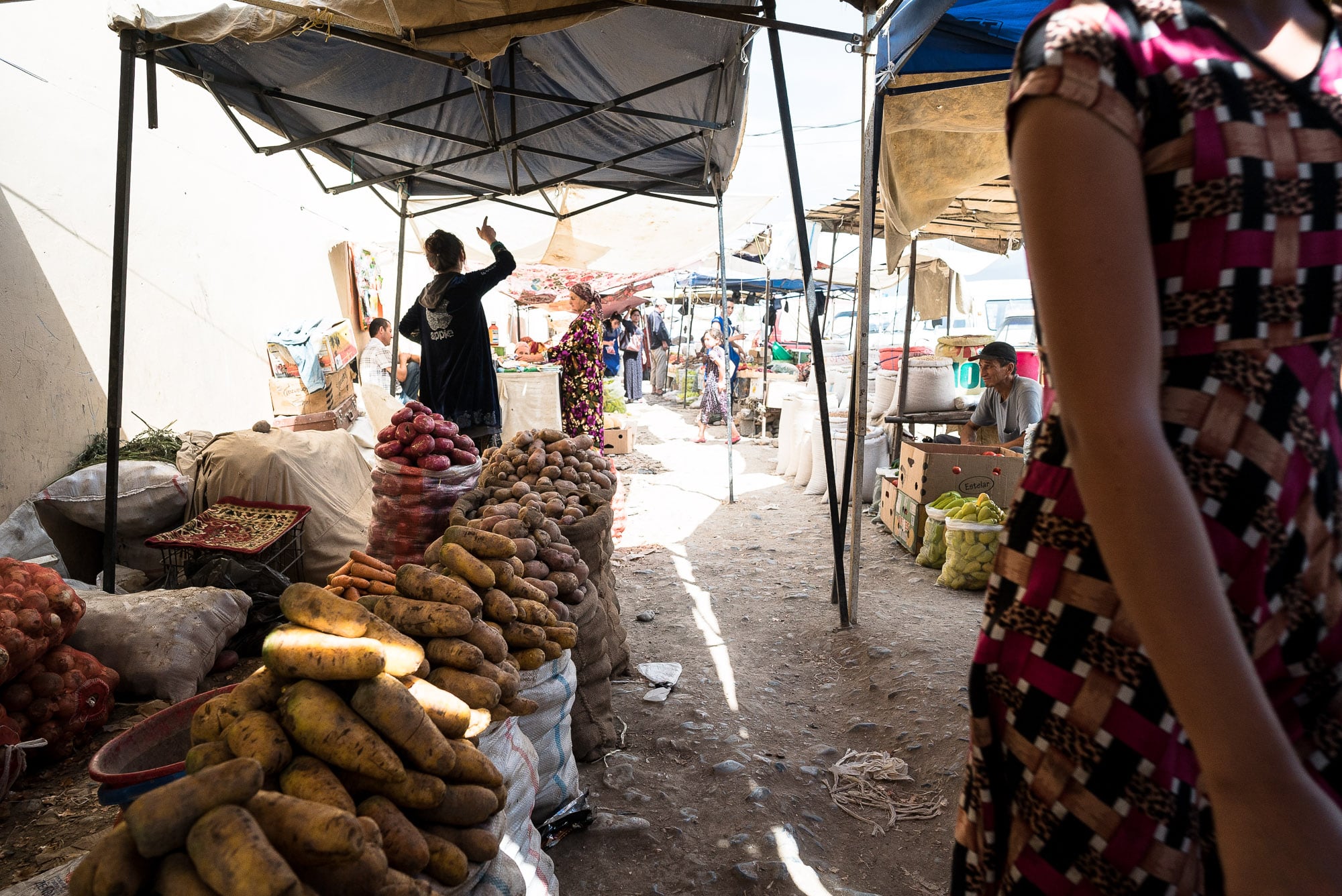 And there were quiet places, too: 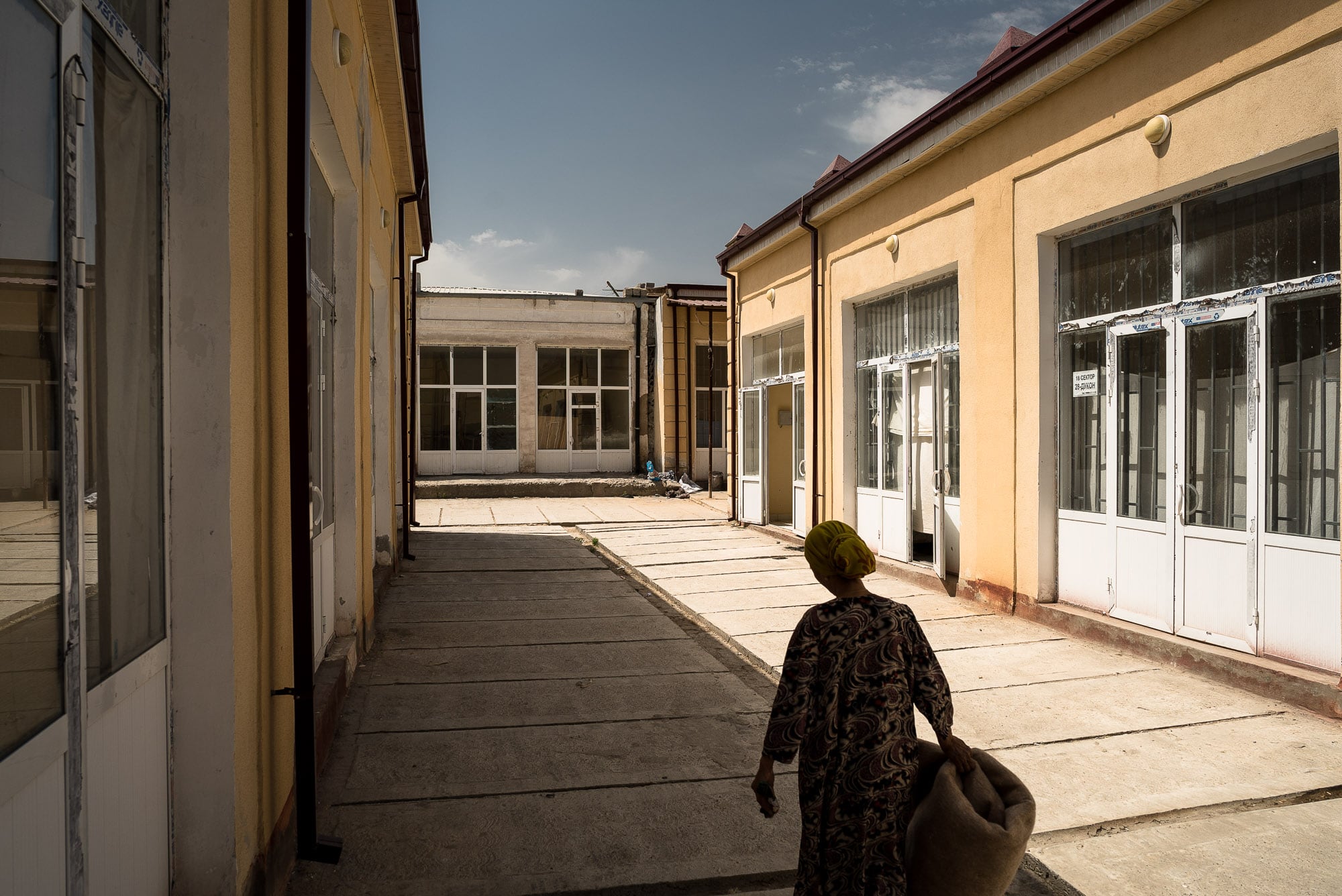 When I asked this shop owner’s little daughter if I could take a photo of her, she was a bit shy at first: 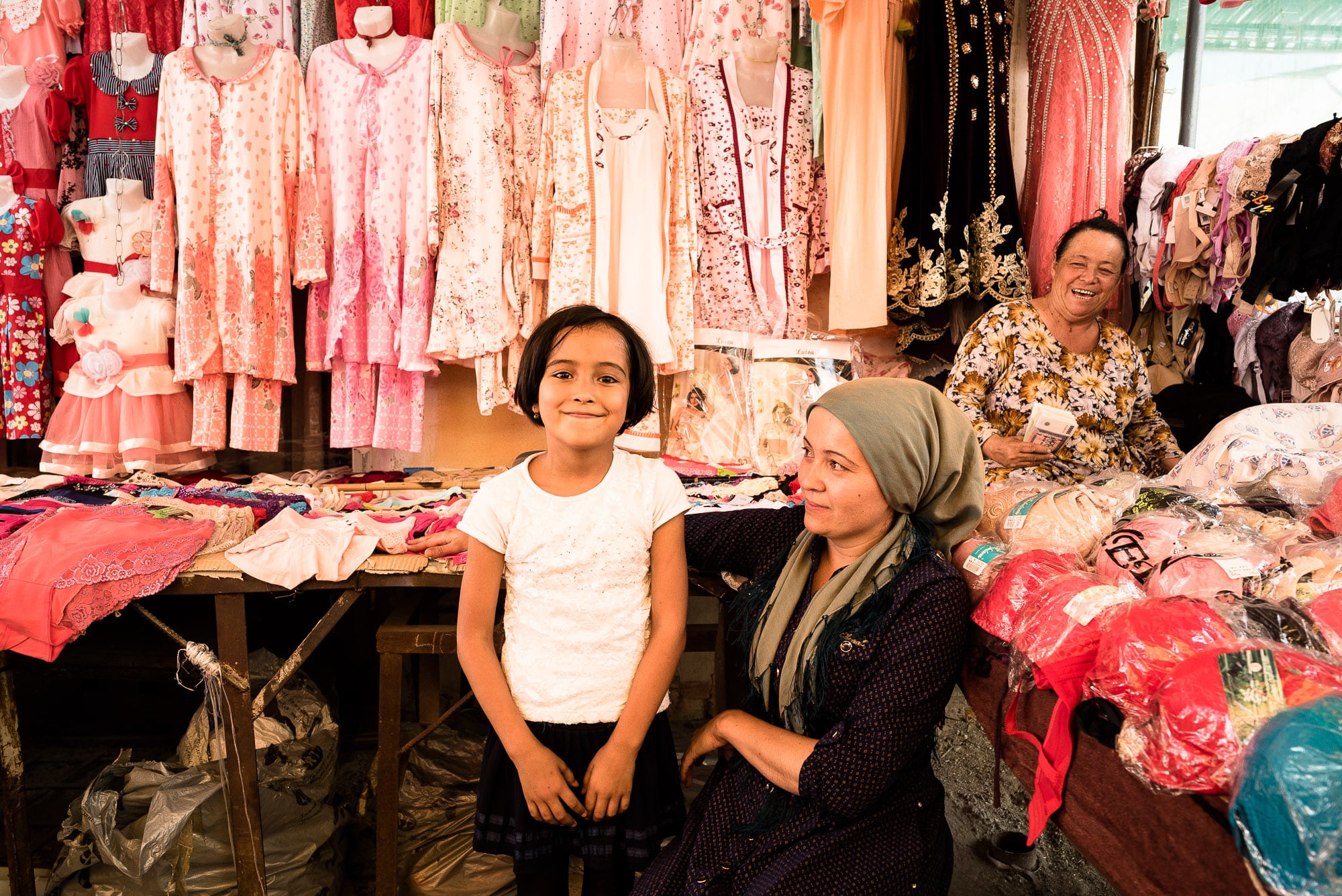 But then we took pictures together and it was totally awesome: 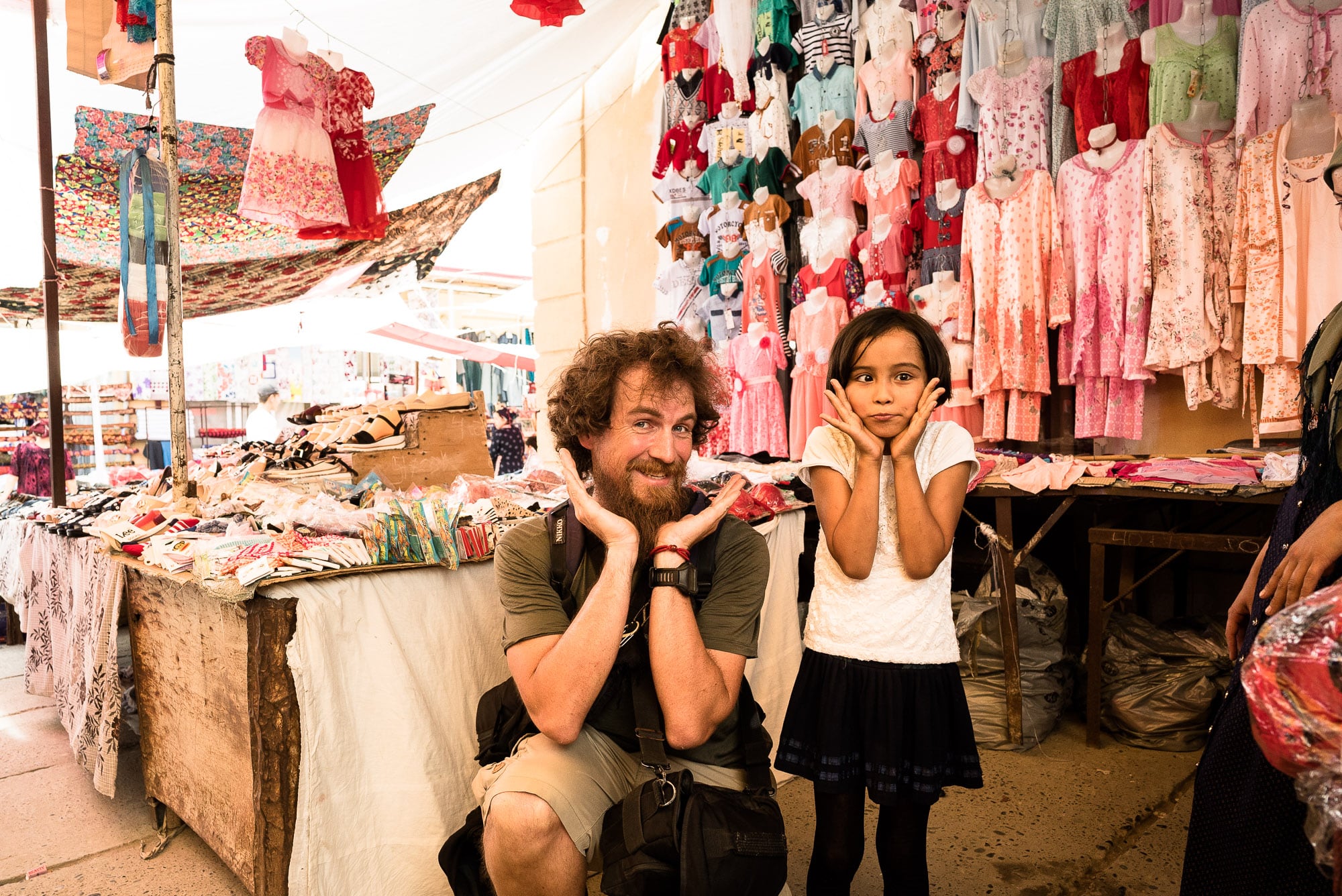 We looked around for a while until we found the traditional embroidered fabrics called suzani. They were all the way in the back of the bazaar: 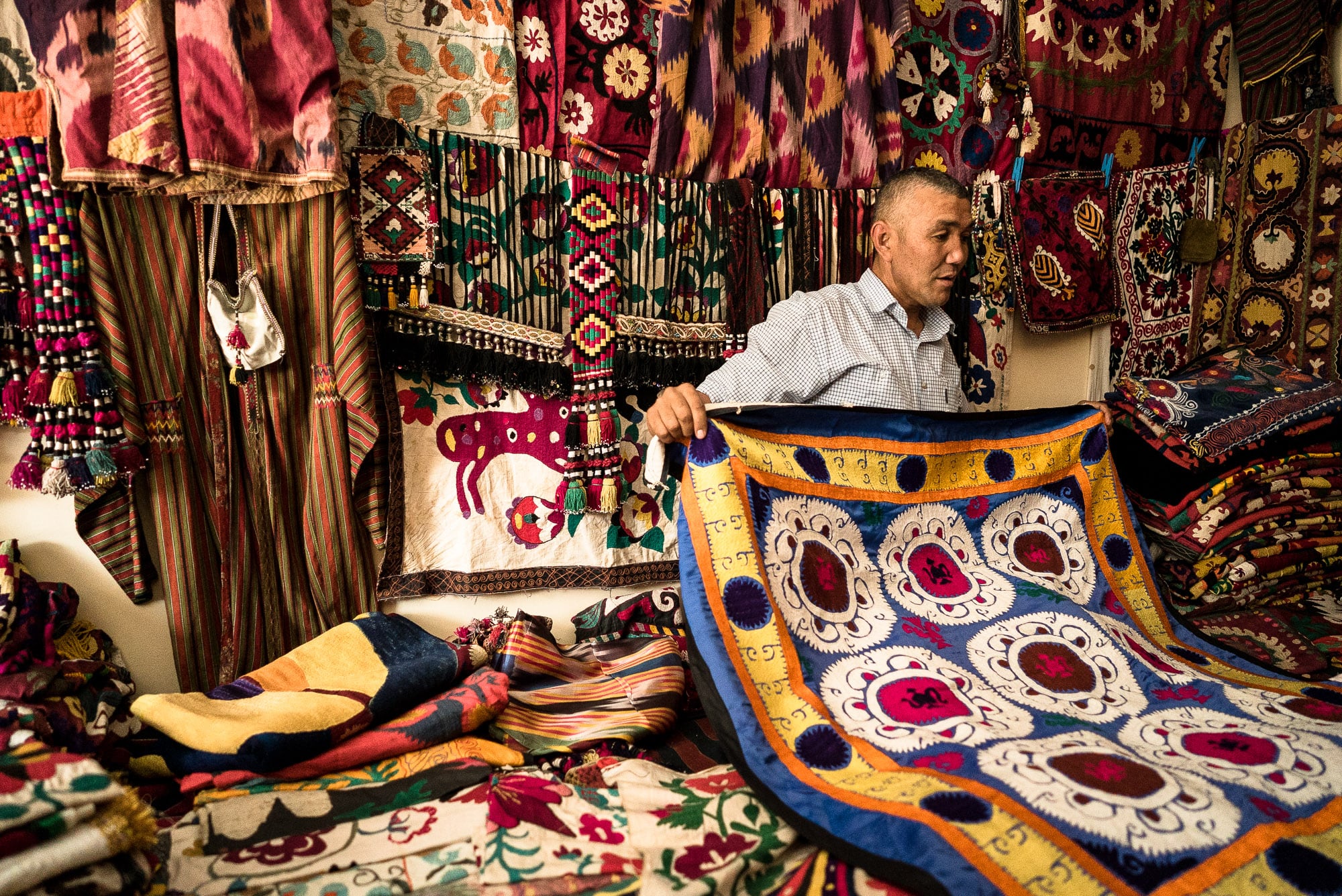 We had come here for them, but we ended up staying for all the colors: 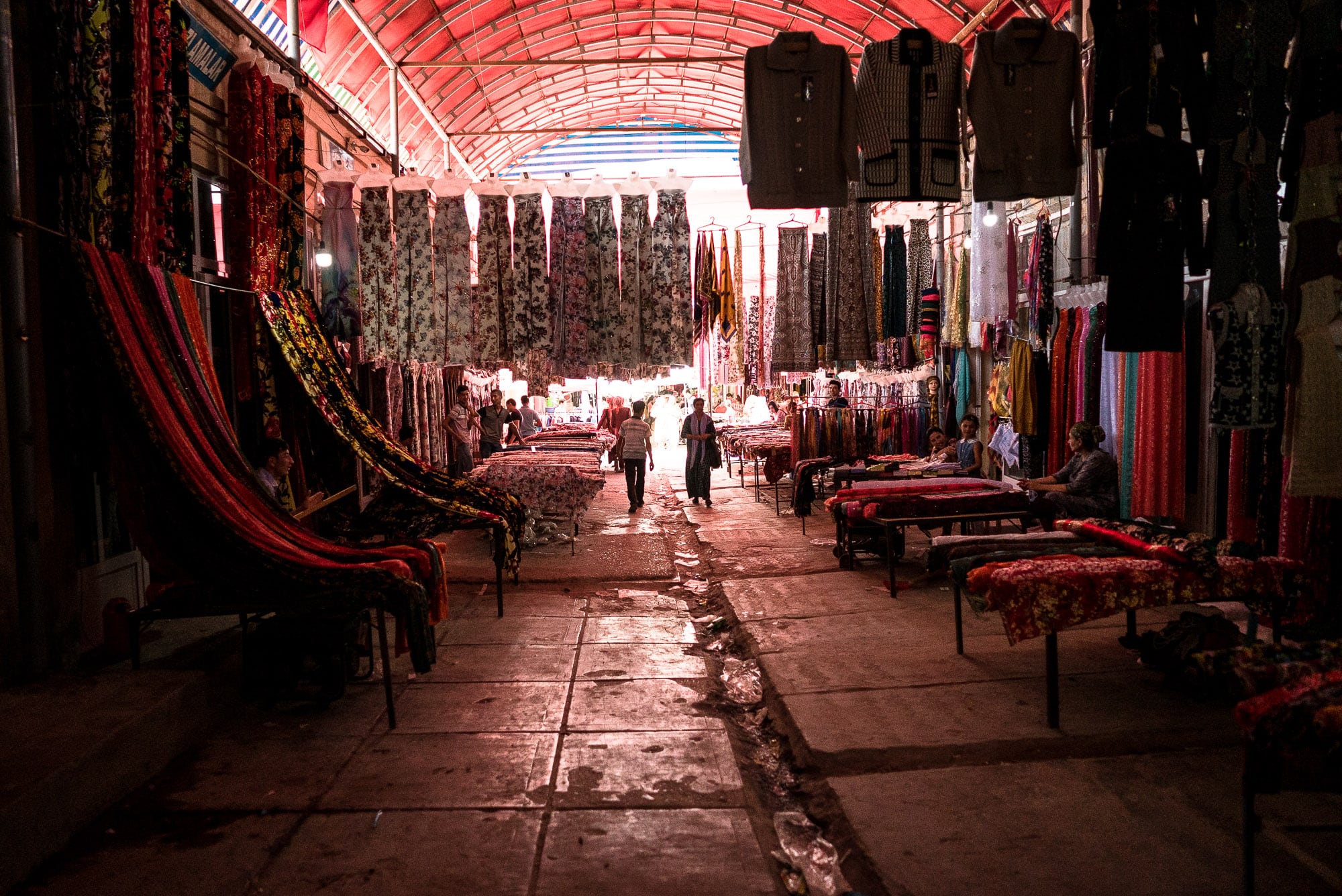 I don’t like shopping. I hate it. Now grocery shopping is cool of course, and chocolate shopping is simply the bomb. But most other kinds of shopping make me want to drop everything and just go home and lay down.

But this here was different. This was a good kind of shopping. The colors were nice. The haggling was fun. And we ended up with a few suzanis that I found most exquisite.