So we went and looked at some graves today: 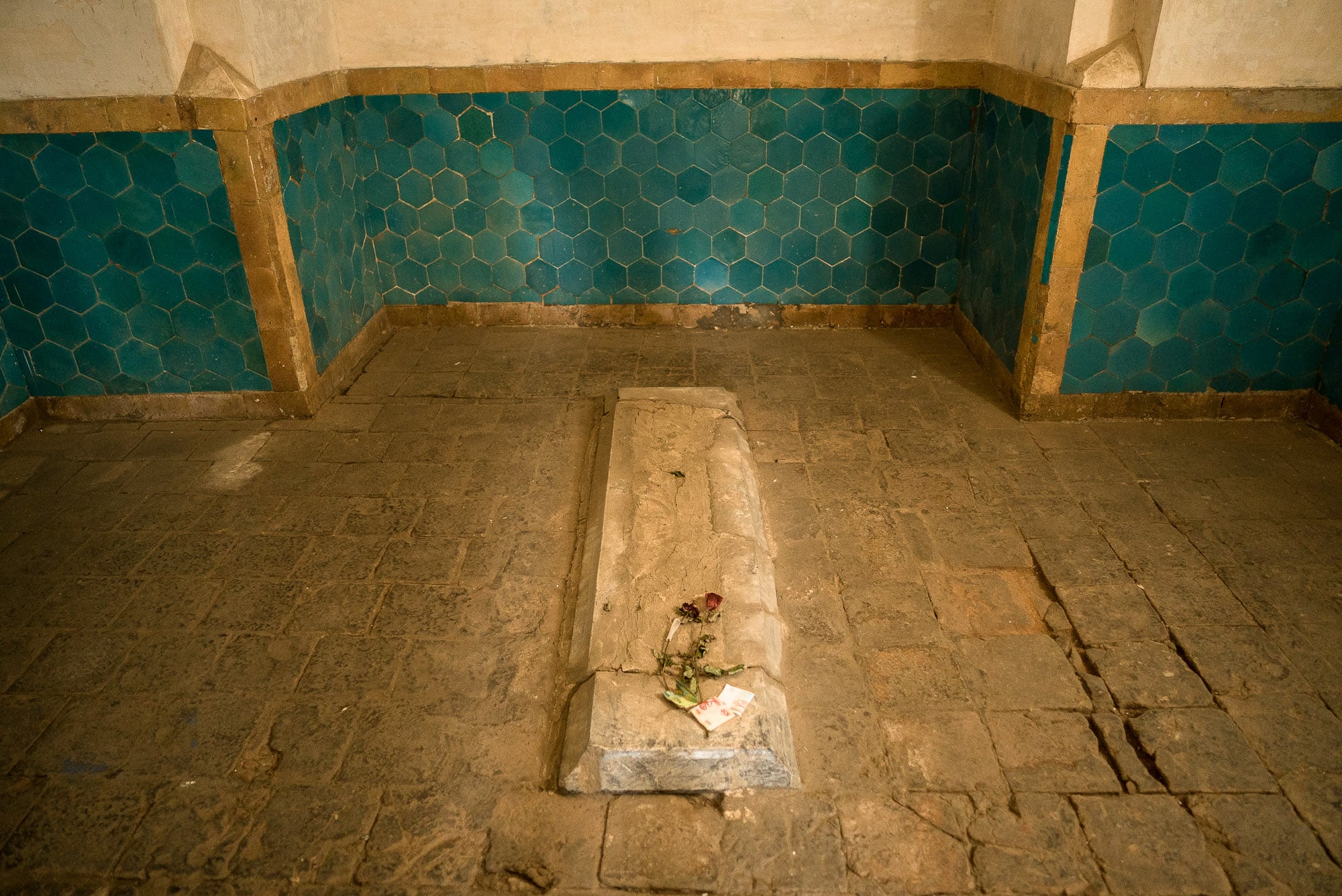 They were in Shah-i-Zinda, a mausoleum complex in the northern part of the city: 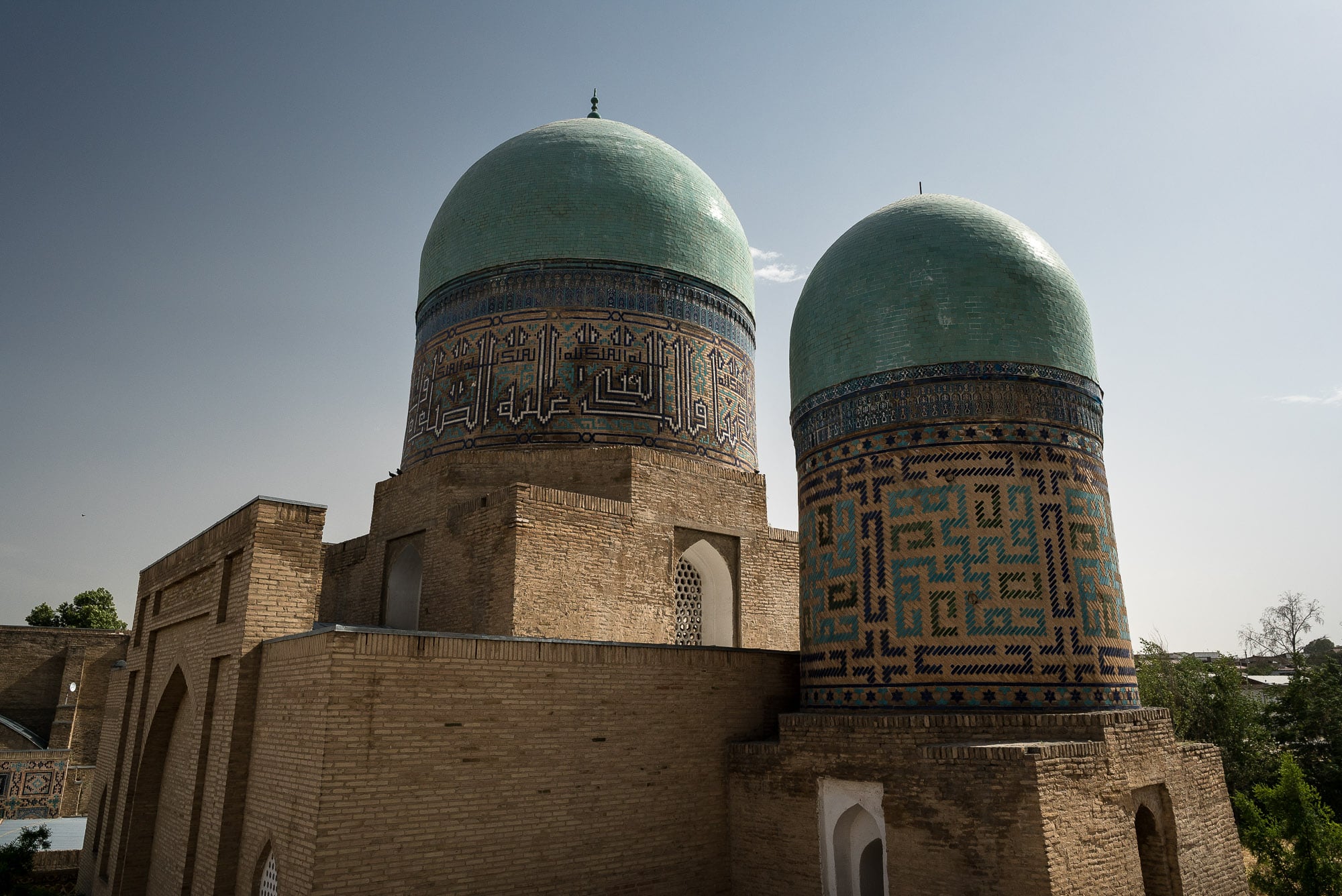 The site was fairly large: 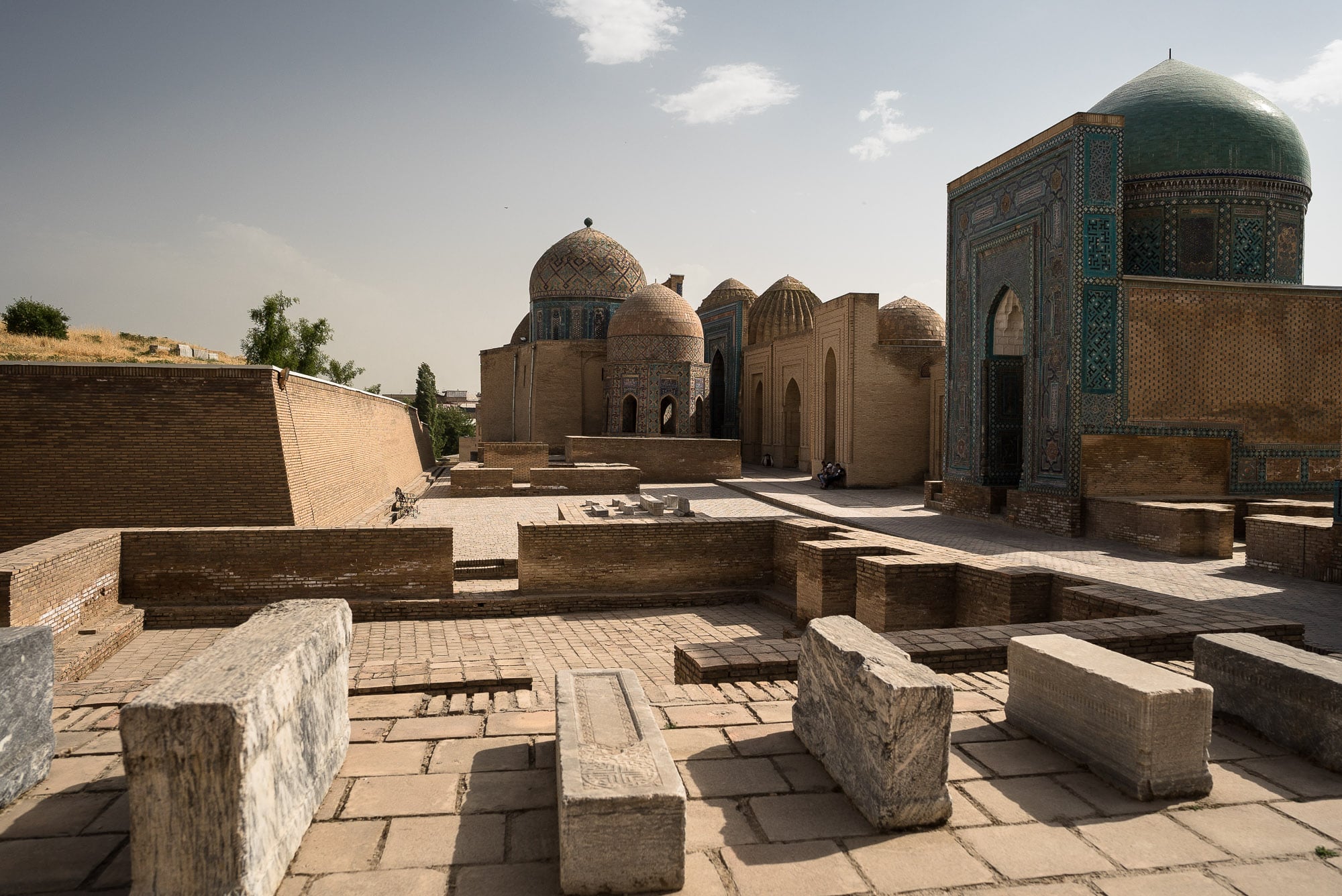 Some of the mausoleums were richly decorated: 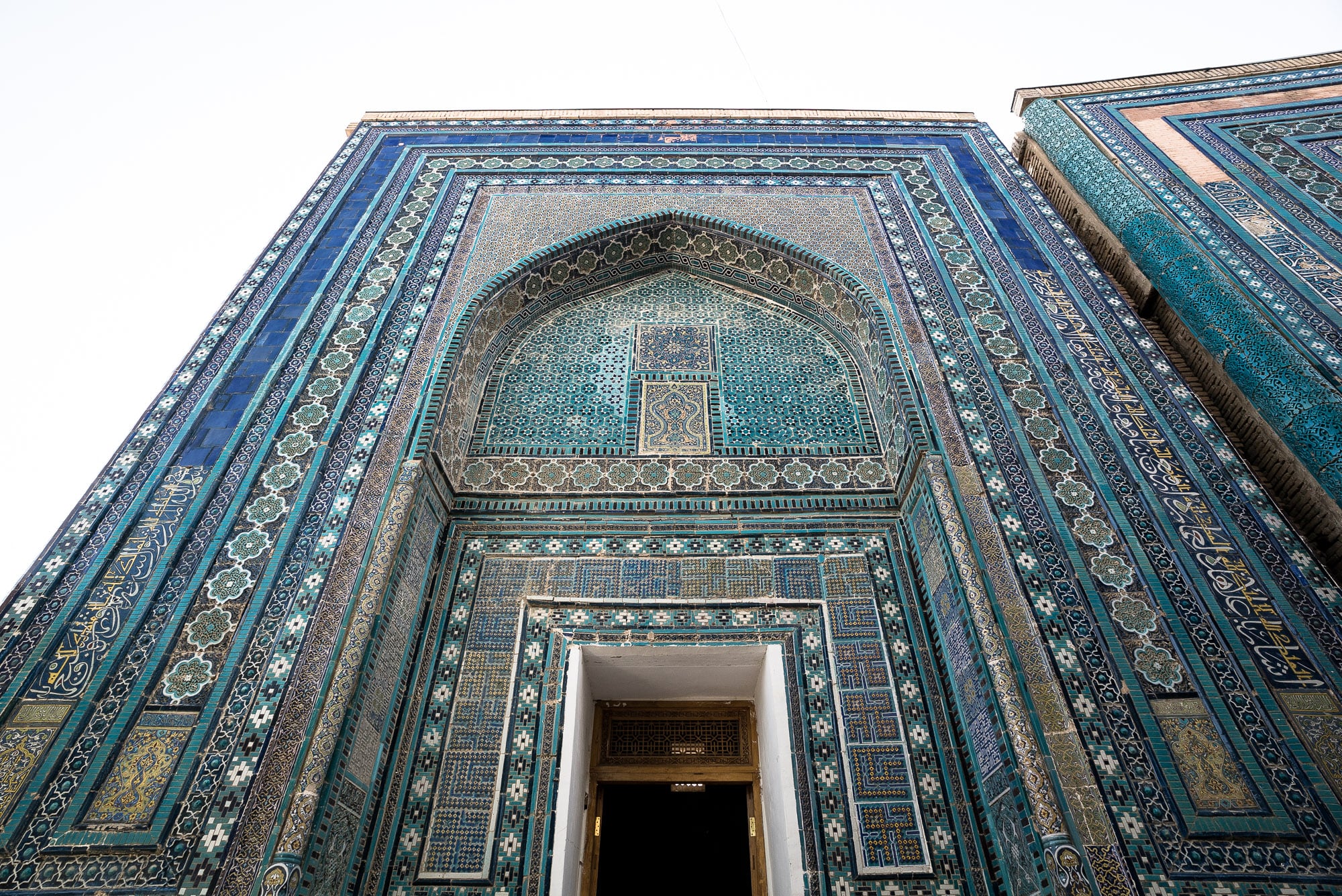 While others looked rather simple – but only from the outside: 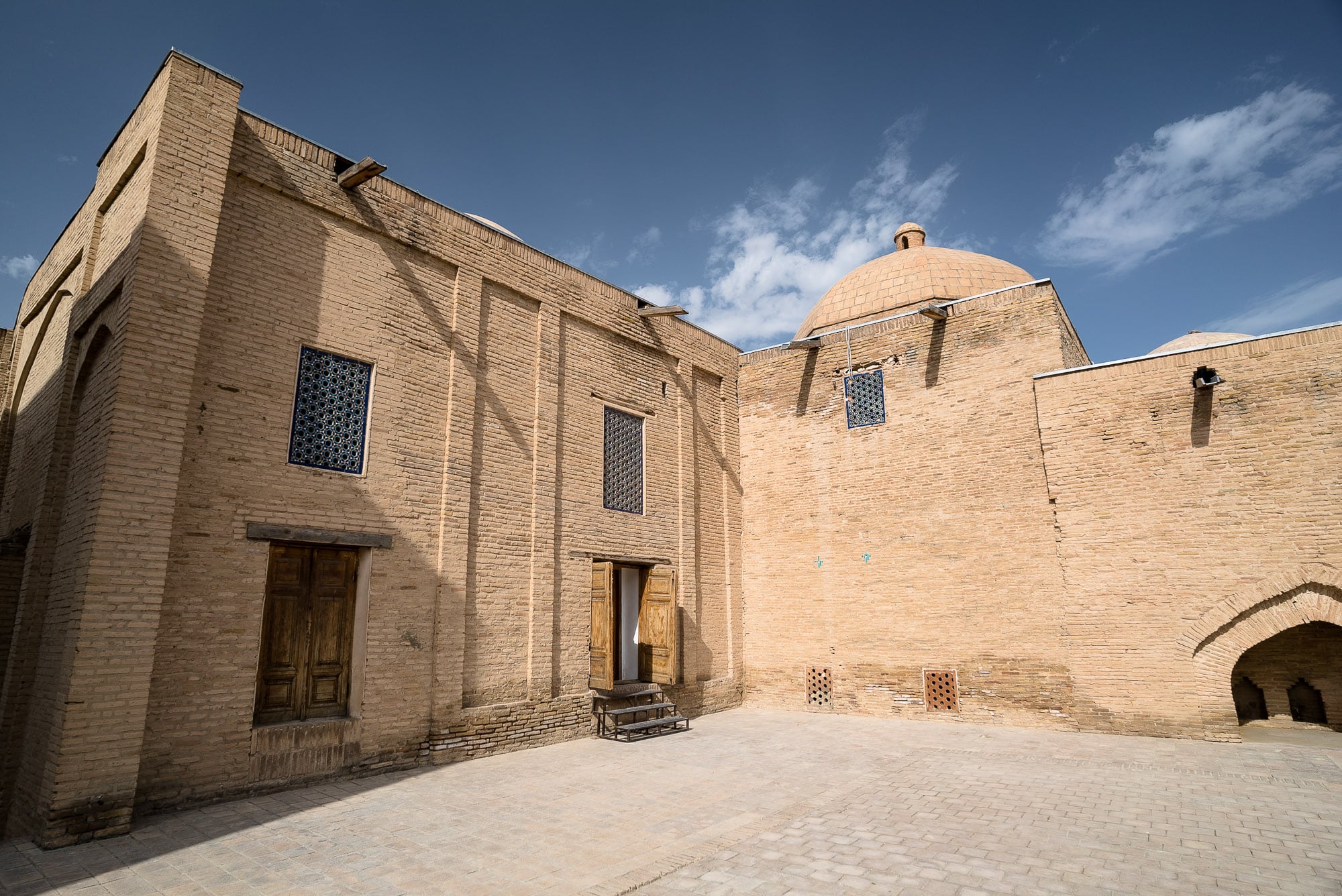 Because from the inside, every single one… 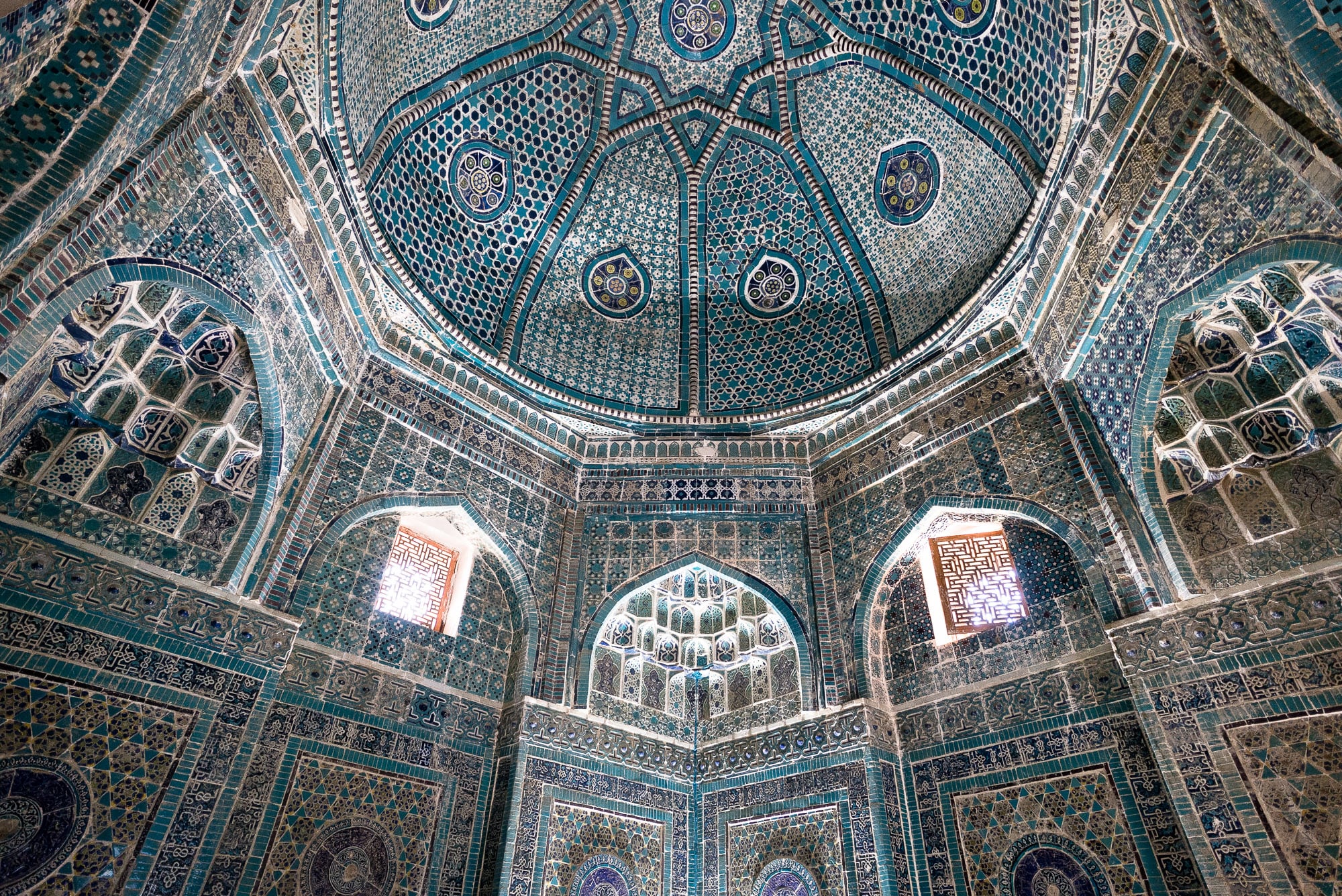 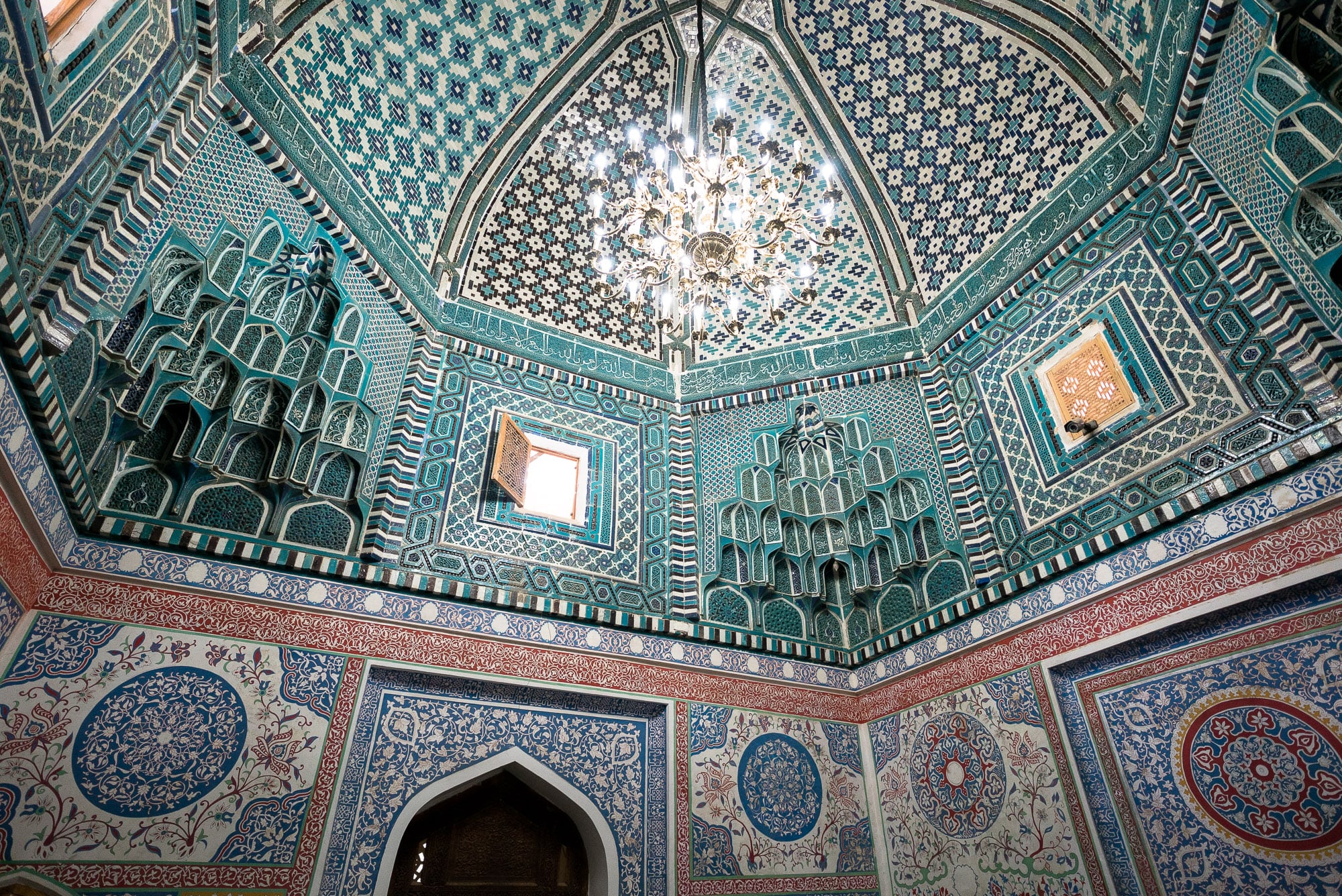 It was all in the tiles: 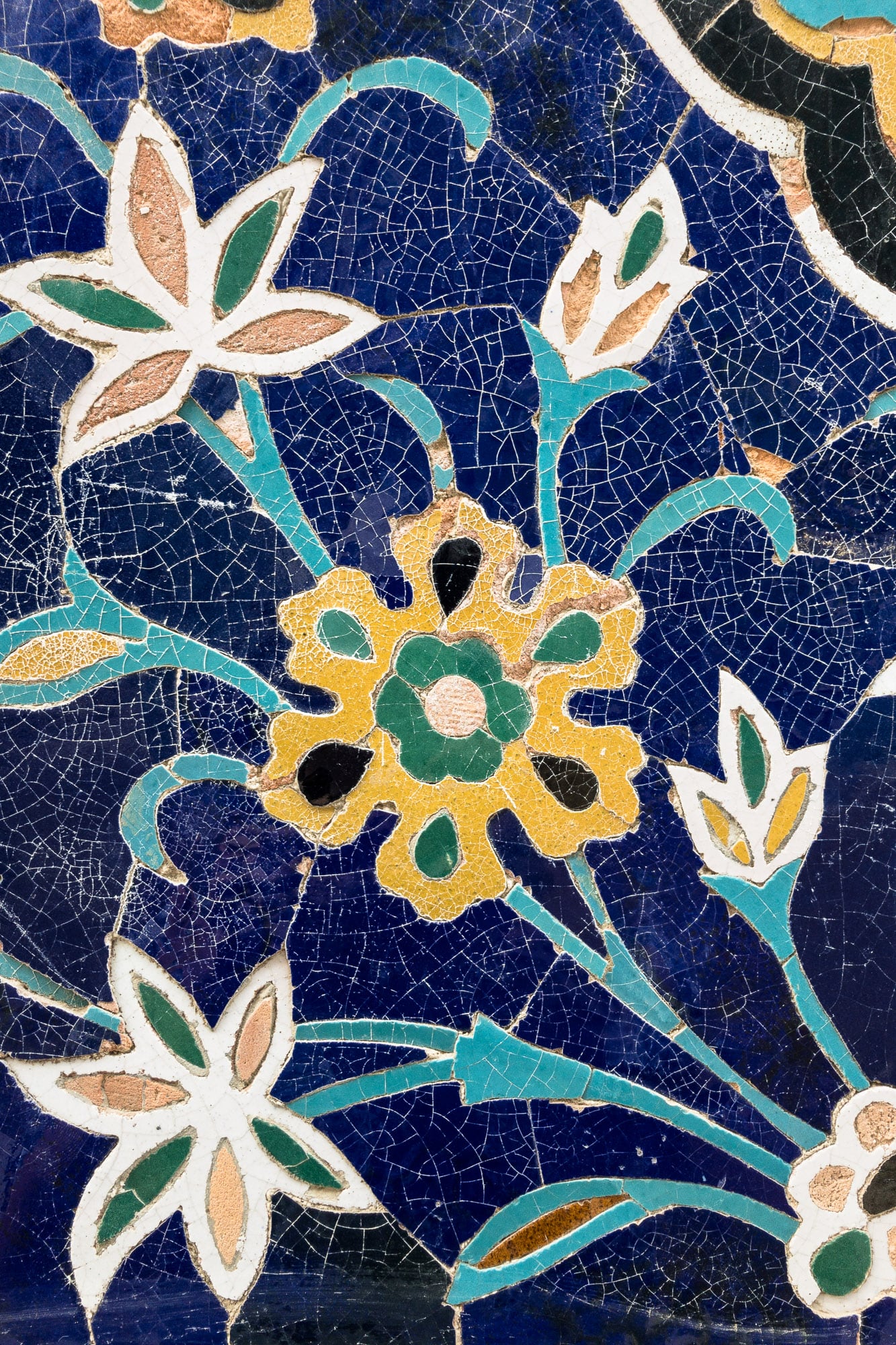 Then we went to Bibi-Khanym, the place that had me so excited the first time I saw it (when I thought it was the Registan): 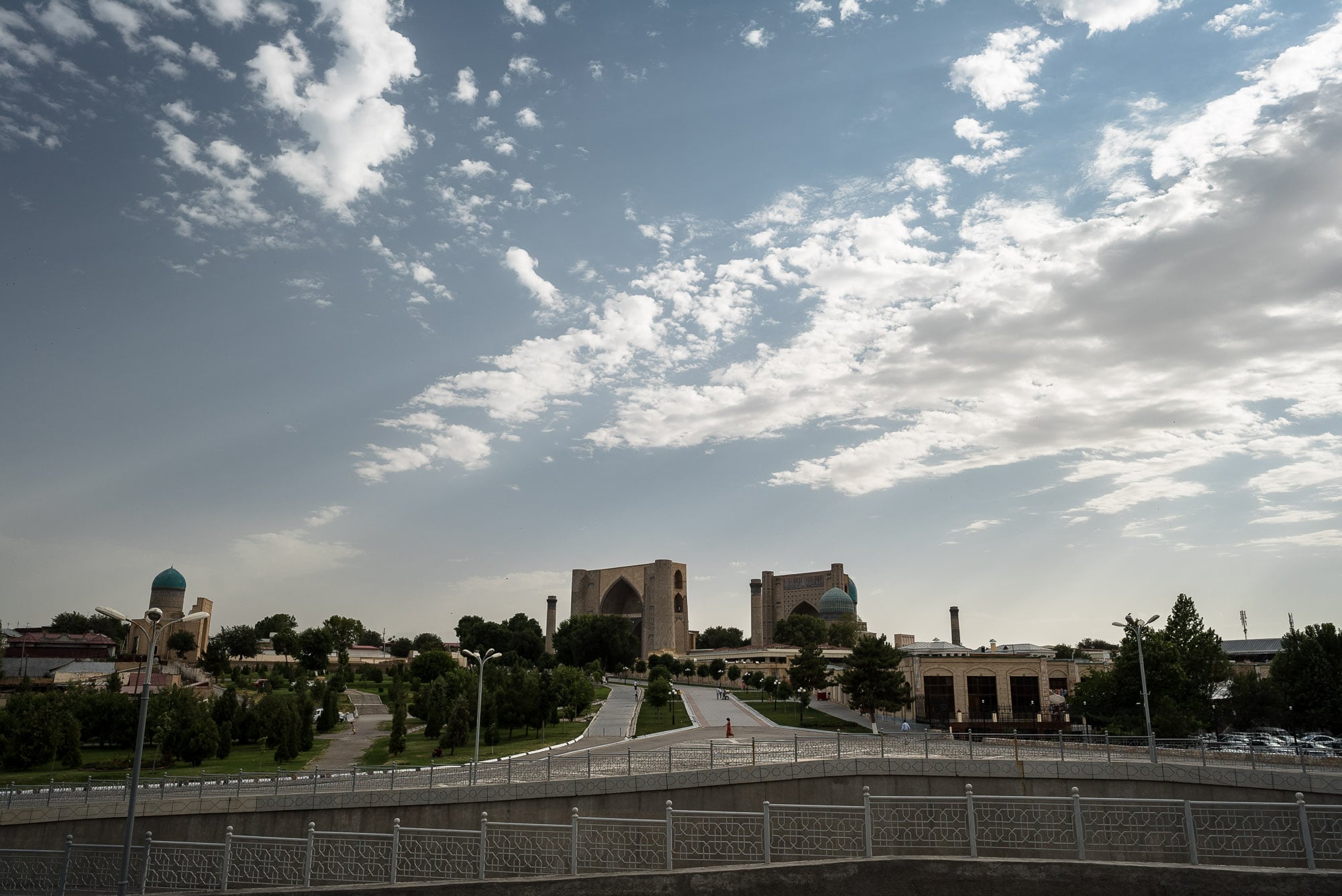 Actually, it is totally within reason to be excited about Bibi Khanym. After all, it used to be one of the biggest mosques in the world. Even if it was merely an empty shell today: 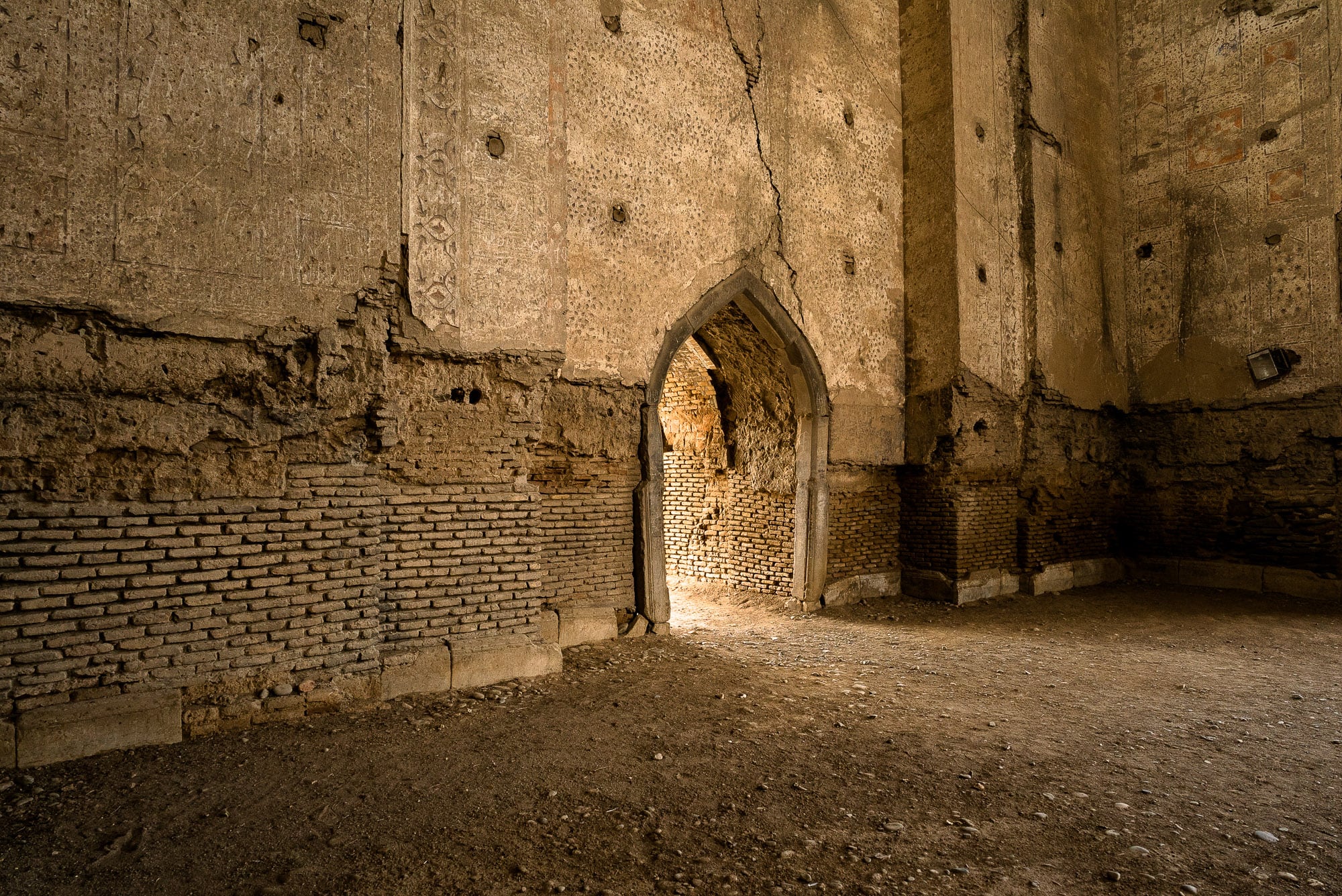 Or a ruin, whatever you want to call it: 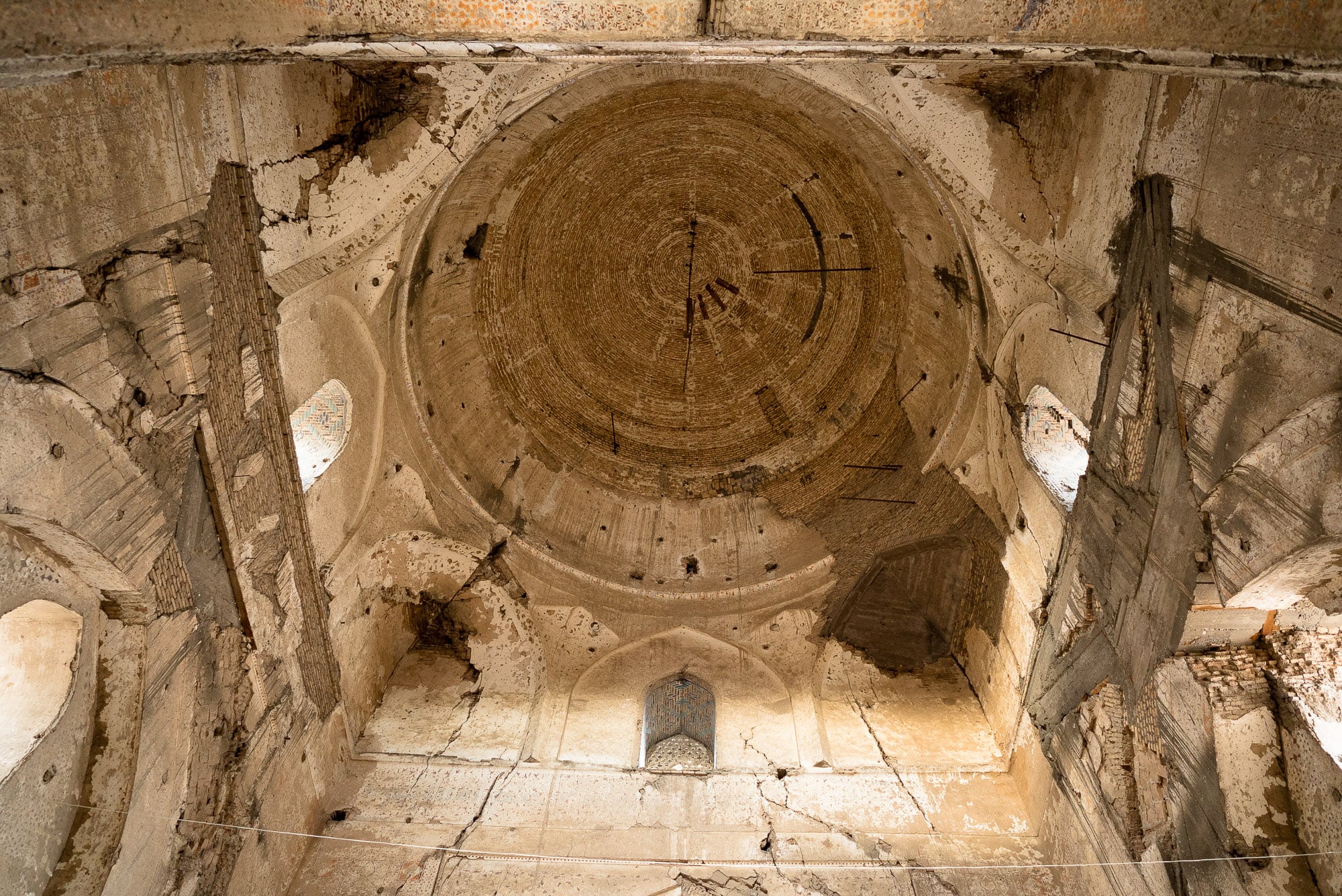 Taking pictures there was fun:

We went to the Registan after this and looked at the sunset: 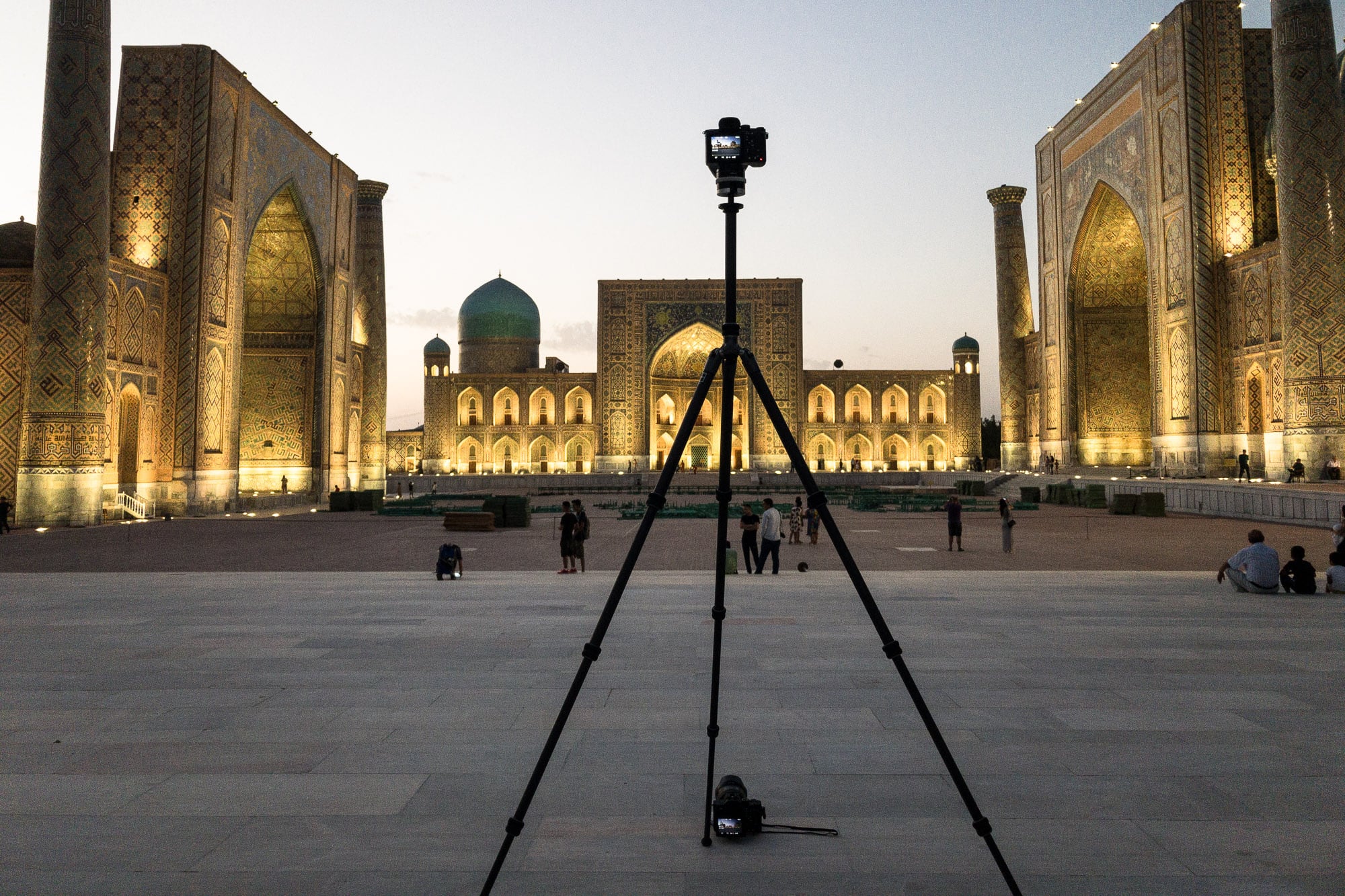 It was beautiful, especially since the light installations at the Registan were just white, unlike in many other places in Central Asia, where monuments were illuminated in all kinds of colors. 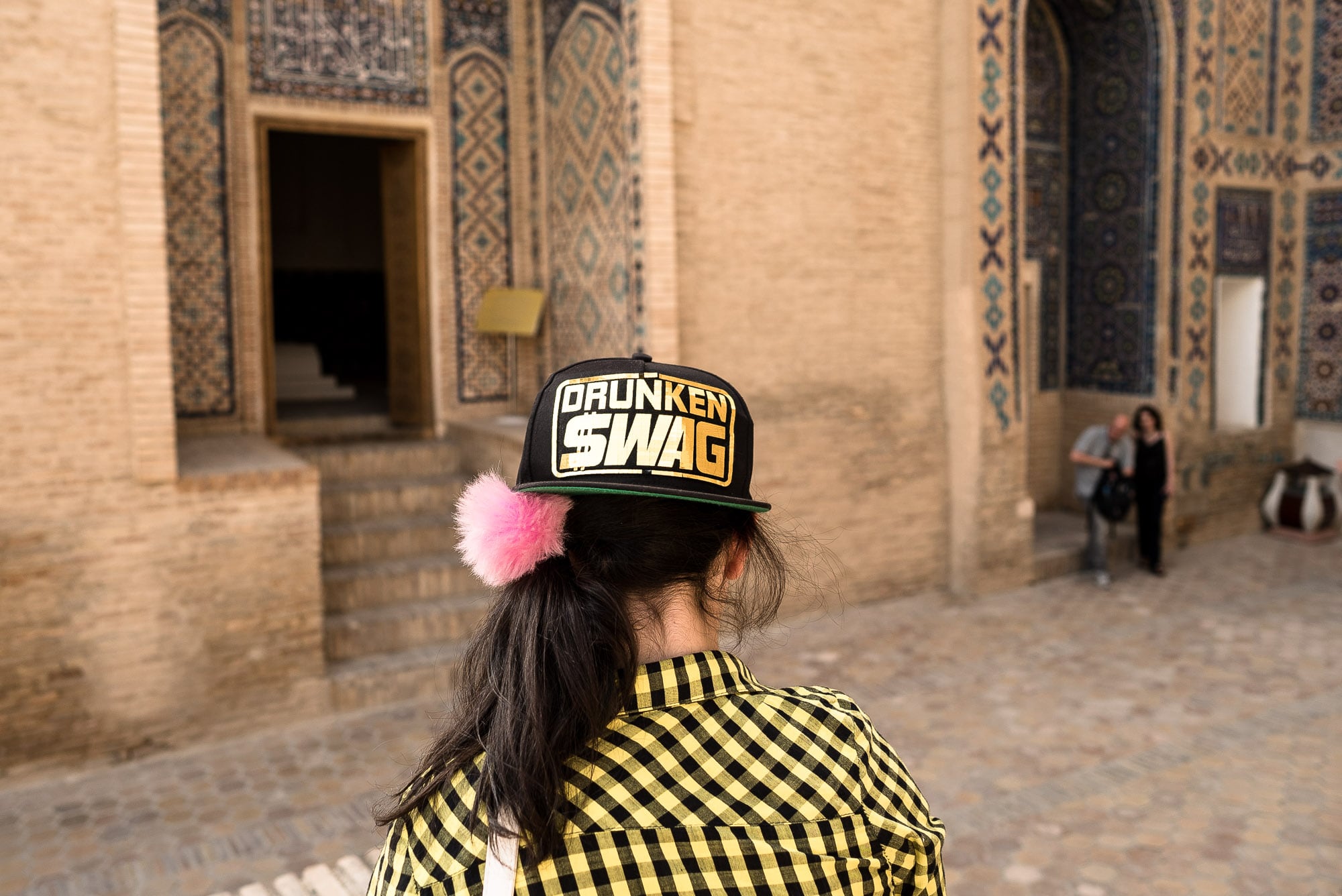 She seemed to have it all figured out.