There was a palace called Nurullaboy Saroyi just outside of Khiva’s gates: 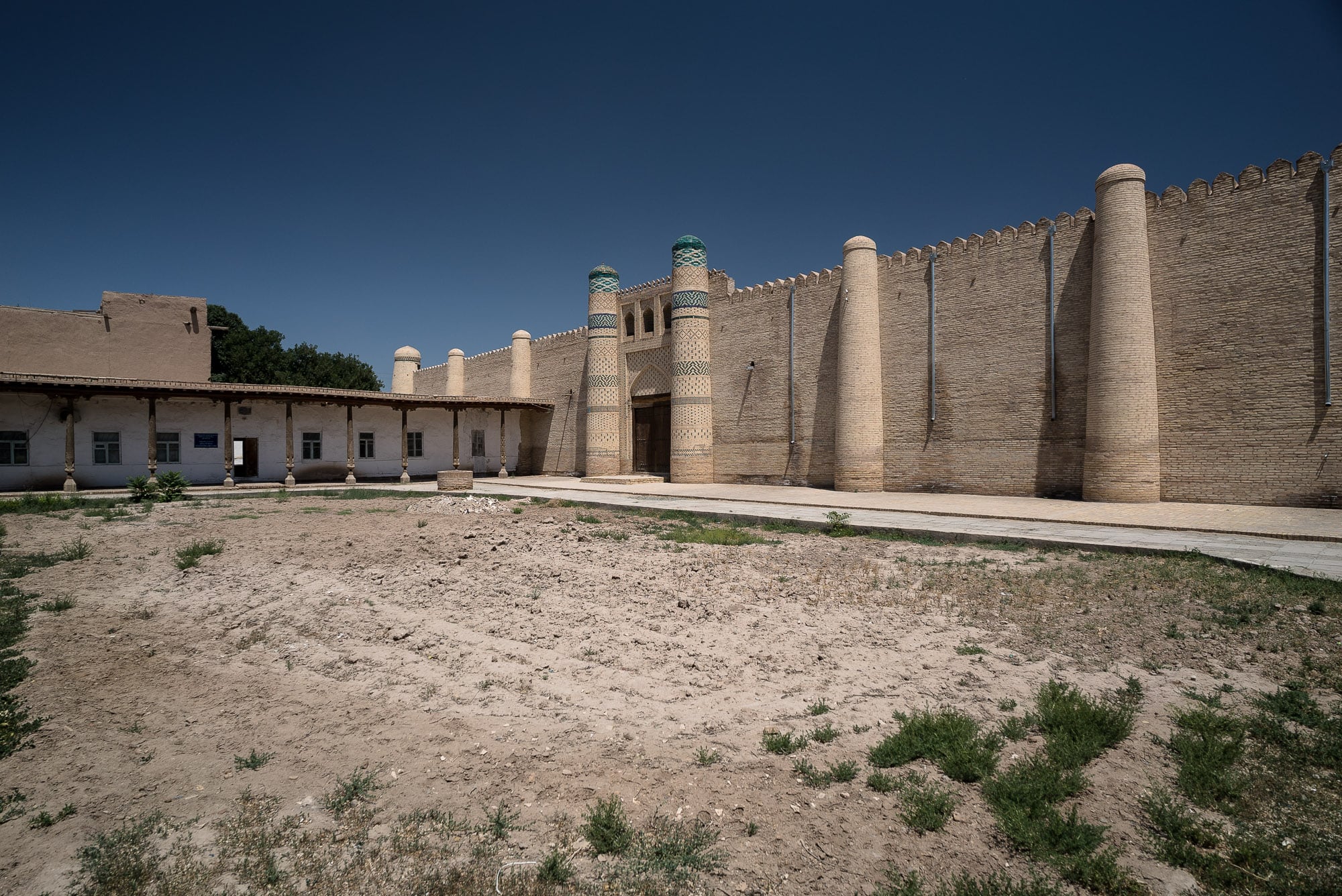 It was apparently well worth a visit, but alas! it was closed for renovations, as we were told by this friendly lady: 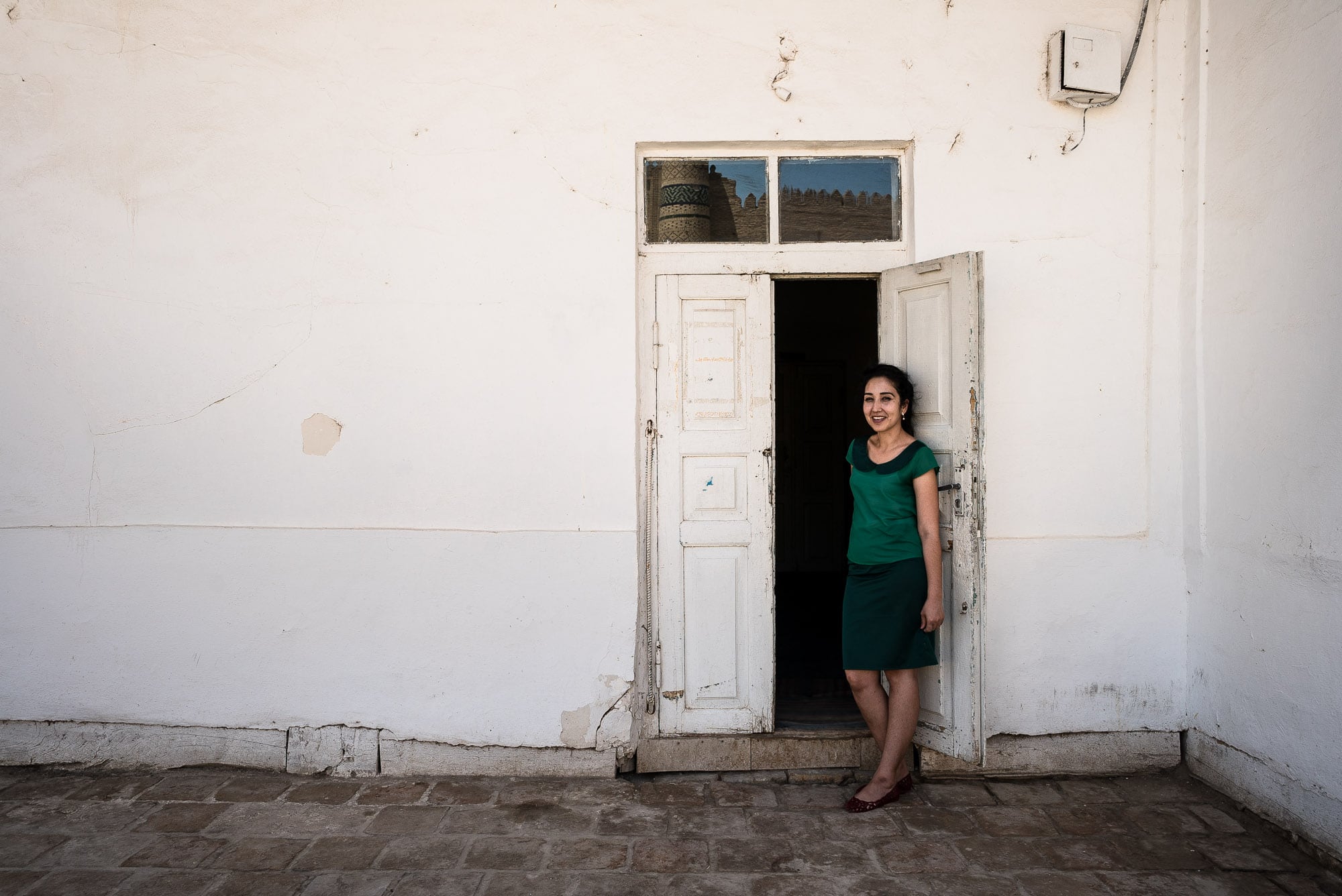 We had already booked train tickets to Samarkand, so we just got some ice cream and sat down in front of Kalta Minor, a big fat minaret that was so big and fat that it had never been finished: 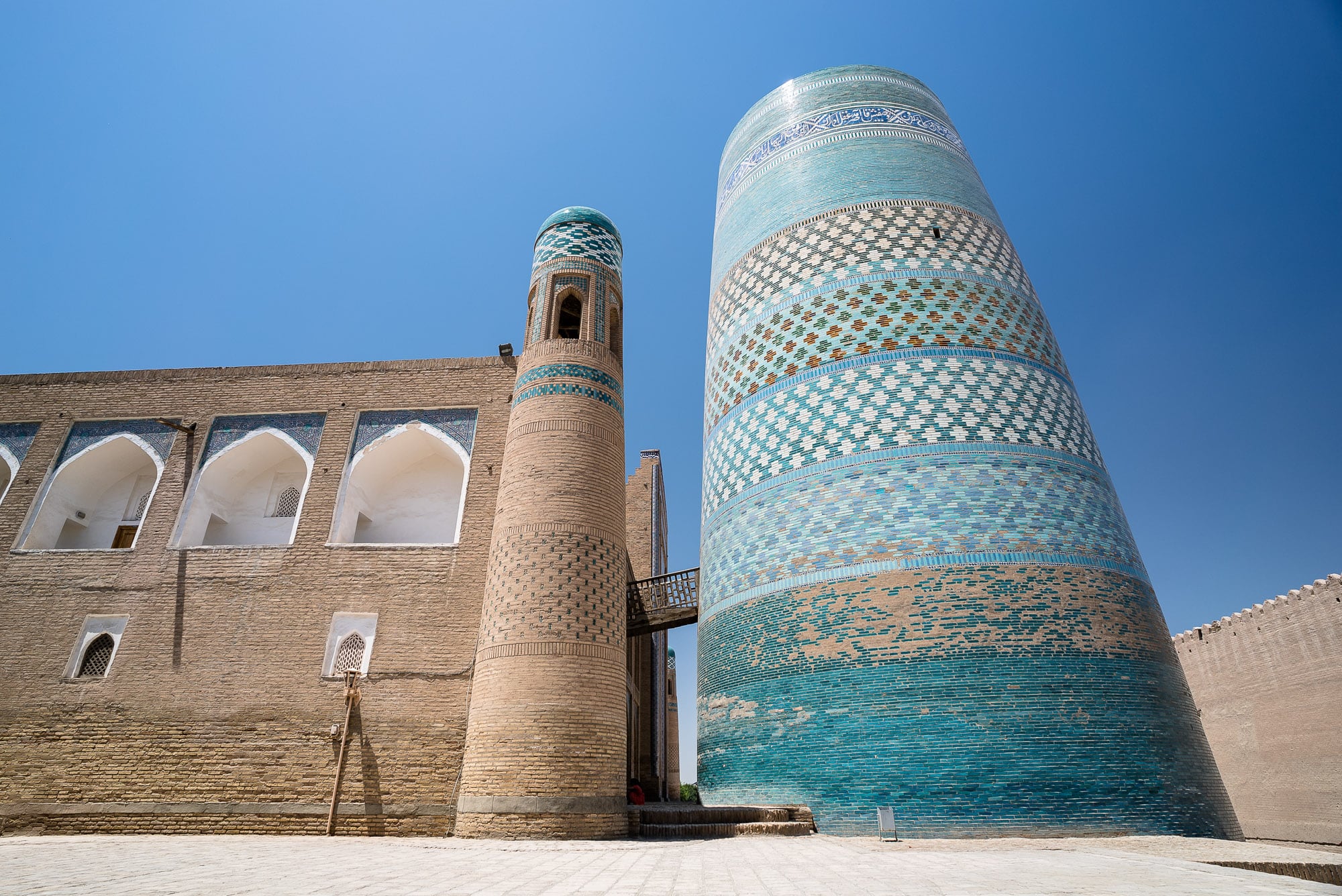 This reminds me of an episode many years ago. I was sitting in a class about Piet Mondriaan, and the teacher was telling us about horizontal lines and vertical lines in art. “Generally speaking” she said, “the horizontal signifies the female, while the vertical stands for the male.”

We looked at her without understanding, so she explained: “You see, the vertical line symbolizes the phallus!”

Blank stares from us, and a deep sigh from her: “Okay, so it’s basically all just a bunch of penises.”

Sitting here, looking at this big fat vertical tower protruding into the sky, I had to think of her words. Of course it would be rude to assume that ancient builders had sex in mind when they were building their minarets, but there seemed to be a certain male competitiveness involved anyway.

But anyway, the sky was blue, the sun was hot, and the ice-cream was tasty. And we were not alone: 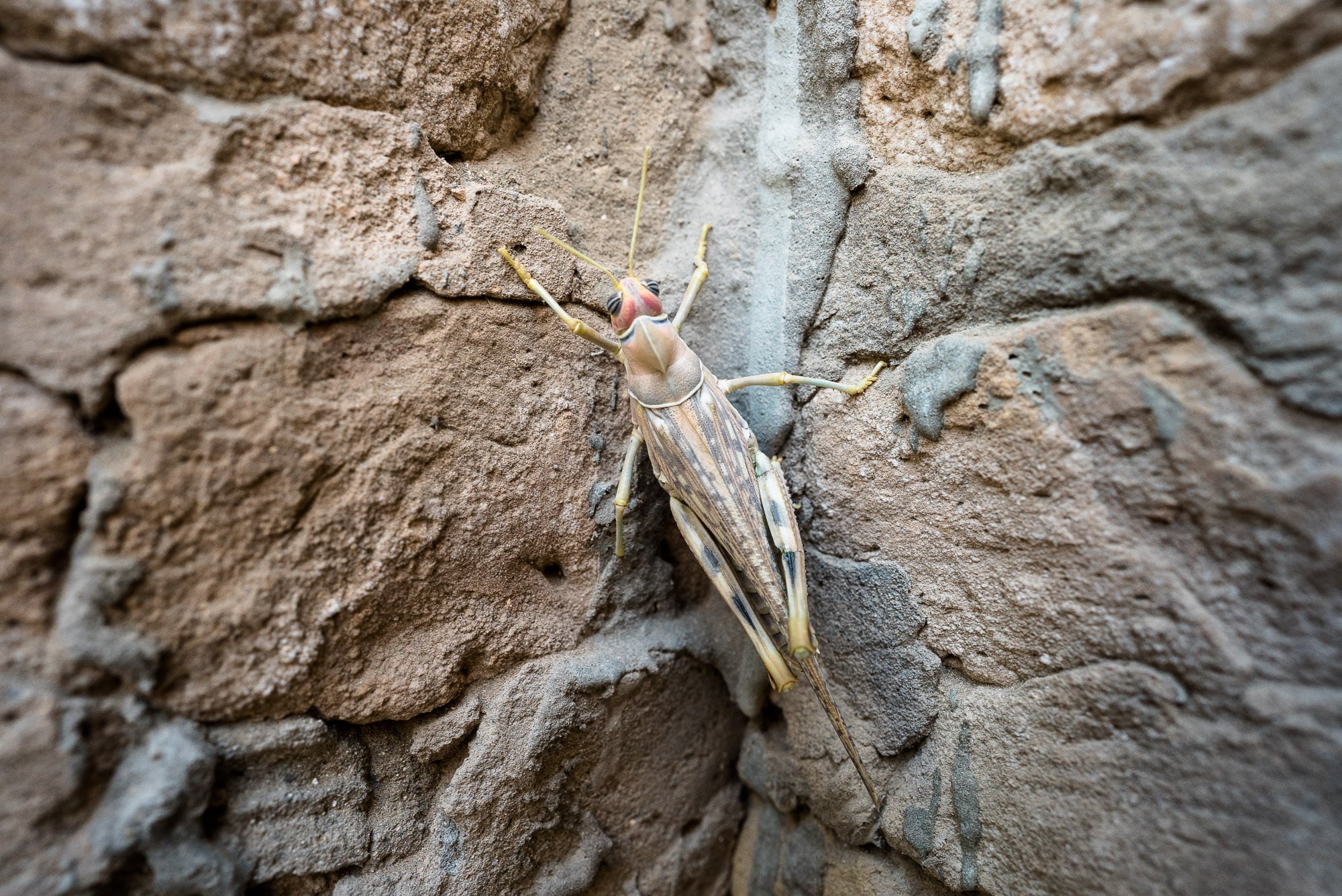 This guy waved us off before we left Khiva, and so it was all good.

Here are some timelapse impressions from our days there:

At about two in the afternoon, we went to Urgench train station and got on a night sleeper to Samarkand: 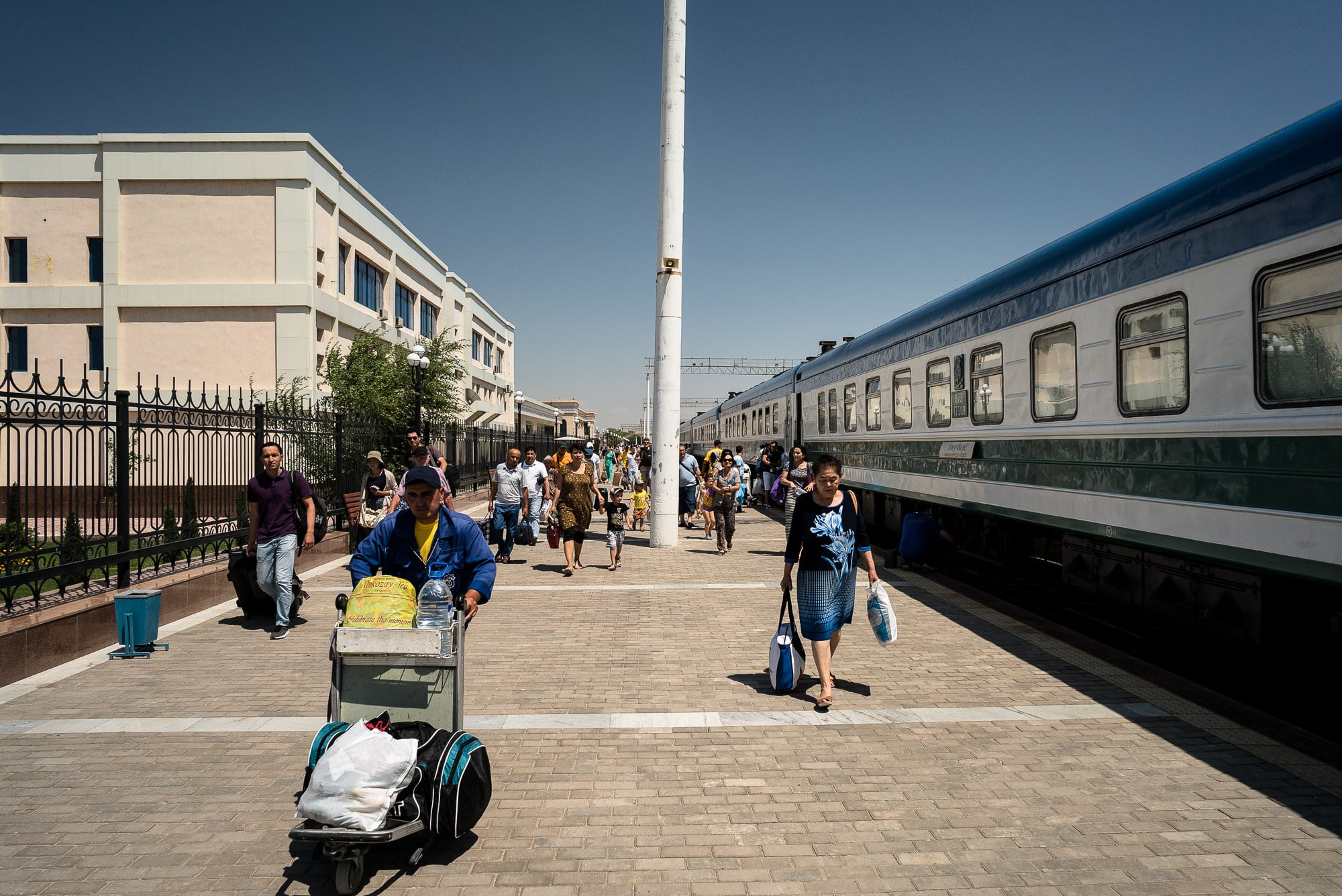 It took a while… 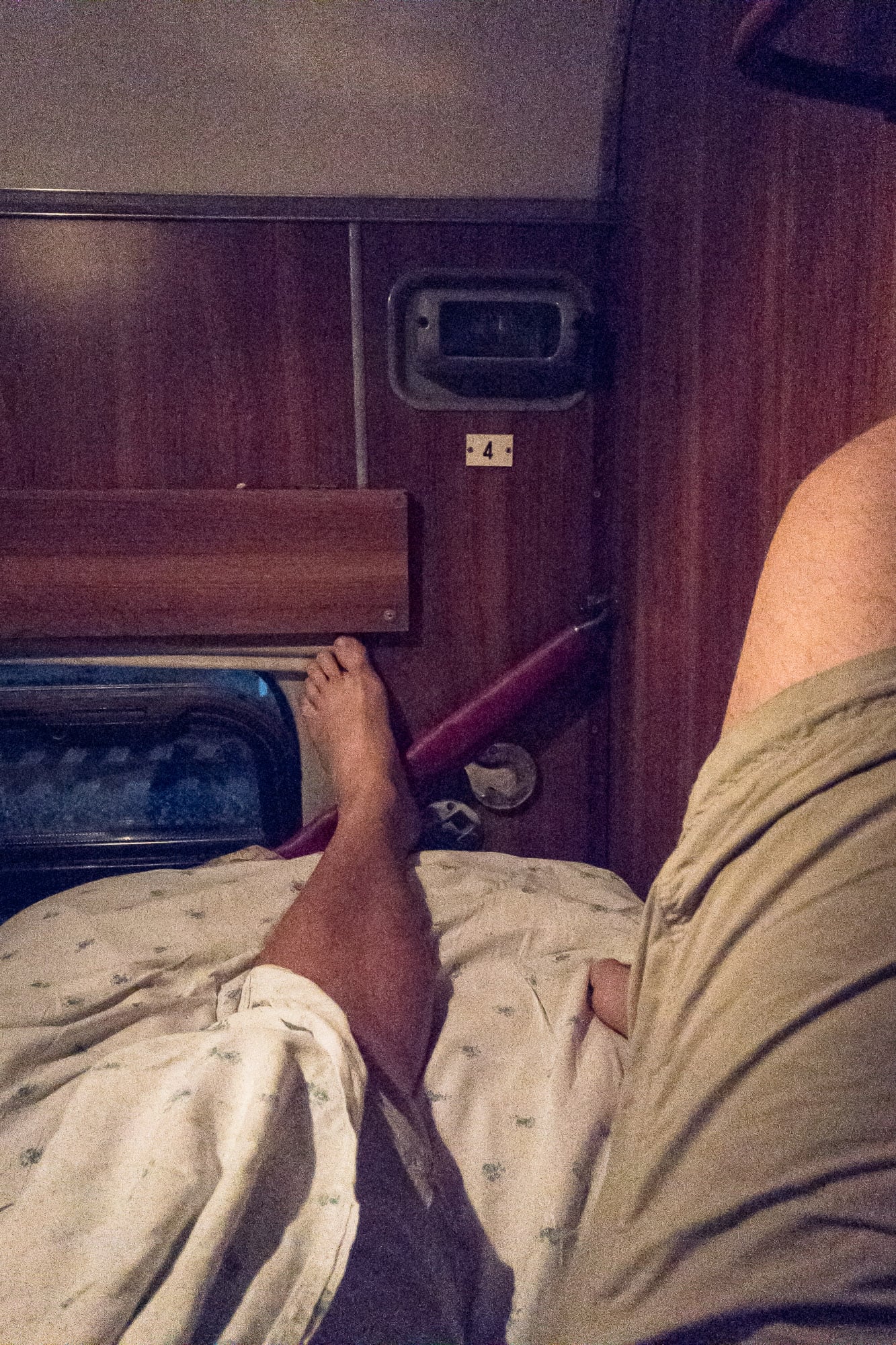 …until finally, at almost 4 in the morning, we were there… 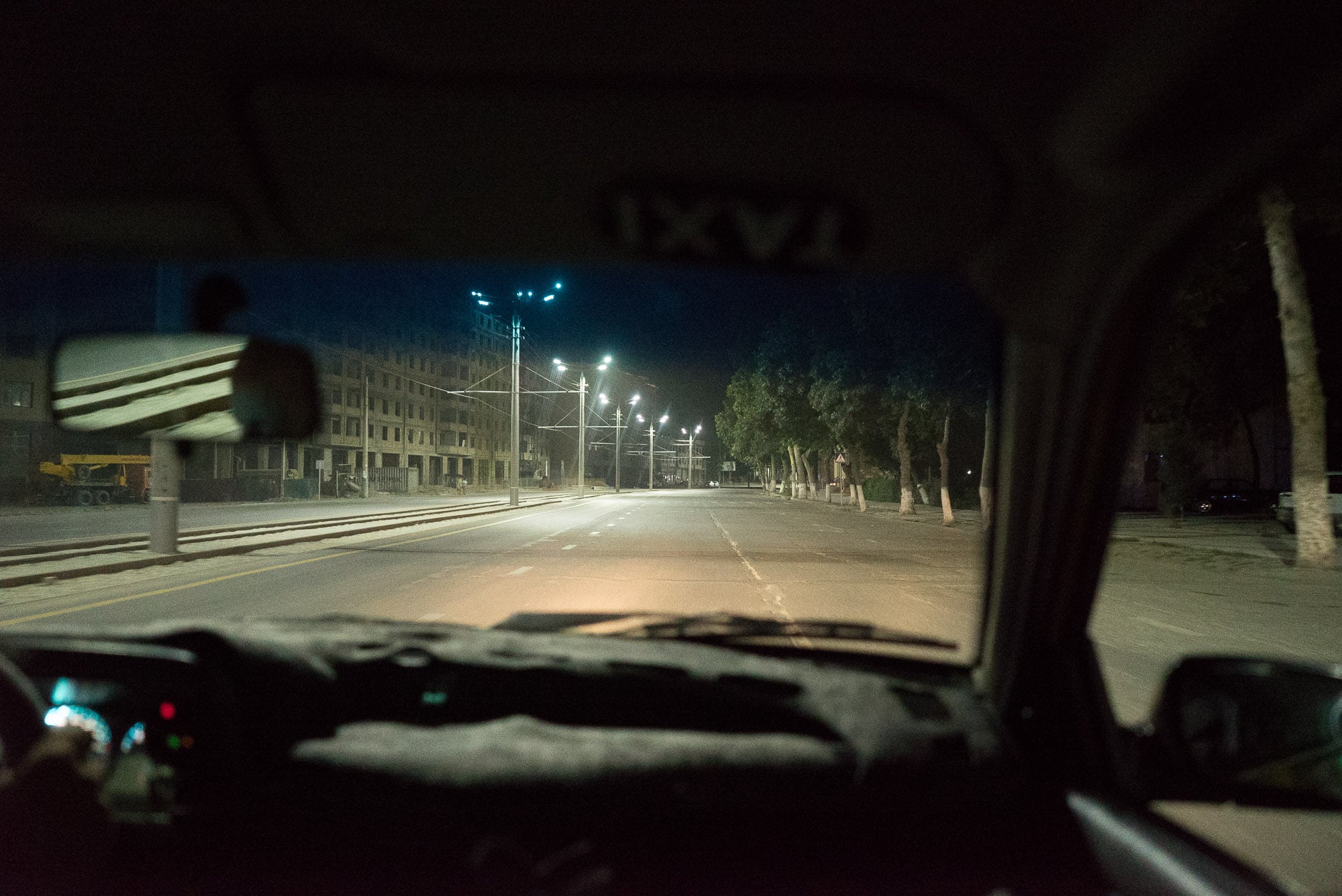 …in Samarkand, the pearl of the Silk Roads, the city of One Thousand And One Nights.

Speaking of which, I have been wondering about something else, and it also has to do with sex: today, when we think of the parts of the world that are predominantly Muslim, we perceive them as mostly conservative and sexually restrictive, right?

And how does belly dancing fit into all this?