We woke up late and had some fried fish in a restaurant outside of the city walls: 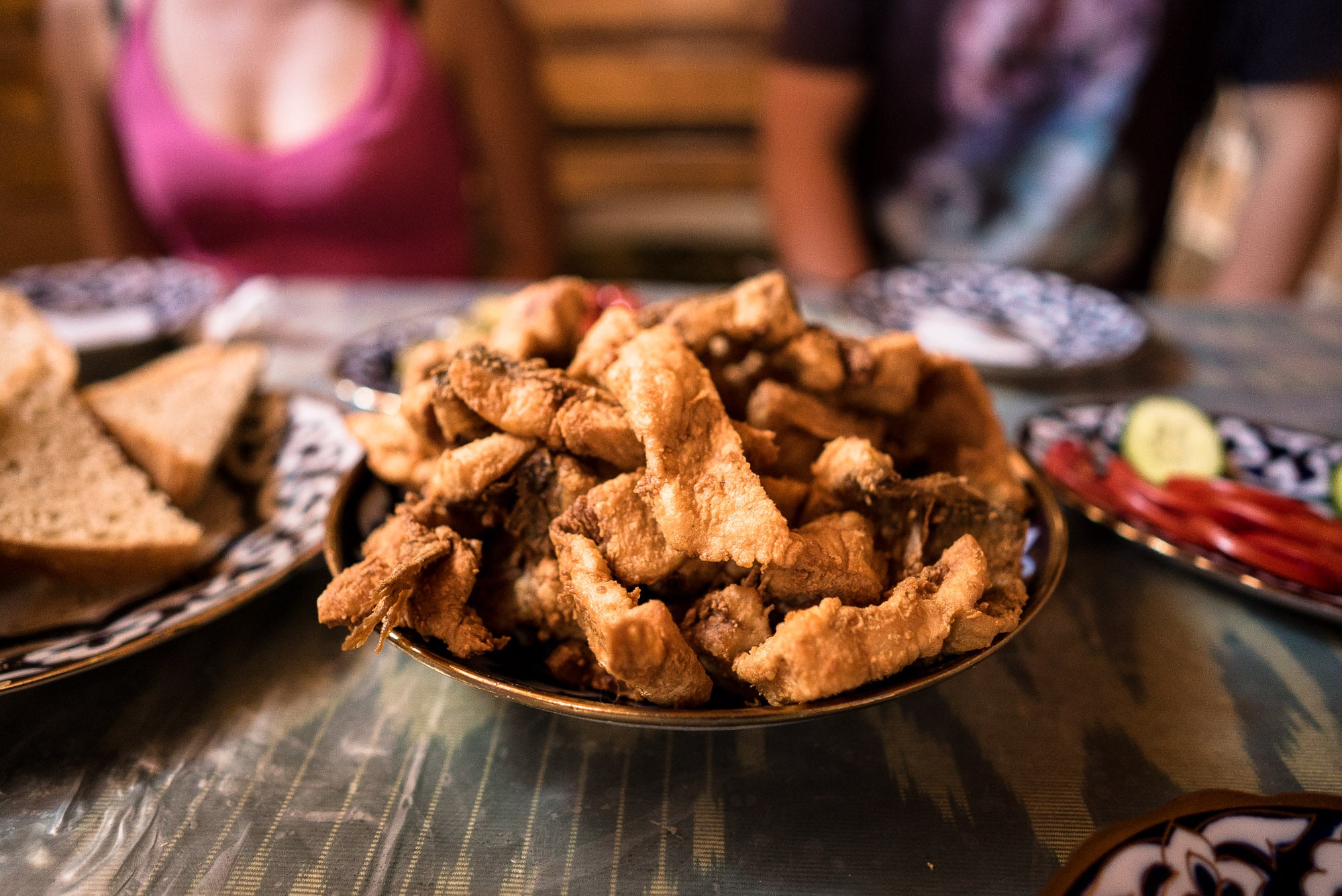 There were things to see there as well… 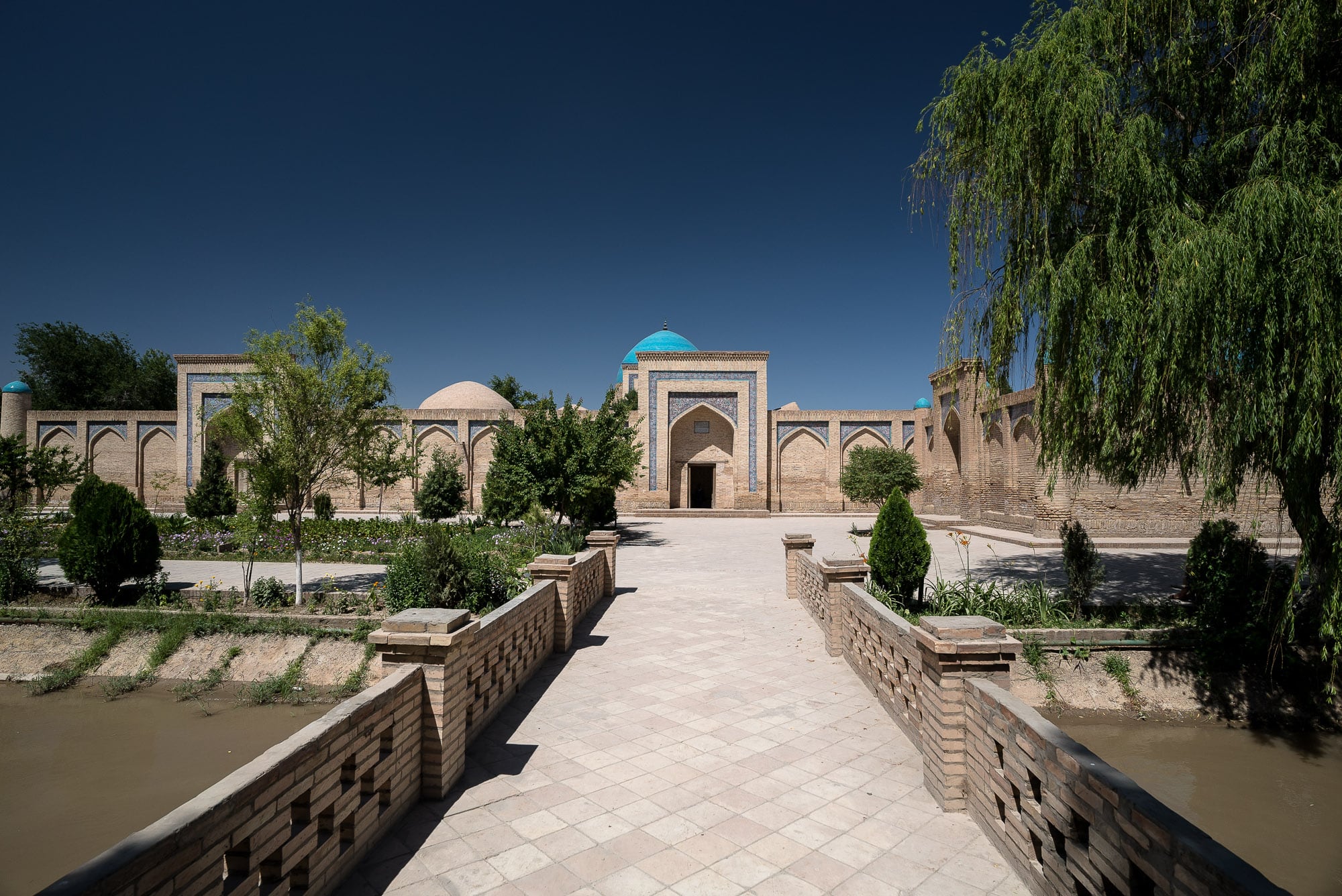 …but we ignored them and went back to the old town. To Tash Khauli, to be exact: 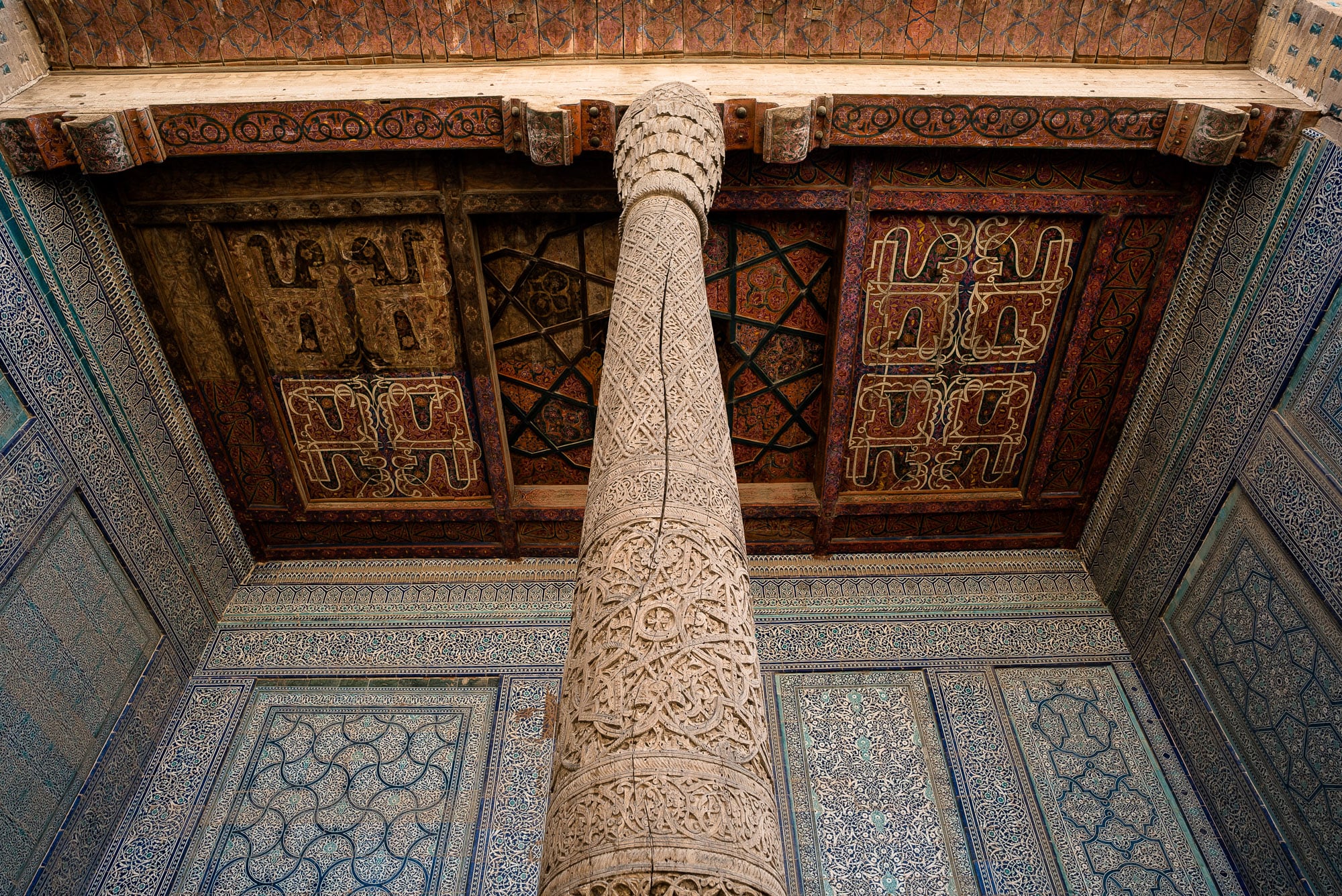 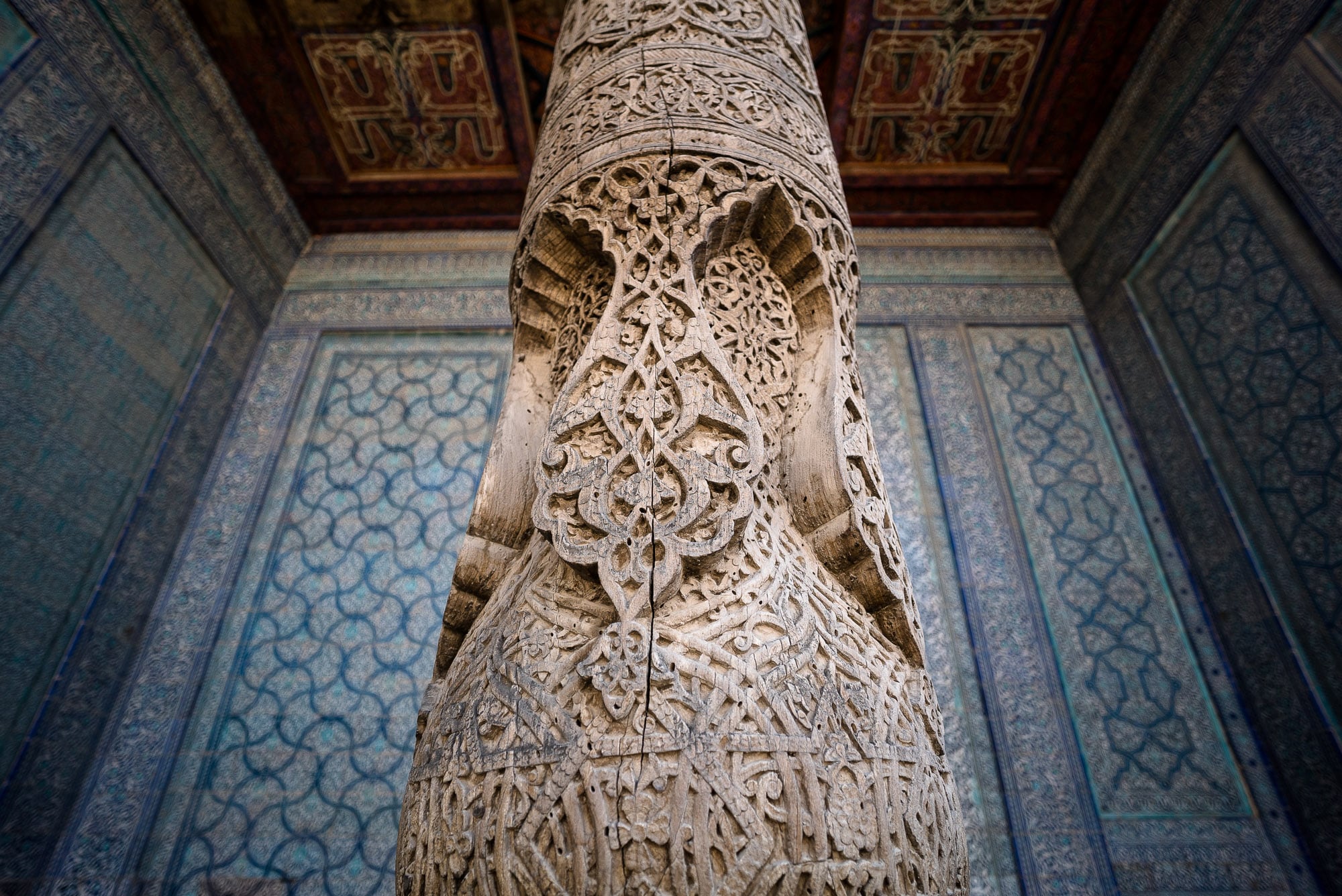 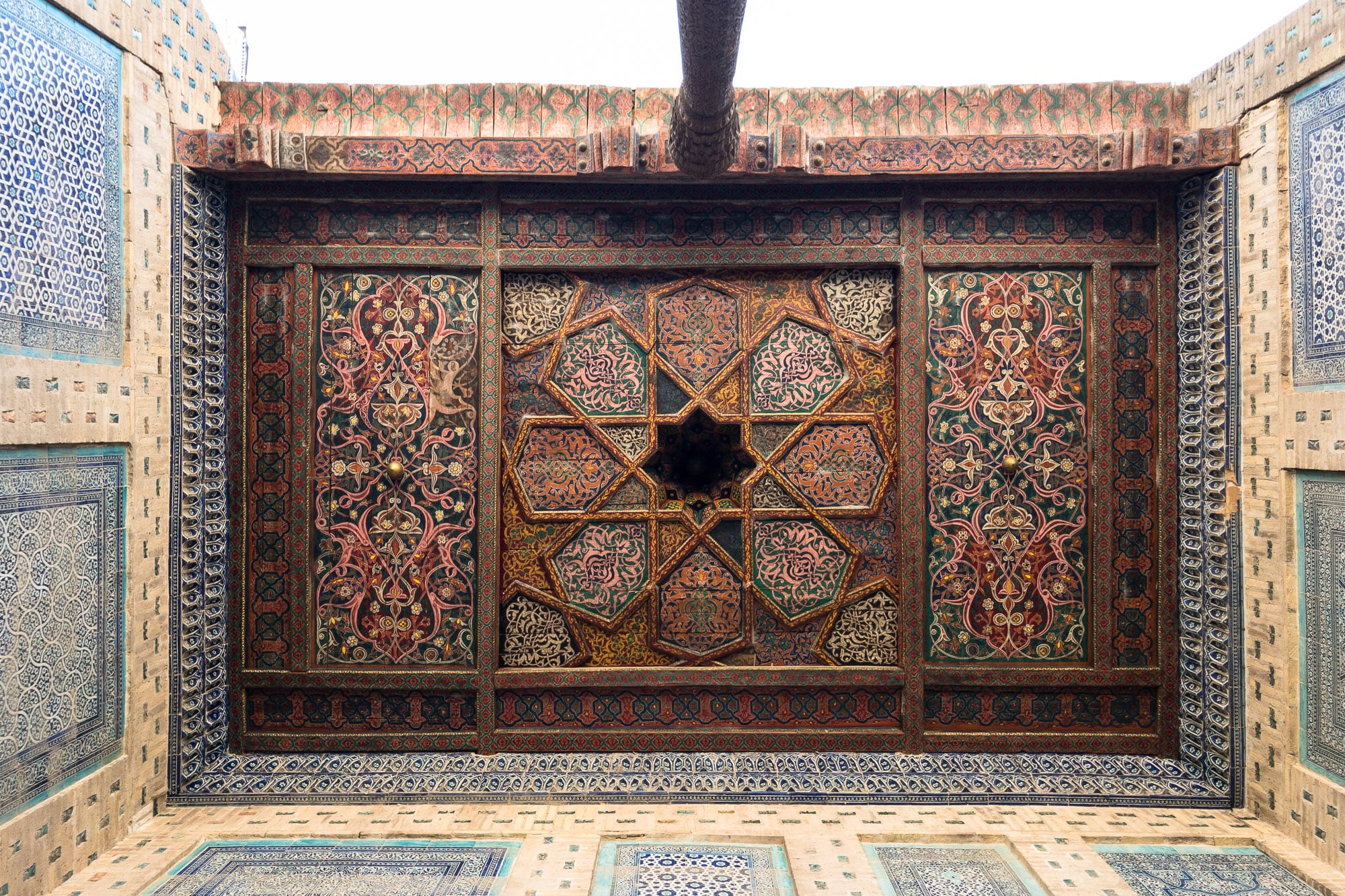 There were some Uzbek tourists, some of which were into taking photos… 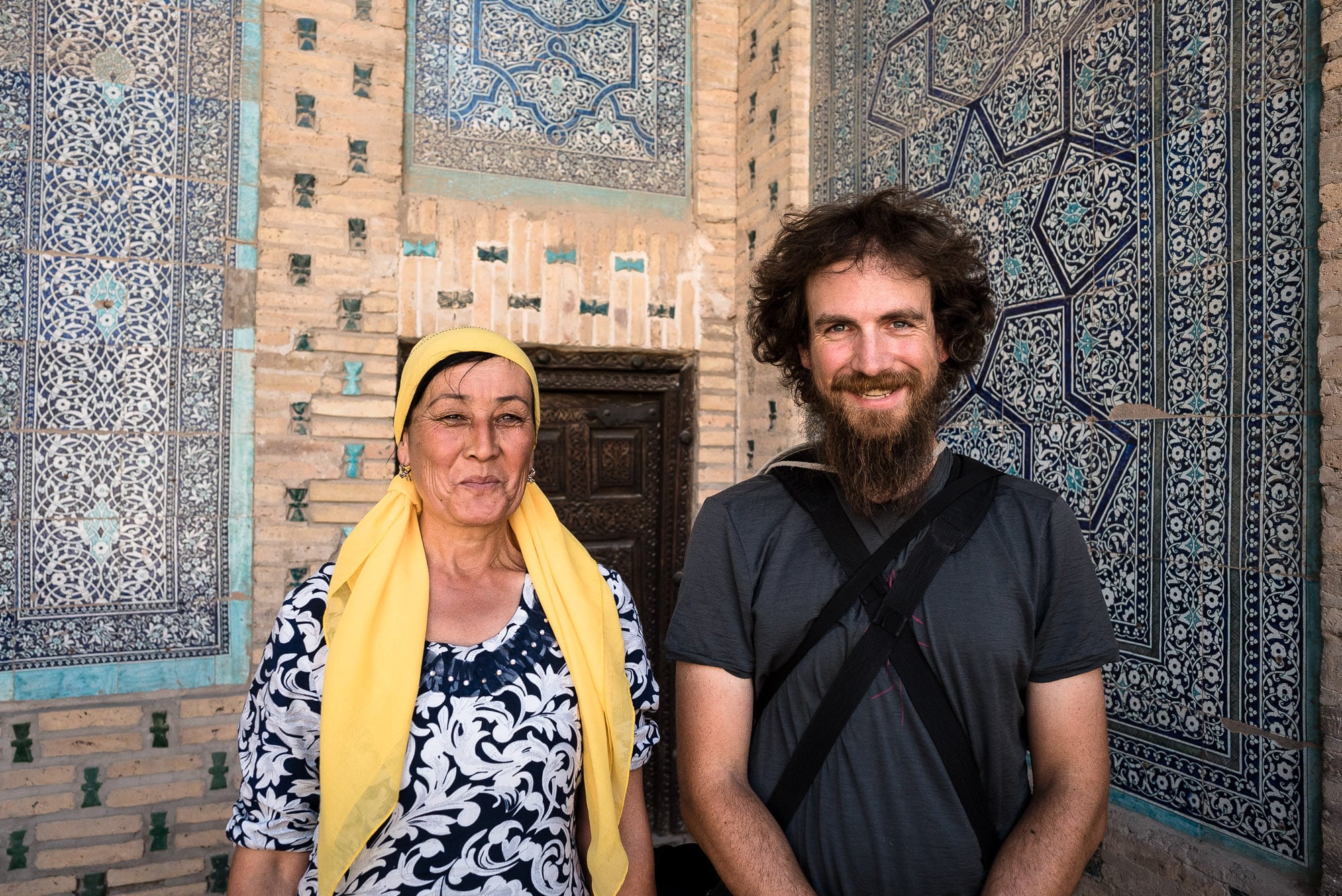 …while others seemed to be more into singing and dancing: 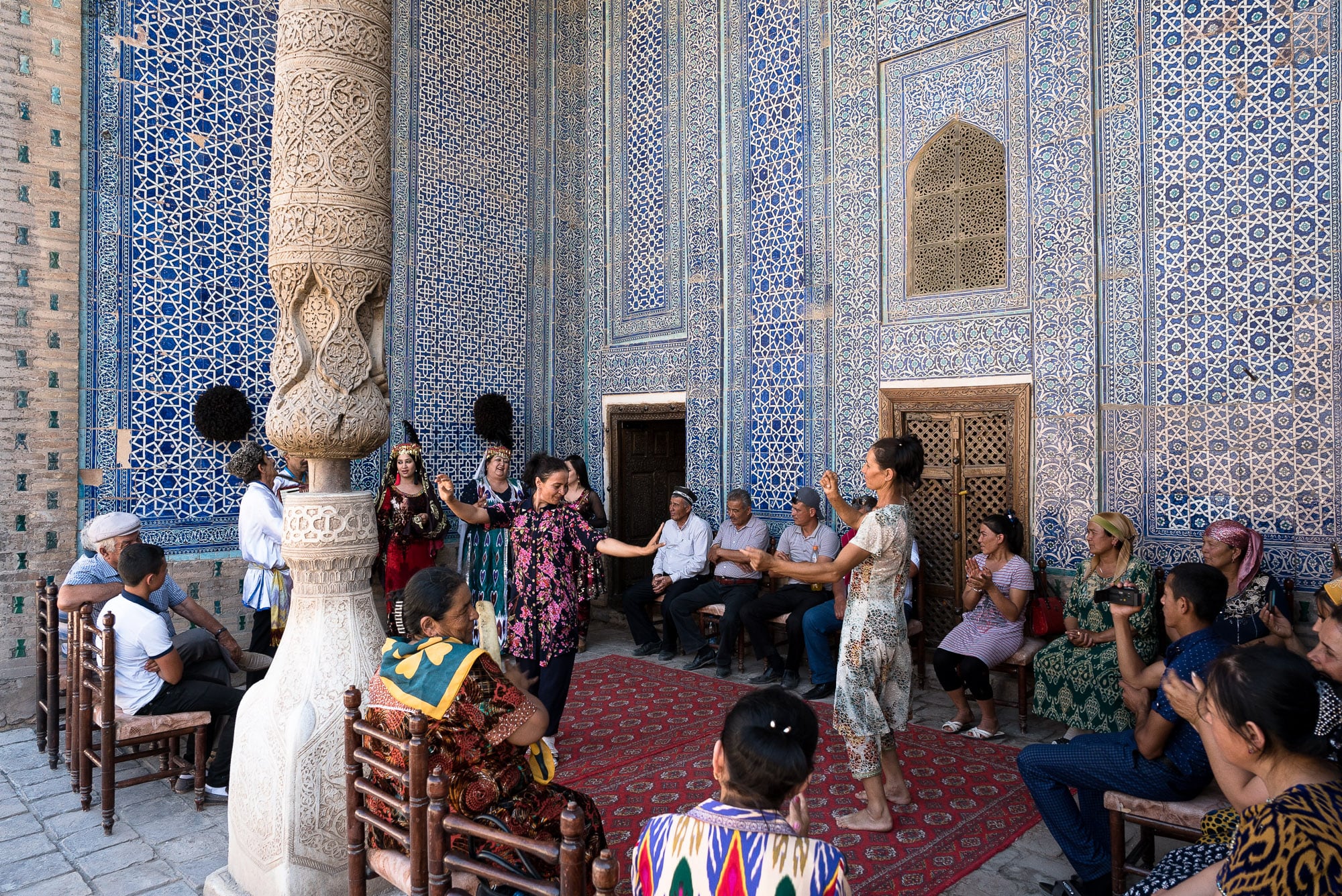 We wandered around in Khiva’s alleys for a while… 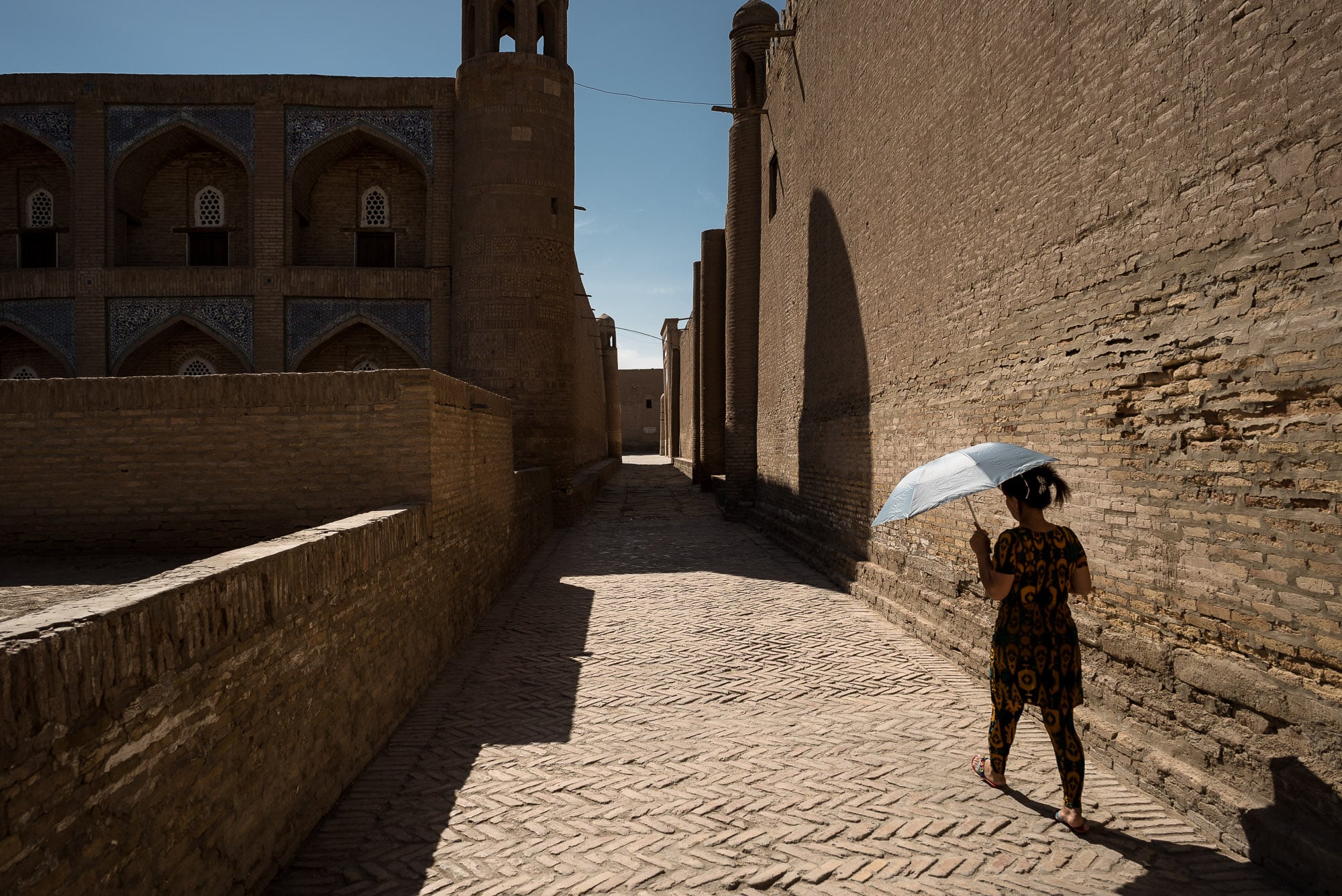 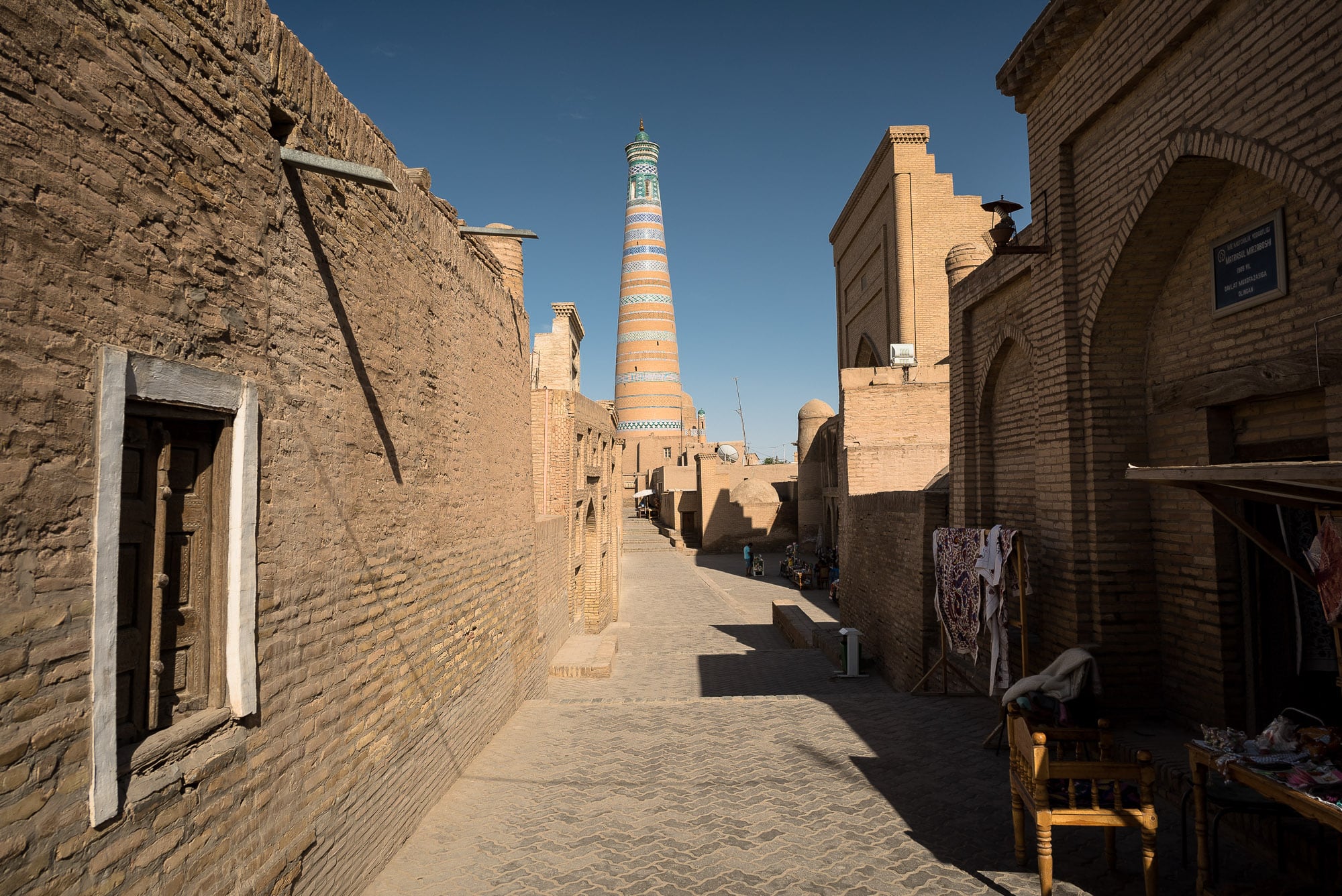 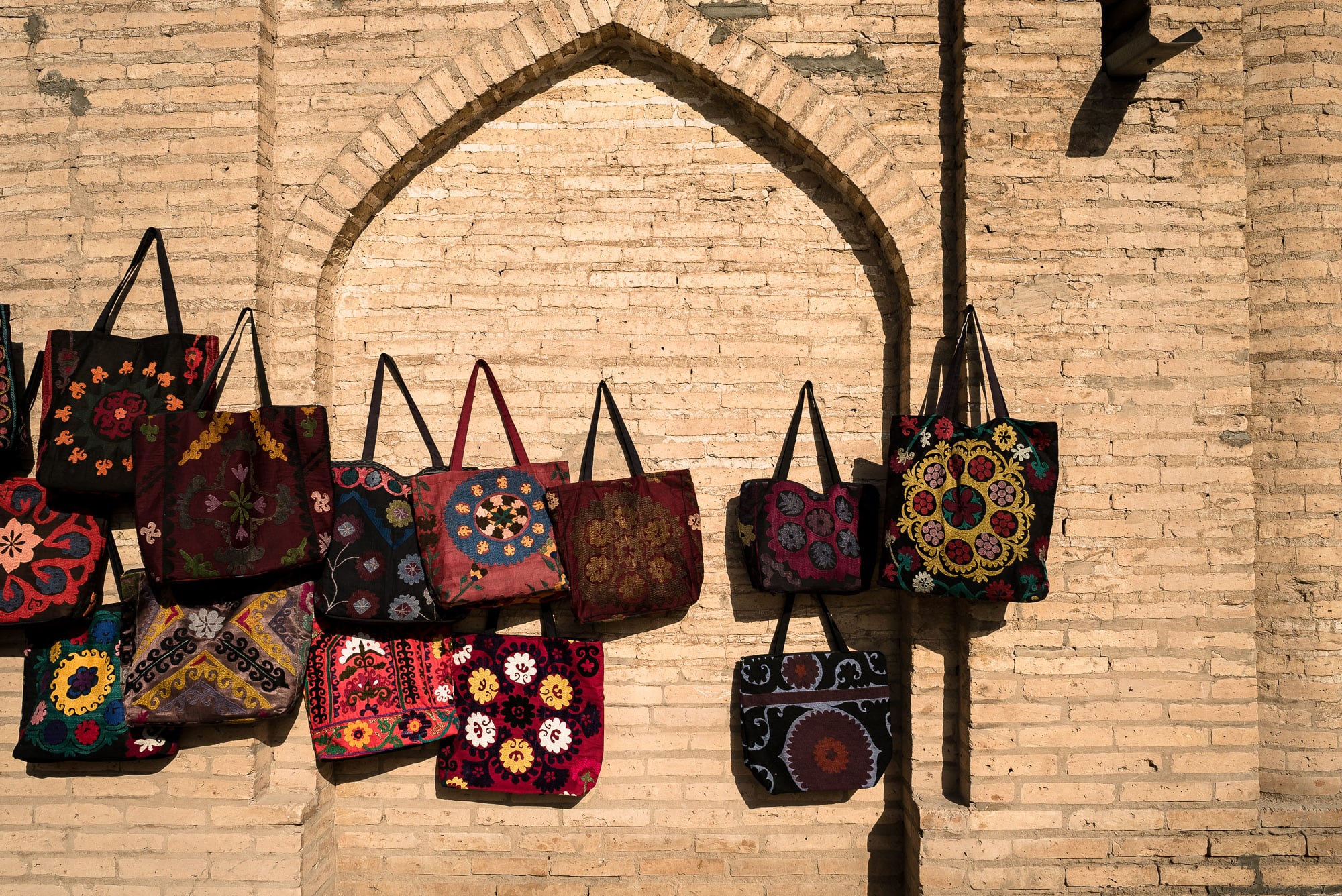 …and into an old caravanserai by the awesome name of Alla Kuli Khan Caravanserai: 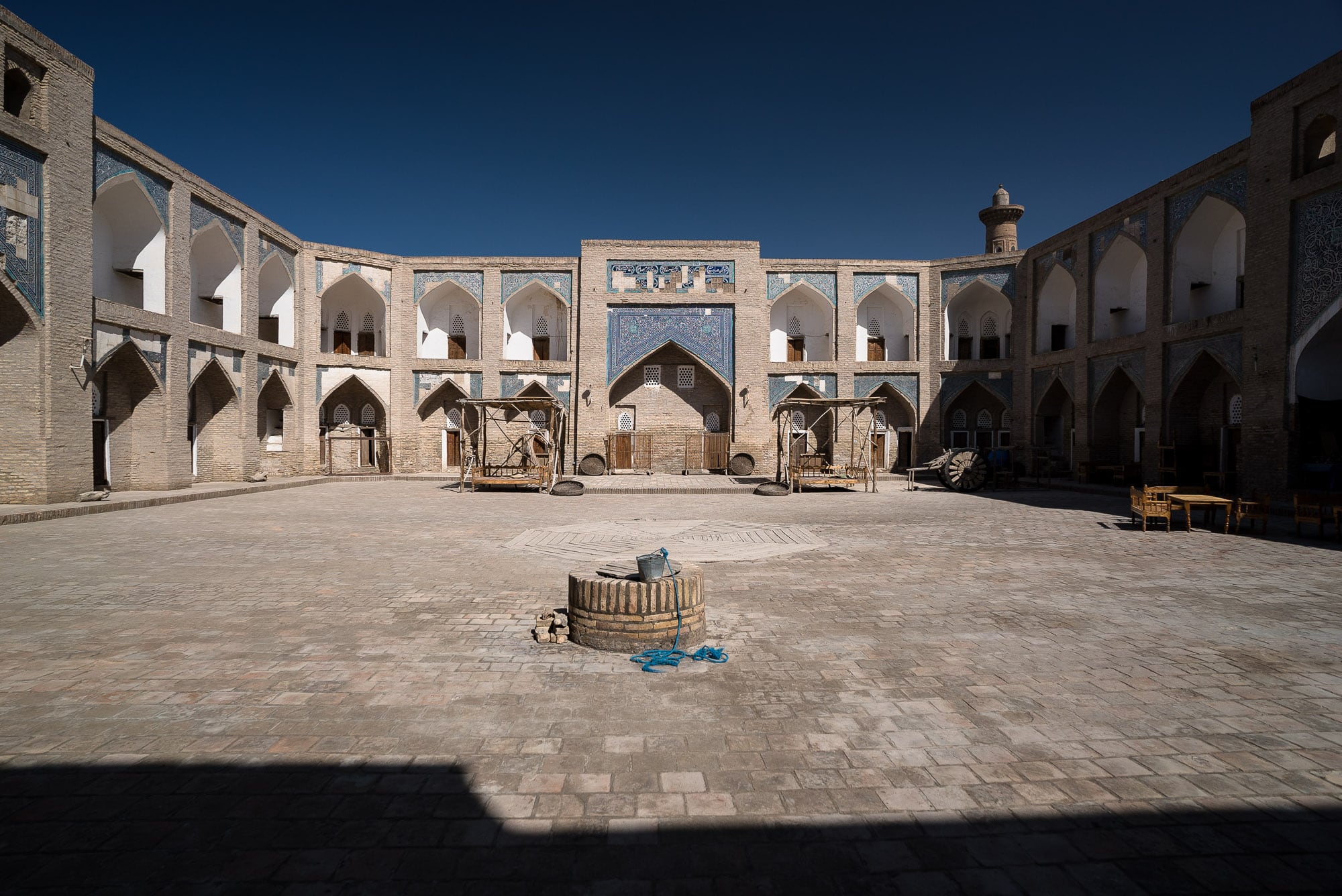 She insisted that I take a picture of the bucket, which I did: 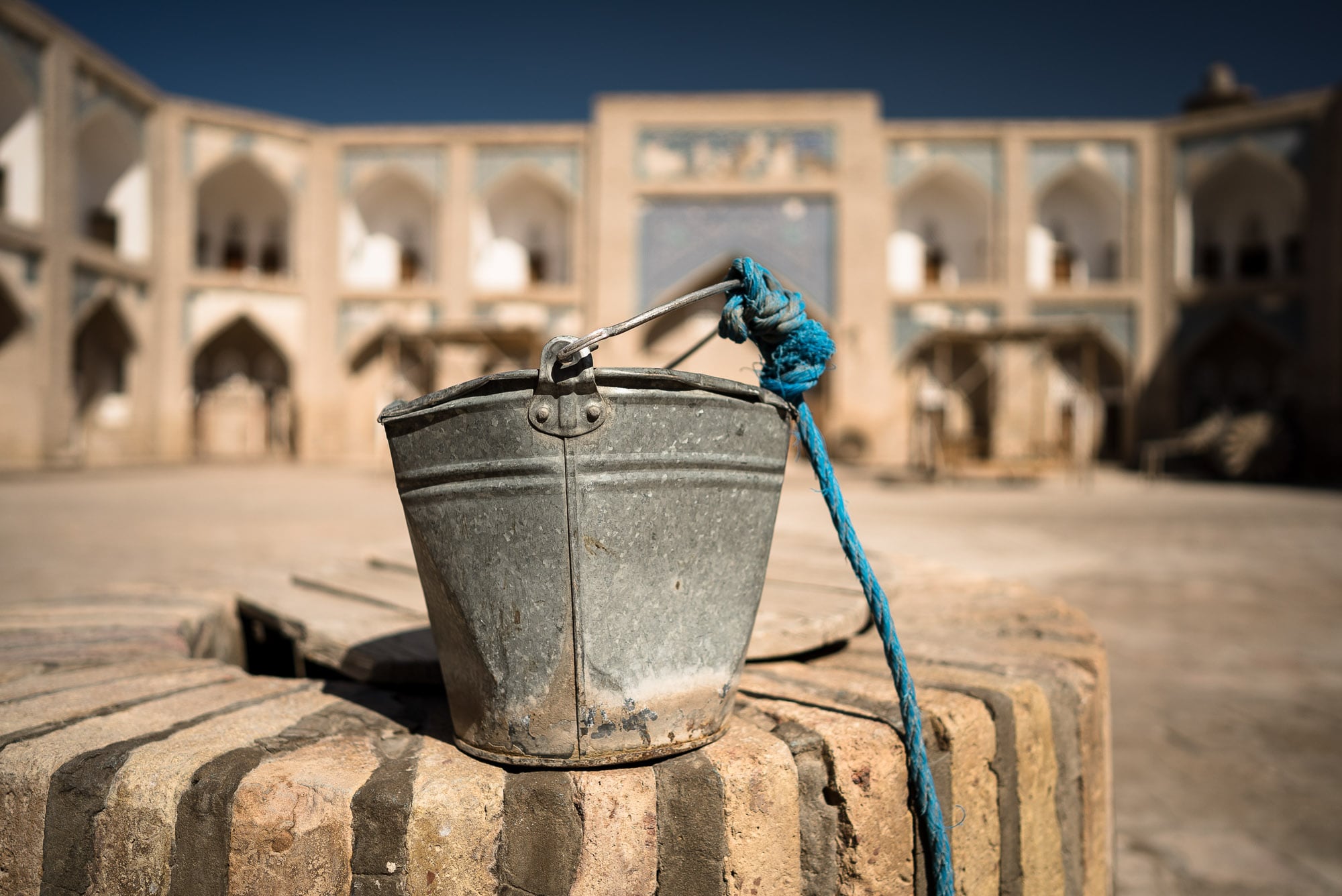 There were some artworks on display in the caravanserai, one of which was called “travelling”: 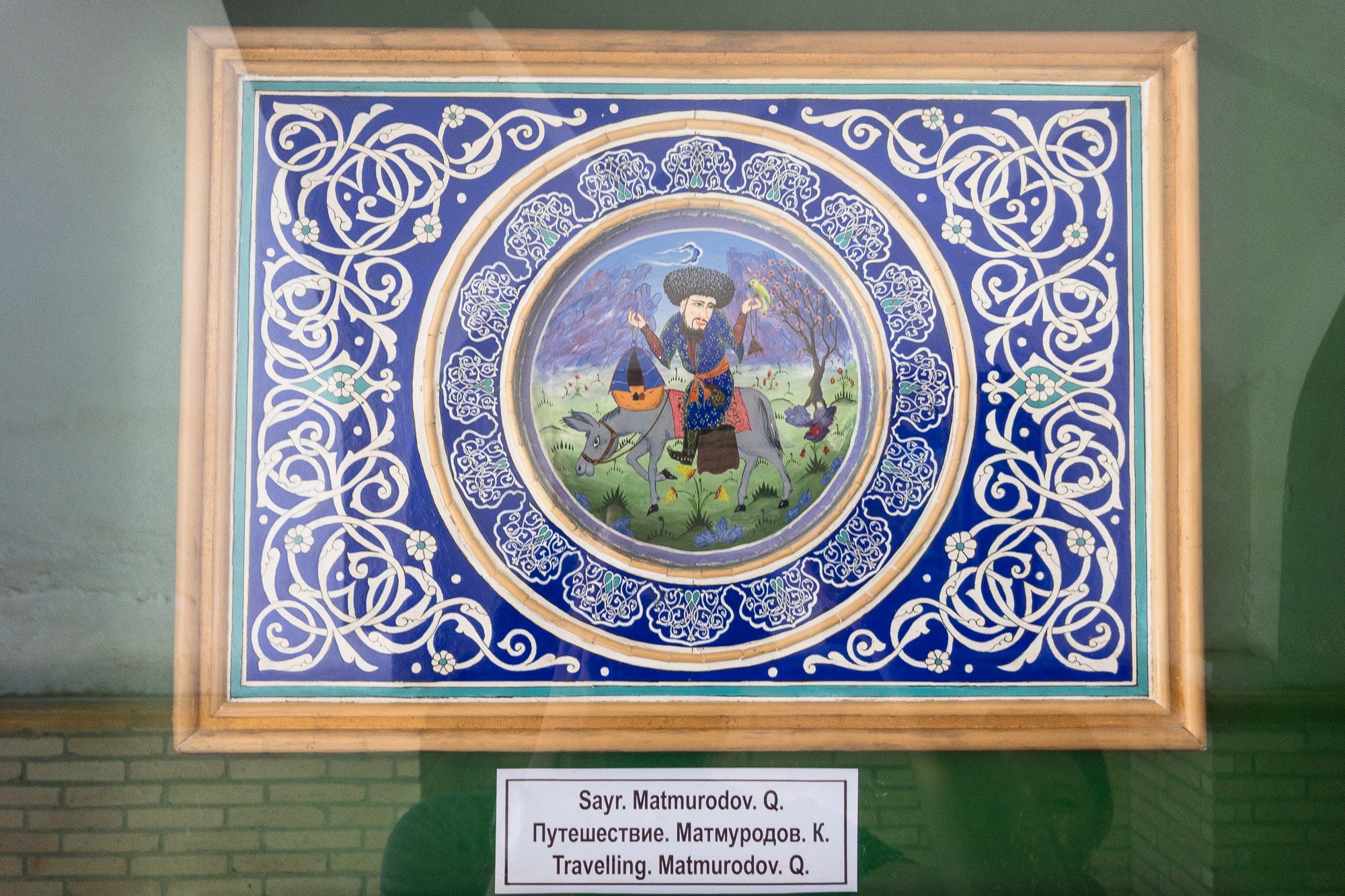 I stood in front of this picture for a long time, thinking that I had been doing it all wrong: 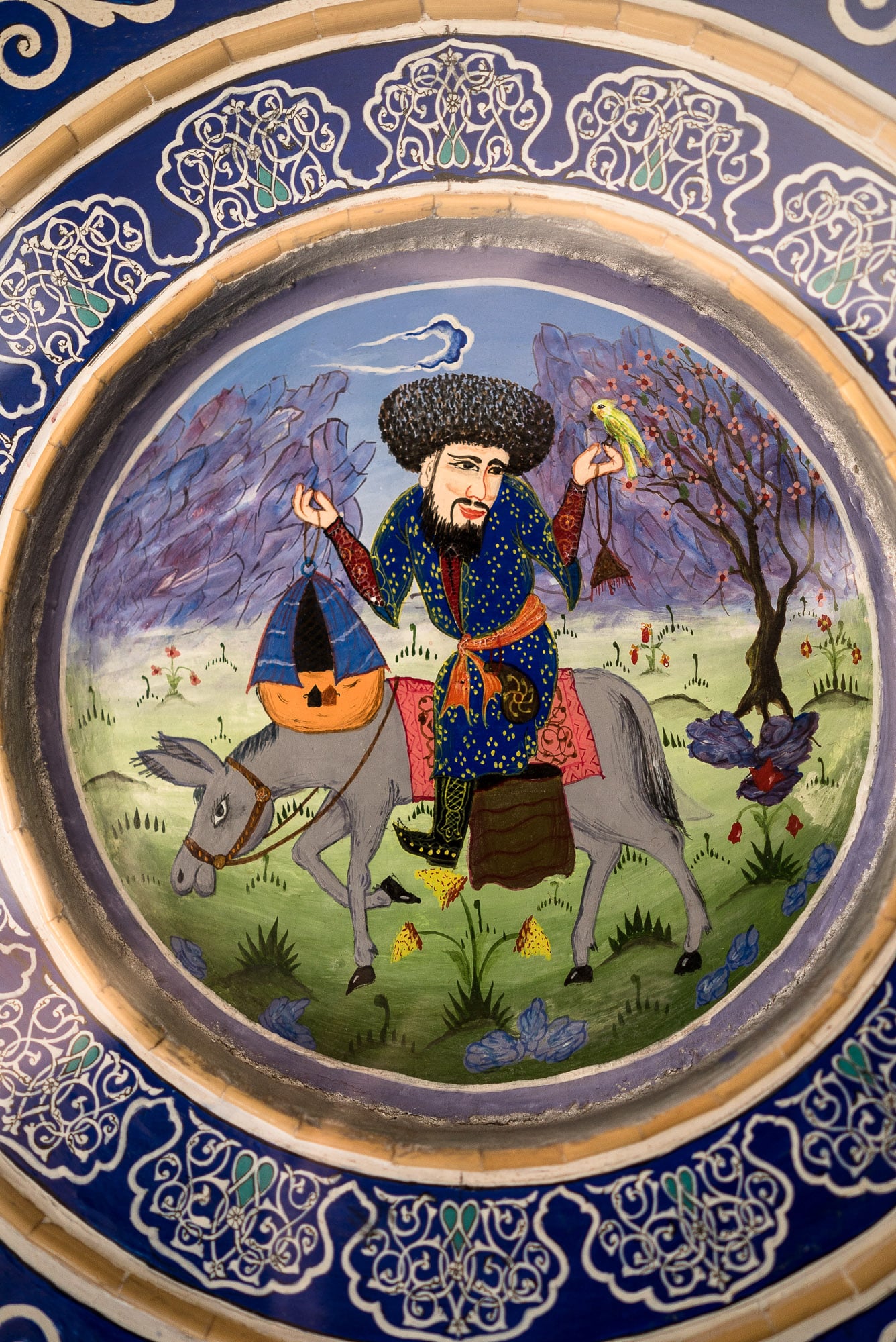 I, the traveler, needed a donkey! And a bird!

Then we wandered into a madrasah by the name of Kutlug Murad Inaq Madrasah: 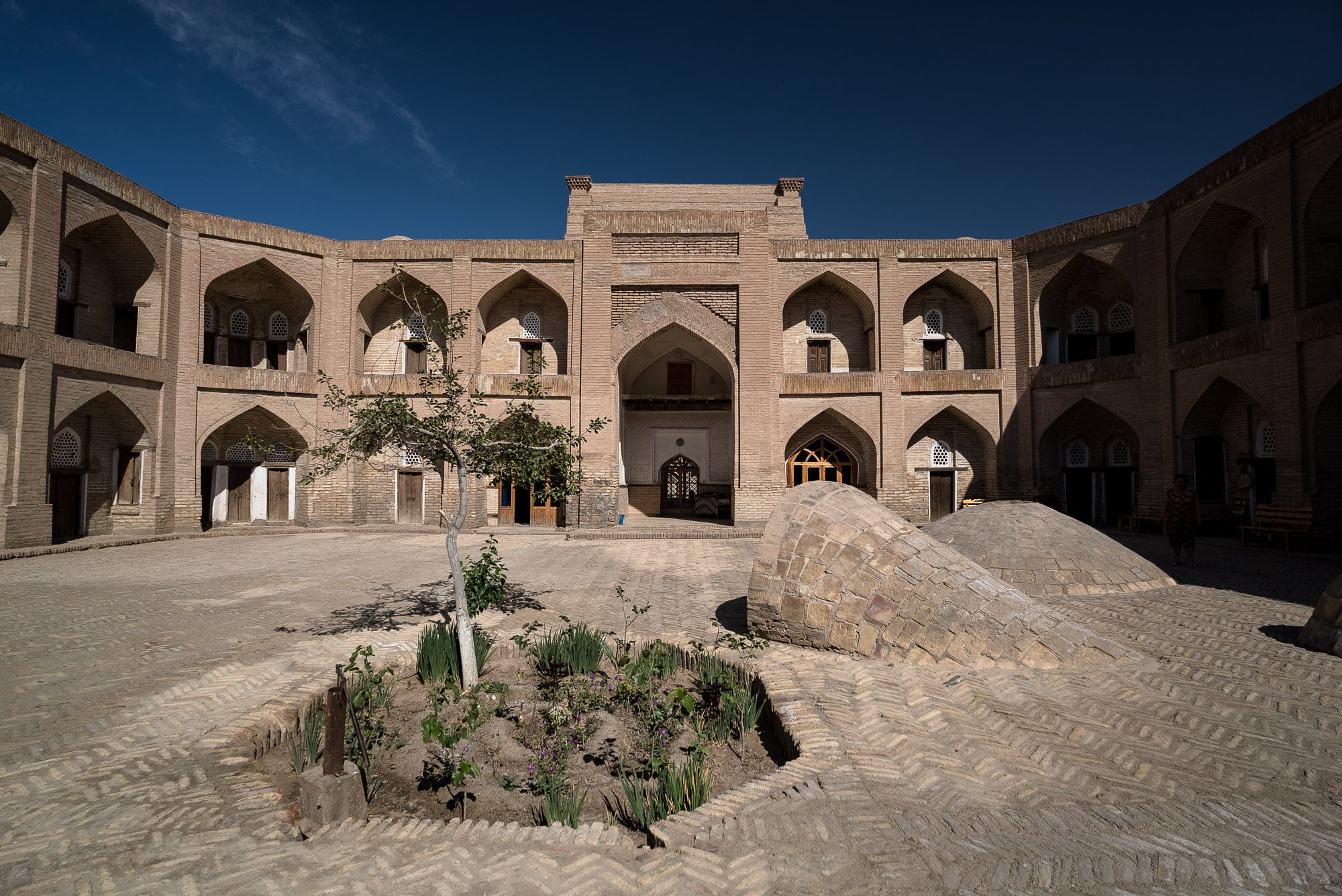 And into another one called Islam Khodja Madrasah: 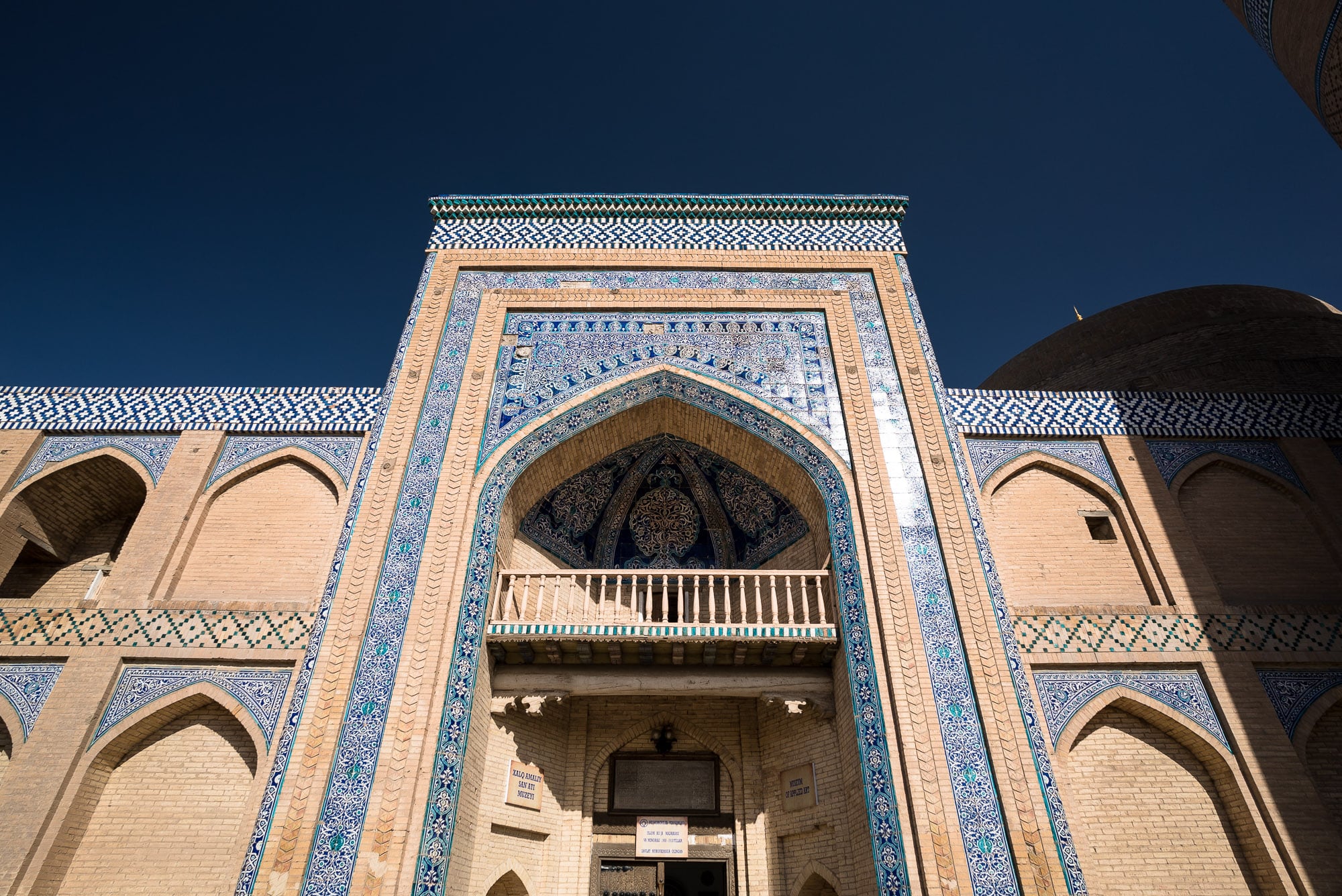 It had a minaret: 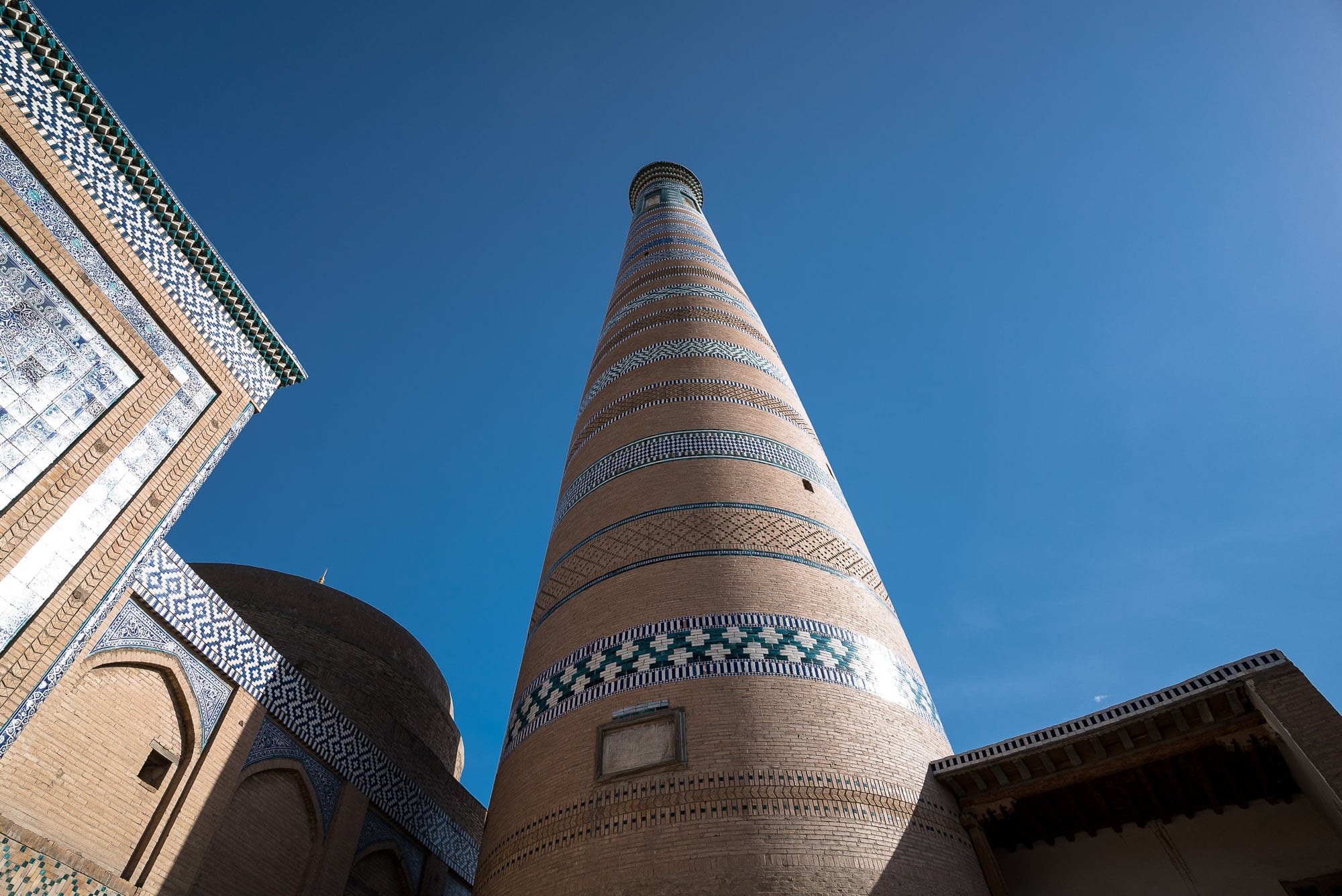 And one time we got lost in one of the back alleys: 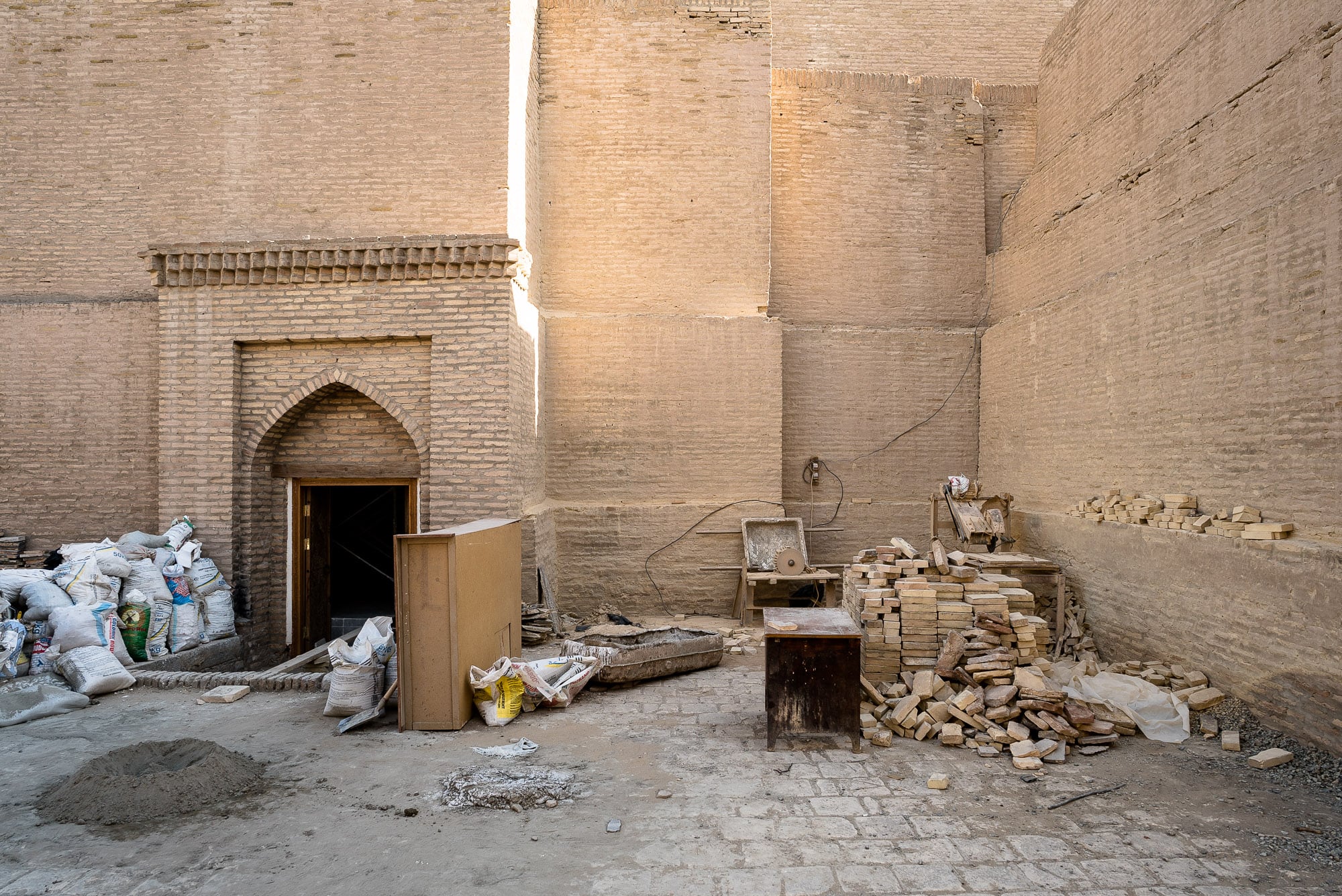 It turned out to be the backside of the Pakhlavan Makhmud Mausoleum, which was undergoing repairs: 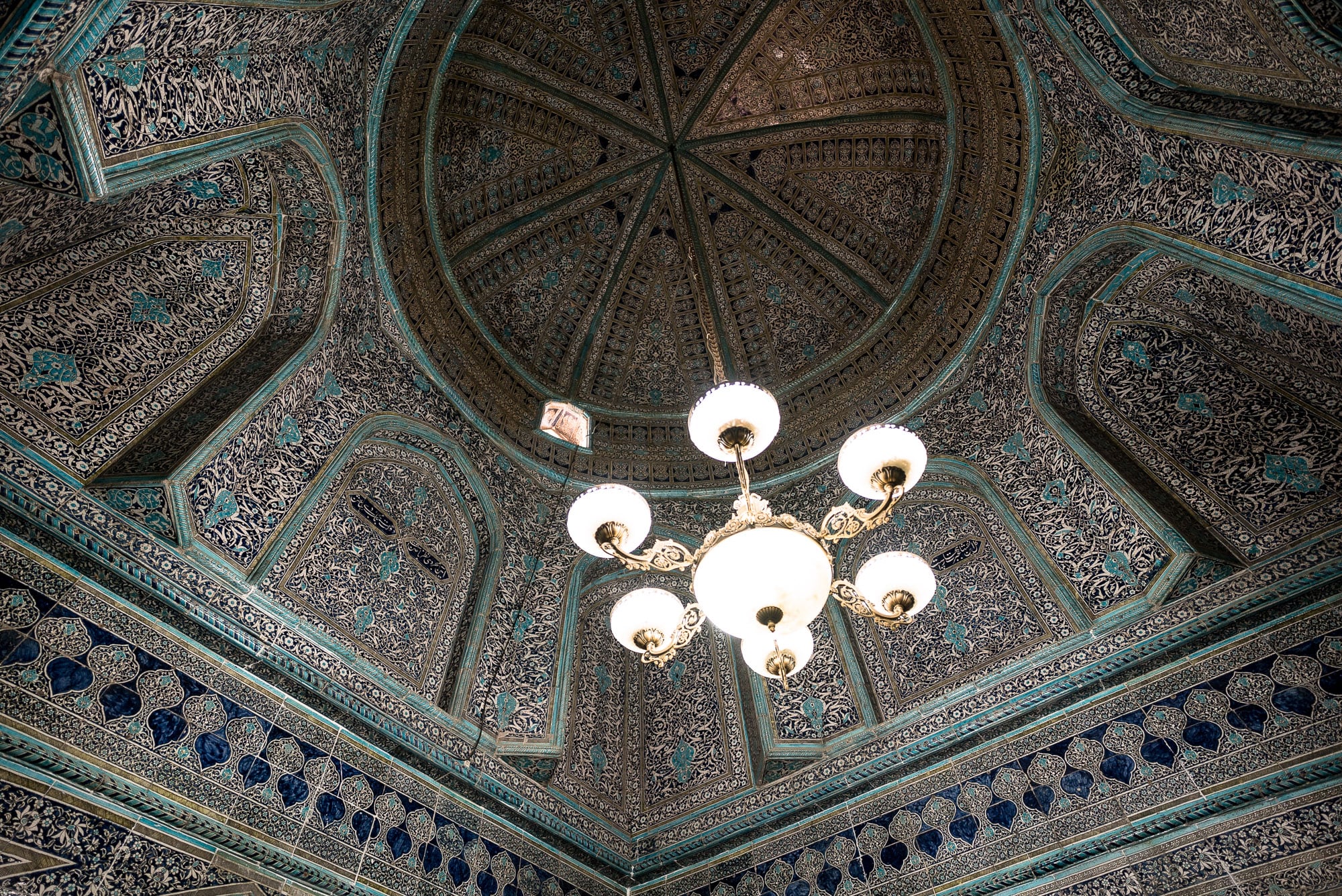 The inside was mesmerizing, though: 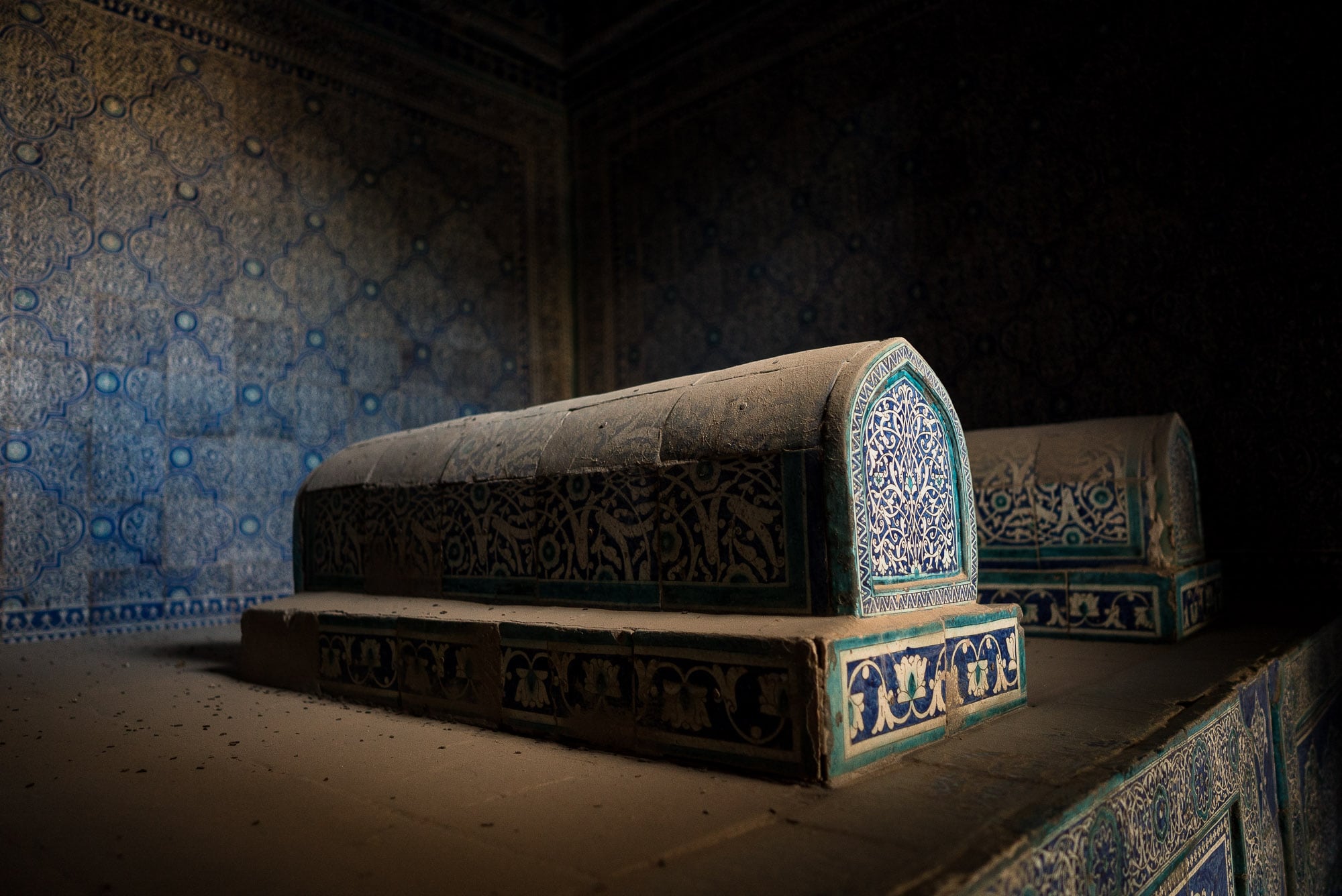 I could only imagine what it would feel like without the sounds of the refurbishment that was currently going on.

And then she took me to this place: 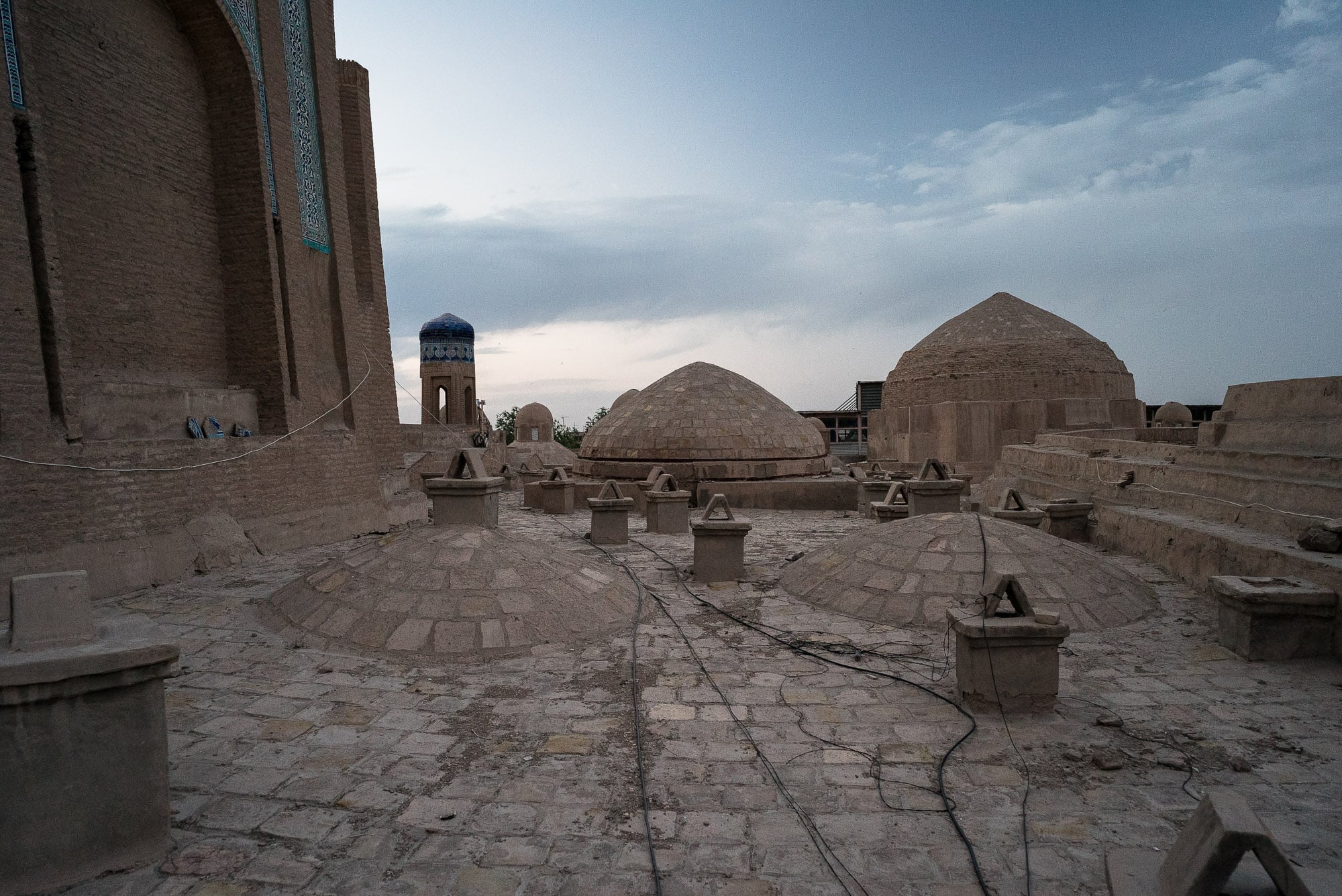 It was a rooftop overlooking the old town: 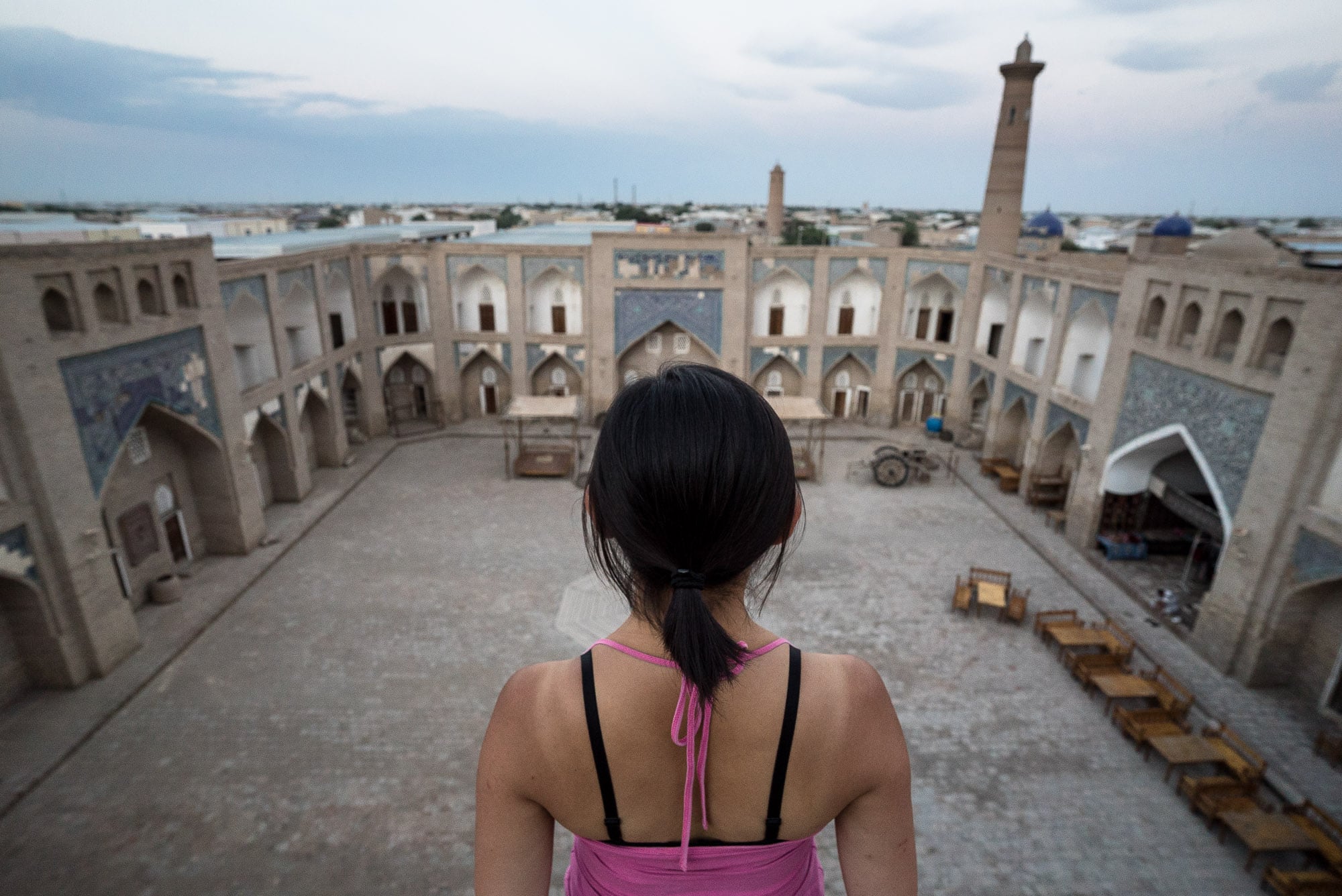 I had no idea how she had managed to find it, but it was magical up there:

And when I sat down and took a photo of myself, I noticed something: 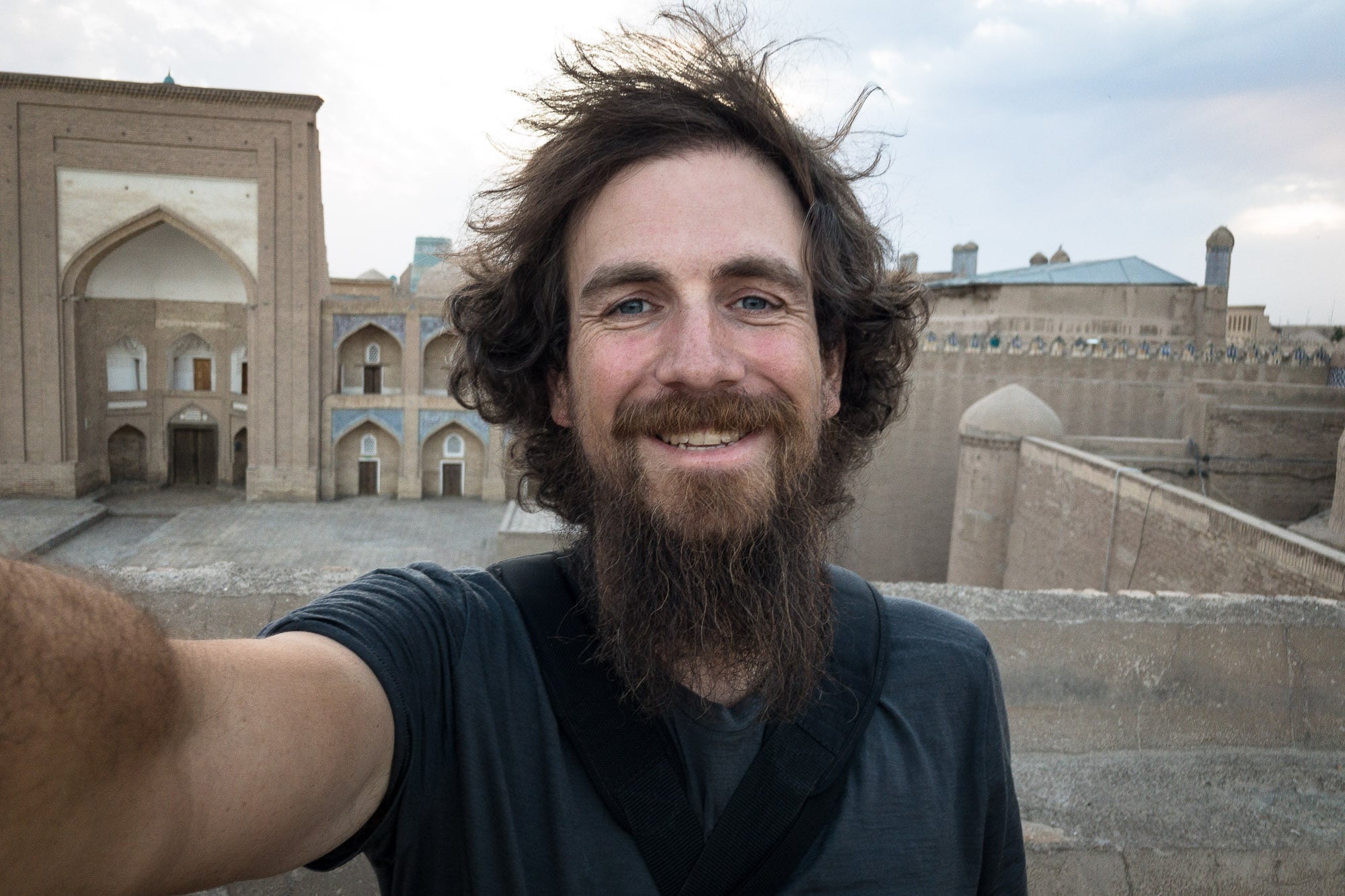 Activity: waiting
Soundtrack: The Supremes - "Up The Ladder To The Roof"