The train ride was in fact two train rides. One to Navoiy, a place that I had previously walked through, and the other to Urgench, a city close to Khiva in the Northwest of Uzbekistan.

The stopover in Navoiy was a bit strange, though, as we had to leave the train not on a platform as you would expect, but between two tracks: 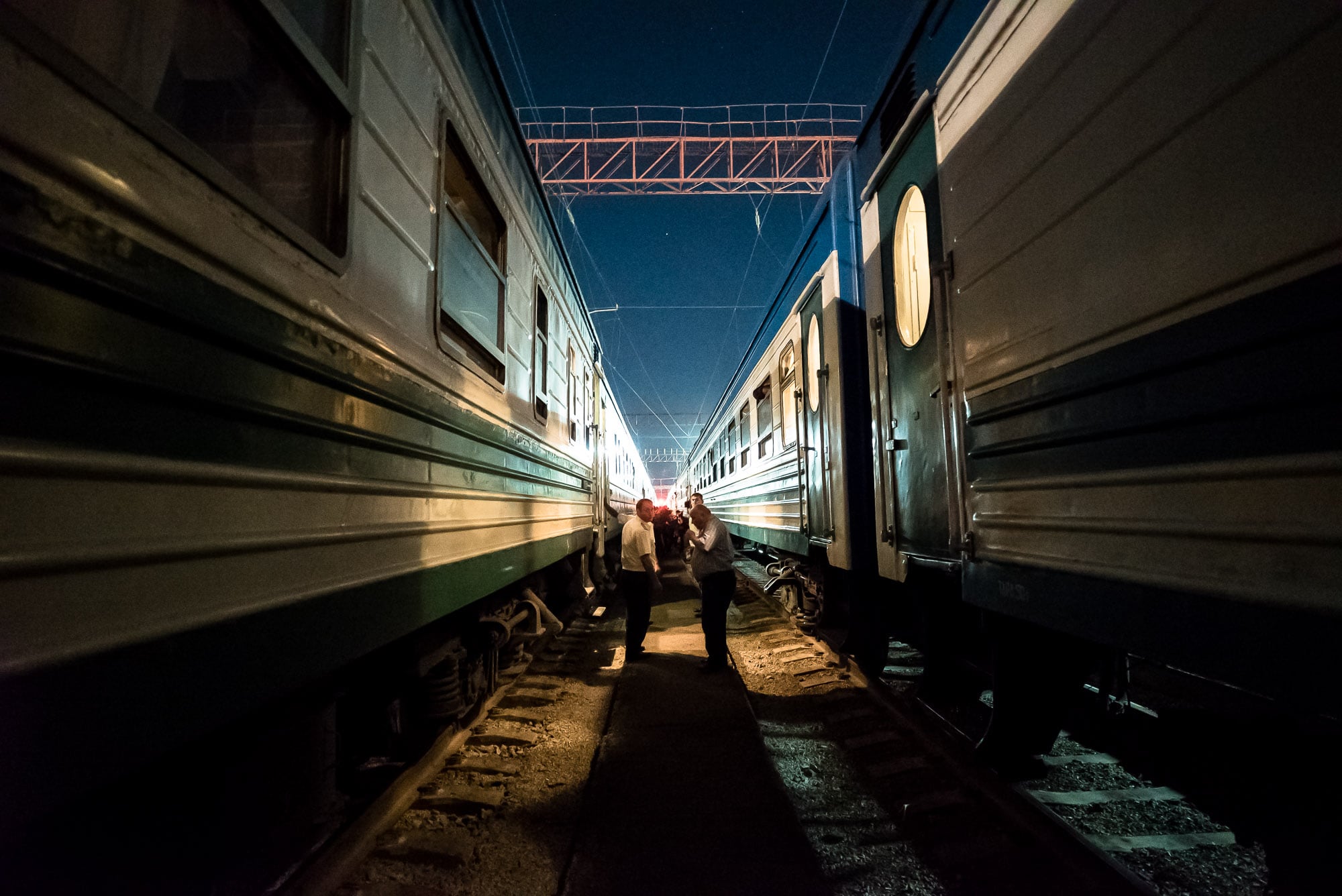 The train ride to Urgench was uneventful. It was basically just several hours of this: 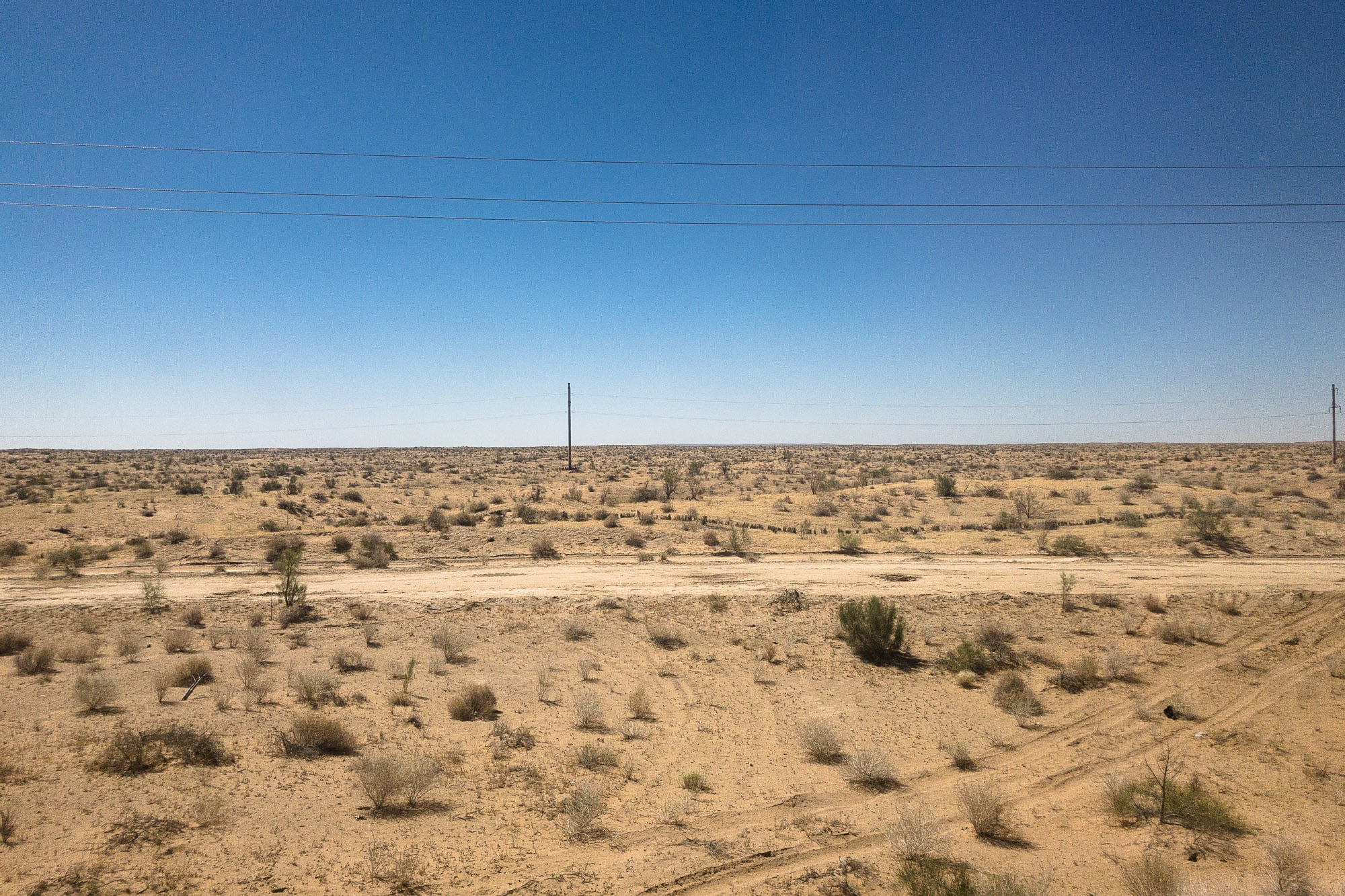 And then we were there, in the glaring sun, in a throng of people, in Urgench: 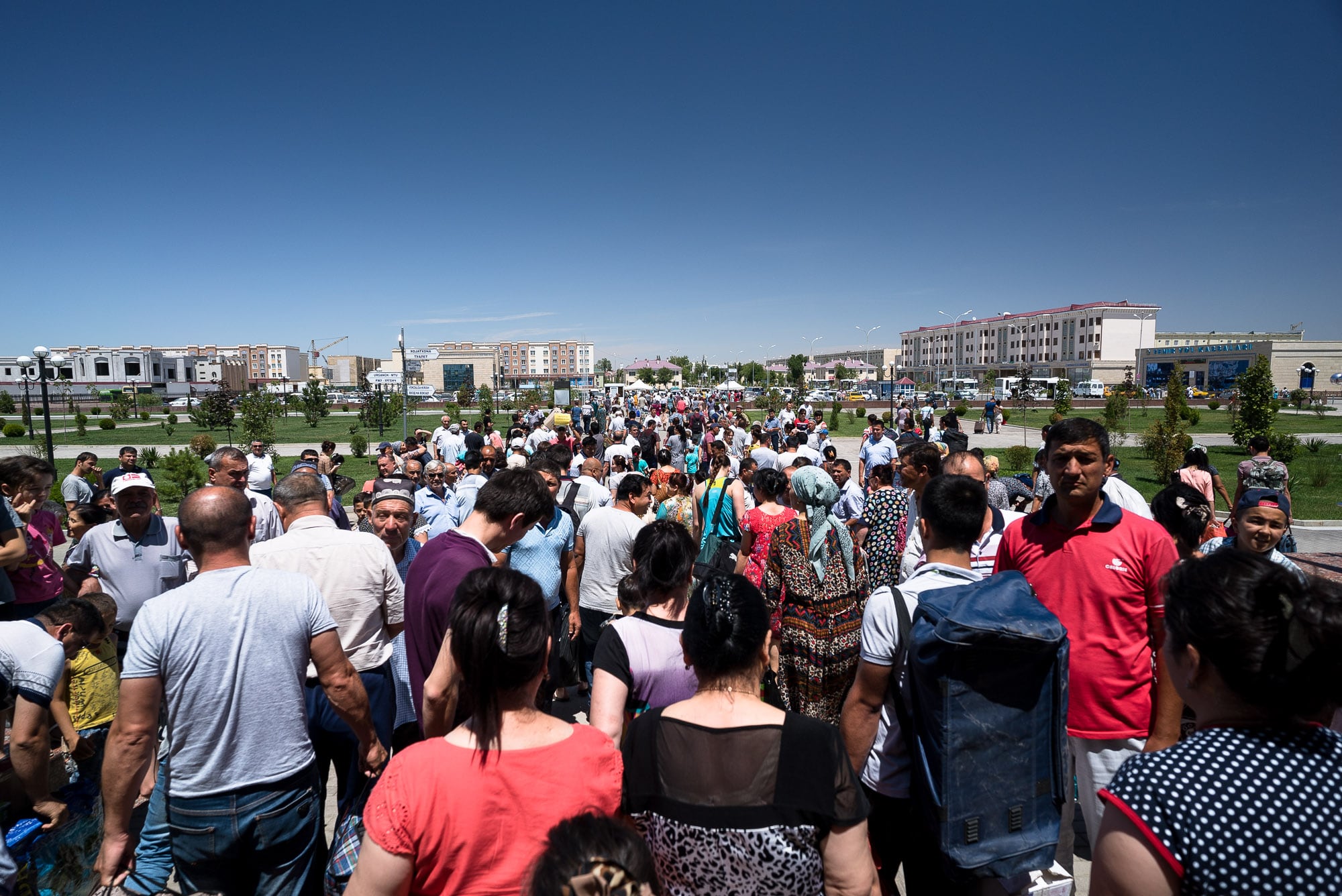 We hopped into a cab to Khiva, got a room, and started exploring the city. It turned out to have a big fat wall: 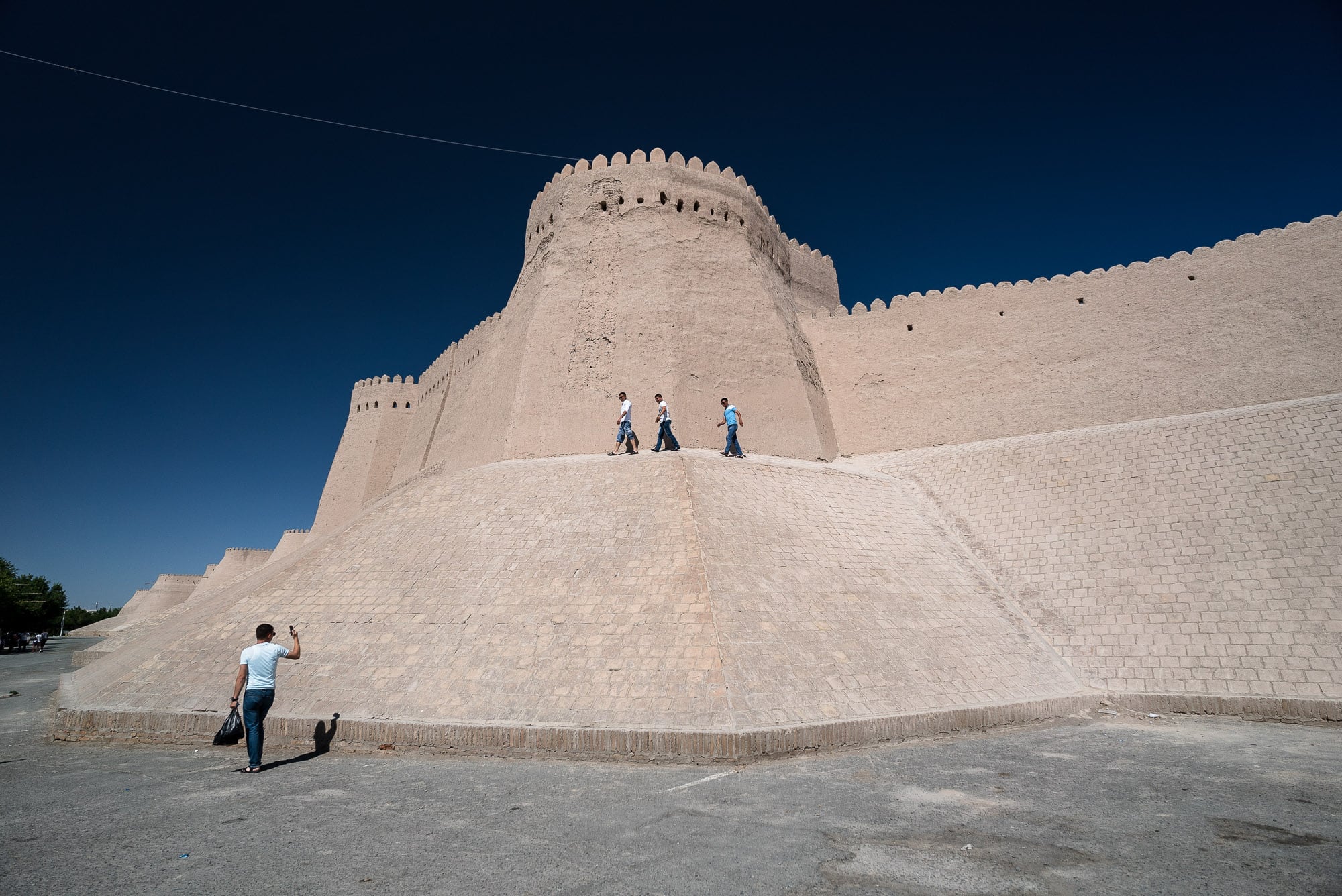 And it had – you guessed it – madrasahs: 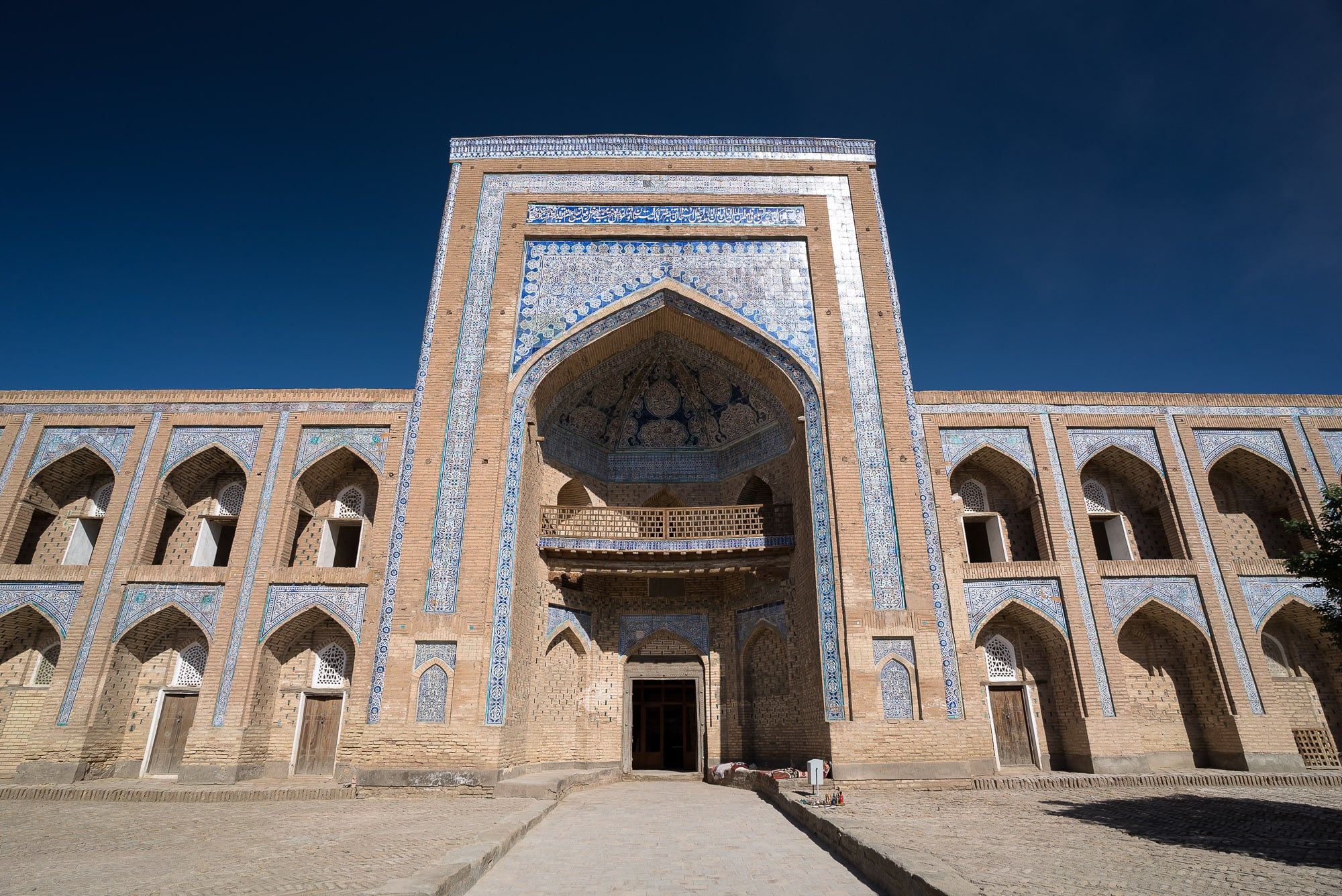 In fact it had a bunch of them.

Some of the artefacts were rather curious: 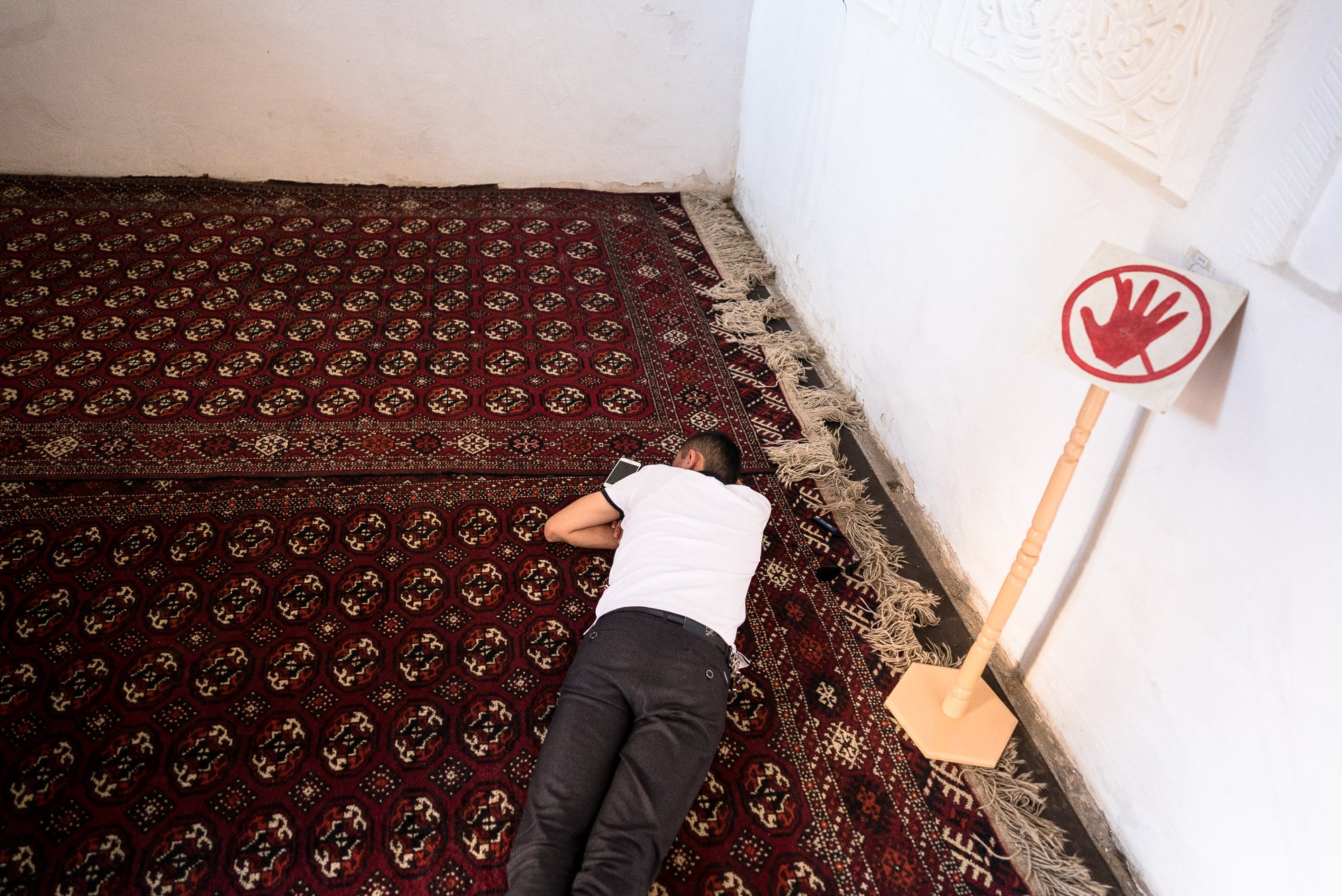 And then we found Juma Mosque: 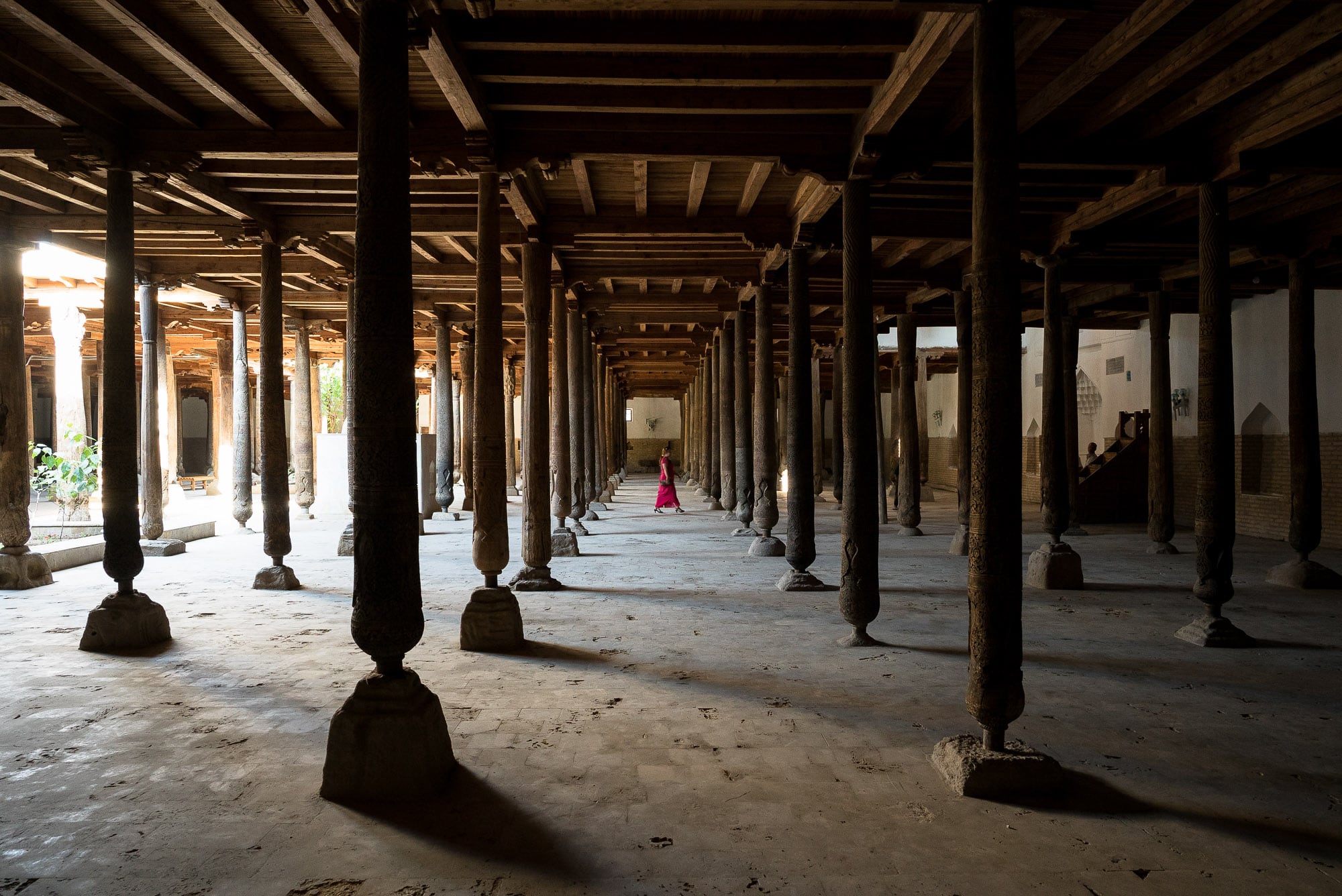 This is a single-hall structure that sits on hundreds of old, wooden pillars: 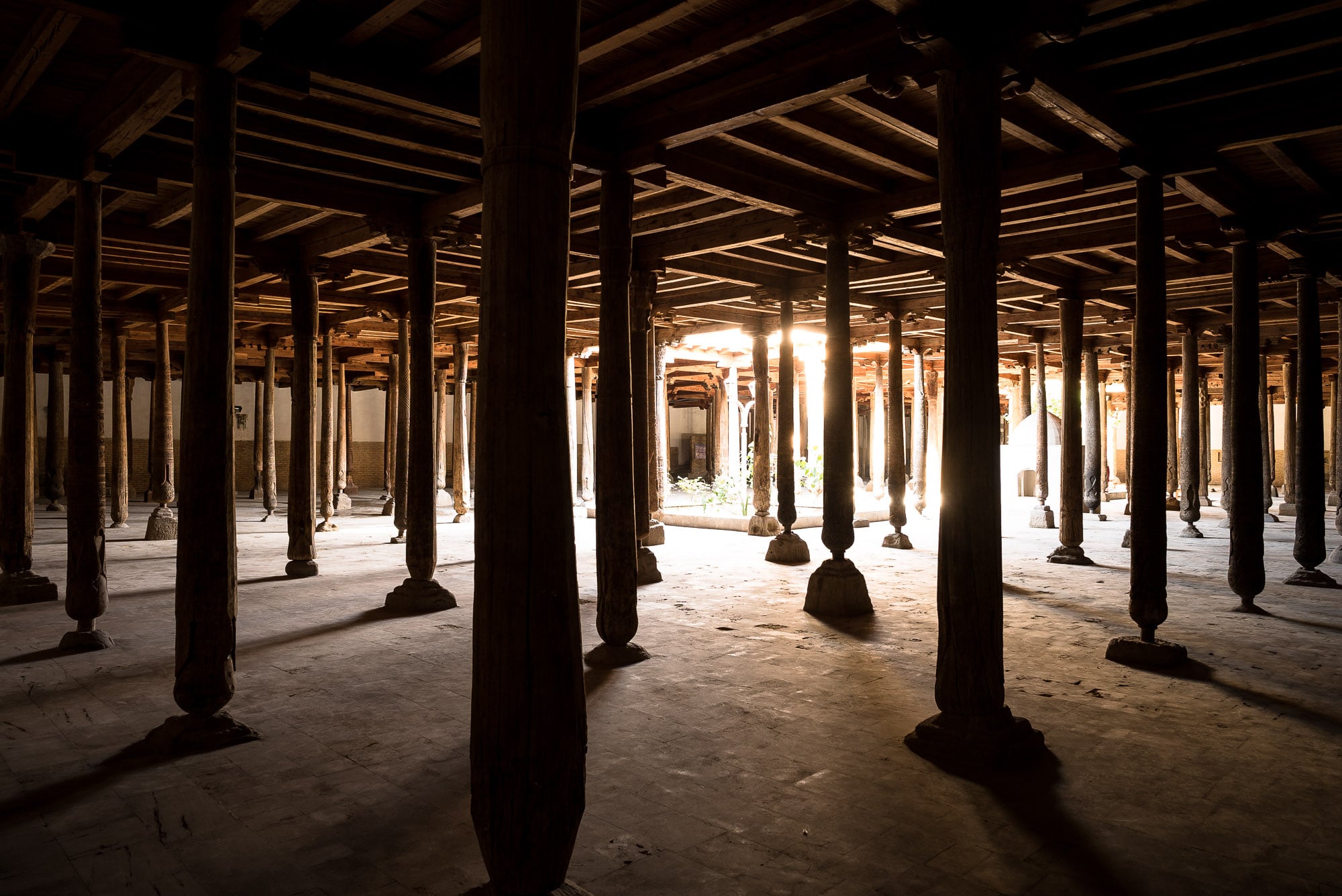 Oh, what a sight to behold!

The mosque had a minaret where you could climb up into a tiny space above the city: 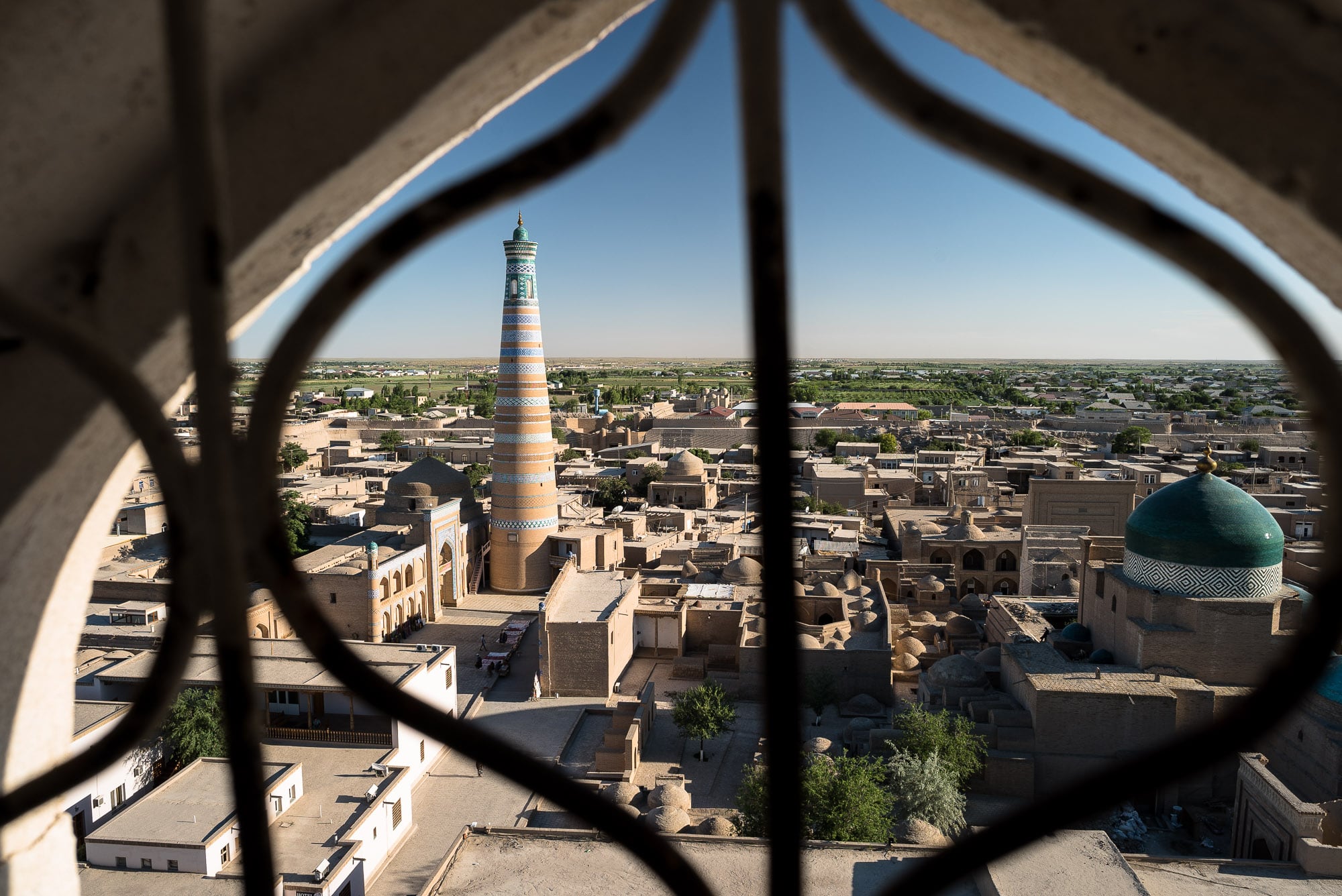 And on its walls, people had left messages: 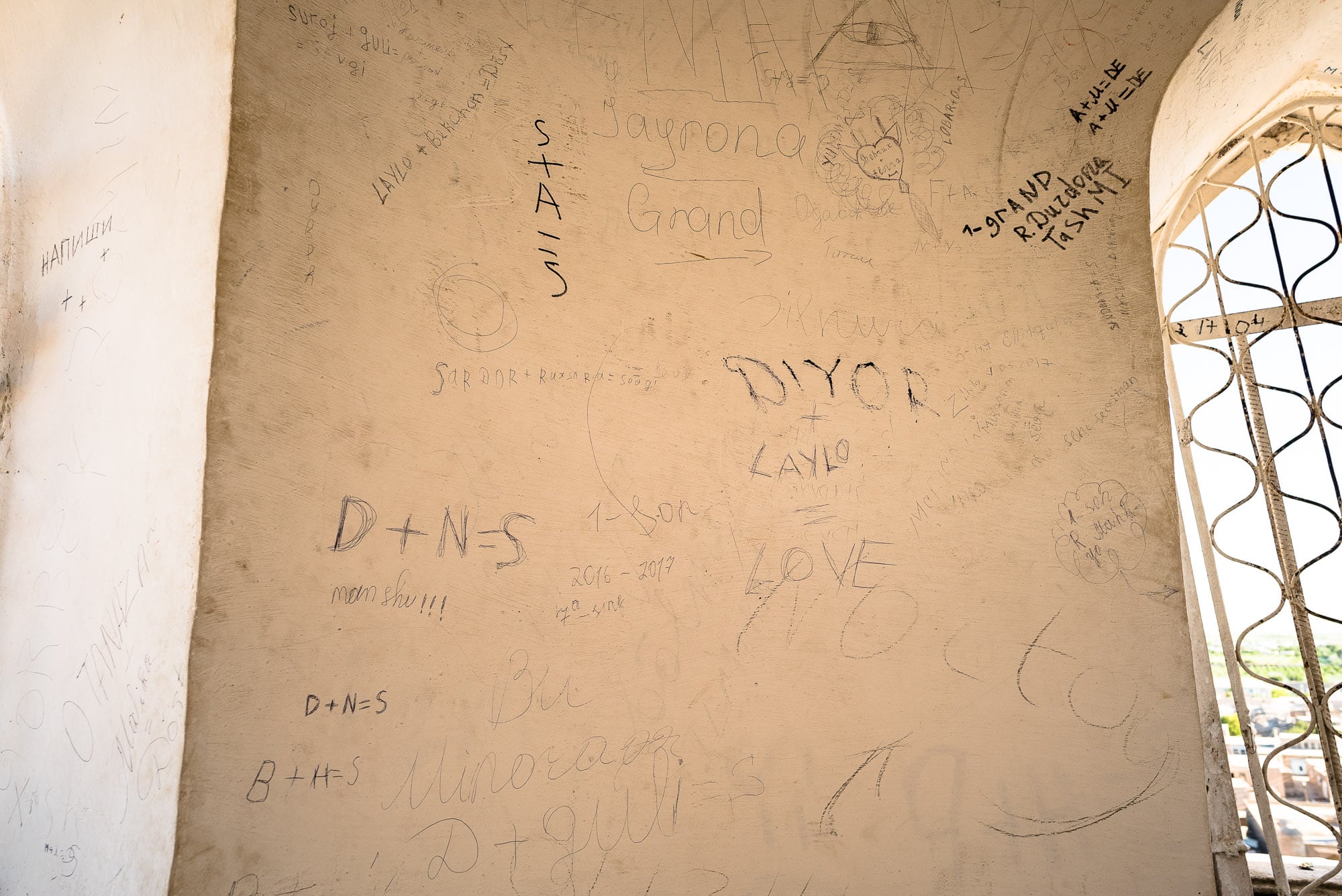 I never understood what “=S” is supposed to mean.

The walled part of Khiva has been called an “open-air museum”, and it’s true. When you’re walking around you notice the absence of cars as well as the absence of broad roads: 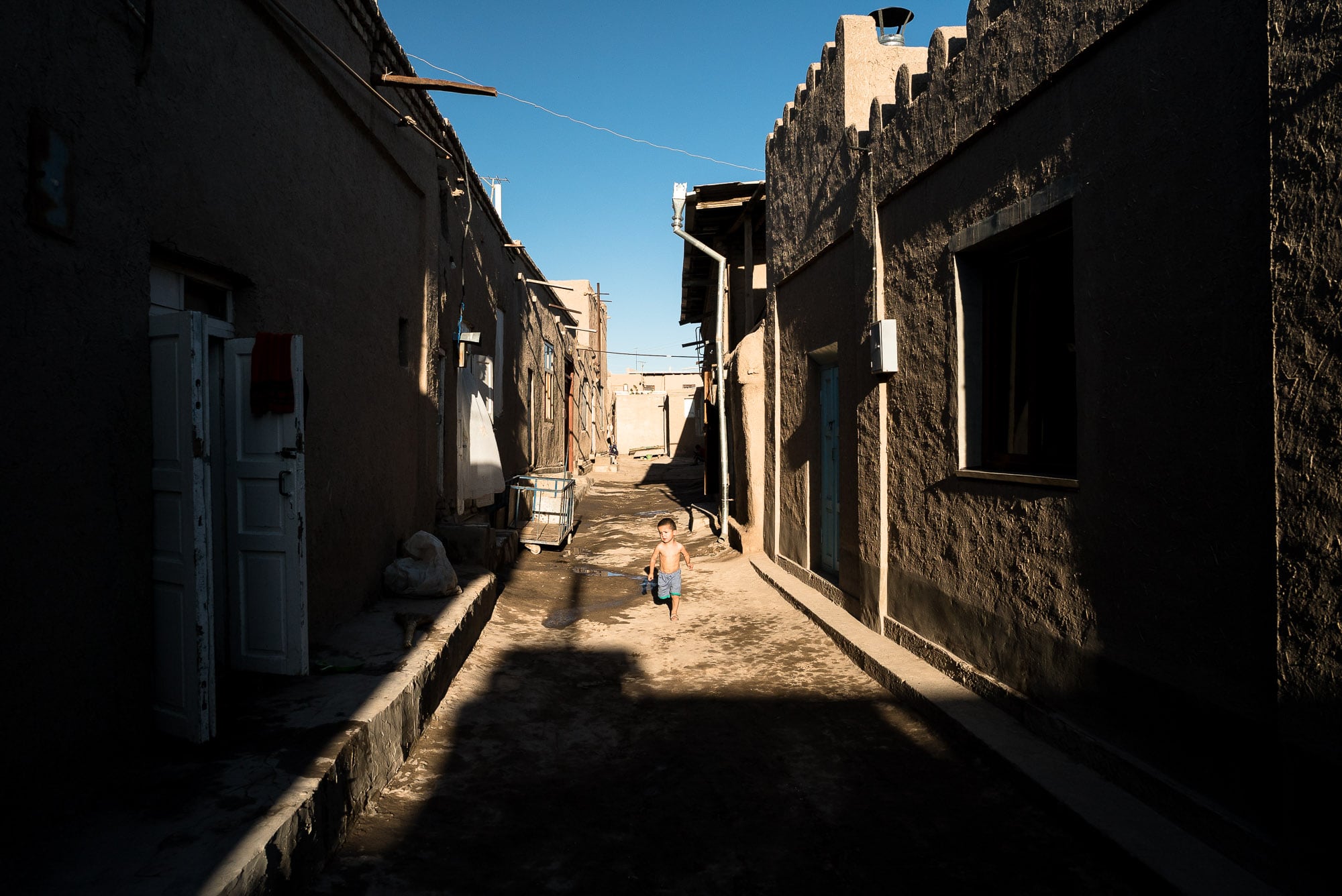 And even the houses that are clearly new look kinda old: 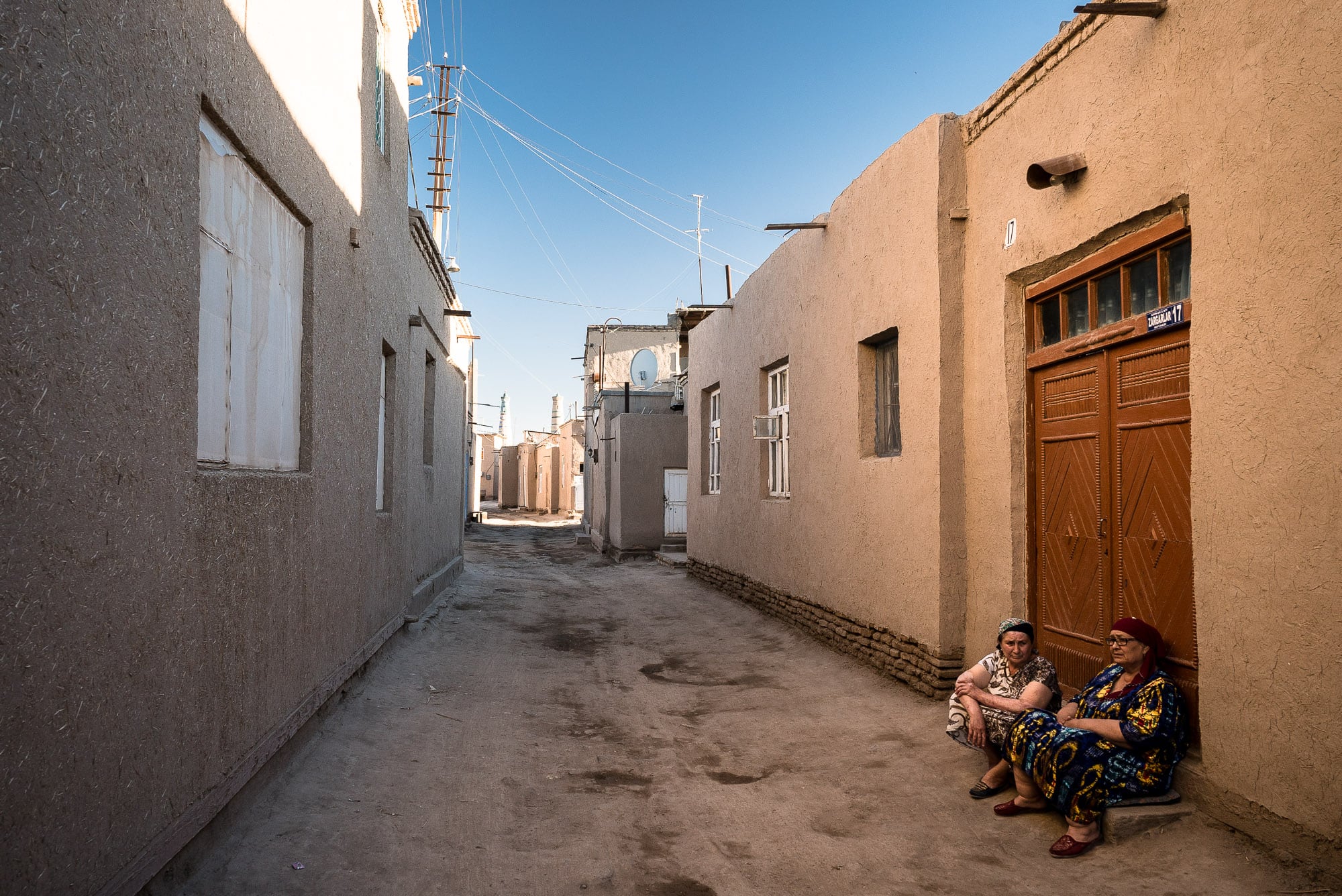 We went up the city wall and walked around on it: 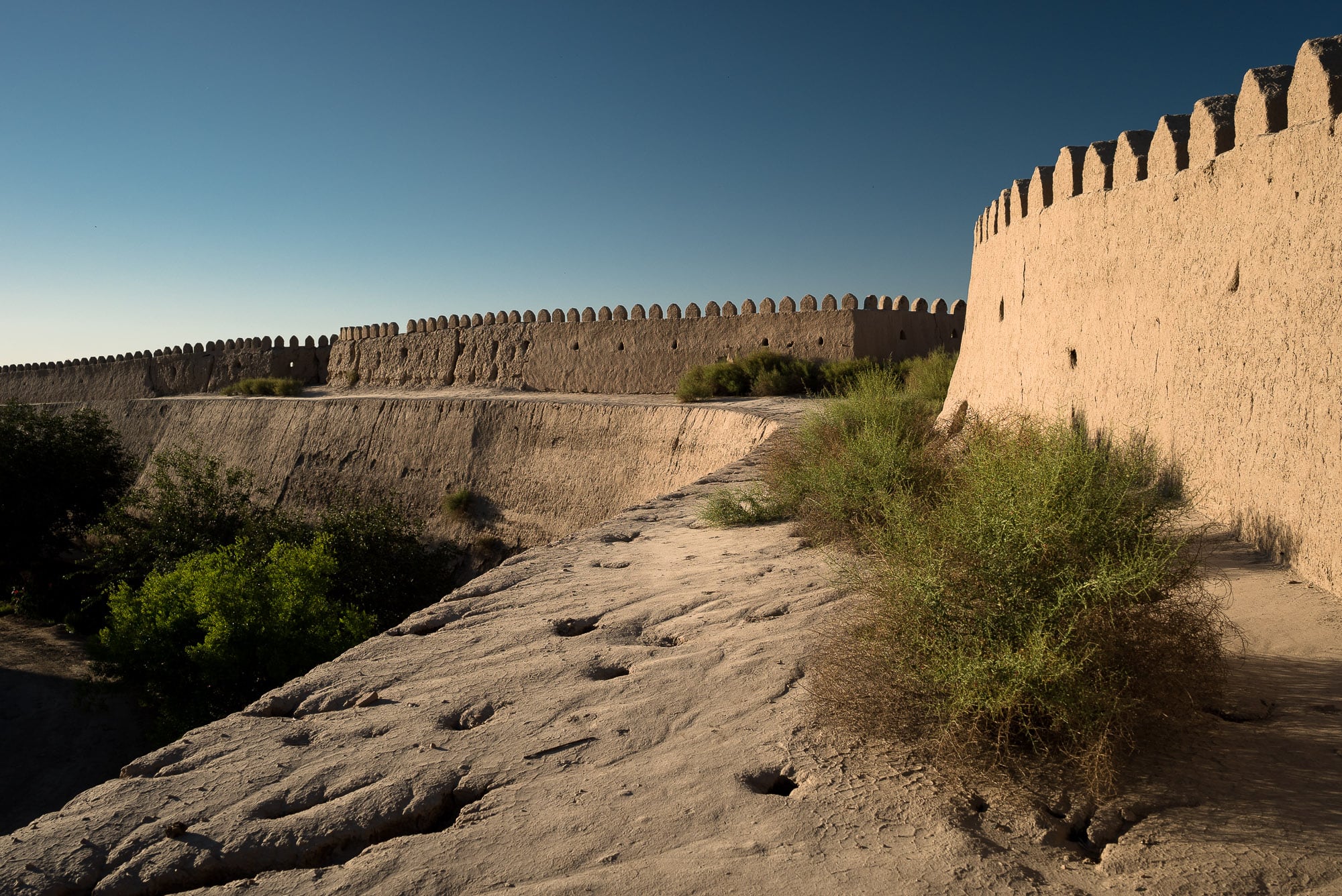 I wanted to find a place to take photos of Khiva from the side, against the setting sun. But alas! the city wall just ended at one point, so we had to walk all the way back and go to a different gate: 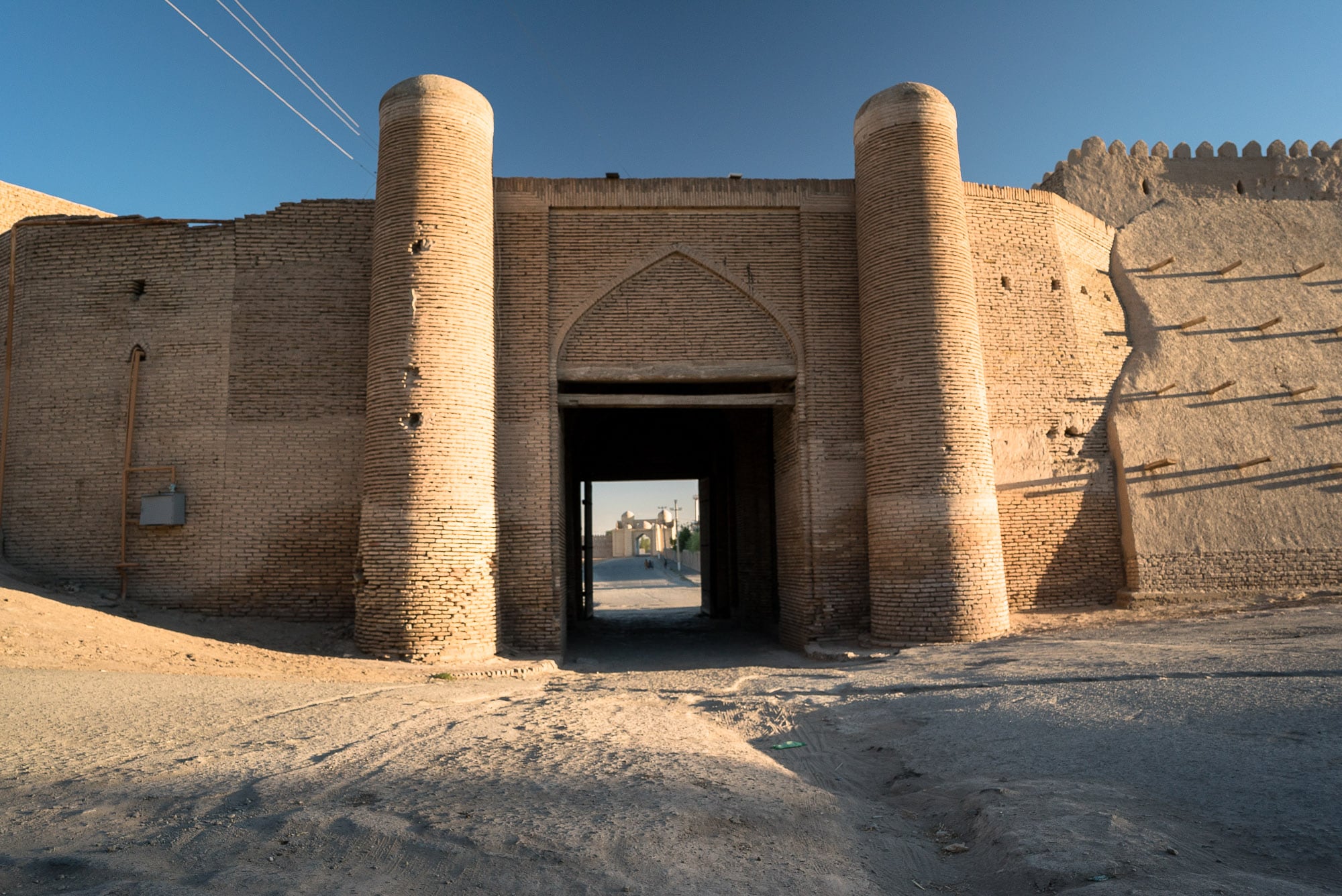 And there, next to the southern gate, Khiva showed us a new face: 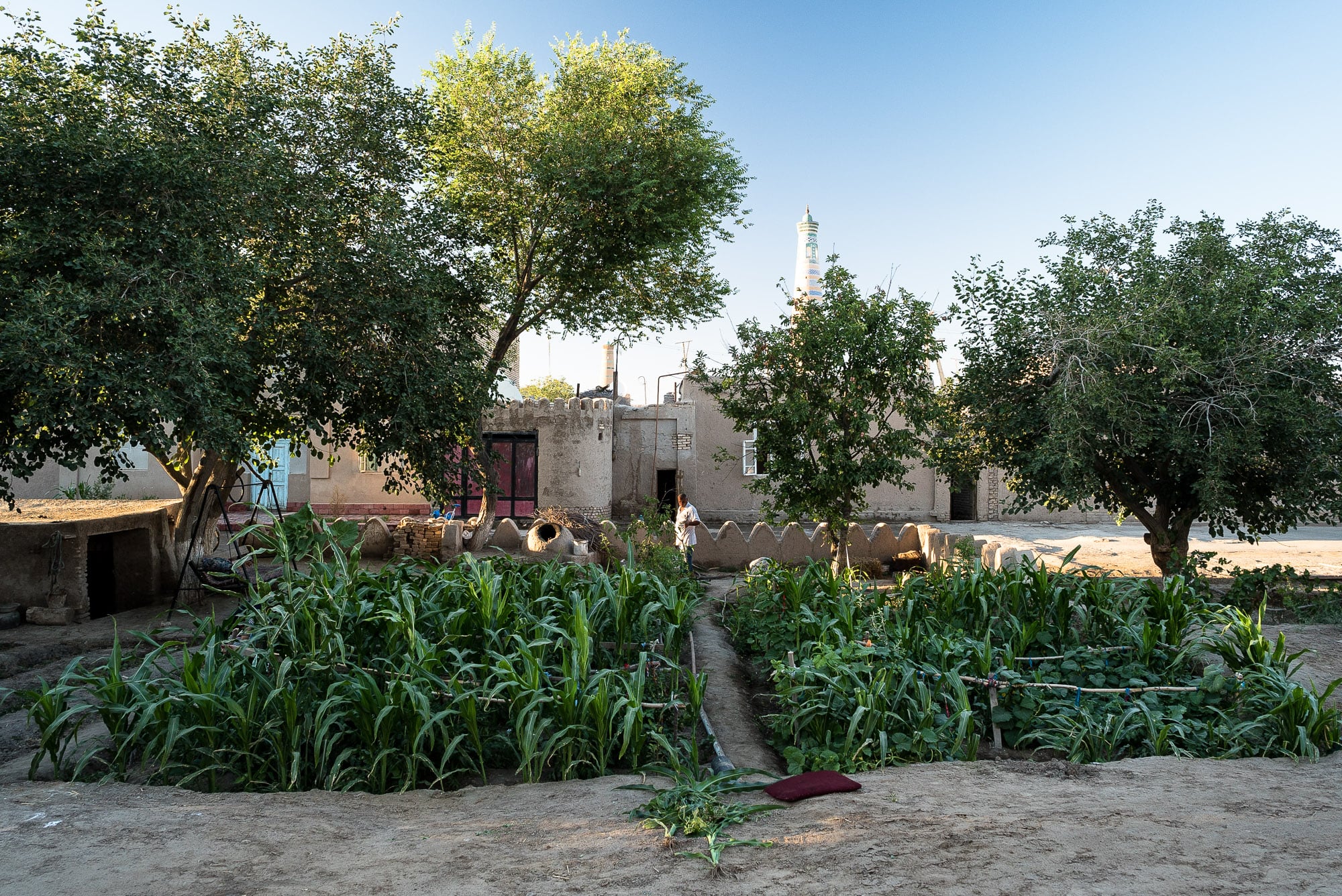 The Khiva that was still a village, with vegetable gardens, grazing cows, and fruit trees.

We found a nice place to look at the setting sun over the city: 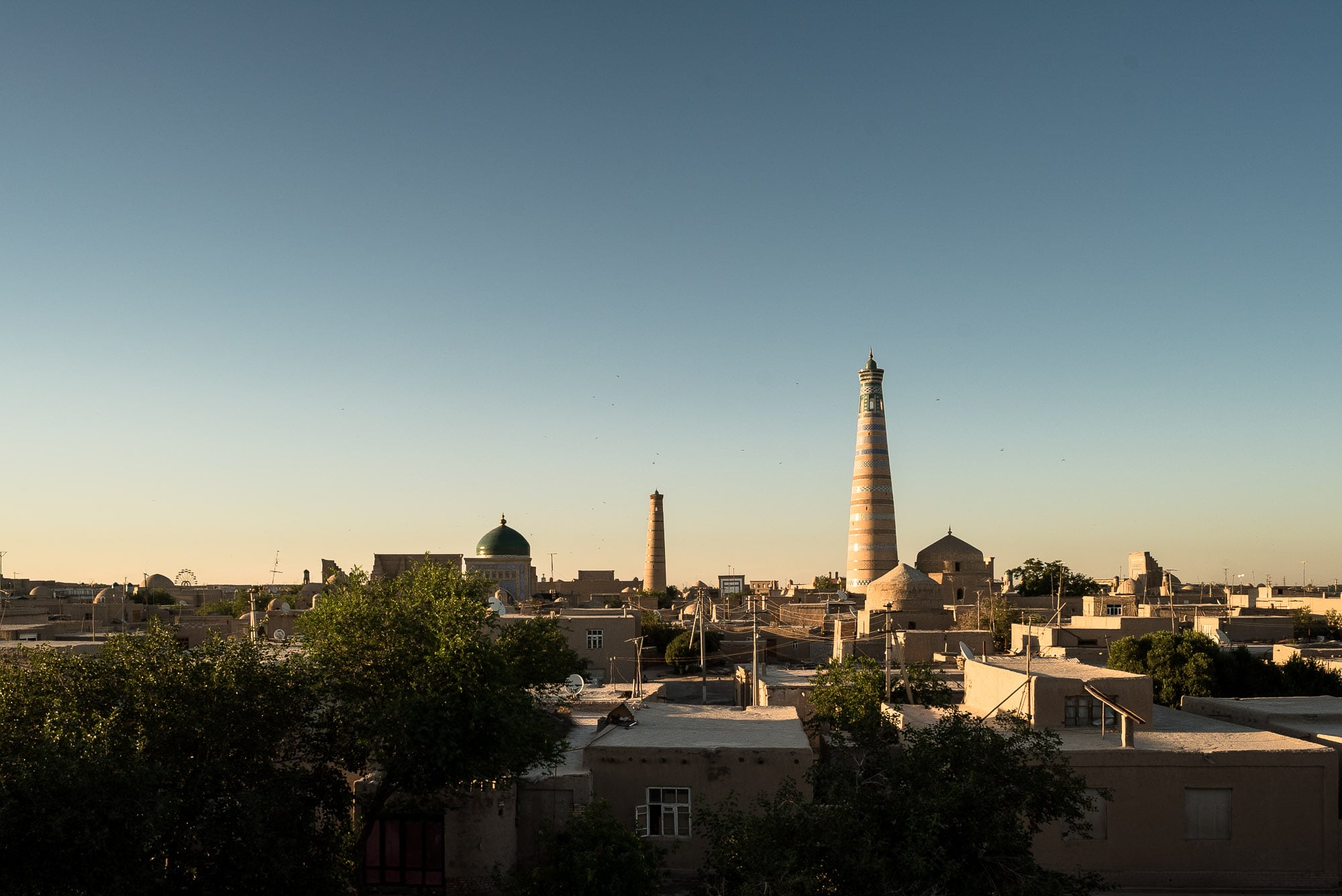 Here is a minute of it:

Consider yourselves warned, though – nothing happens in this video. It’s just a minute of Khiva.