So back to Bukhara it was! Remember how I told you that I hadn’t really looked at anything while I was there almost a month ago?

We walked through the back alleys of old Bukhara: 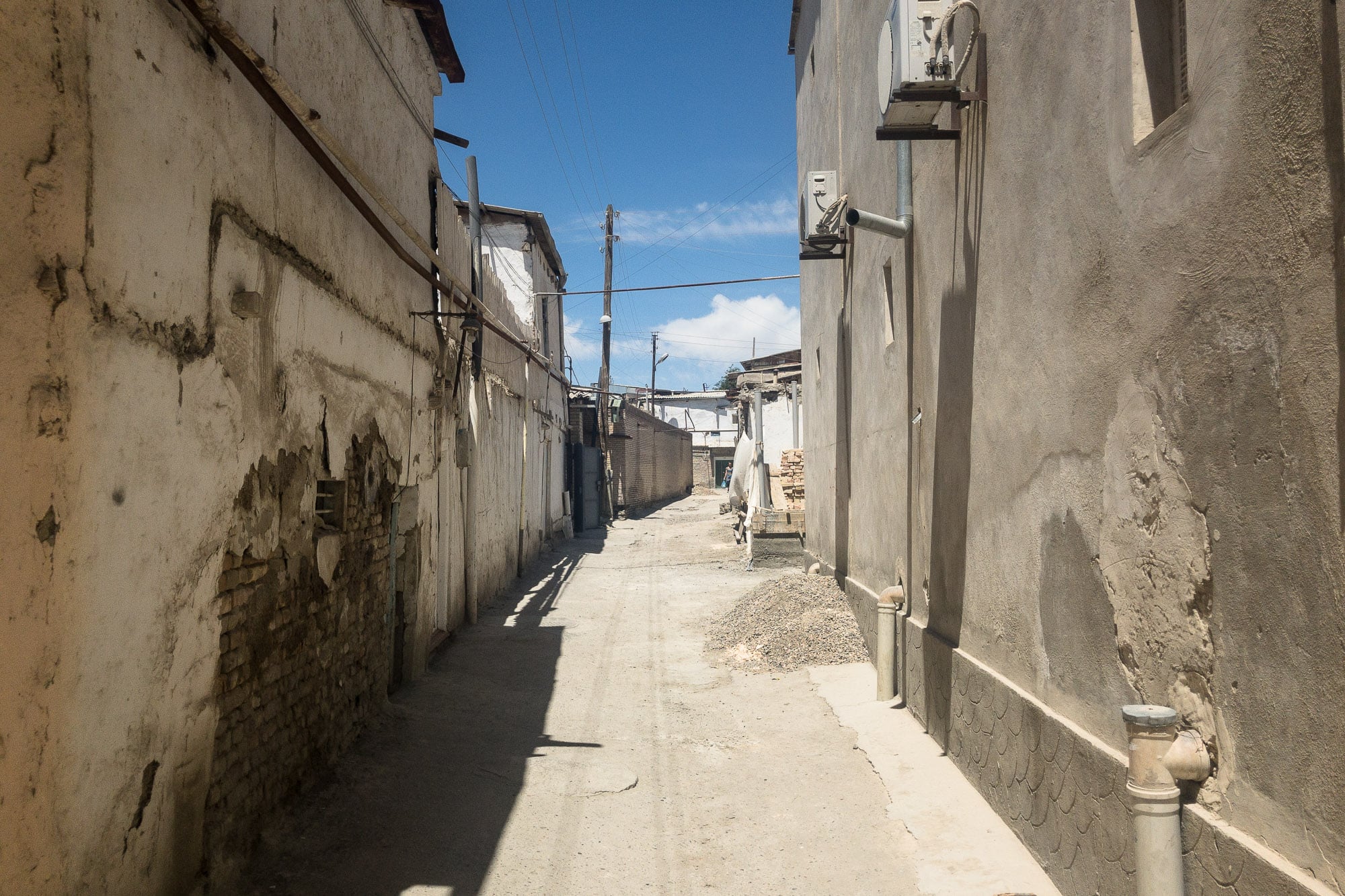 It was much more condensed than Samarkand, and there seemed to be a monumental building around every corner: 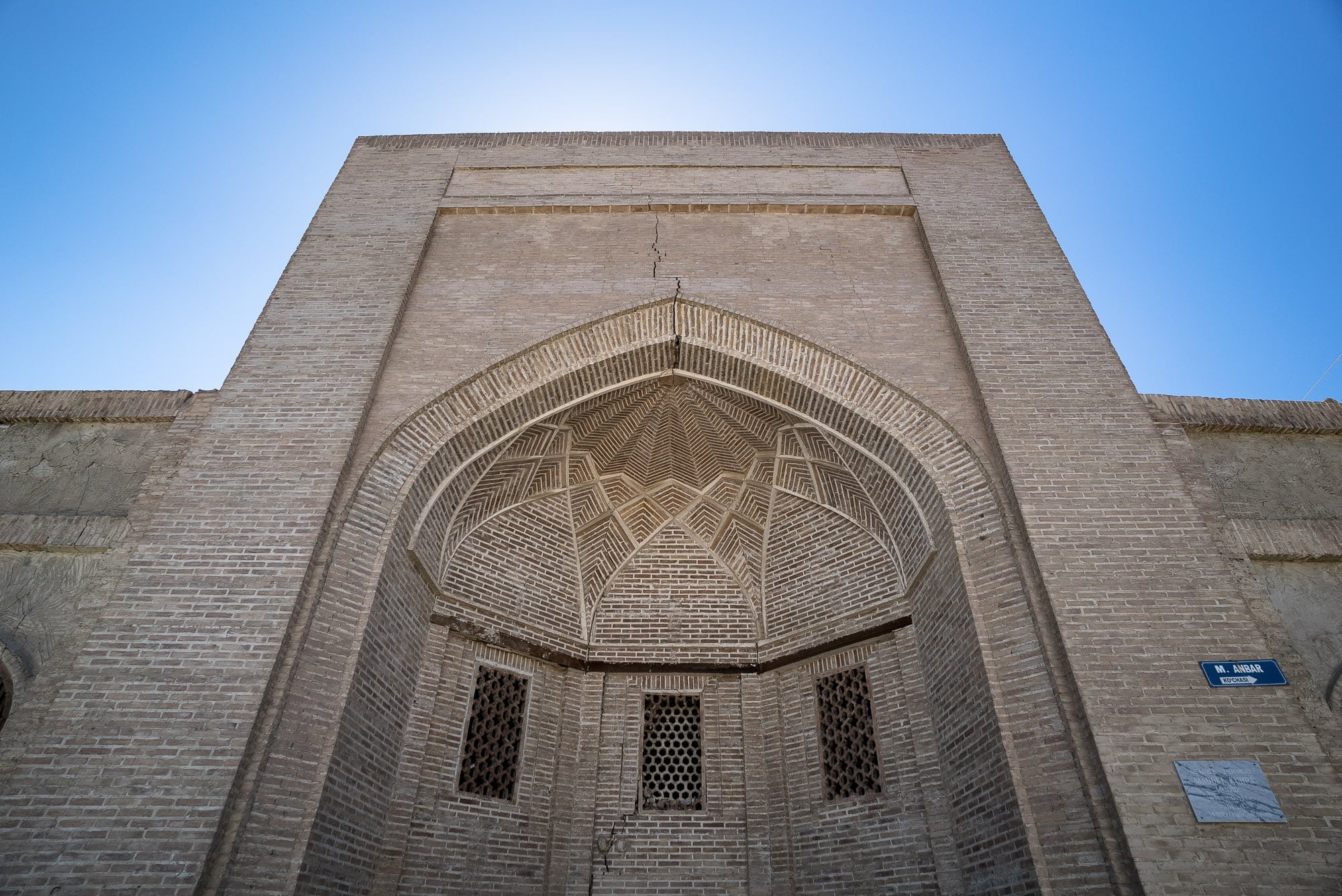 Though some parts looked like they were run-down without actually being that old: 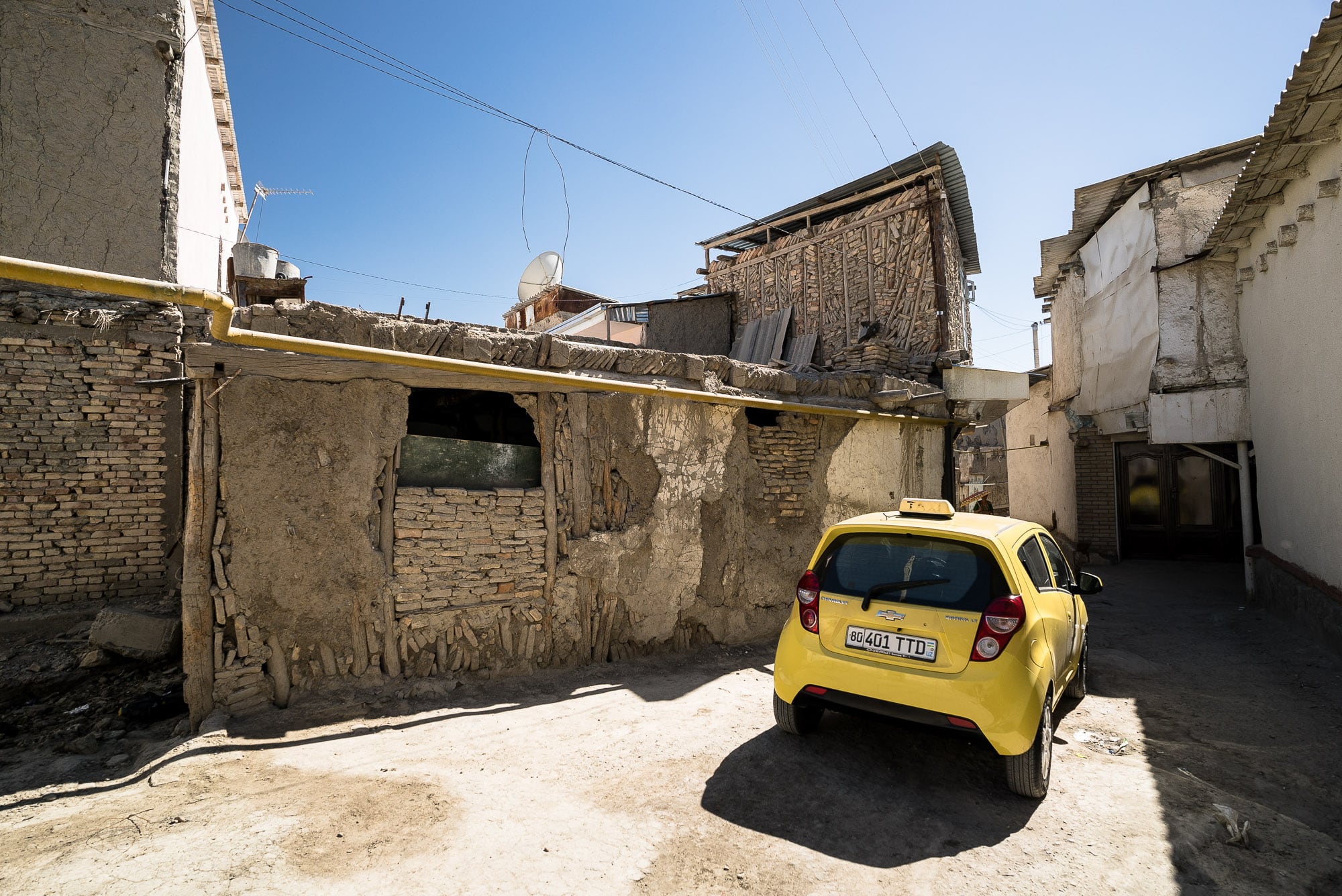 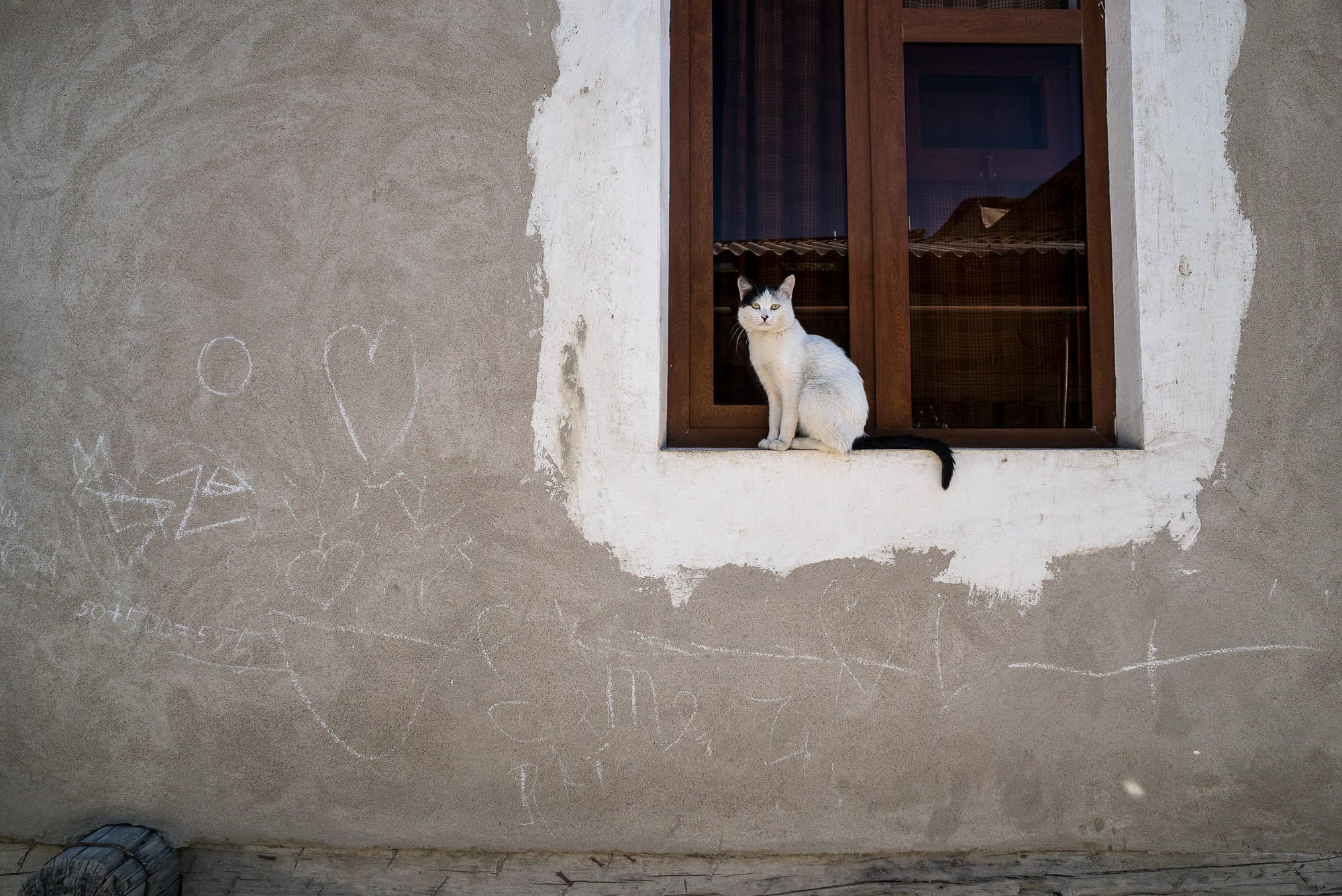 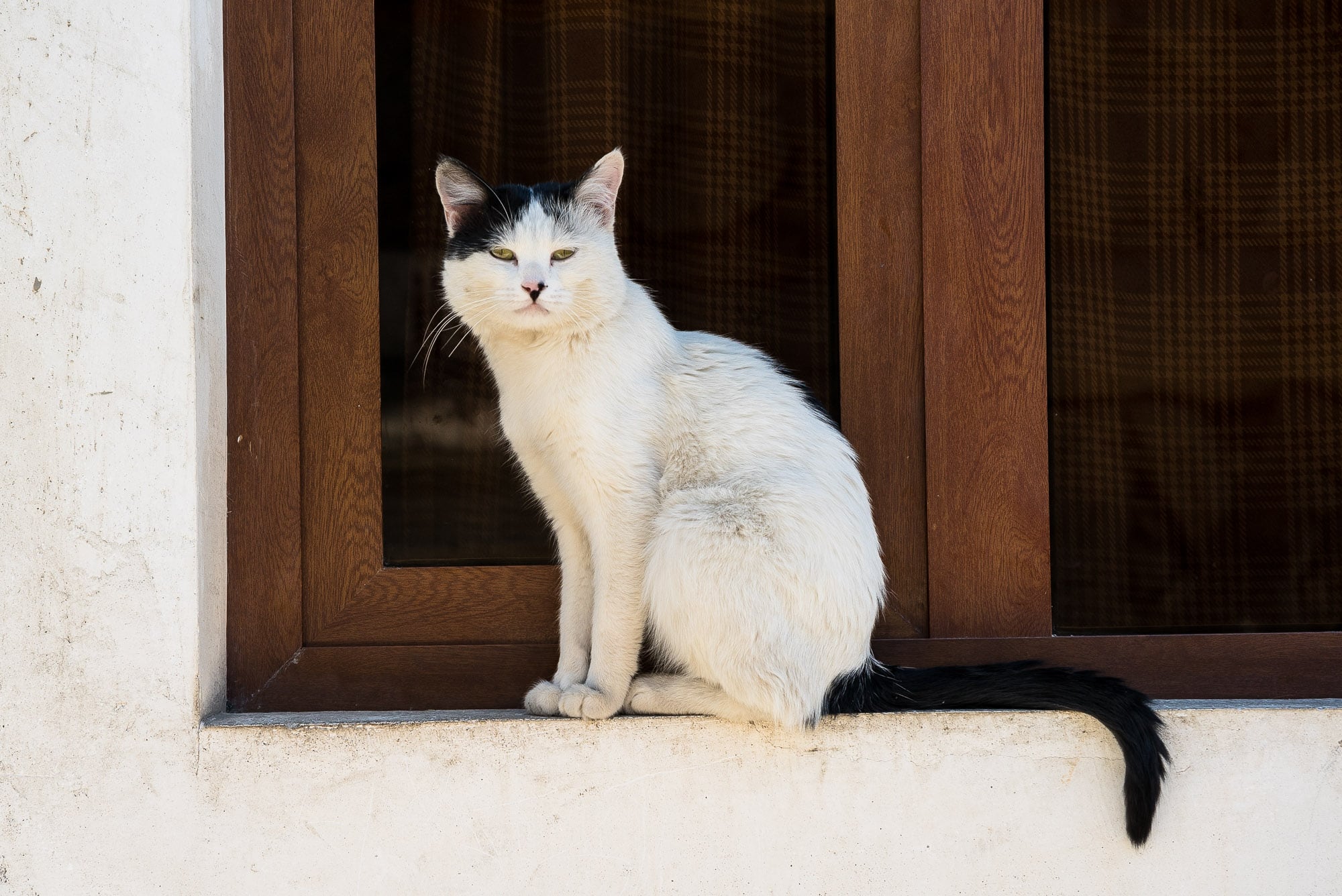 He was apparently very annoyed because someone had closed the window on him. I figured he’d just declare total war on all windows and get that shit over with.

But back to Bukhara: this is a town of madrasahs, i.e. Qur’an schools. There were so many that I totally lost track.

This one is Isteza Madrasah: 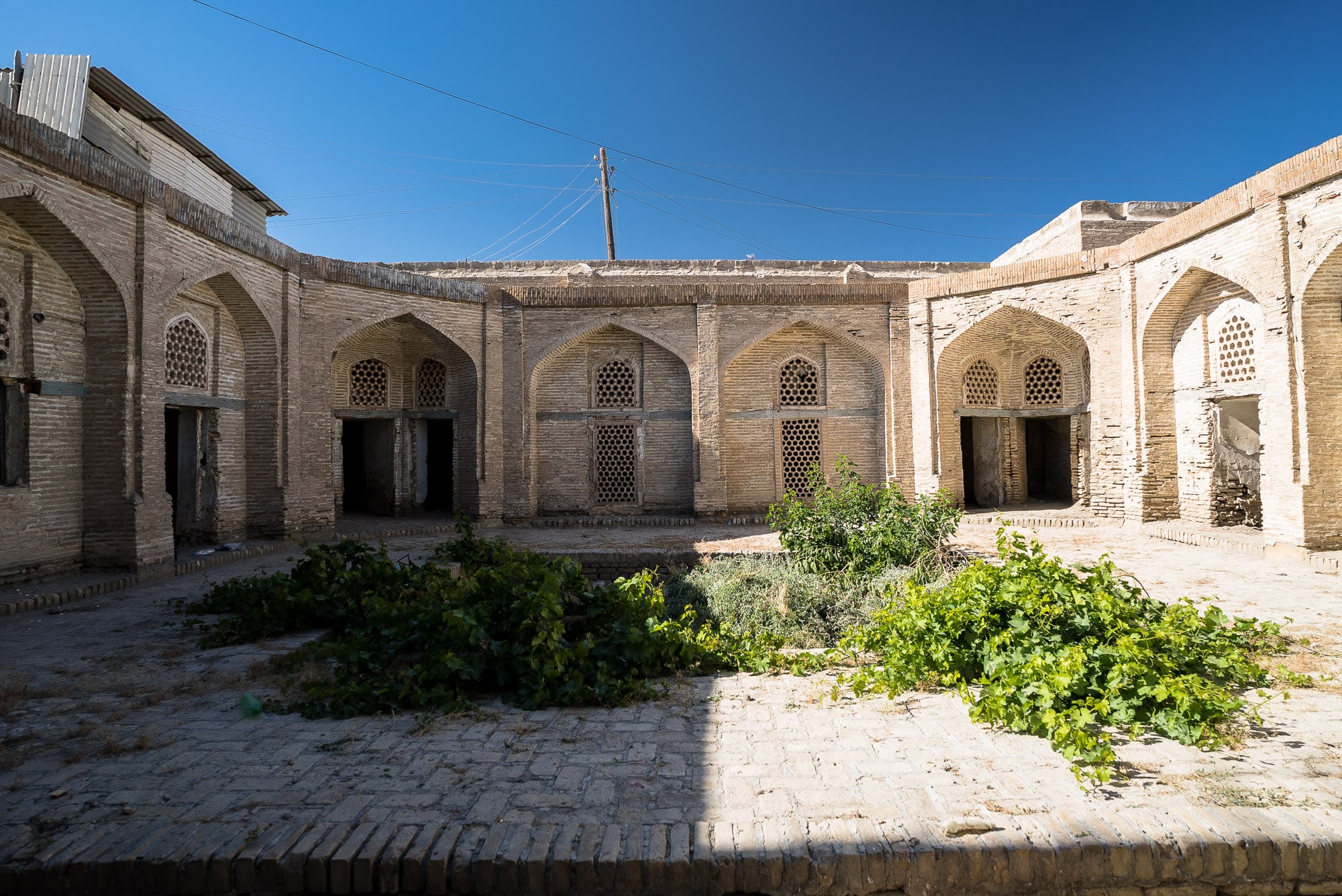 And here is the outer gate of Mullo Tursunjon Madrasah: 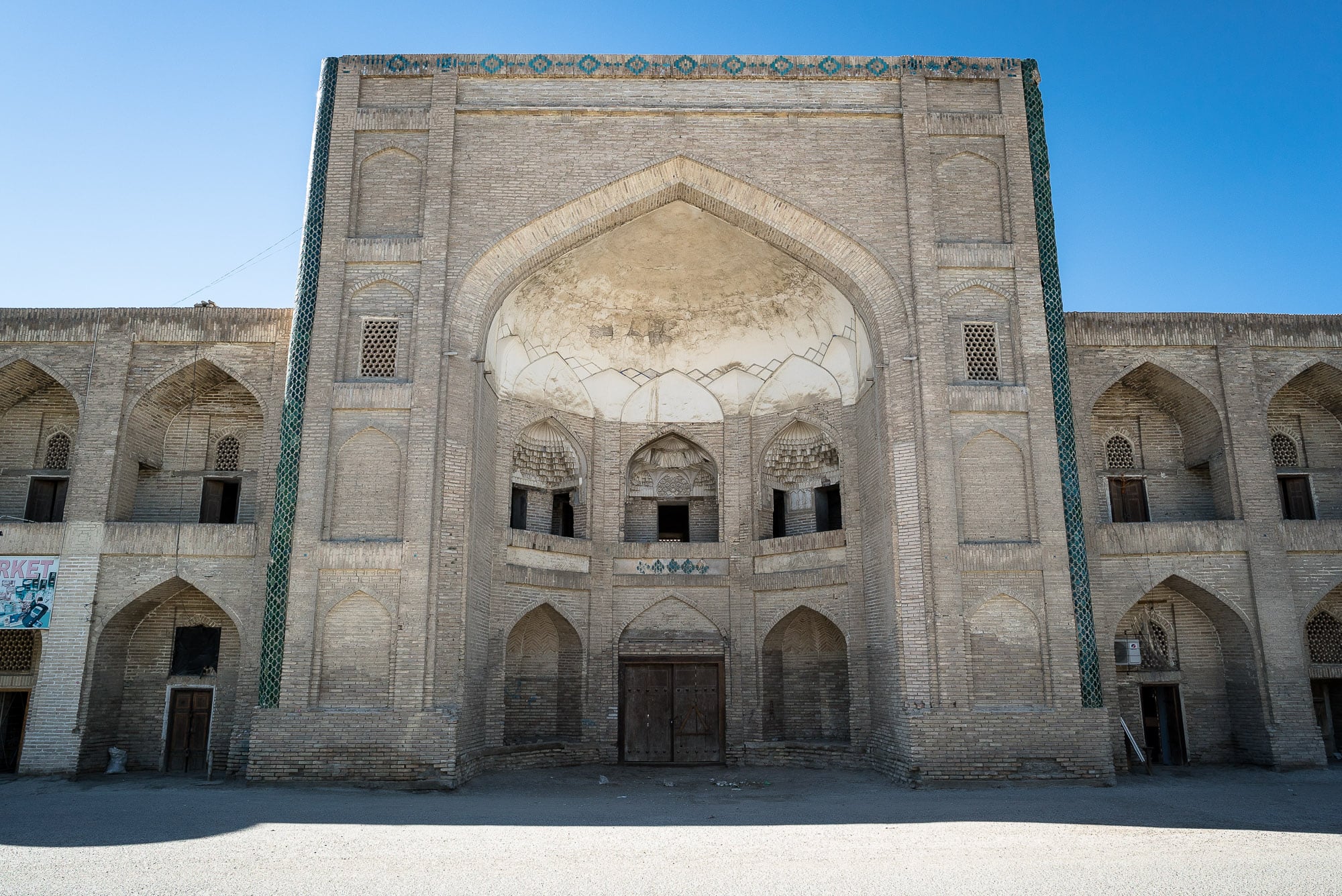 This door didn’t belong to any particular monument, but I liked it anyway: 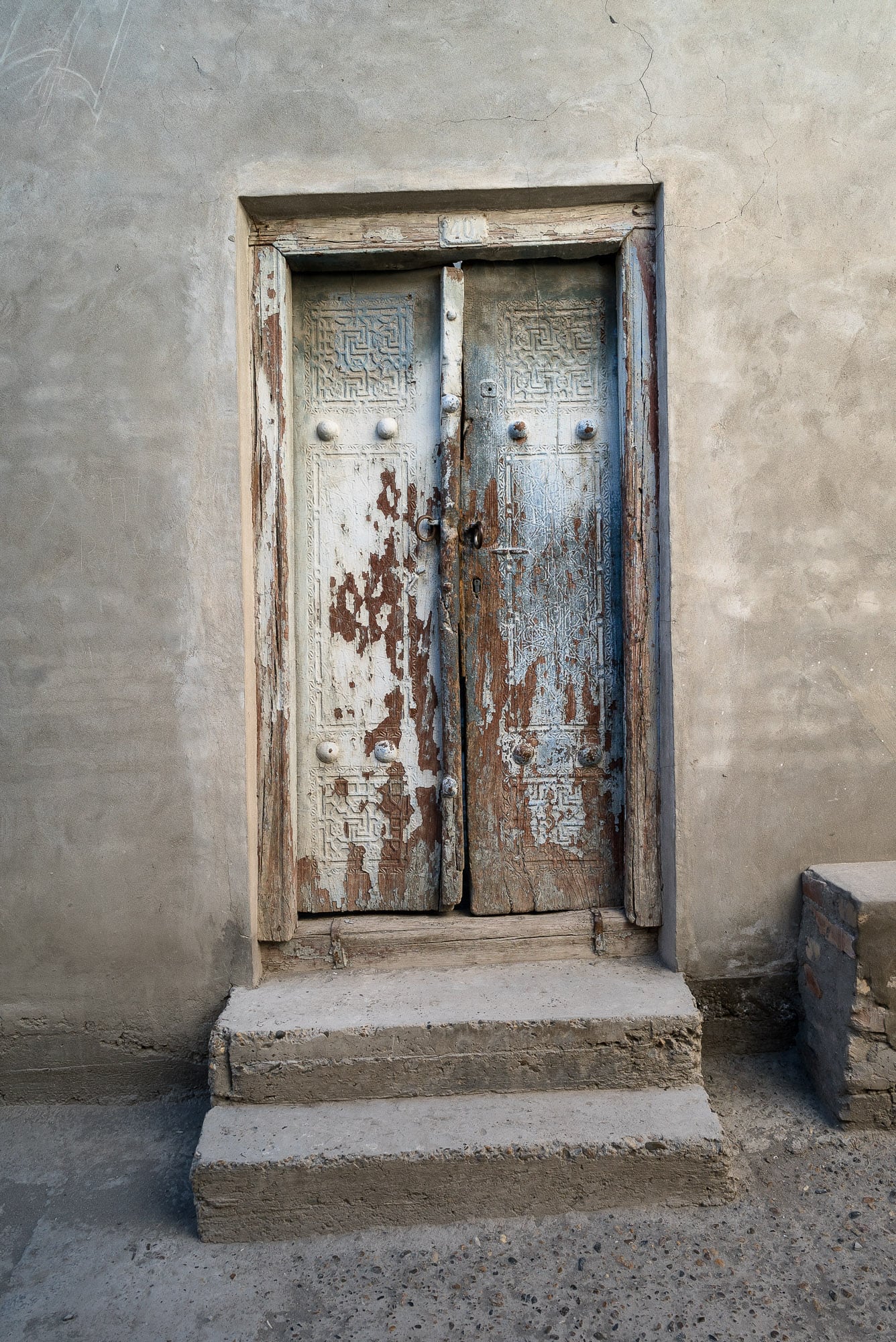 After a bunch of madrasahs we went to the Arc Citadel, the ancient palace of the Emir of Bukhara: 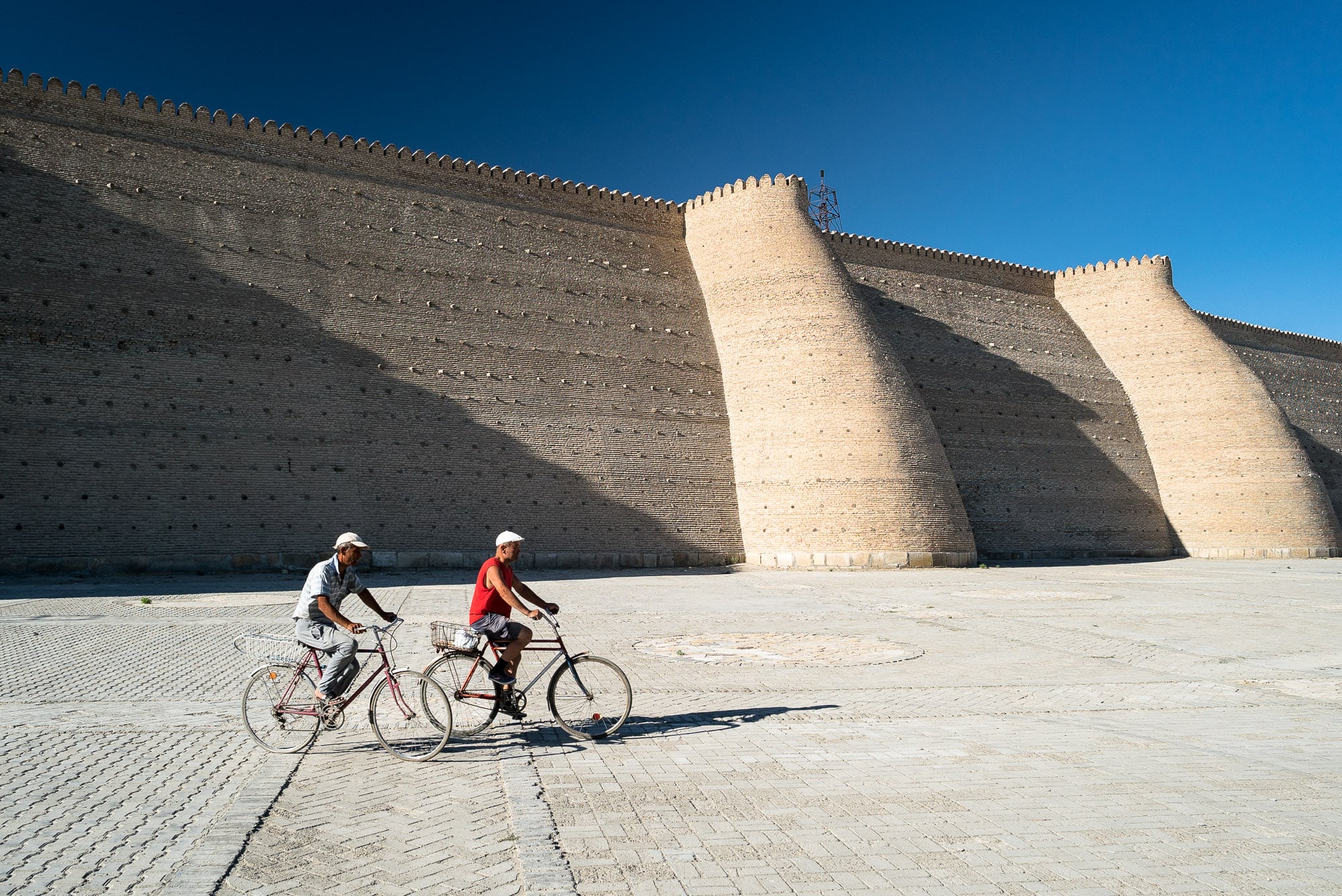 The palace itself was already closing when we got there, but we were asked if we wanted to pay extra to see the ruins.

“The ruins?” we inquired.
“The part of the palace that was bombed by the Soviets when they took the Emirate of Bukhara in 1920.” was the answer.

Well of course we wanted to see the ruins! And as ruins go, they were rather ruined. There was almost nothing to see besides this dome: 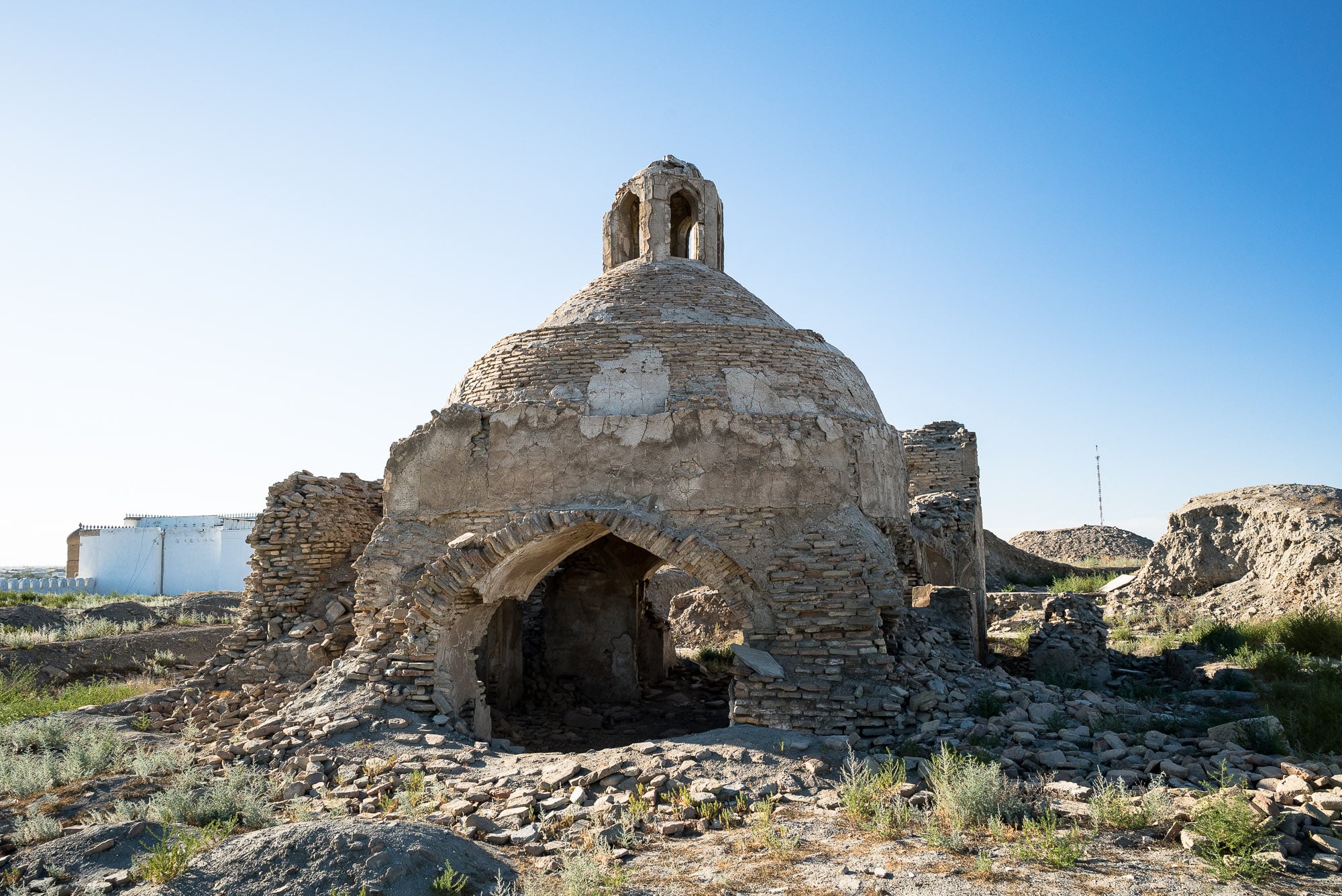 One time a little bird sat down on top of the dome: 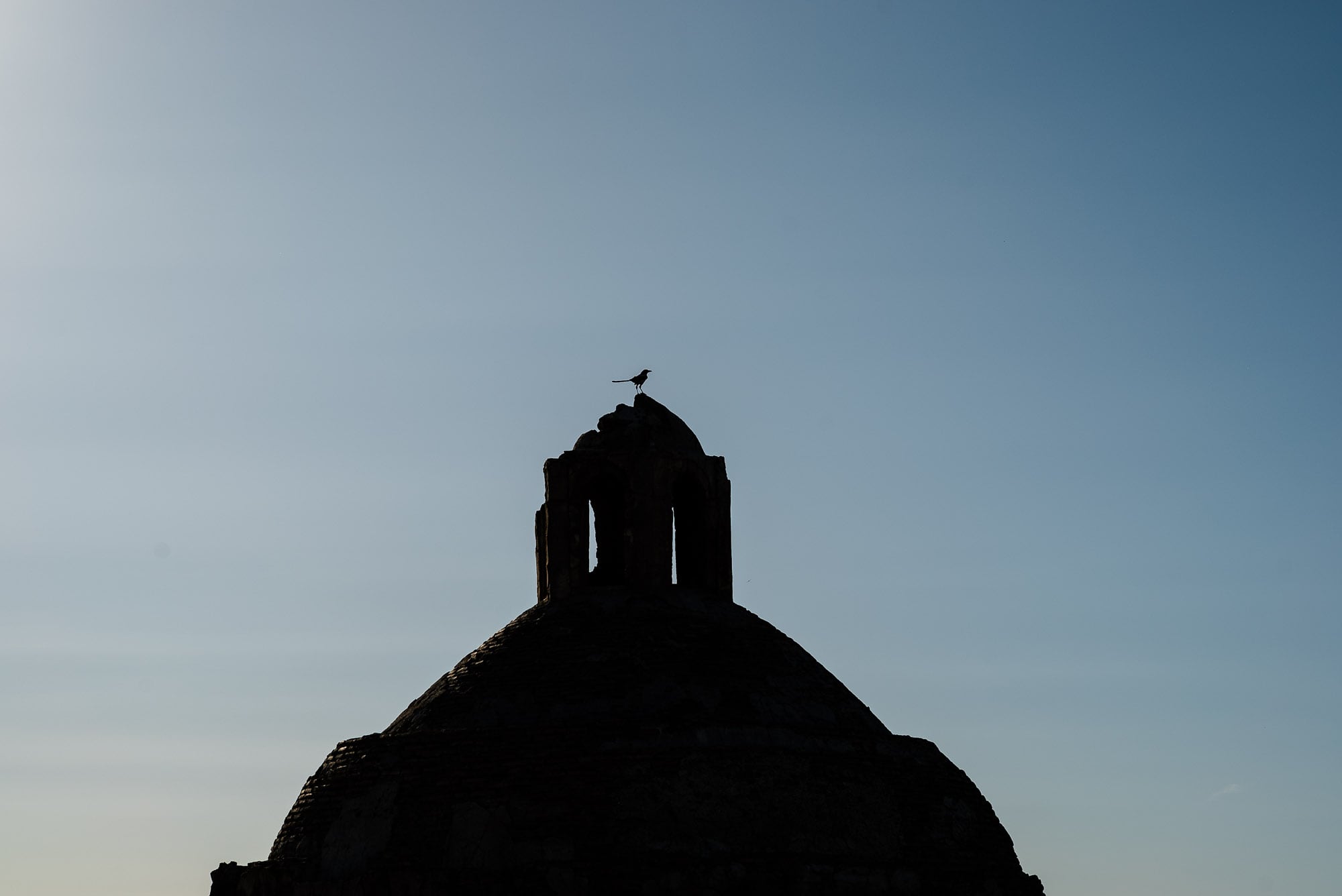 Ruin or not, the bird didn’t care. That was nice.

And the view from atop the ruins was also nice – you could see almost all of Bukhara: 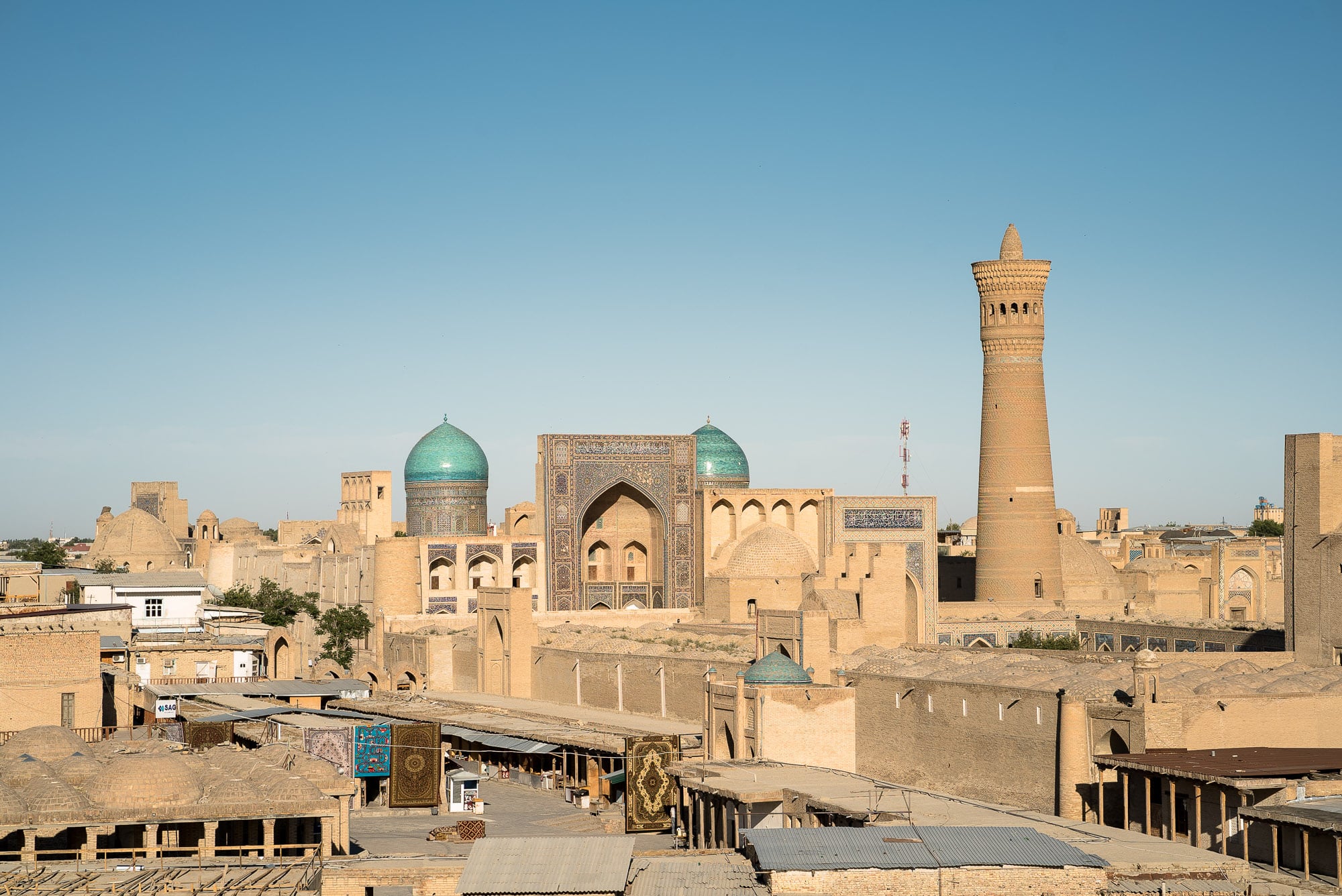 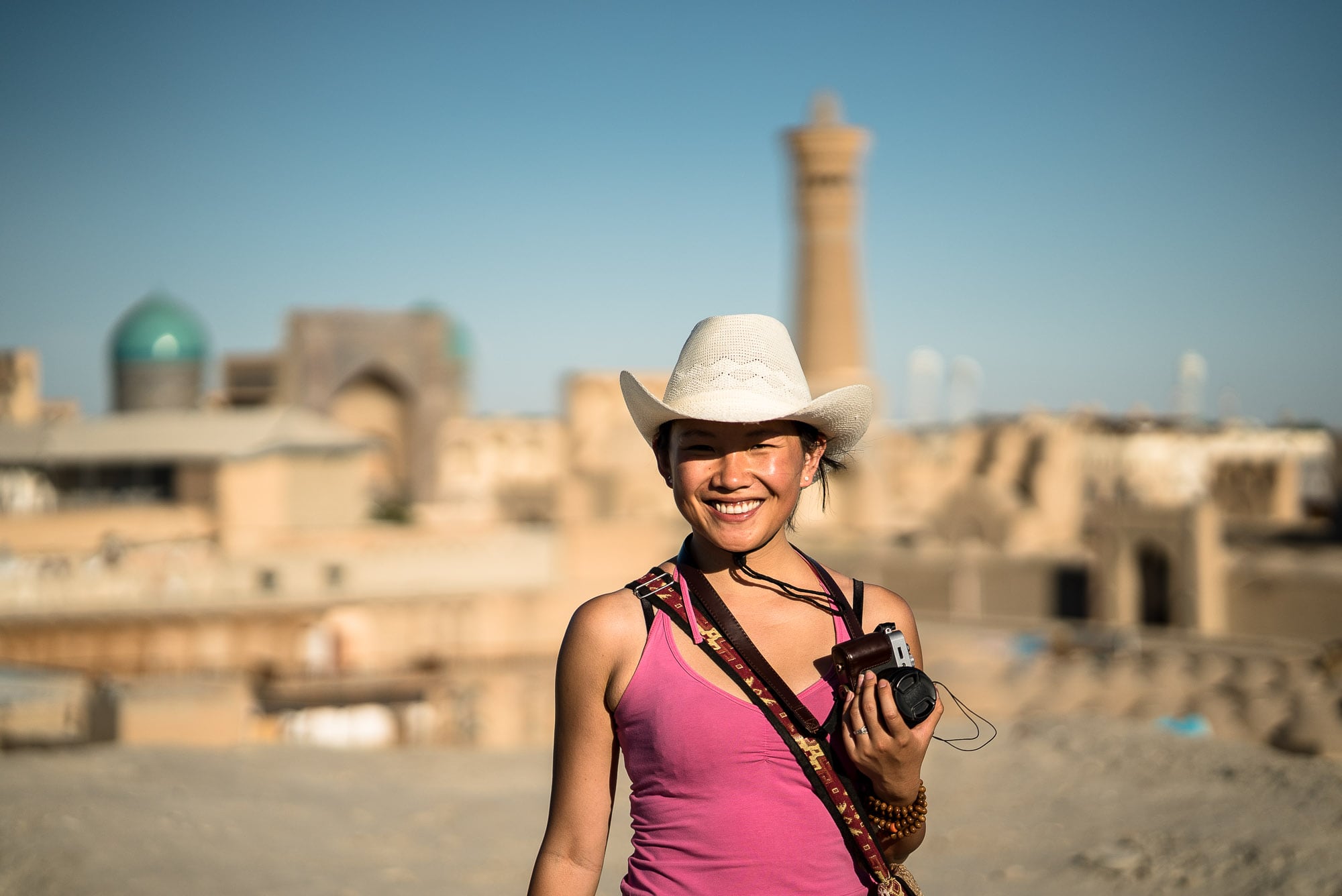 We found another cat, too: 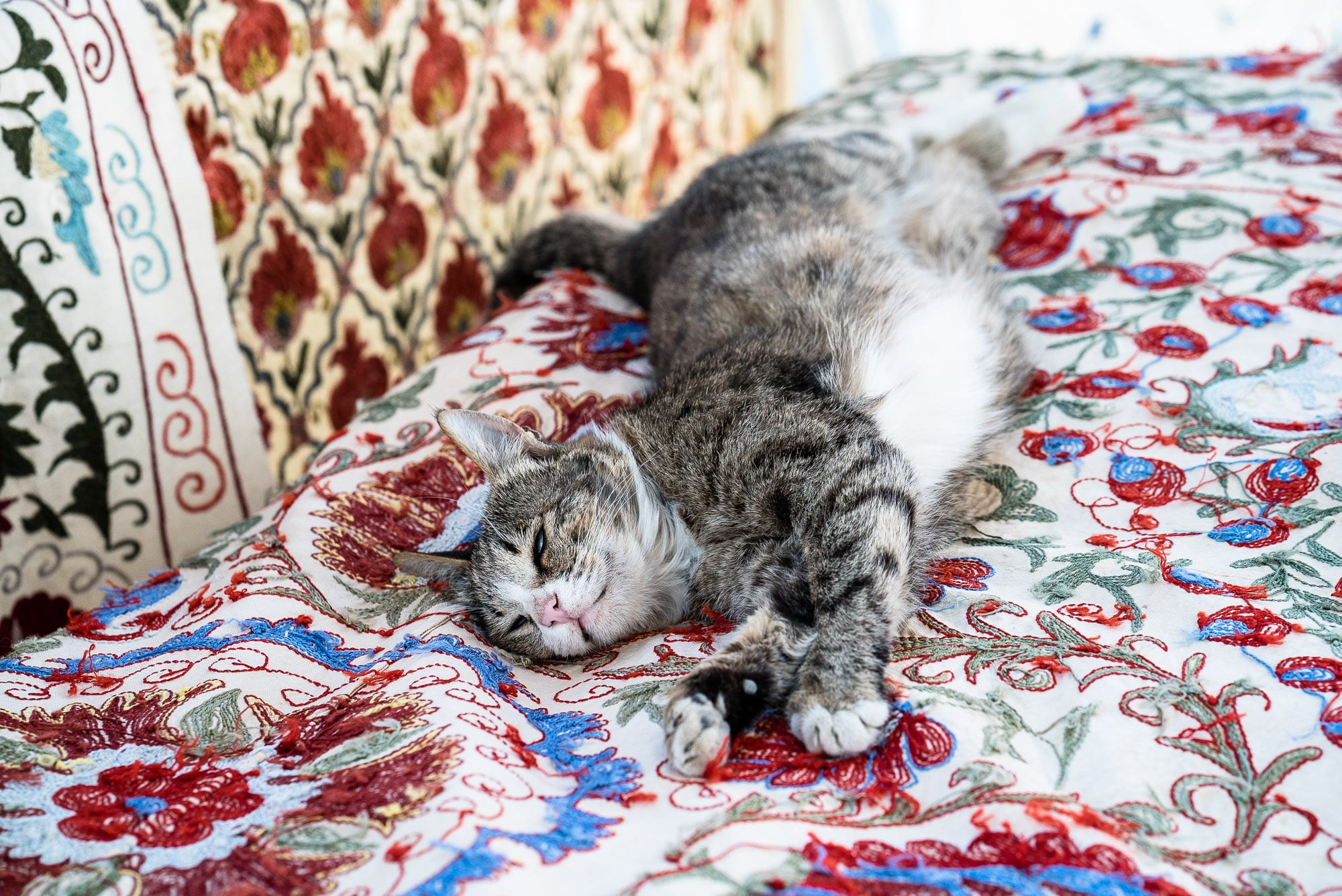 Then we walked back, and as we did, the moon came up behind Bukhara: 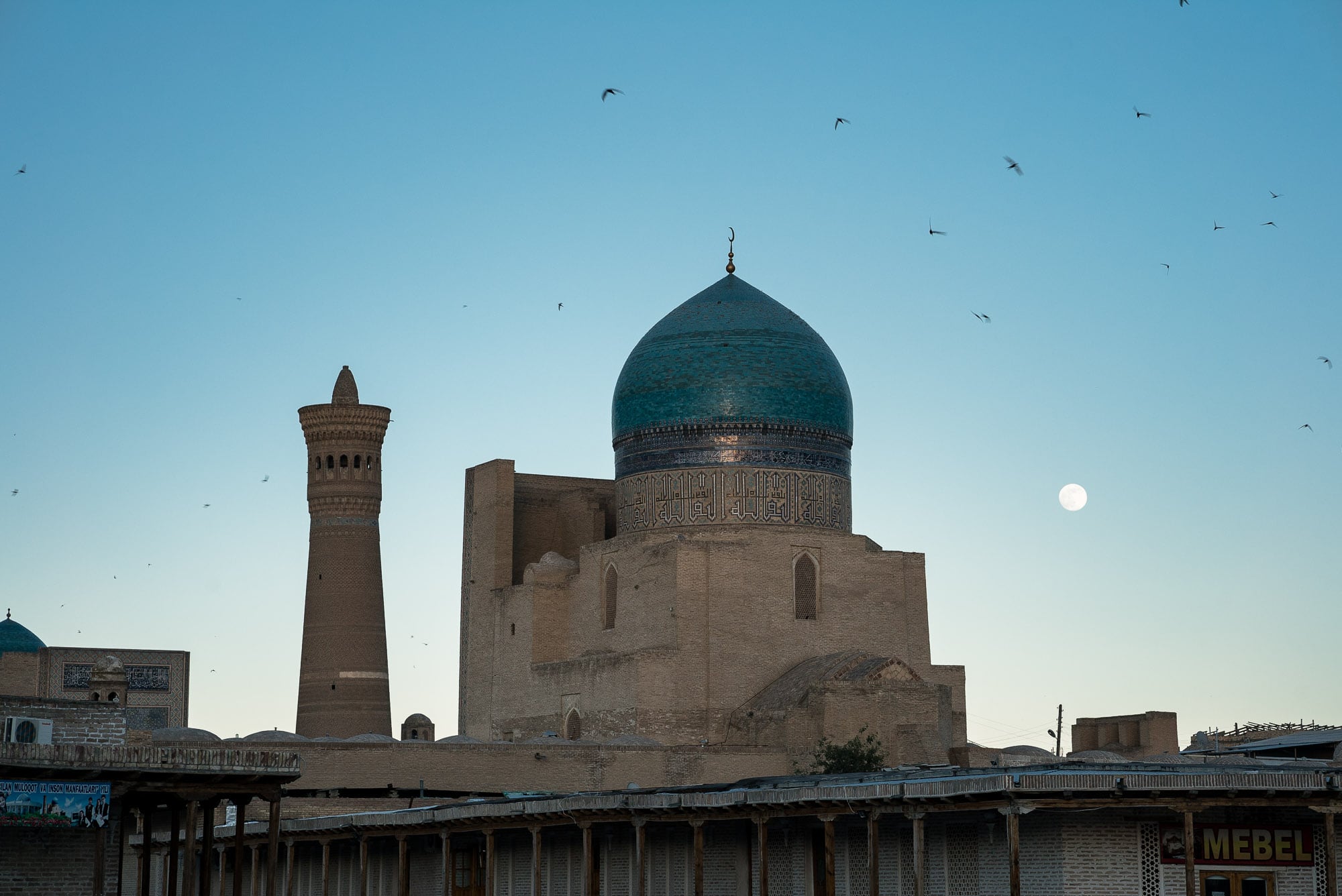 I thought it was all very romantic: 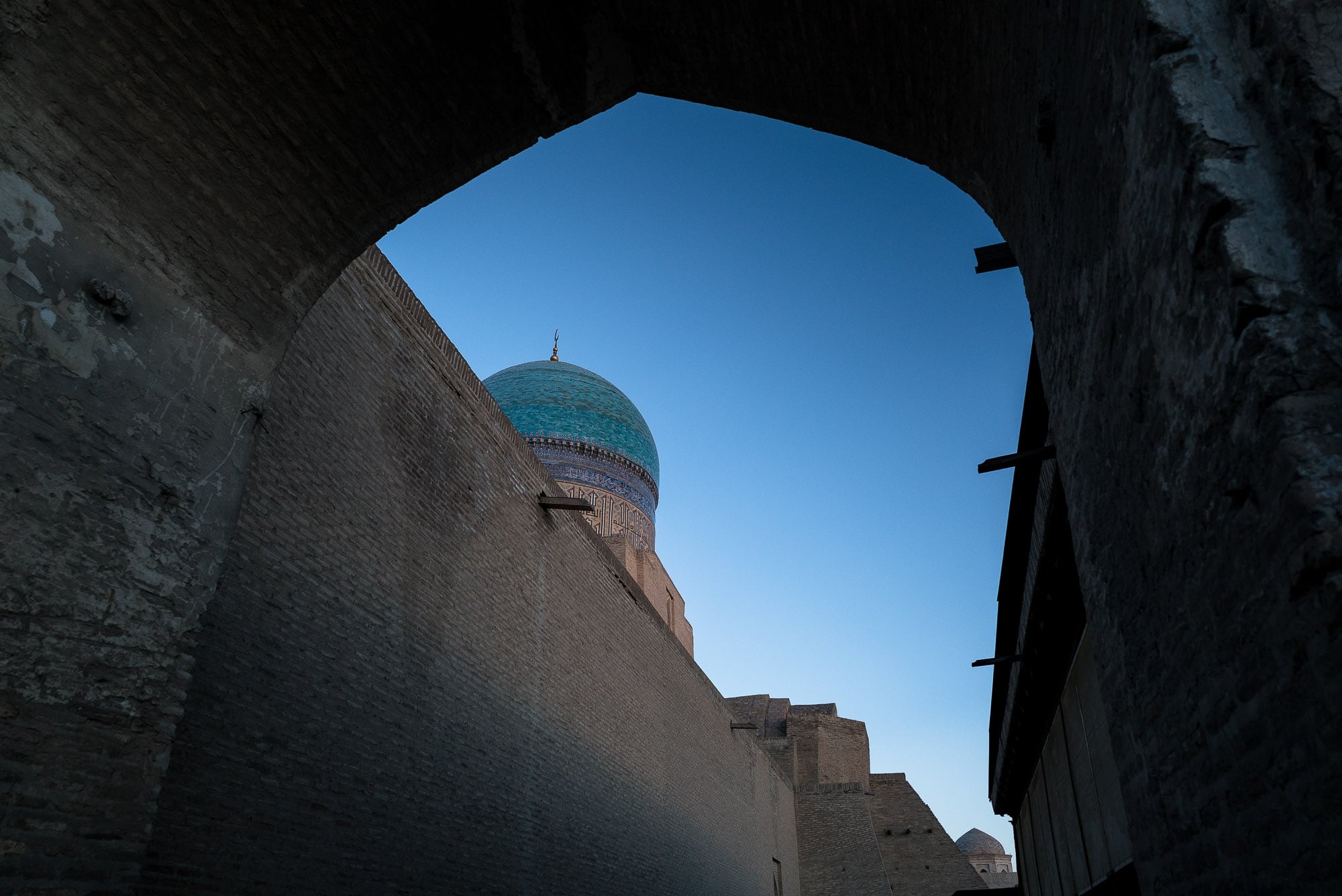 We saw one last madrasah on the way: 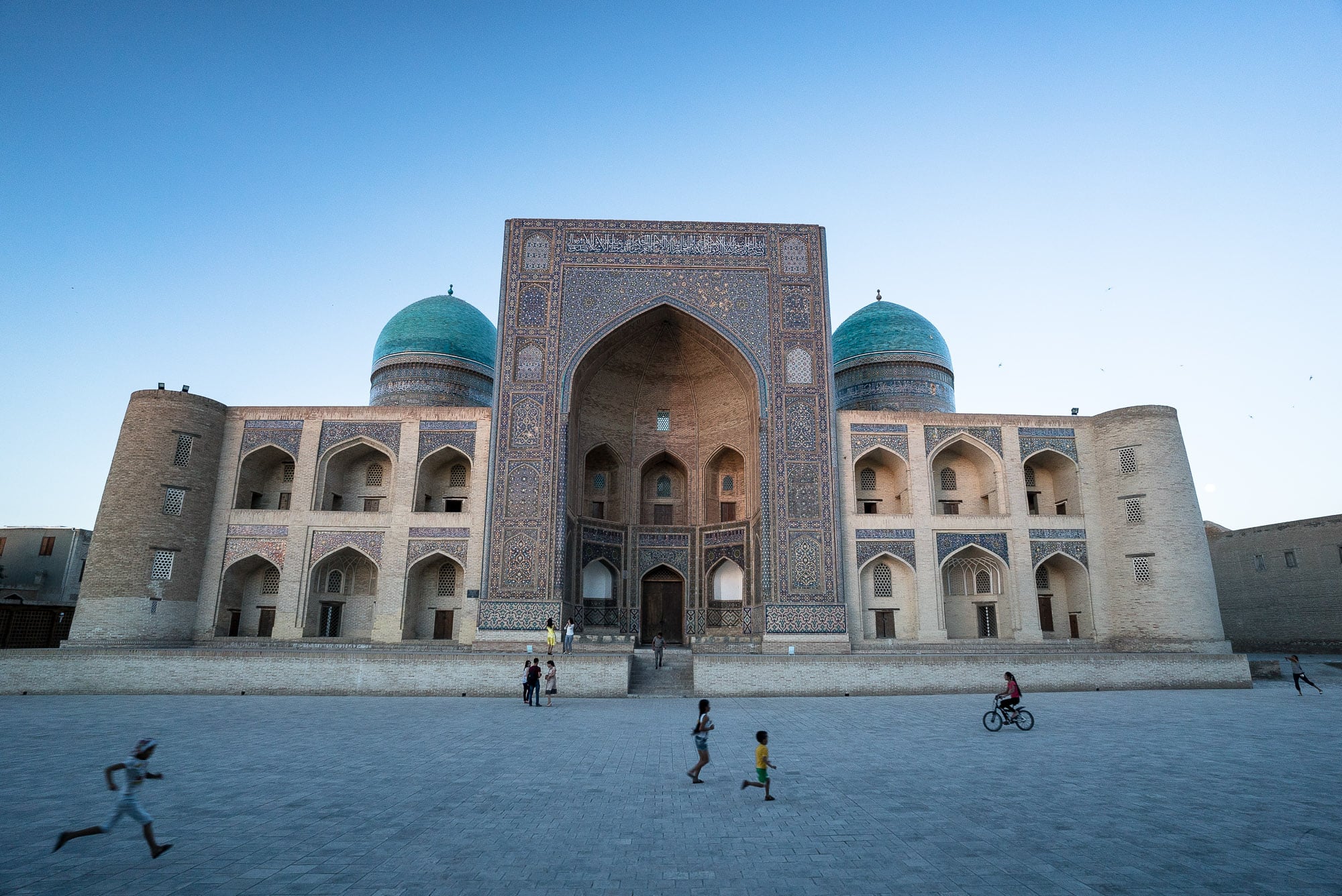 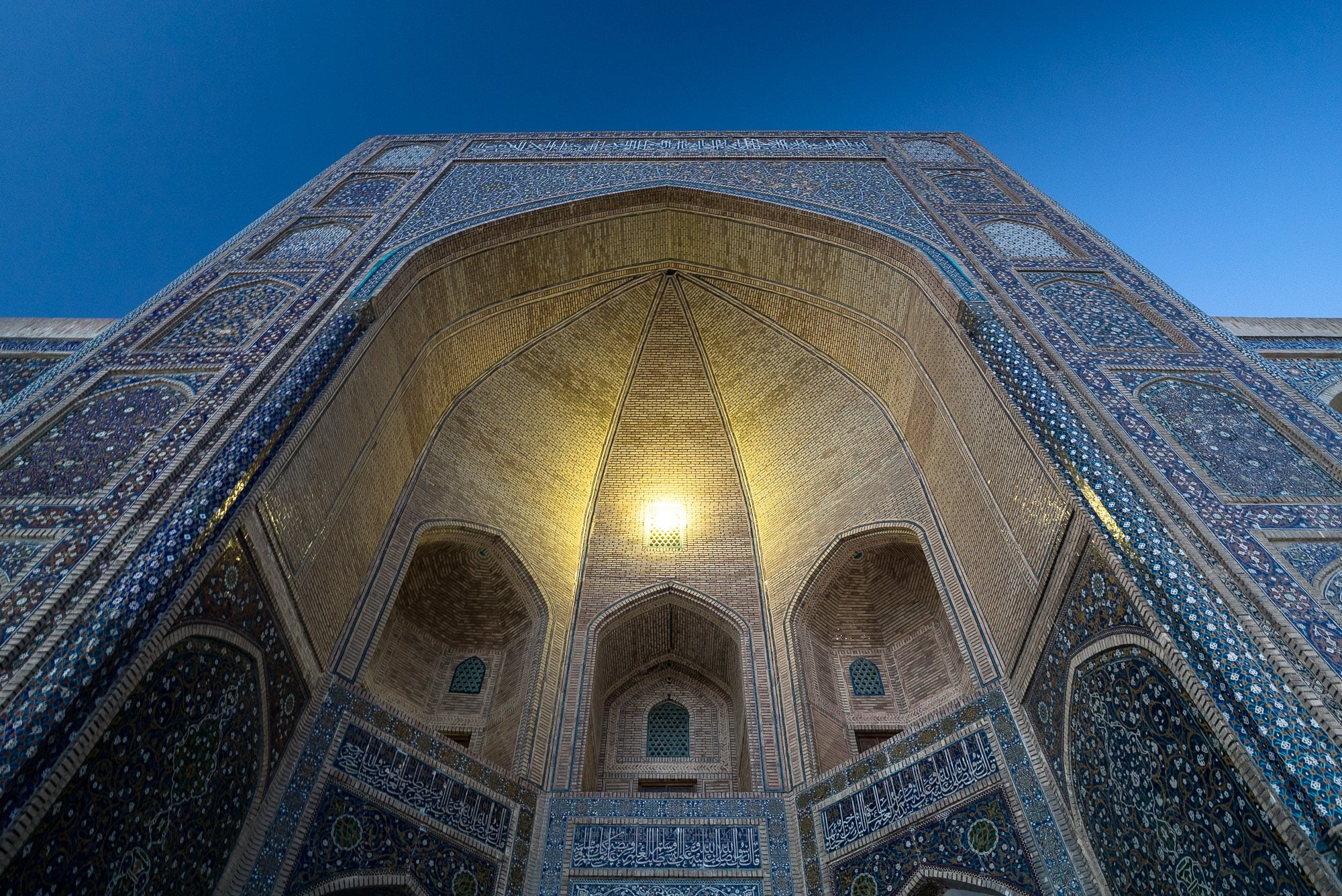 All I can say is that this particular madrasah seemed to be even bigger than the others.