When I woke up this morning, I didn’t feel that sick anymore.

So it was decided that we should go downtown and look at a big fat Sleeping Buddha. And I, being a fan of Sleeping Buddhas ever since a certain summer day in Zhangye (or “Reclining Buddhas”, as they call them) was excited to see him.

So we went to the National Museum of History. Or the Museum of National Antiquities. I was still a bit dizzy, so I don’t quite remember.

The museum was alright though.

All kinds of artifacts: 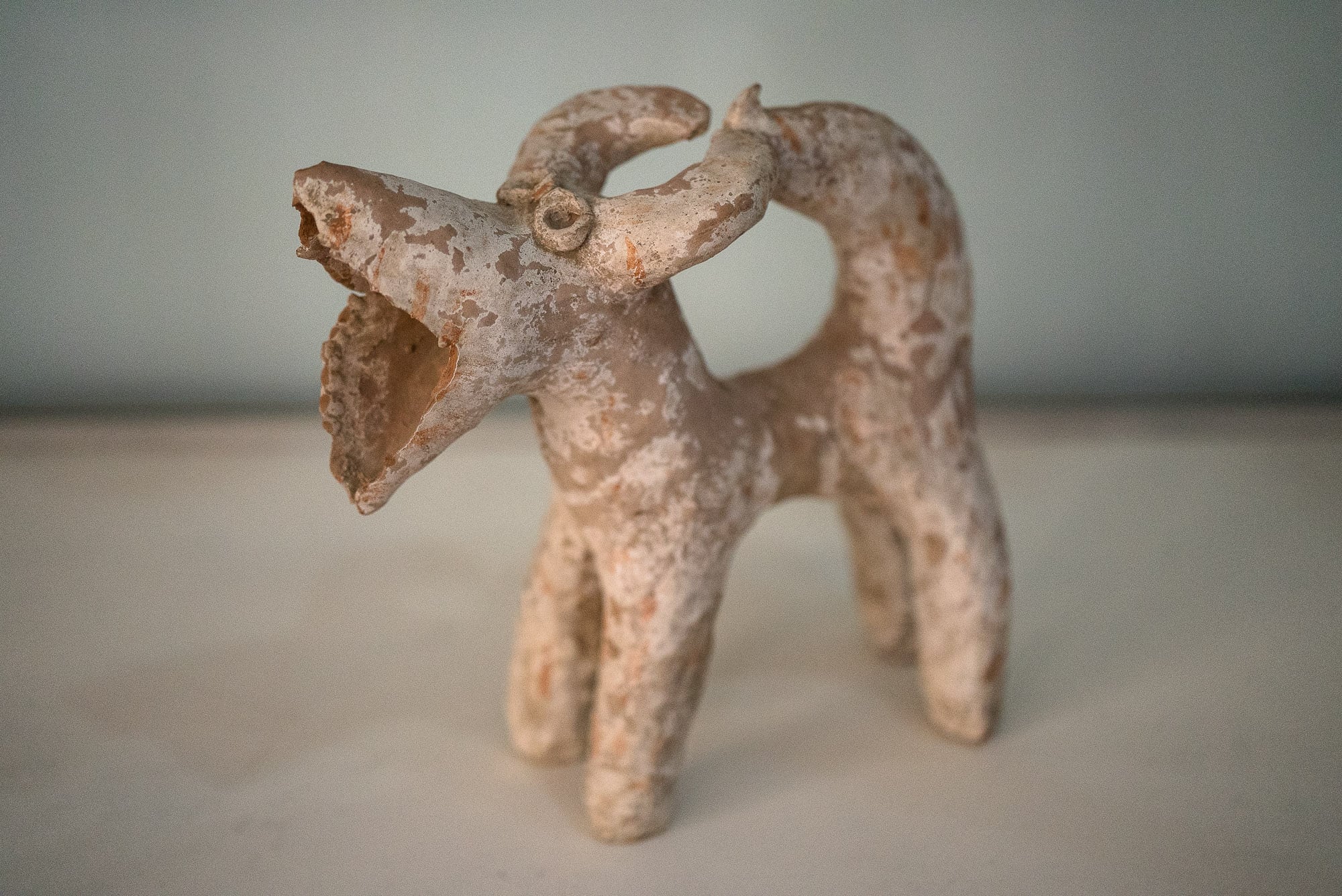 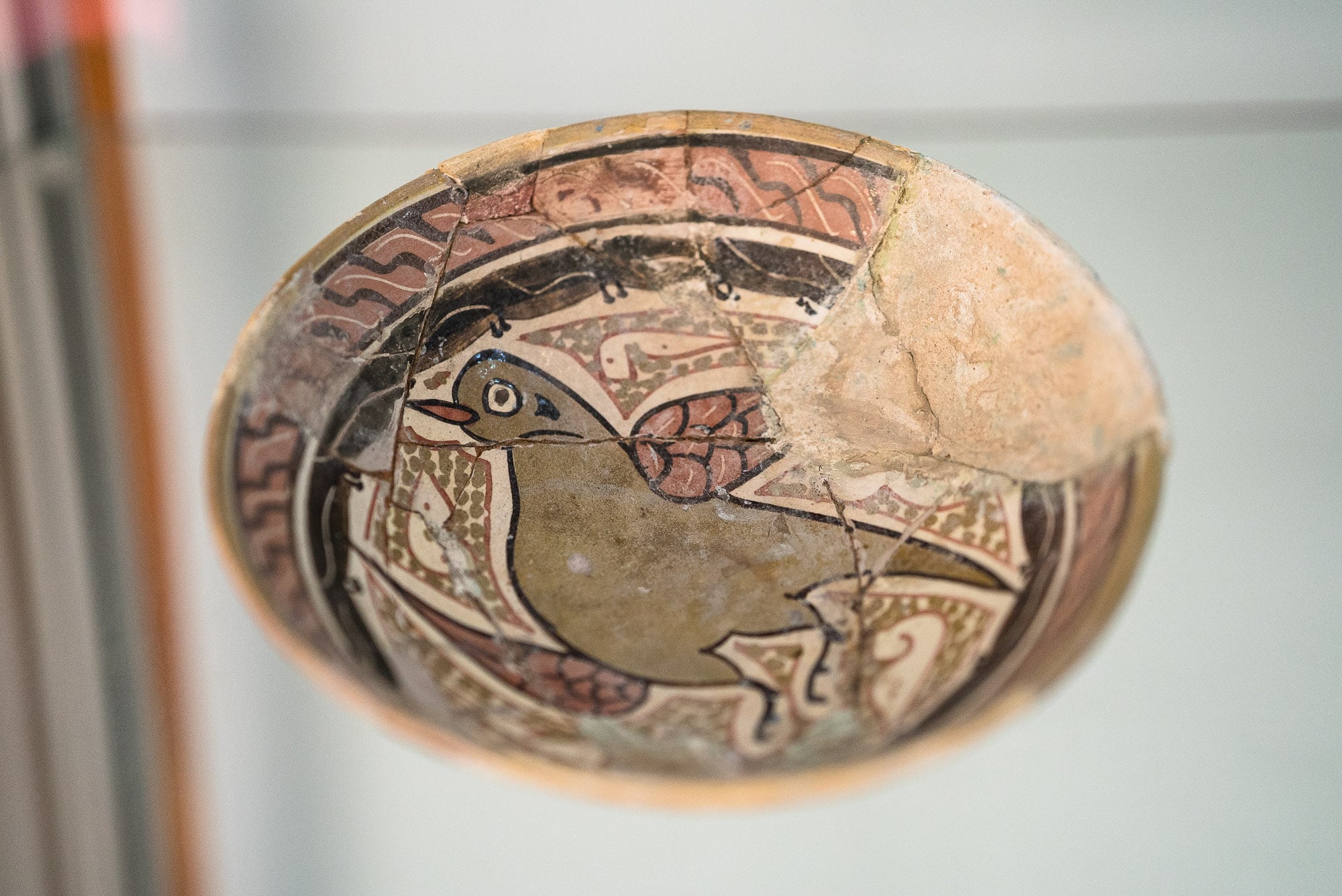 And then there was the big fat Sleeping Buddha: 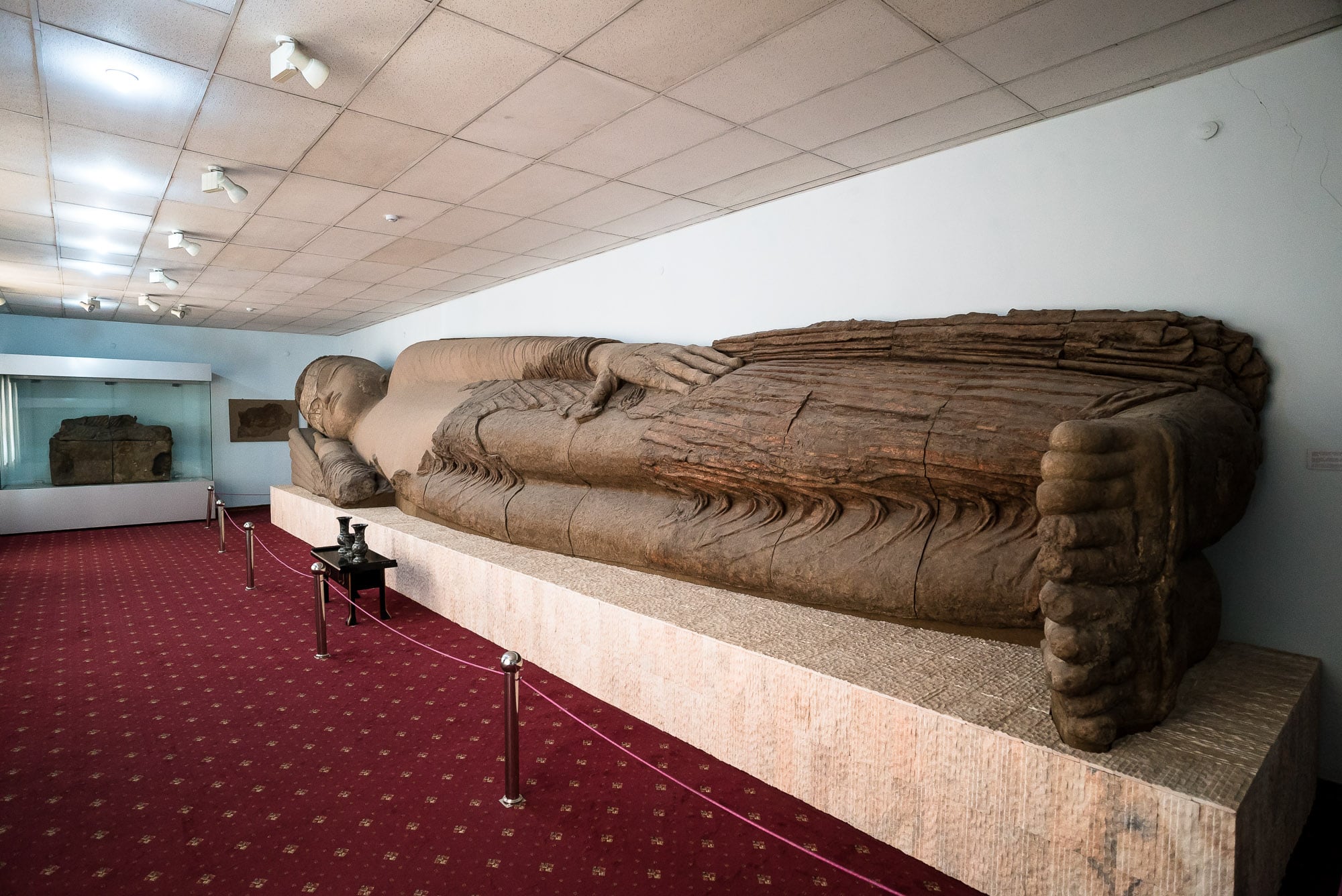 And he was really quite massive: 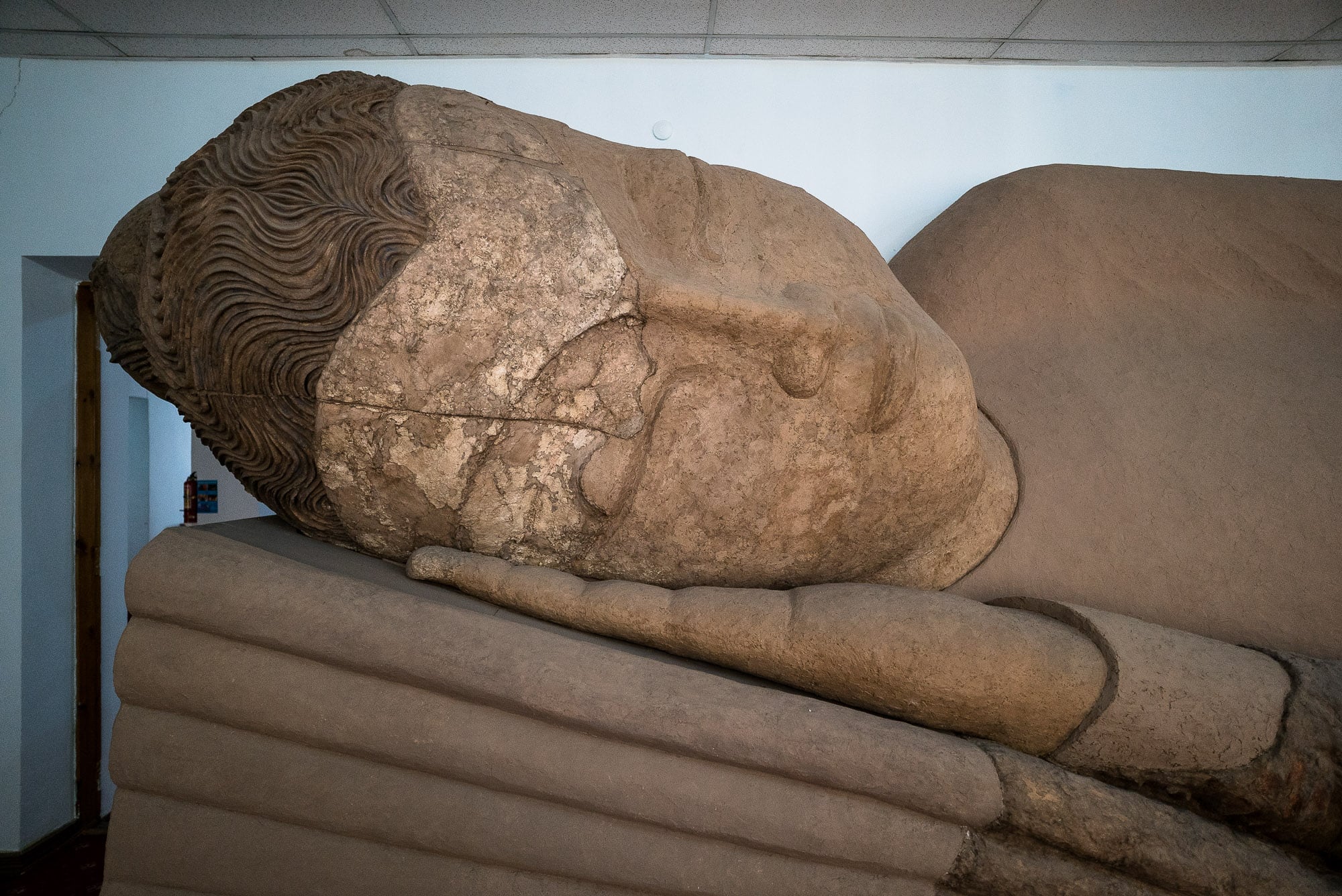 Apparently this was the original, and other Sleeping Buddhas on display in and around Dushanbe were mere copies: 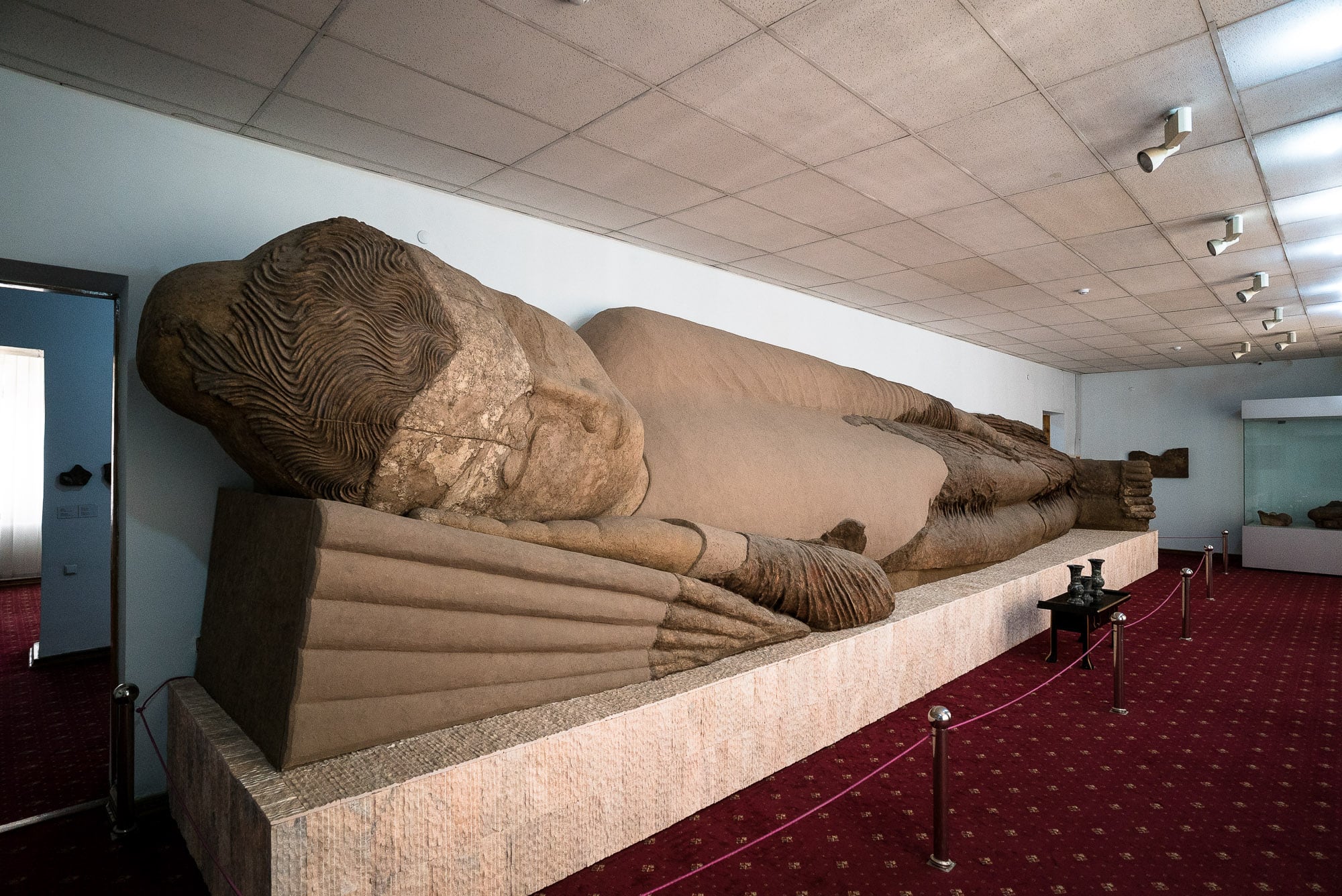 Looks peaceful, doesn’t he? Well, it’s easy to think that he is just catching some sleep. But apparently the reclining position symbolizes his phase of sickness or weakness before death. Poor guy.

I snapped a bunch of pictures that I was going to use as cellphone wallpapers: 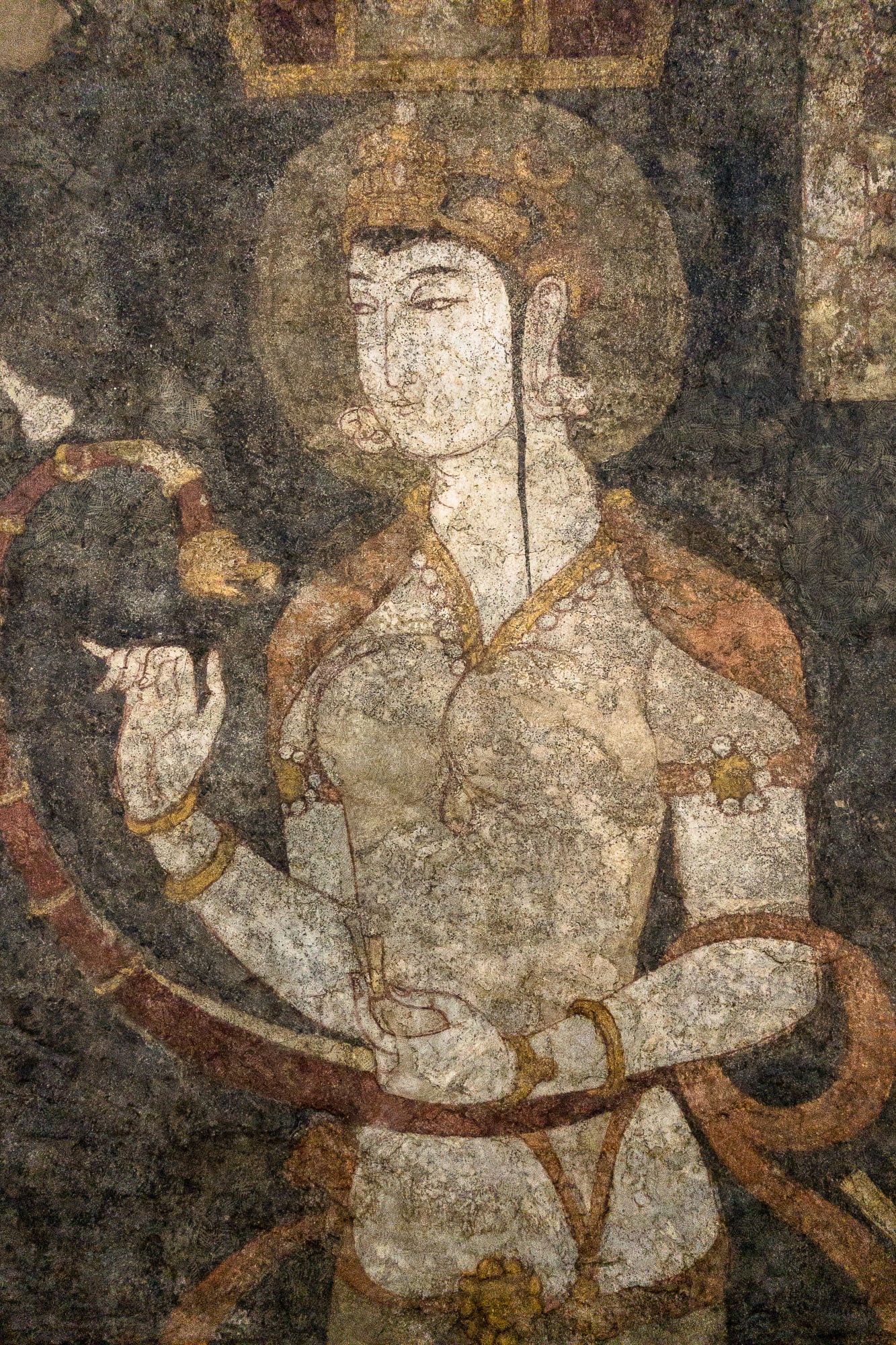 This is something I like to do in order to make myself appear sophisticated: 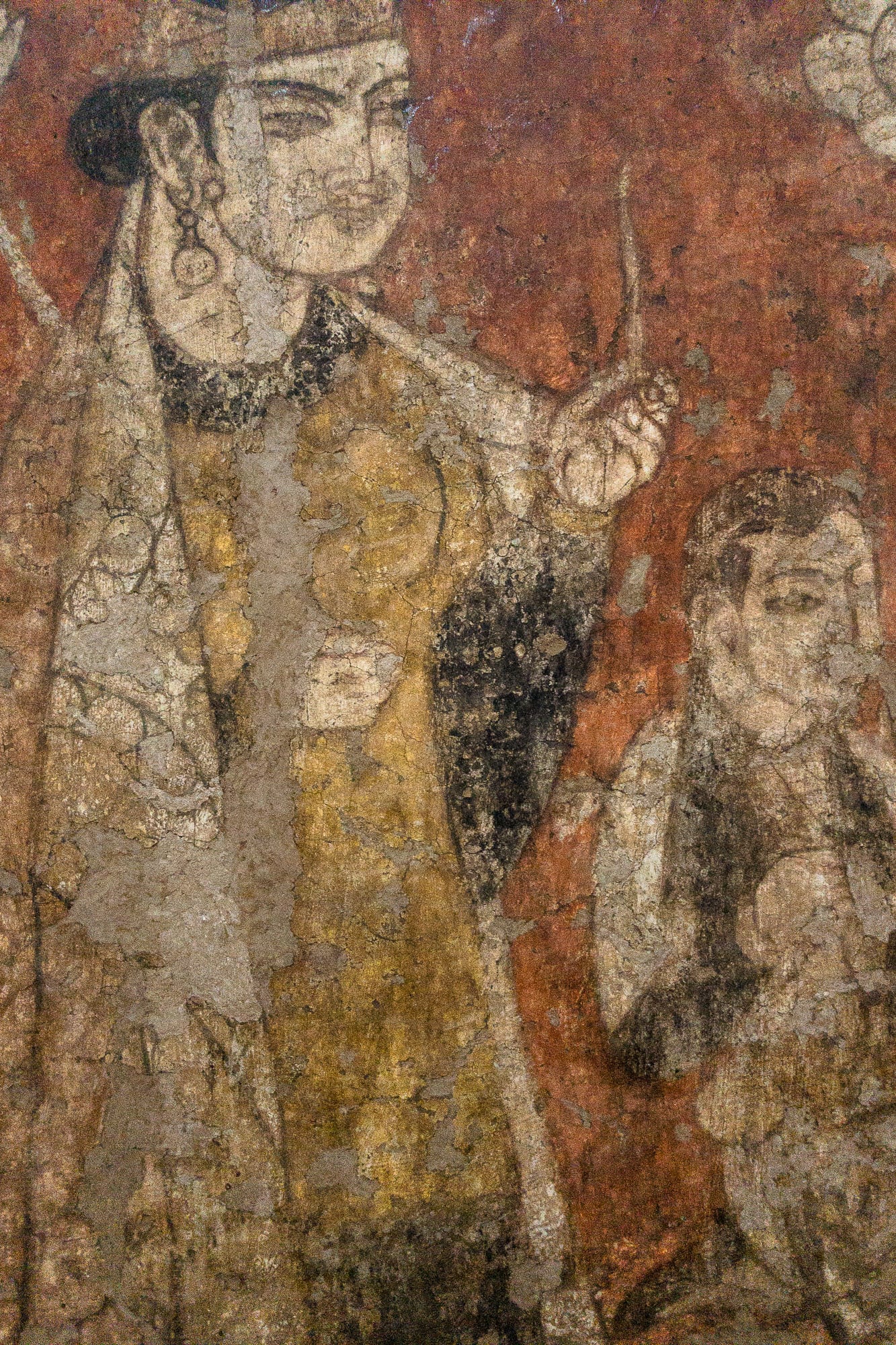 After the museum we got our things and got into a cab to the border of Uzbekistan. It was another one of those borders where only foreigners could pass through, so it was really quiet. There was one last shop: 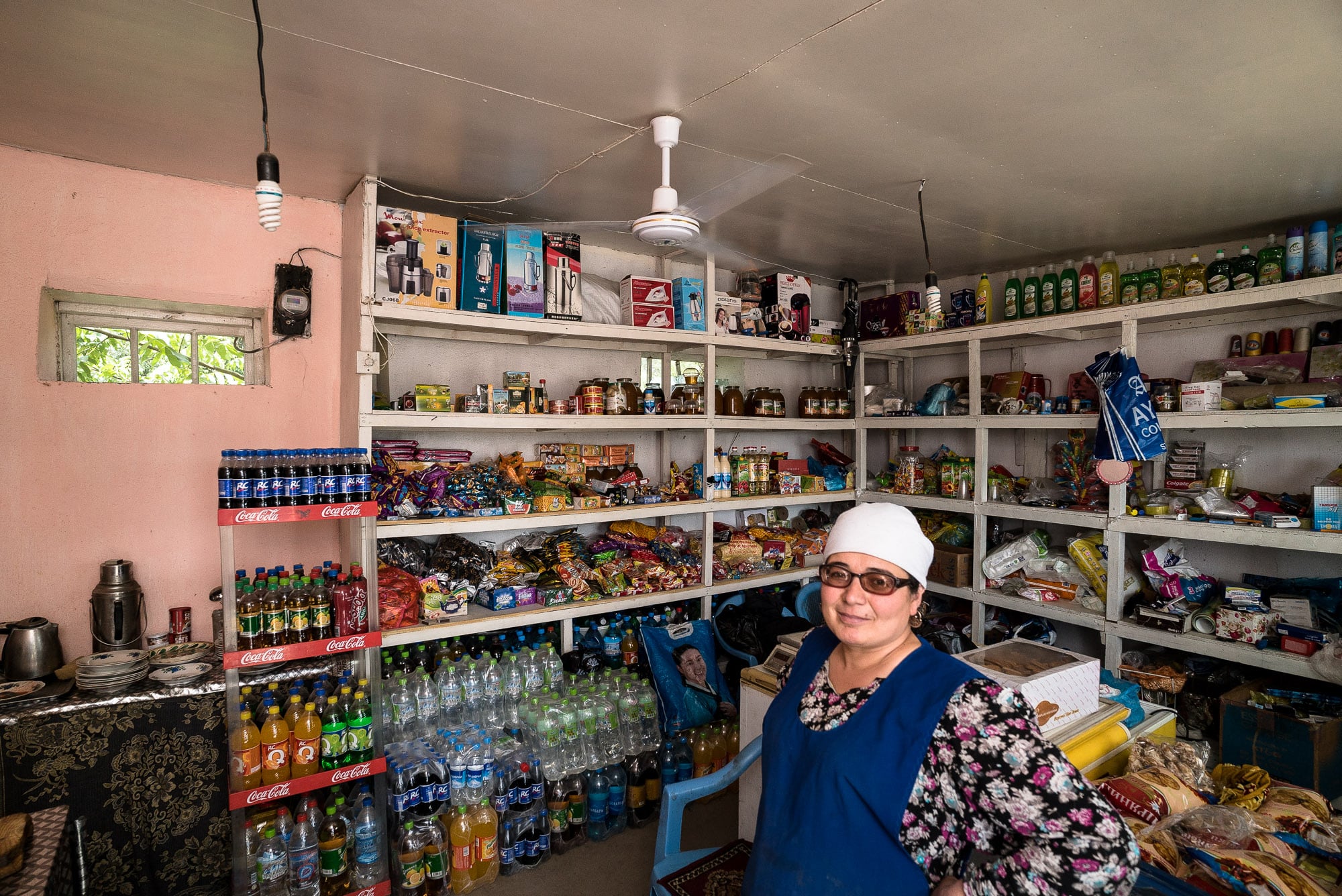 And besides that, just the open road with a photo of who else but President Ramon: 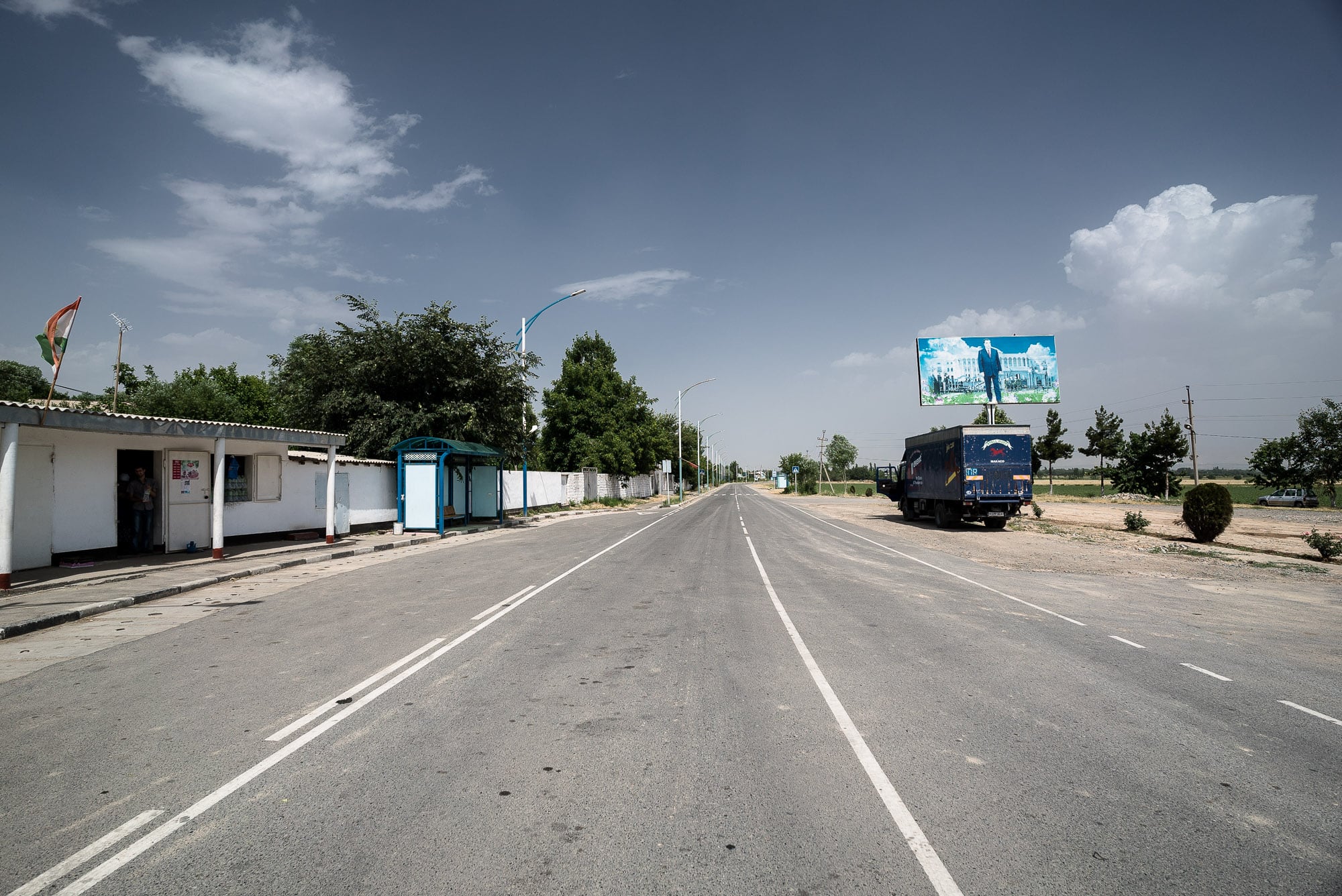 We ran into two tourists right in the middle of the border, so we high-fived them and carried on.

On the Usbek side, a bunch of taxi drivers circled around us like hawks. Or rather like vultures. We haggled for a while, then one of them agreed to drive us to Bukhara for a price that seemed reasonable.

It was a very beautiful and very loud taxi ride.

Beautiful because of the mountains of Southern Uzbekistan that we were passing through: 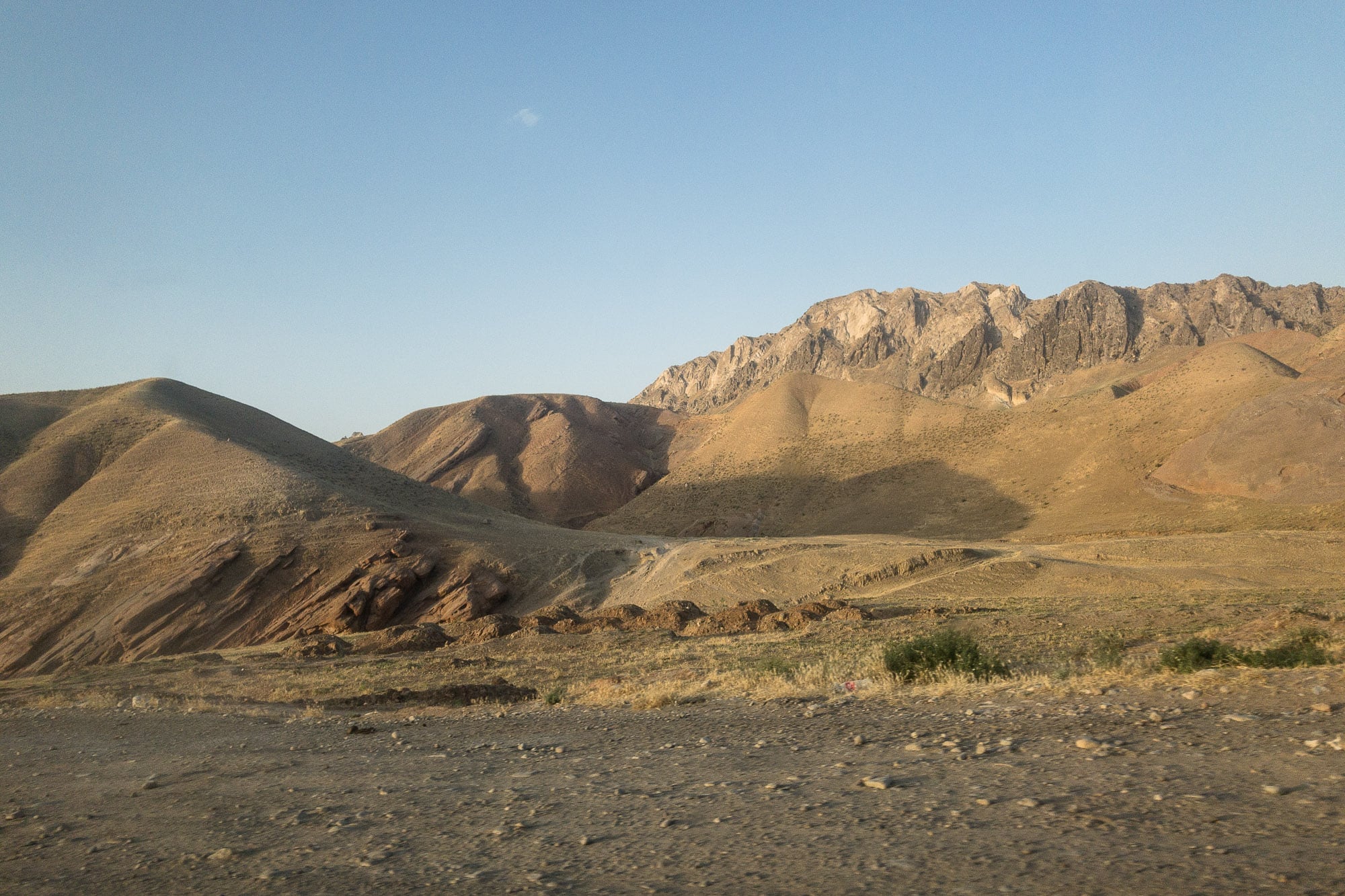 They reminded me of the loess plateau in Northern China: 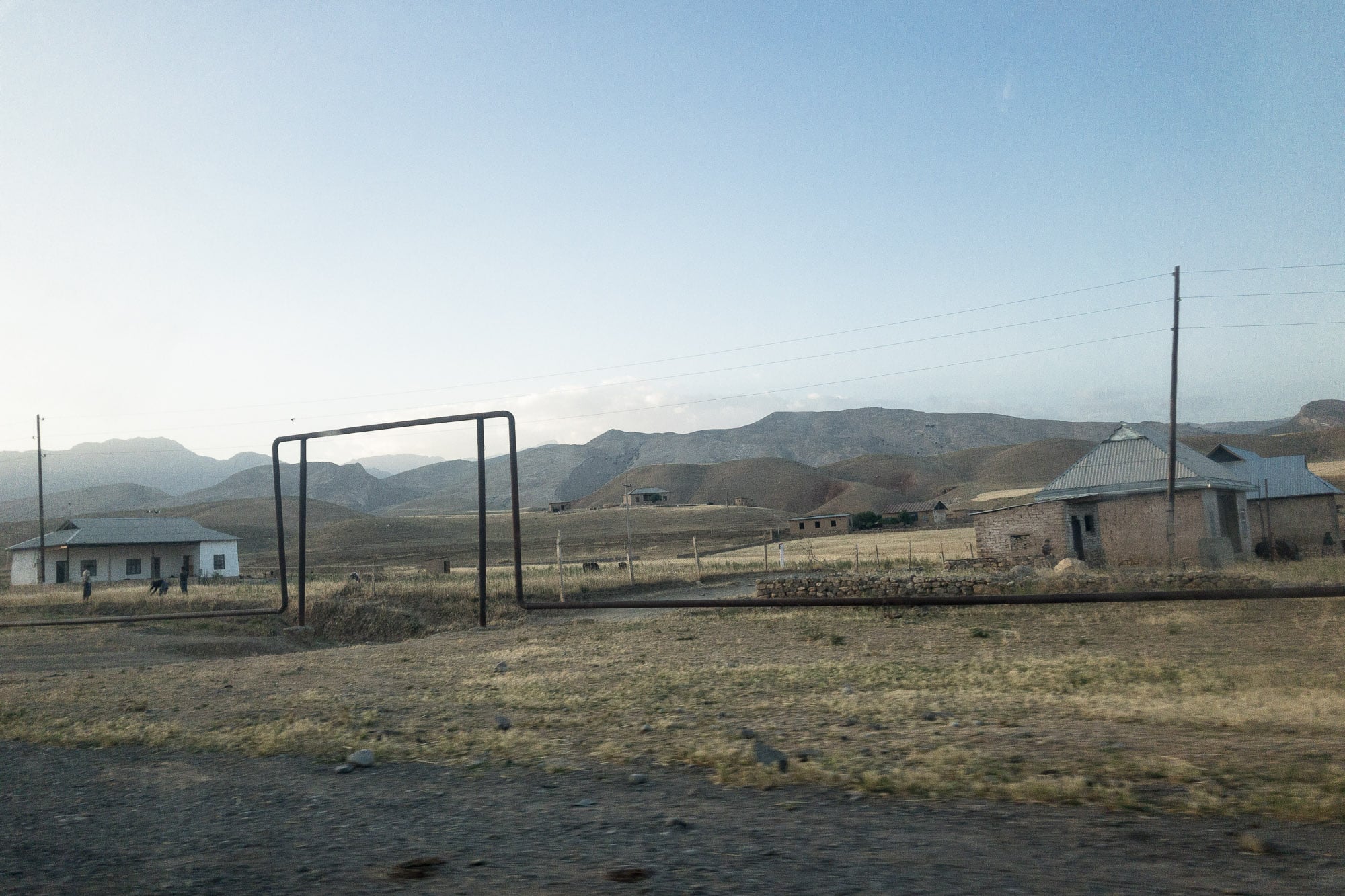 Loud because the driver really liked to listen to his music on full blast.