I needed a new visa for Uzbekistan. This was, what, my fifth one?

So I went to the embassy, and there was a huge line. This was apparently because Uzbek citizens needed to obtain a special permit in order to be able to return to their country.

But, as it turned out, the Uzbek Embassy in Dushanbe was the fastest one I’d ever been to. You went in and gave them your LOI and passport, then they told you to wait outside for a few minutes, upon which they called you back in, you handed them the money in cash US$, and then you had your visa.

I was very happy when I took this shot of the road that led to the Embassy: 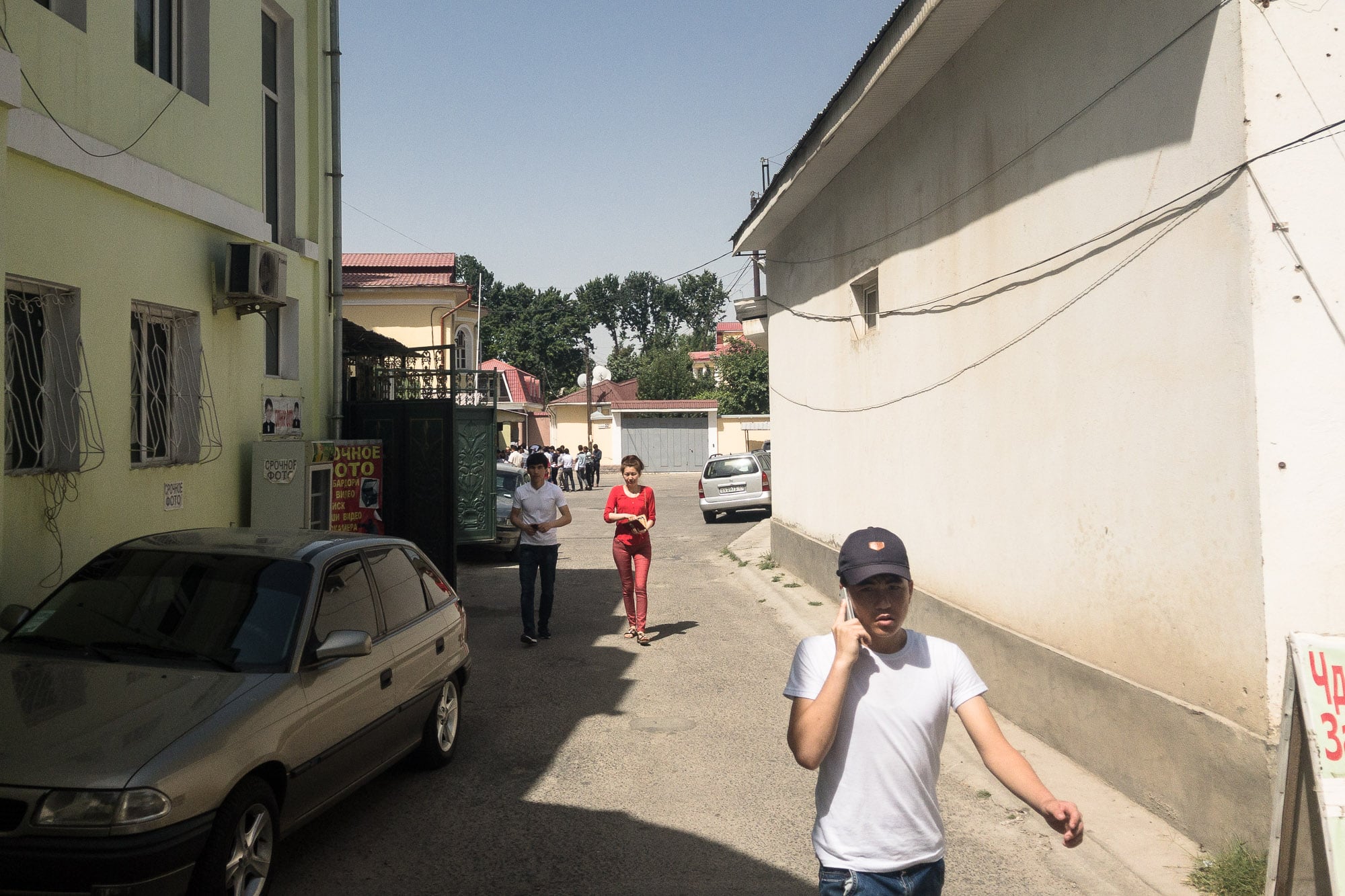 Then I picked her up and we walked around the city for a while: 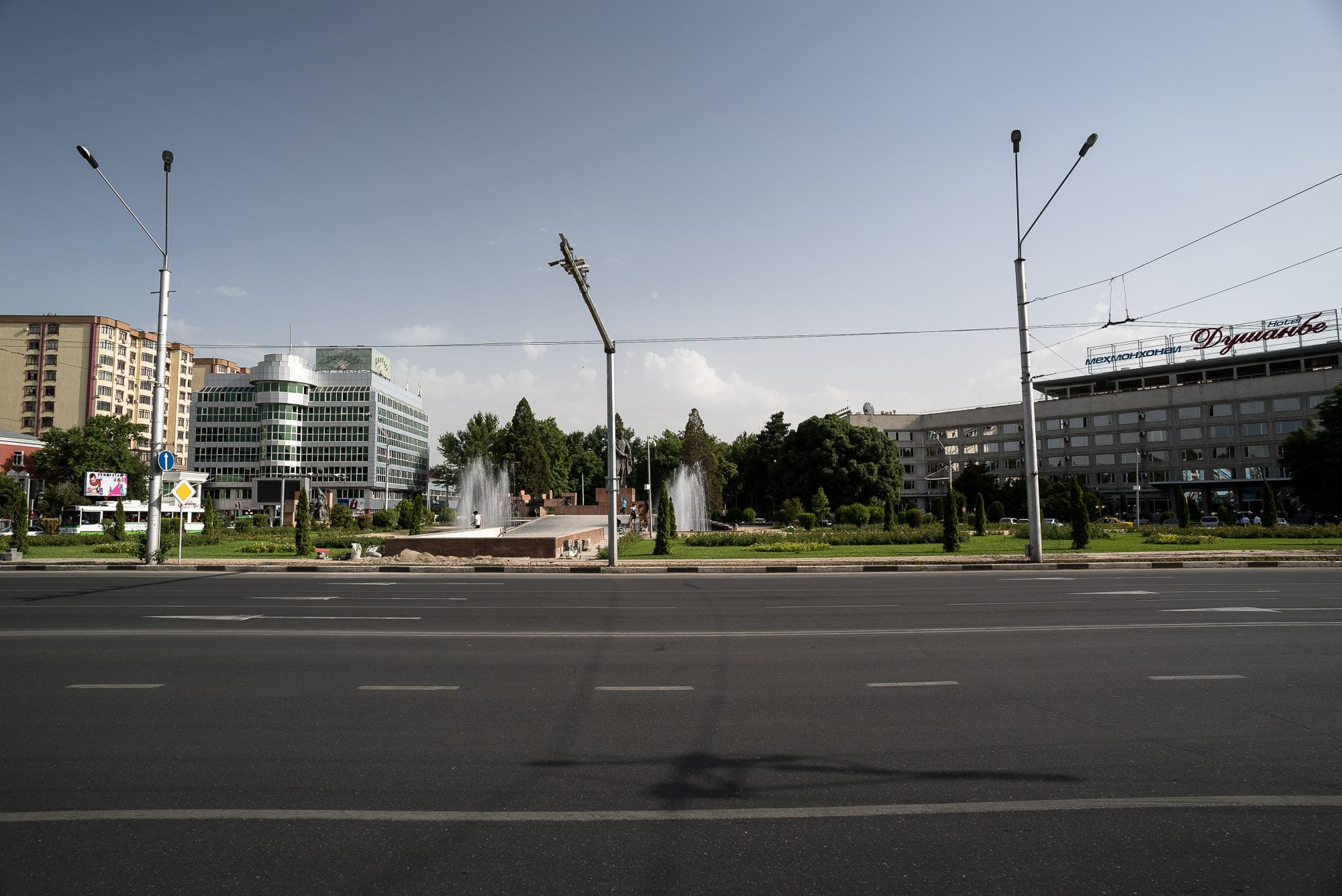 As usual, President Ramon was everywhere: 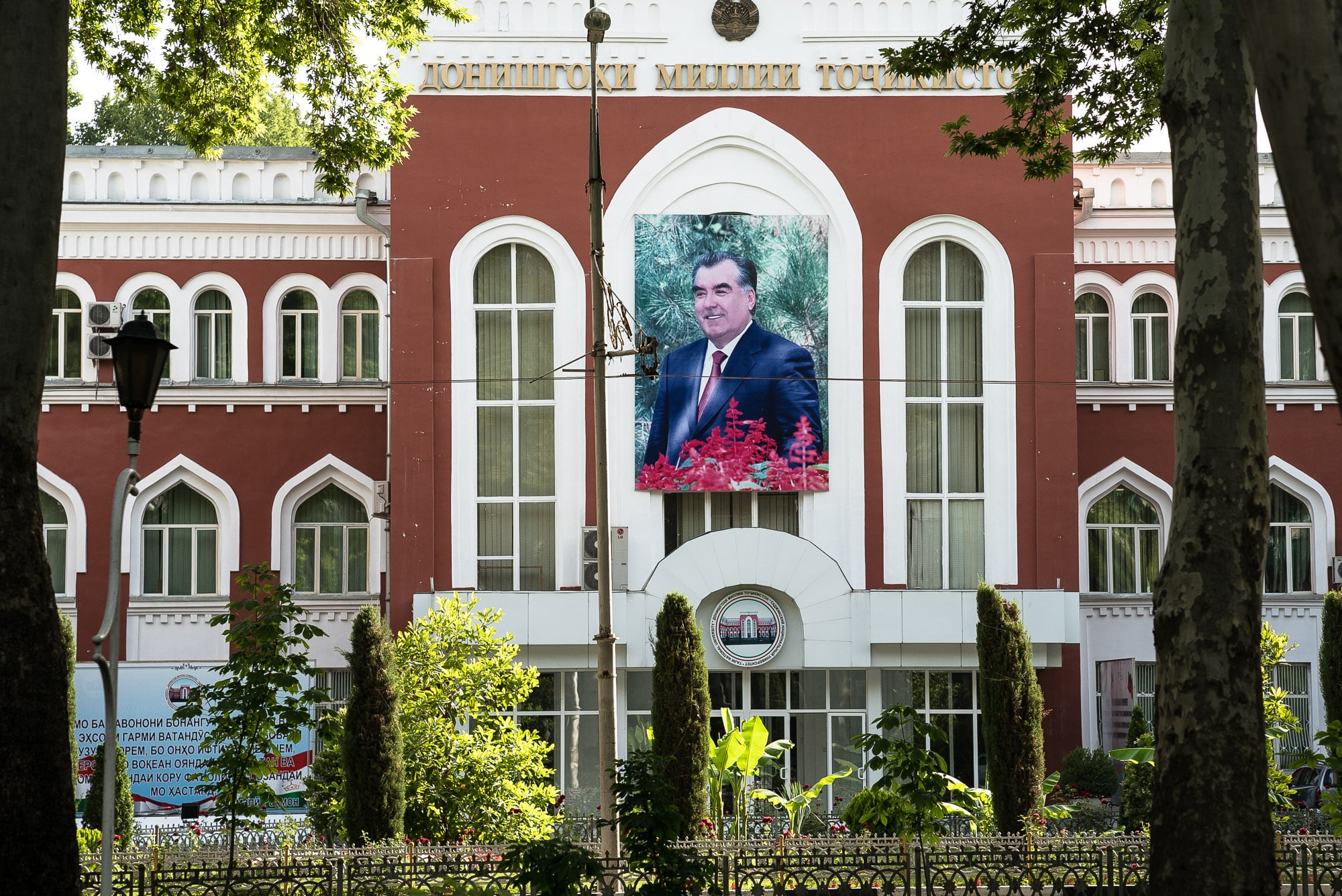 Dushanbe was alright. I remember thinking of Tajikistan as a war-torn country back in the 1990s, but those times seemed to be definitely over.

There were flashy buildings: 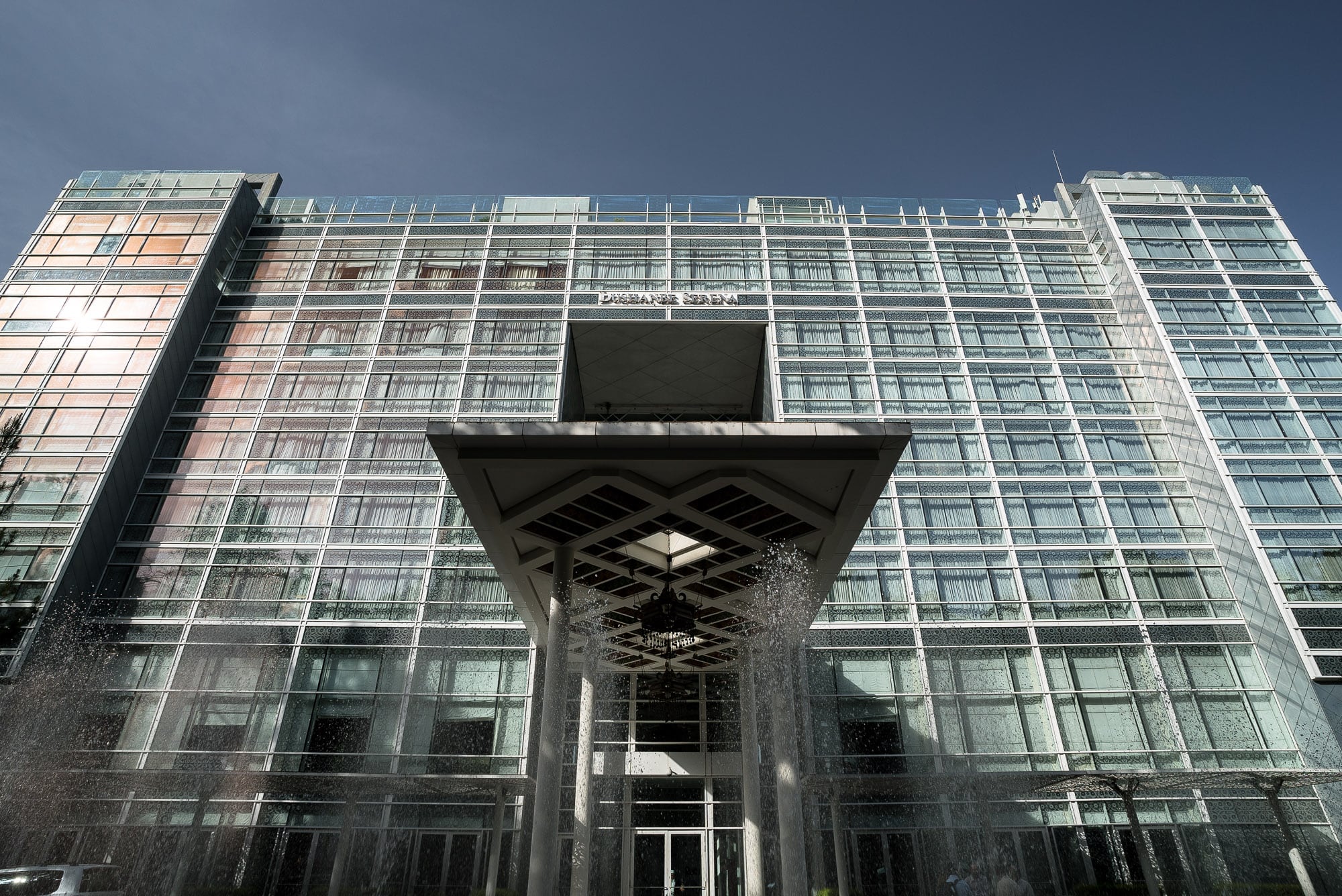 And there were old structures that had a certain Soviet feel to them: 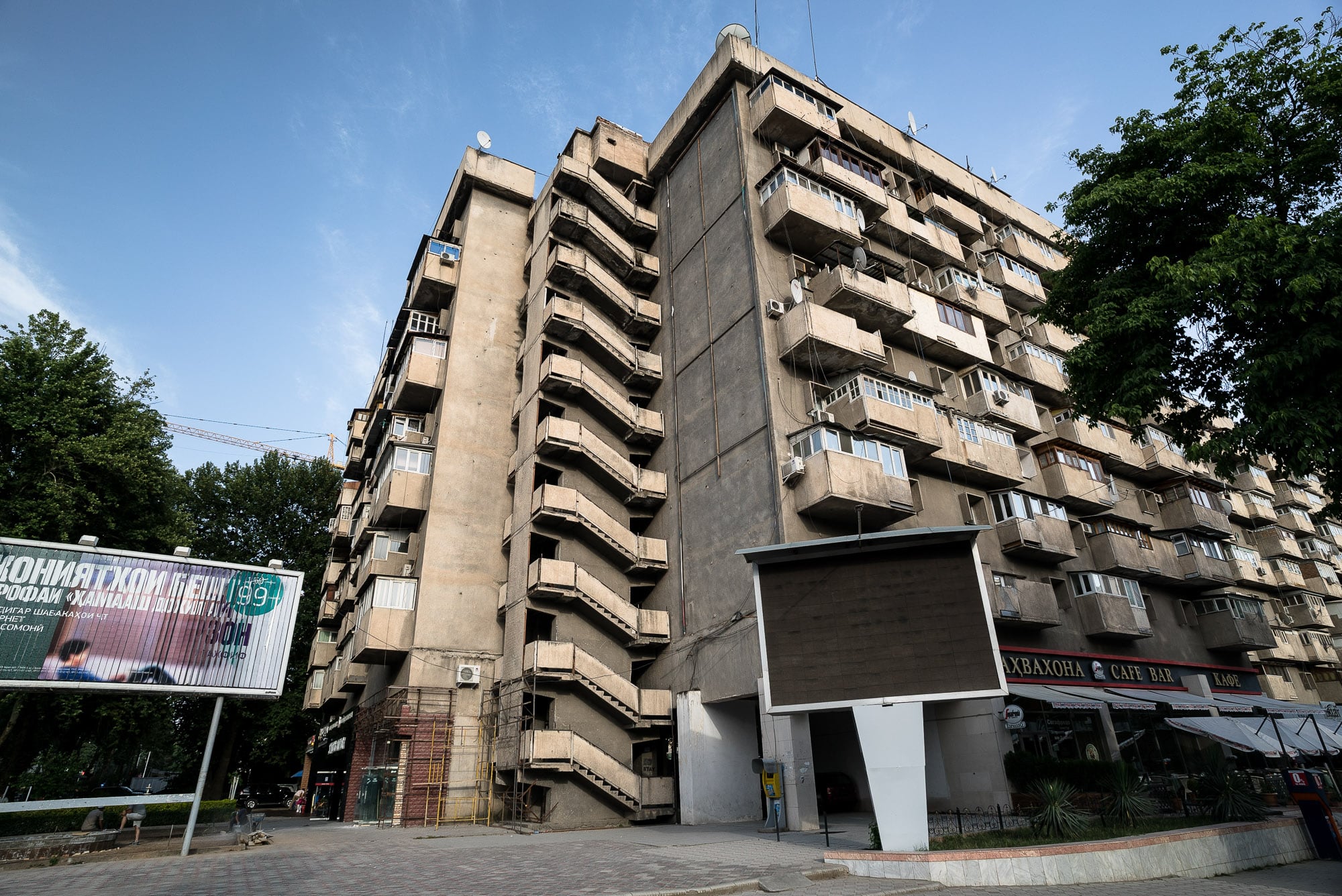 Apparently, Tajiks were very proud of a certain Ismail Samani (of the Samanid Dynasty), an emir from the late 9th century who had ruled over large parts of Central Asia. Interestingly enough, this gentleman’s birthplace was in the Ferghana Valley in present-day Uzbekistan (an area which we had visited a few days before), and he had died in Bukhara, also in Uzbekistan. And his native tongue was not Turkic, but Persian (to which the Tajik language is closely related). This seems to prompt another question: today, both Samarkand and Bukhara are largely populated by Tajik-speakers. So are they essentially Uzbek or Tajik?

If you asked the local population, they usually just pointed to their passports, which simply said that they were Uzbek.

Anyway, Dushanbe had a large monument of Ismail Samani: 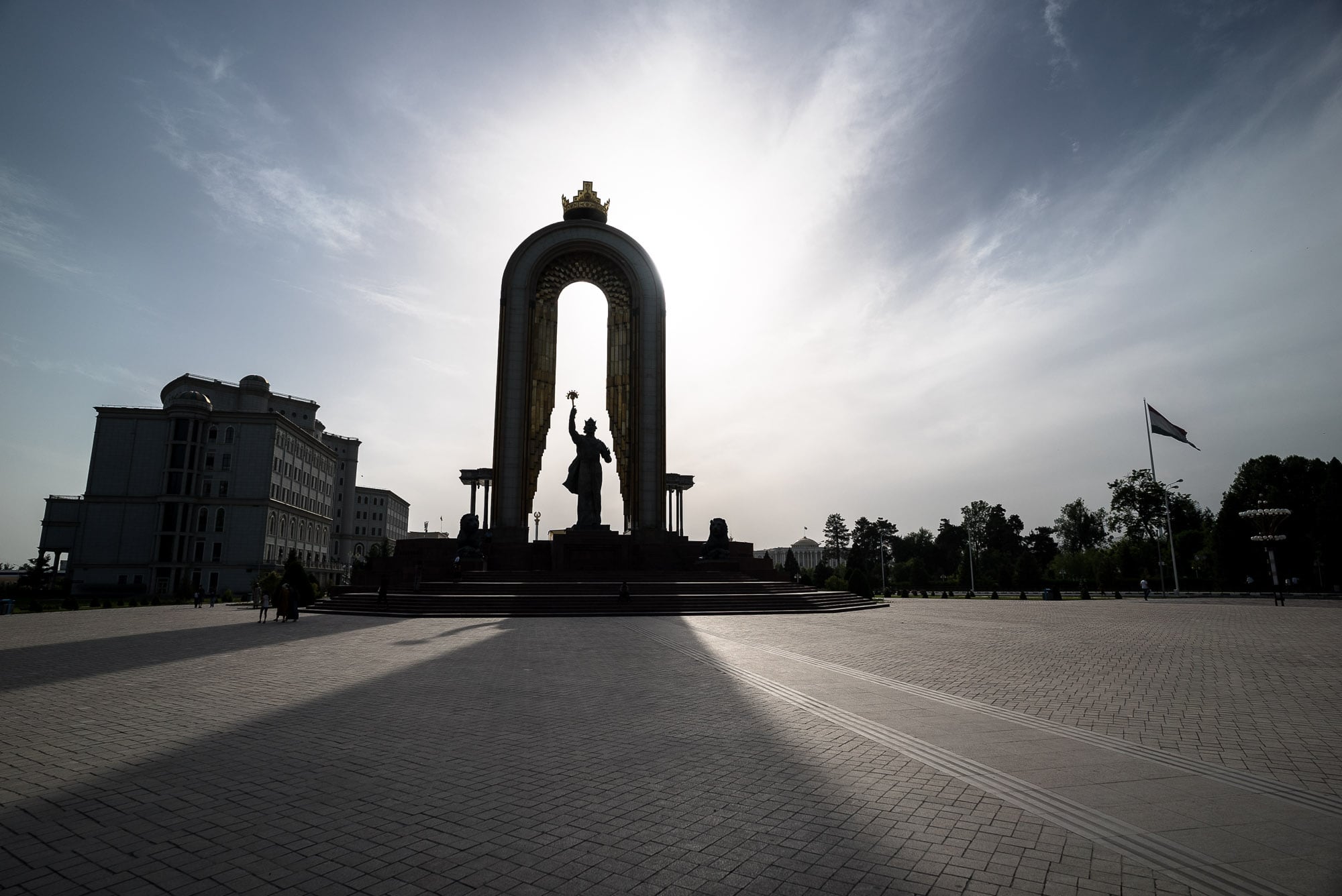 And behind it, one of the tallest flagpoles in the world: 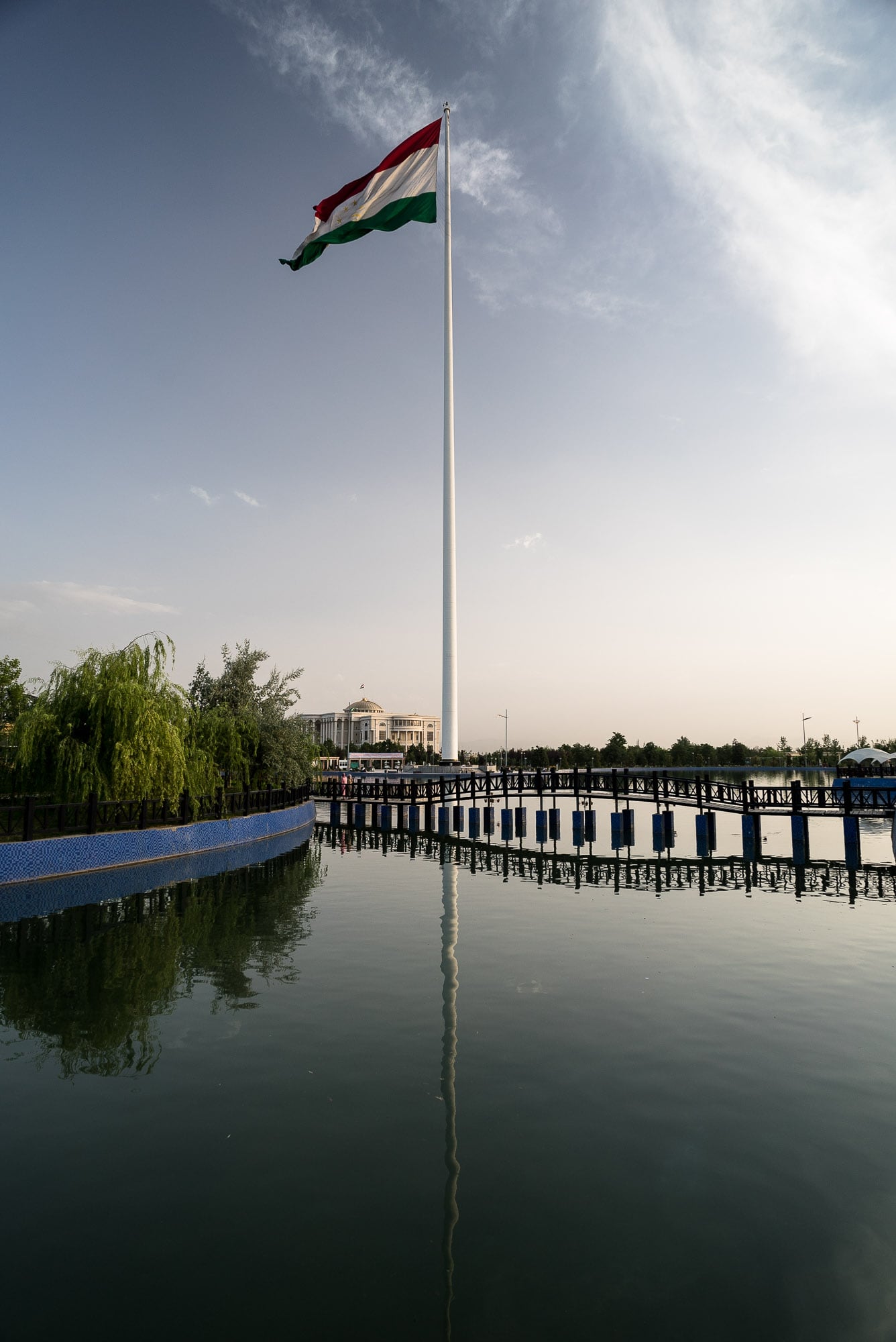 Flagpoles are a peculiar thing to have, especially if they are really tall. Dushanbe (165m) had snatched the crown of World’s Tallest Flagpole from Baku in Azerbaijan (162m) in 2011. But in 2014, Jeddah in Saudi Arabia (170m) had come along and put Dushanbe in its place.

Now the world was waiting for the next contender.

Anyway, here’s the flagpole doing what it’s supposed to do:

There was a little artificial lake in a park around the flagpole, so it all looked quite nice at night: 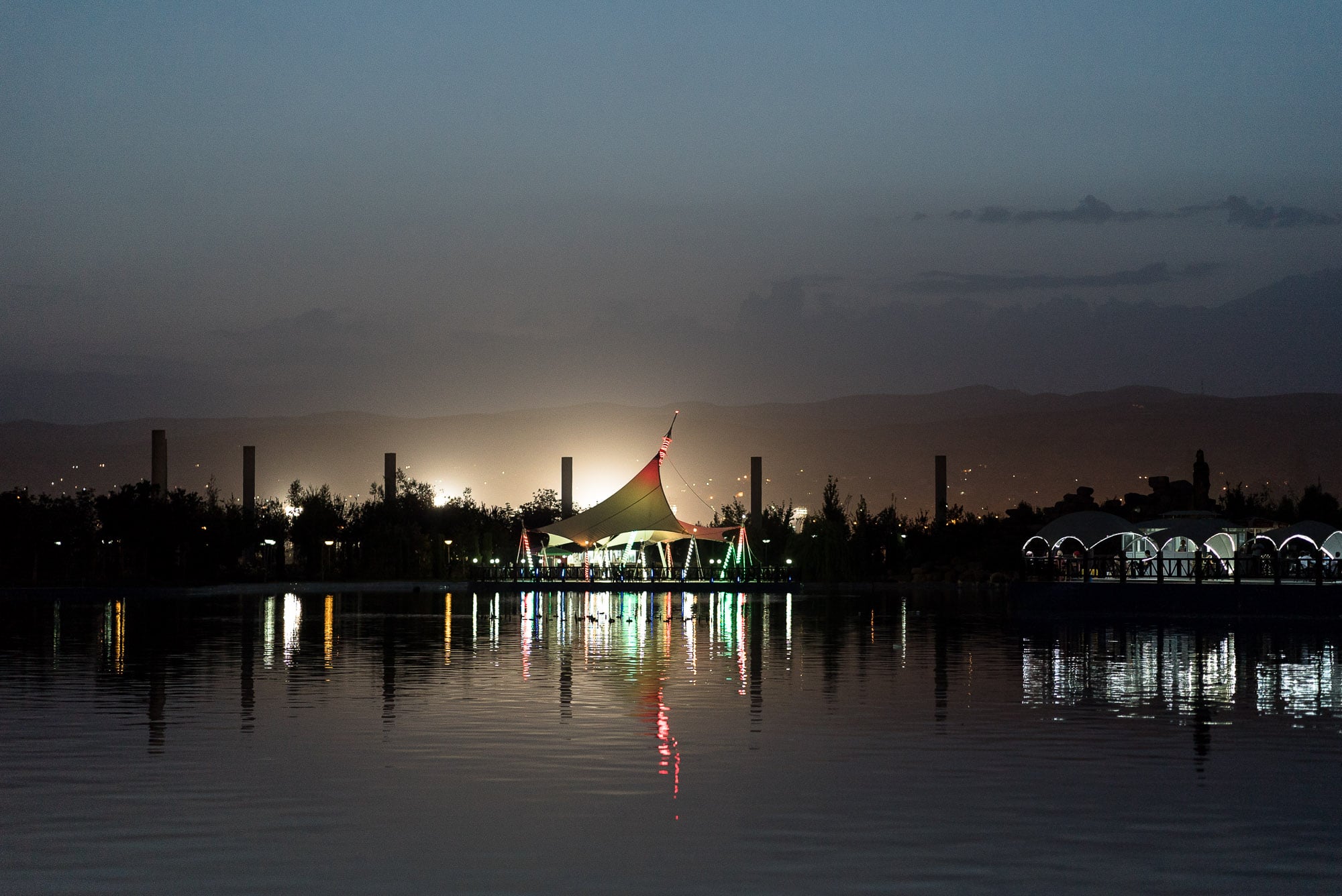 Then we had dinner in a small restaurant, and we chose some local specialties of which I cannot and do not want to remember the names: 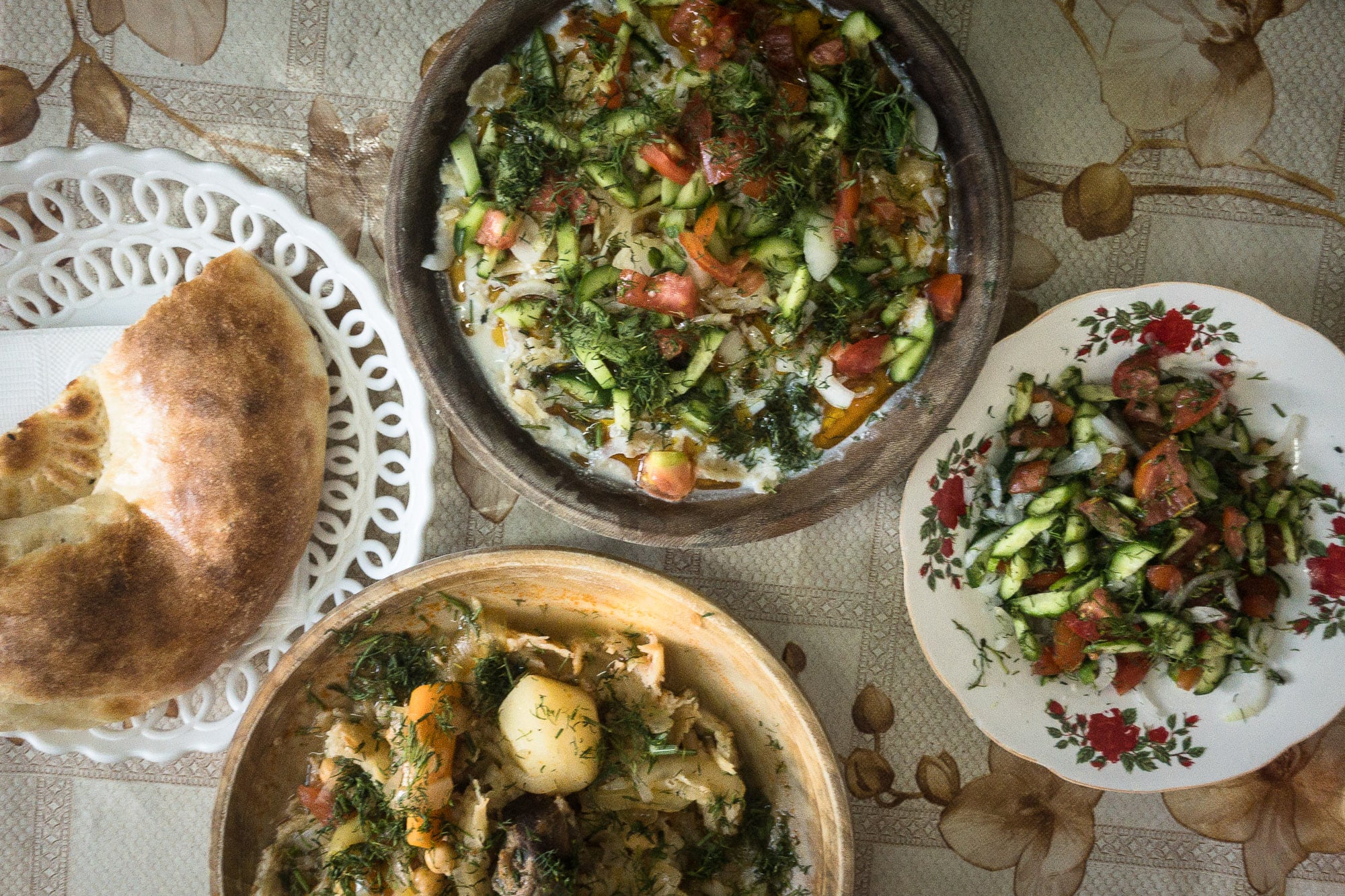 I ended up puking all night.