We woke up in our apartment, upon which the owner invited us to check out one of his other rooms: 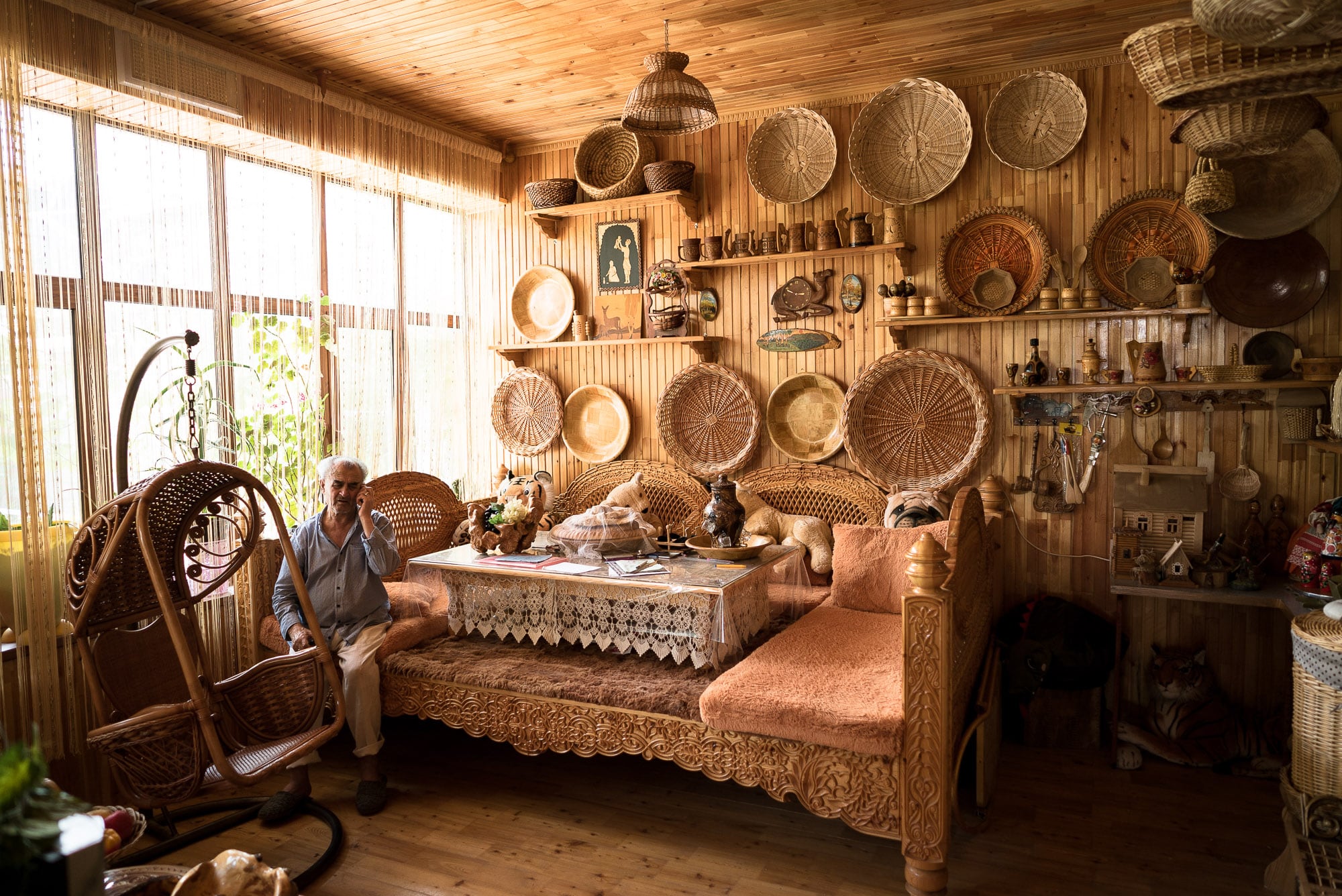 It turned out he was very passionate about wood work.

Then we got into a car that was going to take us into the mountains, up to Iskanderkul, the “Lake of Alexander”, and then back down on the other side to Dushanbe.

The car ride turned out to be horrible. It was like all drivers on the road were longing for their deaths. And ours was the leader of them all.

But we did make it to the lake, and when we did, we followed a footpath for a little while… 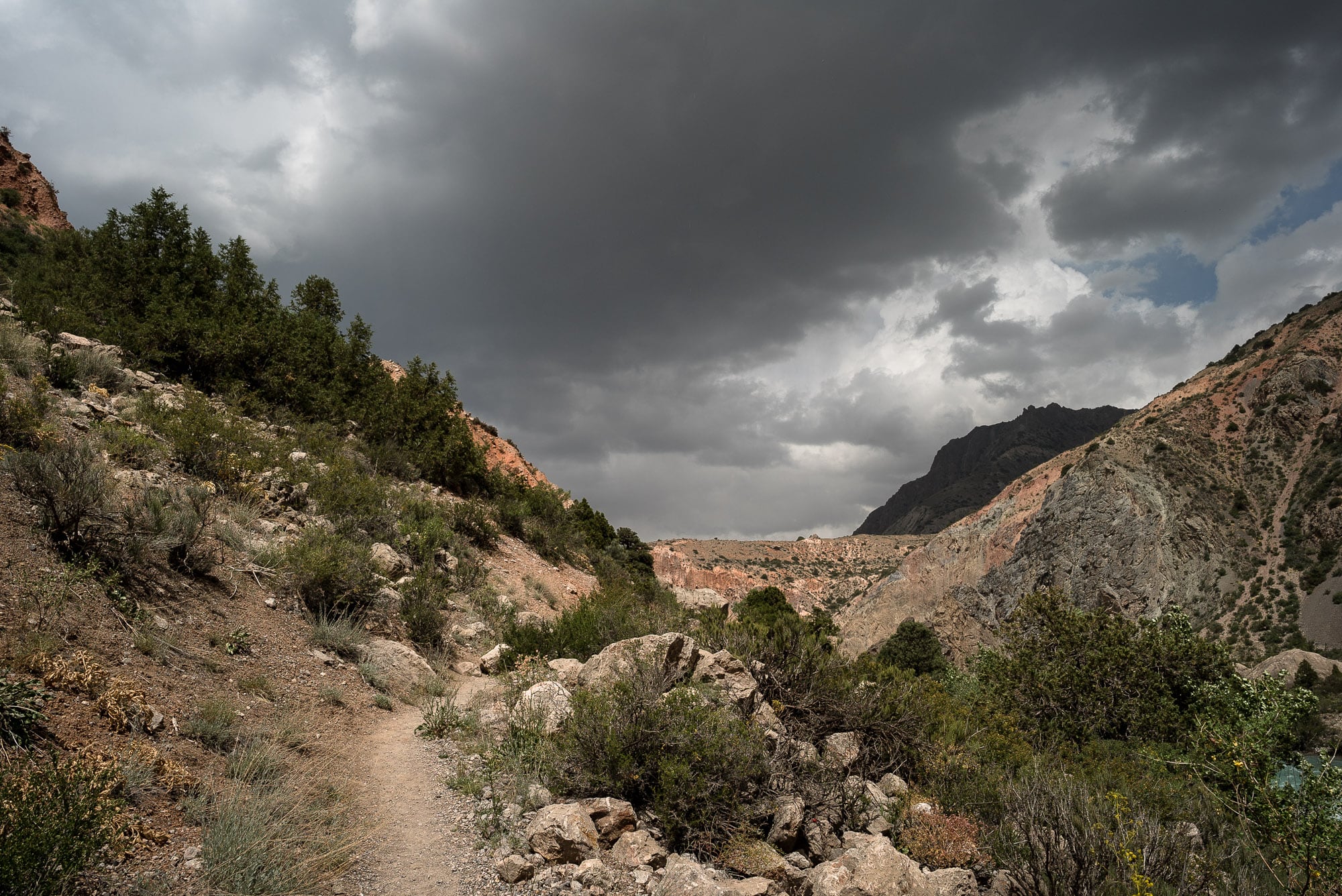 …until we found a waterfall at the end of it: 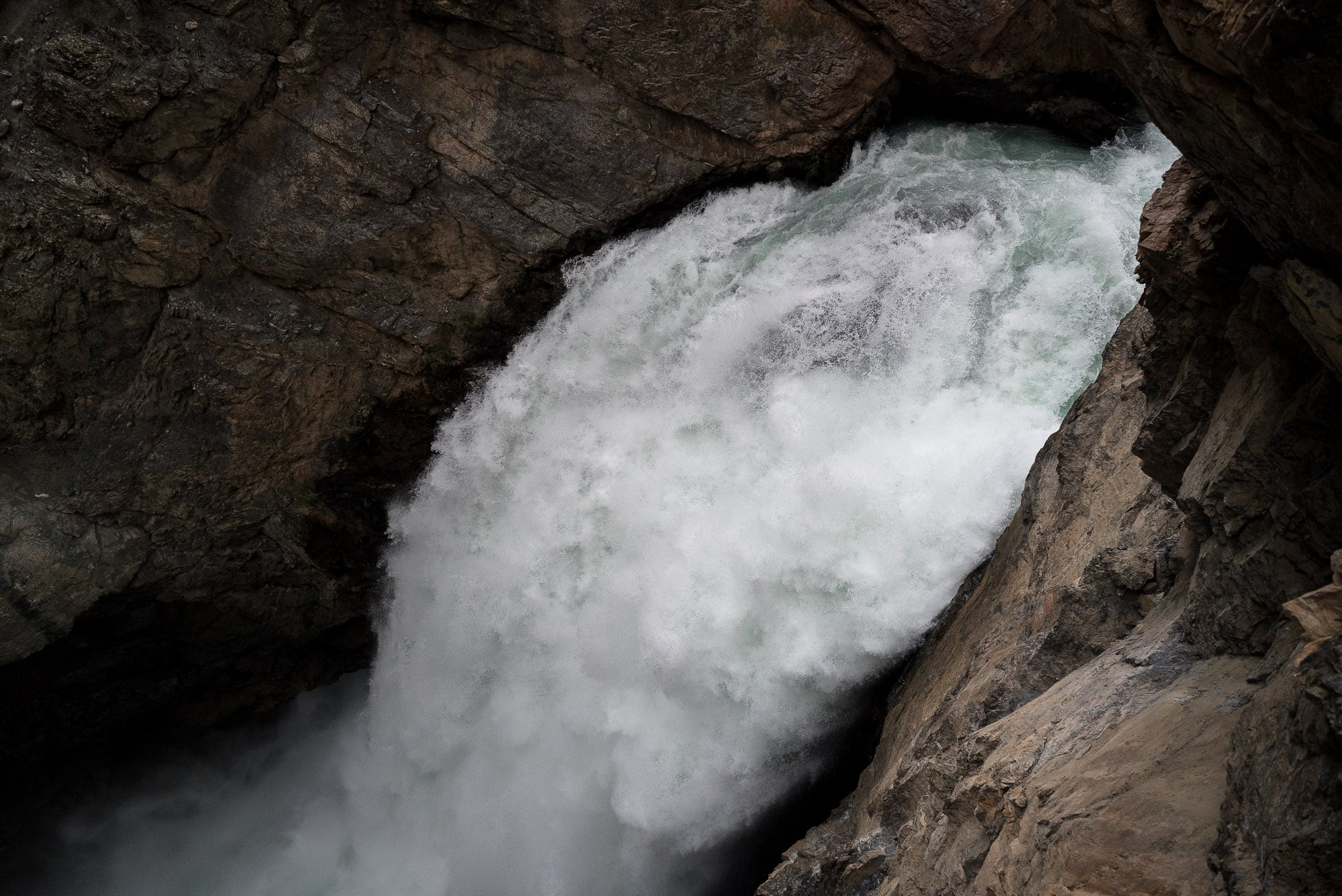 There was a viewing platform where you could stand right on top of the waterfall: 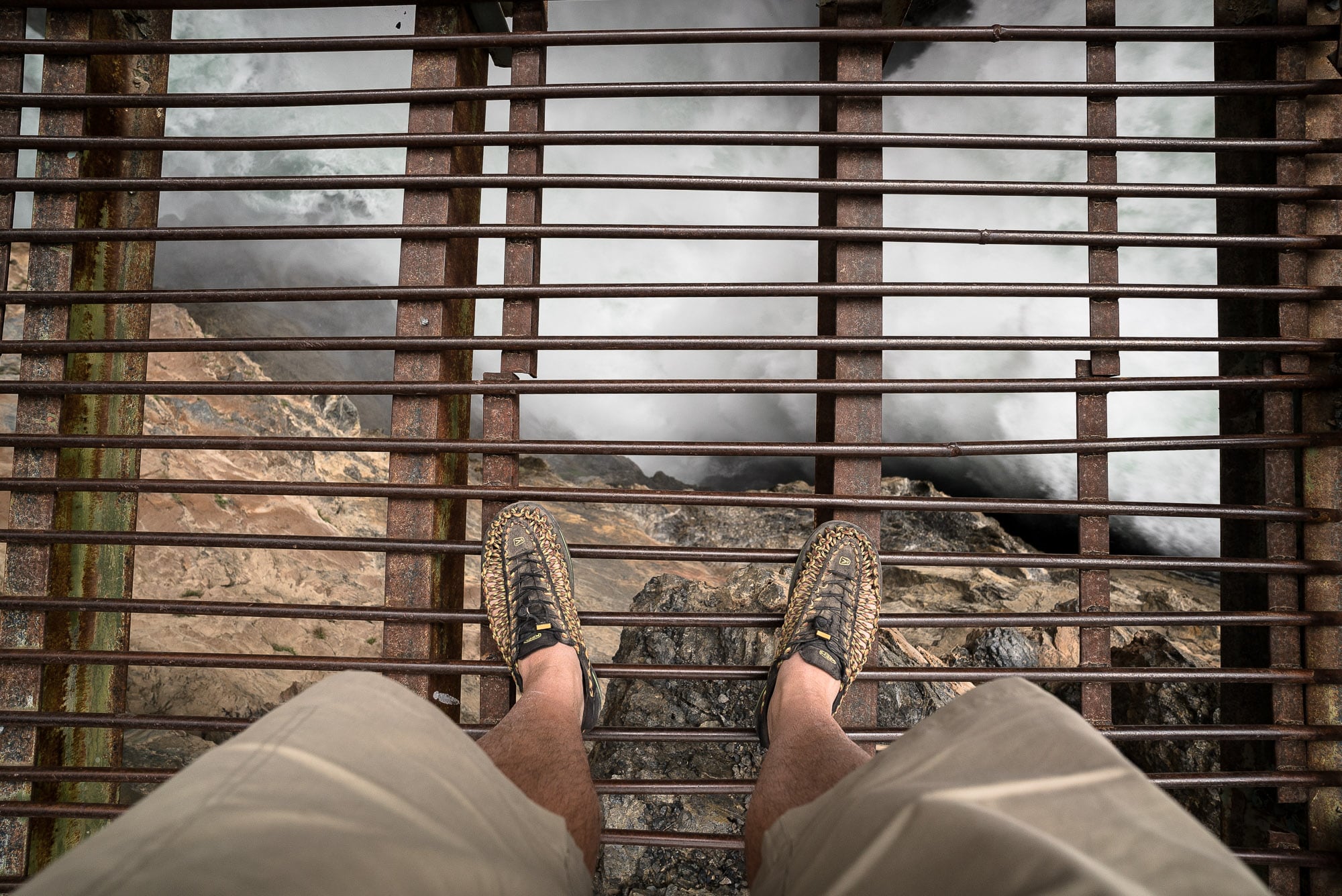 It was as awesome as it was tempting to just leap right into it, just to not have to be in that car anymore:

We didn’t jump though.

Instead we went and checked out the lake itself: 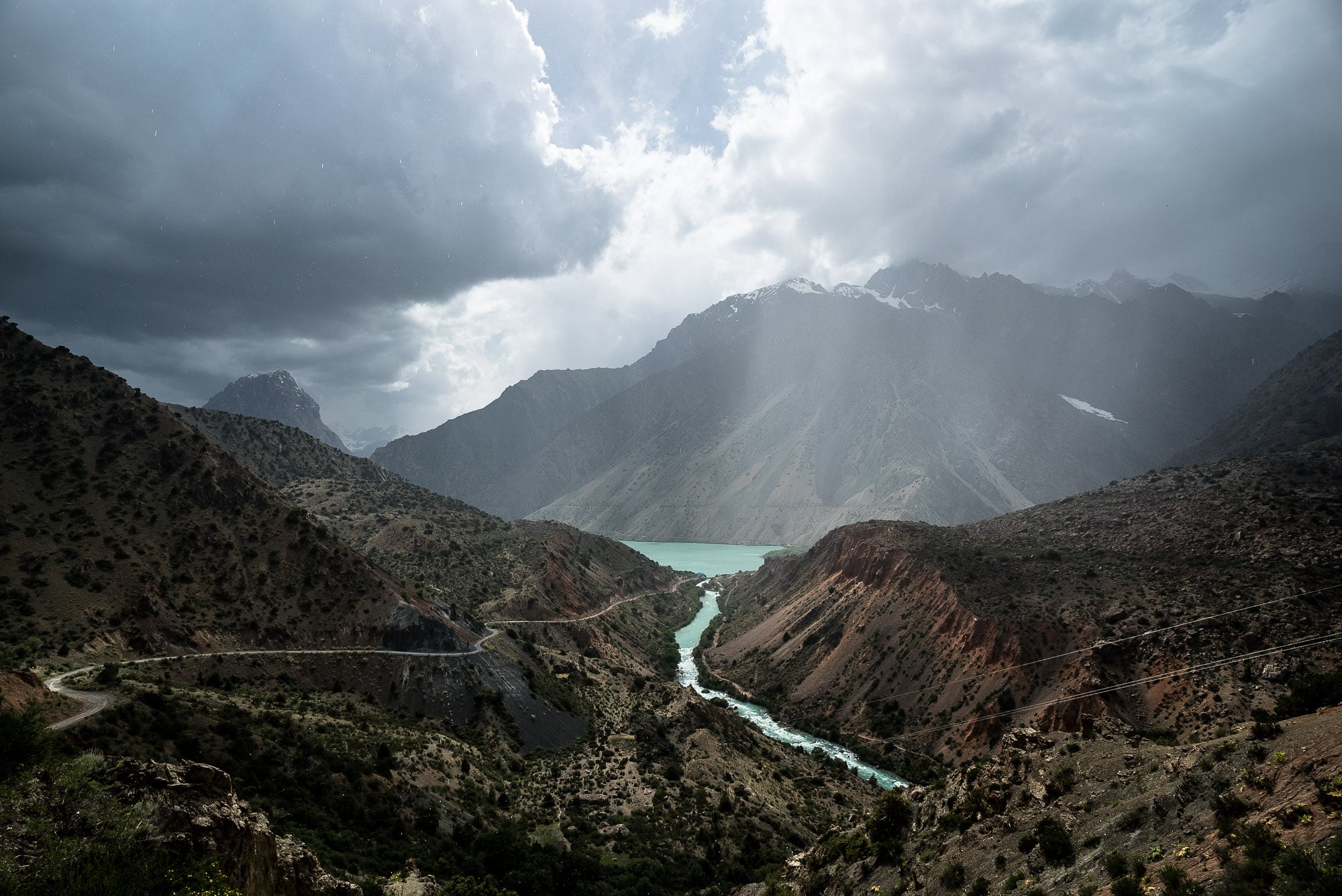 There were some dachas next to it: 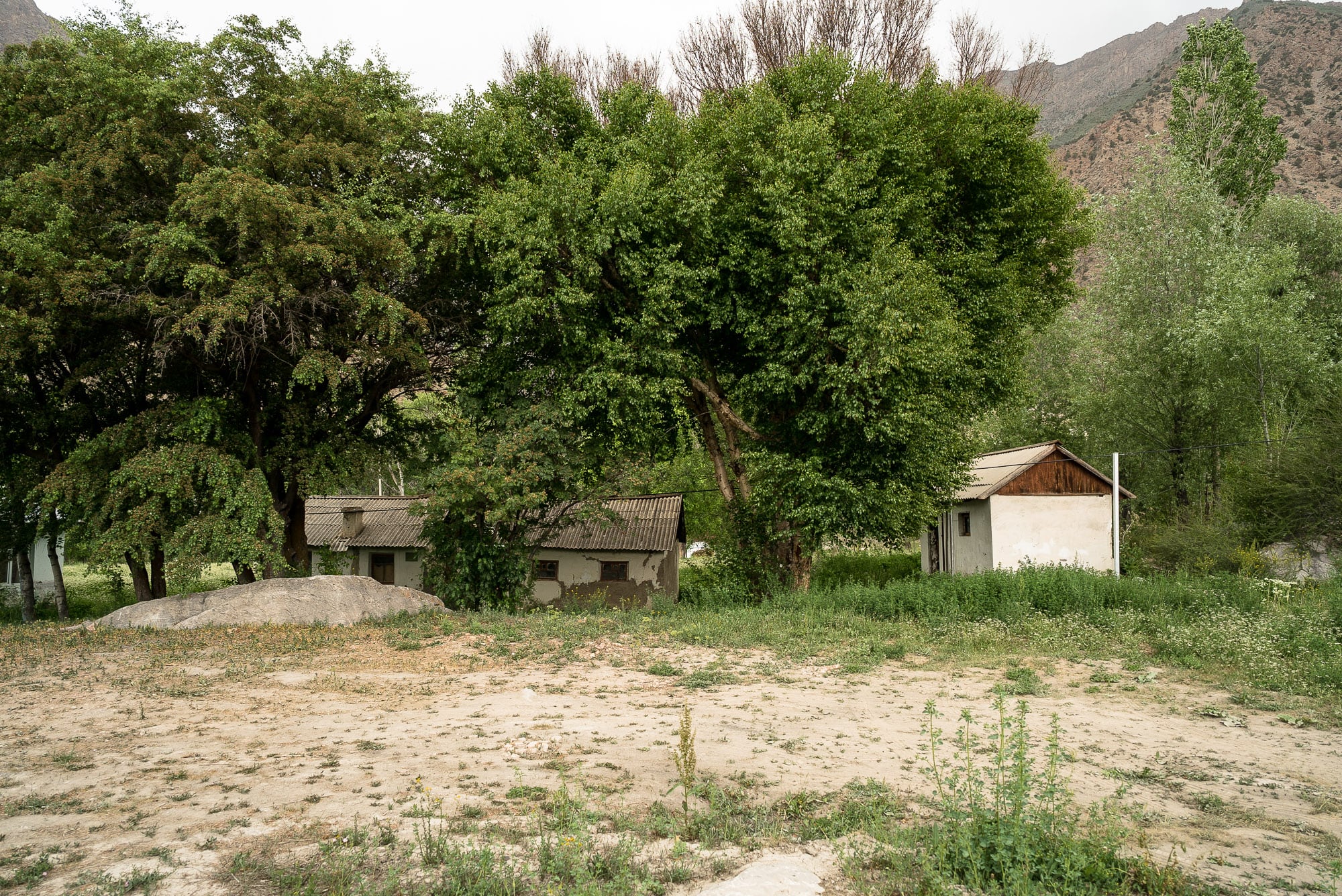 Many of them looked deserted, but there were some new construction sites as well. And there was a big old rock where people had left inscriptions. Some of them seemed to be from times long past: 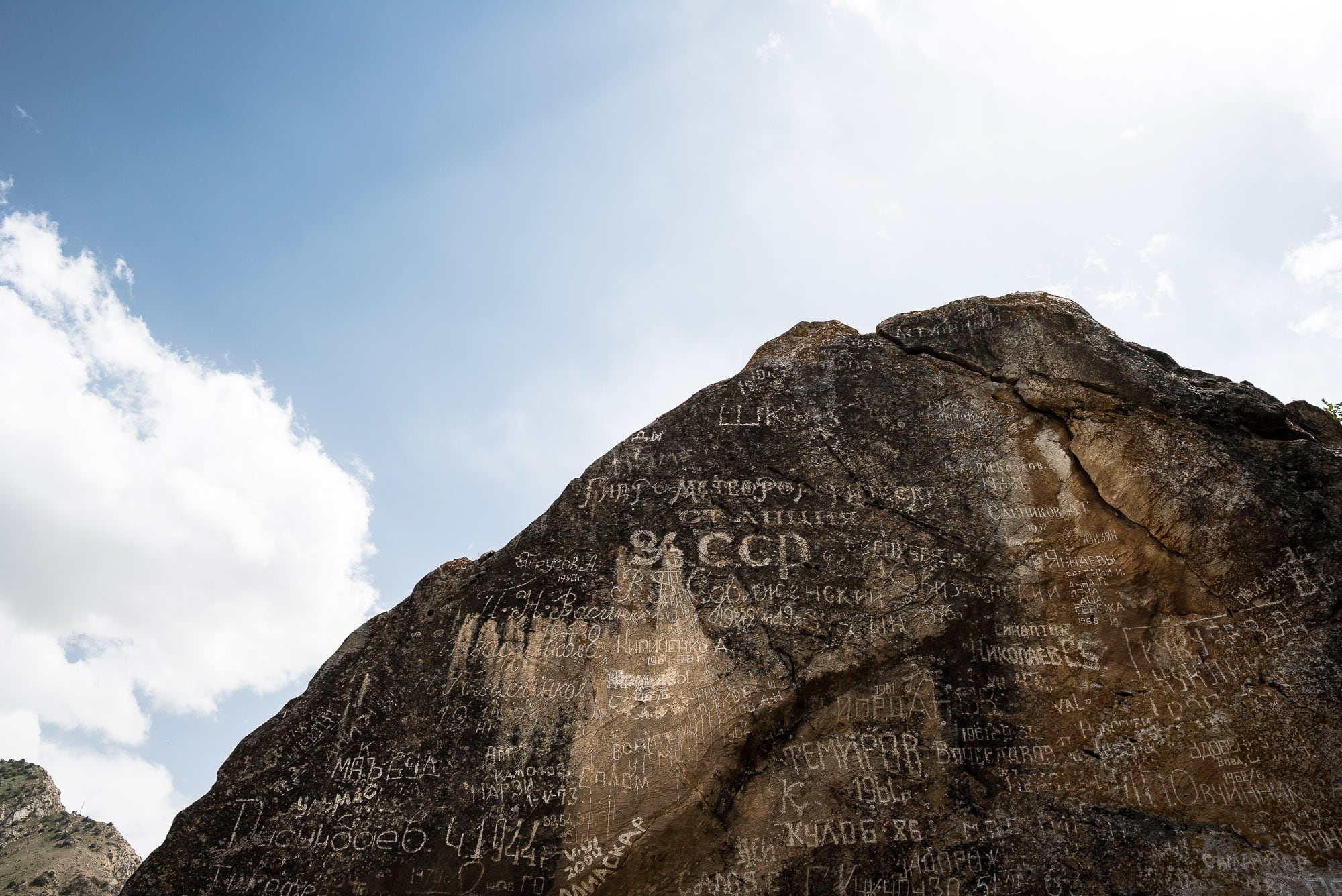 I took a few shots at the lake:

Then we got back into our cab, and once we did, we got ourselves stuck in a traffic jam that lasted for a few hours: 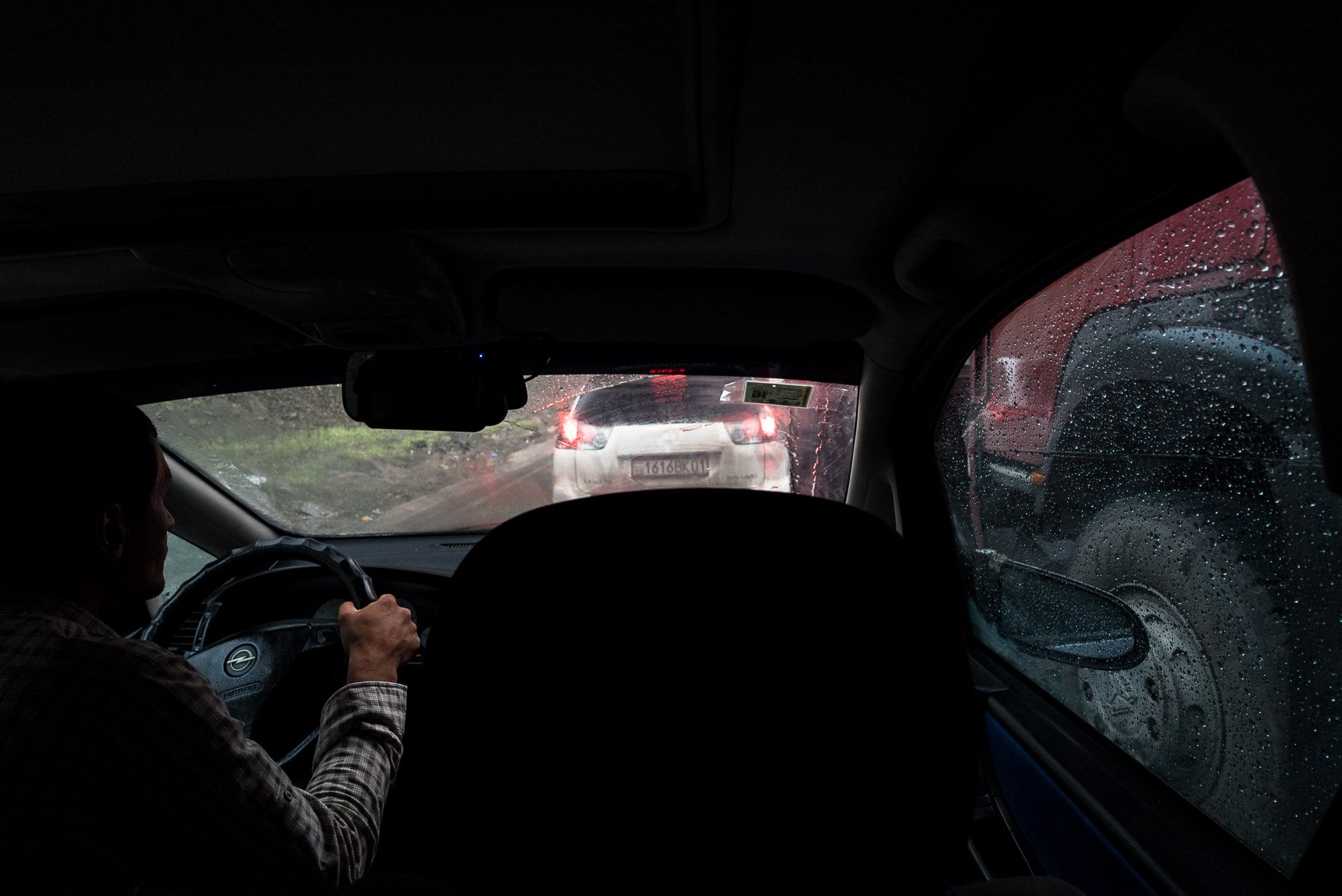 We later found out that it was due to a landslide that had buried a section of the road ahead. A fucking landslide.

Once we were through, our driver apparently figured that he needed to step on the gas in order to make up for our lost time: