We took a shared taxi to Istaravshan, a settlement about an hour Southwest of Khujand.

It was a quiet little town: 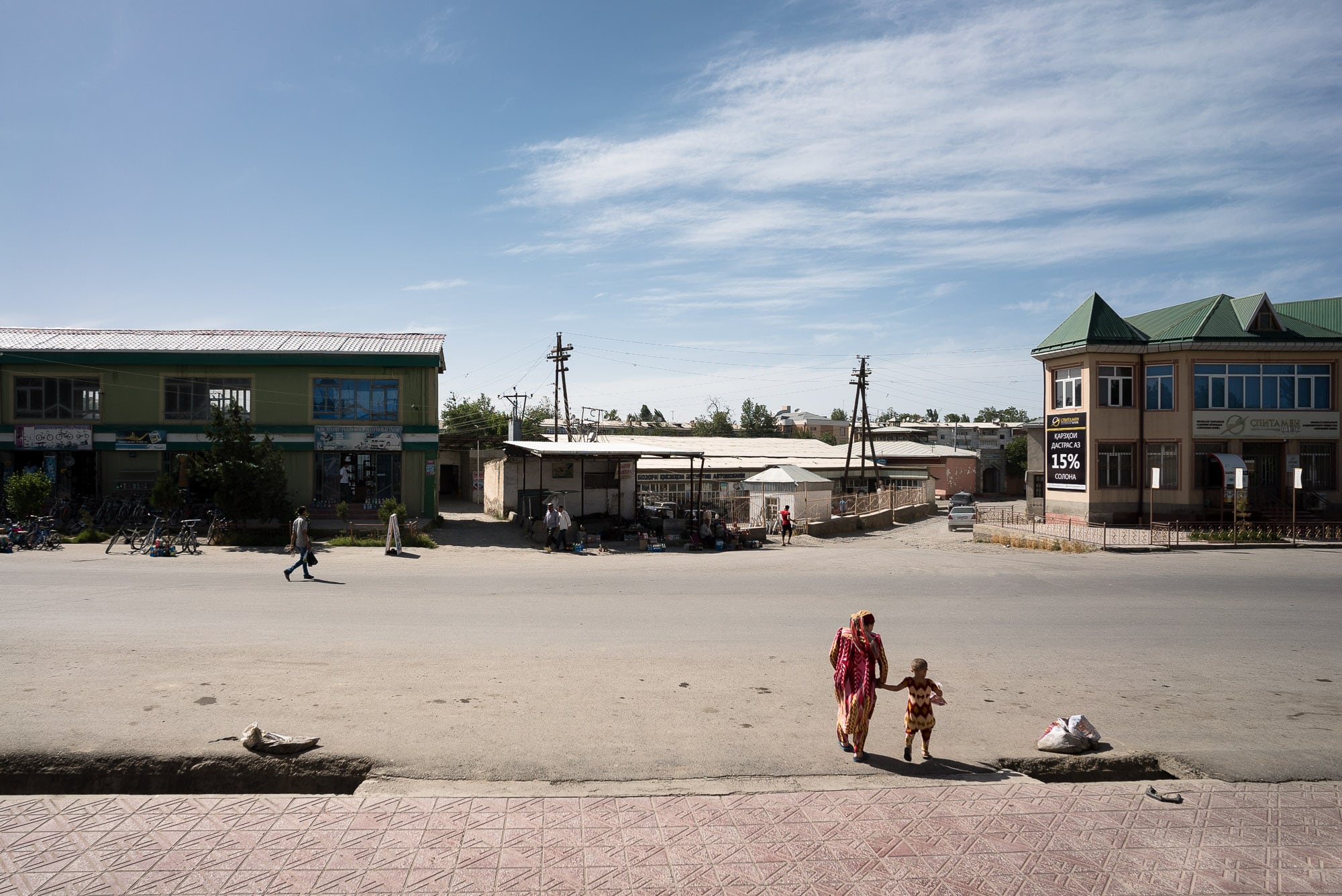 But one thing we noticed was that the people there were extremely friendly. And many of them addressed us in English.

These school girls came running across the street for a group photo: 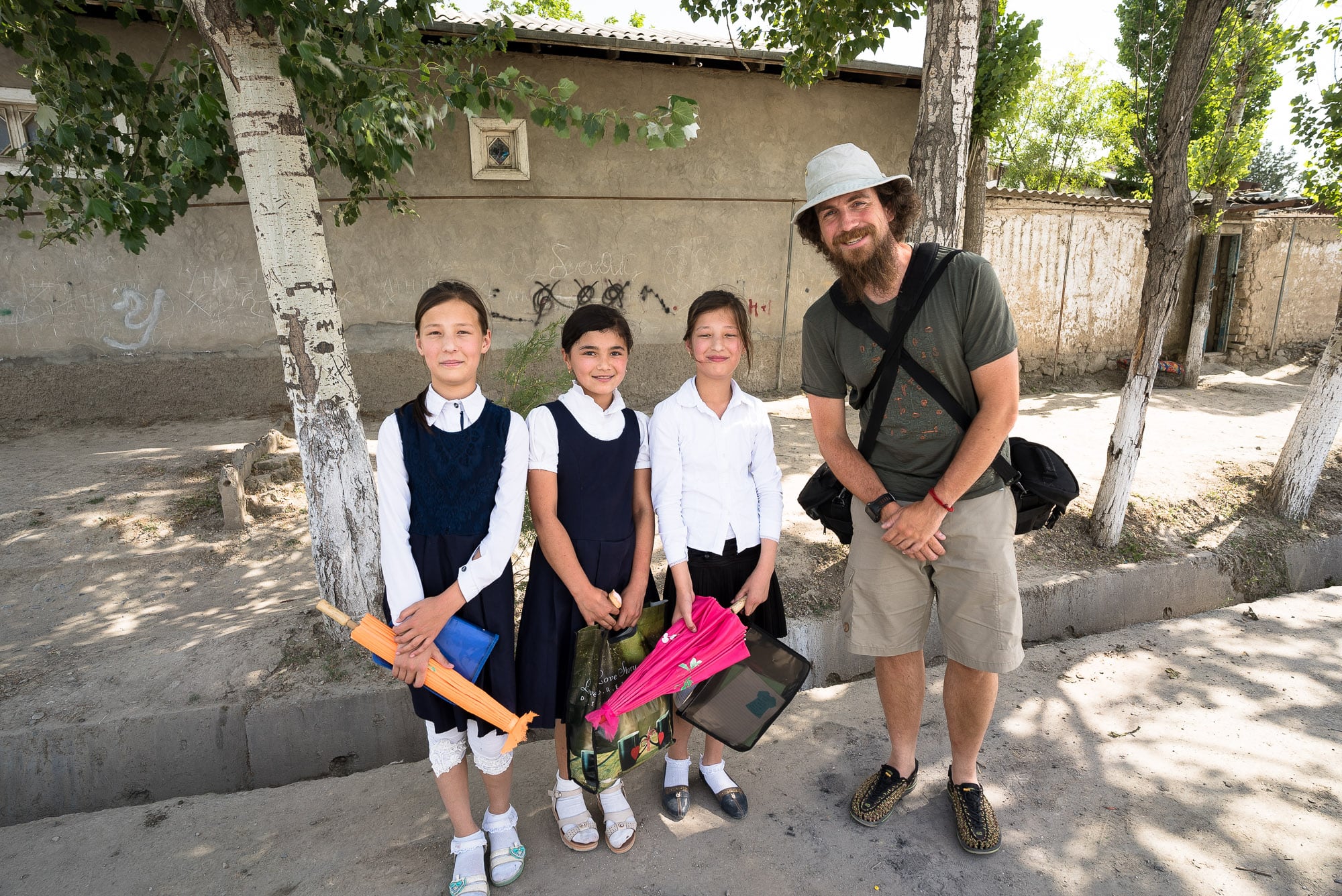 This baker gave us a naan bread each: 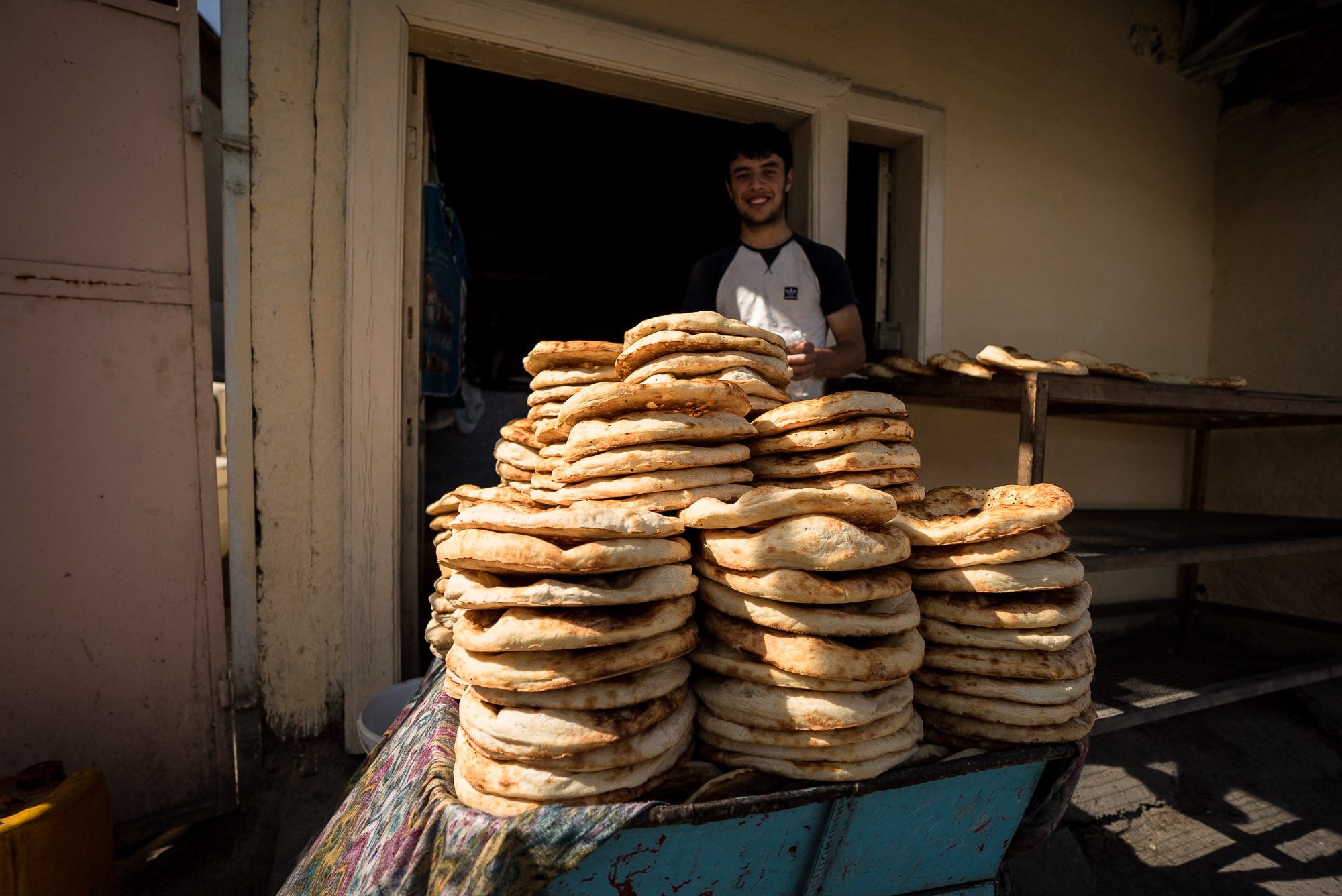 It turned out to be the best naan I had ever had outside of Xinjiang. I think it’s because it was rather thin. Many people seem to like the naan from Samarkand, but it’s a bit too thick and doughy for my taste.

Anyway, we walked around all afternoon: 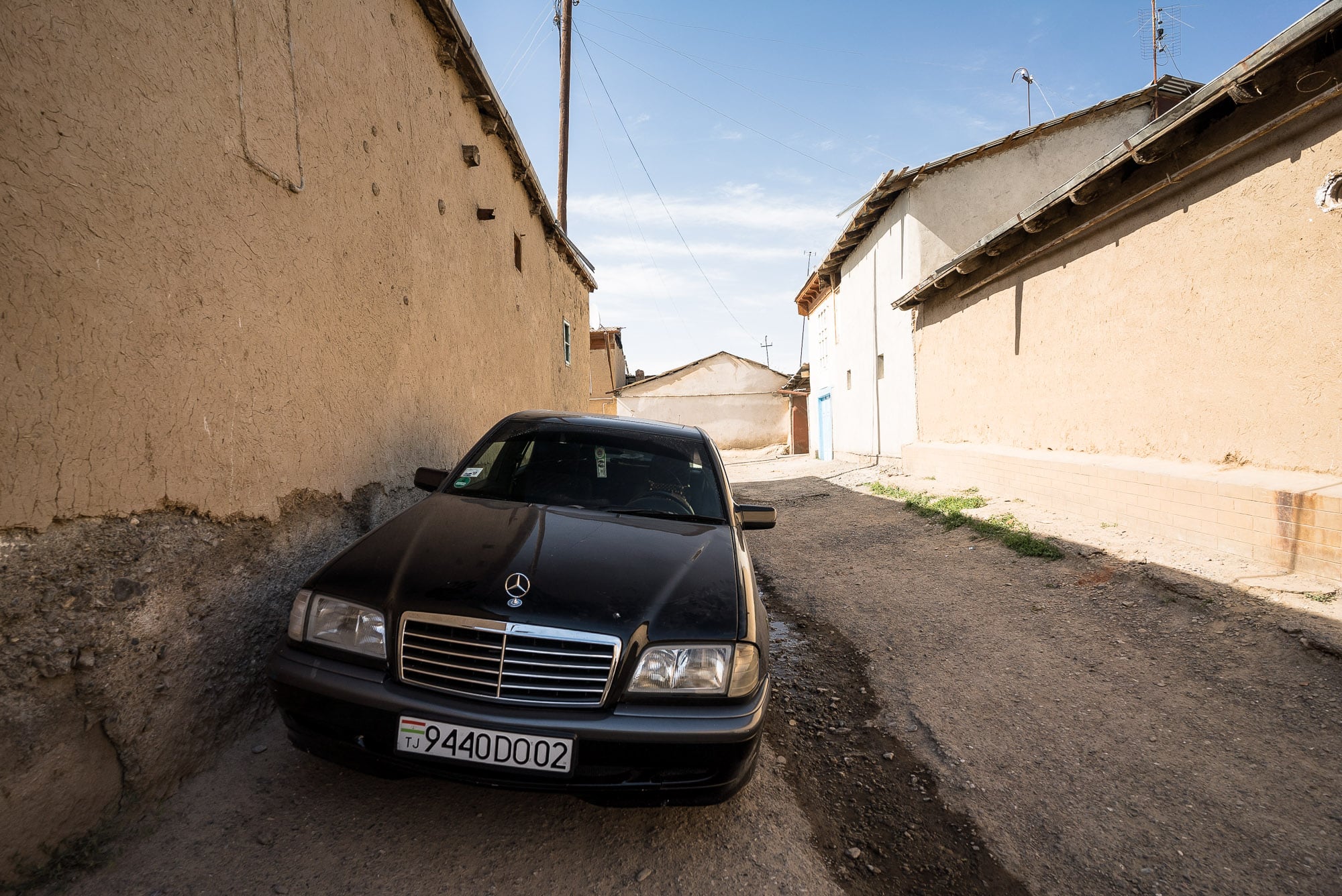 Istaravshan was full of old buildings, many of which seemed to be of religious nature: 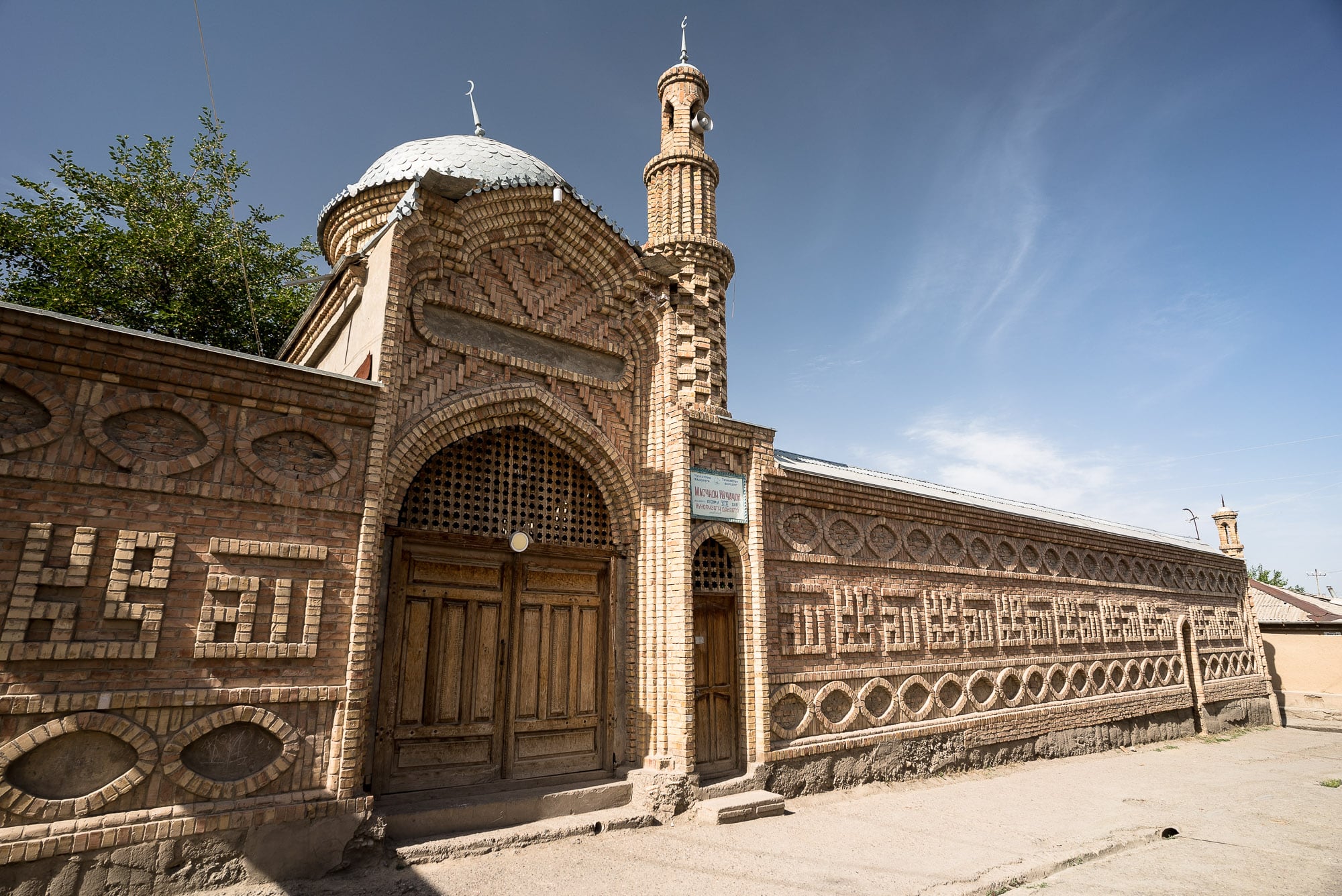 One of them was Hauz-i-Sangin mosque: 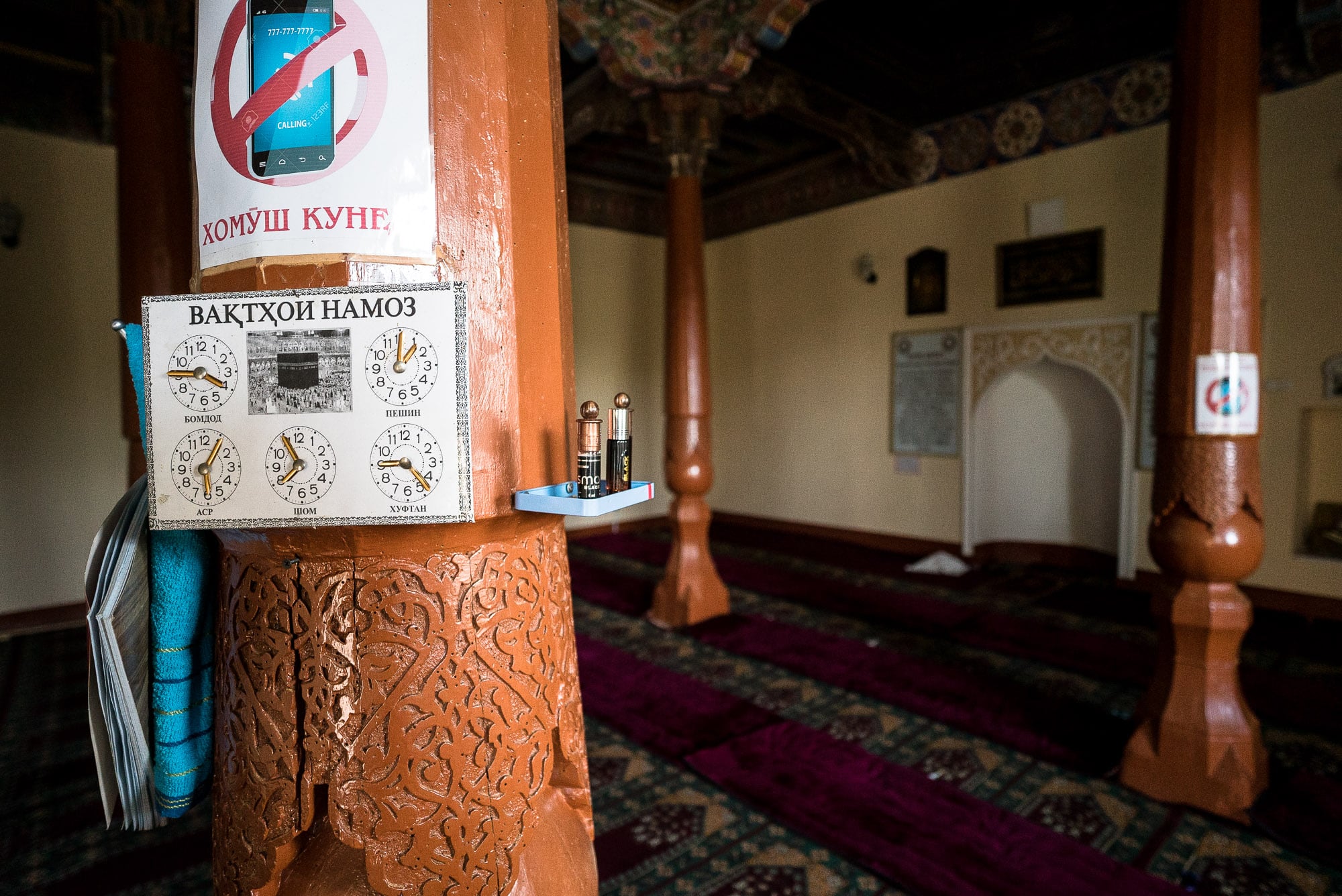 We were invited in by the Imam.

He showed us the caps: 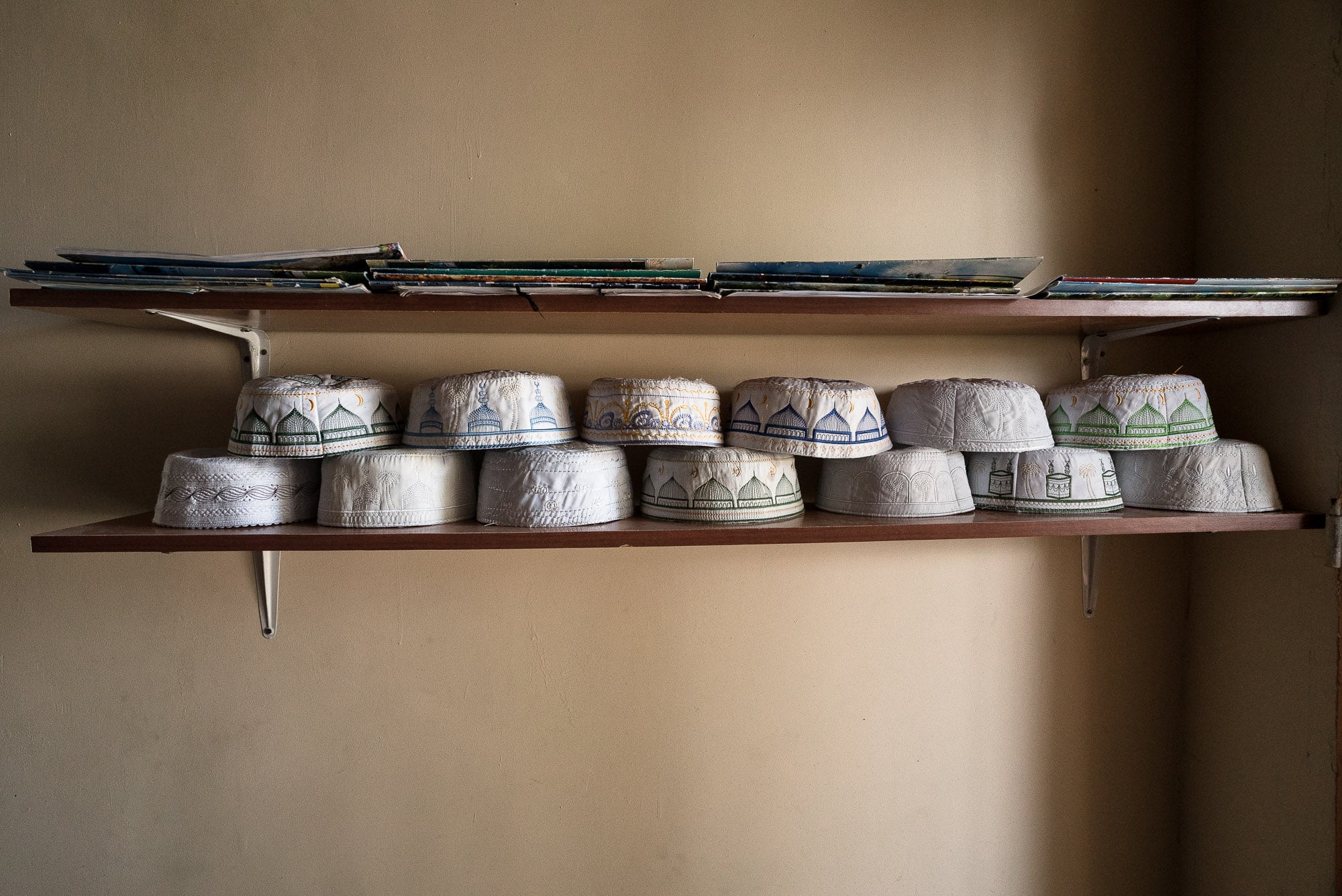 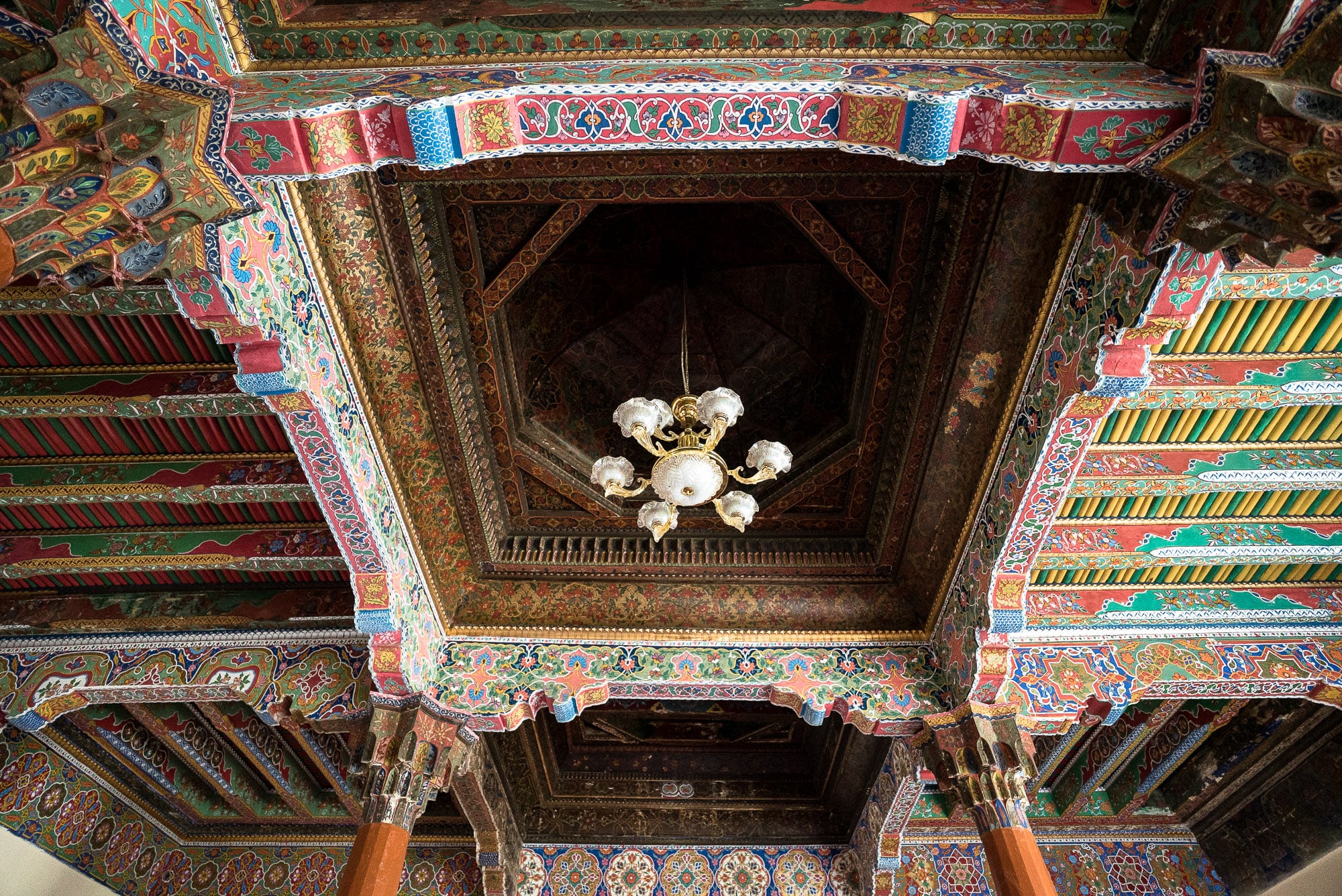 And the old pool outside: 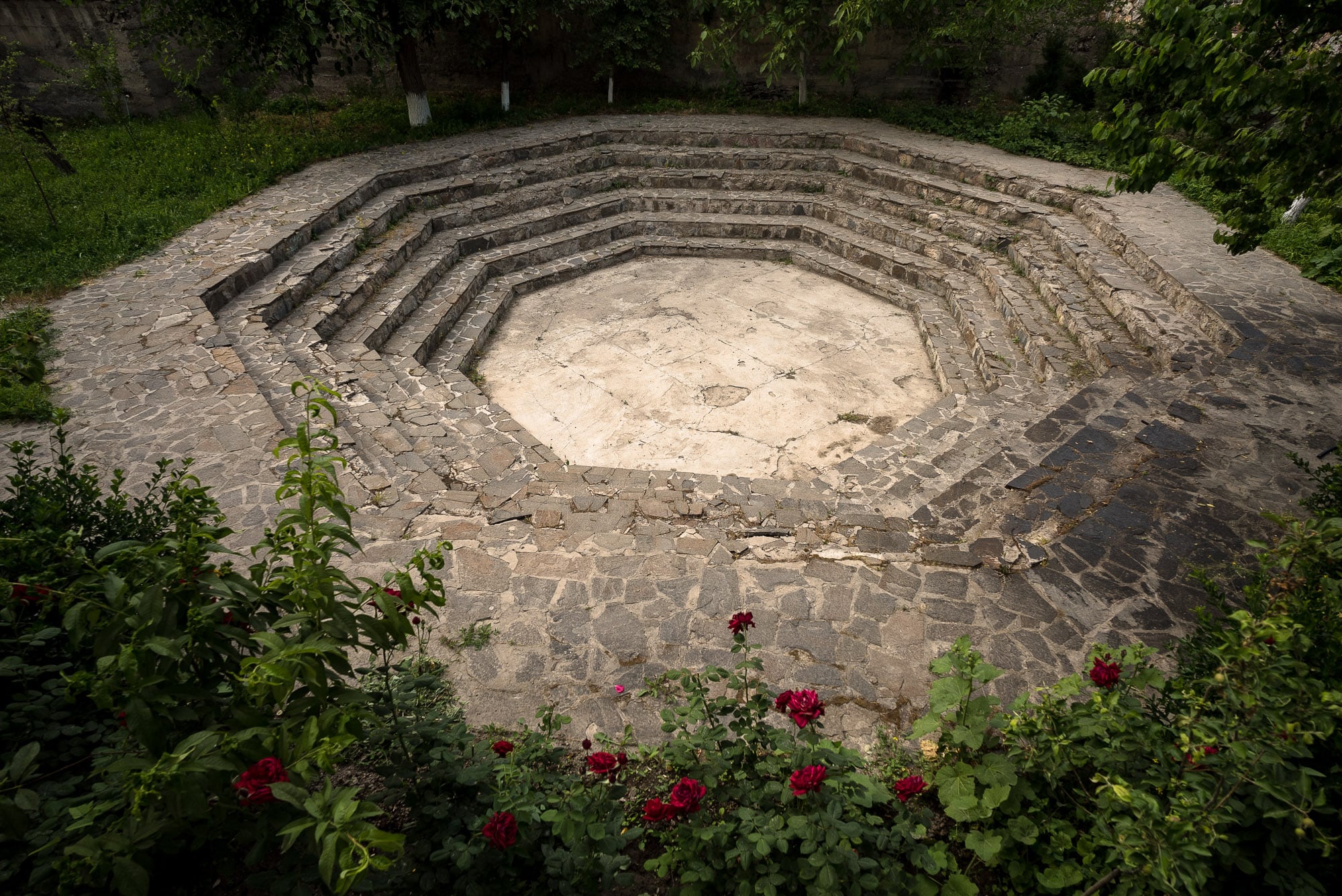 This is the Imam: 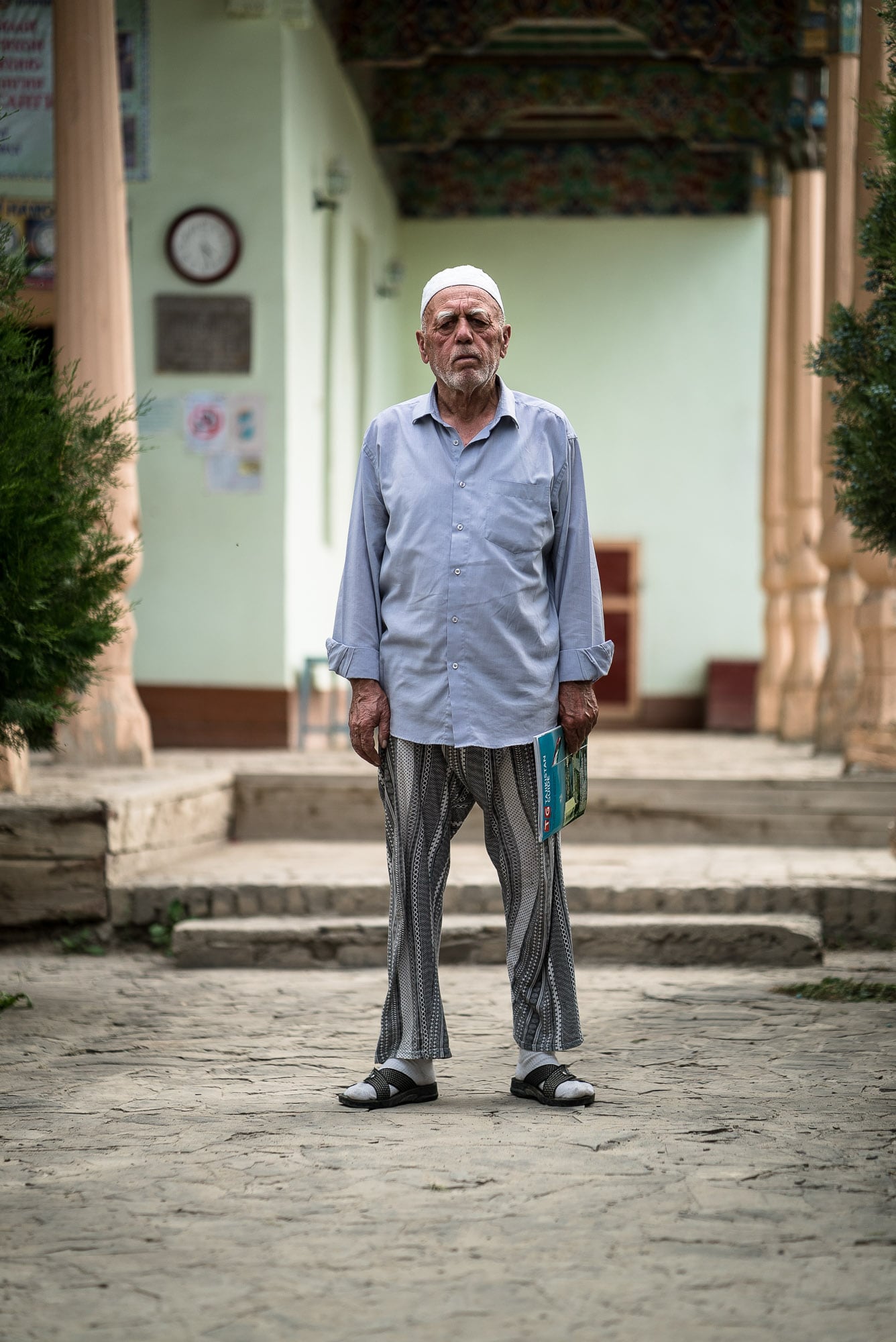 Now you might think that he is one mean-looking dude, and at first I was under the same impression, but he was actually a very sweet old gentleman: 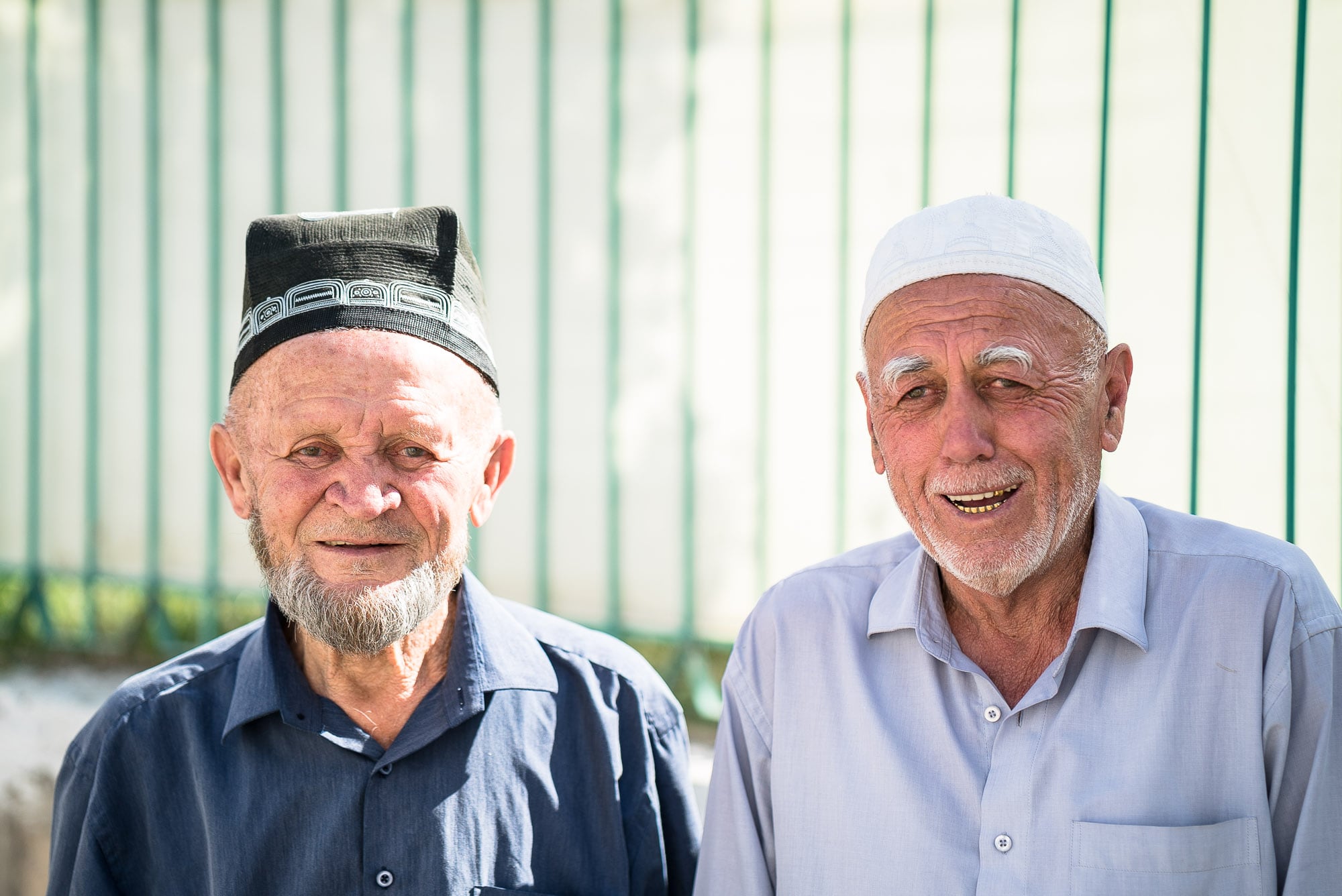 He showed us the way to Kök Gumbaz, the “Blue Dome”, an old madrasah that lay dormant in the center of Istaravshan: 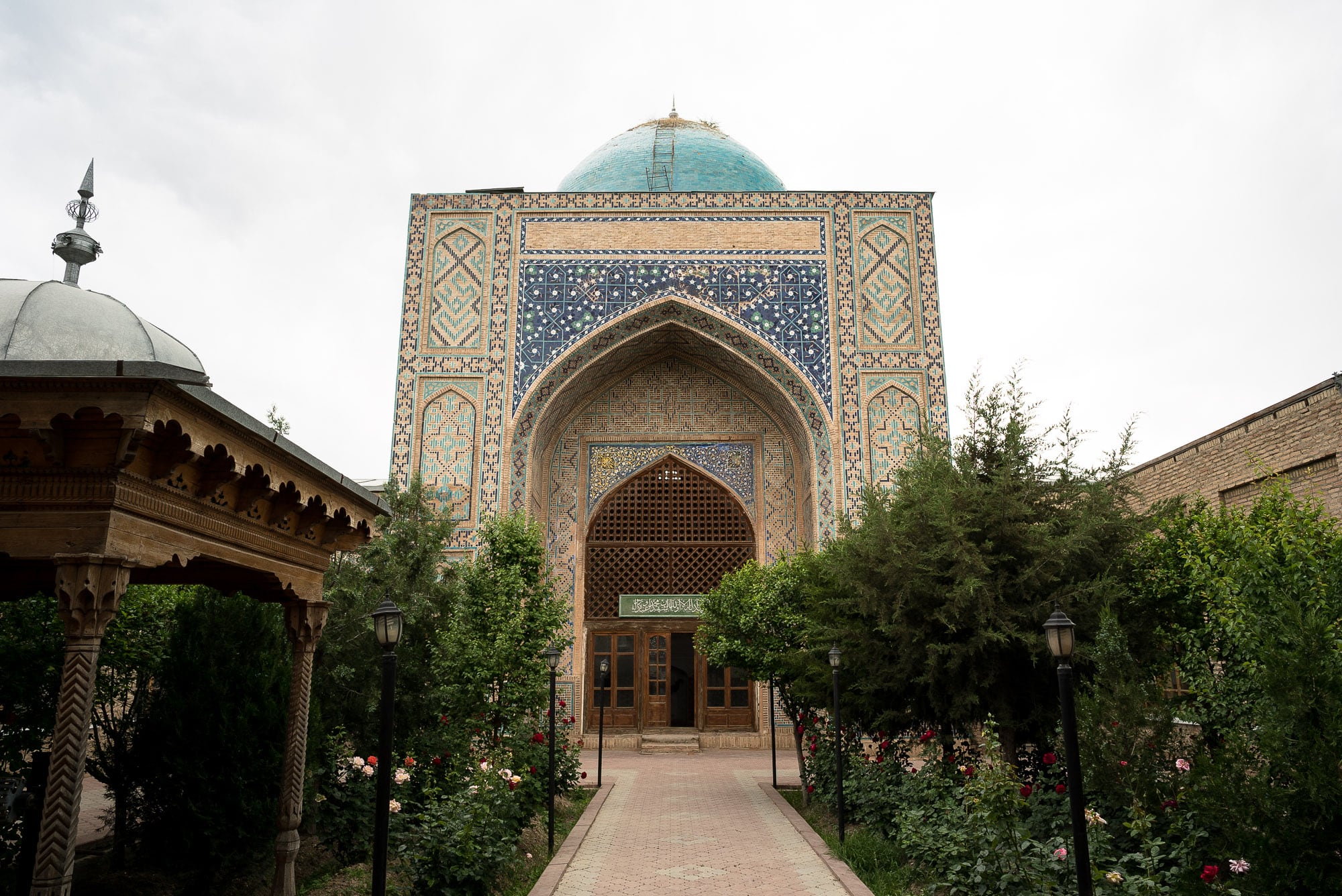 The inside was deserted: 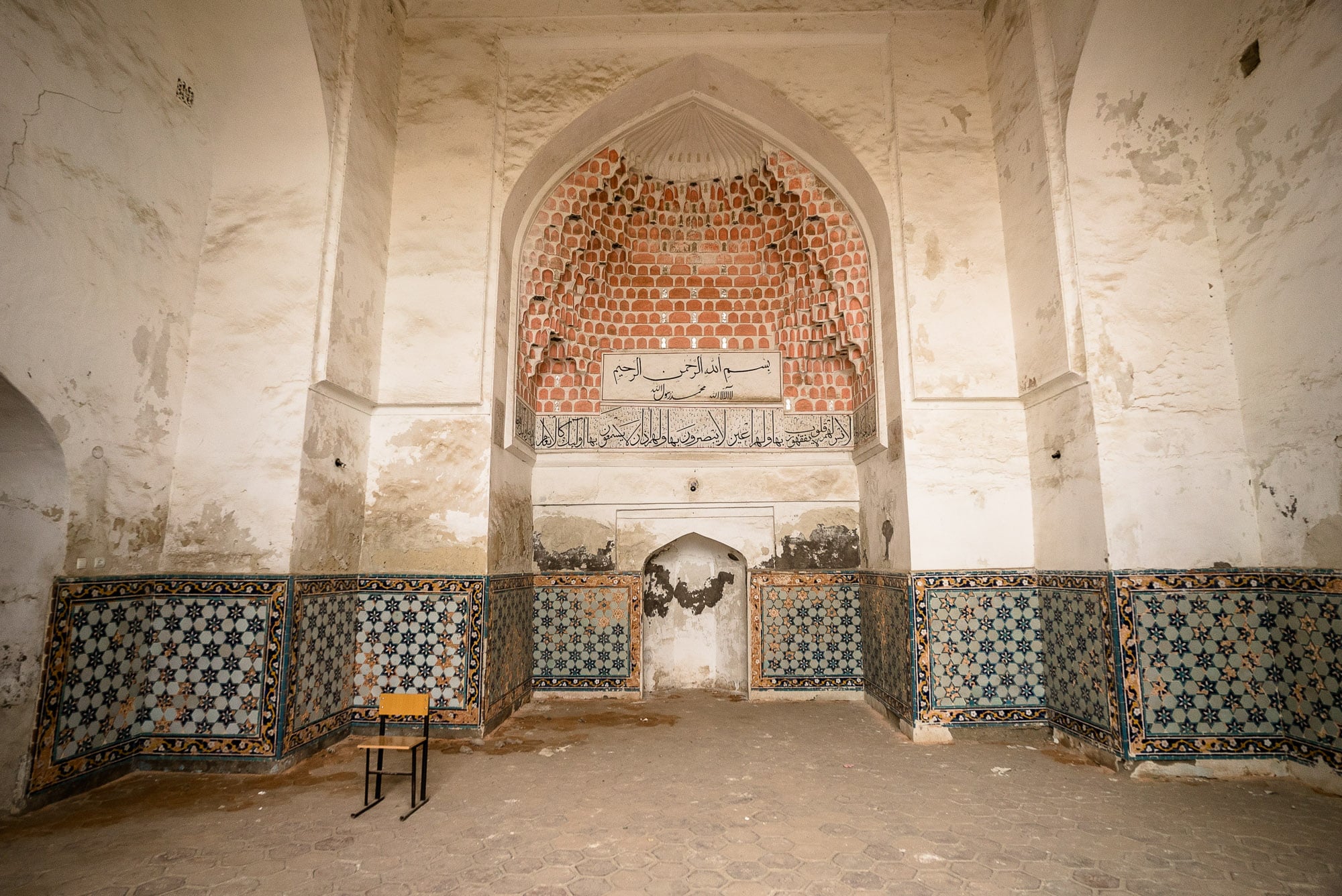 But a group of kids took us up a ladder to the roof, so that we would be able to see better: 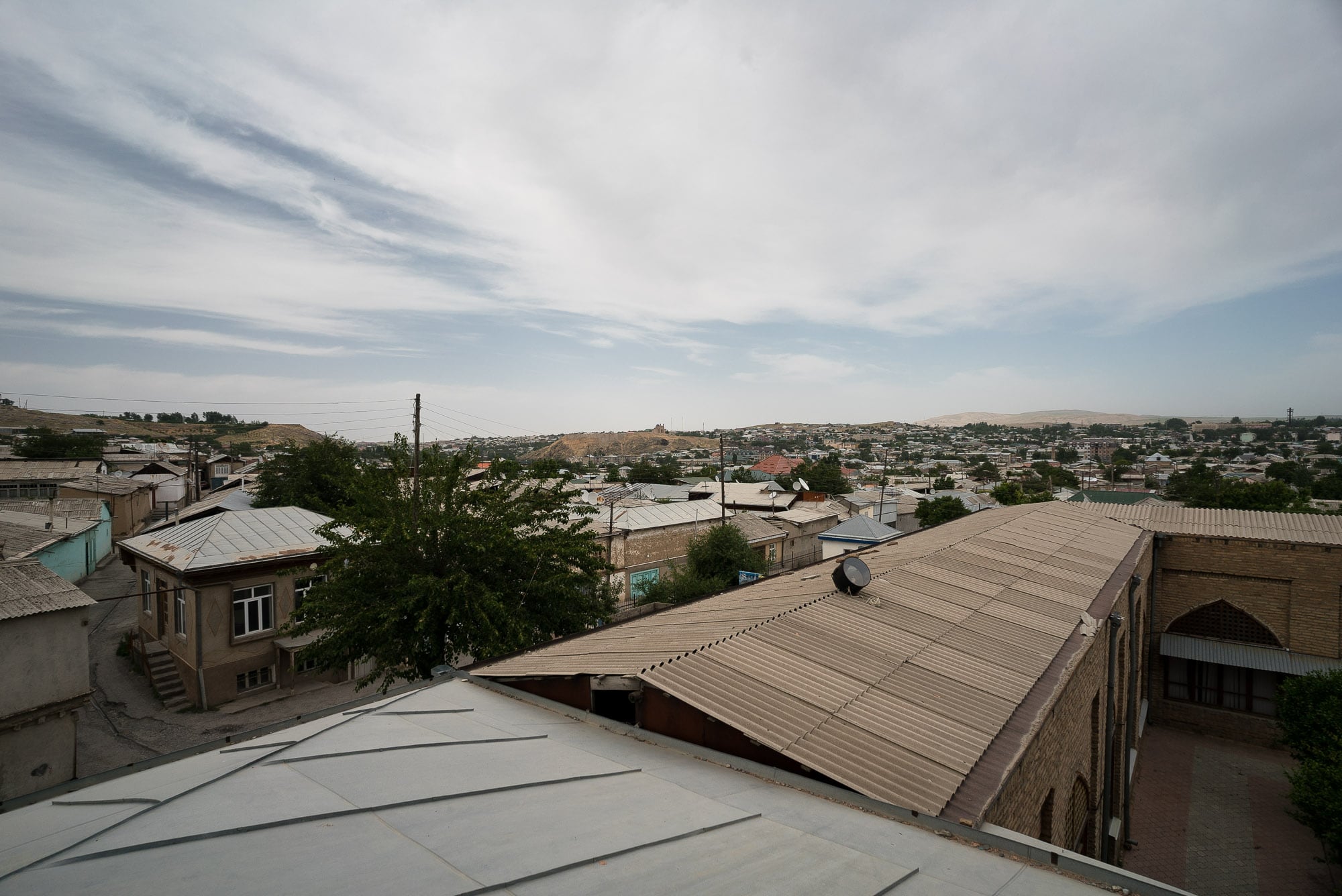 They later got into a bit of trouble for this with these two gentlemen who were looking after them: 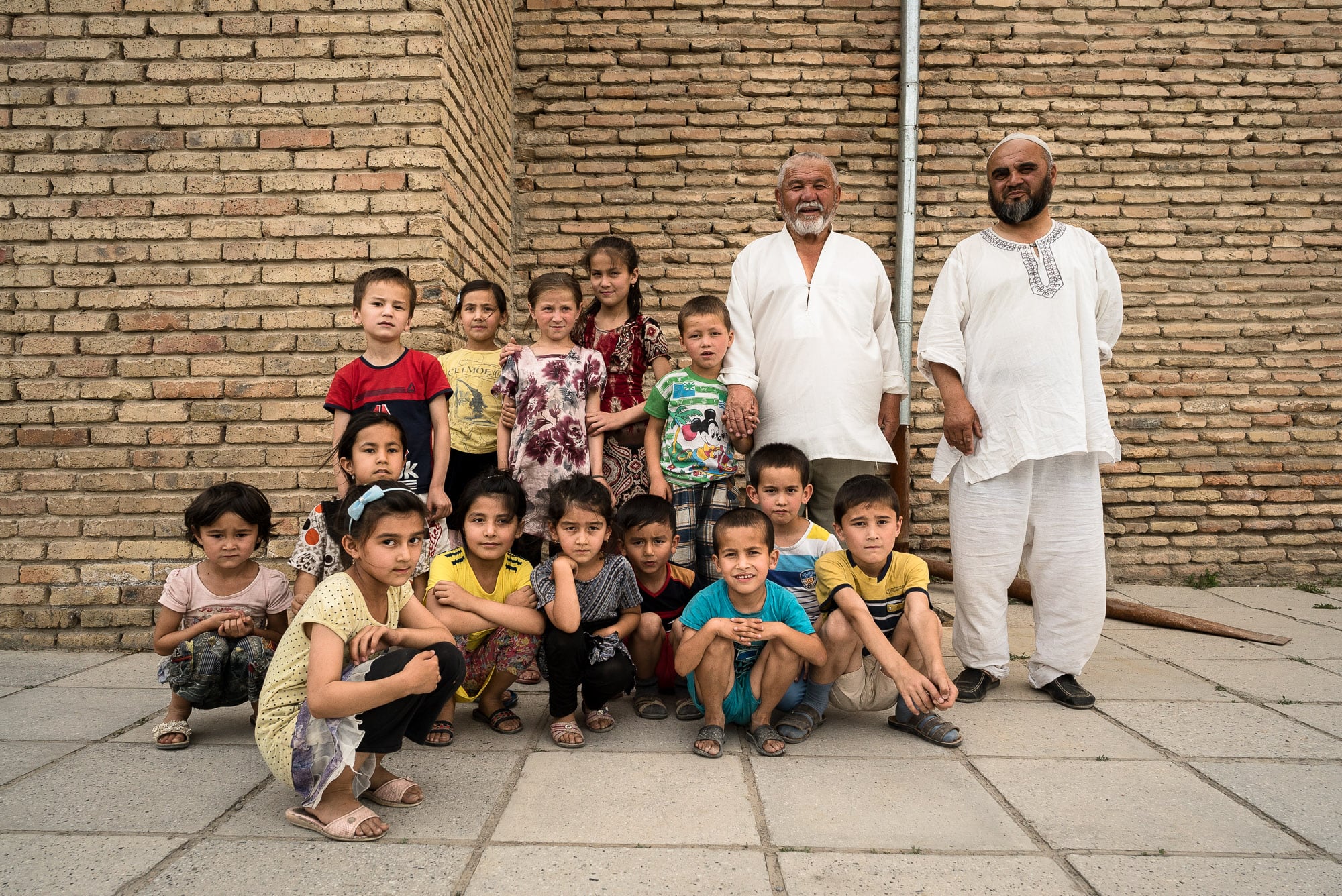 They were a merry little bunch: 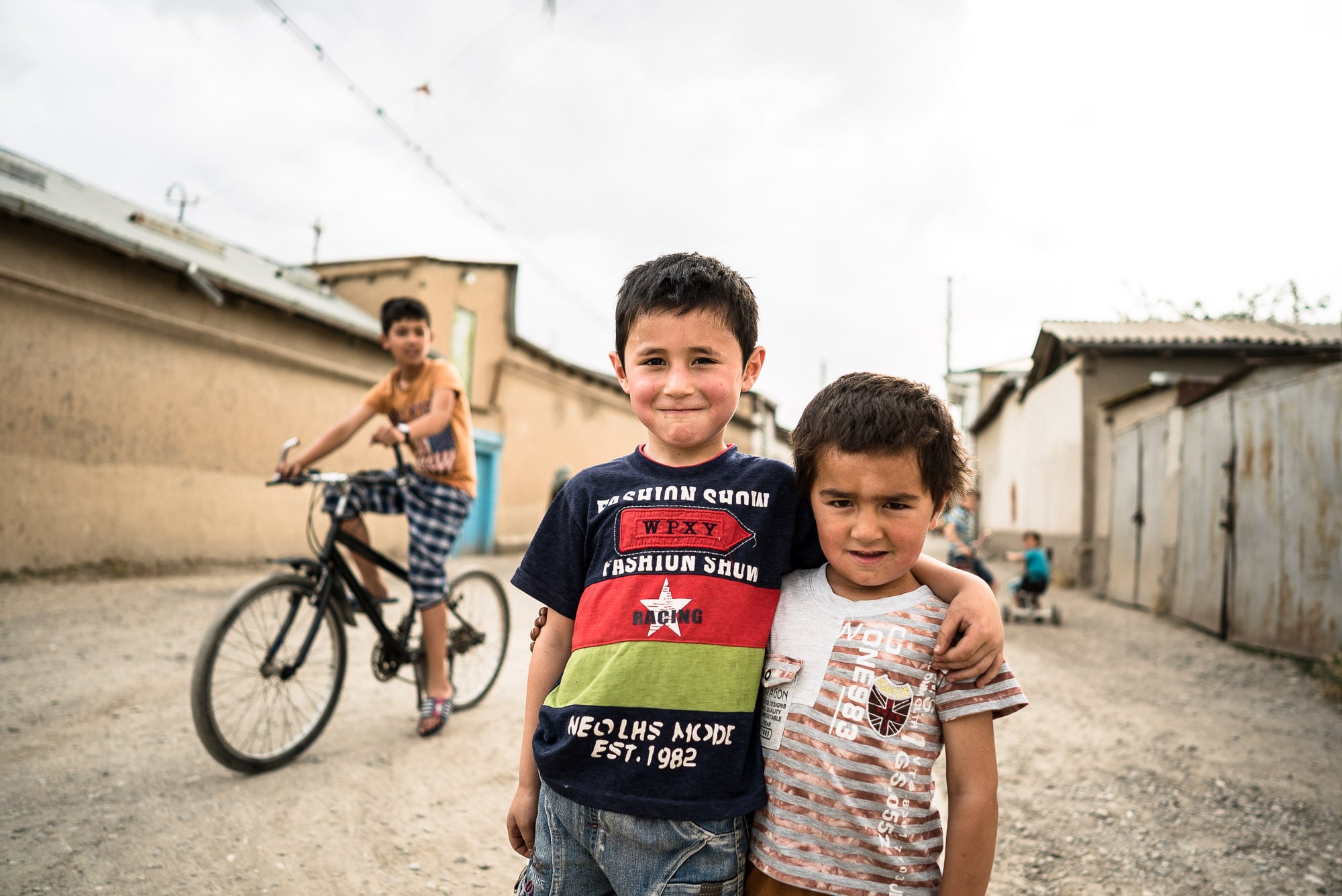 And athletic as well: 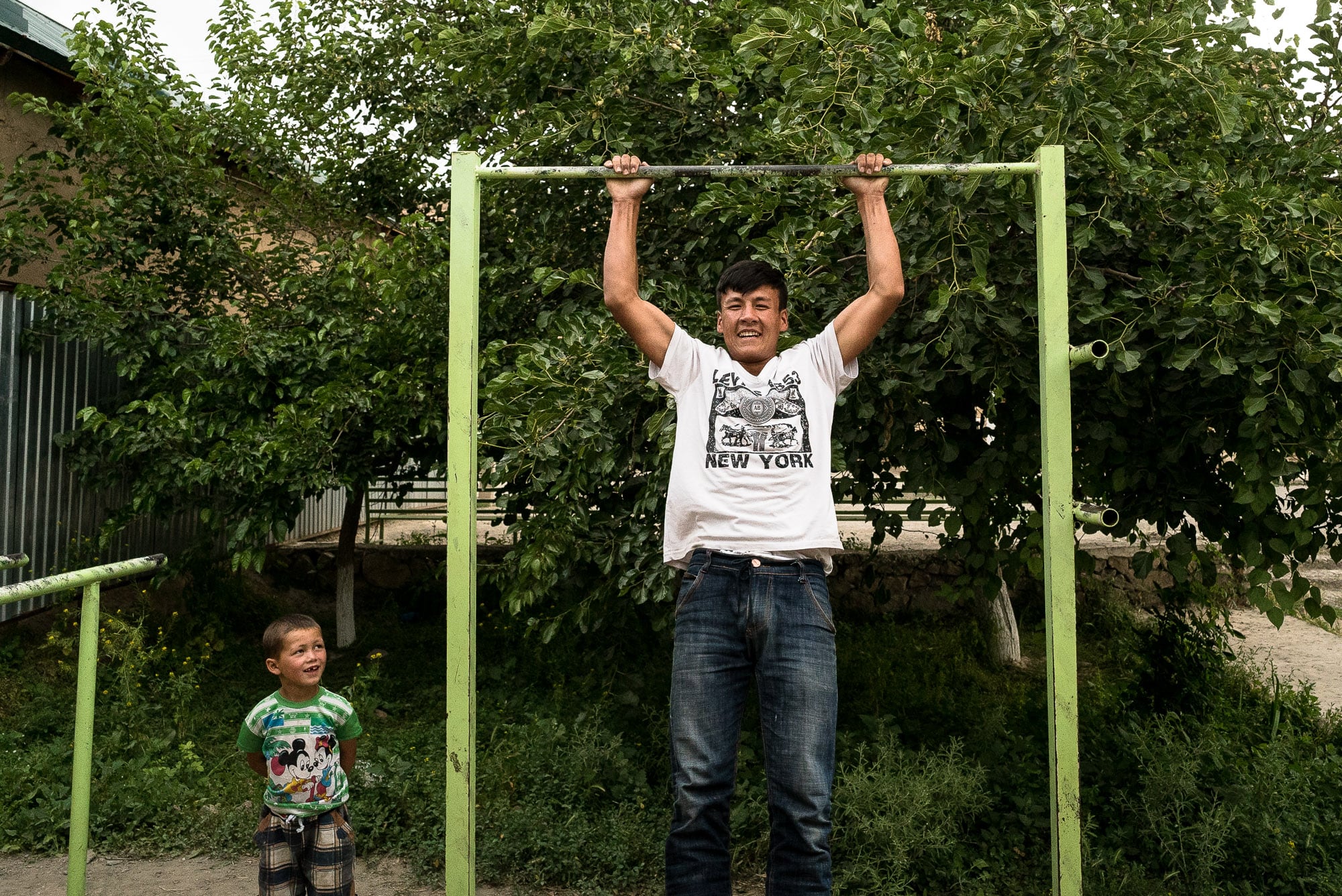 When we couldn’t quite figure out our way out of the winding alleys of old Istaravshan, these two naan couriers showed us the way: 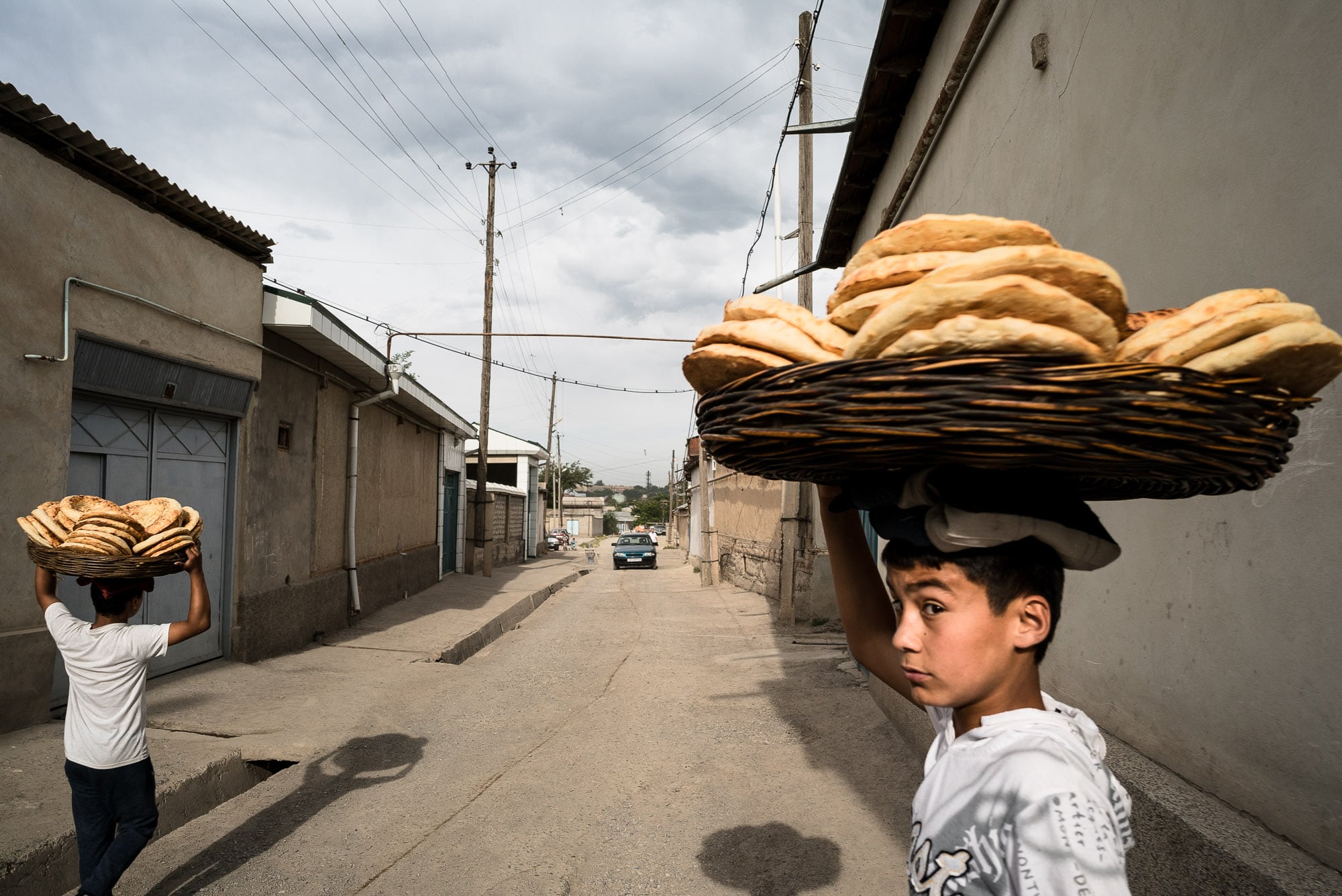 We were obviously quite impressed with their skills: 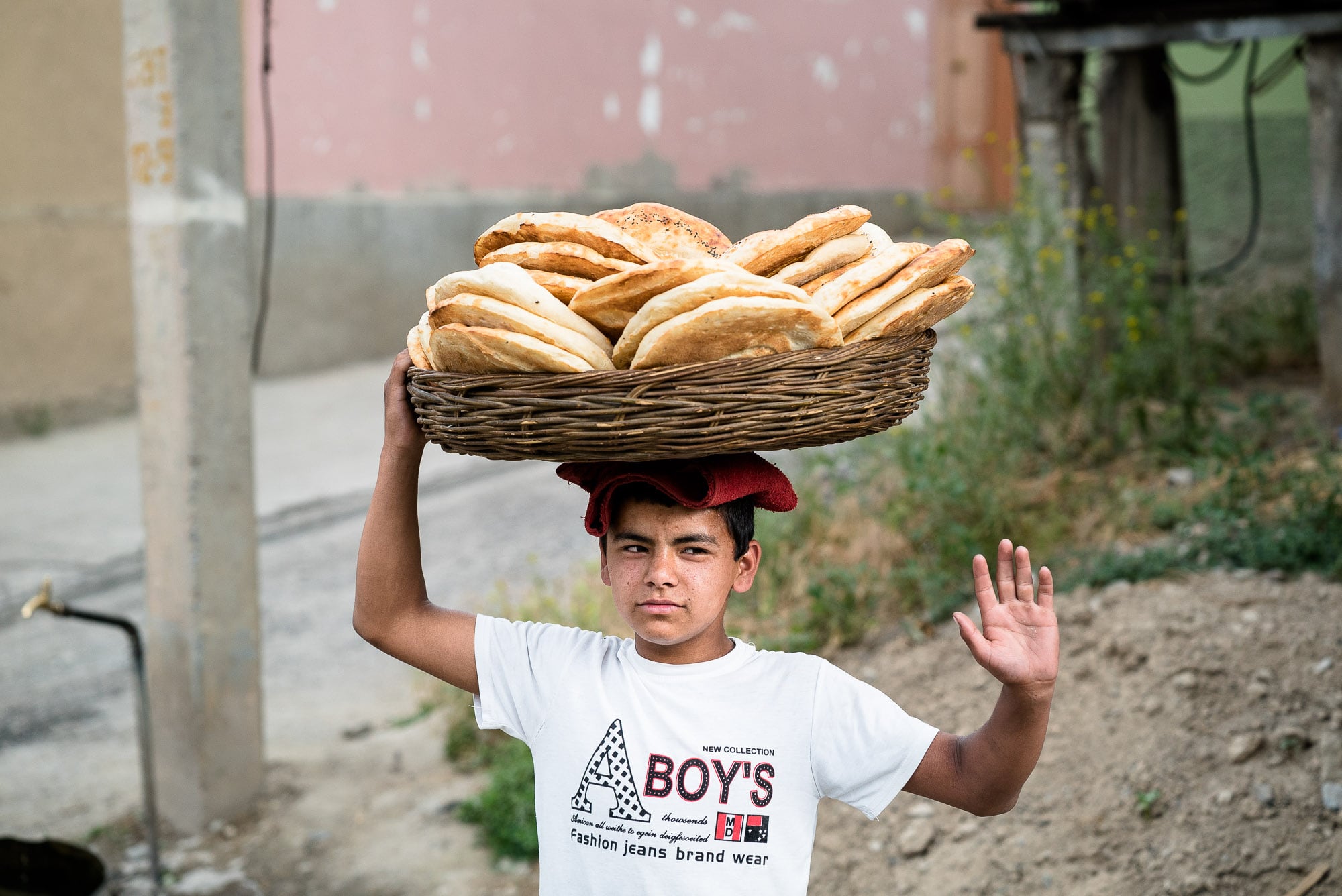 Then we got close to Mug Teppe, an ancient ruin on top of a hill overlooking the valley. I was very excited. After all, this was supposed to be the exact location where Alexander had built his fortifications more than 2300 years ago! 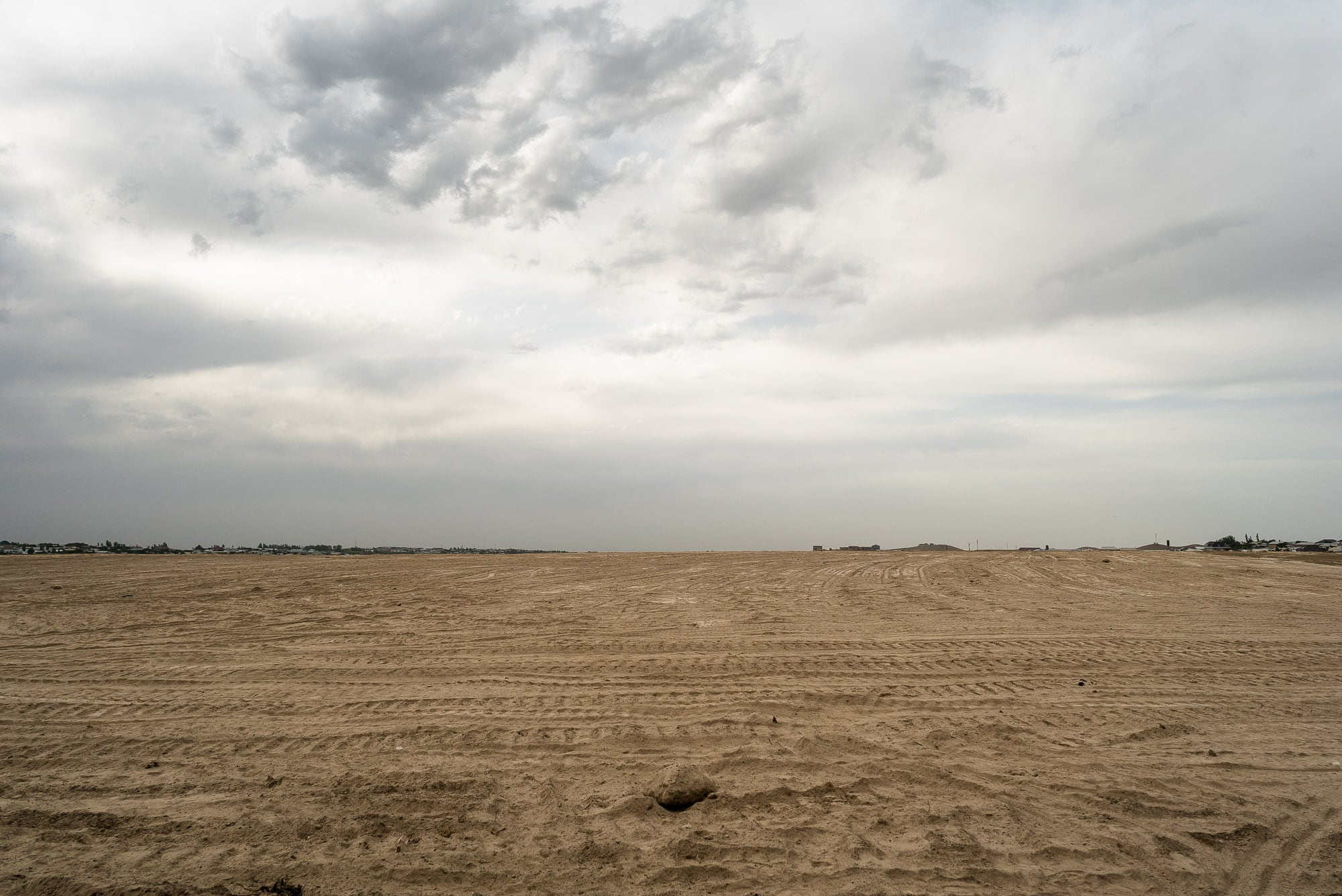 There was nothing there anymore. Local authorities had erected a monumental gate to commemorate what had once been there, and then they had gone ahead and started bulldozing the whole area to the ground.

Now all that was left was fine dust that I would raise up with my feet: 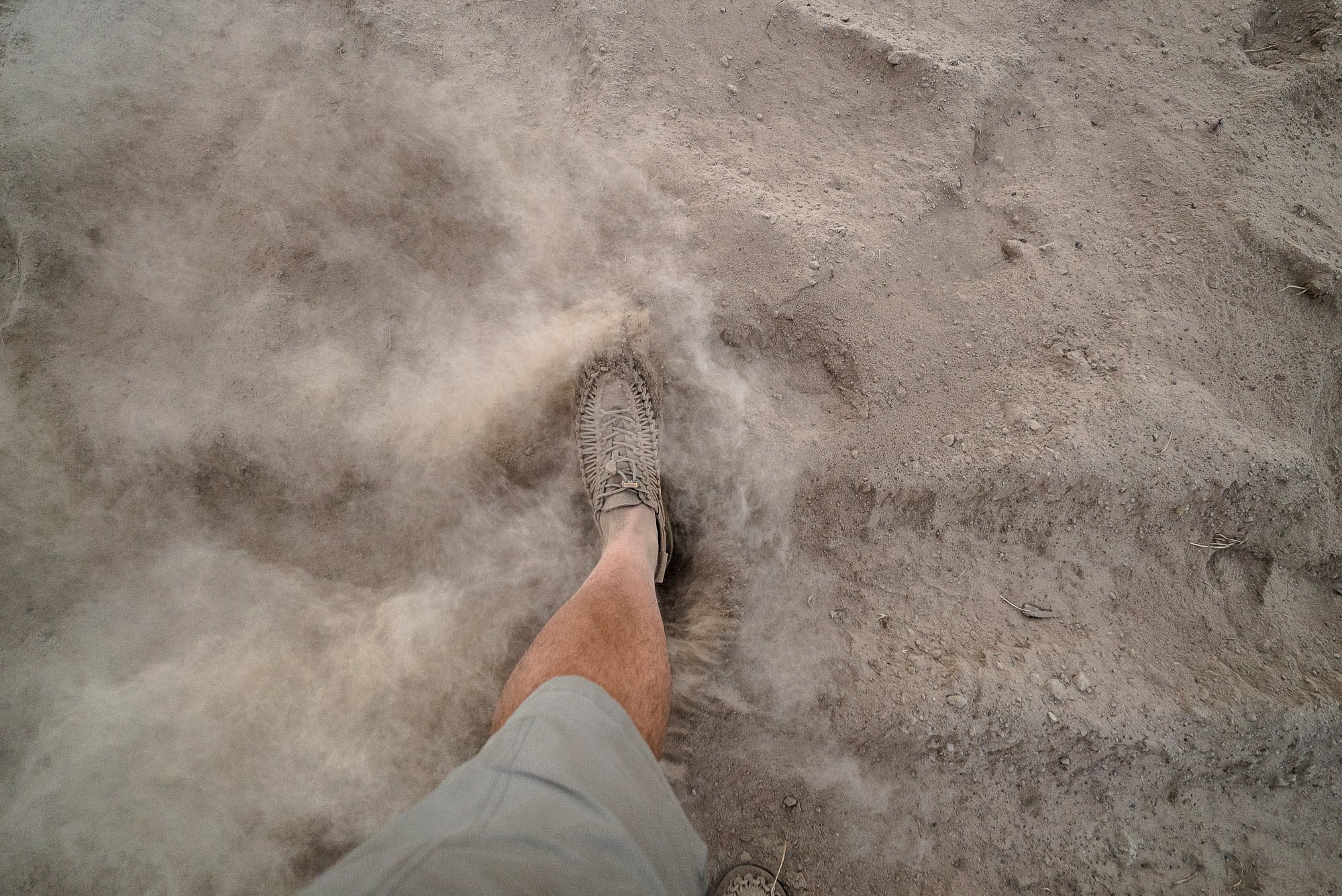 We stayed there for a while, and I took some shots that I pieced together for a short time-lapse:

Then night fell over Istaravshan, and we went back to our hotel: 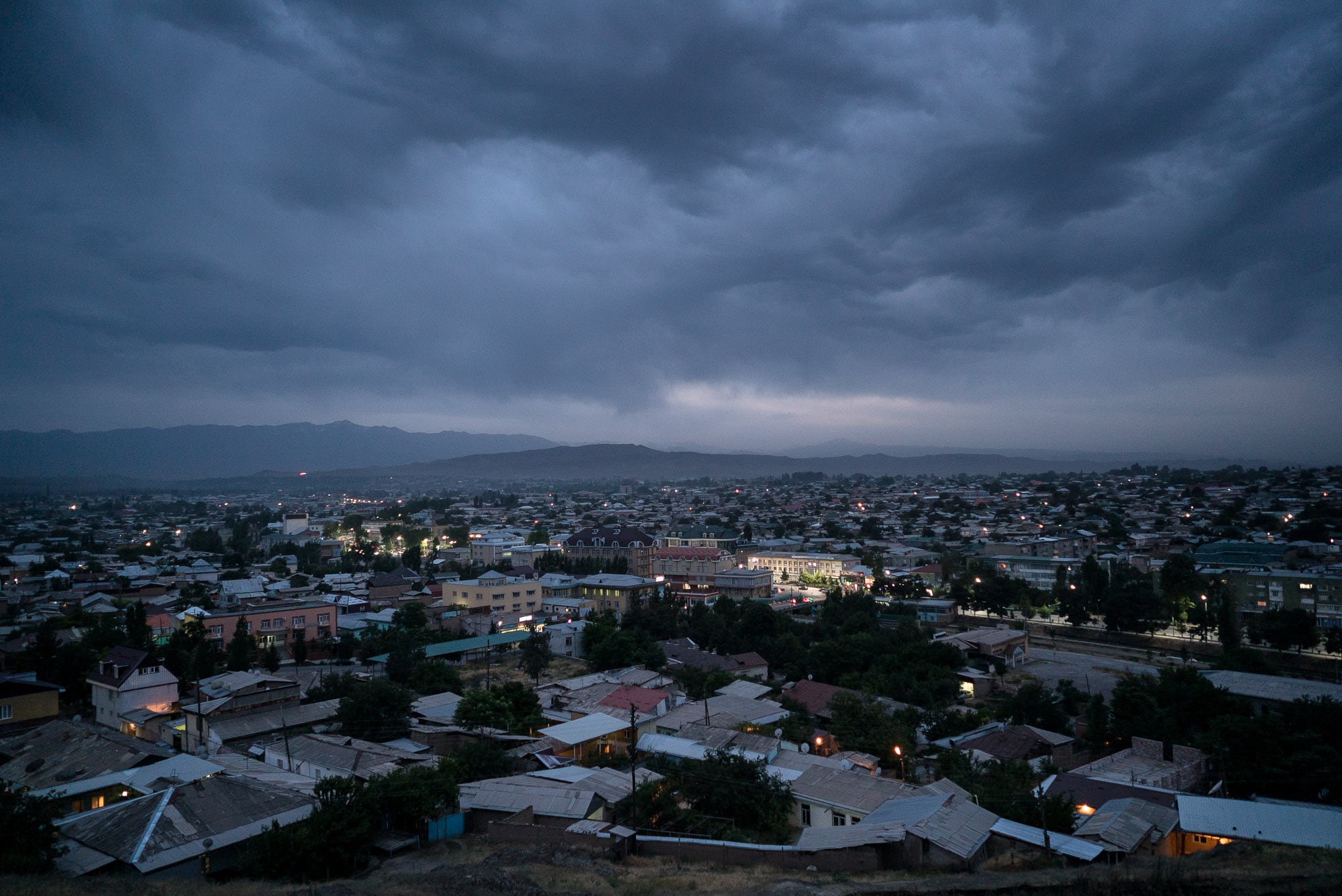 It wasn’t actually a hotel though. It was a private apartment rented out by an old gentleman. And it was full of bric-a-brac.

So we sat at our table in the living room, in between a bunch of shiny things, and we watched Rogue One on my cell phone: 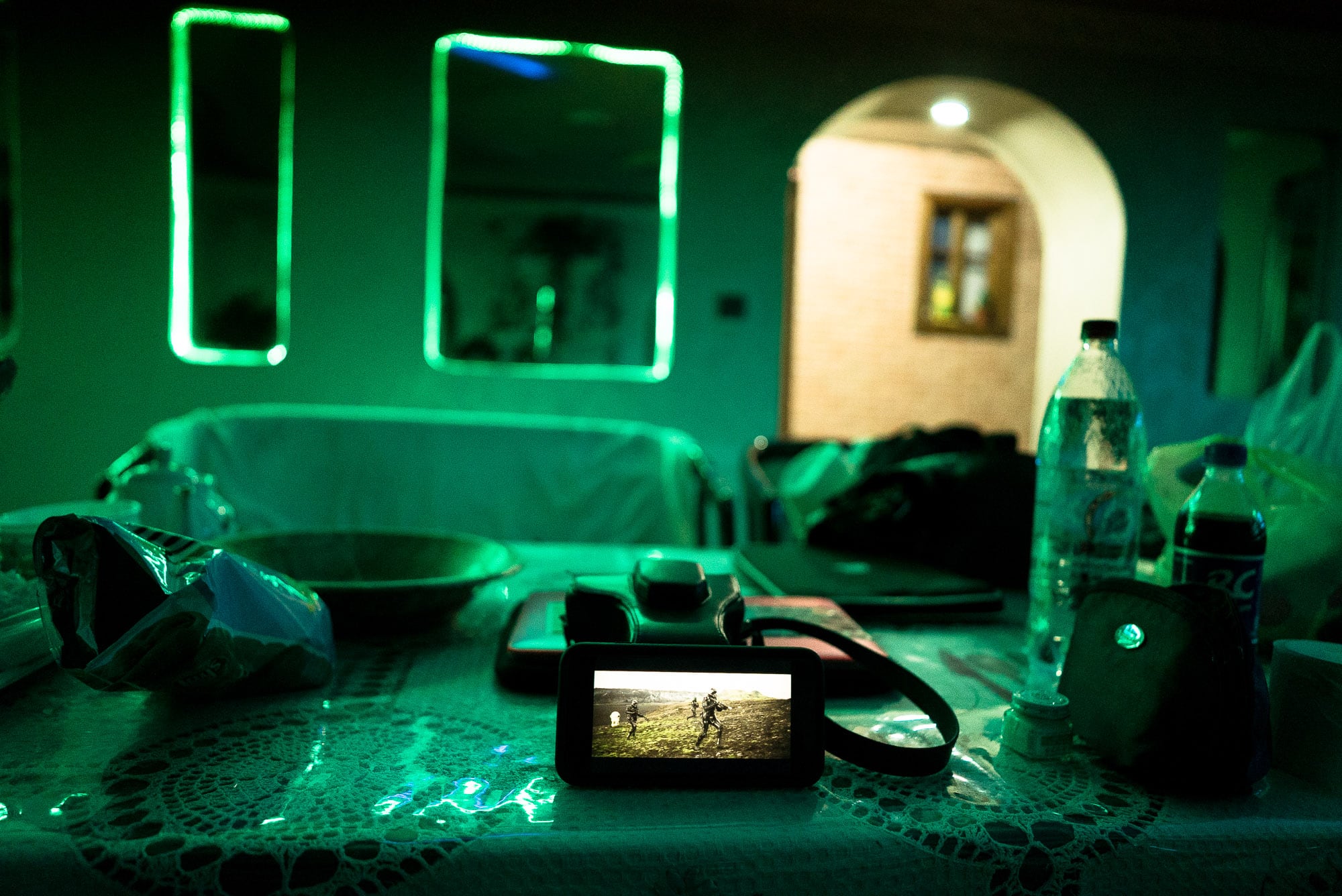 It turned out to be pretty good.