The thing about Khujand is that Alexander (the one whom we somehow call “The Great”) used to have a pad here. He called it Alexandria Eschate, indicating that it was to be the furthest one of his cities. Or maybe this is really just one thing about Khujand. For me, it was magical anyway.

There are only a few ruins of an ancient settlement left: 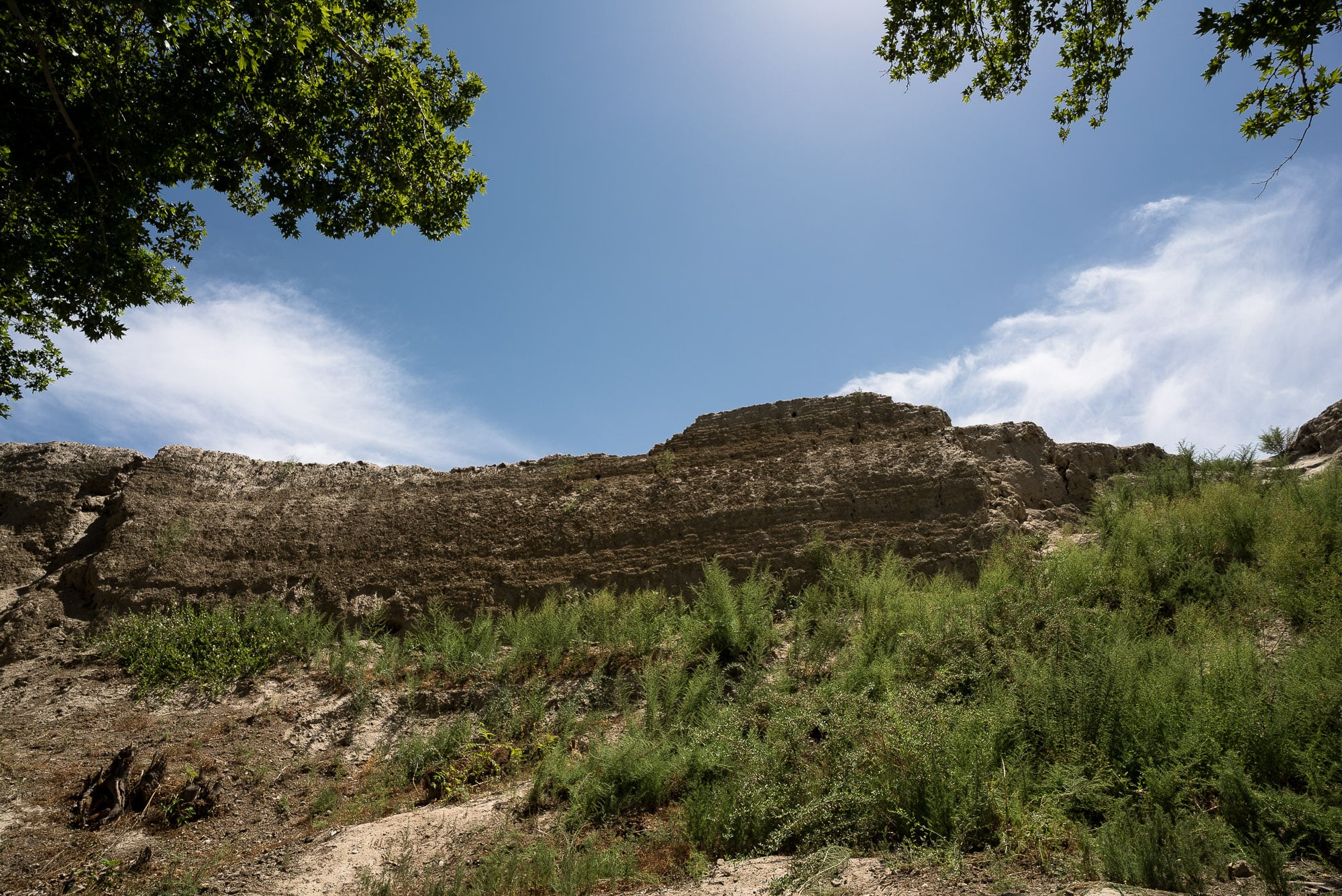 They are apparently Sughd, so I am not sure if they have anything to do with Alexander at all.

And there was a new strongman around: 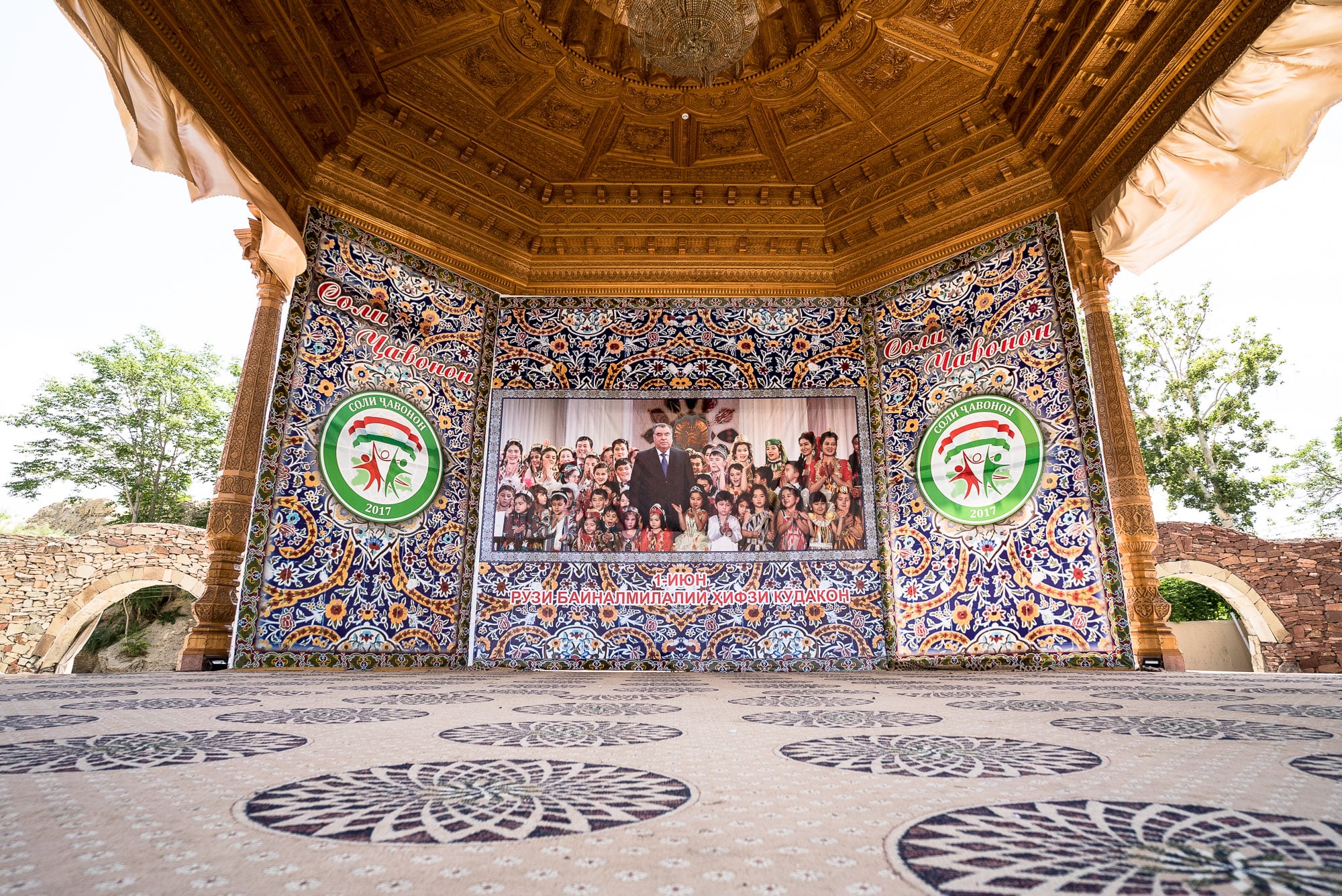 President Rahmon. He was everywhere. His face, his torso, or just his hand: 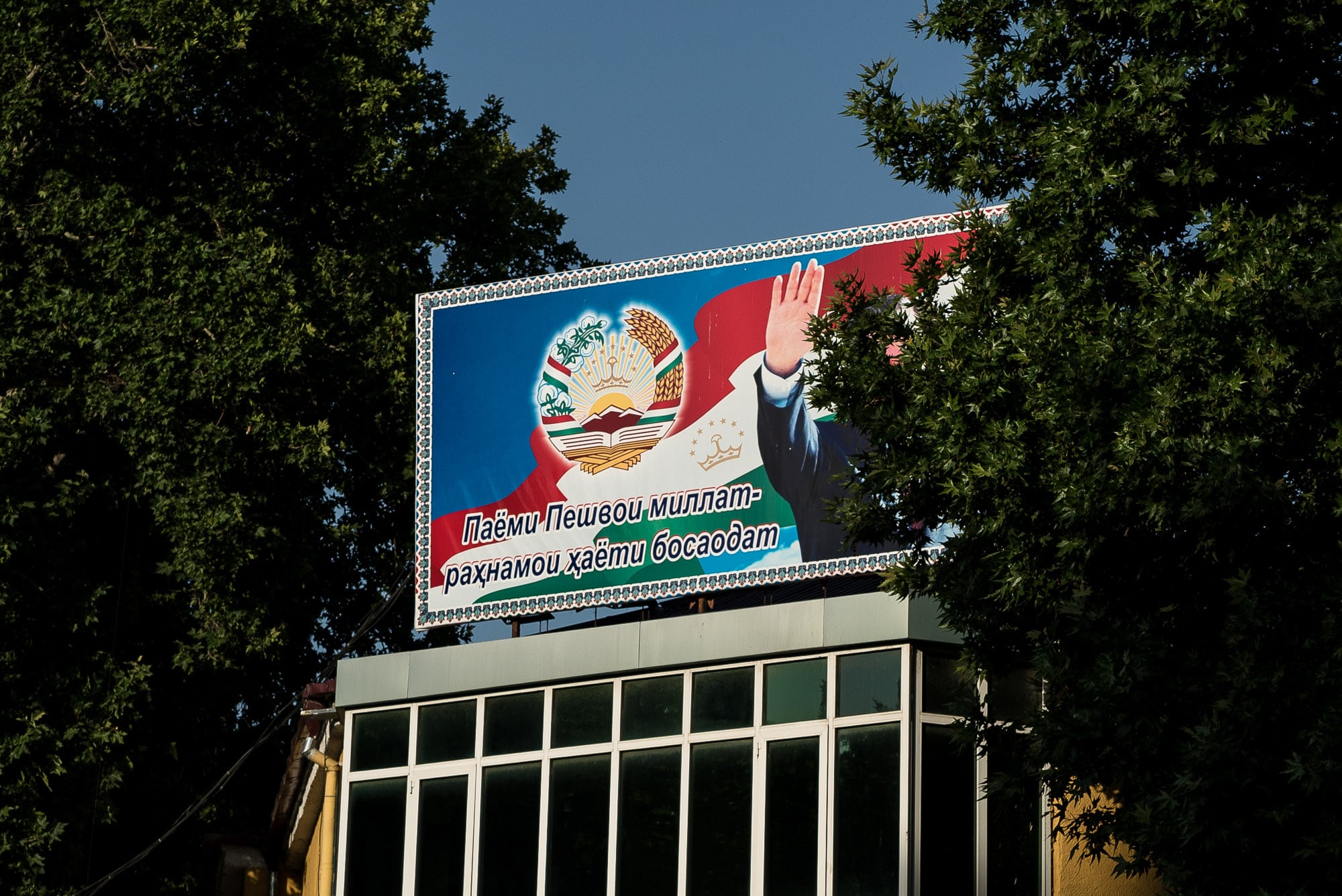 It seemed as though he was even more omnipresent than President Nazarbayev in Kazakhstan. Which was really saying something.

In hindsight, I found it a bit strange that Uzbekistan really didn’t have that many pictures of President Mirziyoyev hanging around. Maybe because he was the new guy.

And there was another thing of which Uzbekistan didn’t seem to have that much: 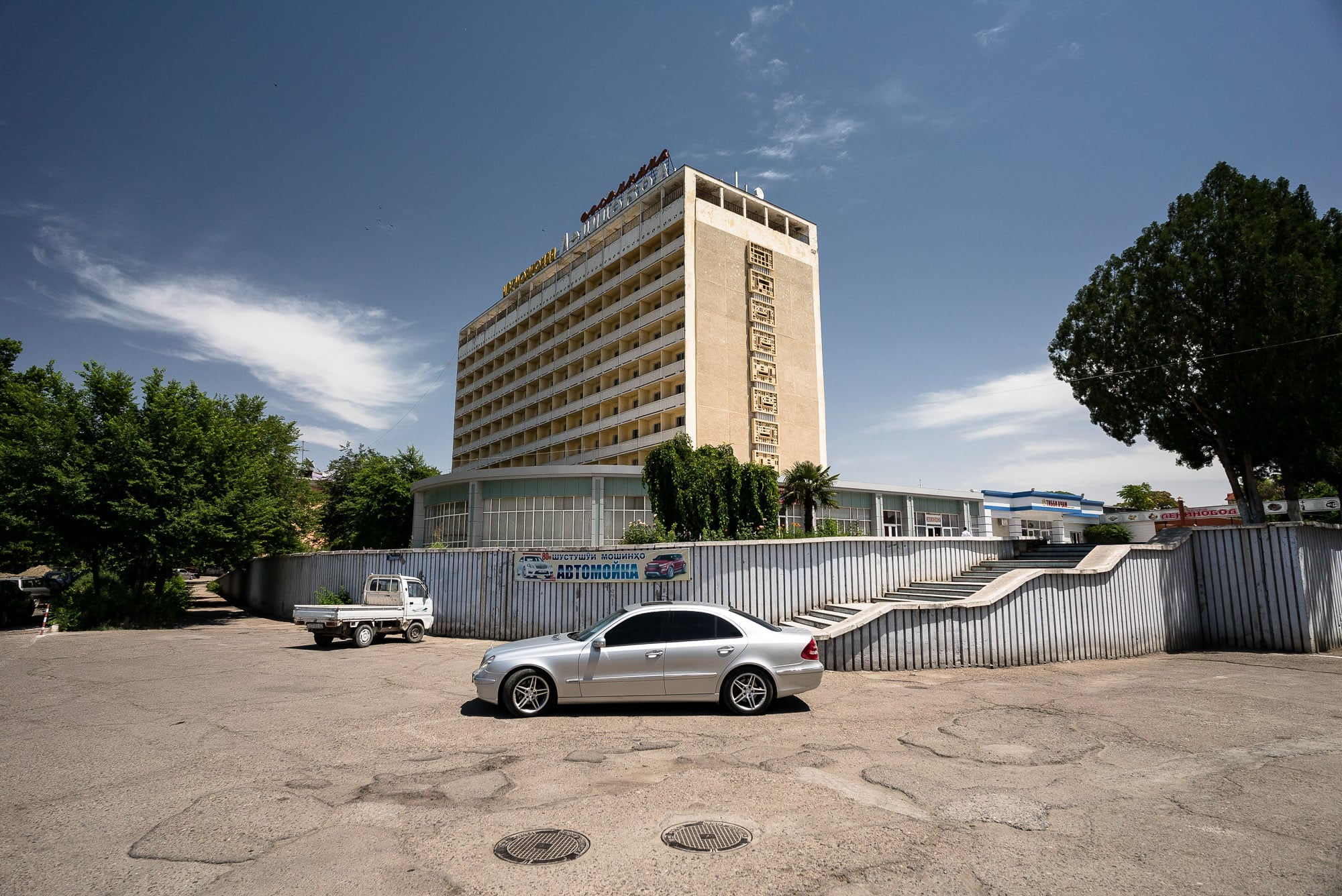 Foreign cars. Tajikistan was much more like Kazakhstan or Kyrgyzstan in the way that it had lots and lots of used European cars everywhere. Uzbekistan didn’t.

And yet there was something totally unrelated that seemed to be unique about Tajikistan: 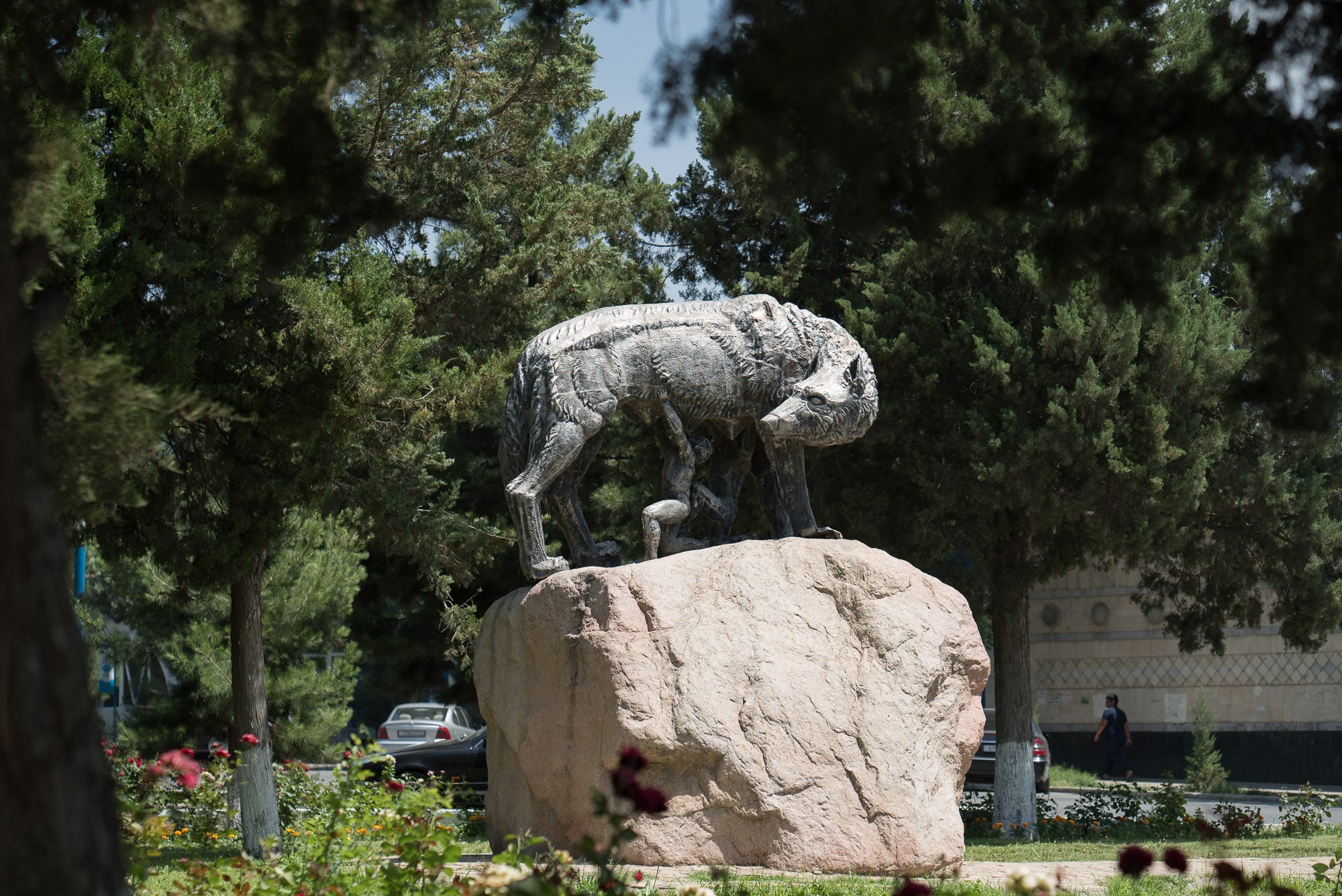 Tajikistan, for some reason, had a bunch of Romulus and Remus statues standing around. Maybe because of its period of Hellenism after Alexander? But then why did some of the statues look so new?

It was all a bit of a mystery.

We went to a large market called Panjshanbe Bazaar: 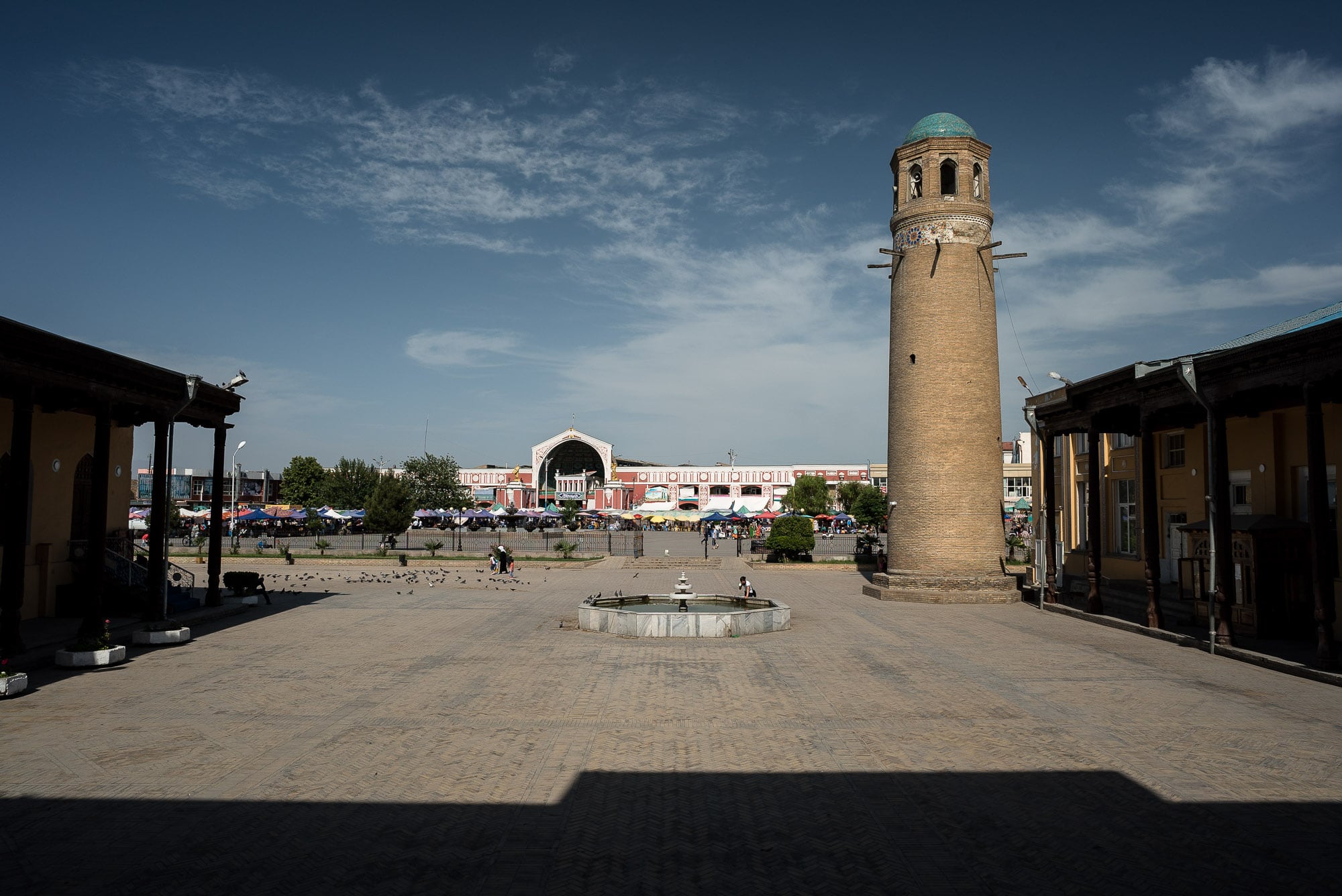 Walked around in it a little bit: 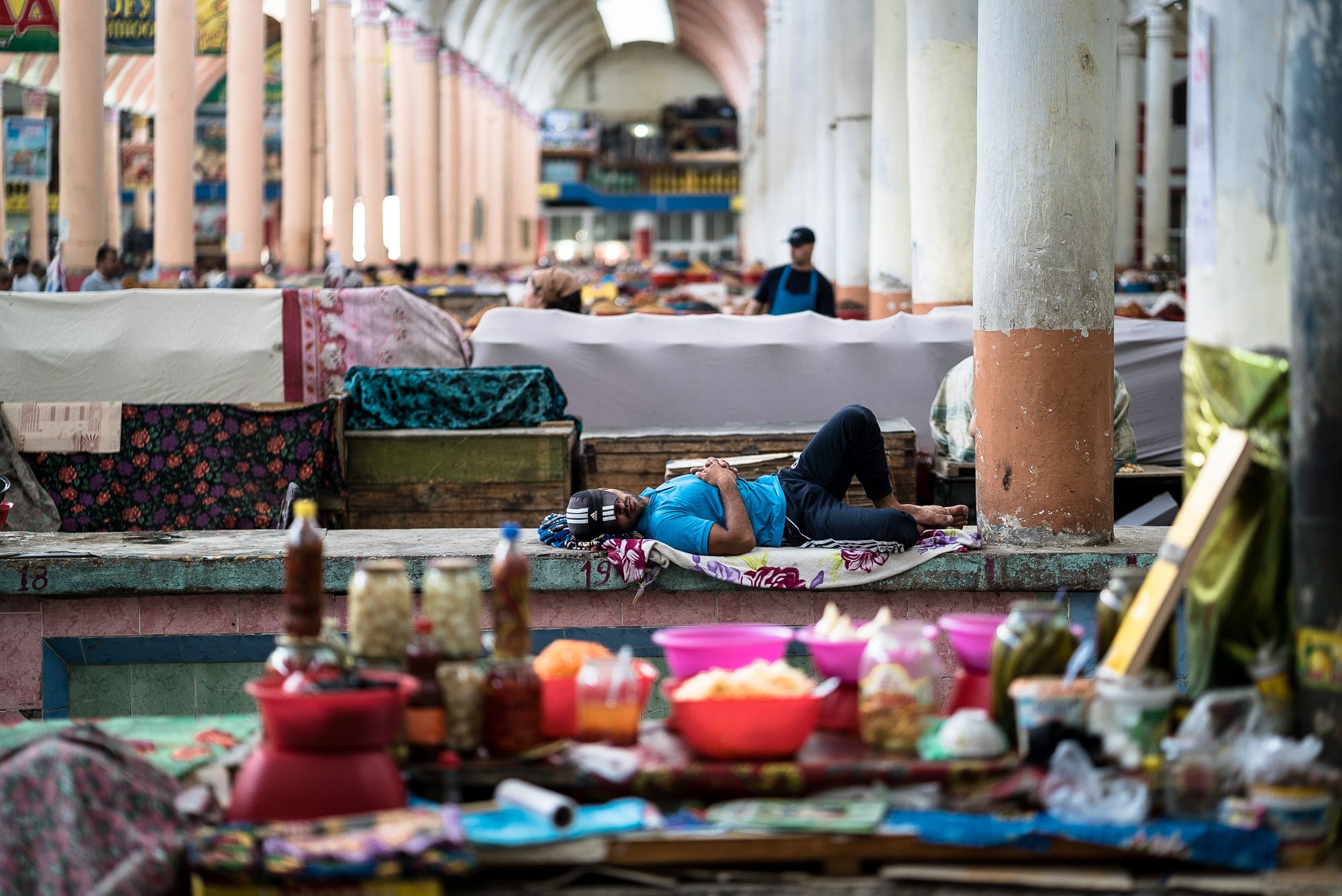 She bought a hat for herself, a cowboy hat to shield her from the sun: 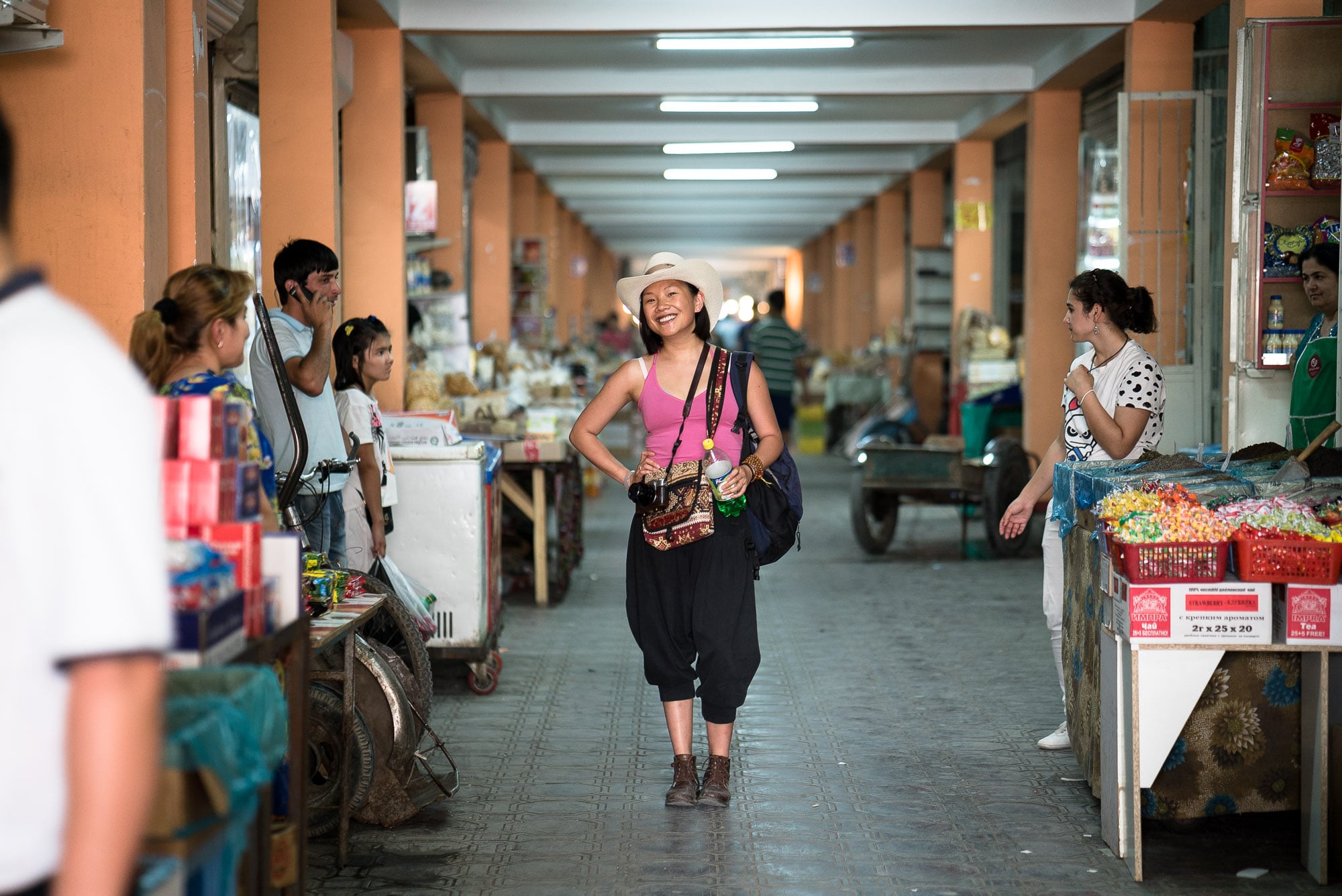 And because we liked the bazaar, we hung out there for quite a while: 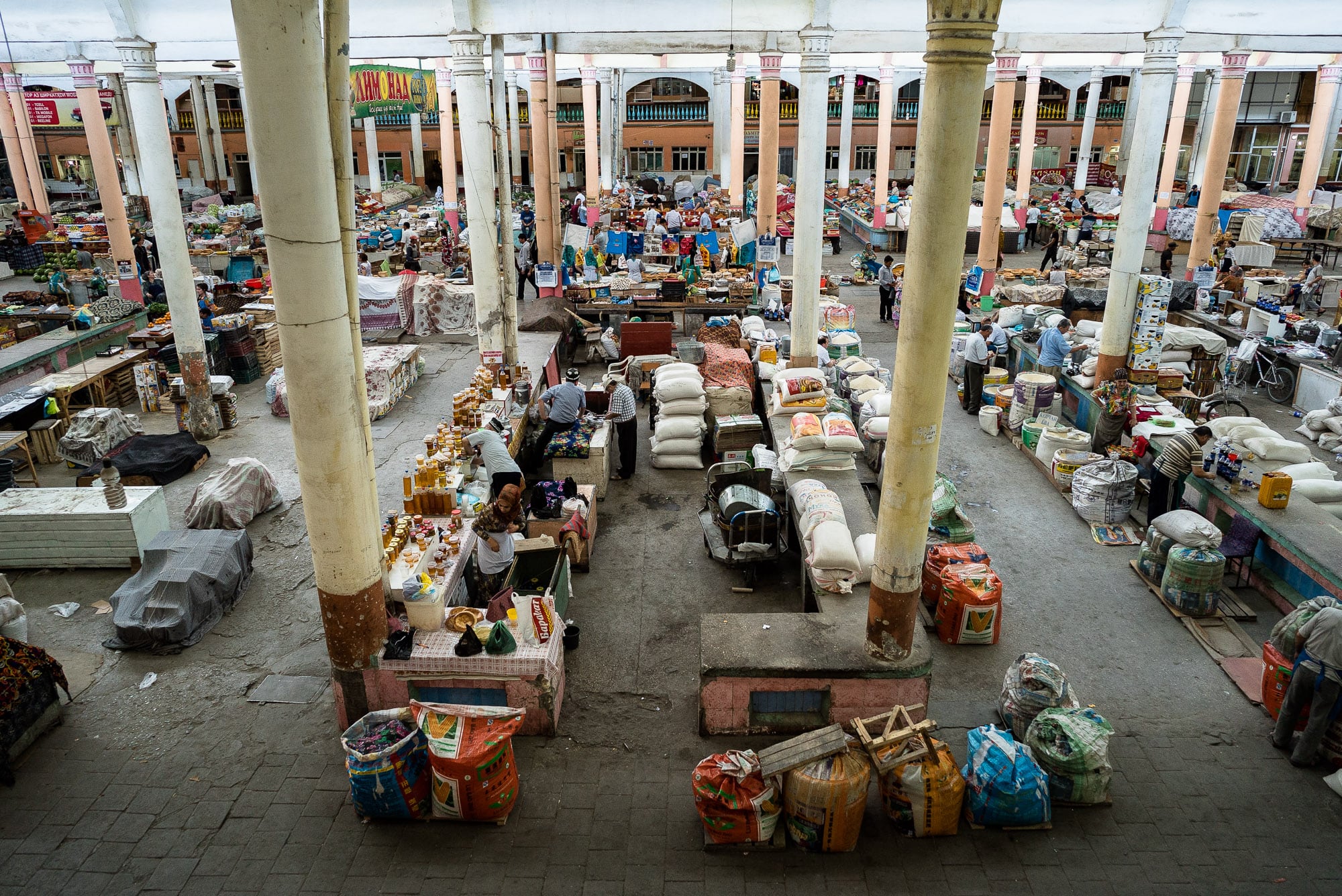 In fact we hung out there until they started to close for the night:

Then we bought some alcohol and walked back out of the corridors: 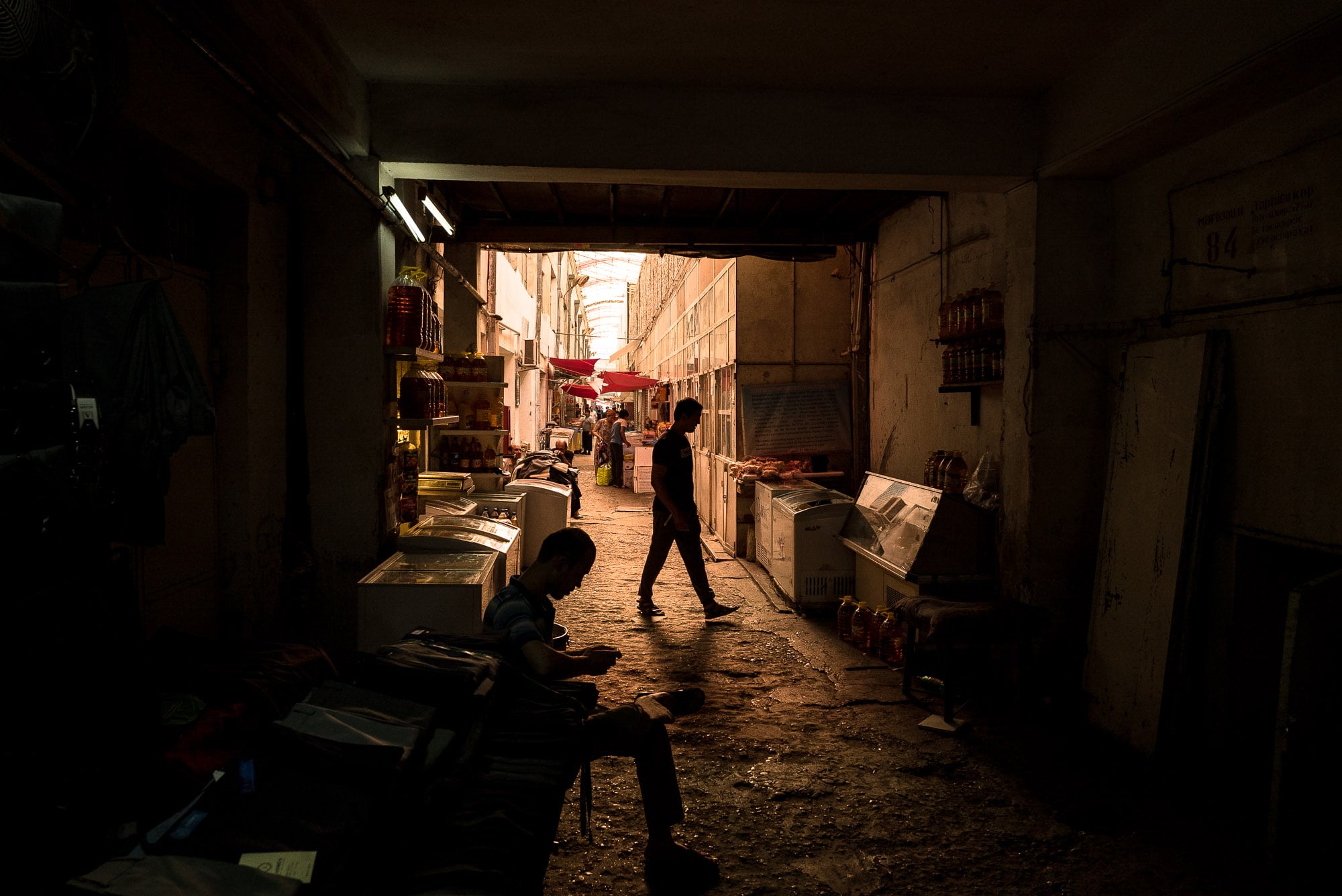 When we got to the bridge over the river Syr Darya, it looked more beautiful than ever before: 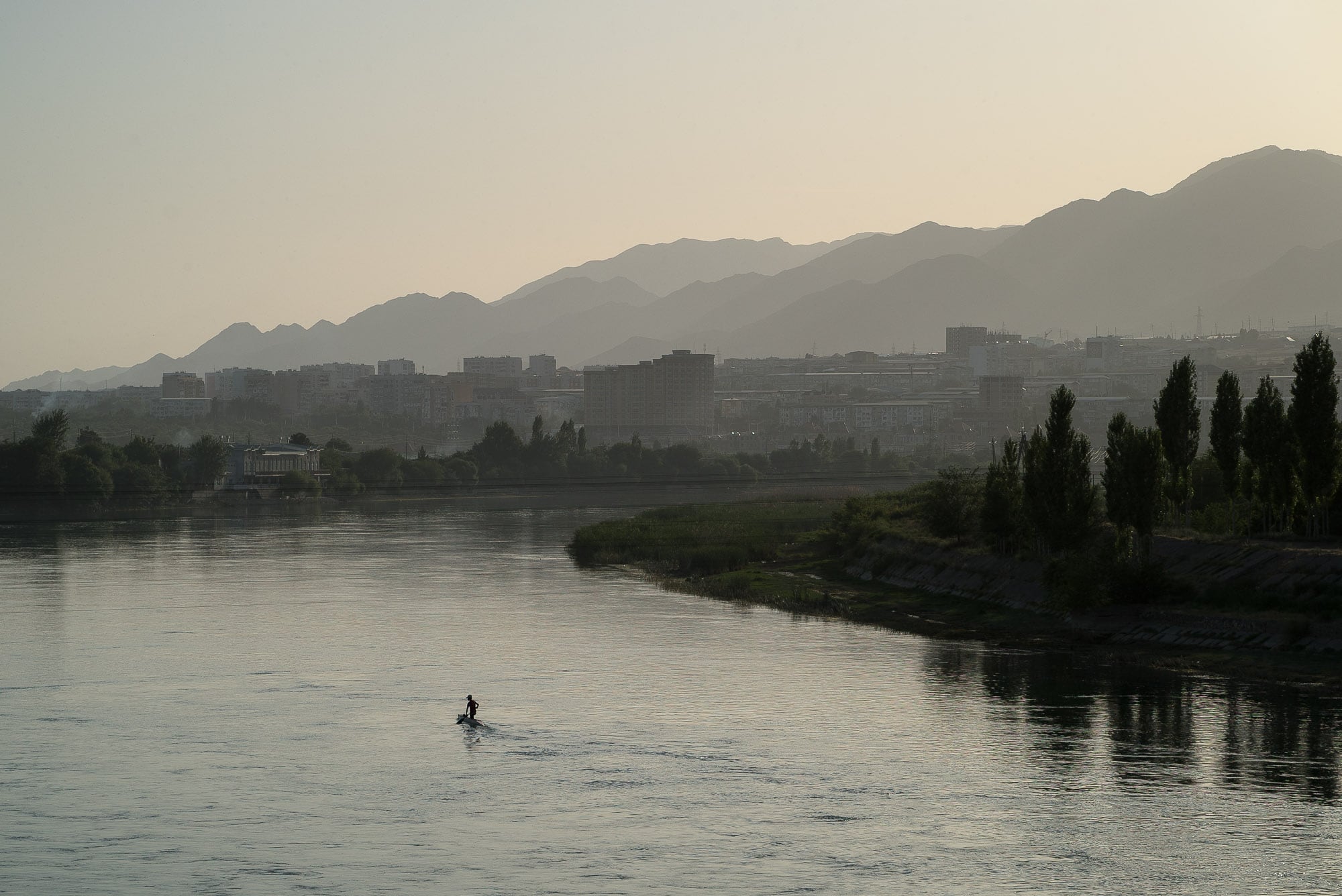 But alas! I was too tired to set up the camera and take any more time-lapse photos, so we just walked right back to our hotel.

I had taken a few shots before anyway:

And because the day was good and I was nice, I got a donut on the way: 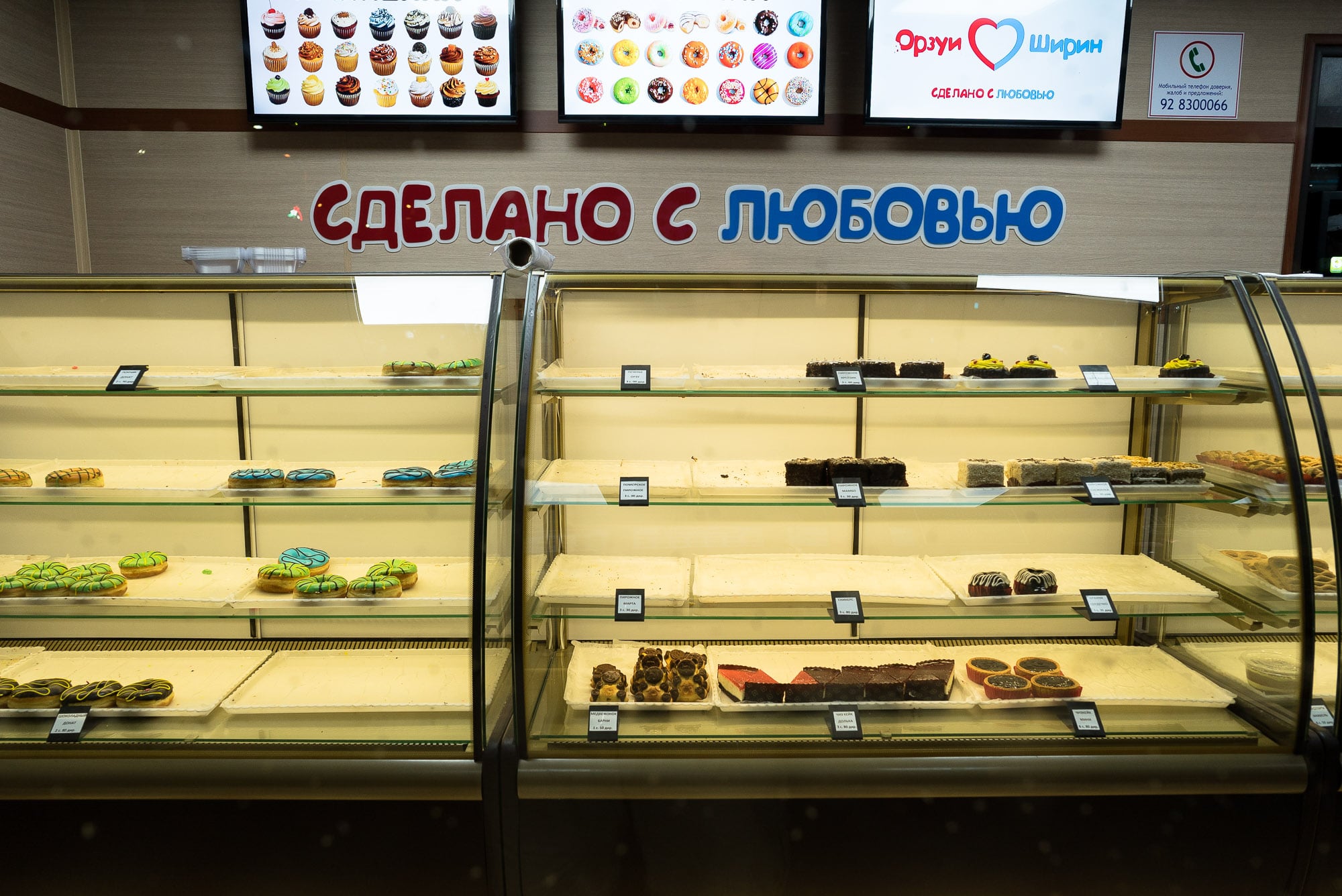 Or no, it was actually two donuts.