Since we had decided to spend our time looking around Central Asia, we started with the Jami Mosque of Andijan: 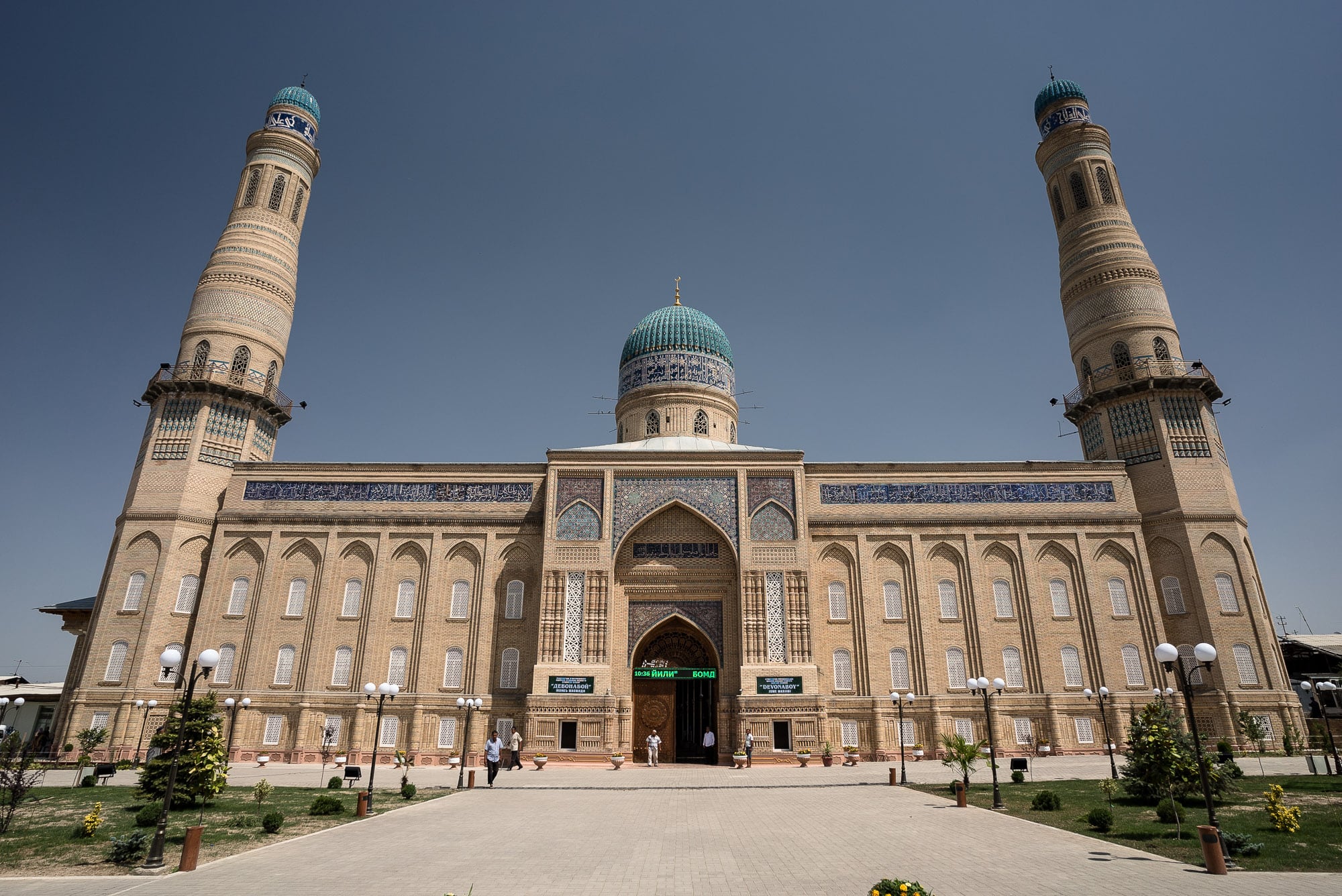 Like so many buildings in this part of the world, it seemed like a new structure that was supposed to look old: 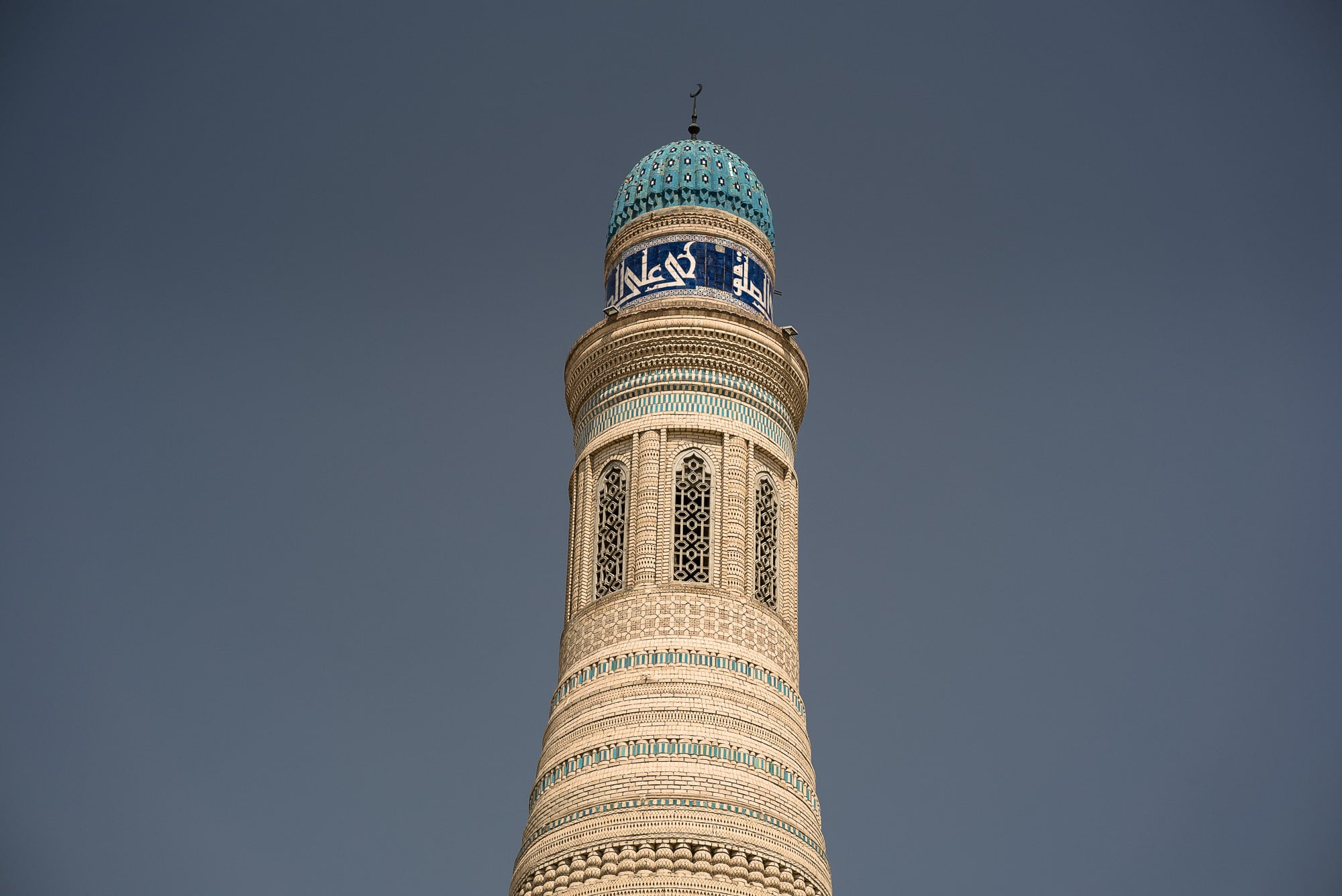 Even more so on the inside: 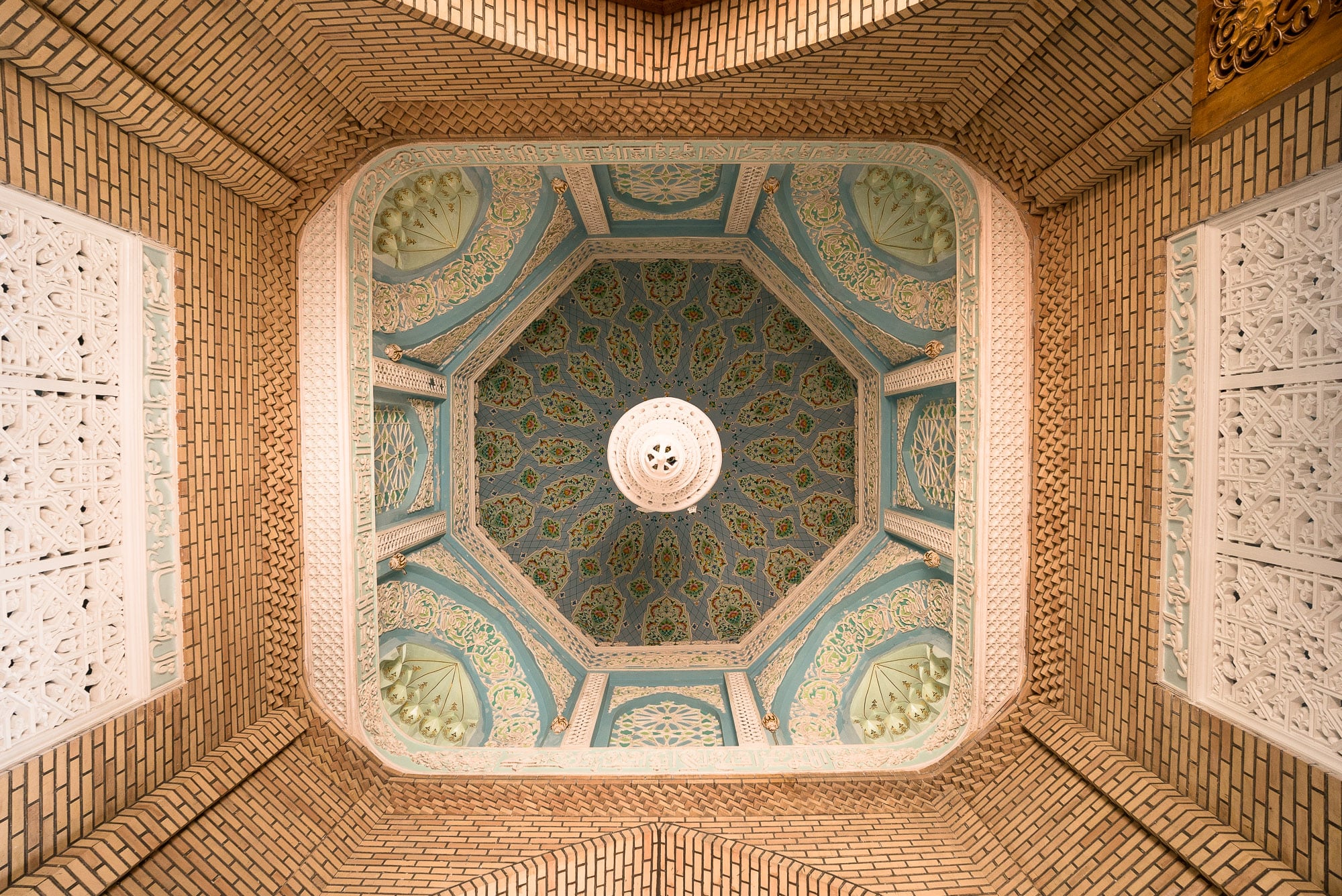 And parts of this “new old” were starting to go already: 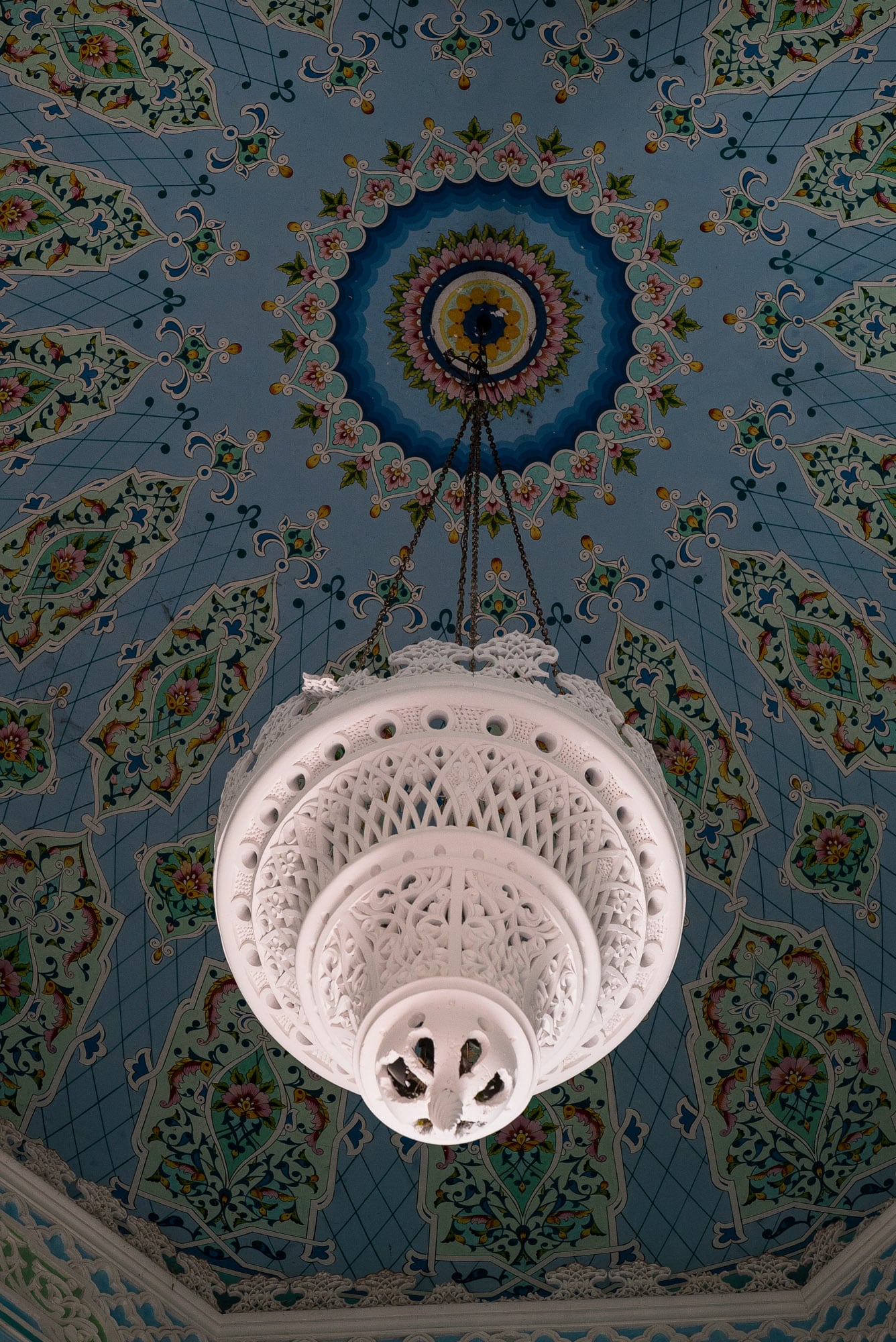 We went next door to the Jami Madrasah: 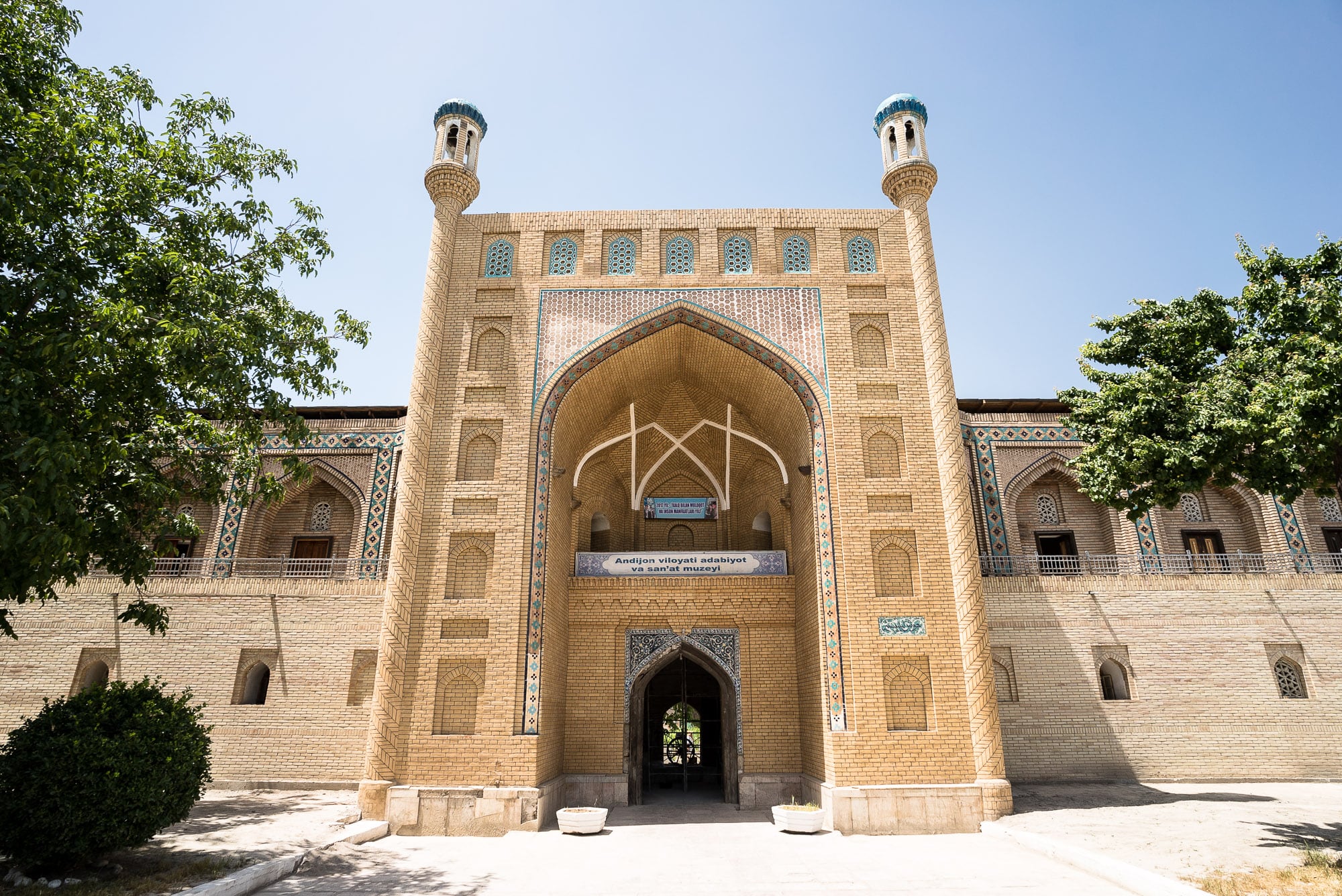 A group of men were setting it up for renovation work: 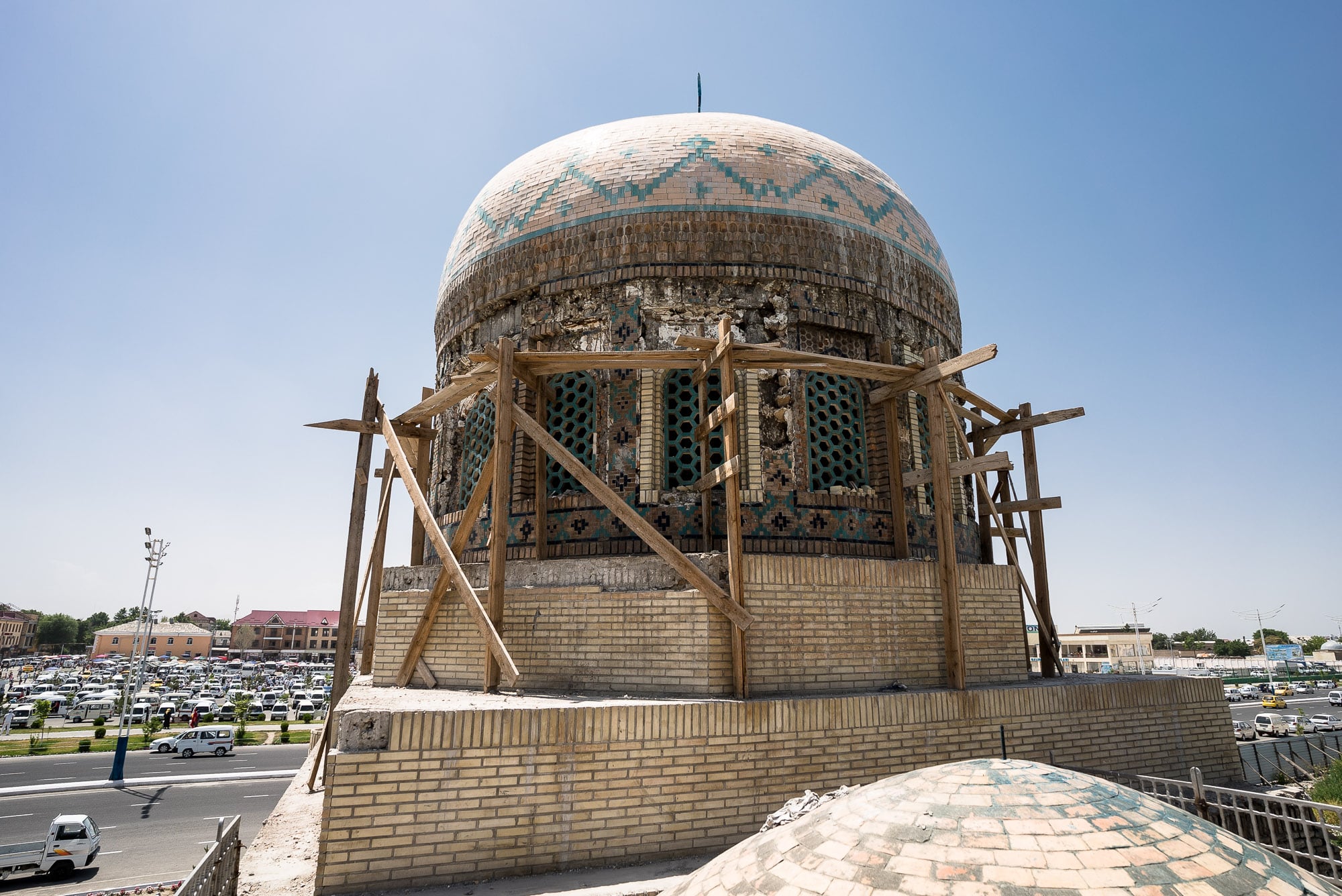 It would look new and shiny soon. And maybe a little bit soulless.

The workers had a clock in one of the trees: 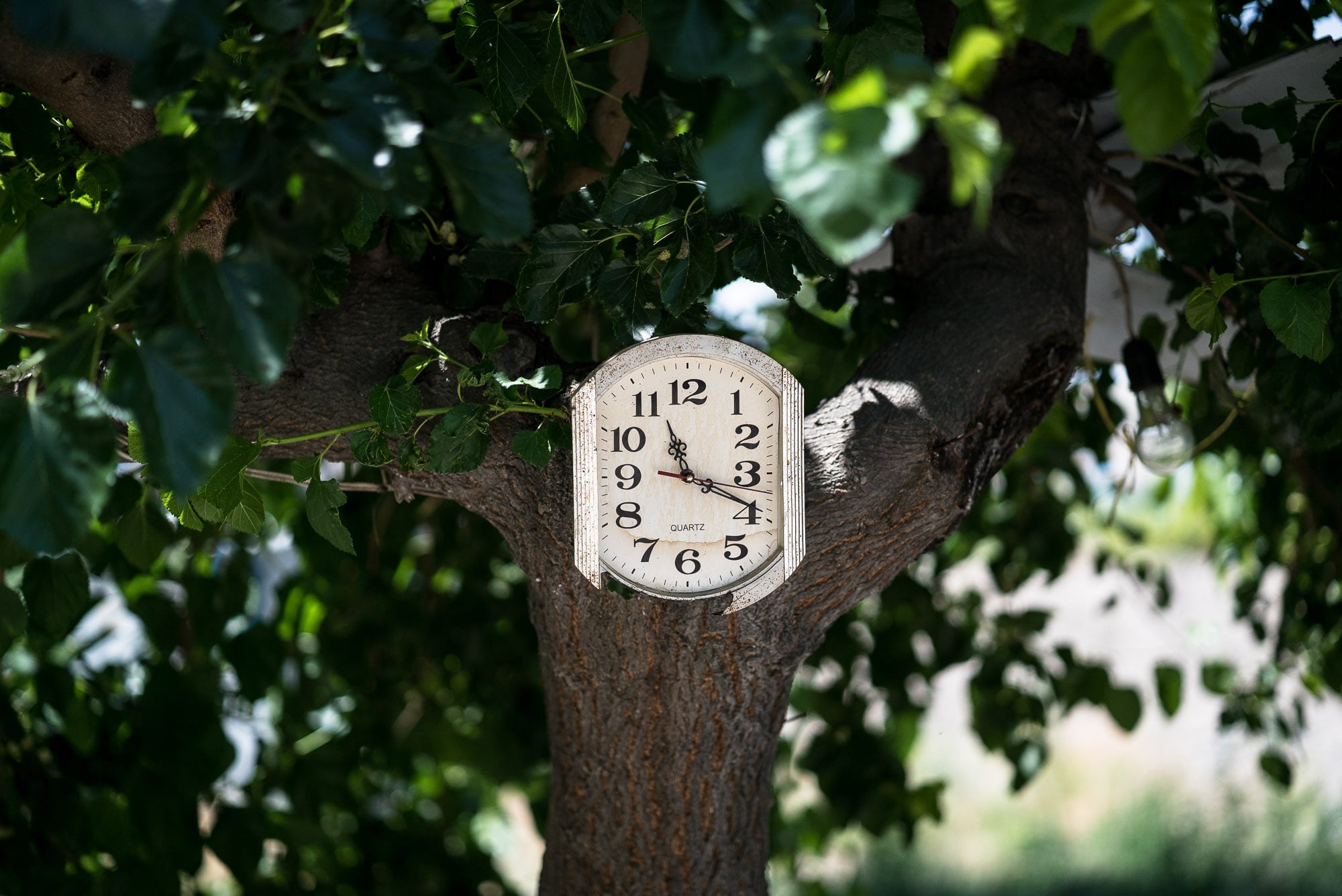 And they had wooden beds and eating utensils: 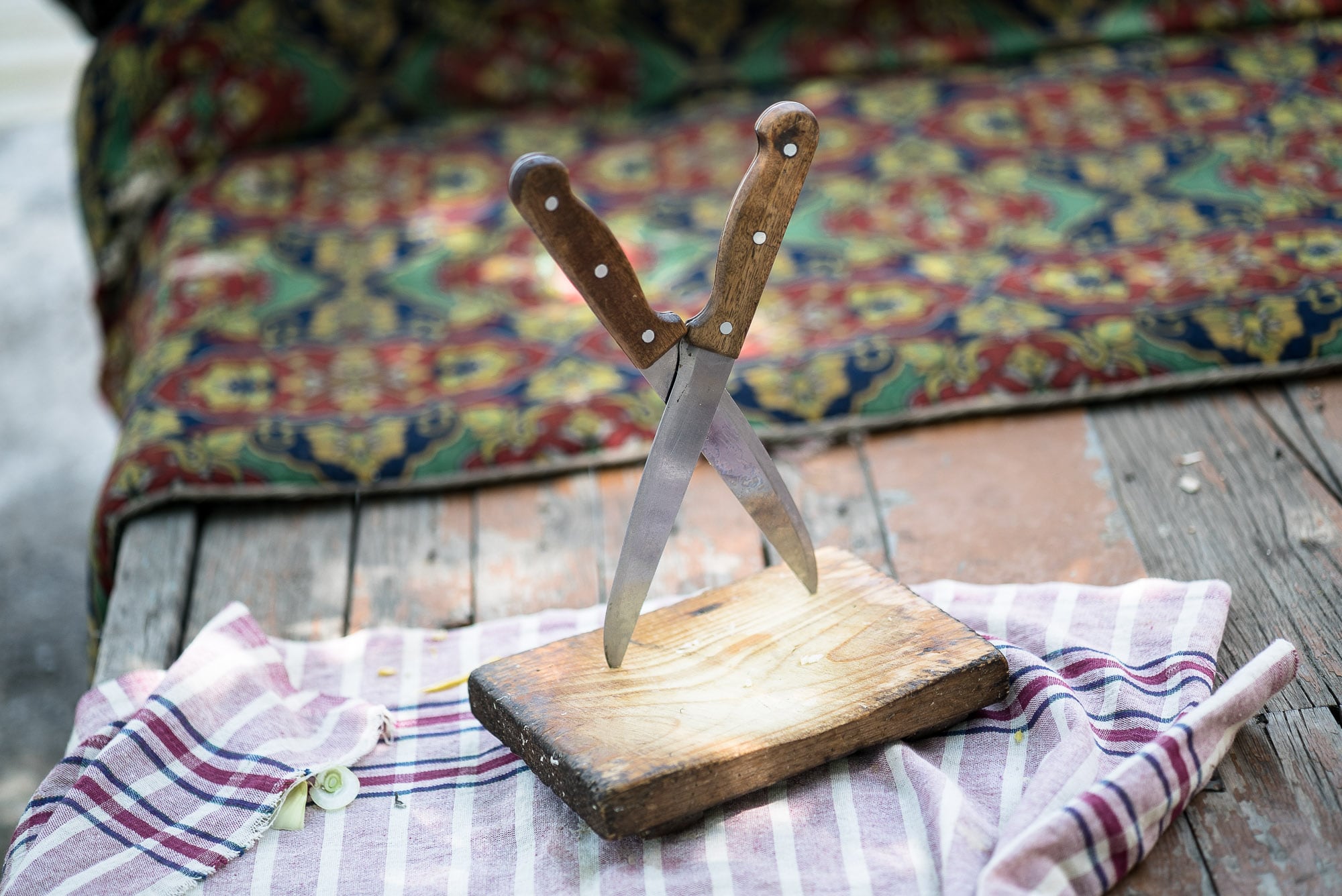 We walked around for a little while, marveling at the destruction around the old minaret: 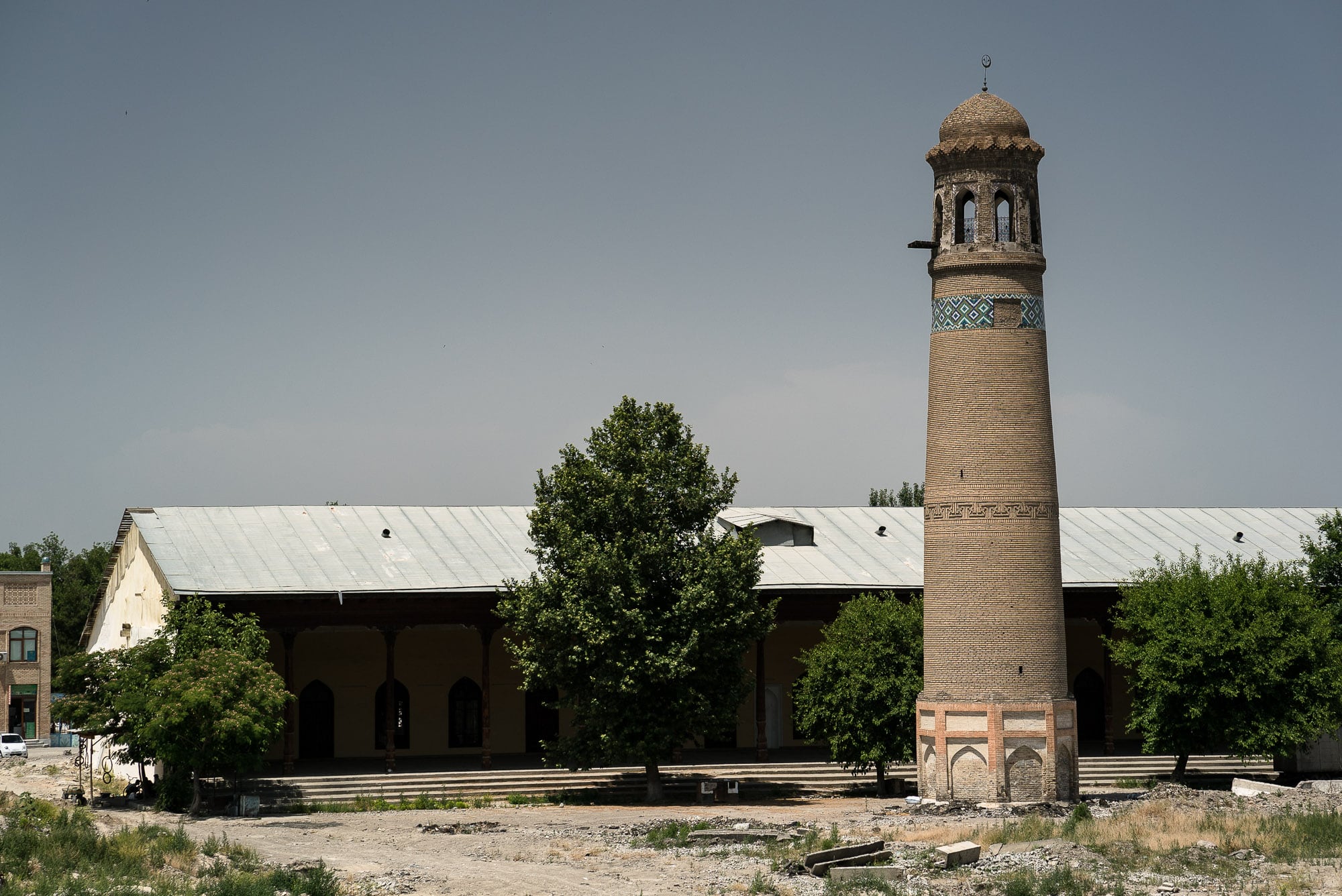 There was something tragic about it all: neglect led to demolition, demolition led to reconstruction, reconstruction led to neglect. And the original character got lost in the process, turning the new “old” mosques and madrasahs and minarets into semiotic versions of themselves that Umberto Eco would have probably called a form of “hyper reality”.

In times long past, a voice had called the community to prayer from this tower five times a day: 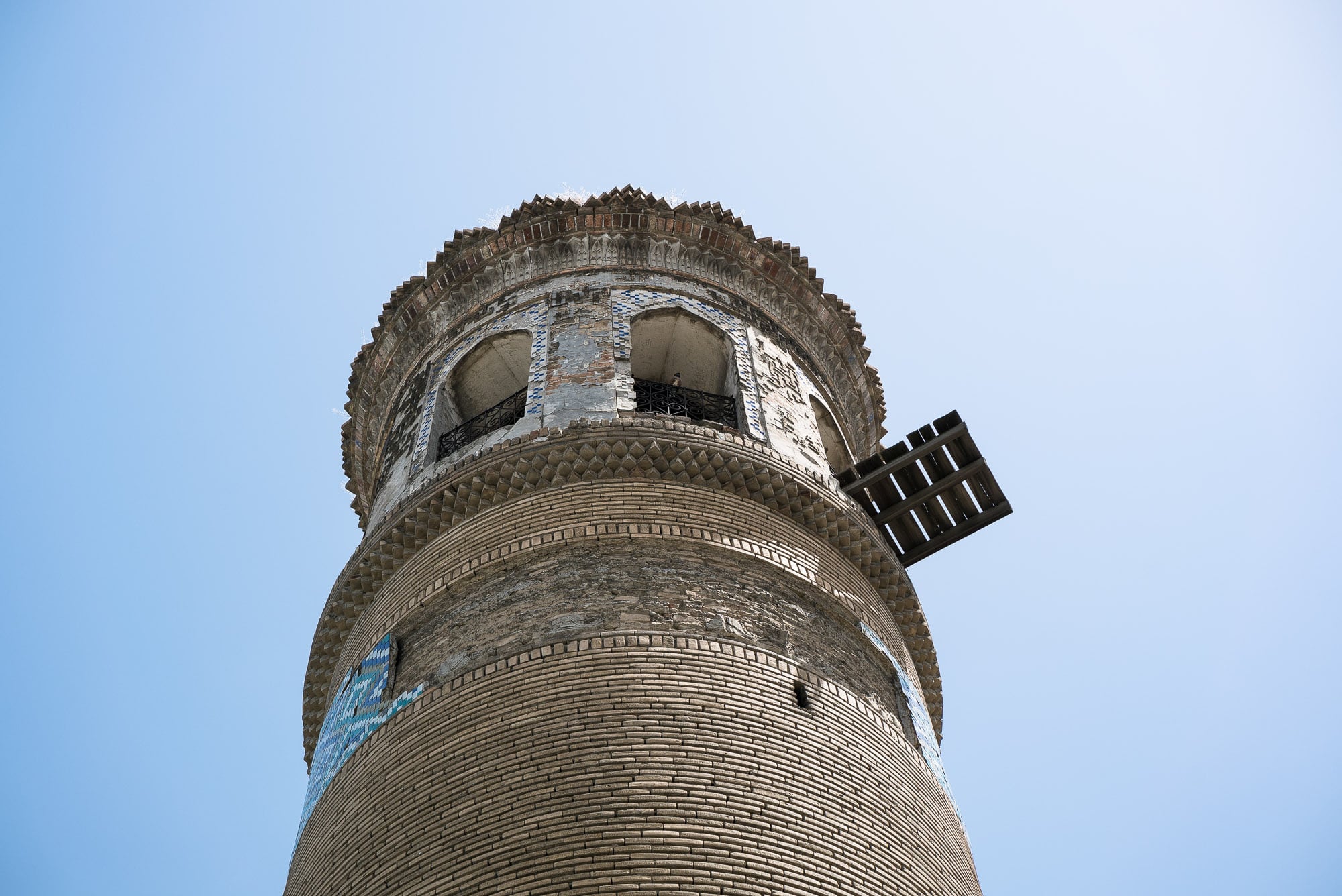 And people had gathered under this roof: 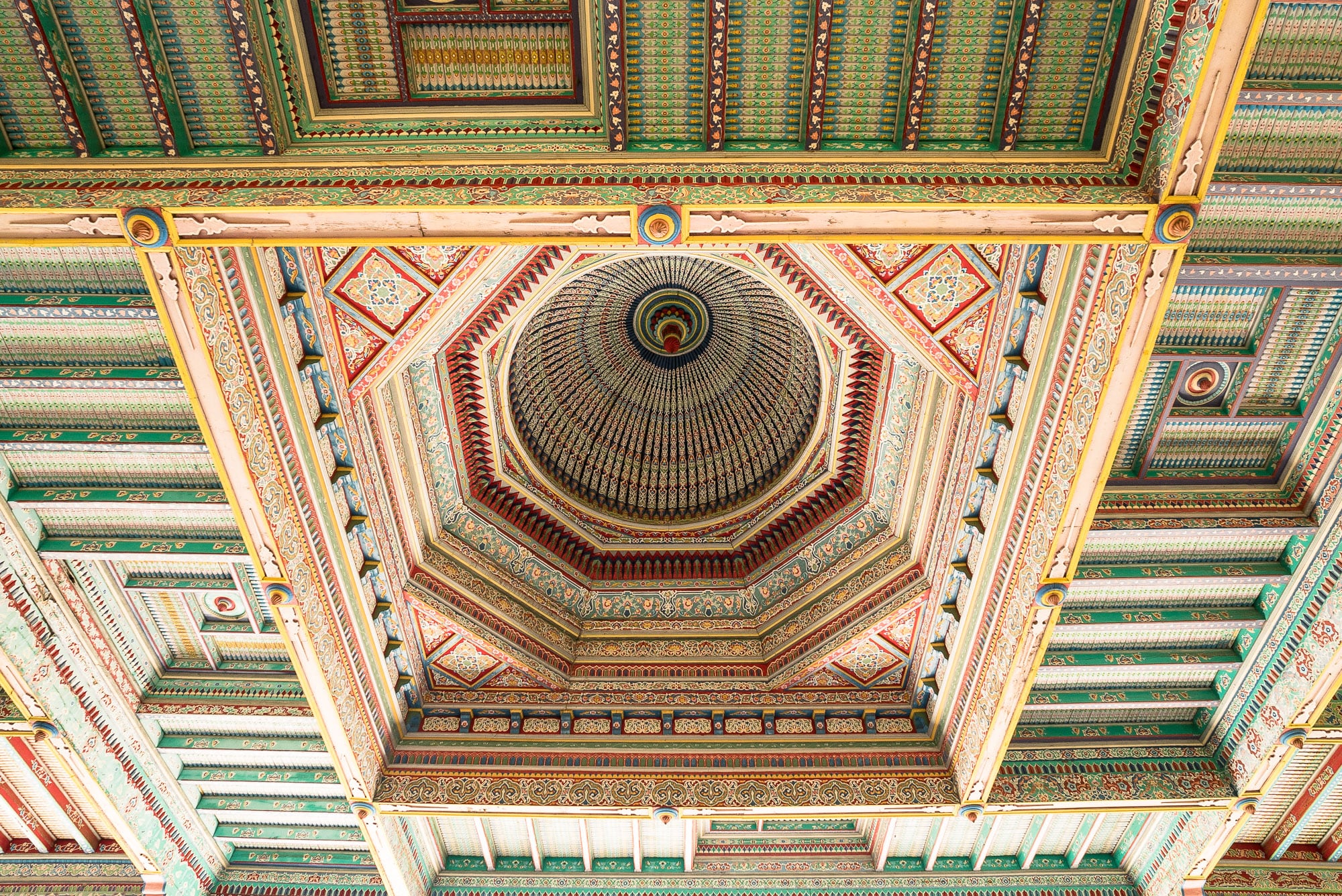 Now they lay deserted, waiting for their rebirth.

We continued on to Babur Memorial Park: 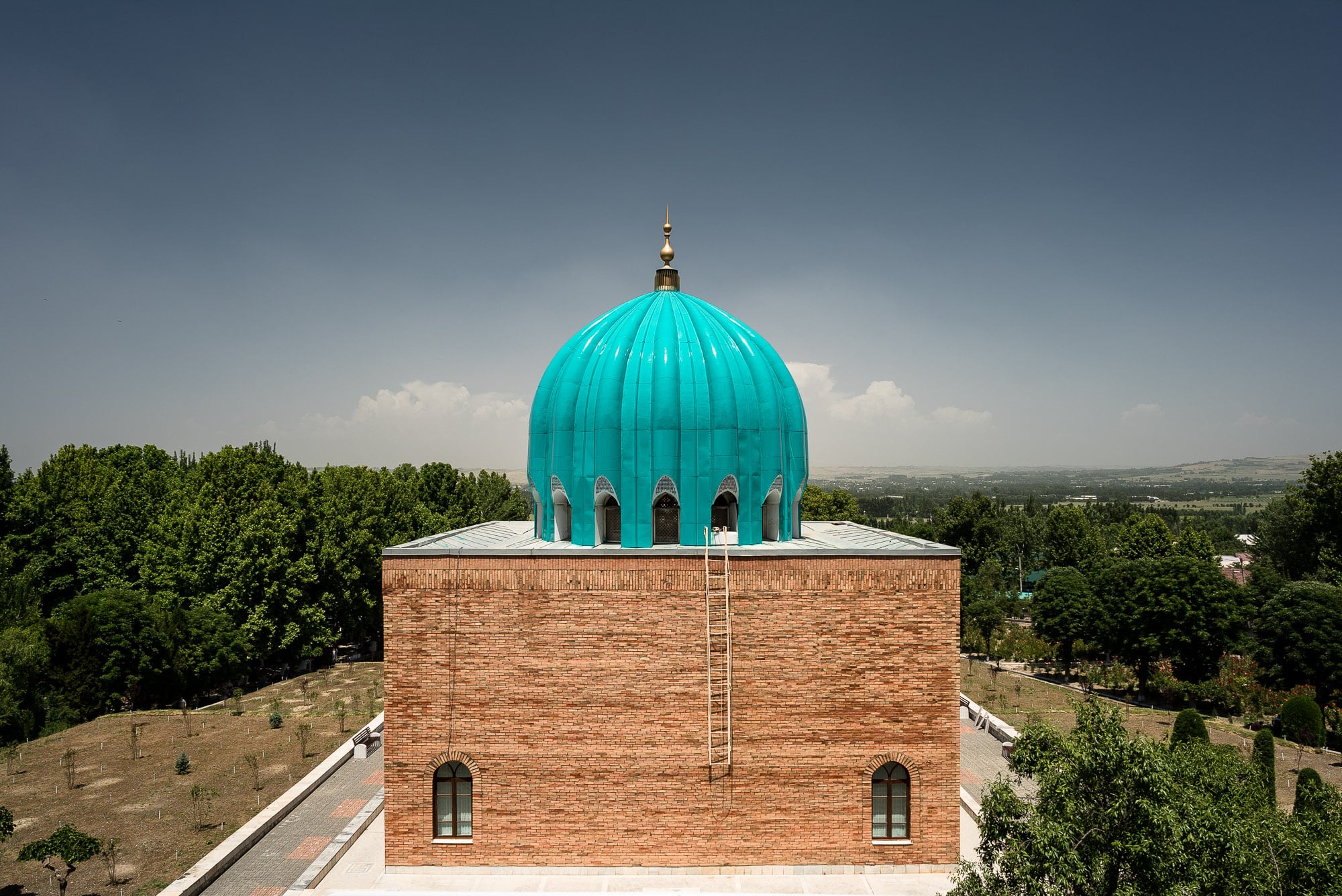 Babur, a descendant of Timur from the late 15th century, was the founder of the Mughal dynasty in India. And he was originally from here.

We ran into a group of ladies who were resting in the shade: 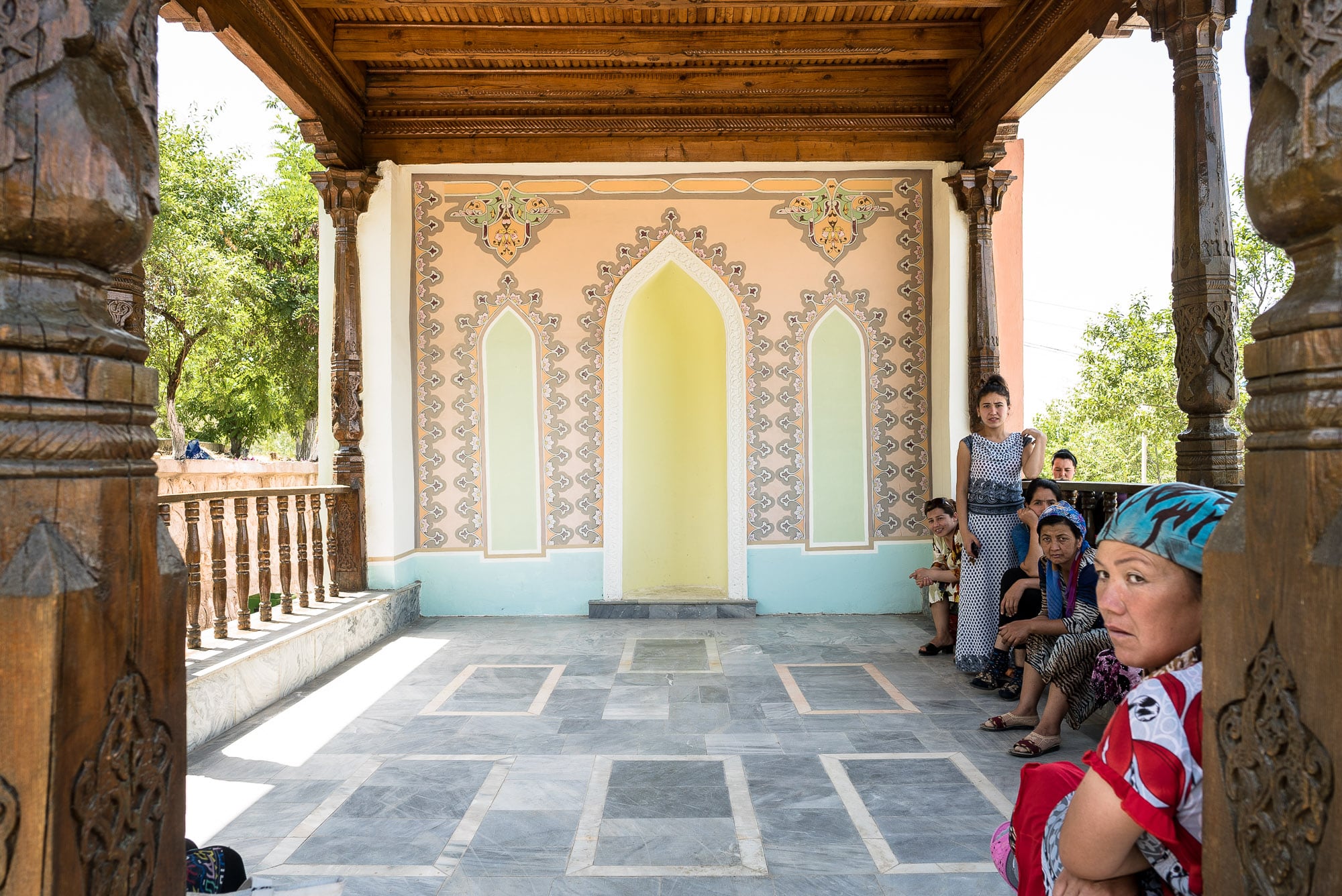 They explained to us that they had been ordered to make the park look nice. Pick up the trash. Get the flowers in order. Cut the grass.

For the President was coming.

He was scheduled to take a walk in the park the next day, so everywhere people were working frantically: 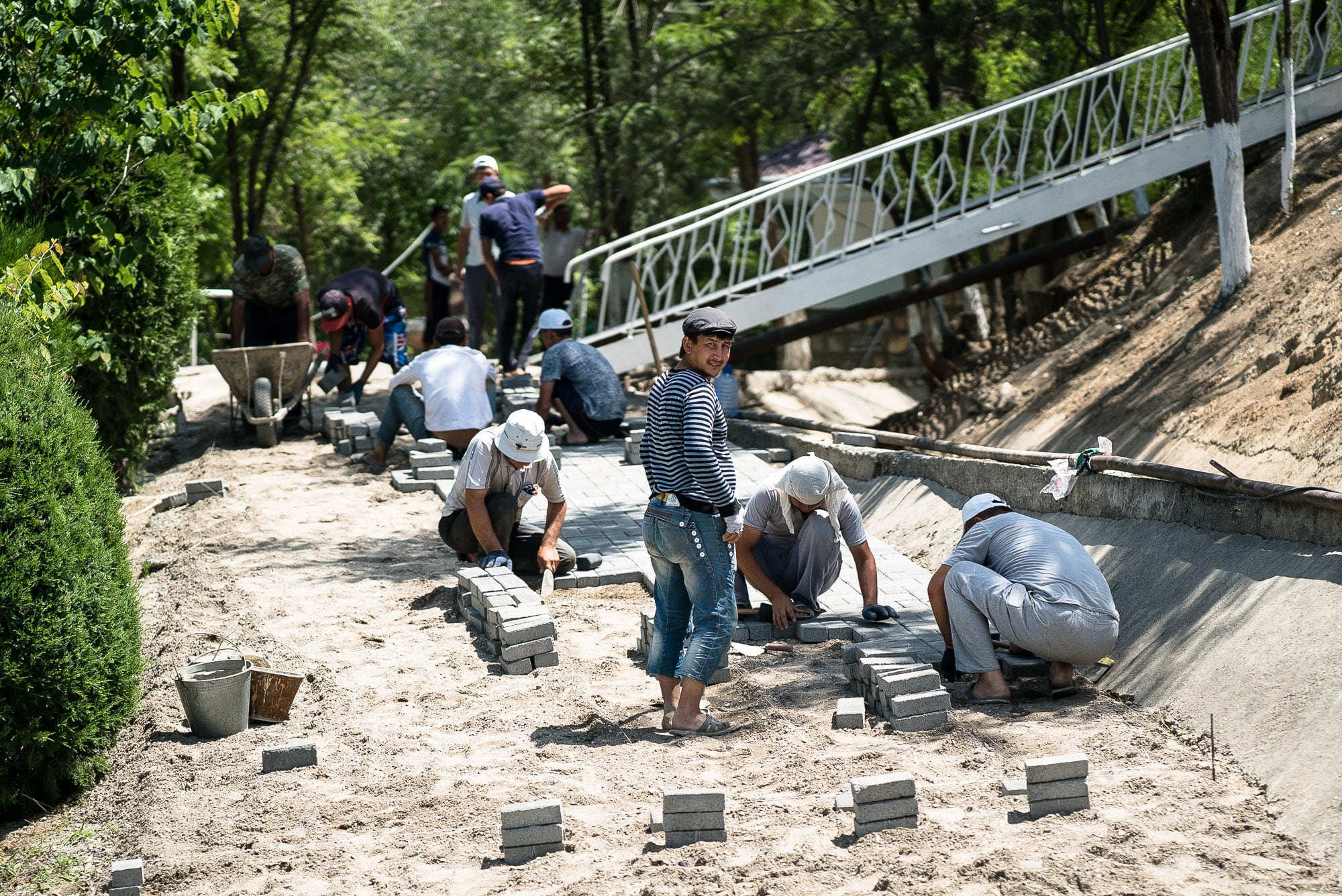 They, too, seemed to be working on a version of reality that didn’t really exist.

We decided to get out of their way and leave: 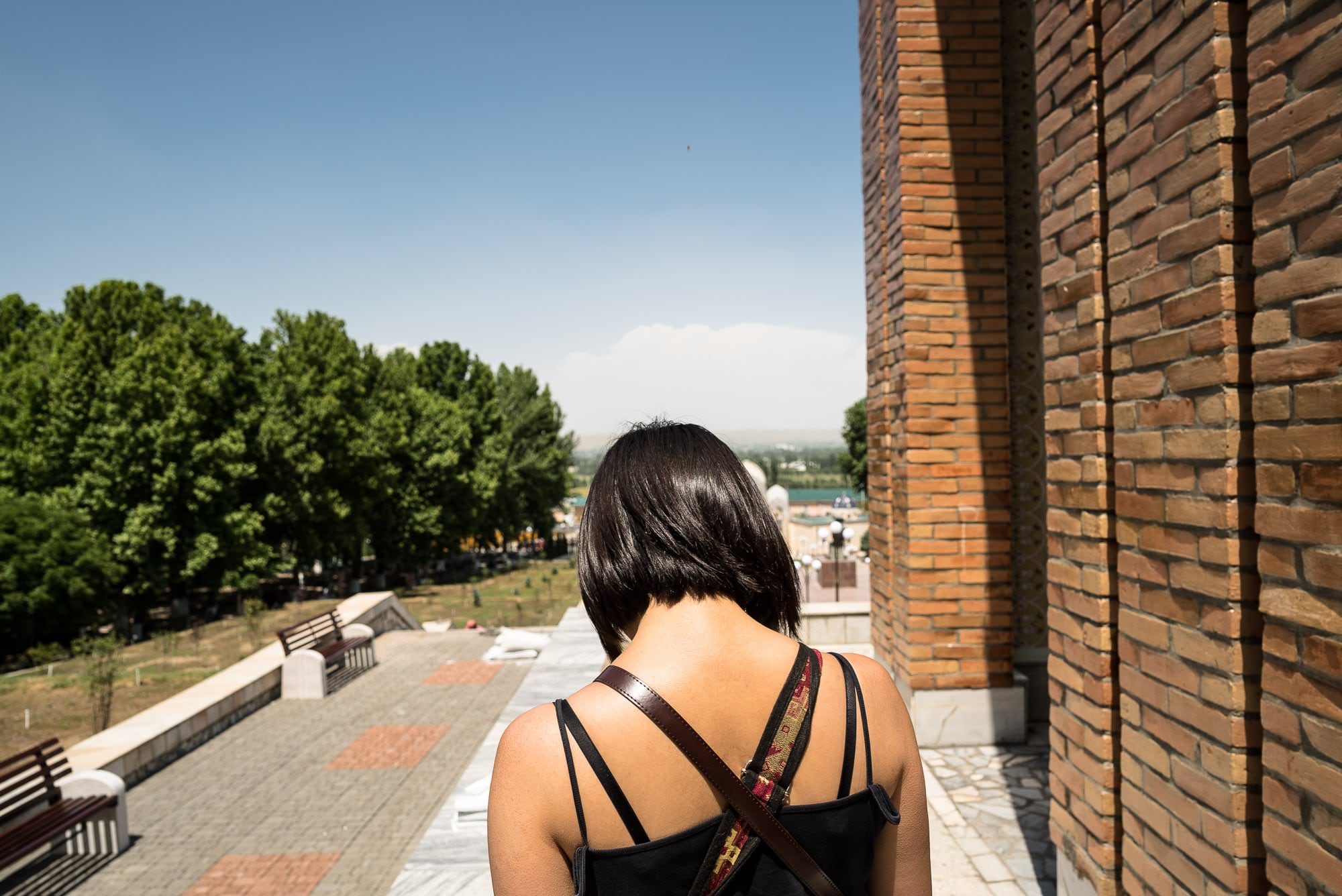 It was time for lunch anyway, so we went and had some fried fish: 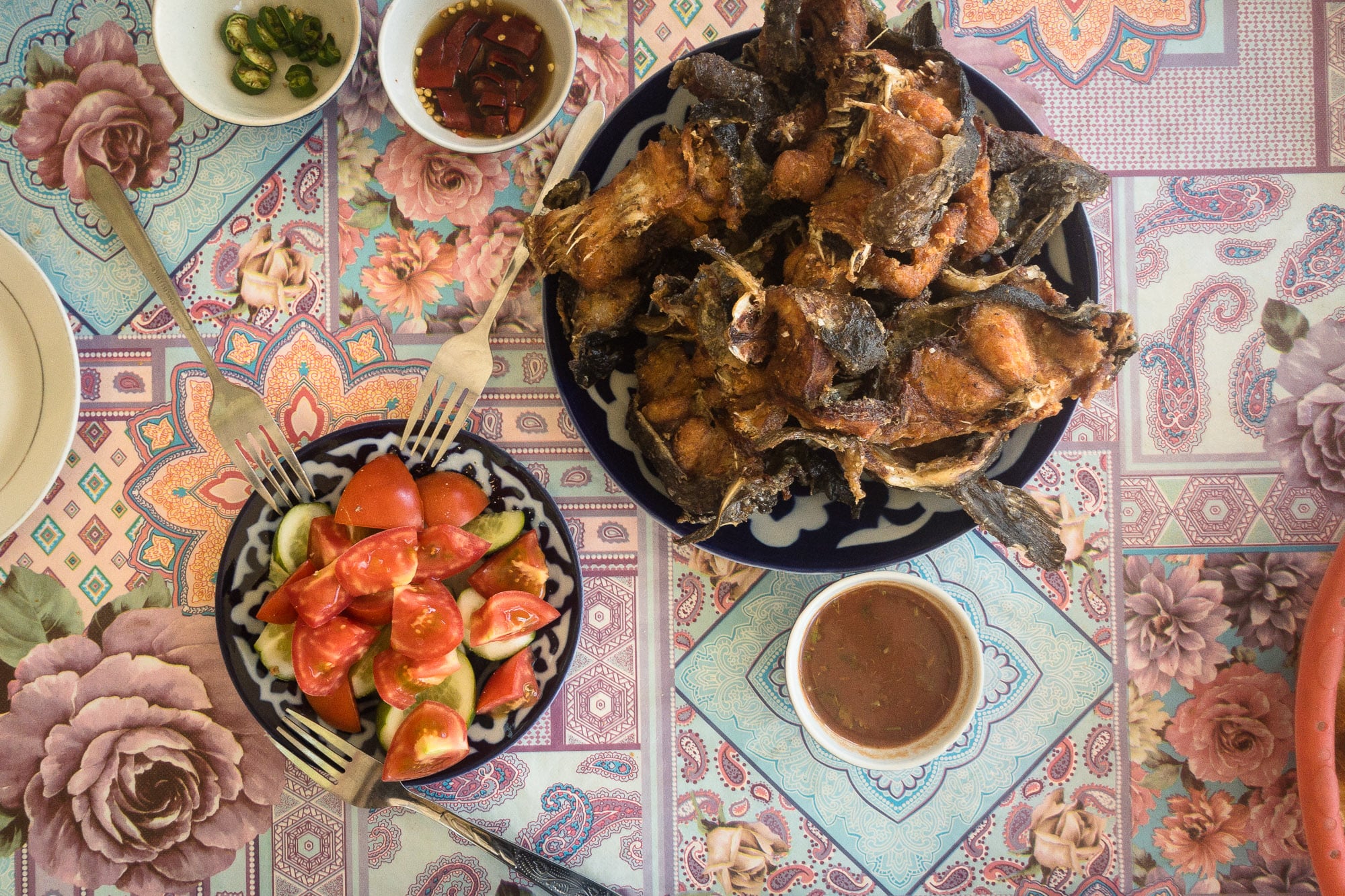 To me, fried fish has always been one of the best dishes in Central Asia, especially near the mountain lakes of Kyrgyzstan. This particular restaurant consisted of little huts that were built on top of a canal: 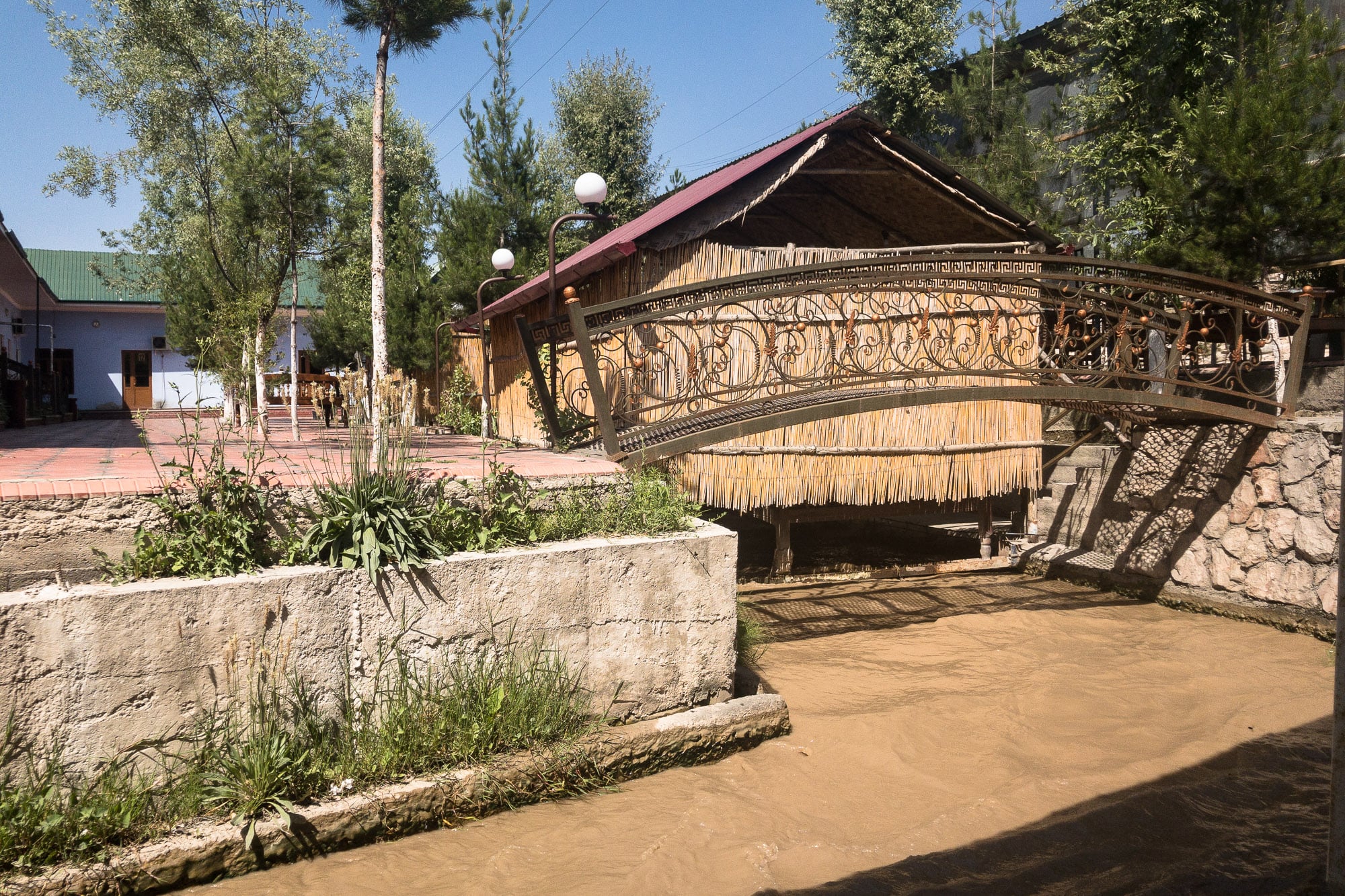 The restaurant had its own bakery: 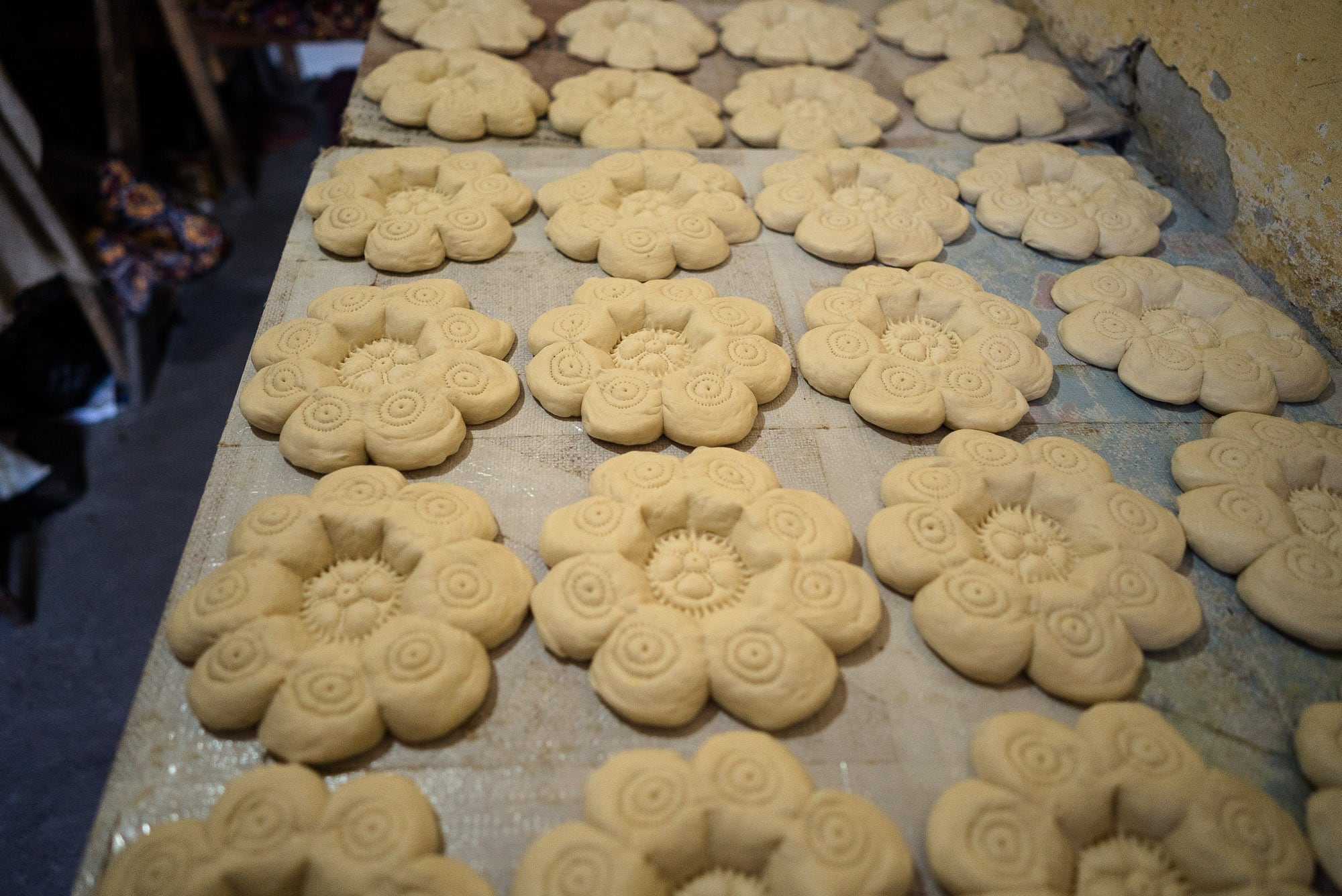 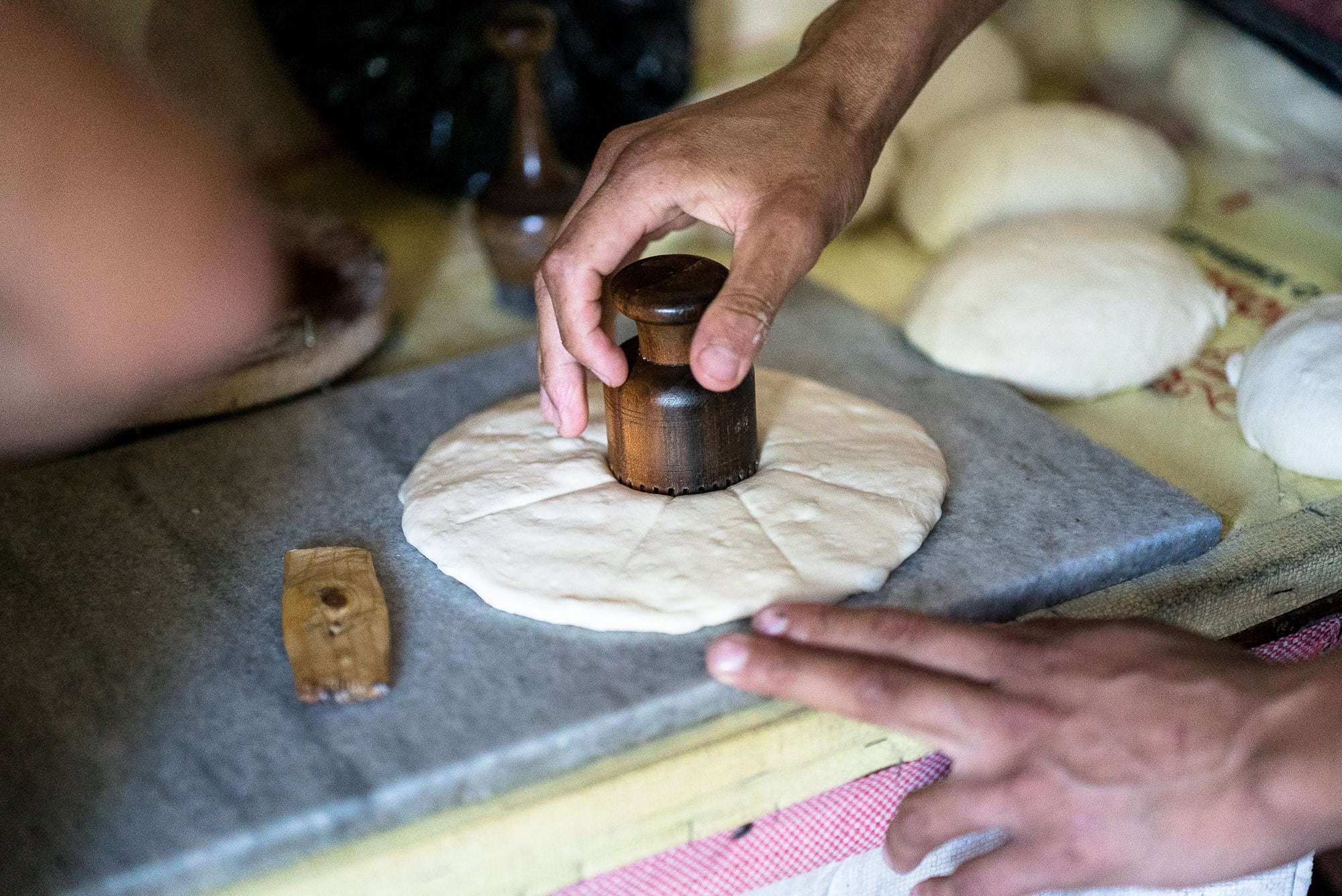 Here’s how they gave them their shape:

Being super busy tourists, we didn’t wait for the bread to come out of the oven. Instead we went on to look at a traditional silk factory in another town called Margilan: 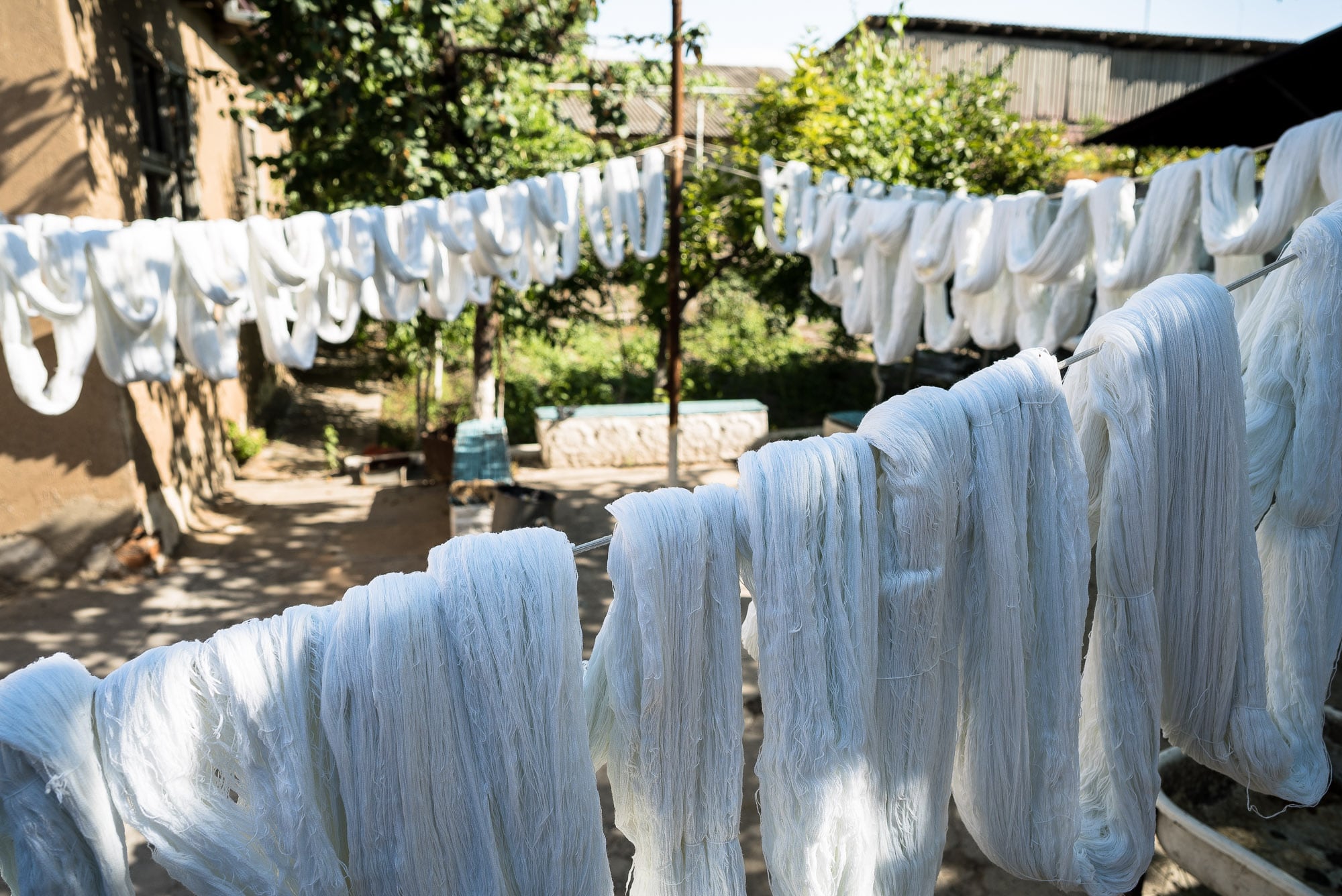 They had everything there, from silk worms to silk dresses. And they had what seemed like people performing the act of silk weaving: 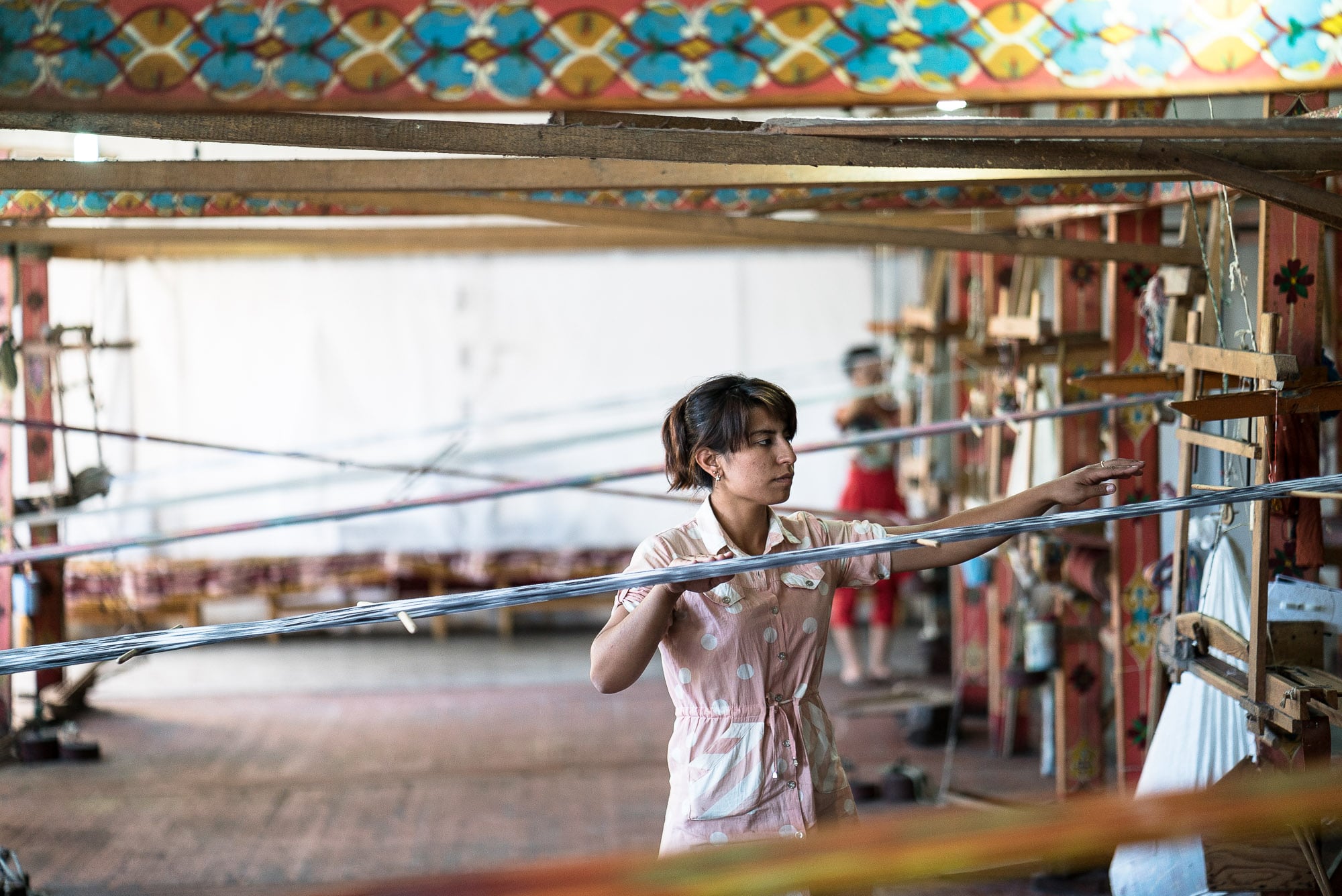 And by “performing”, I mean that the whole place seemed rather empty, but there were four or five ladies that were going through the motions of silk weaving: 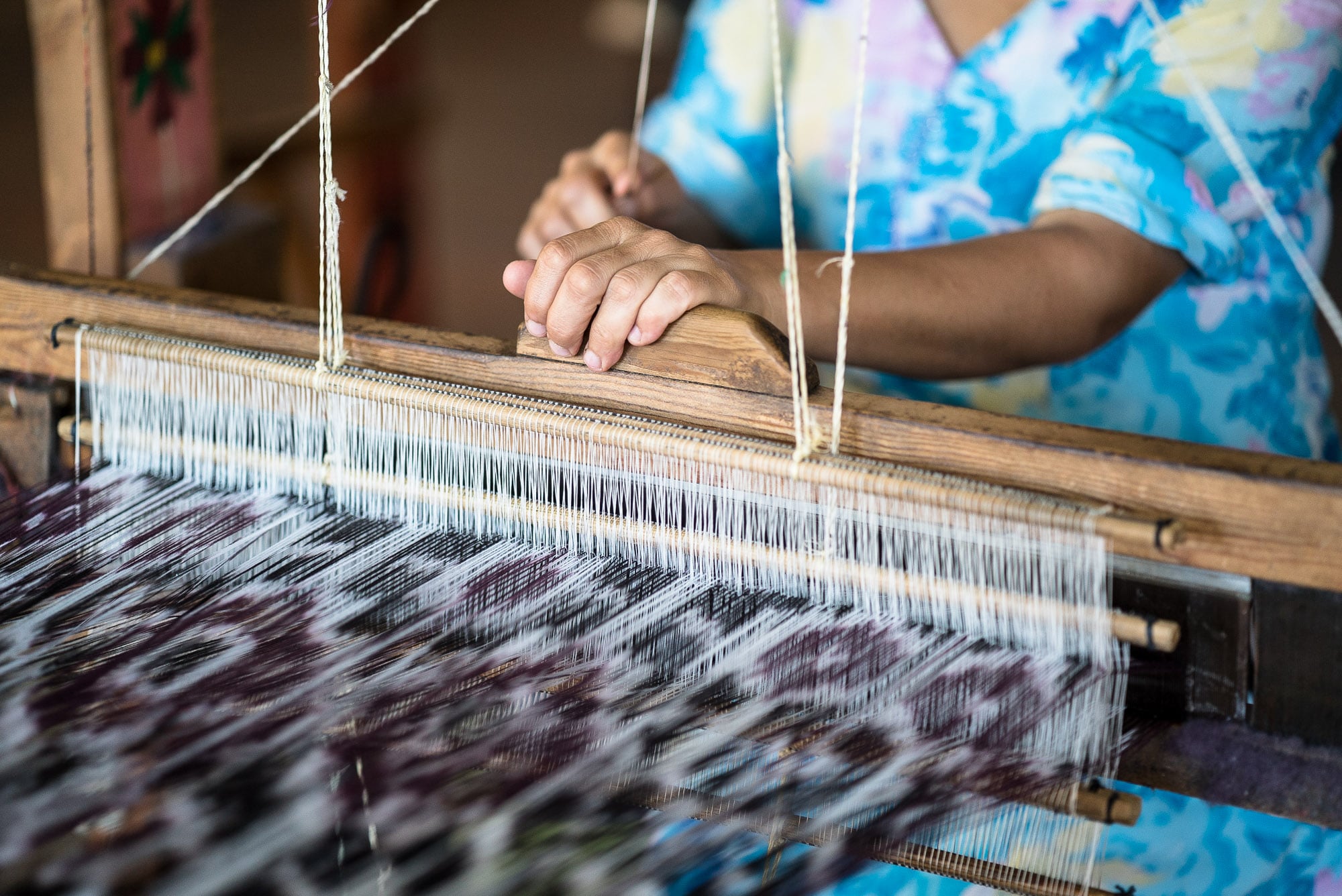 It felt like they were never going to get done weaving all the silk that was on this ball: 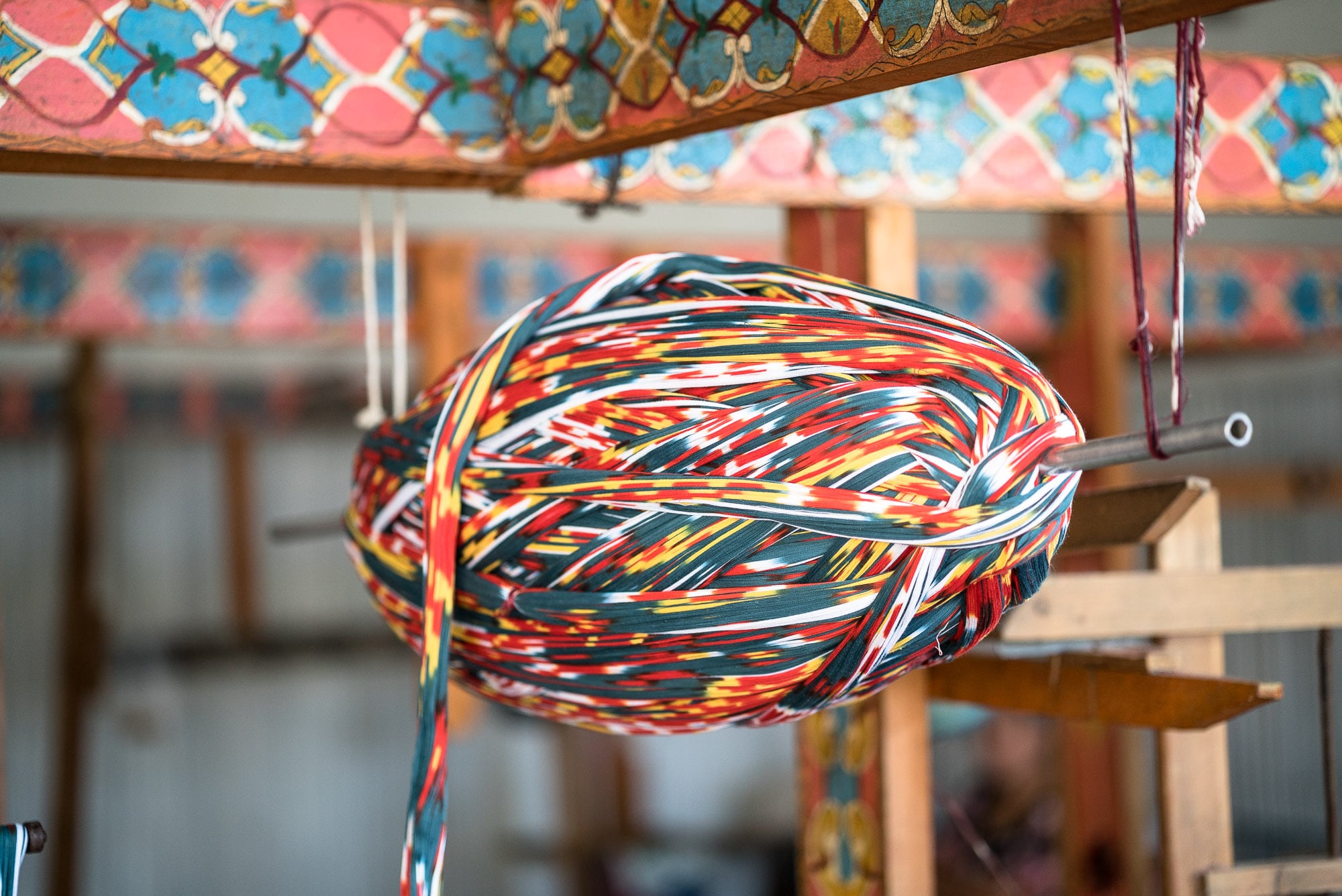 But maybe that wasn’t the point anyway: 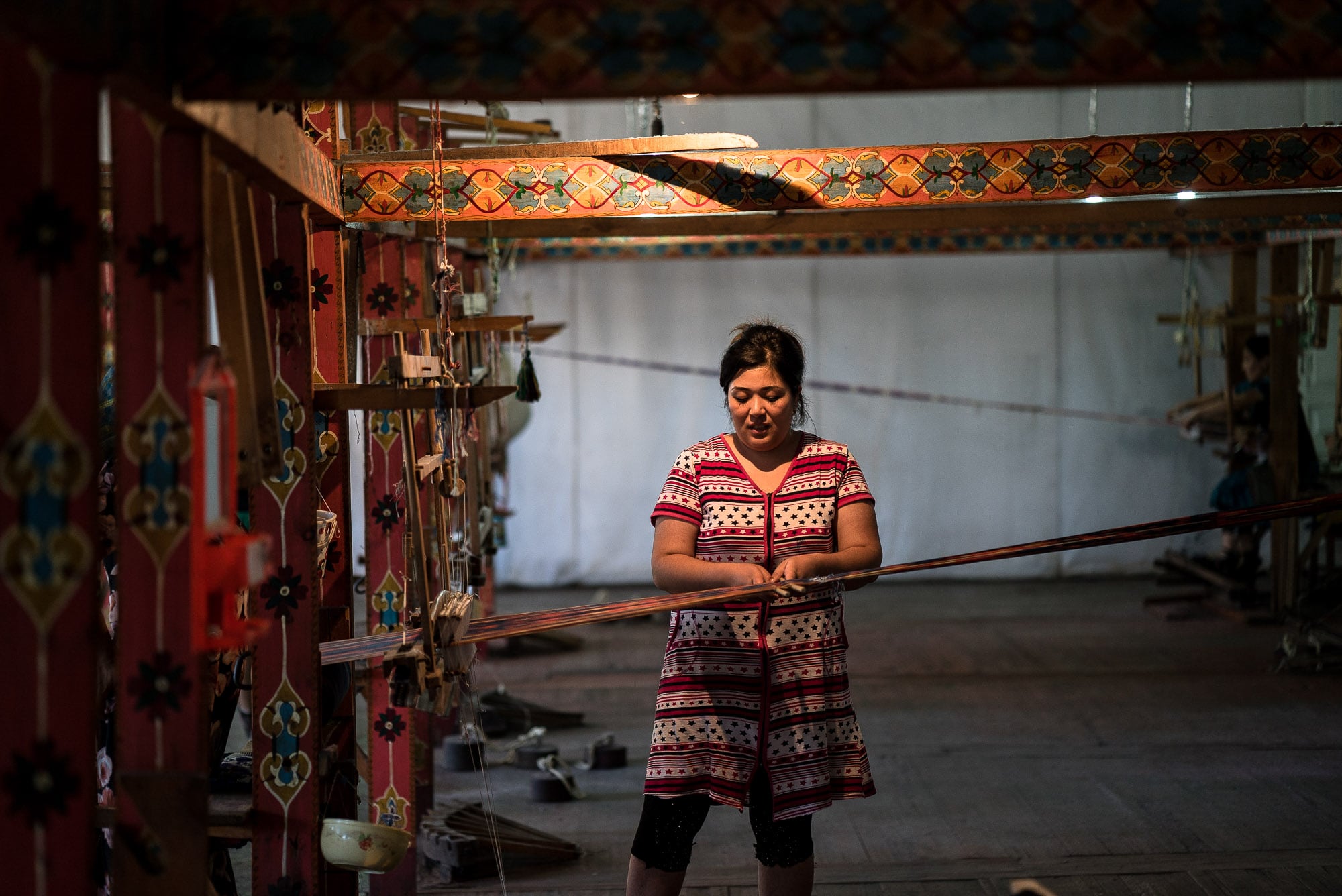 When we arrived in Kokand, it was already getting dark. We took a little walk around town and found an amusement park: 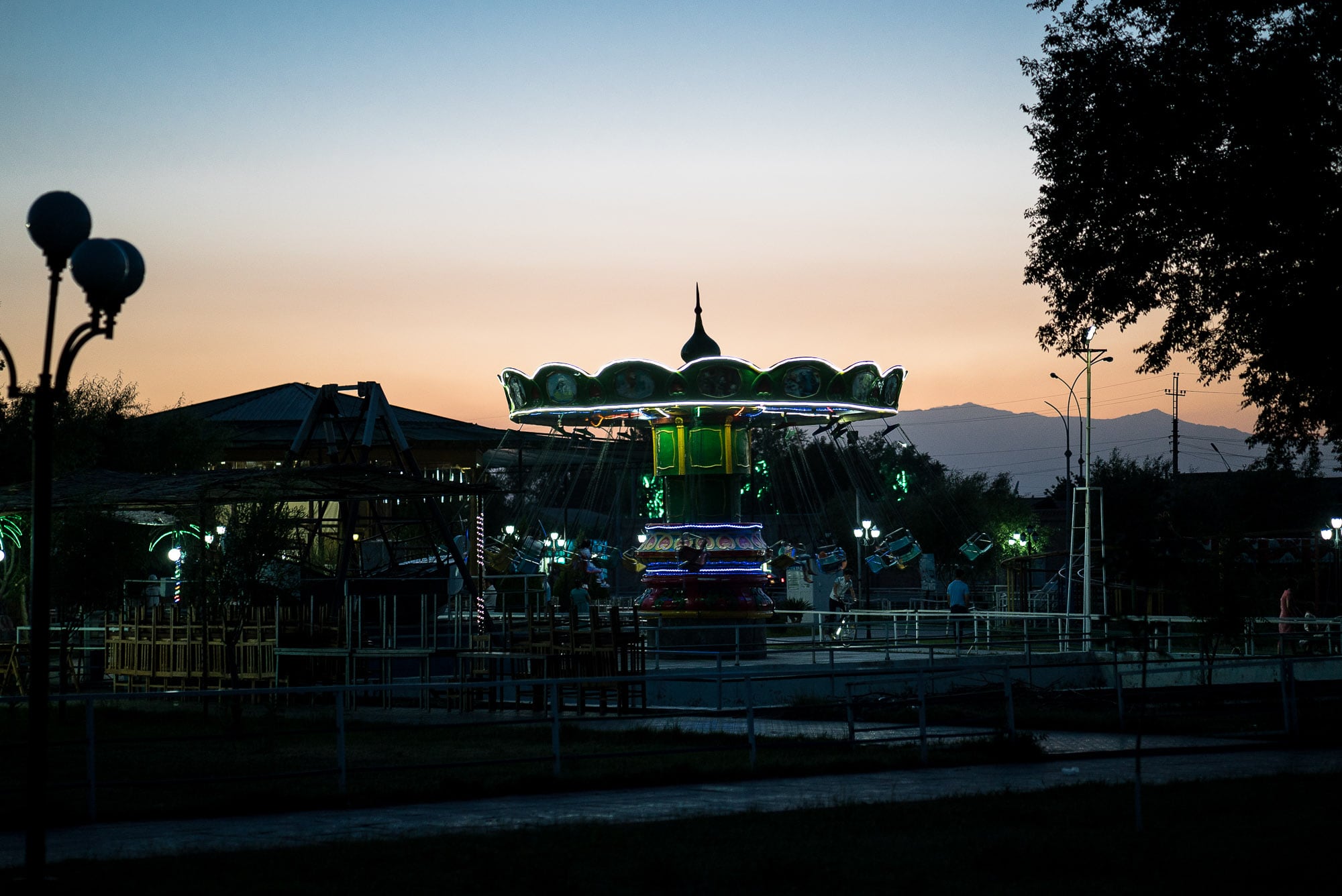 This is a rather charming feature of Central Asian cities: almost all of them have amusement parks. They might not be big, and they might not be spectacular, but they light up at night, and many people go there to have fun.

They always have popcorn stands: 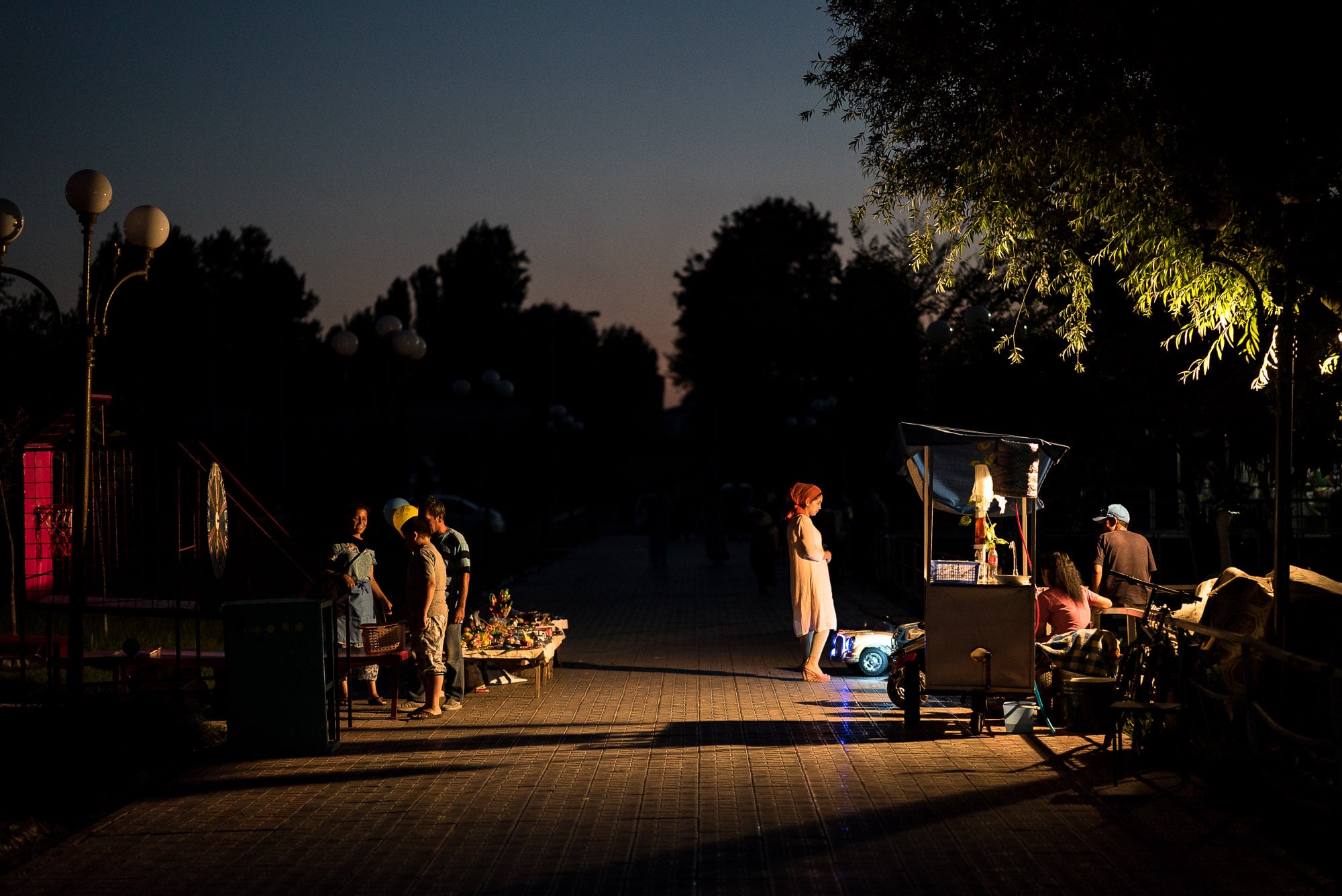 And little toy cars for kids to drive around: 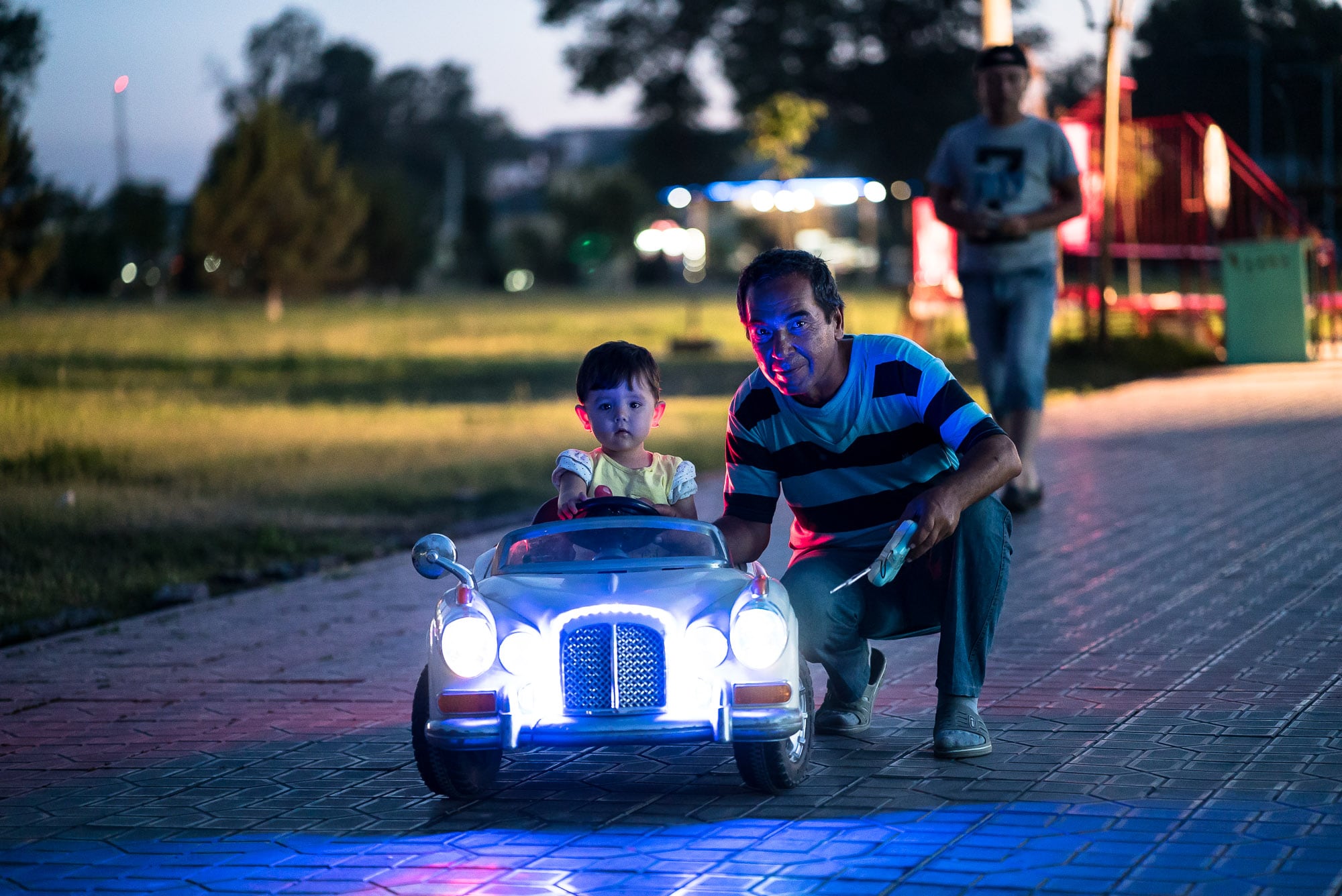 There are places where grown-ups can sit around and drink beer: 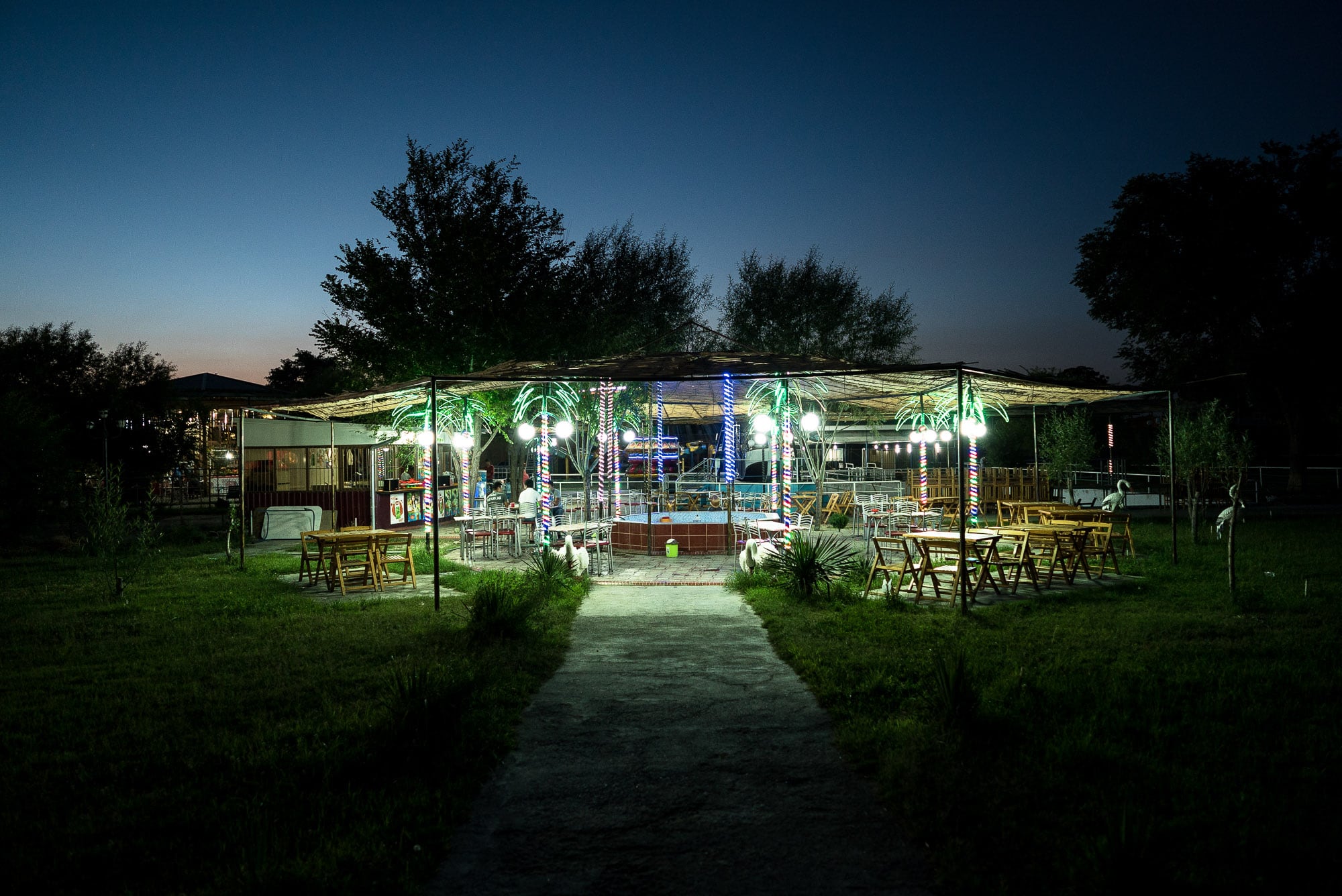 And then there are the rides: 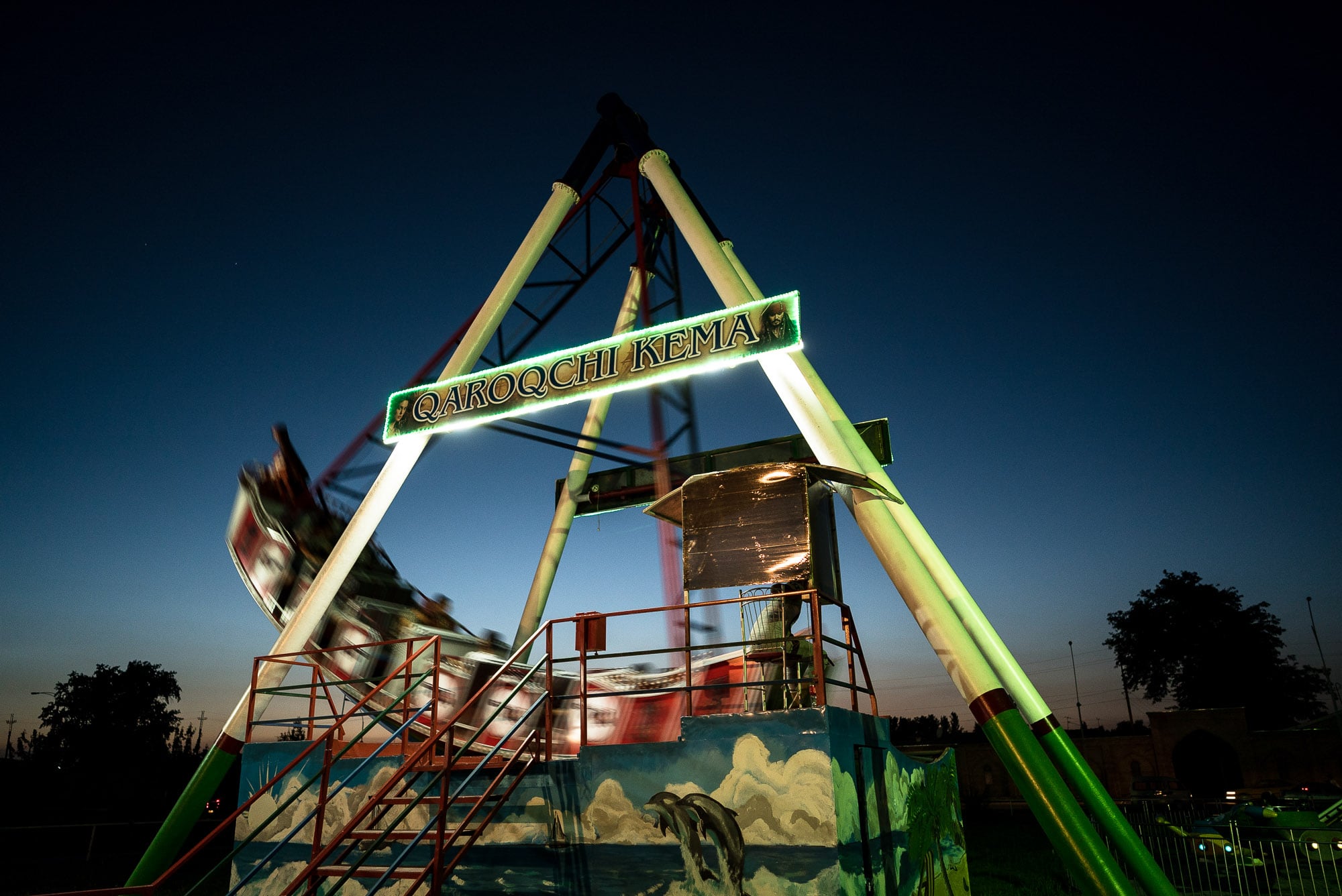 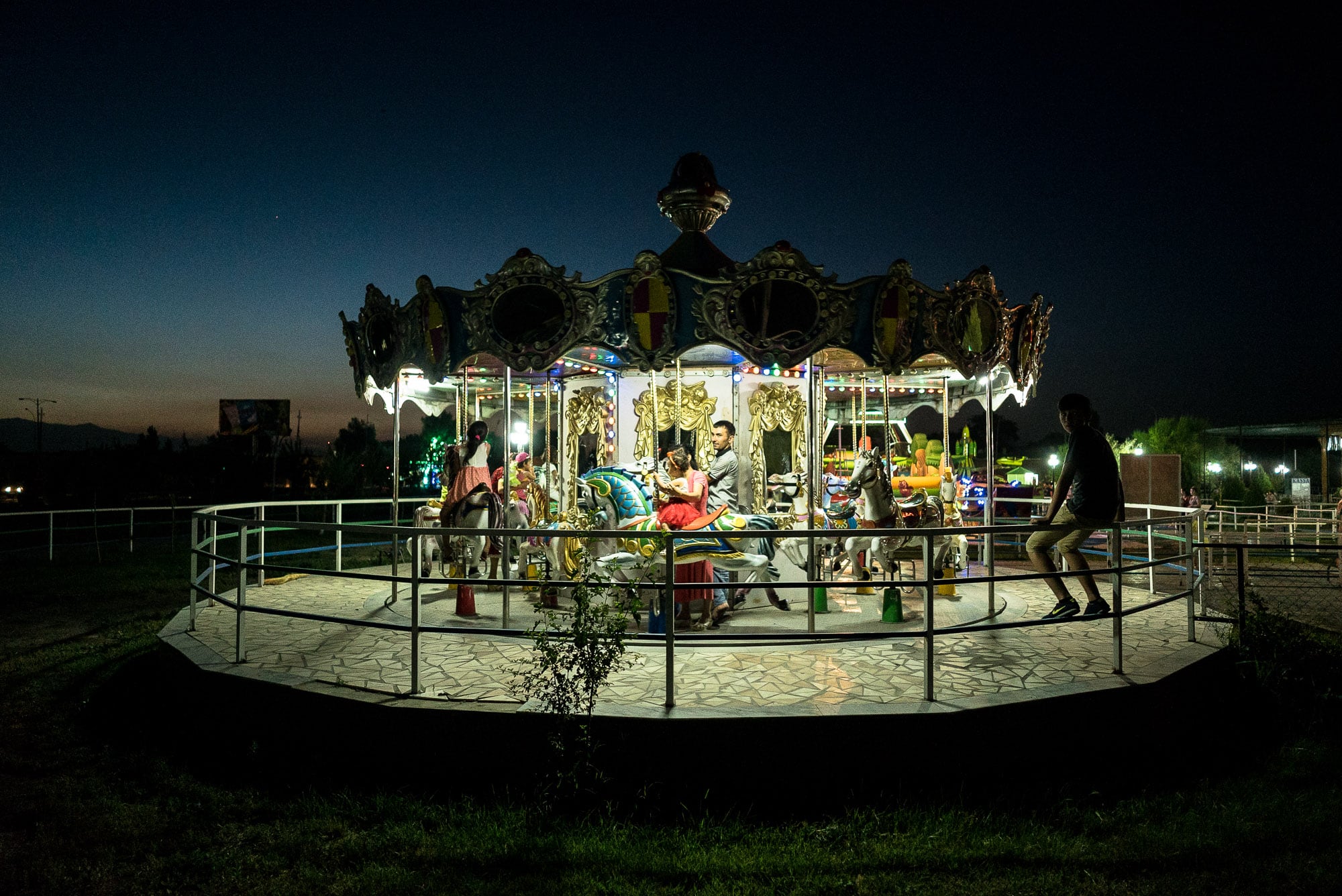 Not the worst place to hang out on warm summer nights.