My plan to get a tourist visa for Turkmenistan was still in effect. I had found a very capable travel agent from Ashgabat. His name was Babageldi, and he seemed like a great guy. I felt optimistic.

But all I could do now was wait. And I wasn’t alone. She had come to Uzbekistan to pass the time with me, and she had decided that she wanted to go to Turkmenistan later as well.

So today, we went to the Turkmen Embassy to apply for a transit visa for her. This was also what I would have to do in the end, if none of my plans were to work out: get a transit visa for three to five days, take a bus through Turkmenistan, look out the window, cry.

But first we needed to get color copies of several pages of her passport. This was something the embassy required – color copies. We looked for a while until we found Sergey: 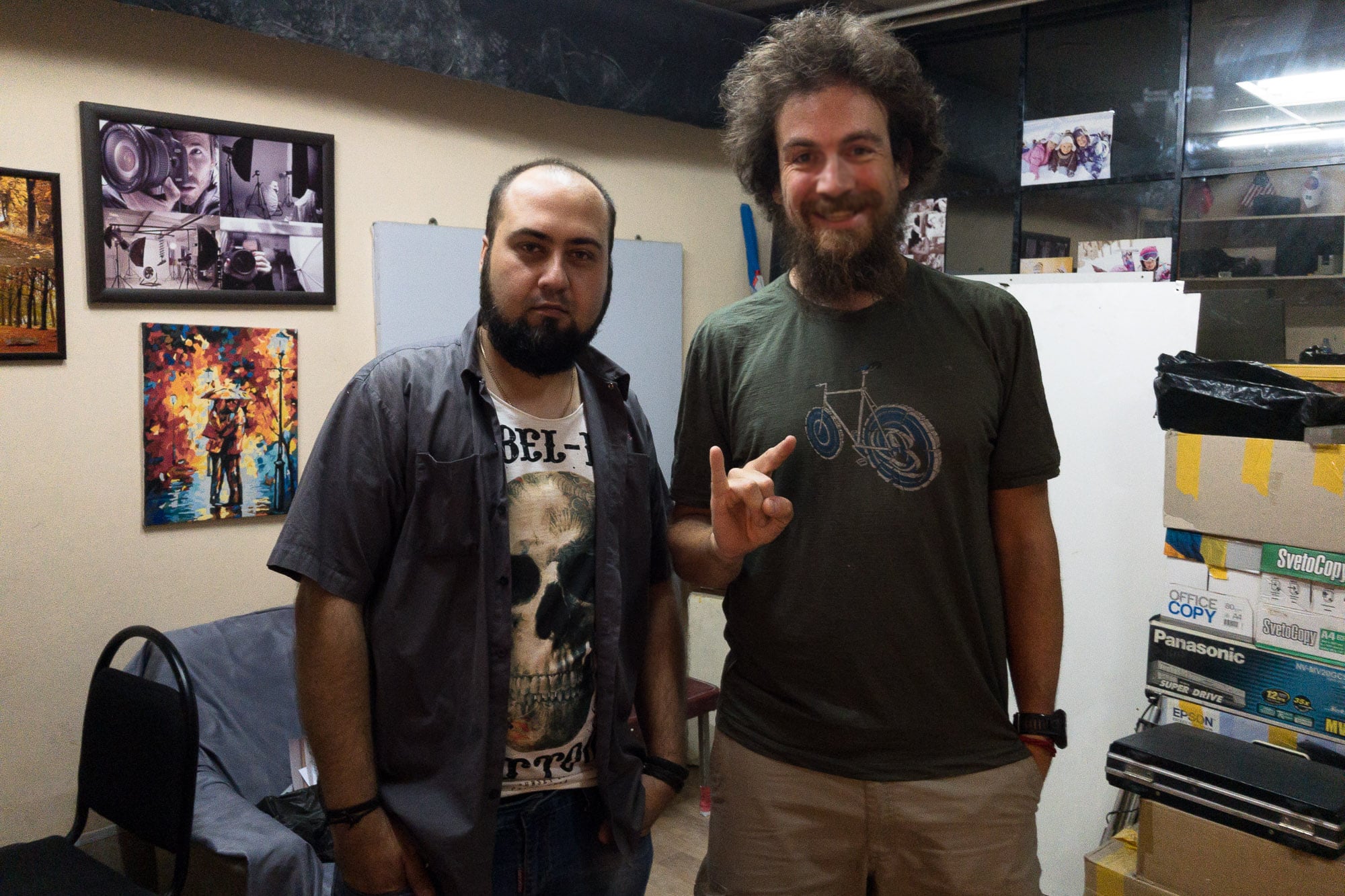 Then we went back to the embassy and finished the application. They told us to come back in two or three weeks.

We went to the central post office and mailed home one of my SD-cards and a notebook that I had filled: 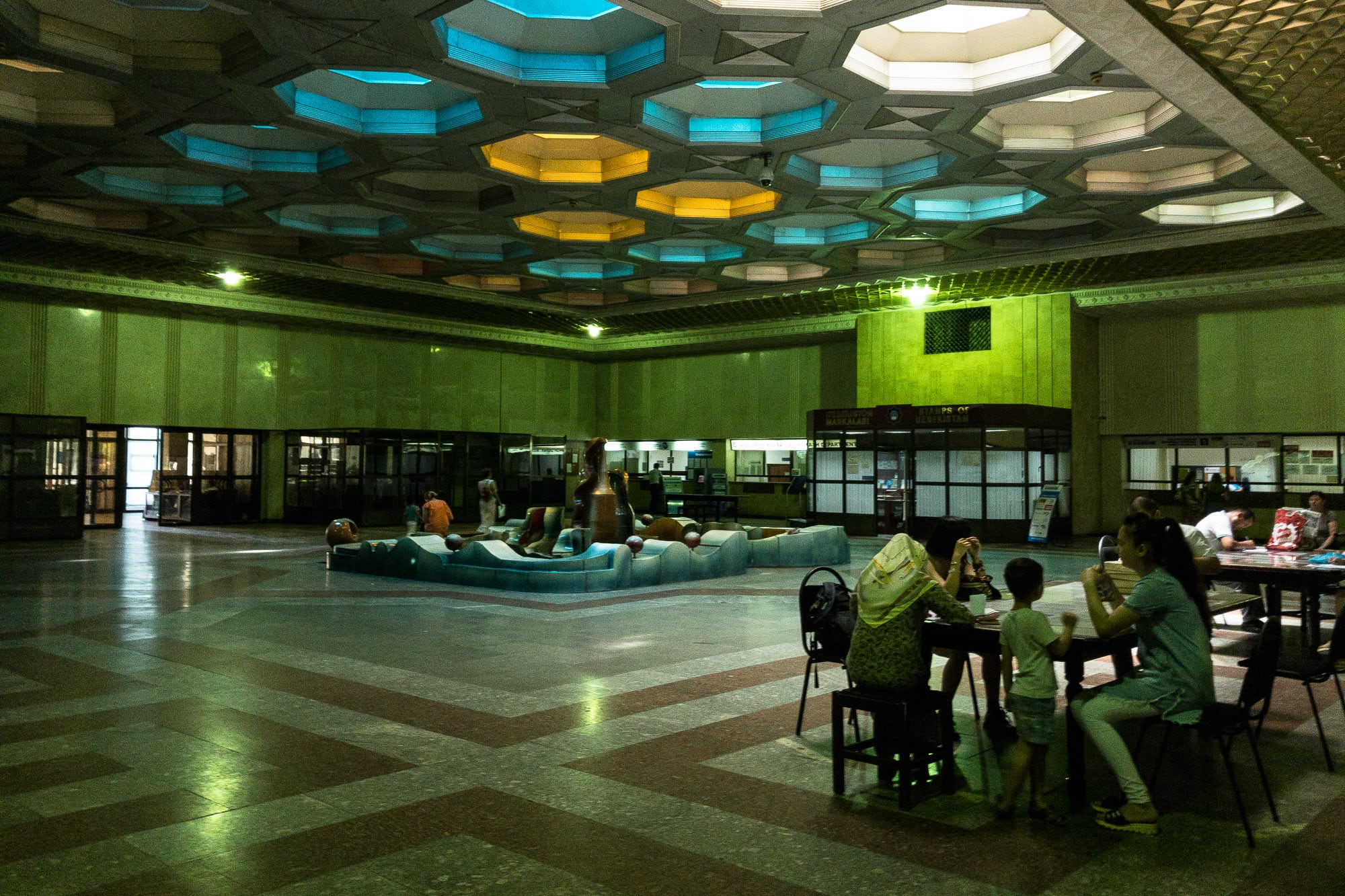 Then we got into a car that was going to take us to Andijan up in the Ferghana Valley.

The way there went past mountains and reservoirs, and it was all very beautiful: 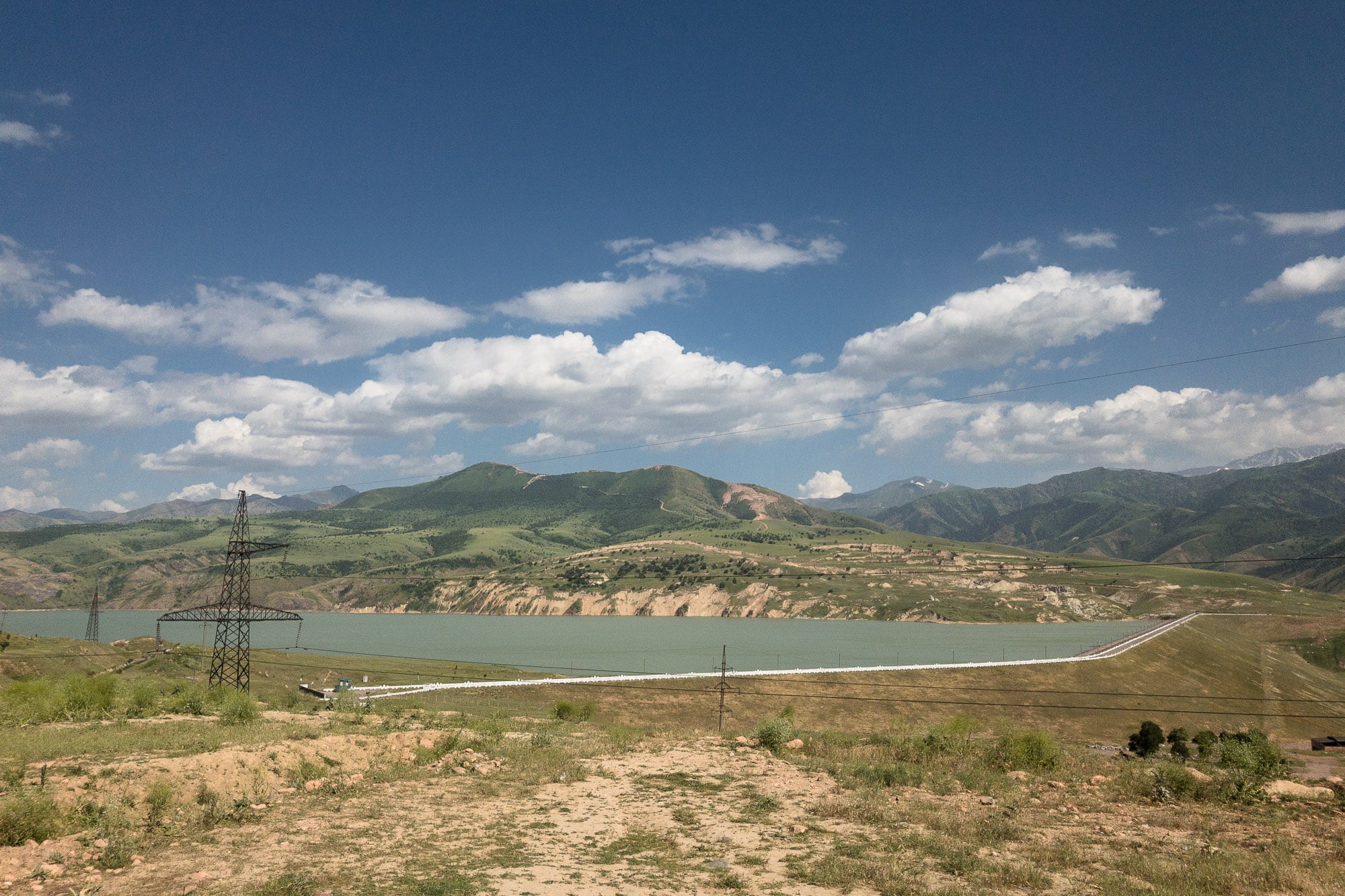 But it was a long ride that took several hours.

We had dinner in a large roadside restaurant: 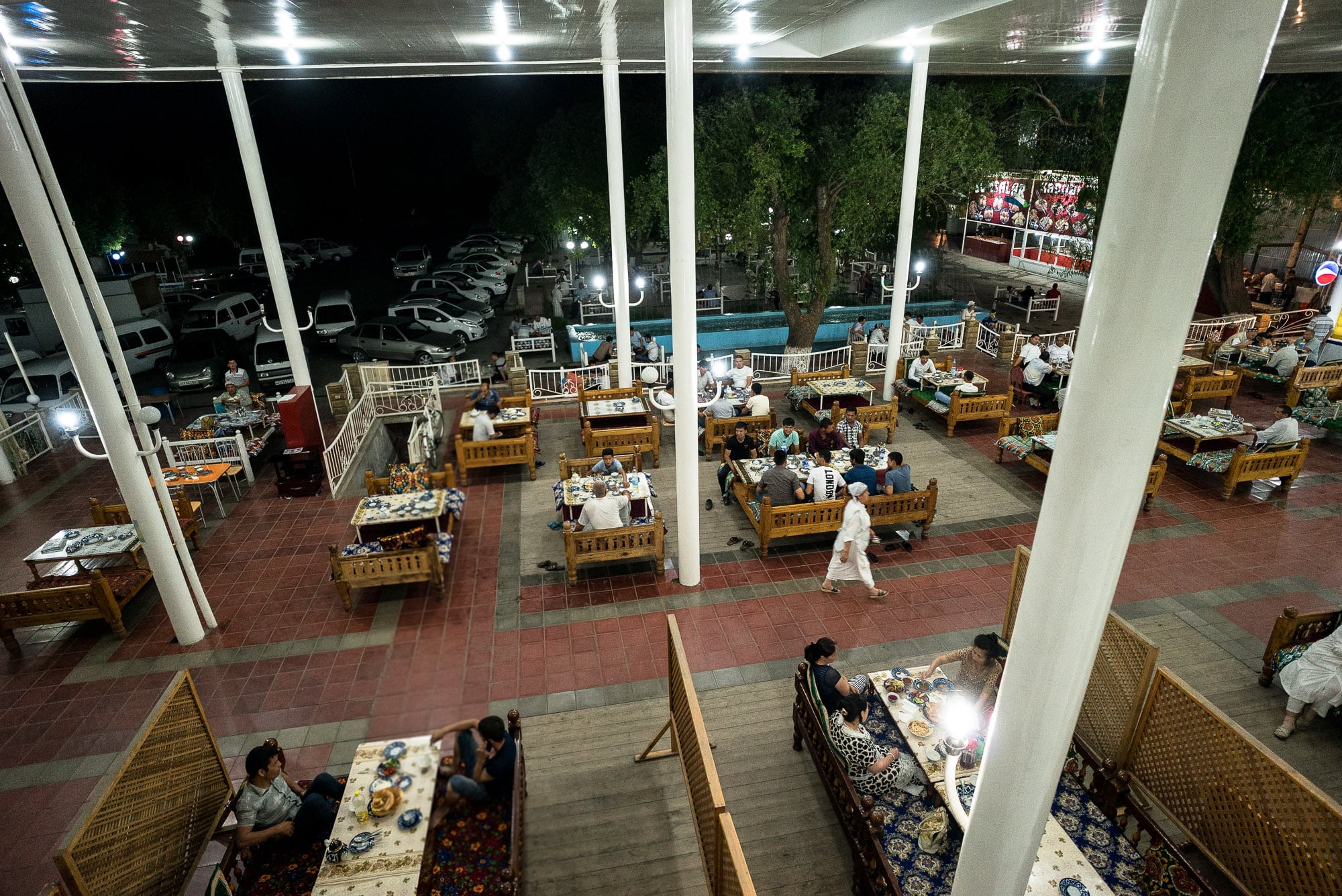 Talked to some friendly ladies there: 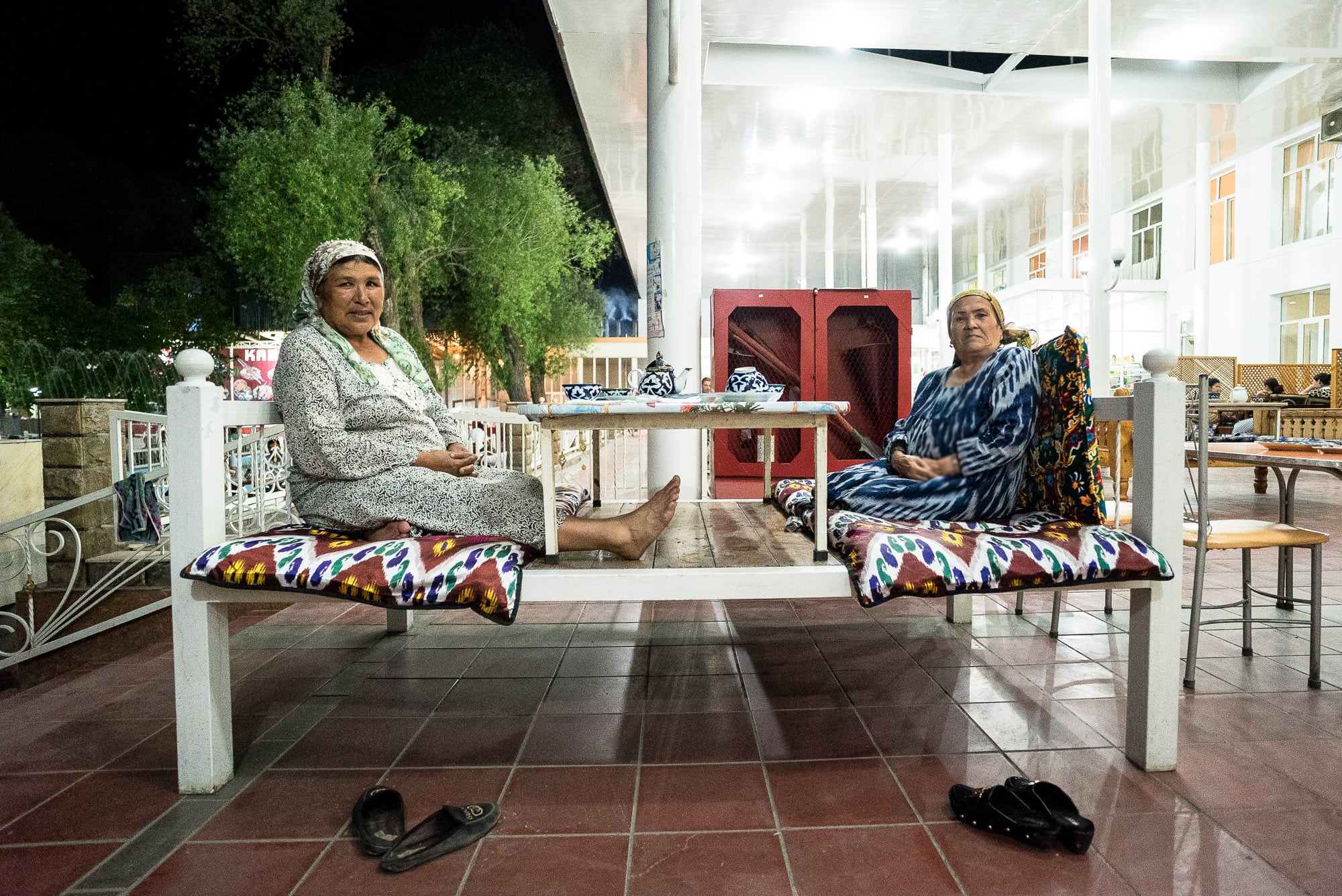 Then we arrived in Andijan.