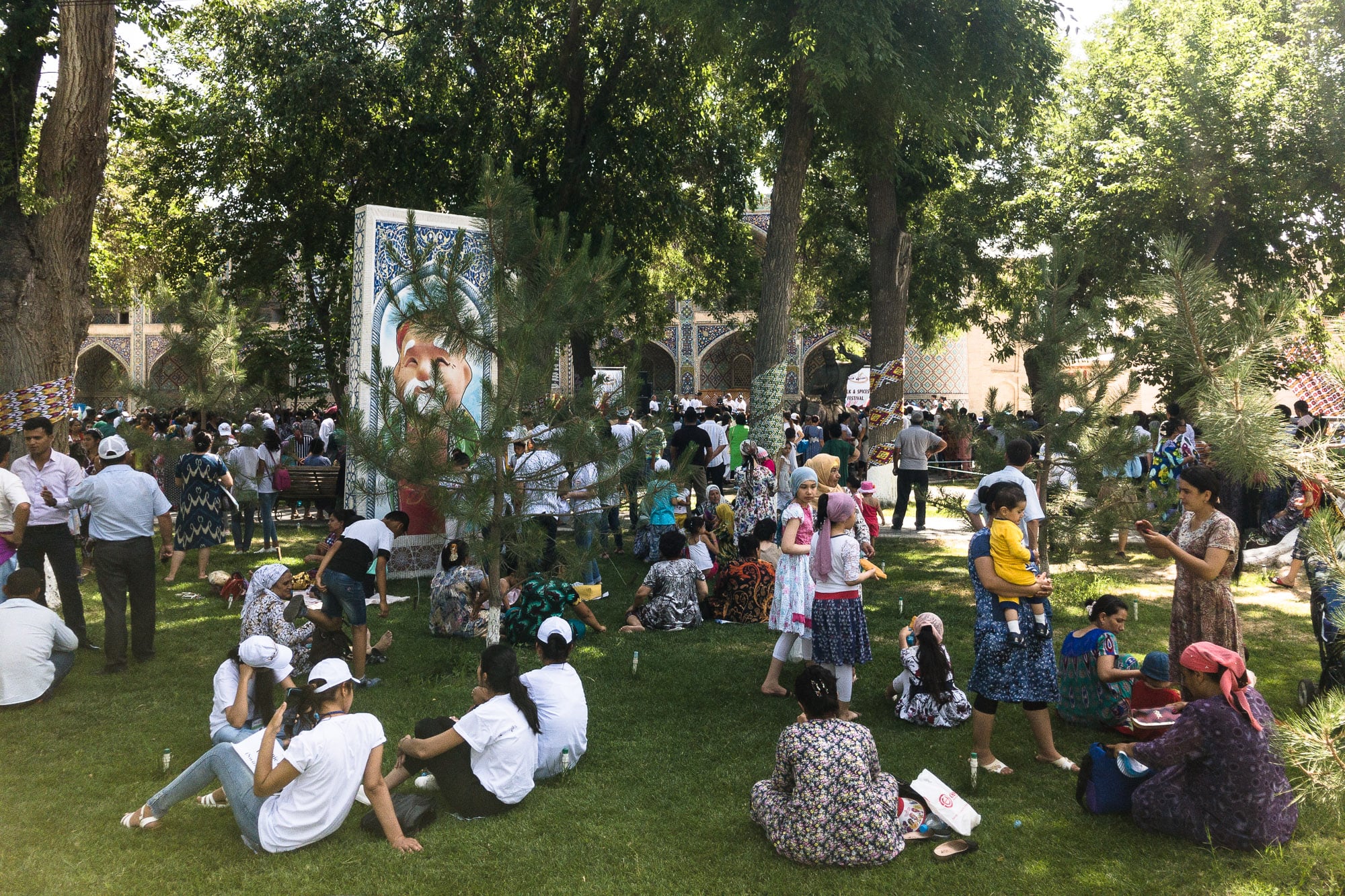 The Silk And Spice Festival. It seemed as though the whole town had shown up. Plus a bunch of student volunteers in white shirts and white caps.

There was a music show going on, and some people in the audience were dancing as well:

Eugene was there, too: 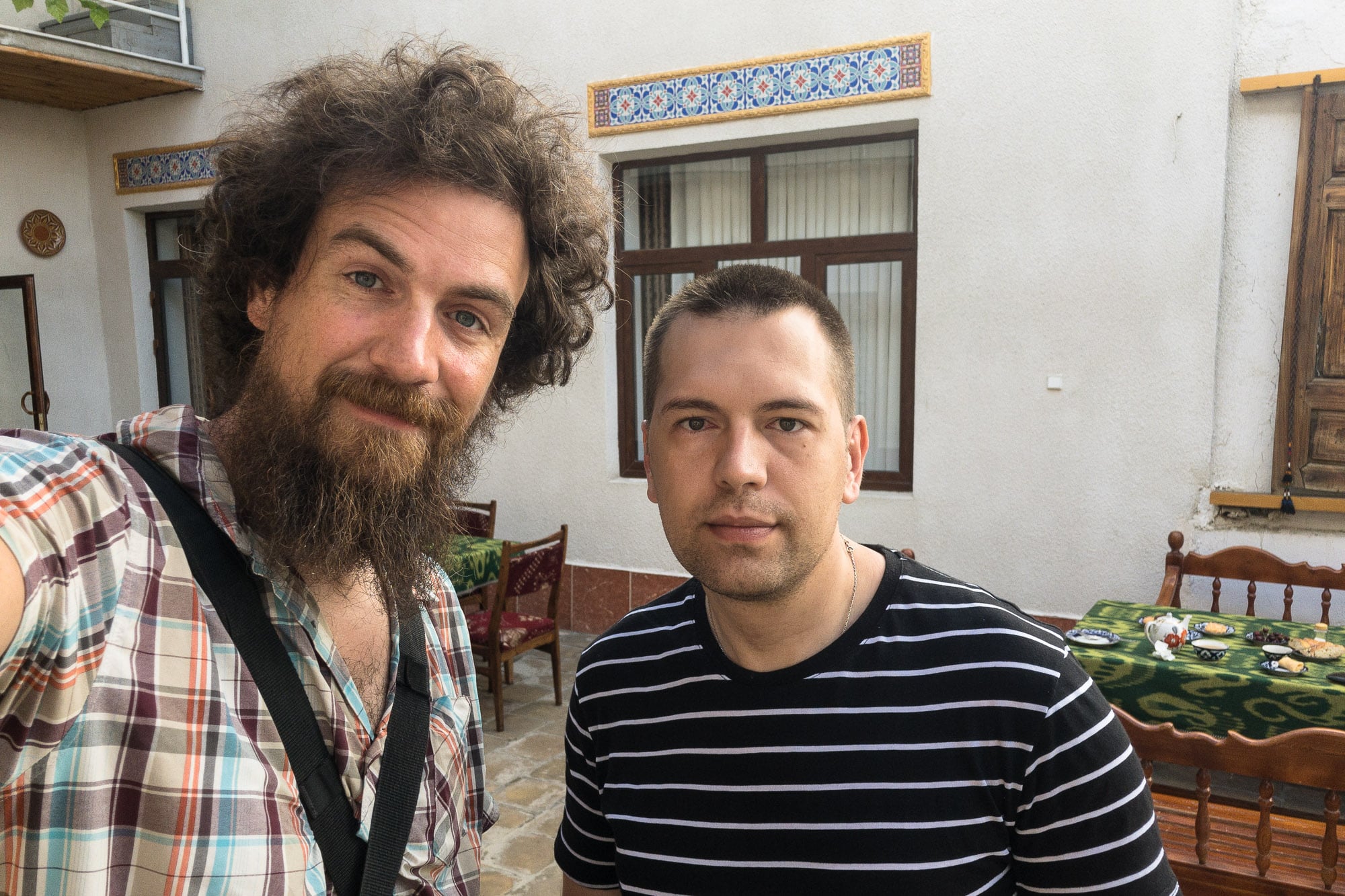 He’s a photographer from St. Petersburg, and a very good one, I might add. If you’re into street photography, look him up on Instagram: e_chernyakov. Oh, and he’s hilarious to talk to.

I stayed for a while, but ultimately I had to go catch a train: 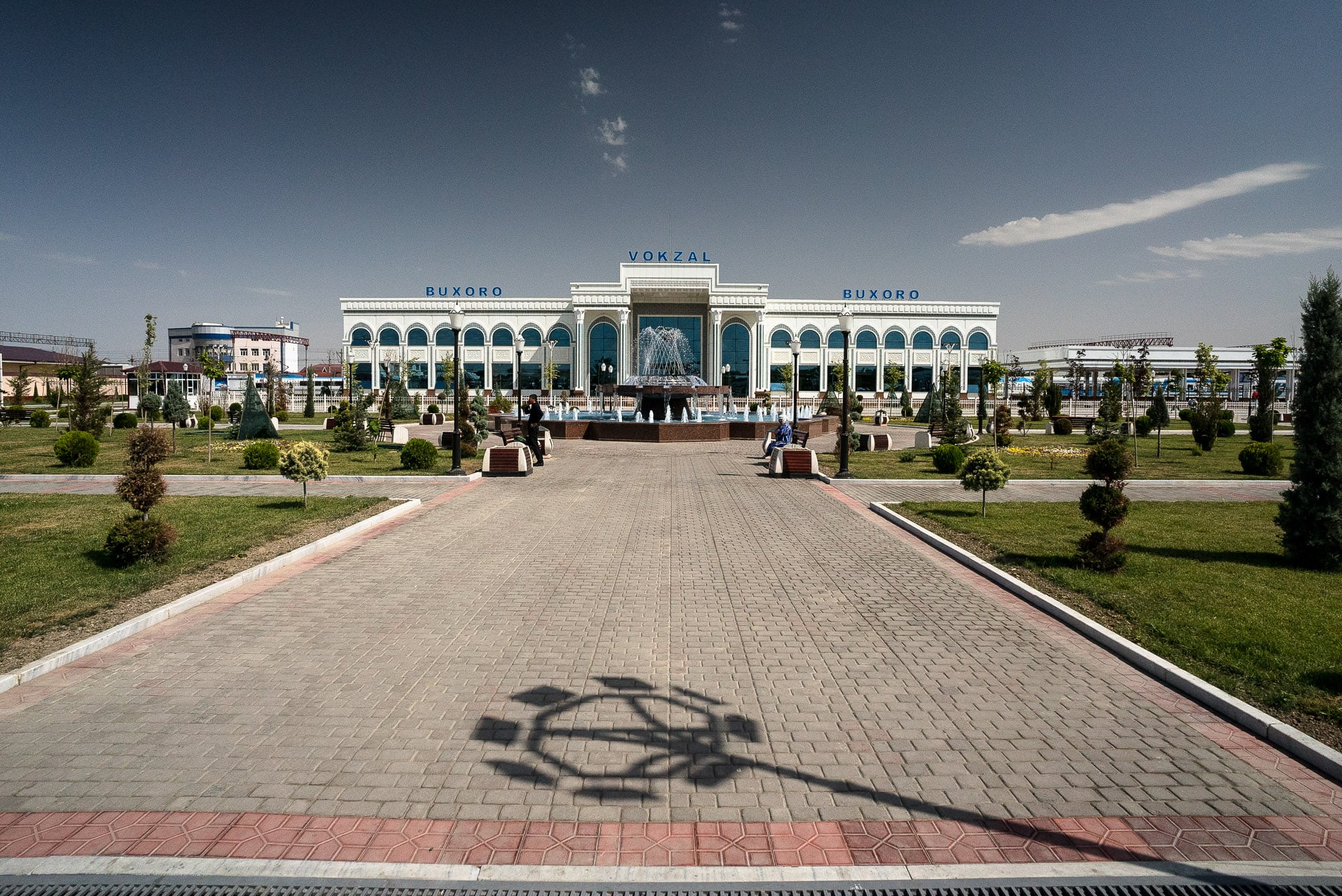 The train station wasn’t in Bukhara itself. It was in Kogon, a town twenty kilometers away. I arrived there early and had some soup for lunch: 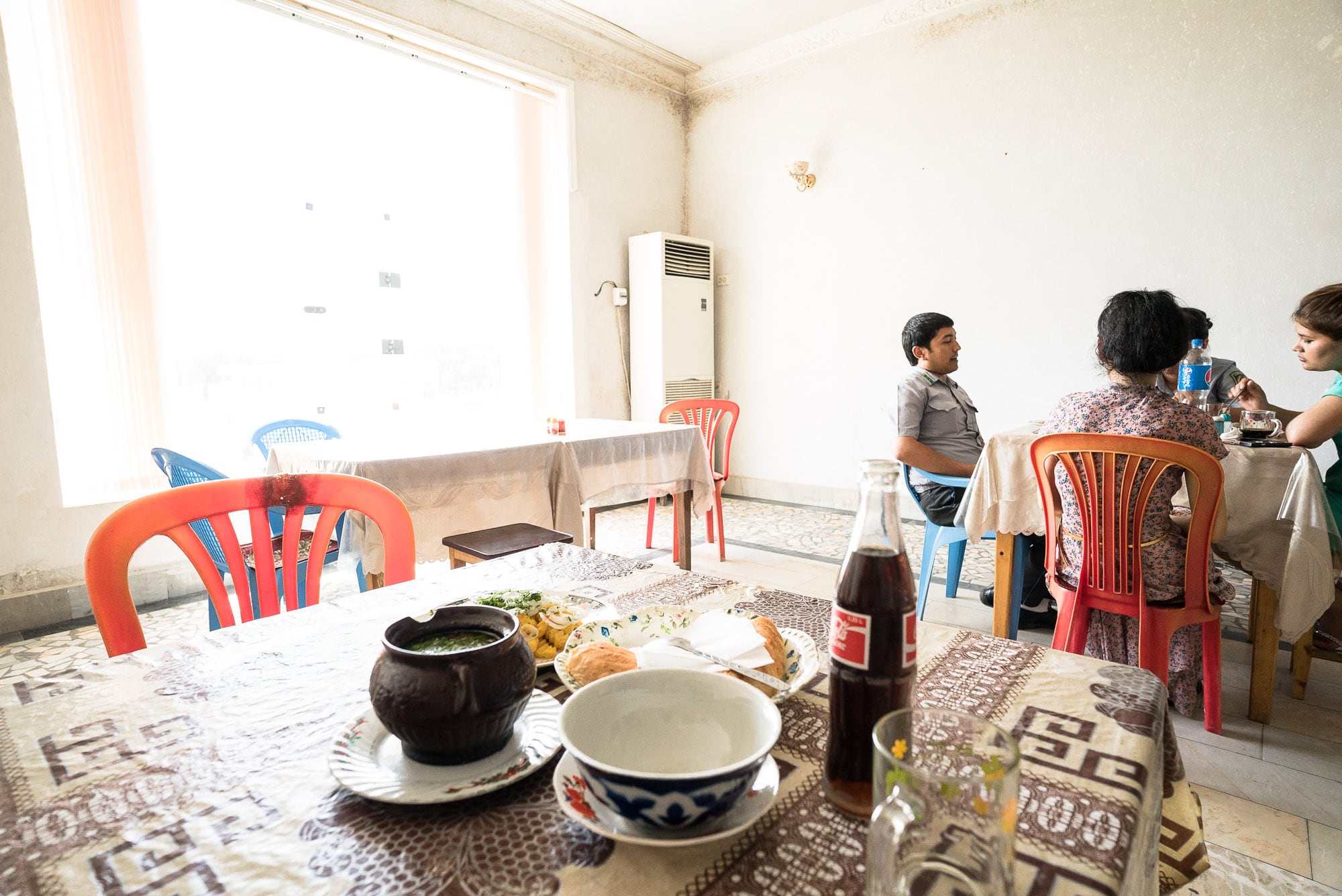 Then I hopped on the new Afrosiob train which linked Bukhara with Tashkent, and which felt just like any other bullet train in Germany or France or China: 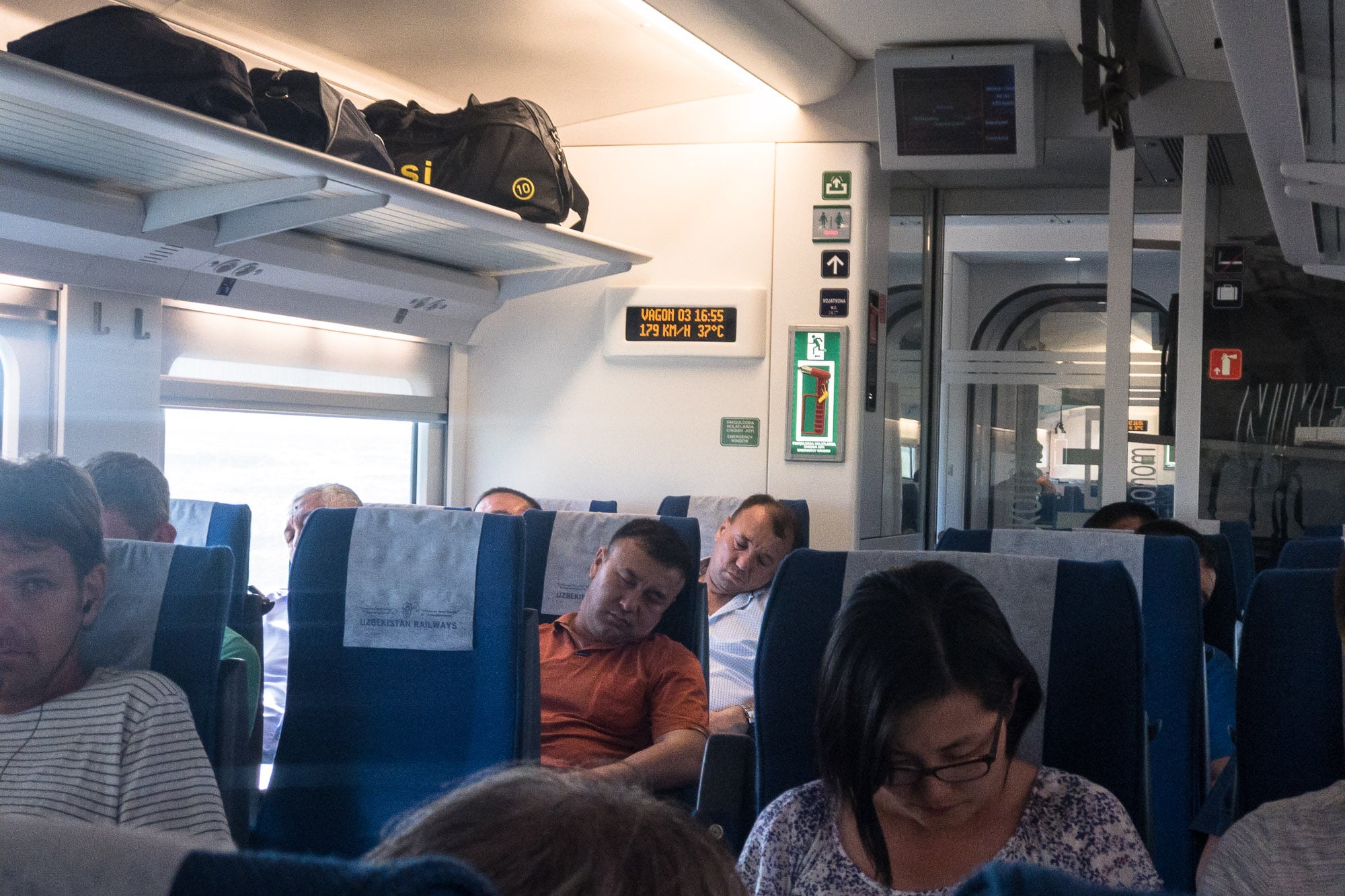 It was strange to see Uzbekistan buzz past outside at 200km/h.

I arrived in Tashkent after four hours.

Took a cab to the hostel.

And she was there: 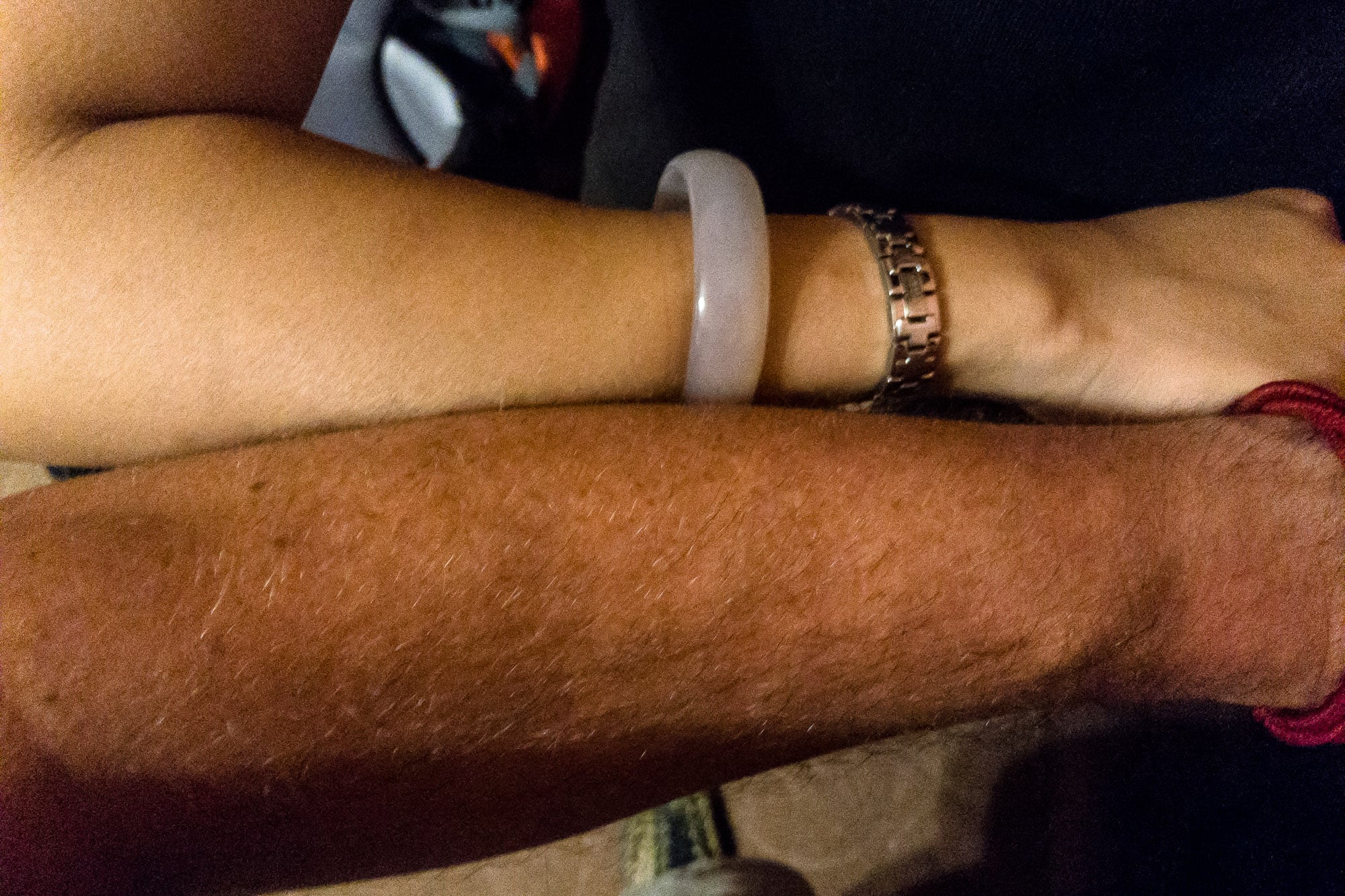 And for the first time ever, I was darker than her.