With the Caboose, it was almost always the ball-bearings.

I took her to a bicycle repair guy on the street corner today: 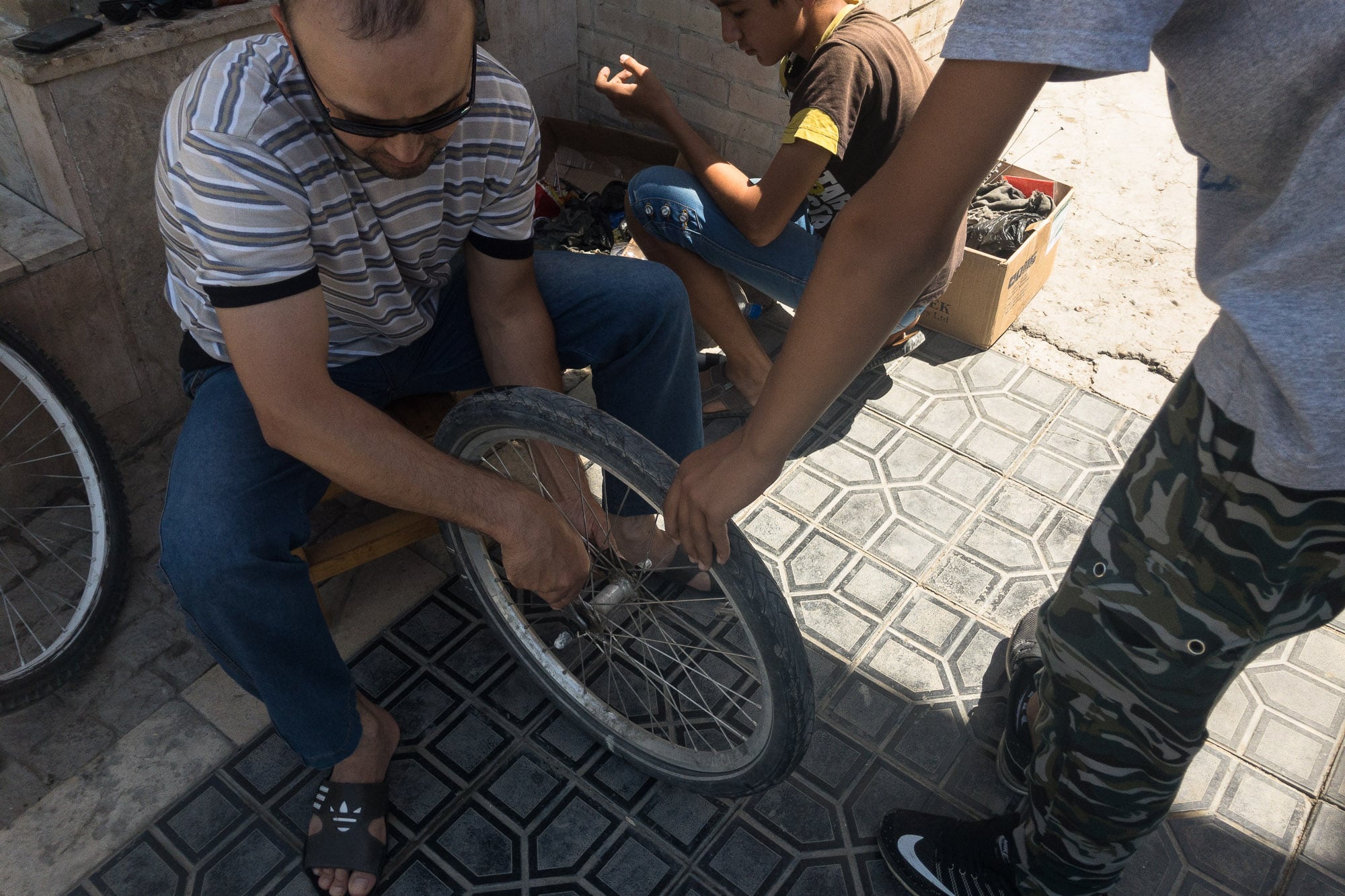 And it took us a while, but I think we managed to fix the problem. Or at least contain it: 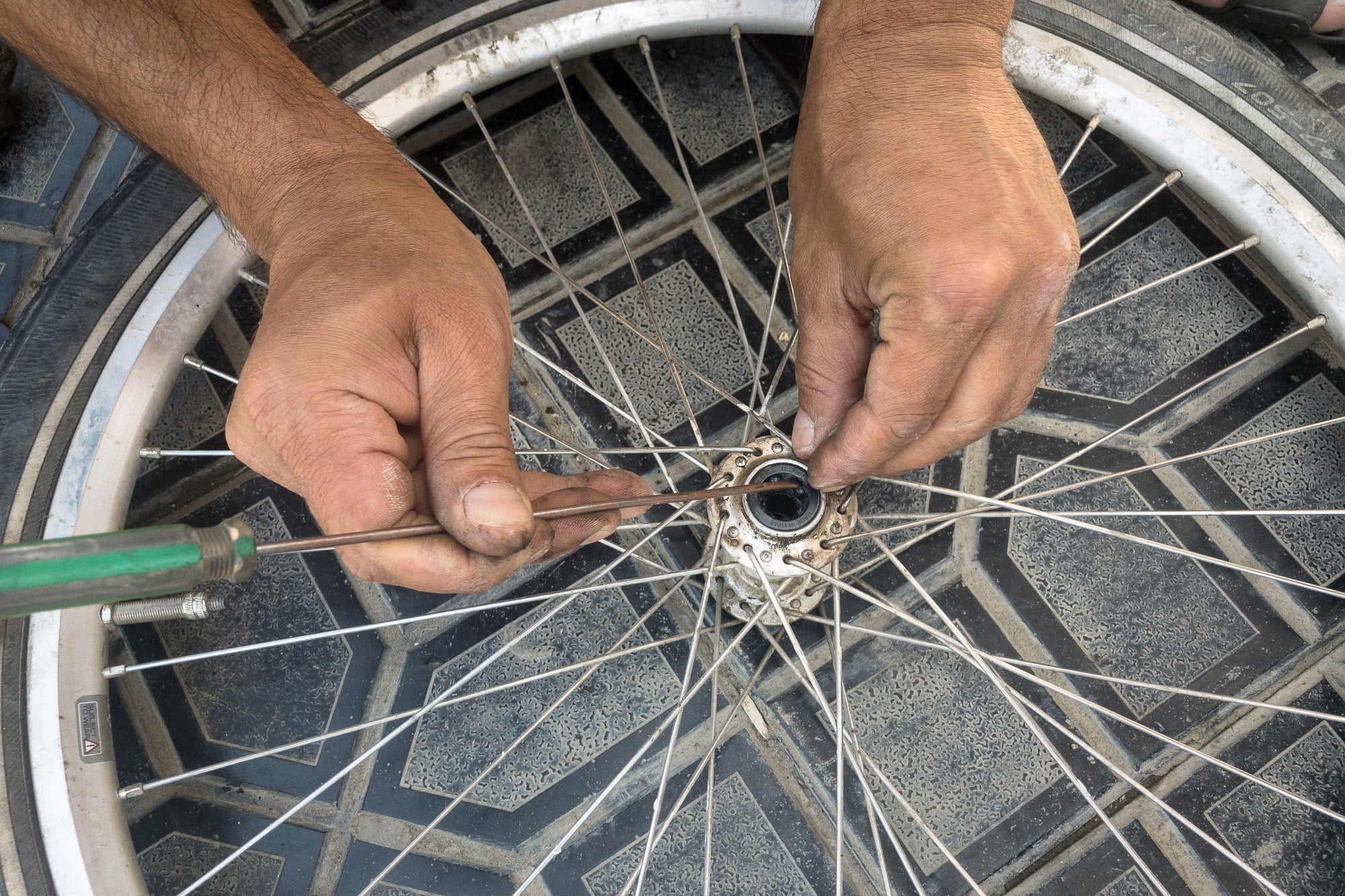 I noticed that there were a lot of European tourists in Bukhara, and most of them had grey hair: 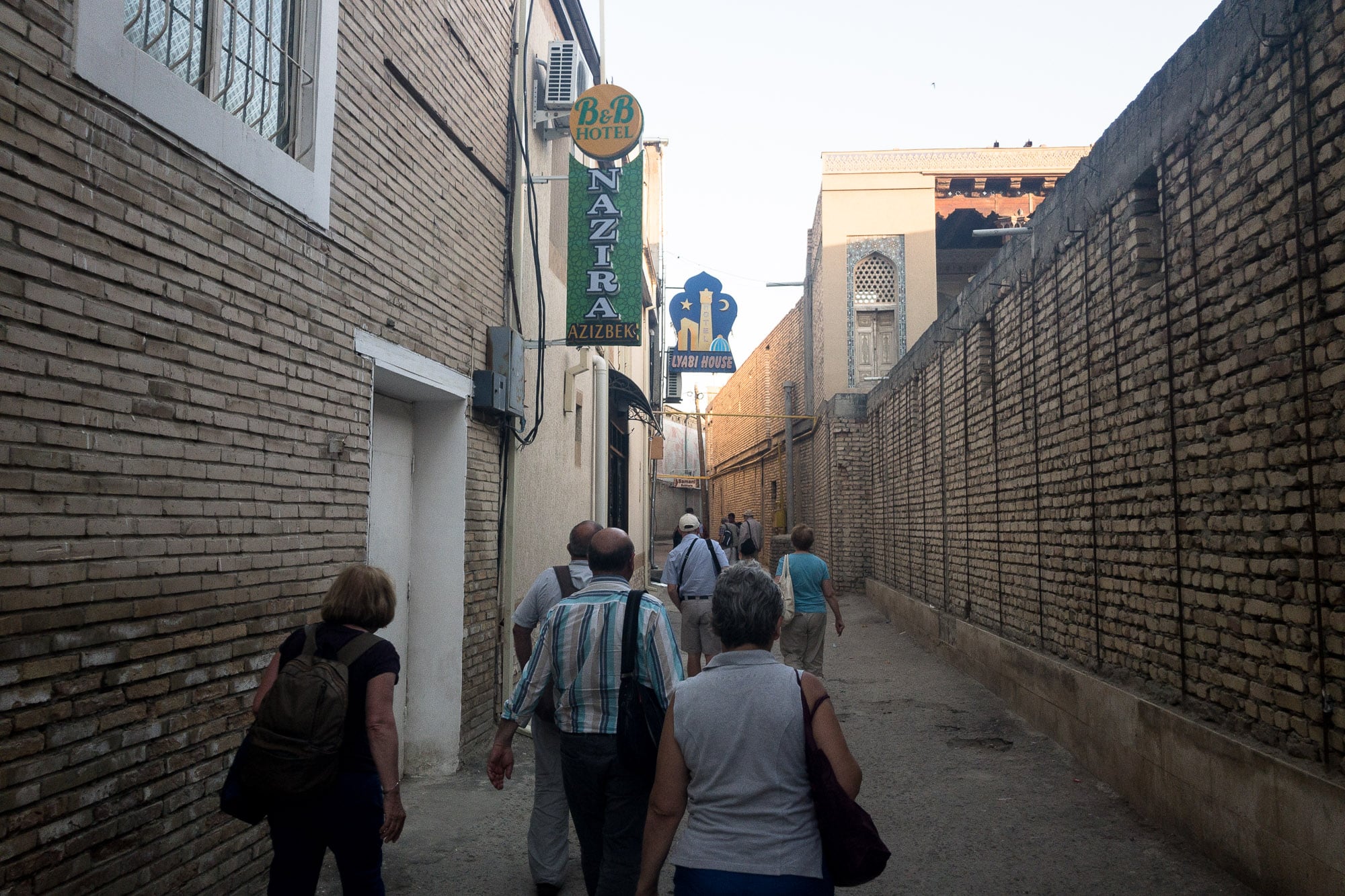 Why was this part of the world so popular with old tourists, I wondered. Maybe it just wasn’t that attractive to young people. No clubs. No drugs. No beaches.

Now that temperatures were regularly passing 35 degrees celsius, I saw a lot of people watering the sidewalk: 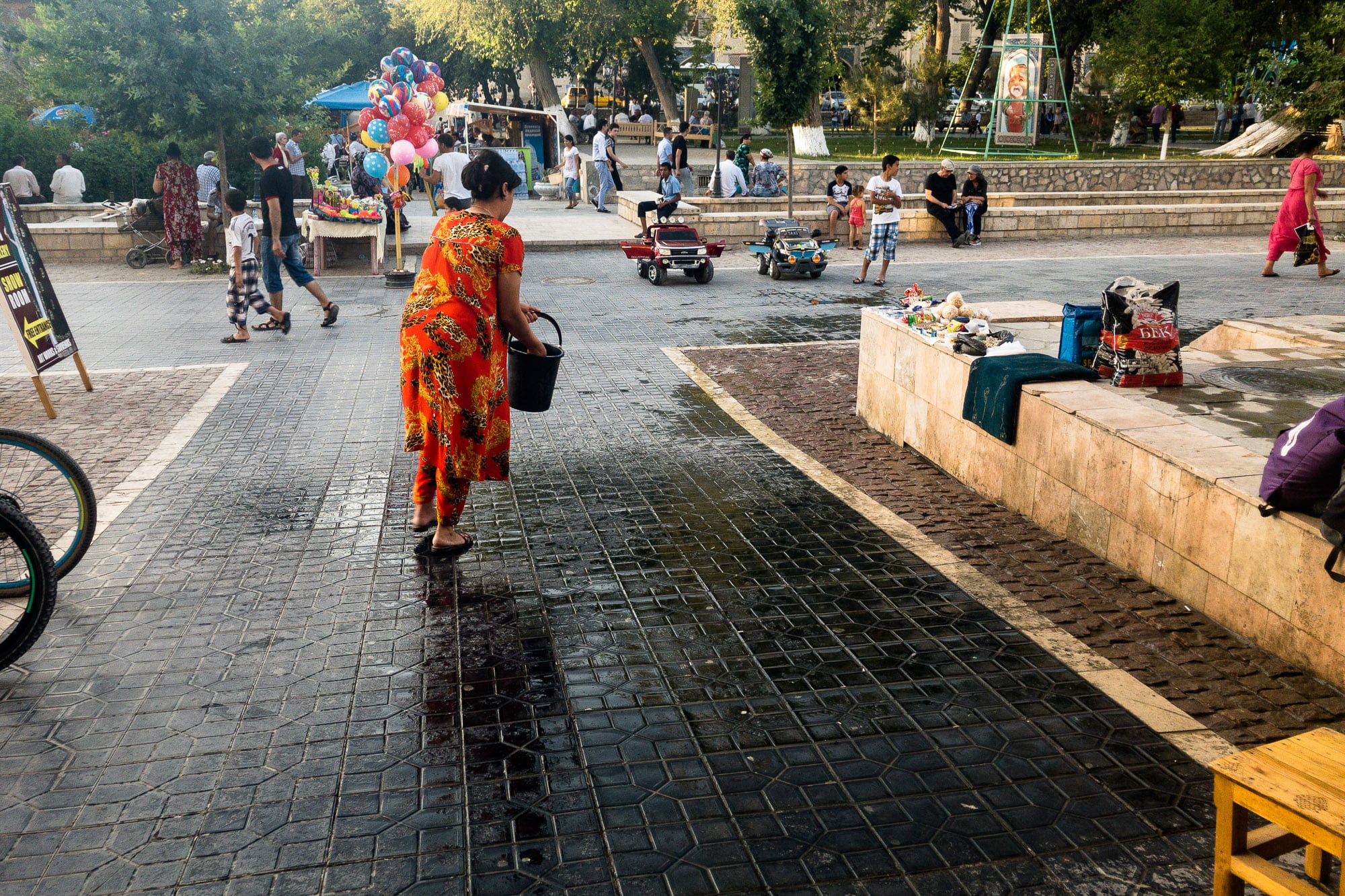 They told me they did it in order to cool the place down.

I didn’t look at much of Bukhara’s old town, as I was going to do that later. But I did notice that it seemed to be much more of a party town than Samarkand: 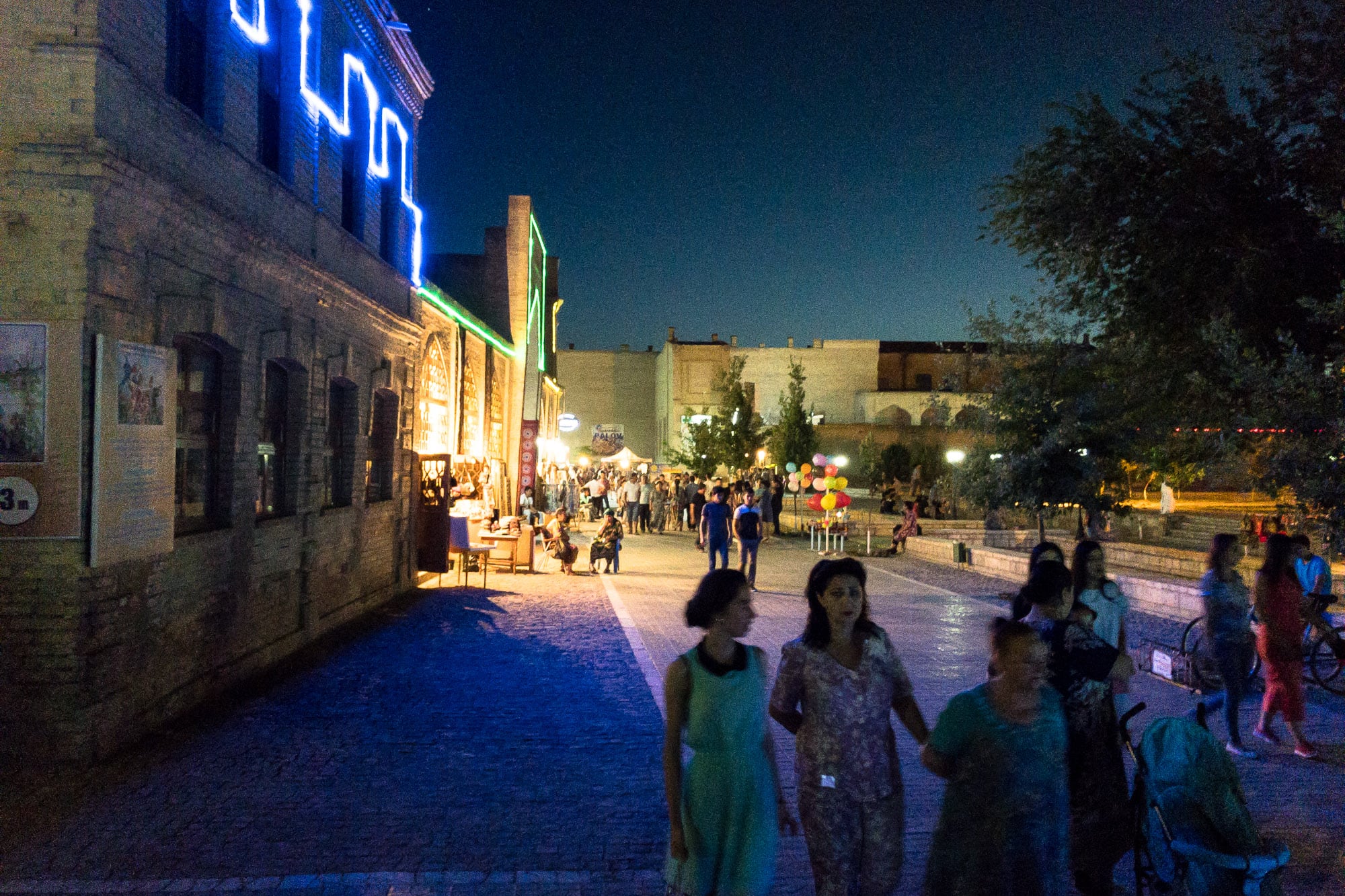 There was music everywhere and people were swarming the pedestrian zone as soon as it got dark:

It reminded me of an Italian beach town.
Without the beach of course.
And without the bars.
And the bikinis.