My German book “Neuschweinstein” was being translated into Chinese. Not by me, my Chinese was not good enough for that. But I had offered to read the translation and check it for errors.

That’s what I did today: 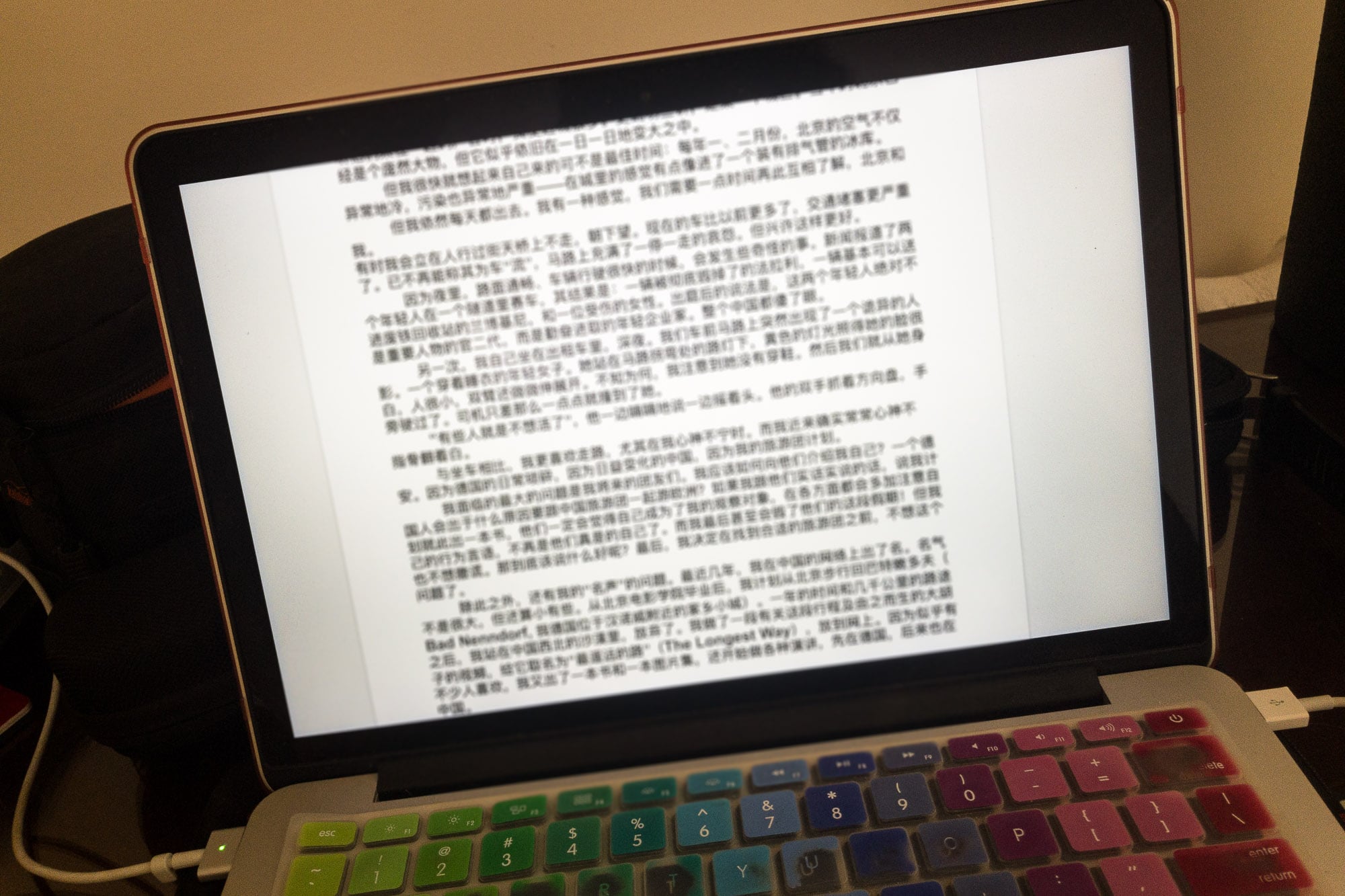 Or at least that was the plan.

At around two in the afternoon I went outside and had some somsa: 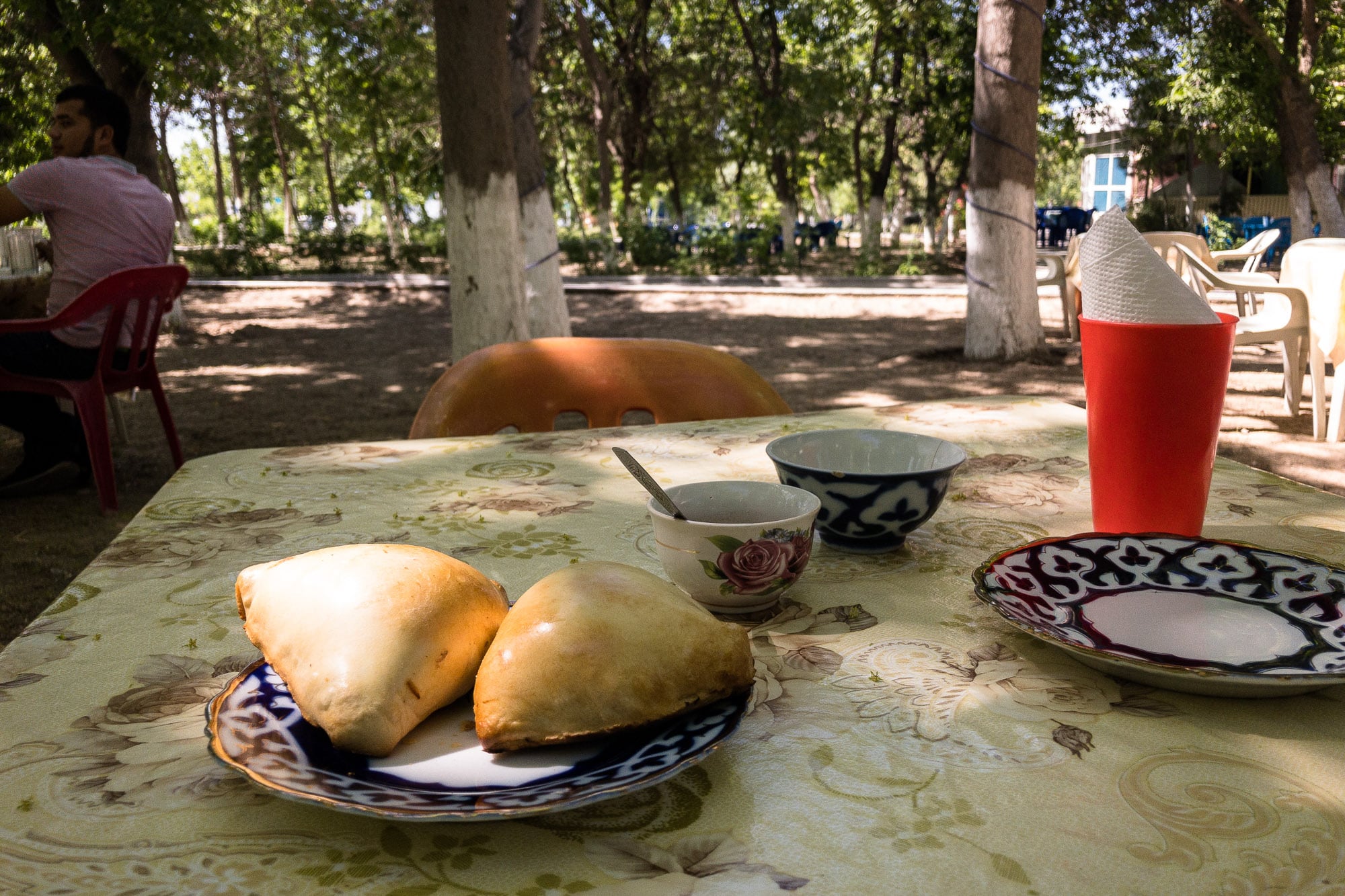 The thing with these hot pockets is that they can be very hot inside, so you are advised to punch a hole in them and let the hot air out. You can then pour spices into your somsa: 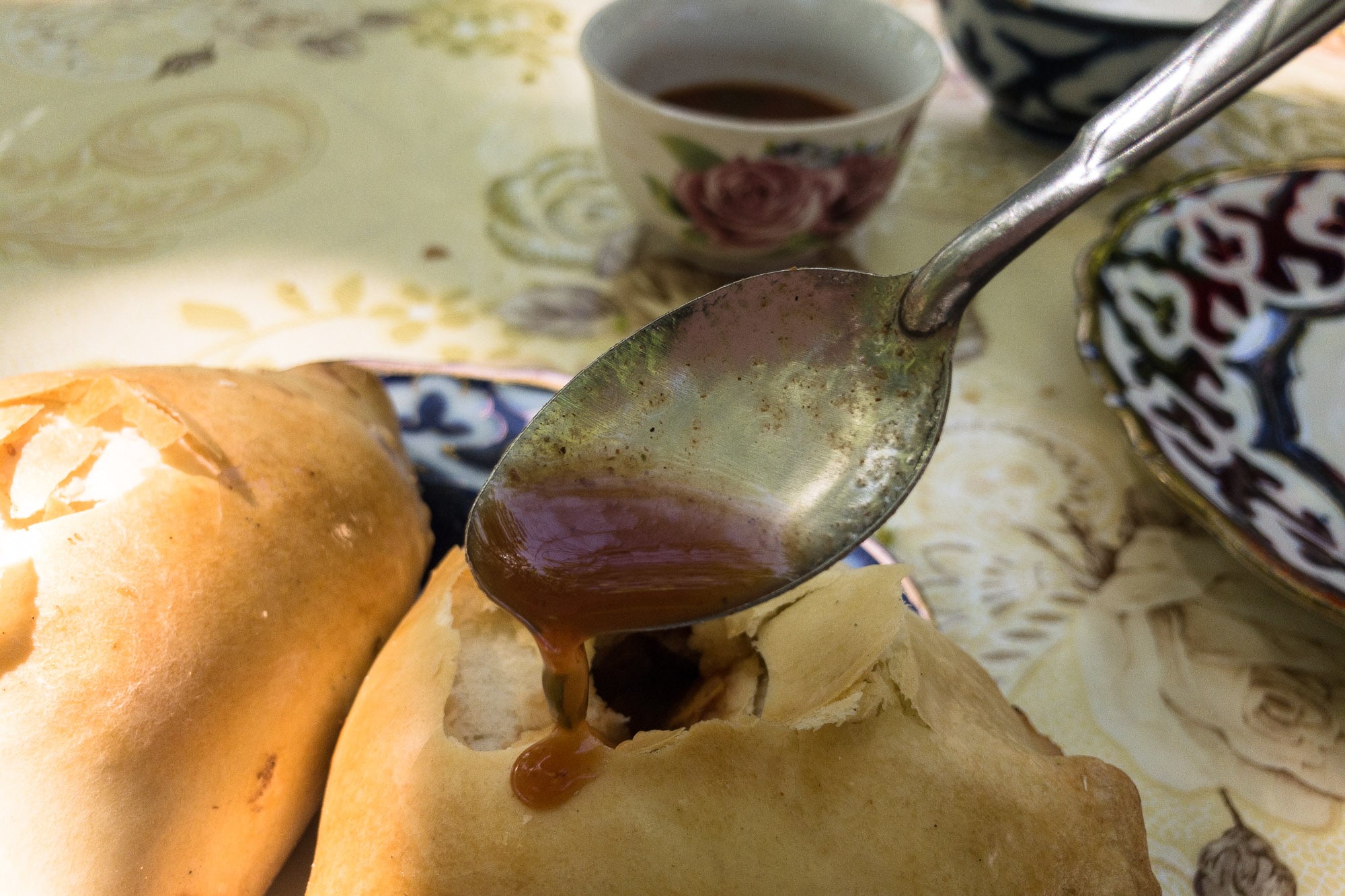 I learned this from Ruslan and Batyr, two dudes who had just gotten off work and were enjoying cold beers in the garden restaurant outside of my hotel: 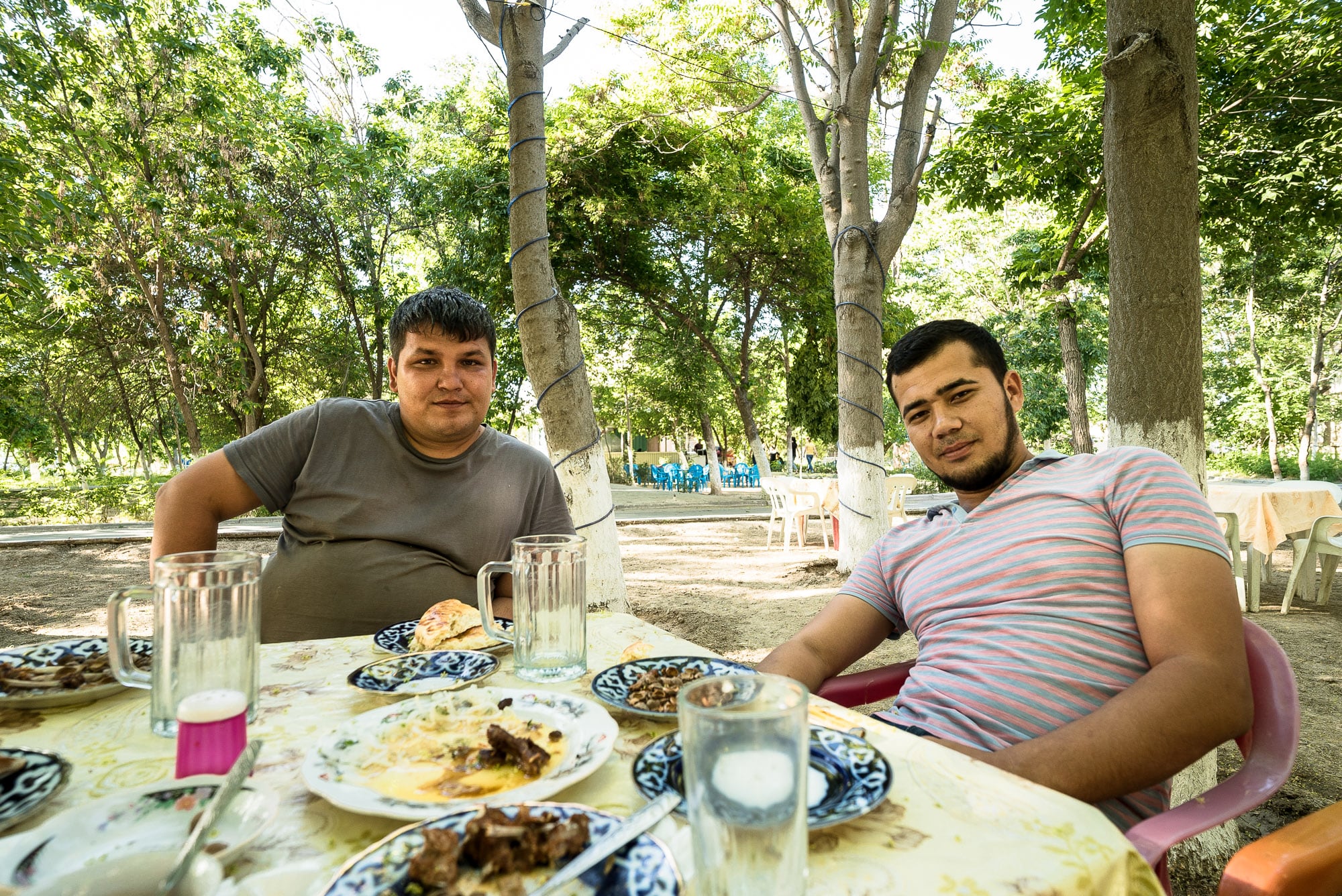 I ended up not working anymore that day. Instead, I ate and drank with my new friends. A guy named Giovanni later joined us. His name was not actually Giovanni, but it sounded like Giovanni, which in my state of drunkenness was easy enough to remember: 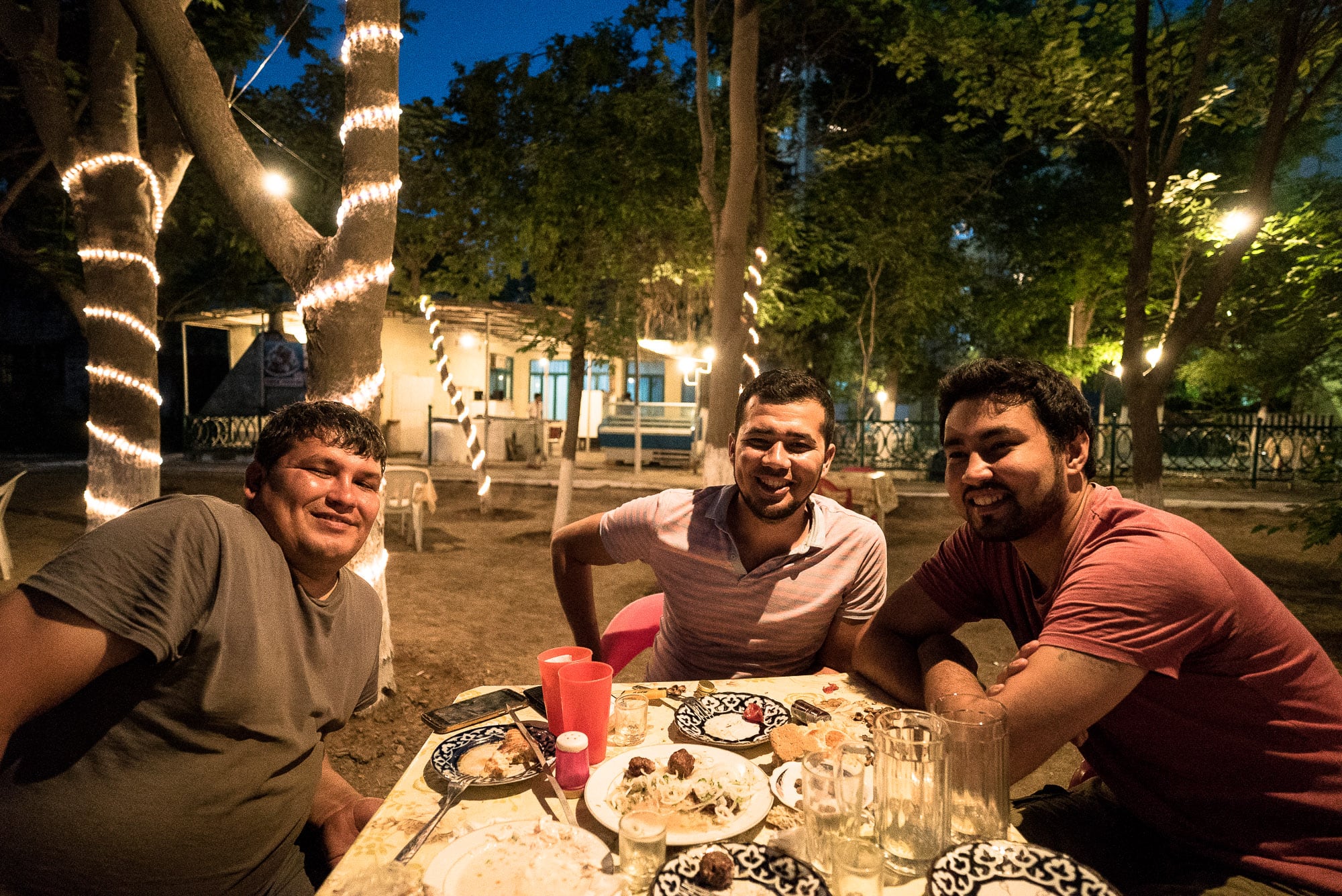 We talked about hip hop and electronic music a lot that night.

Activity: resting
Soundtrack: Knife Party - "Give It Up"