I left Tashkent on a sunny afternoon: 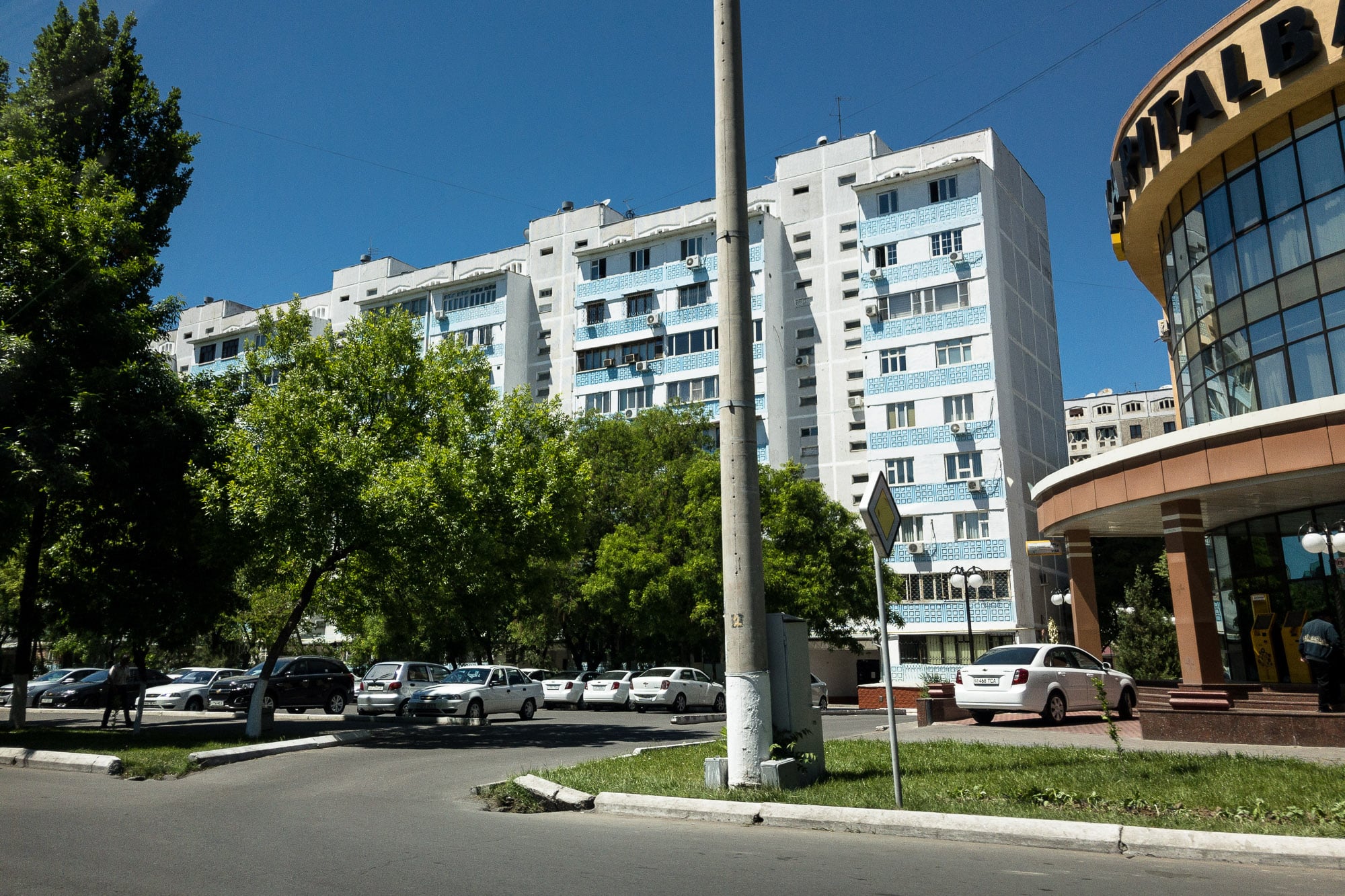 …and landed in Almaty on a cloudy evening: 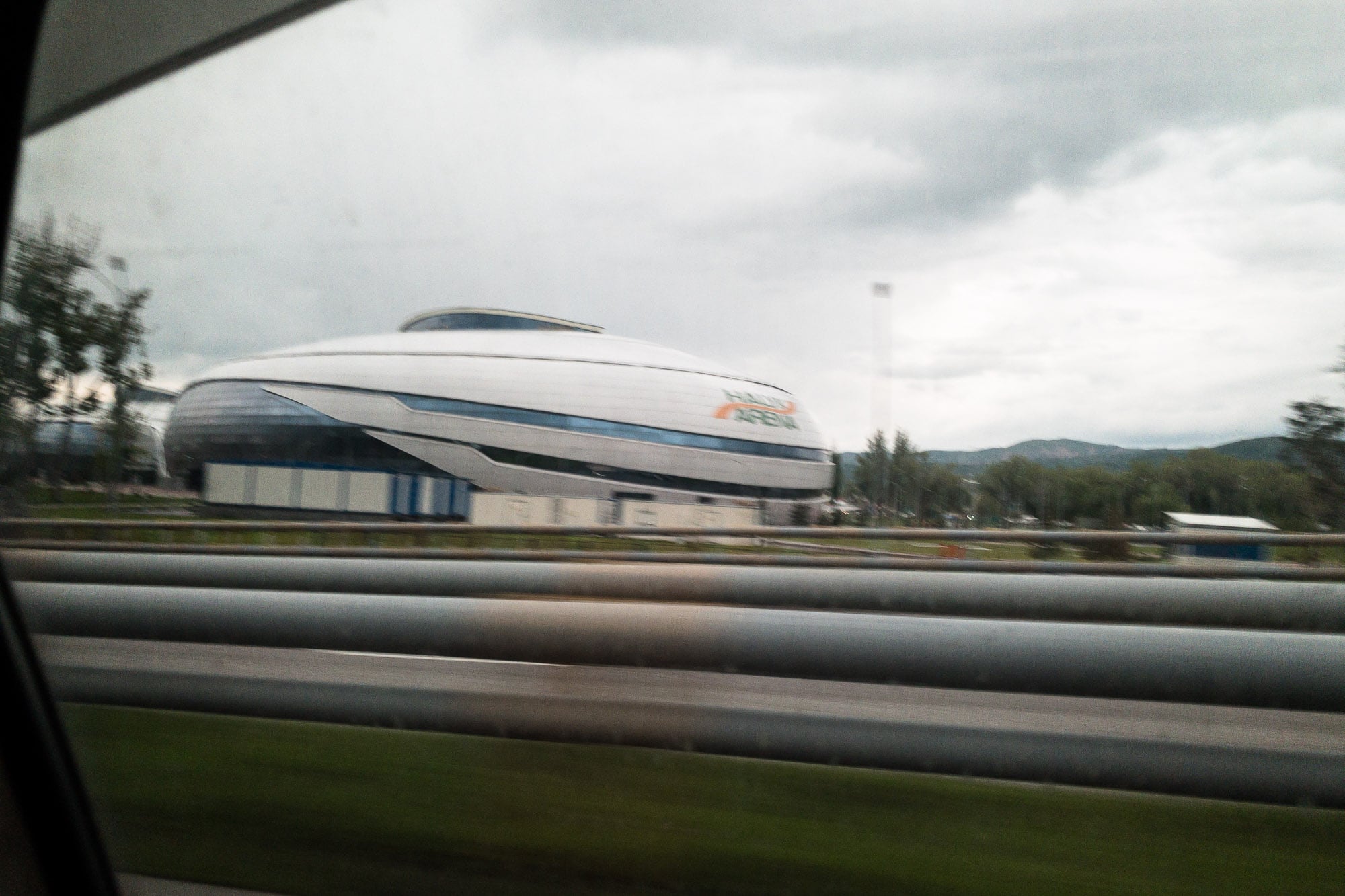 (The above picture is the stadium that I had seen when it was still under construction more than a half year ago.)

When I went out to get something to eat, it felt as if Almaty had not changed at all: 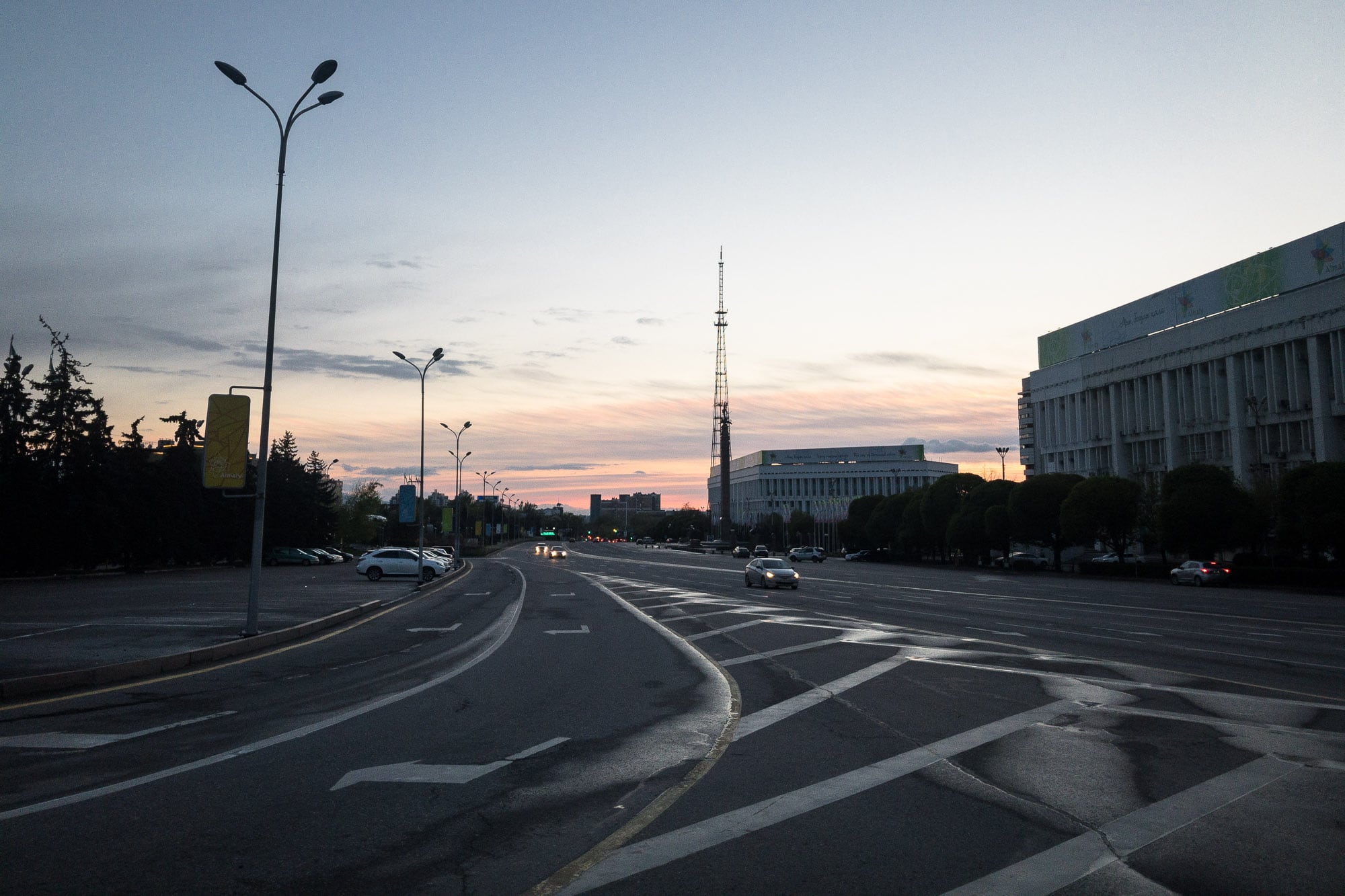 It felt as if this city that I liked so much was exactly the same as always.

But then disaster struck: 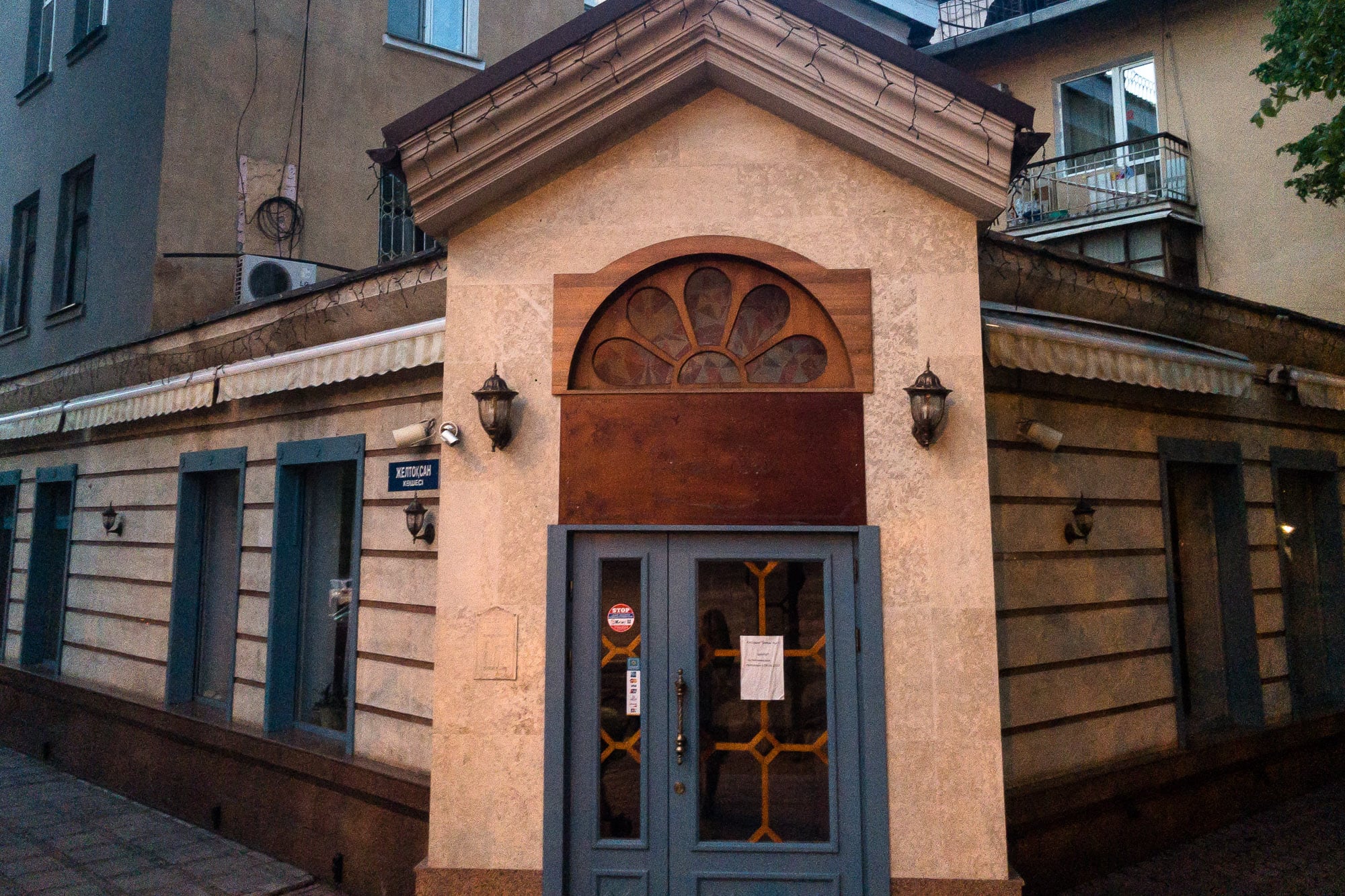 My favorite Georgian restaurant was gone!

The place where I had had chicken satsivi so many times, where I had scribbled words into my notebook so many hours. It was no more.

I had to find something else to eat, but I didn’t know what I wanted.

So I stumbled around Almaty until it was very dark: 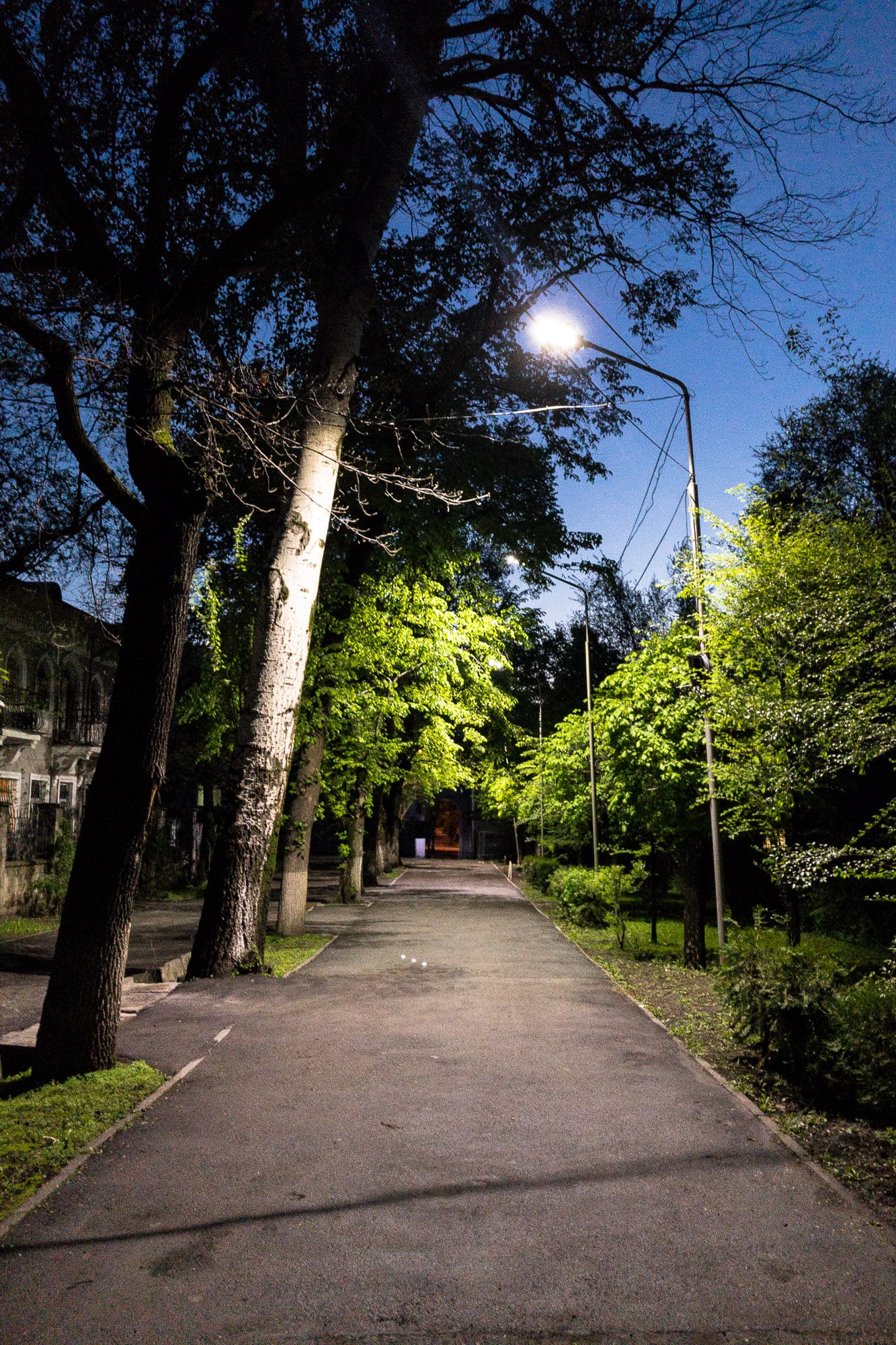 And then I ate sushi by myself.