My Uzbek visa was about to run out in two days. So the night before I had left the Caboose with Firuza in Mirbazar and taken a cab back to Samarkand. And now I was to return to Tashkent by train and then Almaty by plane to get a new visa there.

Today was about the train part of this plan: the ride to Tashkent. 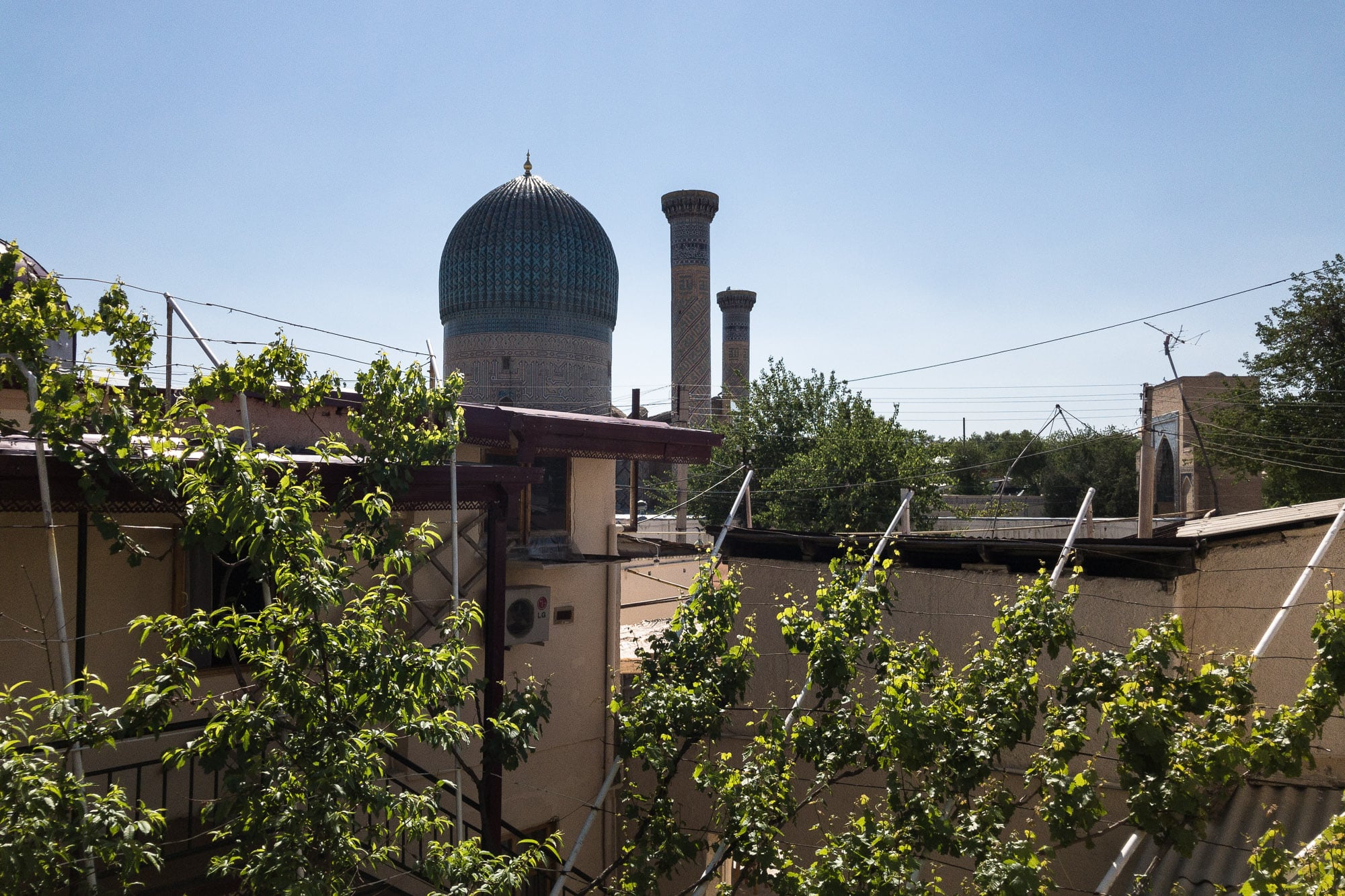 When I arrived at the train station, I got a glimpse at the new tram that Samarkand had just gotten: 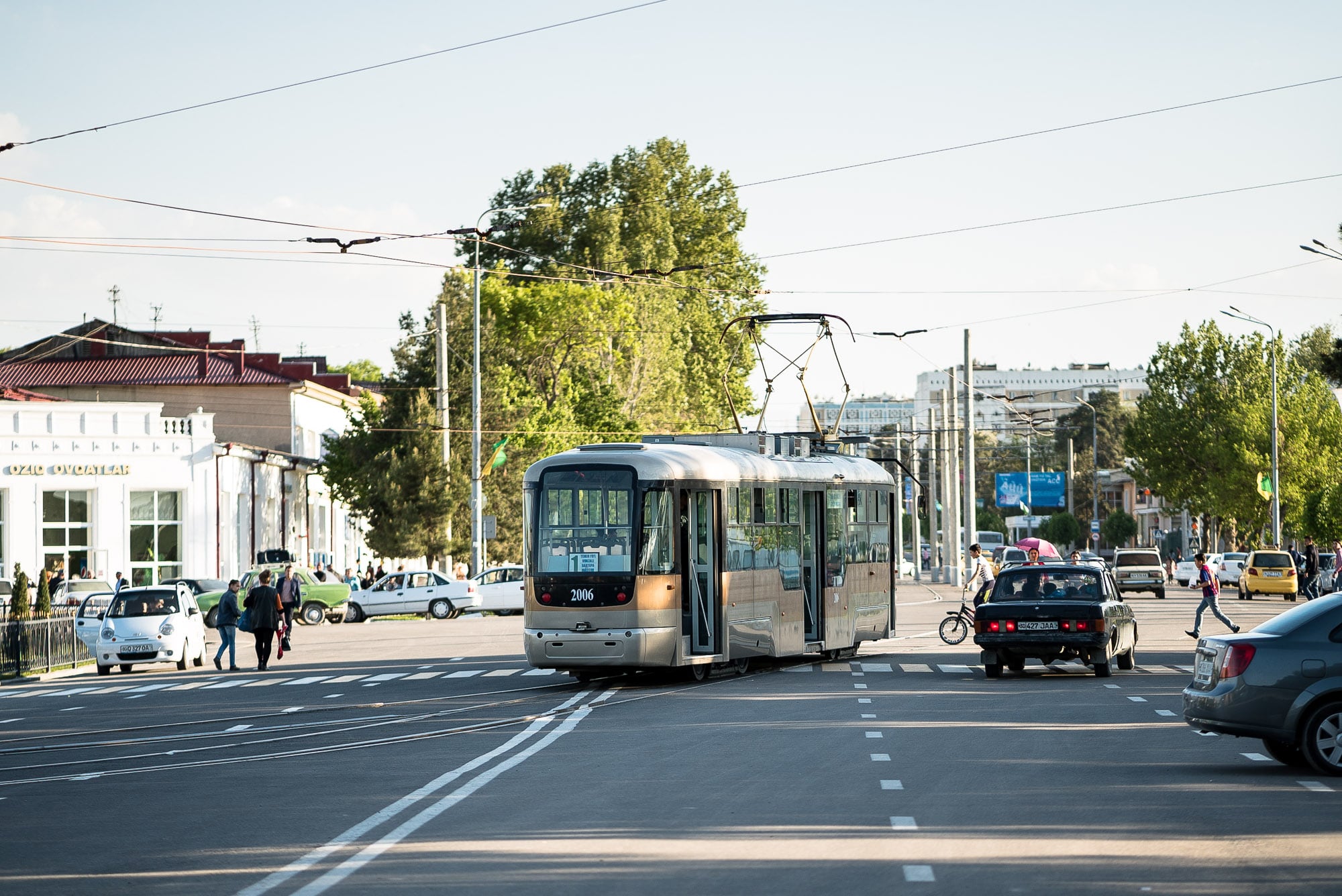 I liked it. It seemed as if the city was going somewhere.

Took a selfie in one of the windows of the train station: 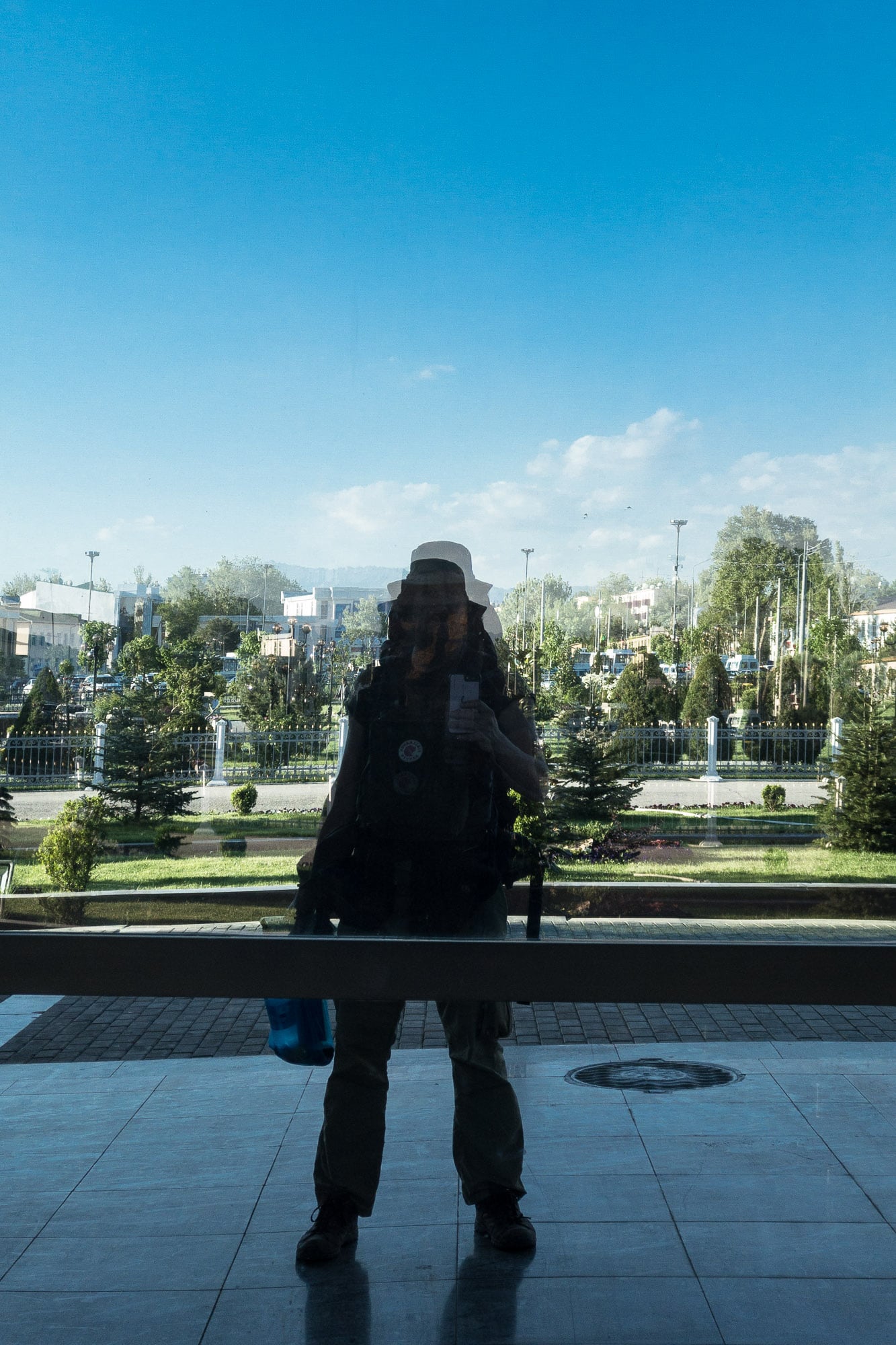 Then I sat on the platform and waited:

And a few hours later, I was back in my favorite restaurant in Tashkent: 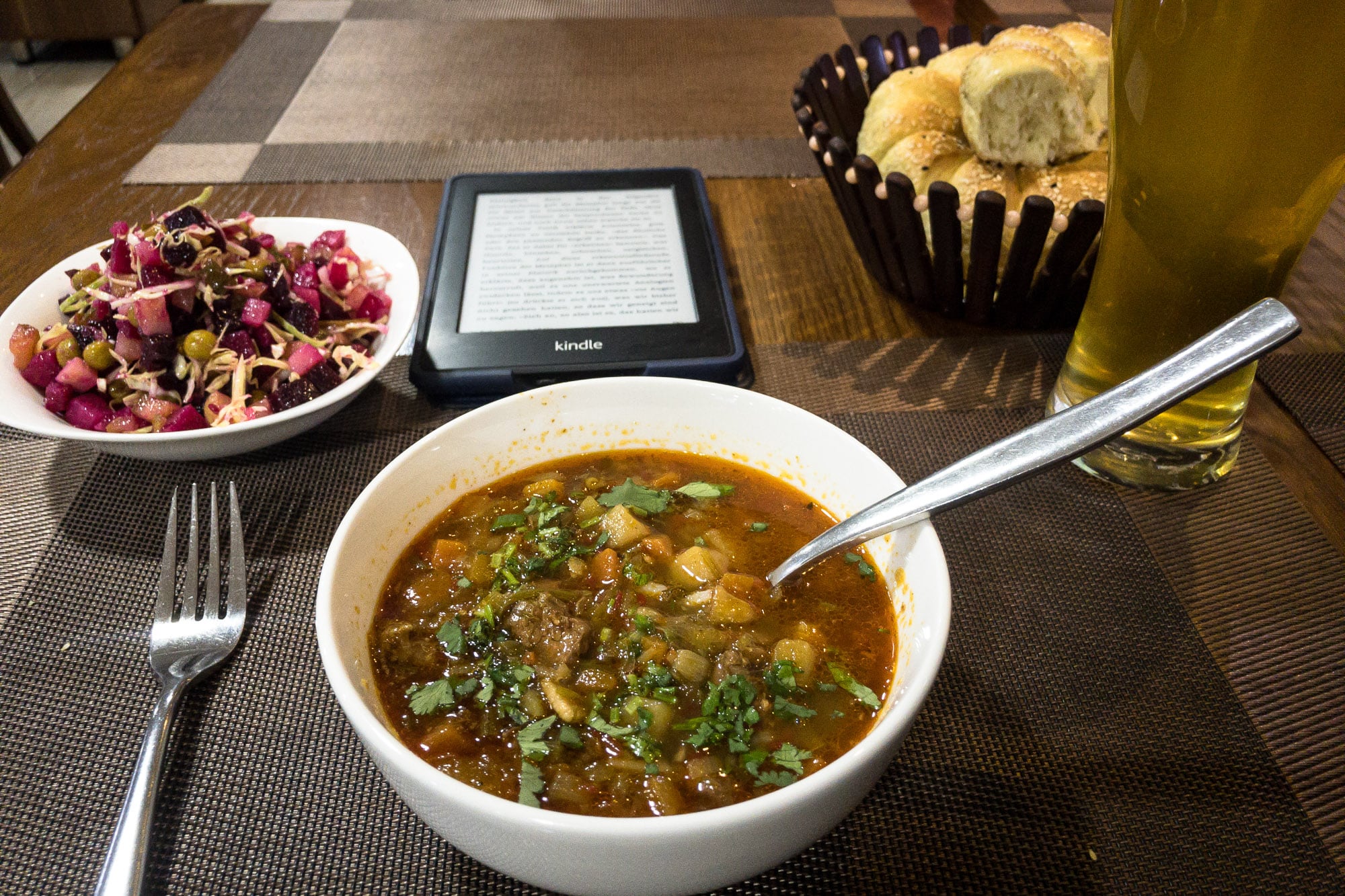 Mastava, Vinaigrette, some bread, and a beer.