When morning dawned, it was time to look the truth in the eye: I had failed. The Caboose was still very rusty.

I was told to get diesel oil to get rid of the rust, so I ventured outside with a glass jar, trying to find diesel oil: 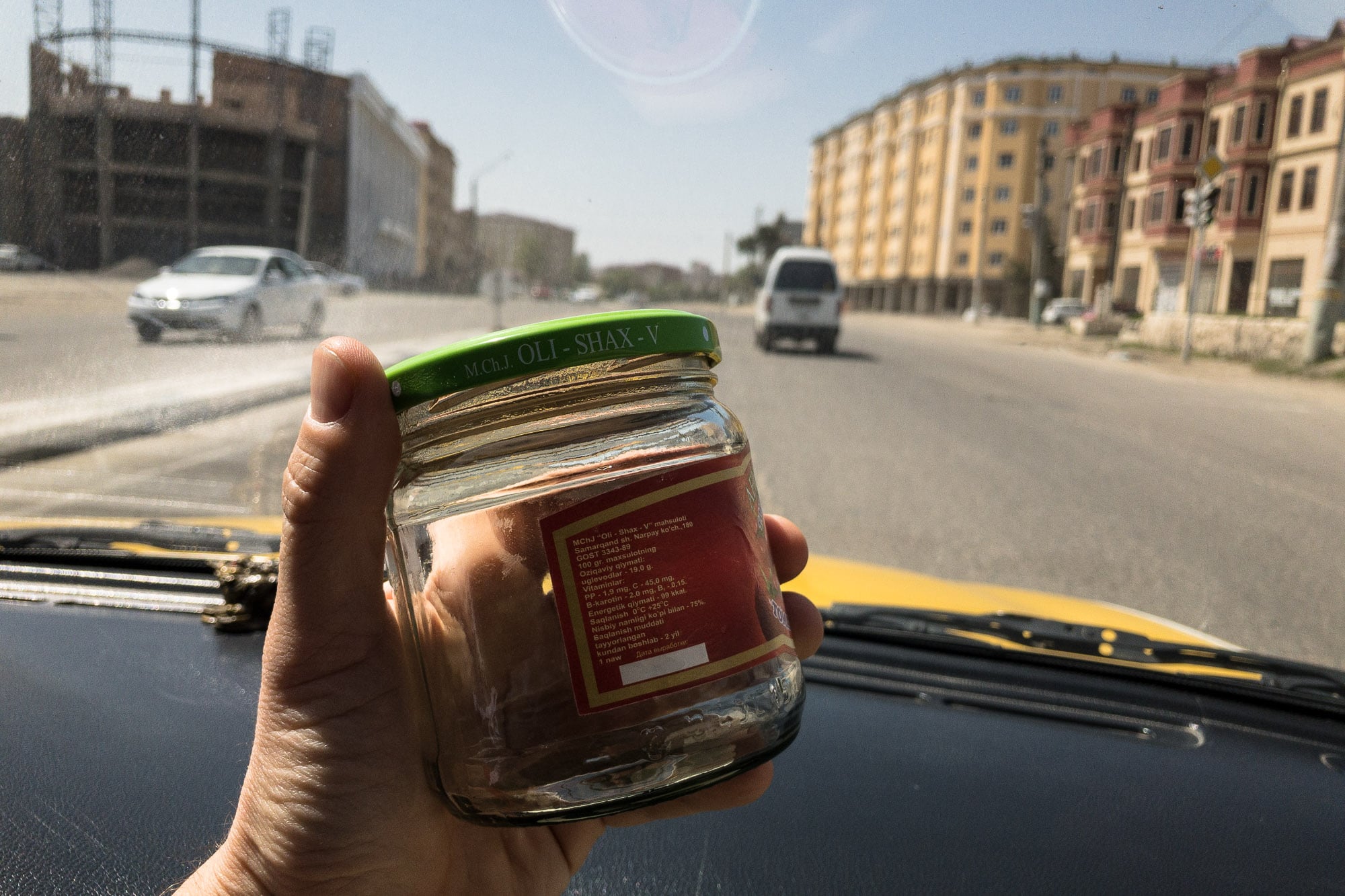 In the end a taxi driver knew a guy who owned a bunch of tools, and they agreed to sand off the Caboose with those tools: 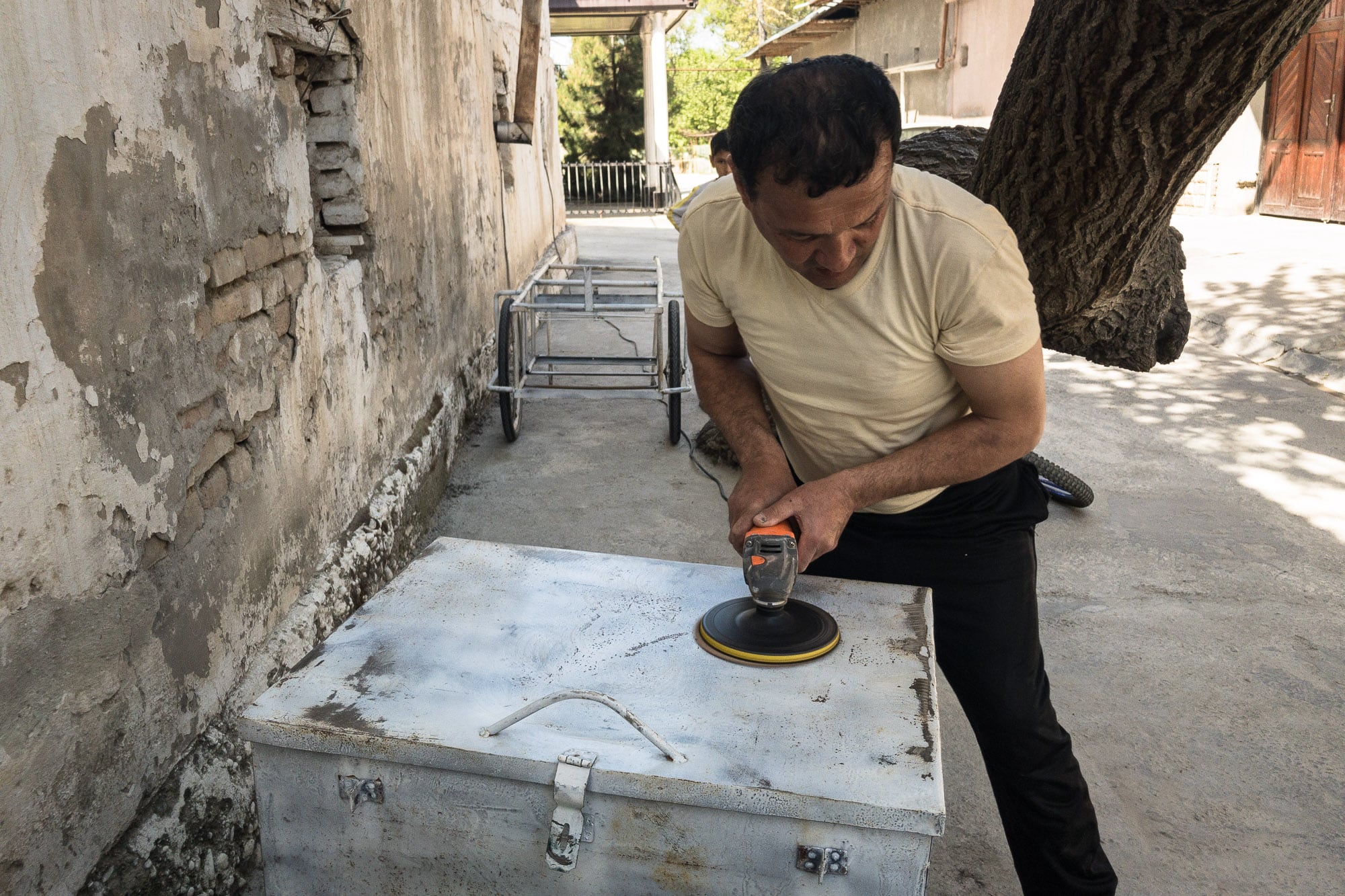 We started working in a little alley:

But then we were told to leave because we were being too loud. So we went to the courtyard of a friend and continued there. And when we were done with the sanding with sanded some more, only by hand this time:

Then we tried applying the plastic foil that I had brought from Germany: 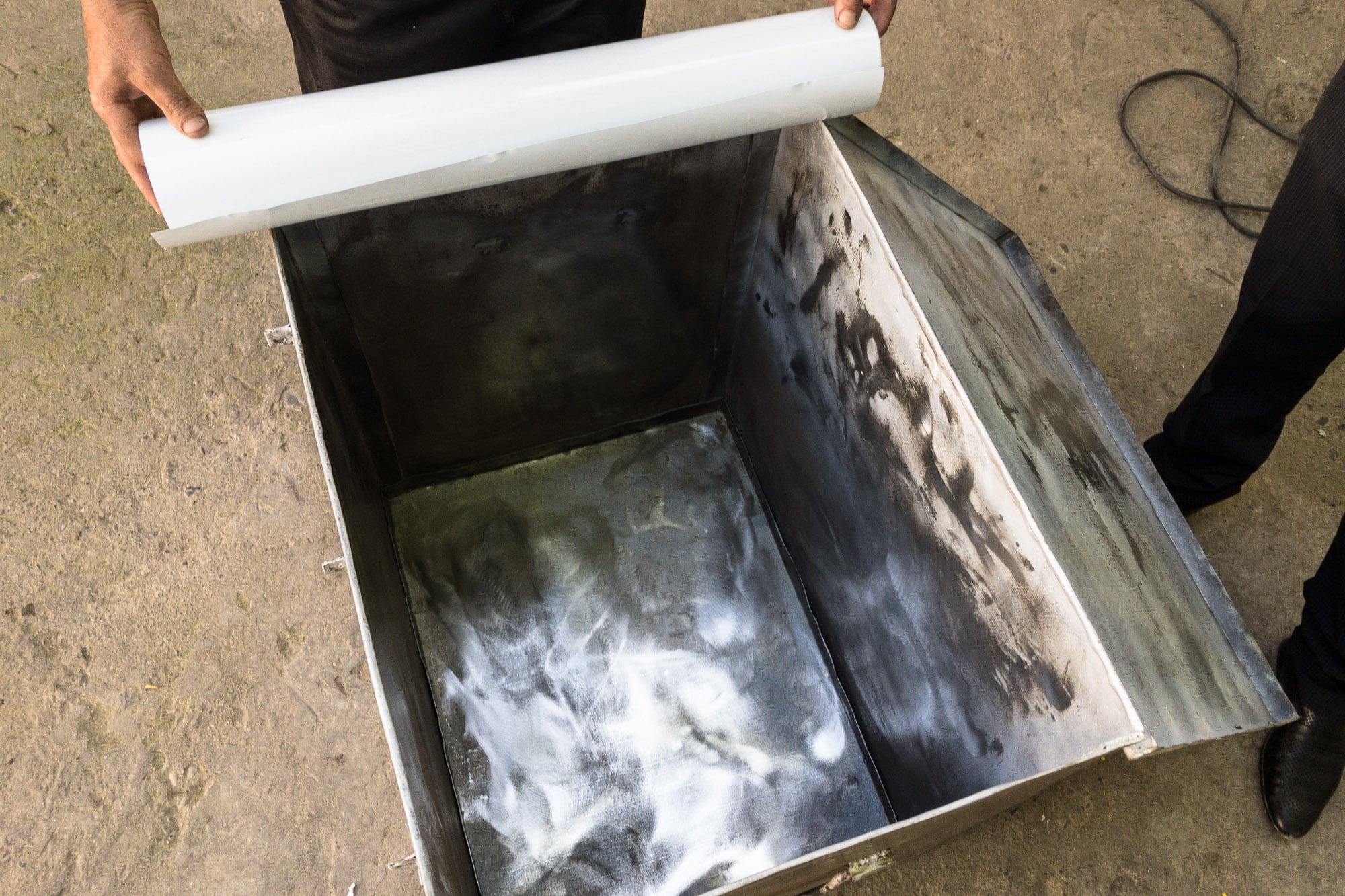 But it turned out to be a bit more difficult than expected. We decided to buy some paint instead: 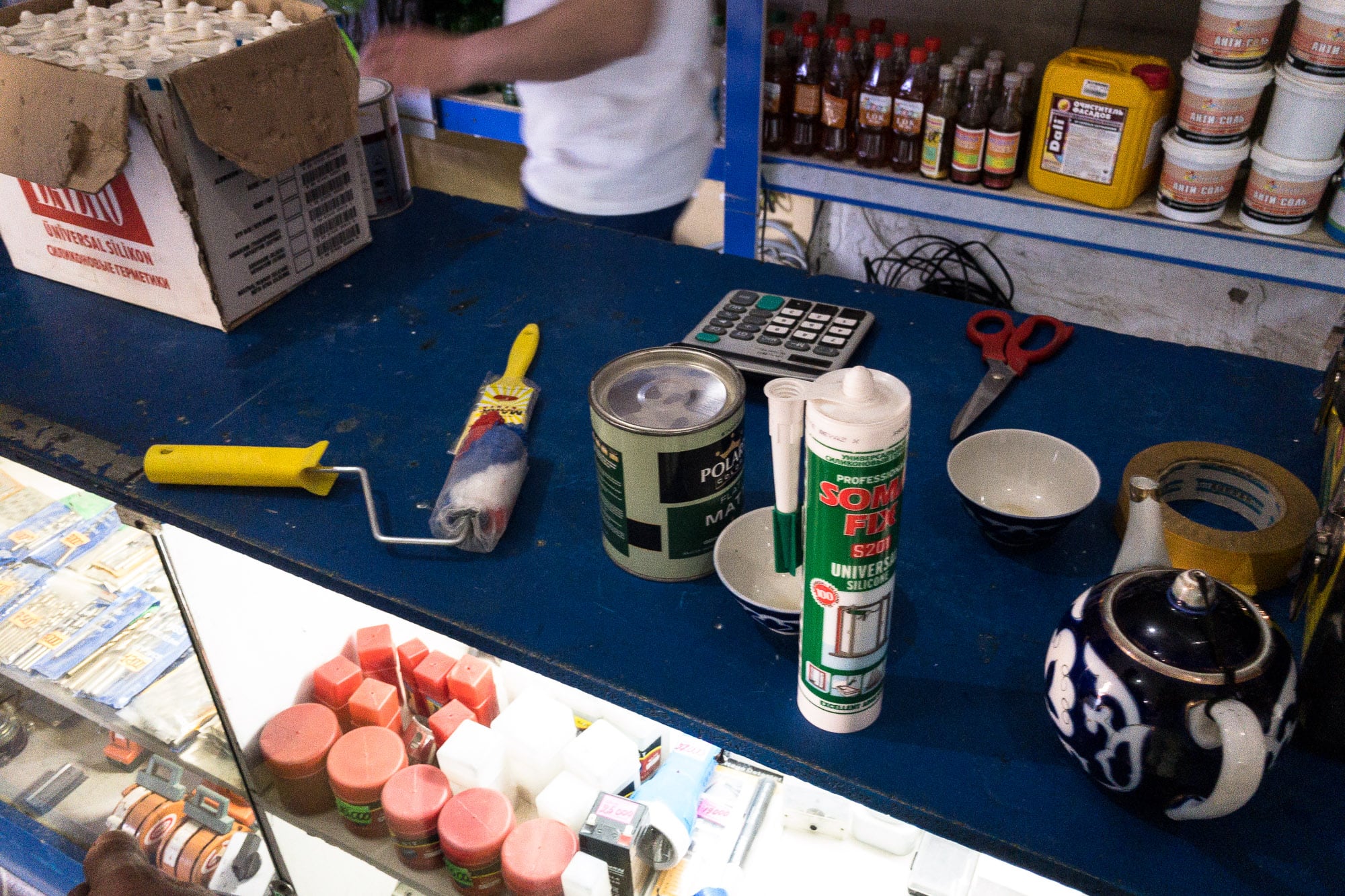 We also got silicone for the corners: 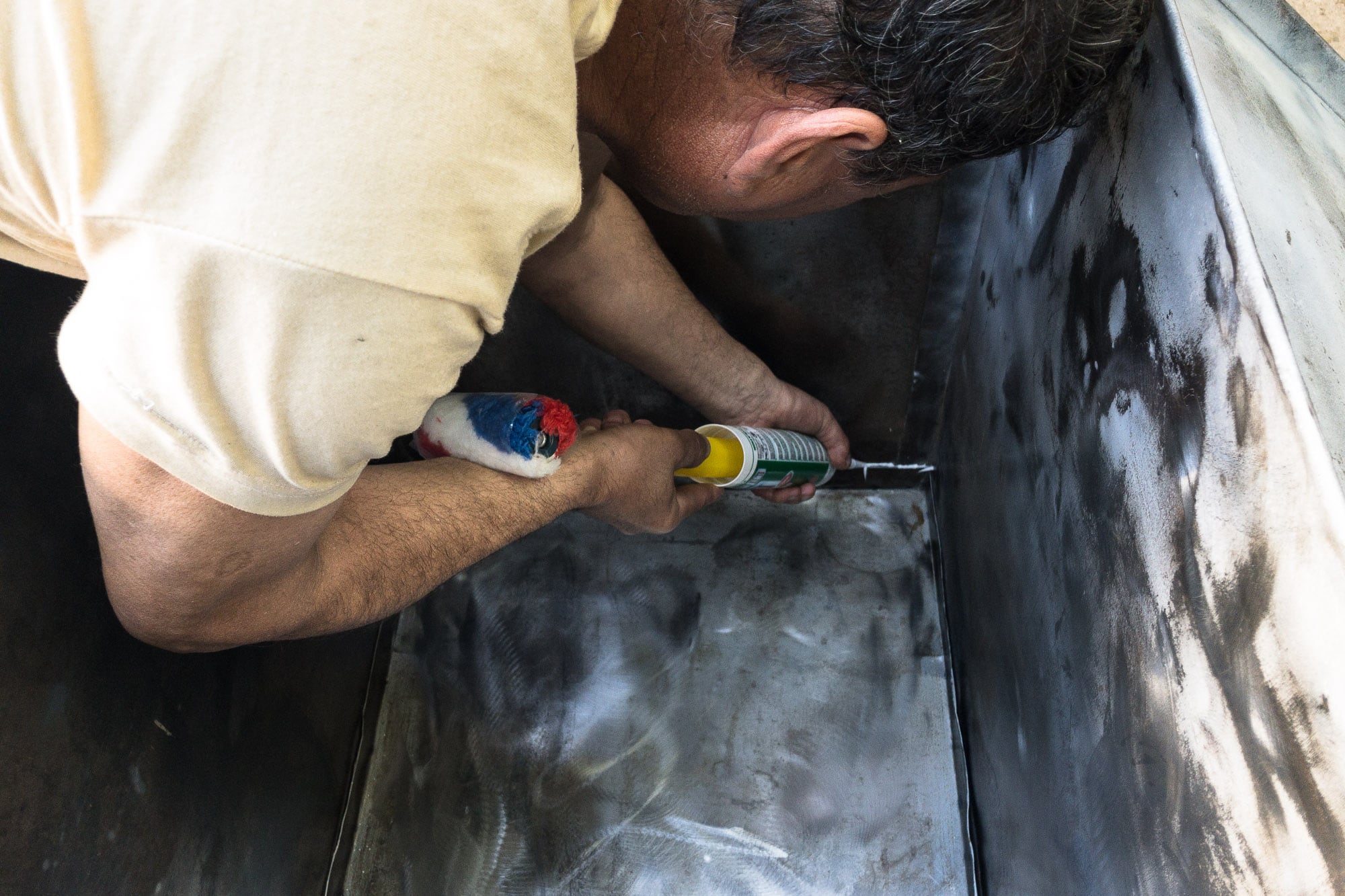 And this was the paint that we used: 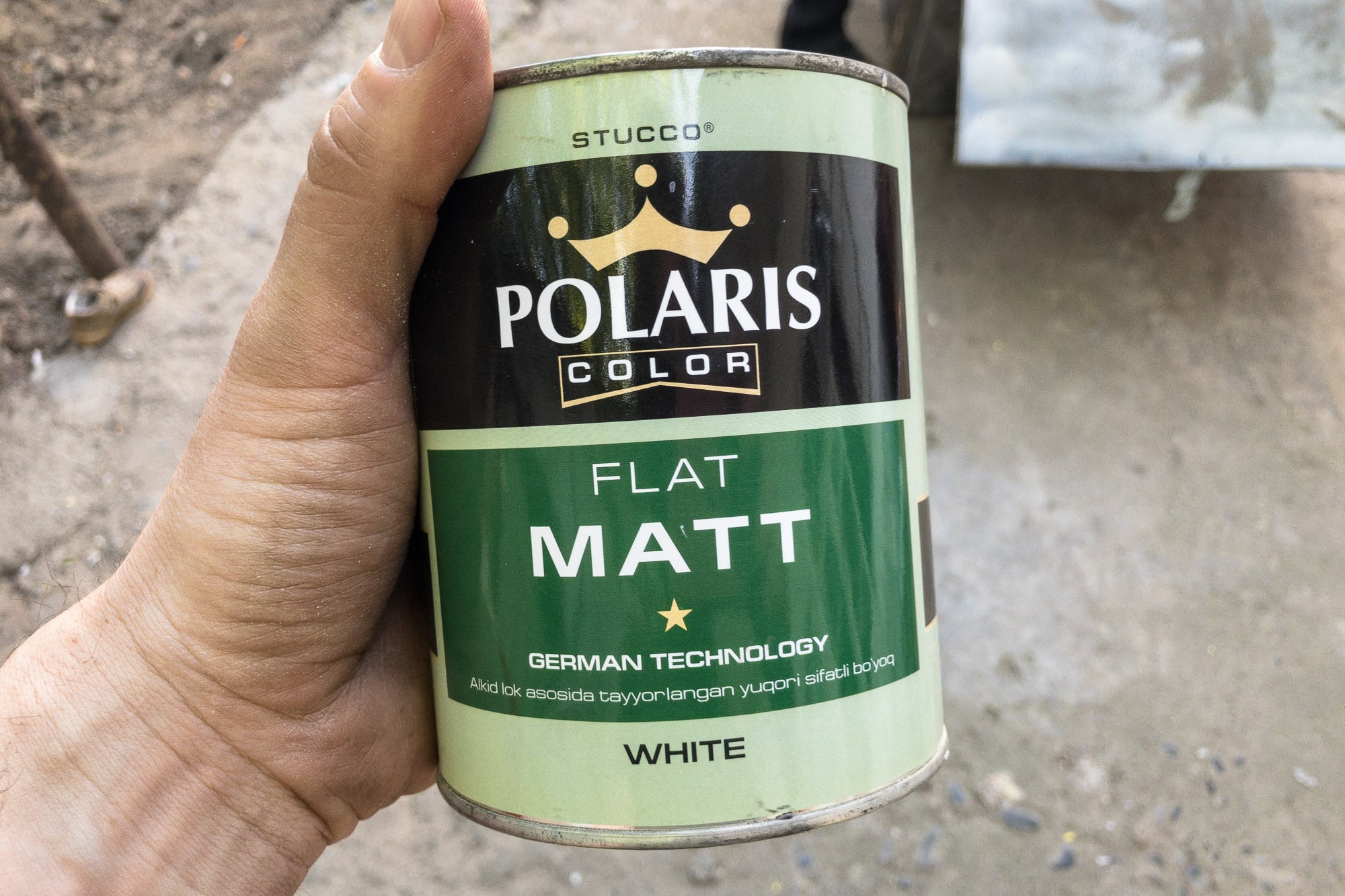 The people in the store told us that it was just what we needed. It was metal paint, they said. No, we didn’t need a primer, they said. This was all we needed, they said.

It got dark early in the courtyards of the old town: 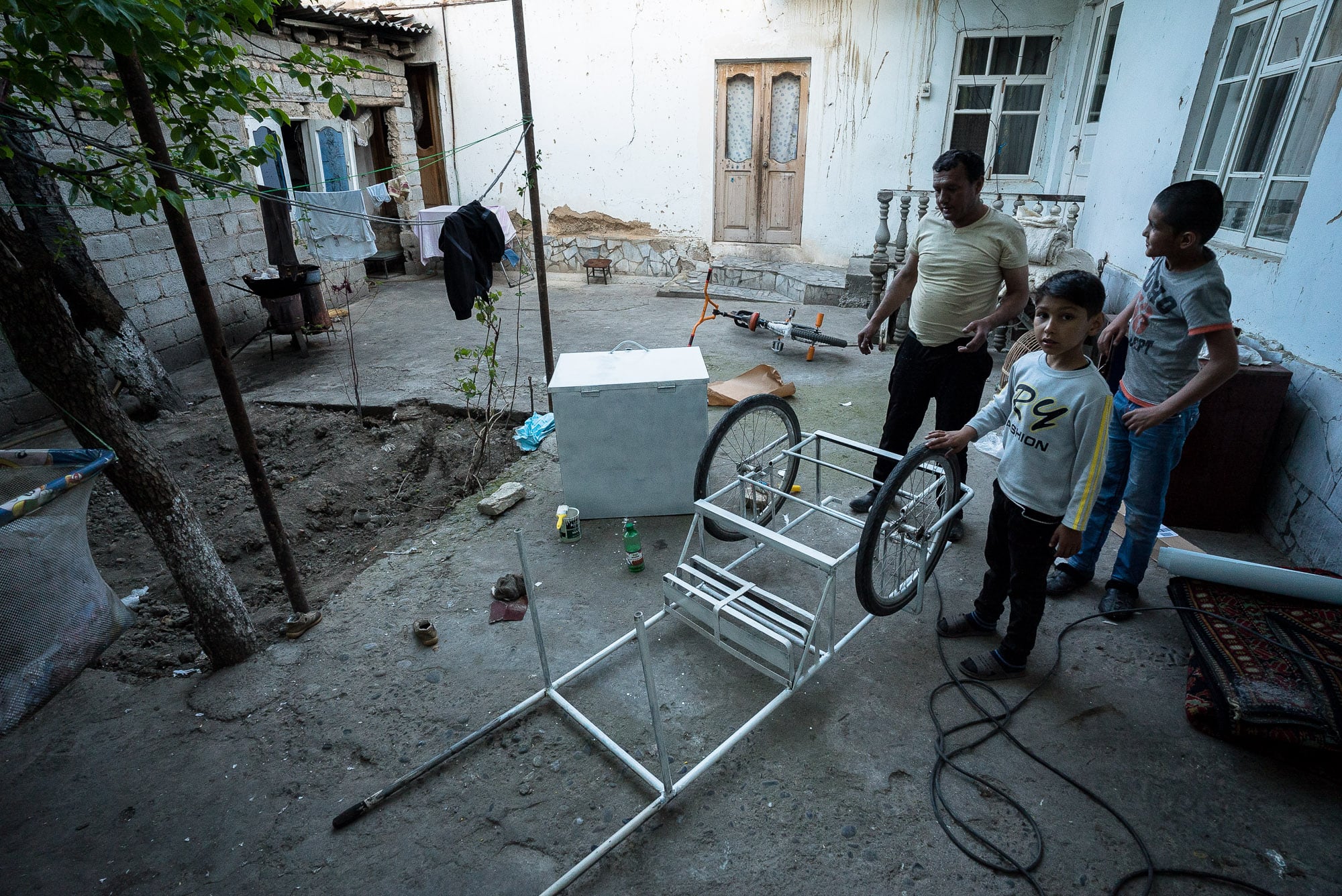 But we worked along anyway, because the Caboose desperately needed that new coat of paint: 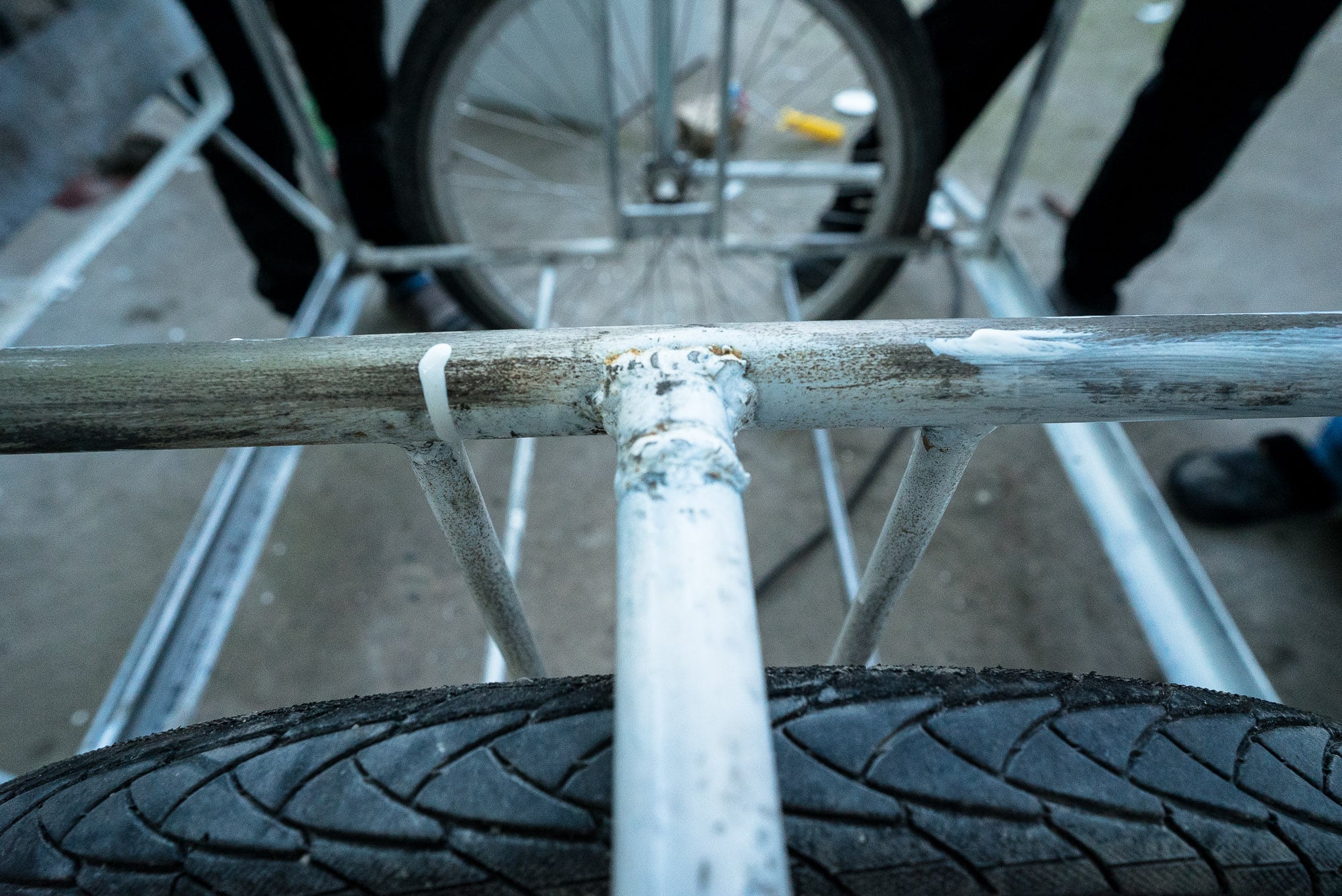 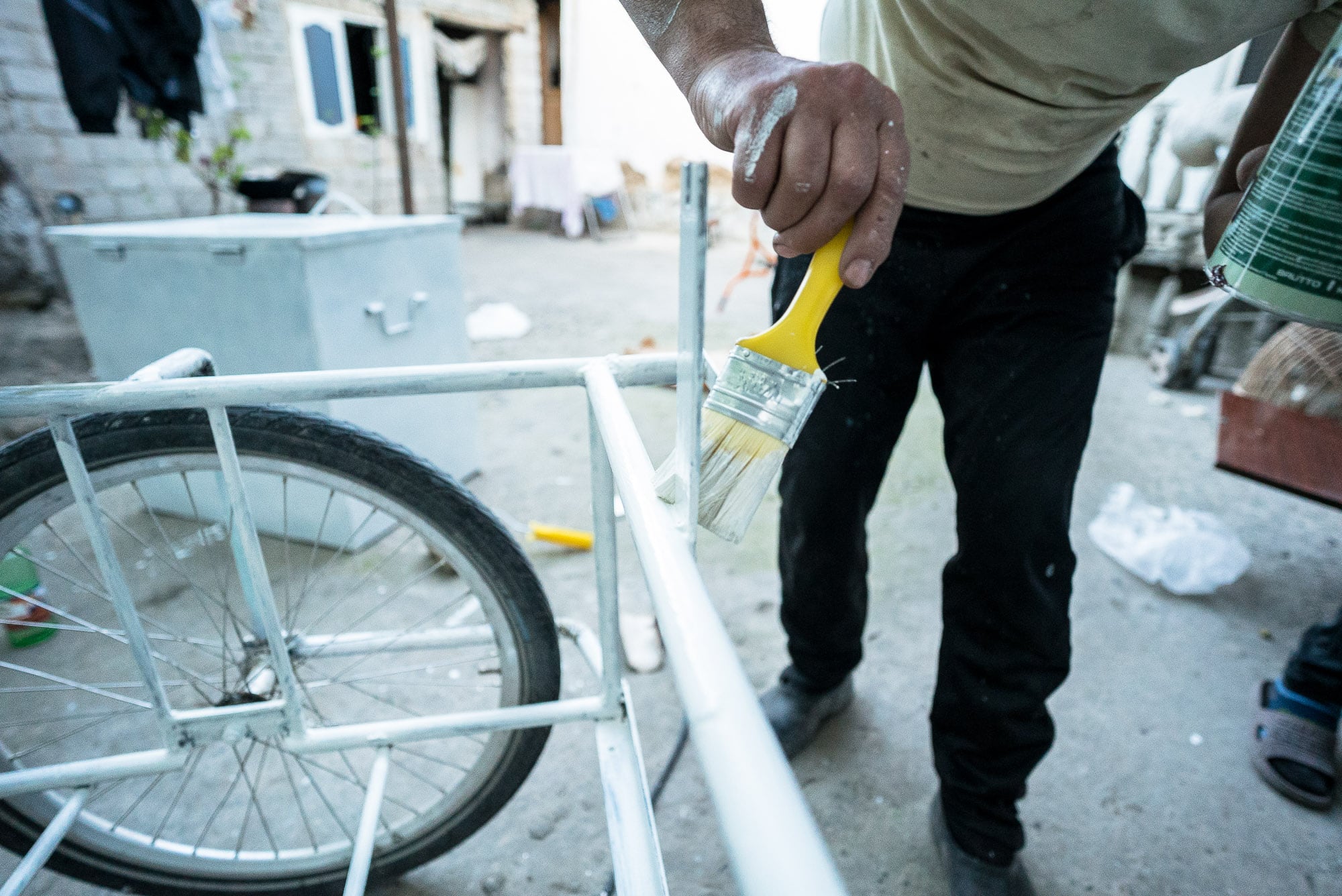 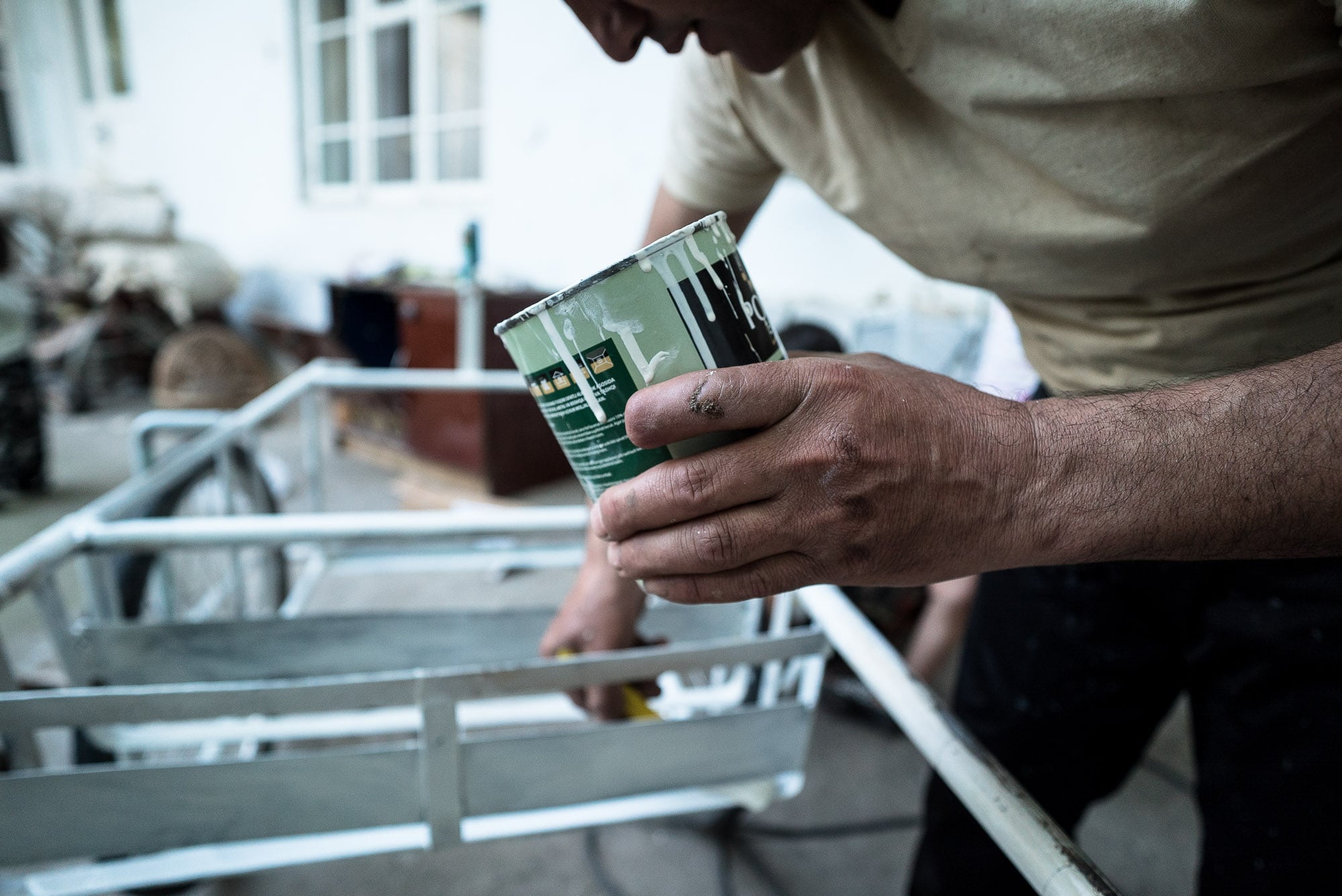 At one point the family who lived in the courtyard decided that I looked as if I needed food, so they gave me some plov: 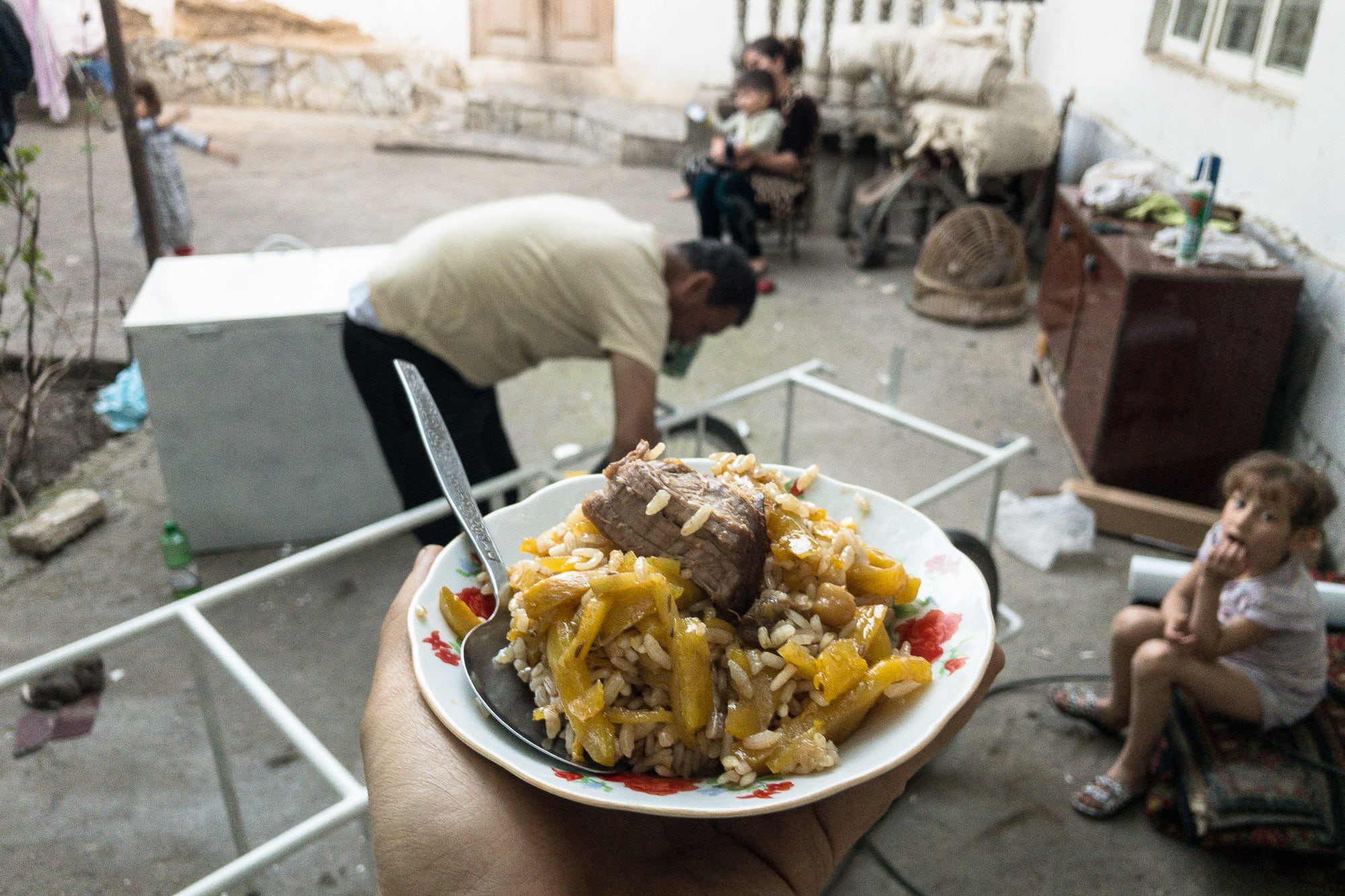 When we were done it was already dark.

I walked home to my hotel, and on the way I saw a young man get his picture taken next to a statue of Tamerlan: 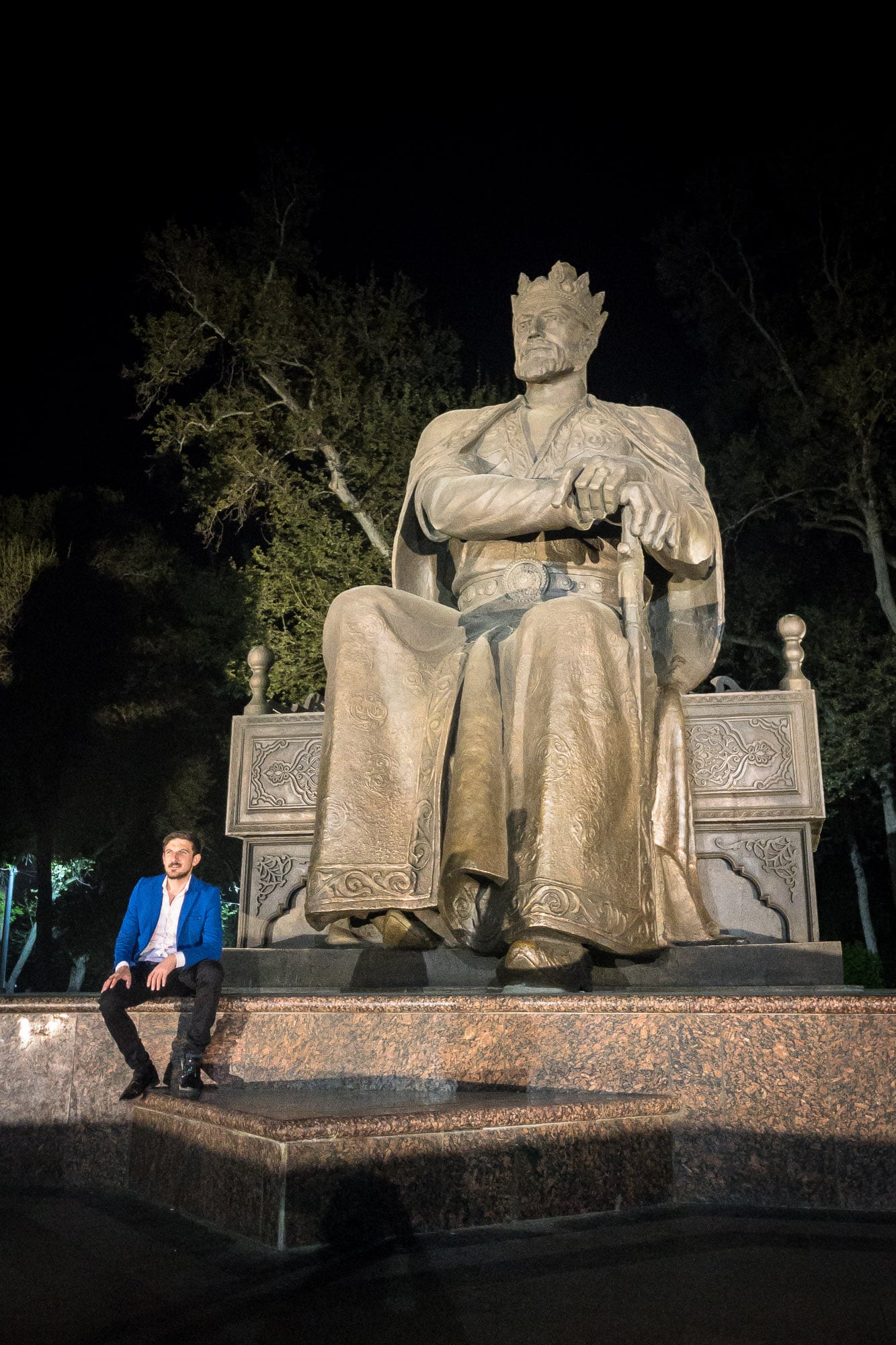