So the Caboose was still healthy: 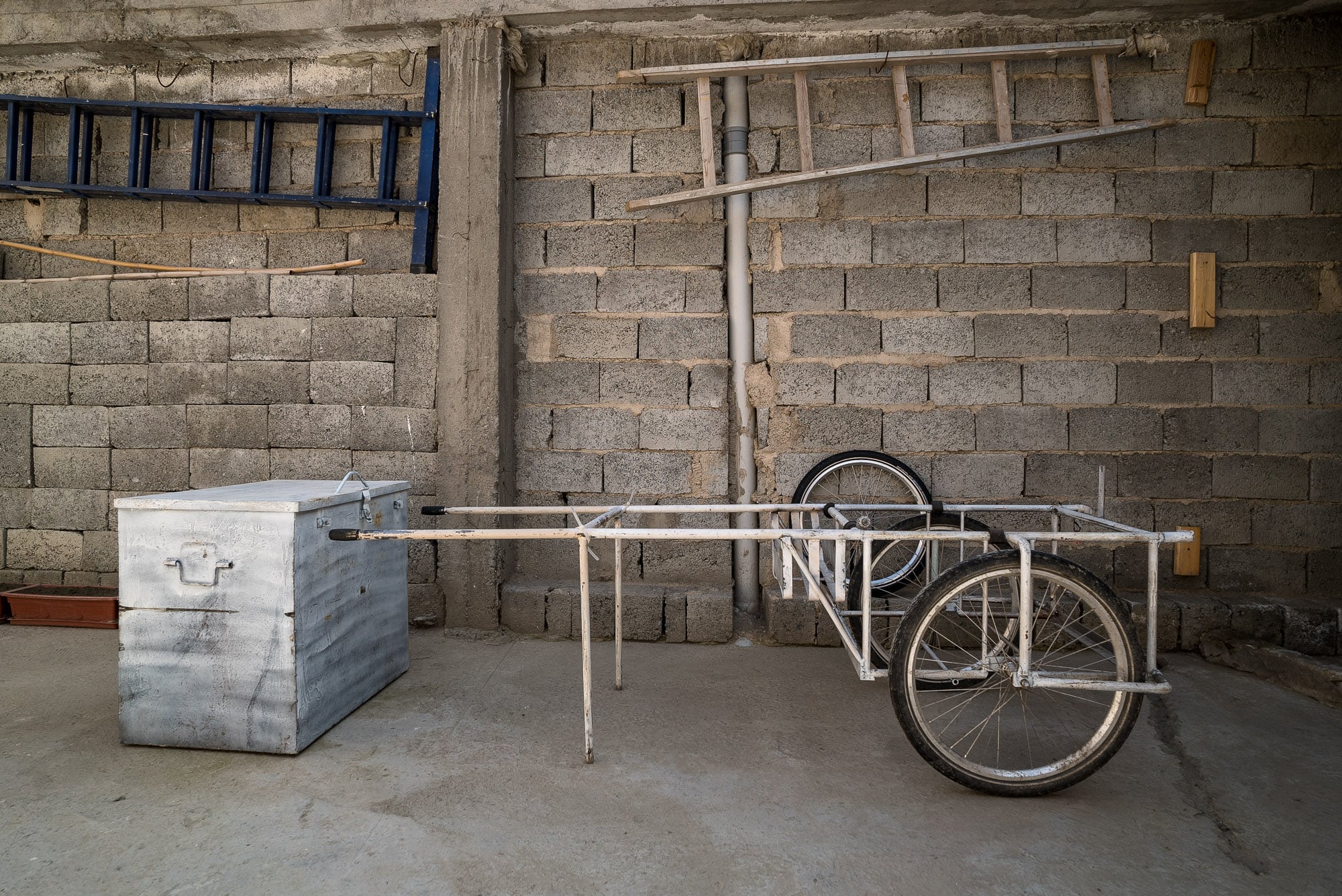 But she was dirty: 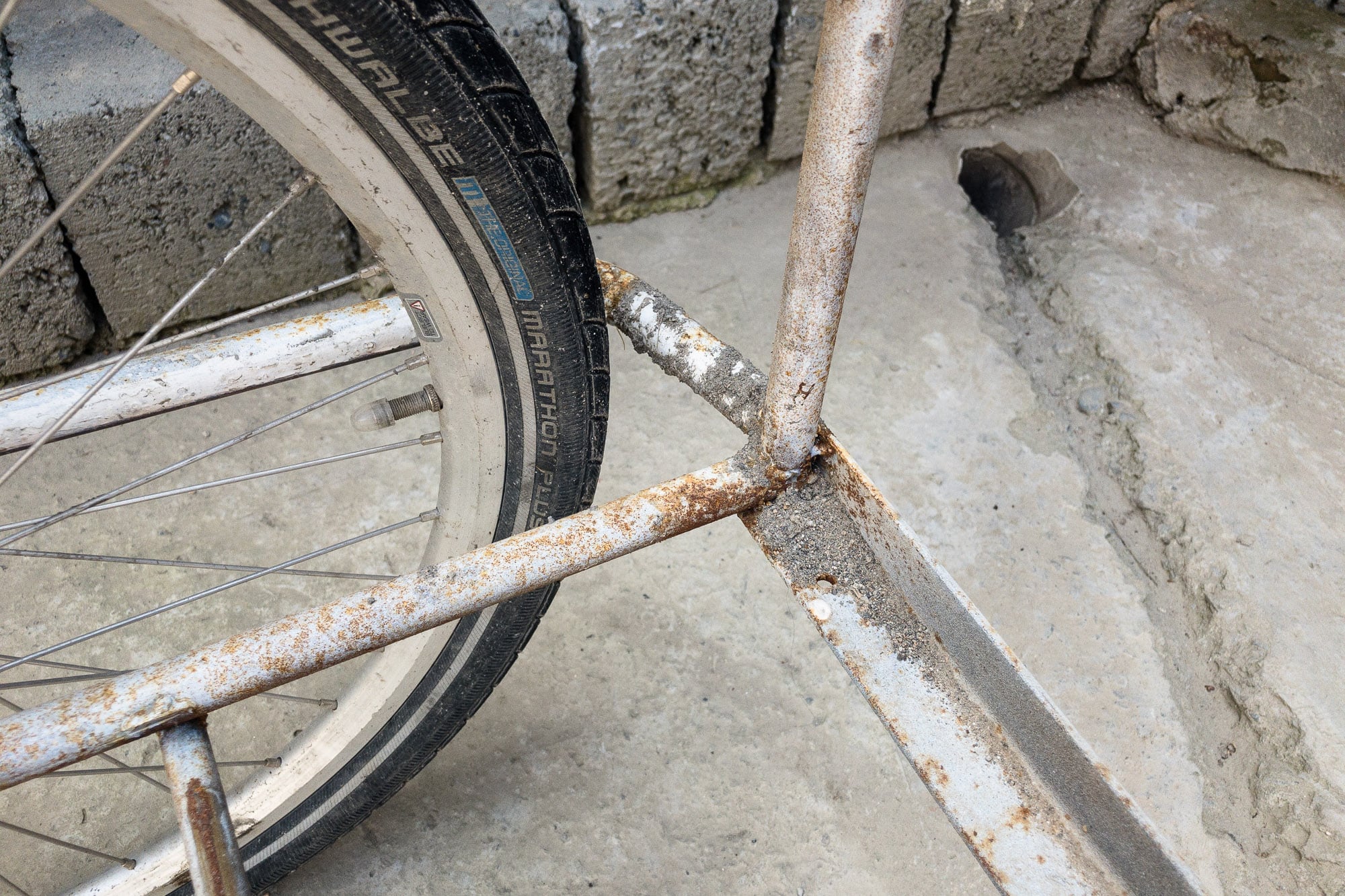 And she was rusty: 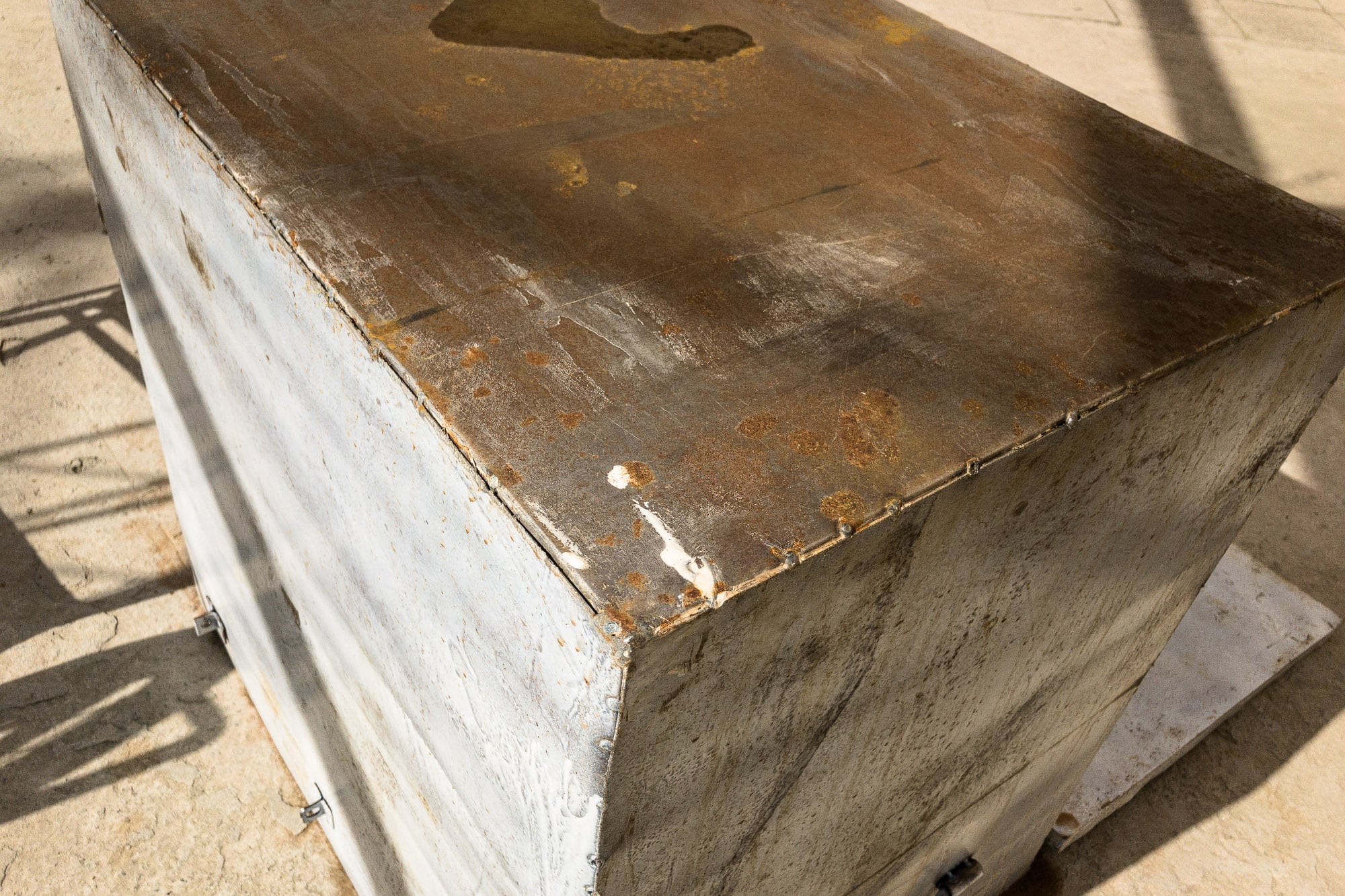 So I figured I had to clean her:

I’d gotten two sponges and a bottle of fanta: 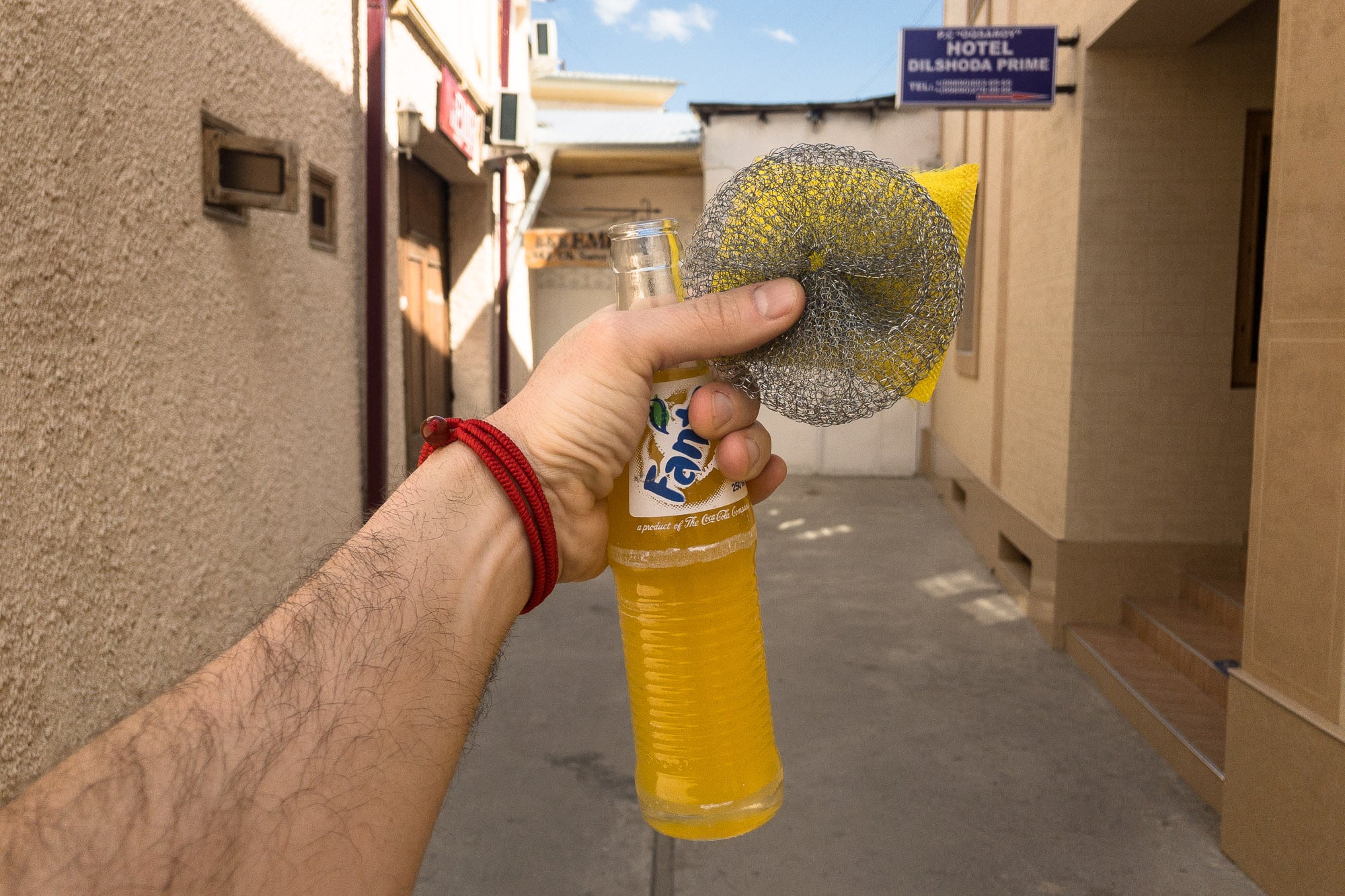 When I was done I didn’t exactly feel happy with the results.

But I decided to go visit Tamerlan’s grave anyway, for I had been wanting to see it for a long time now. I had read somewhere that Tamerlan (or Timur or Amir Timur), the 14th century conqueror who had built so many of the most monumental structures of Central Asia (and killed so many people in the process), had been a red-haired man. I had to try very hard not to imagine him saying the word BIGLY.

But anyway, this was Guri Amir, his final resting place.

I walked around the back: 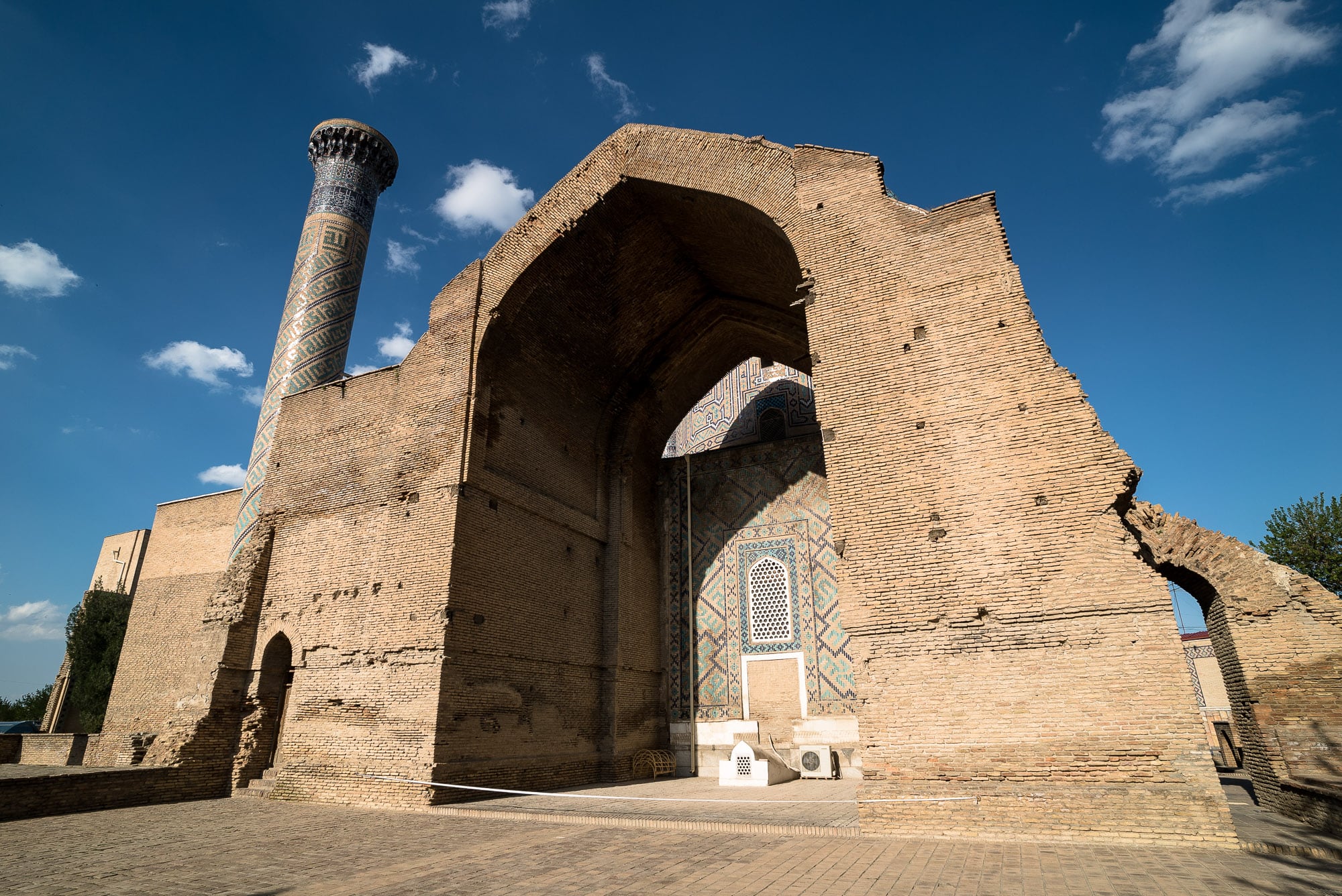 And looked at the sides: 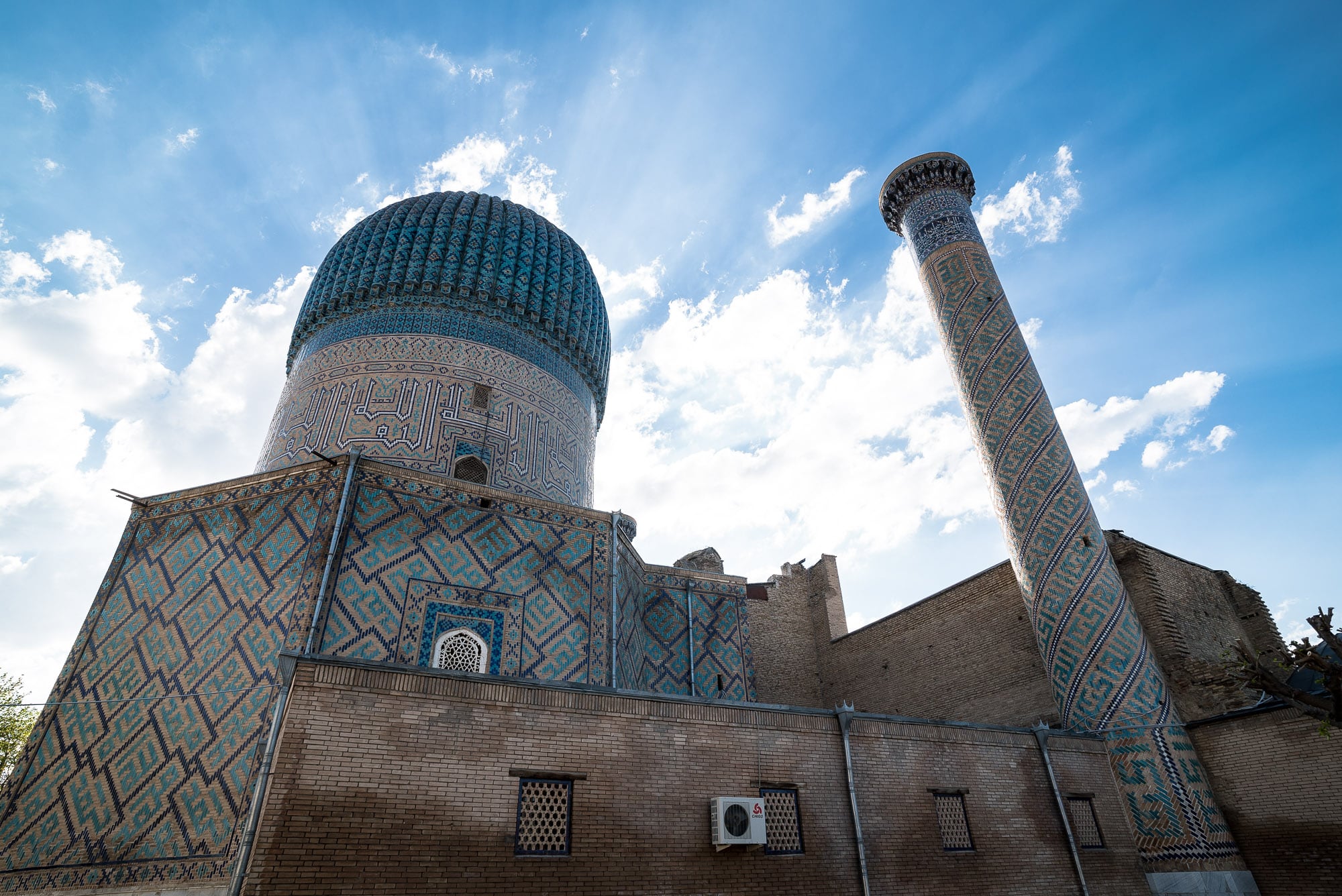 Then I went in: 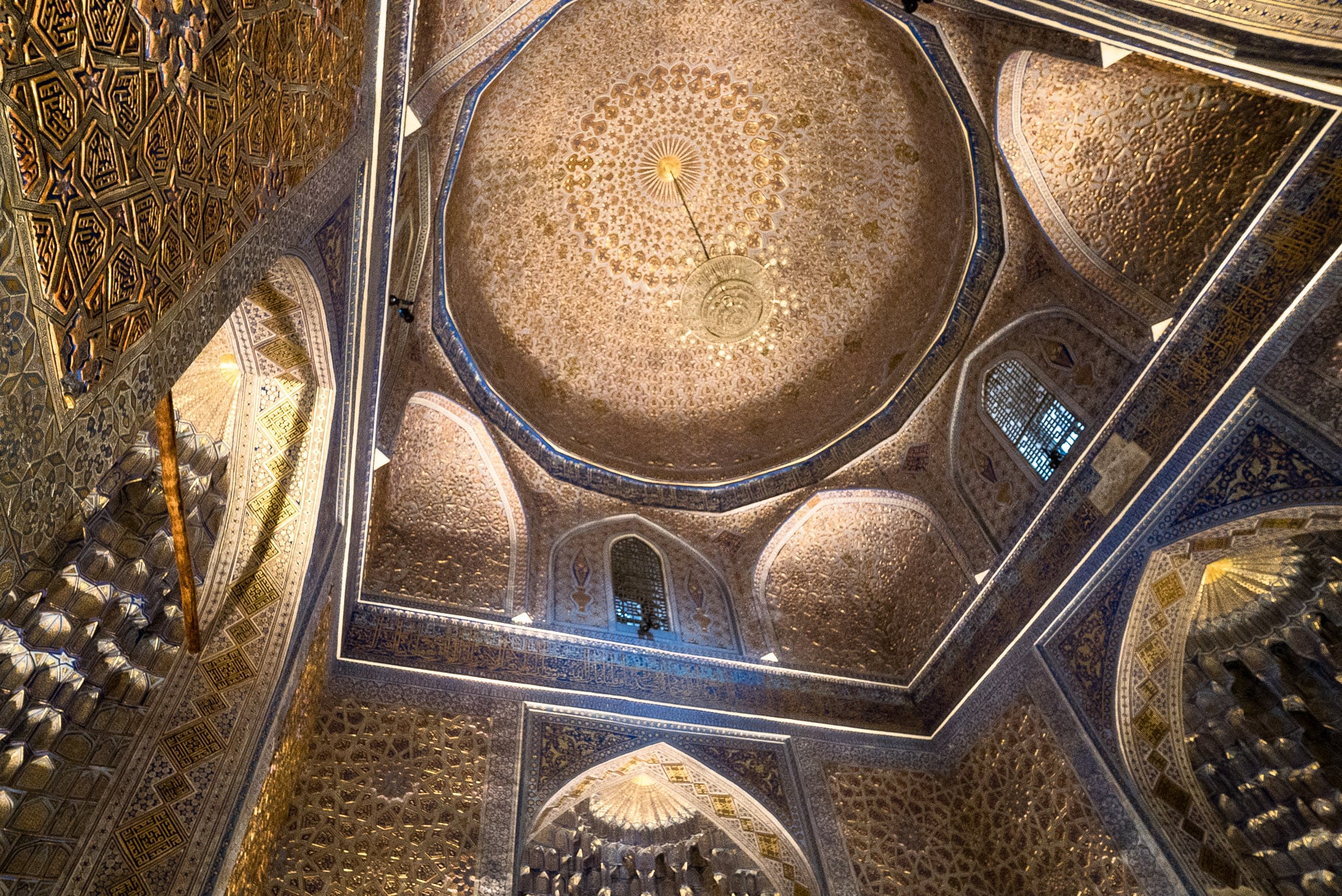 Tamerlan’s sarcophagus was one of the smallest, but it was the in the center, the only one that was totally black: 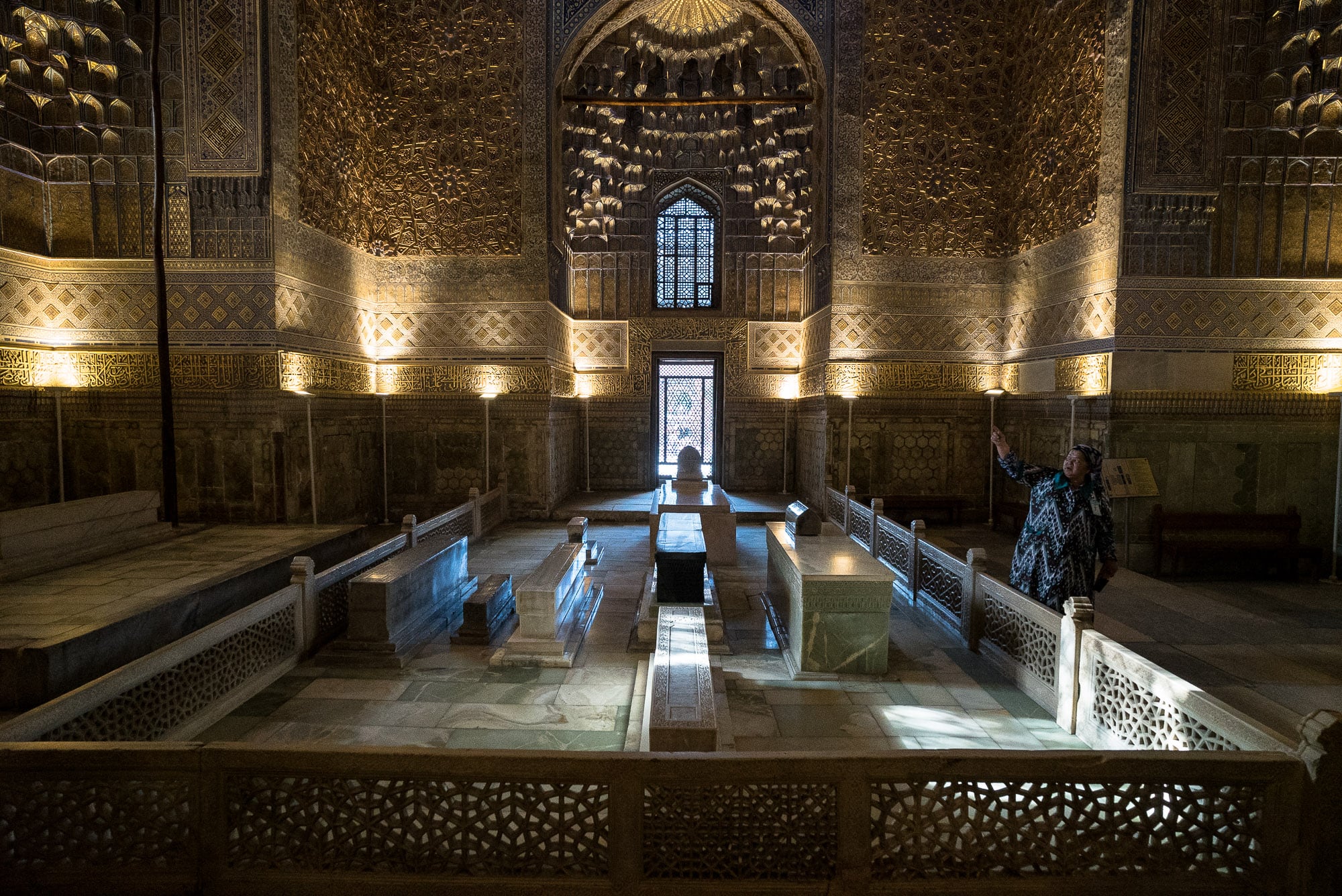 There was a story surrounding this sarcophagus. Apparently an inscription had said that whenever it were to be opened, the earth would start trembling. However, a team of Soviet scientists decided to examine it in 1941, upon which the USSR was attacked by Nazi Germany, leading to what could be described as a trembling of the earth.

Yet that sarcophagus looked so unimposing, even humble.

I stayed a while, then I walked around outside some more.

People had told me that the Russian, Soviet, and Uzbek governments respectively had done extensive renovation work on the whole site, and it clearly showed: 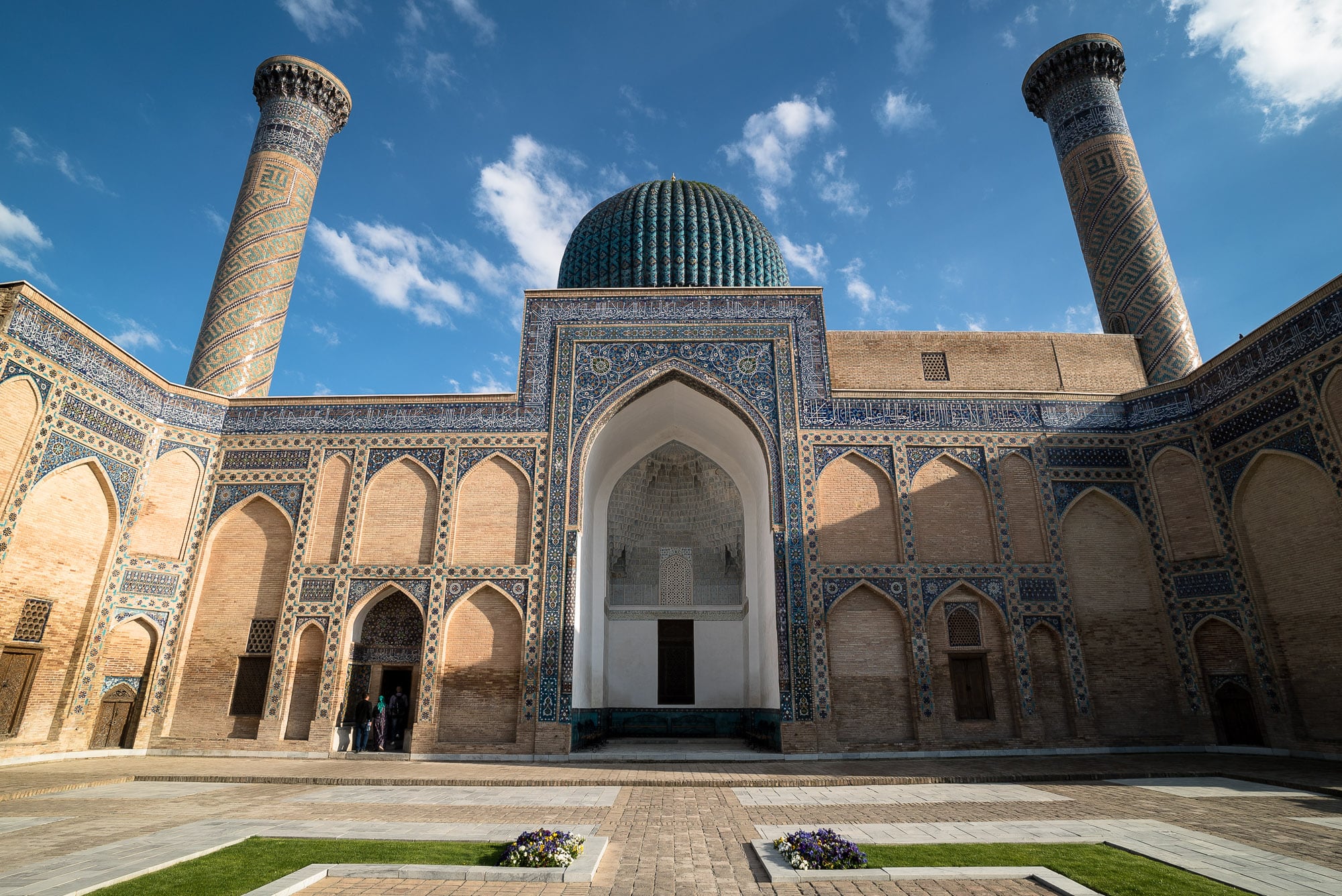 Only some of the details still looked old. 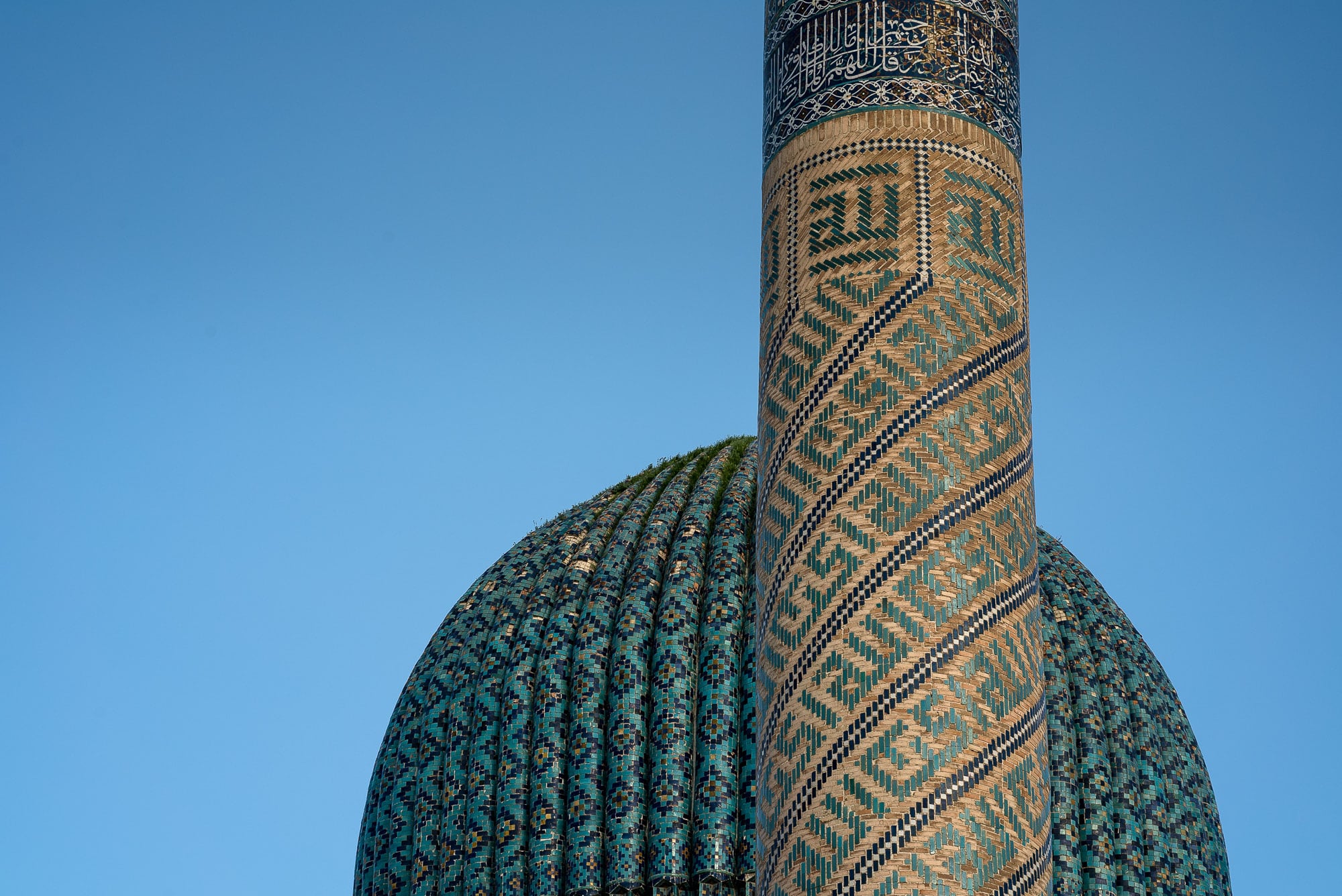 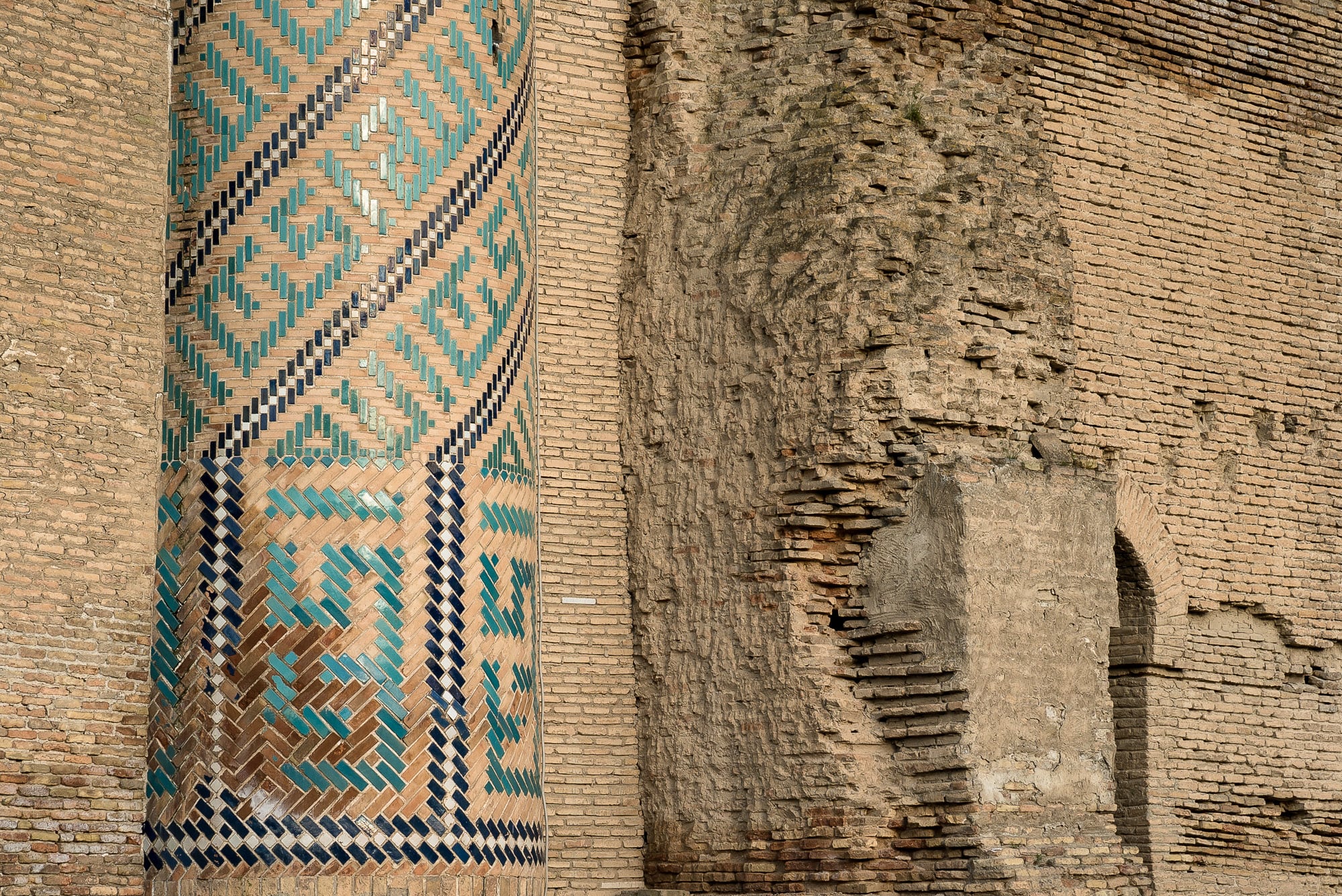 Like the small wooden door that was next to it: 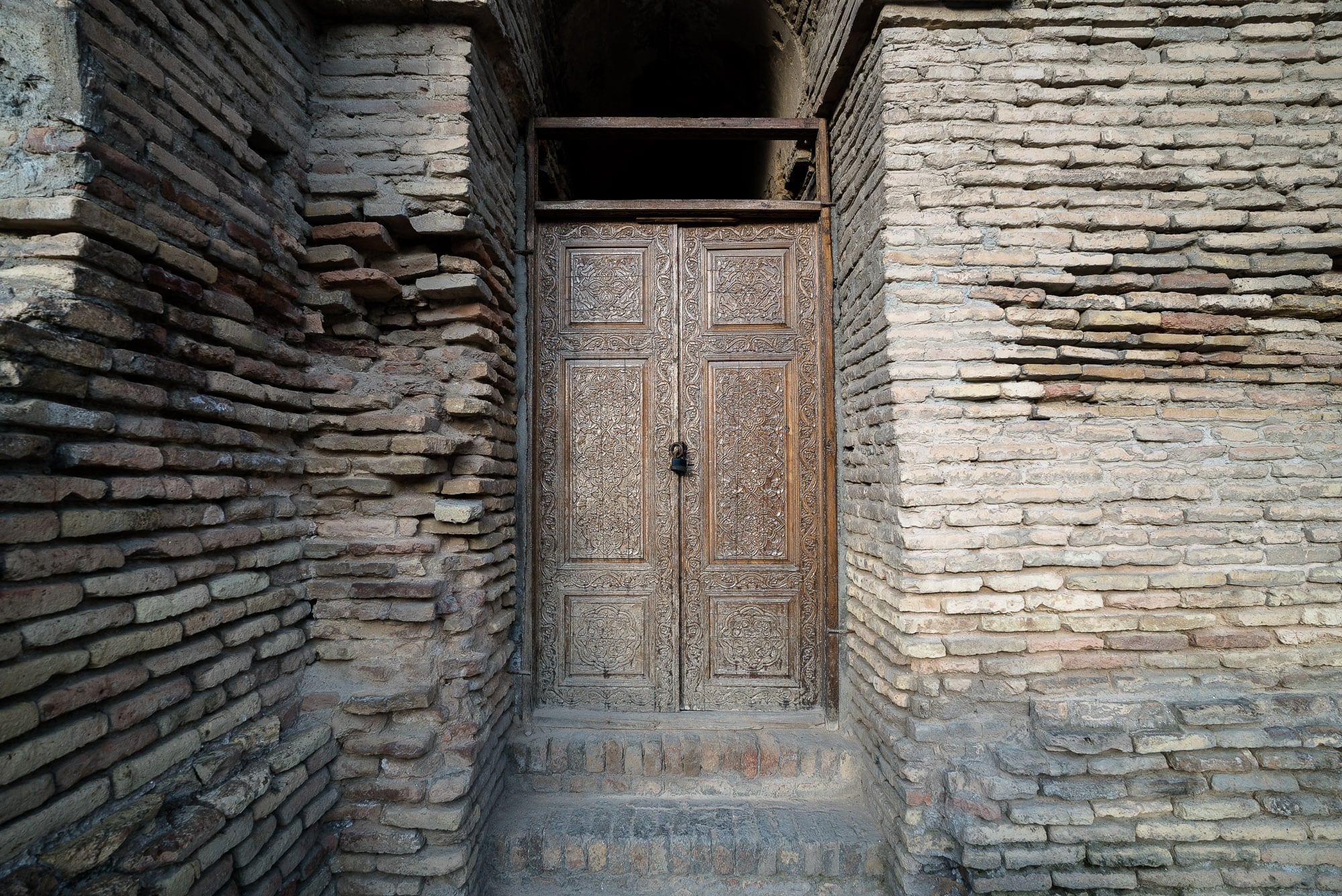 Like the arch that was next to the door, the one that was plain and unadorned: 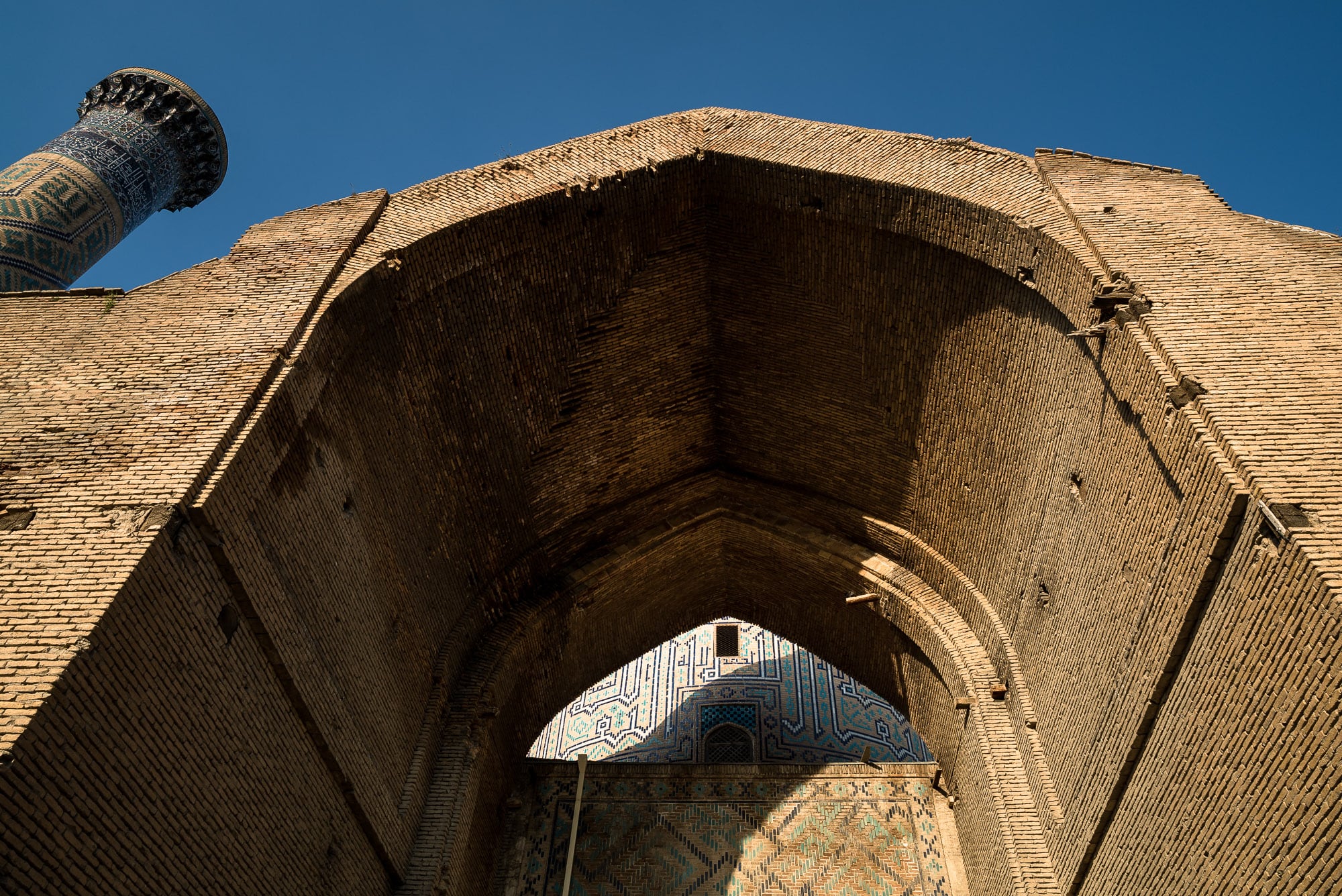 I liked the parts that looked old.

But I also liked the restored ones.