I ended up packing my stuff in the morning.

Can’t tell the difference? Well, there is one, and it’s crucial.

If I had a ticket from Hannover via Moscow to Samarkand, my luggage would get checked through in Moscow, meaning that I would stay in the transit area of the airport and never set foot on Russian soil.

I was perplexed. How had I ended up with two individual tickets? I had bought both tickets in one order on one site and from one carrier. 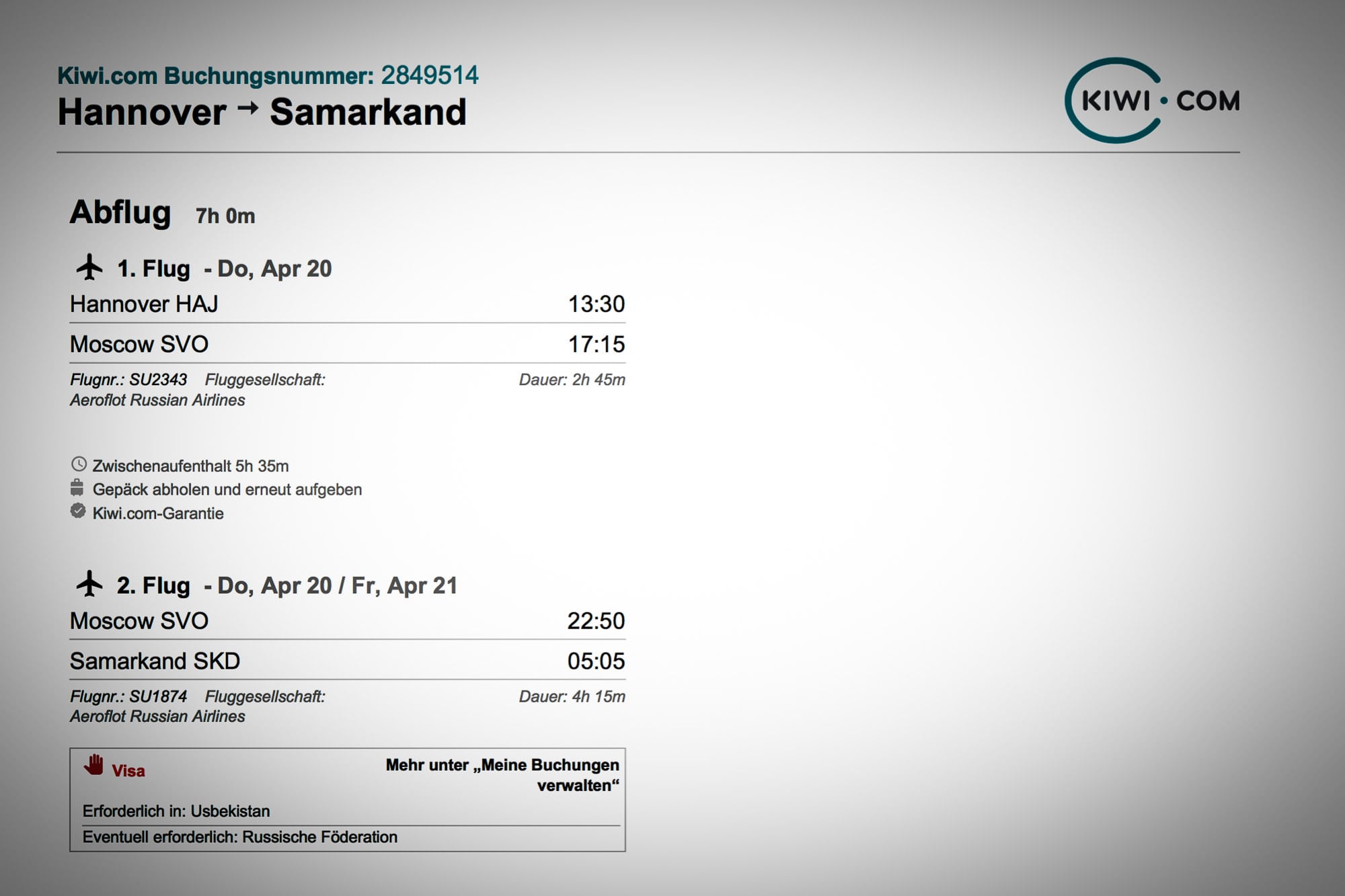 See the part in red where it alerts me to the fact that I need a visa for Uzbekistan? Well, yes. I knew I needed one, so of course I had gotten one. But what about Russia? All it says is that I’m going to have to pick up my baggage in Moscow, and that I might “possibly” need a visa for Russia.

I called the website where I had bought the ticket and asked them why I had ended up in this situation; stranded in Hannover. They told me it was my own fault. They said they had made it very clear that I needed a visa for Russia.

“Is this the first time you are getting this kind of call?” I asked them.

“Then don’t you wonder why people keep calling you about this kind of issue?”

“I have a theory”, he said. But when I asked what kind of theory he said he wouldn’t tell me, because of a policy – the policy of always being friendly to customers.

Long story short, in the end I had to buy a new ticket. The ladies at the counter were all very helpful, and they said they didn’t understand the website either.

To me, the behavior of the site seemed rather typical for certain businesses.

In my view cheating in China and in Europe was very different. When someone in China wanted to cheat you, for example, then they did something illegal to you, which meant that in its own way it was a real honest-to-god cheat. In Europe, however, cheating was more complicated. Most business did it in a way that wasn’t really against the law. They made you sign something here and something there, and if you failed to carefully read the boilerplate, then bamm, they had you. It was what you could call “legal cheating”.

In my case a cheap ticket offer had led to my paying for two seats instead of just one.

I boarded the flight to Moscow feeling rather bummed: 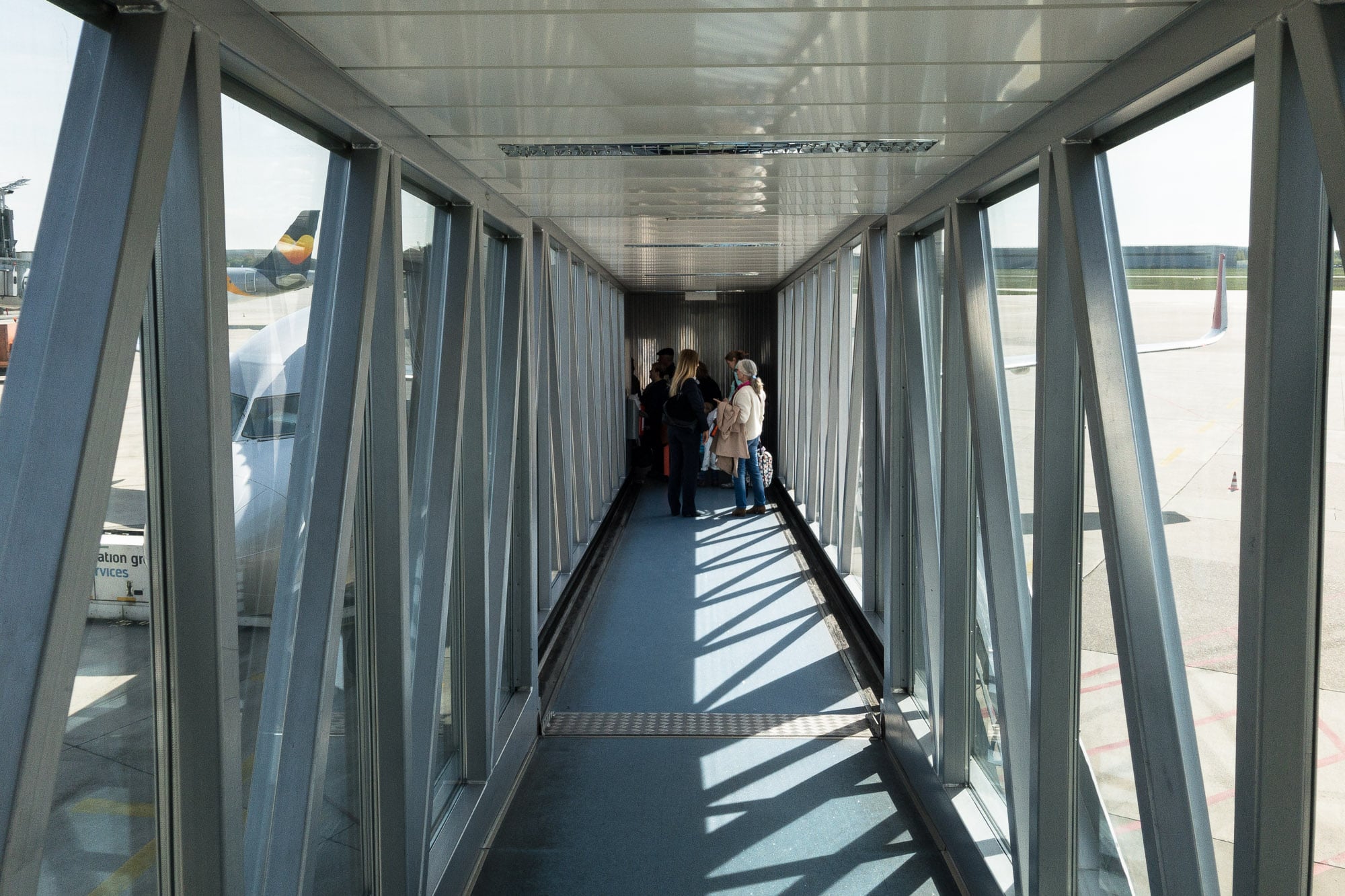 And then I got an email in which I was told that my visa application for Turkmenistan had been rejected. That didn’t exactly cheer me up either. 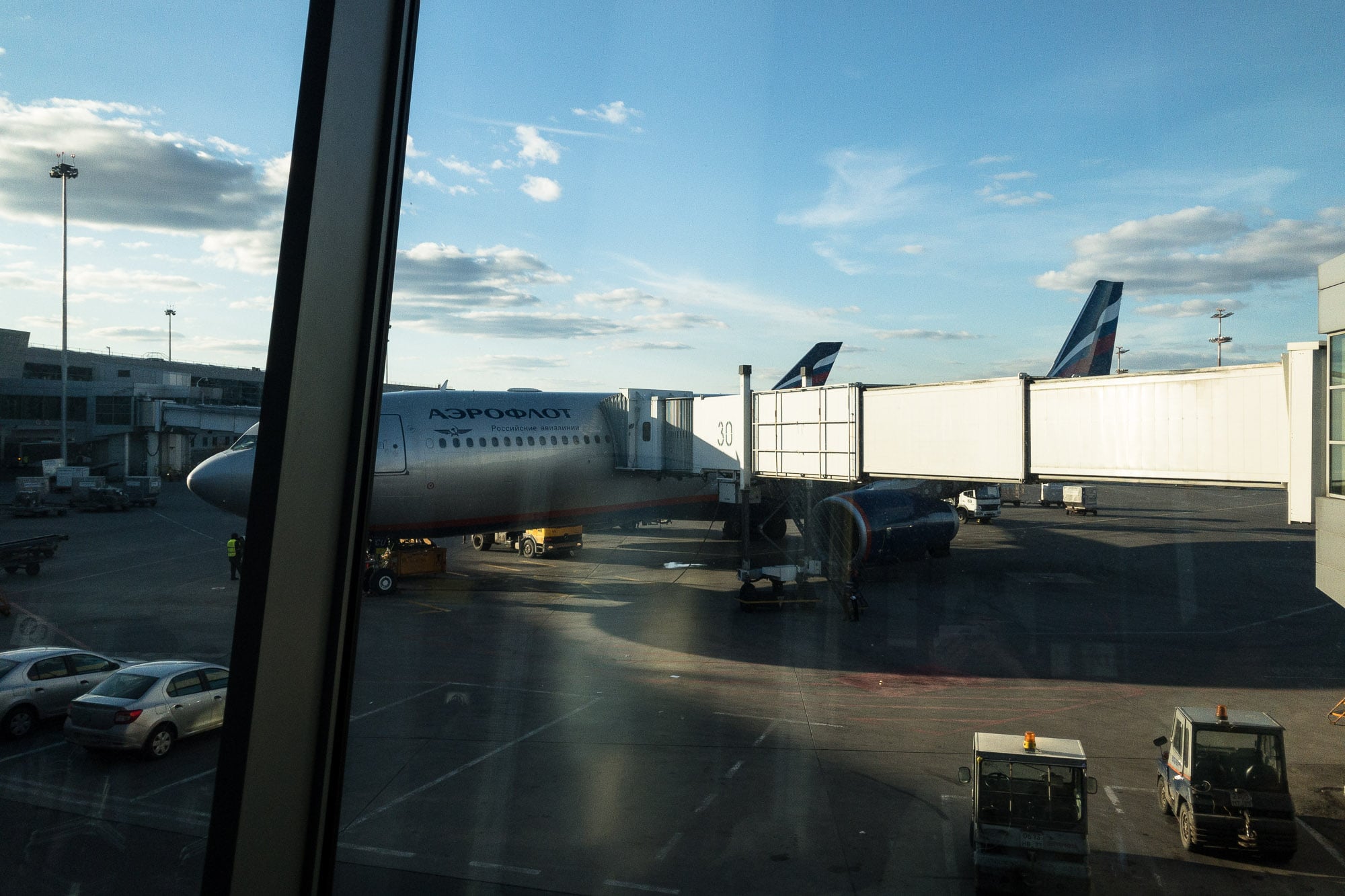 When I arrived in Moscow, there was this feeling of resignation. And things didn’t get better either. My flight to Samarkand turned out to be packed, with people bringing so much carry-on luggage and so many crying babies that it felt like a marshrutka ride: 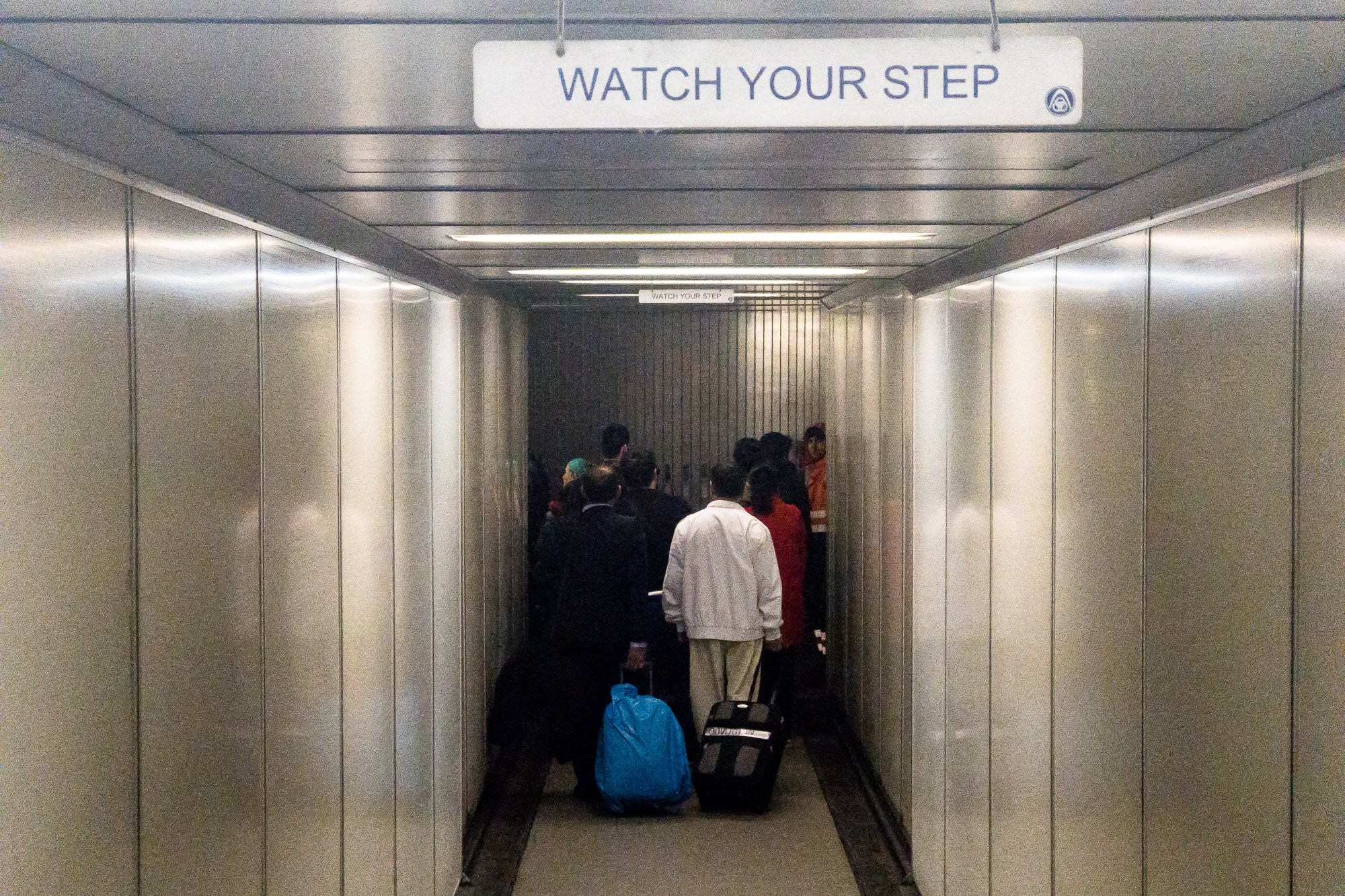 “Listen”, I asked the air hostess, “where is my other seat?”

“Your other seat?” she asked.

She gave me a perplexed look.