Today was going to be tough. Two presentations in one day. I got up at six thirty. Then I had breakfast. Then I hopped on a train to Aachen.

My first presentation was to take place in a movie theater: 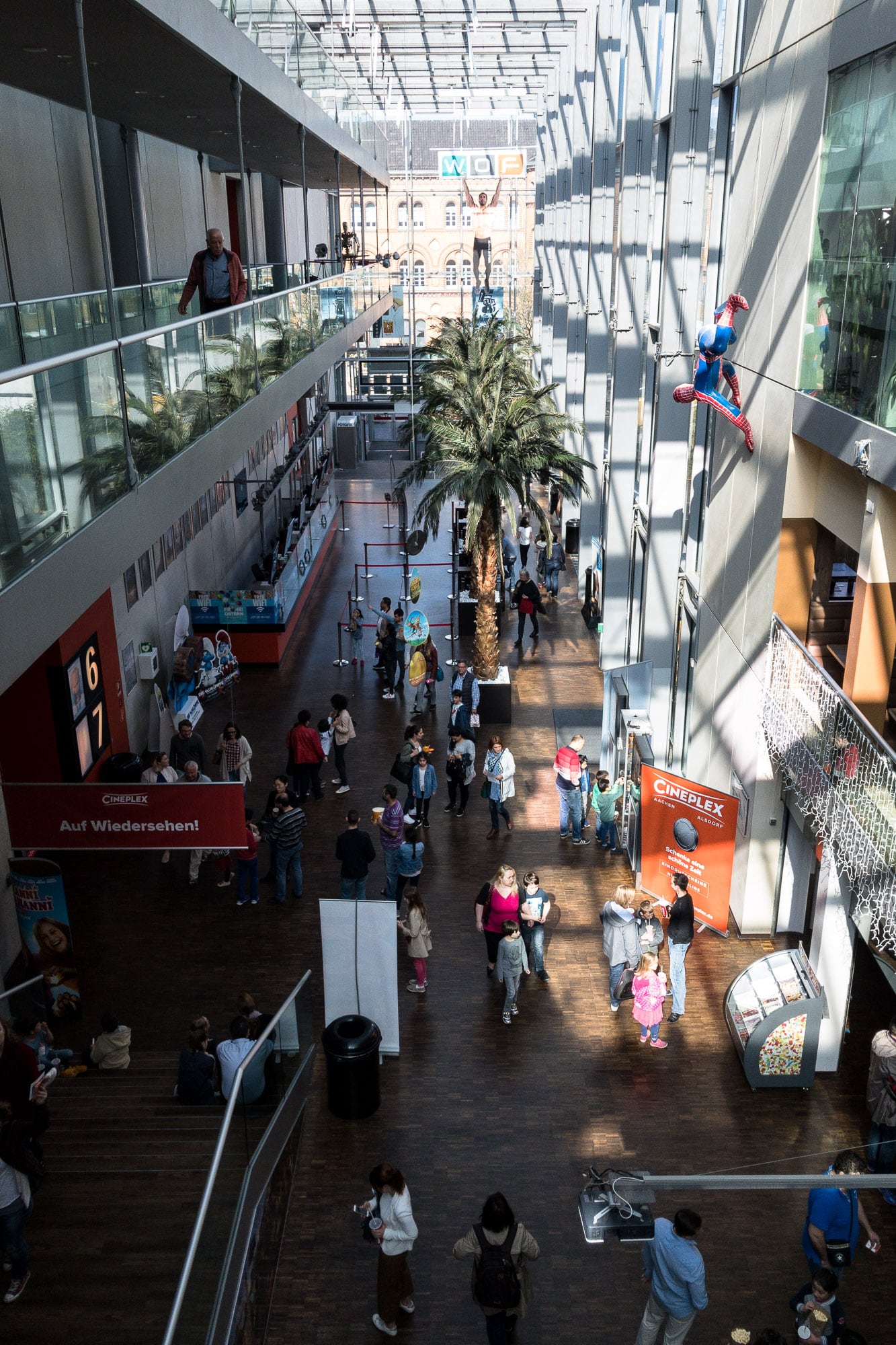 The thing about movie theaters is this: most of them are not designed for public speaking. They are dark, so you can’t see the audience very well. Their walls are sound-absorbing, so you can’t really tell if everyone is having a good time or not. Their seats are arranged in such a way as to allow everyone to sit directly in front of the screen, not to the side of it, meaning movie theaters are deep, not wide, removing the speaker from the audience. And there’s more: when people go to see a movie, they usually pick seats in the back, not in the front. Movie theaters can be good venues when they are completely sold out, but they can also be pretty tough.

Today was one of those tough days. And it wasn’t even because it was in a movie theater. It was because I messed up. I forgot to plug my computer into the power strip, which meant it went dark and we had to reboot the thing right in the middle of the presentation. Which meant we lost time. Which meant we didn’t have as much time as I wanted in the end. 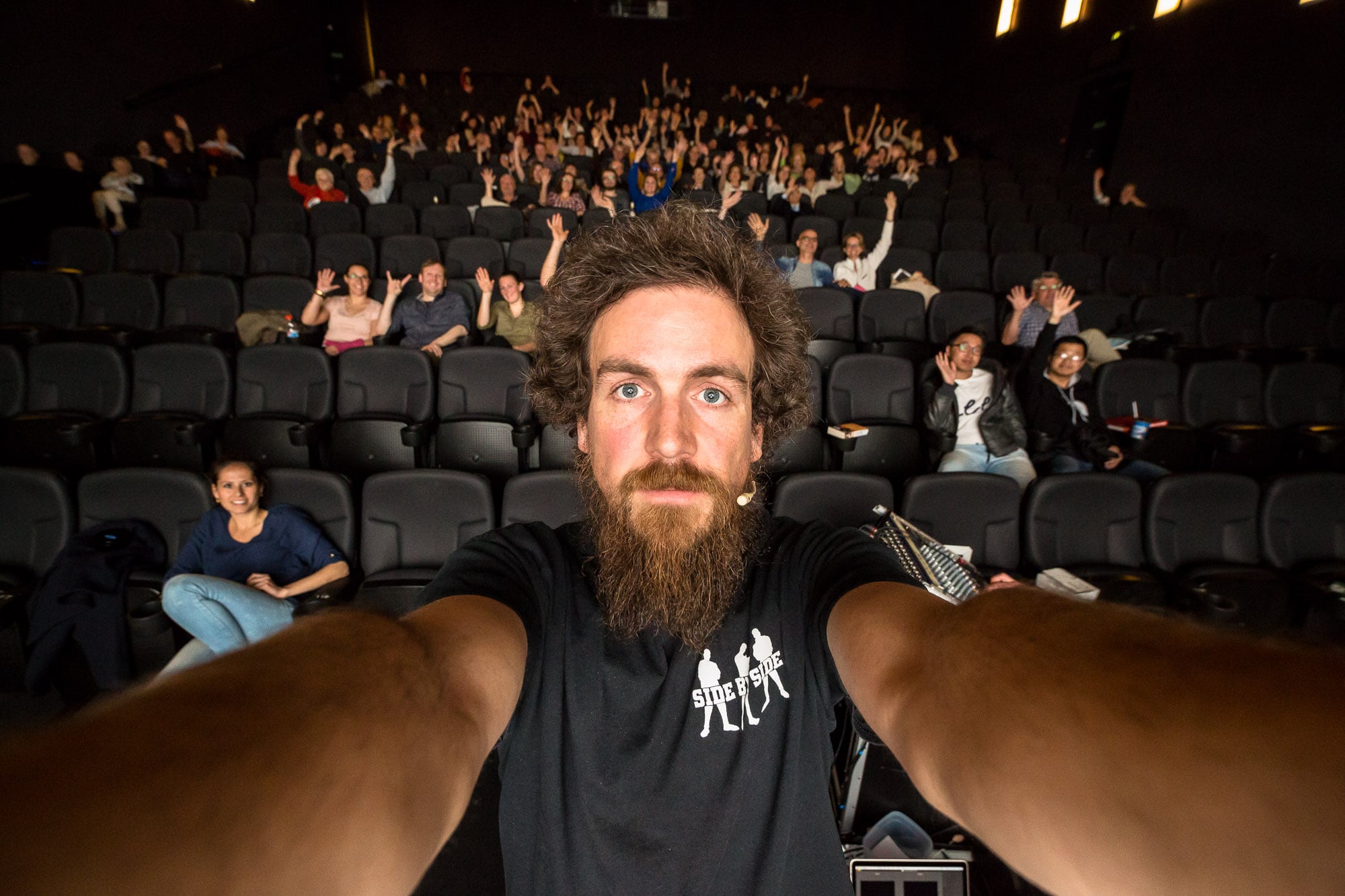 I felt terribly sorry for everyone.

Then we went to Düsseldorf for our second presentation of the day. It took place in another concert hall, which was good, because concert halls tend to be loud places where the laughter can surge from one wall to the other: 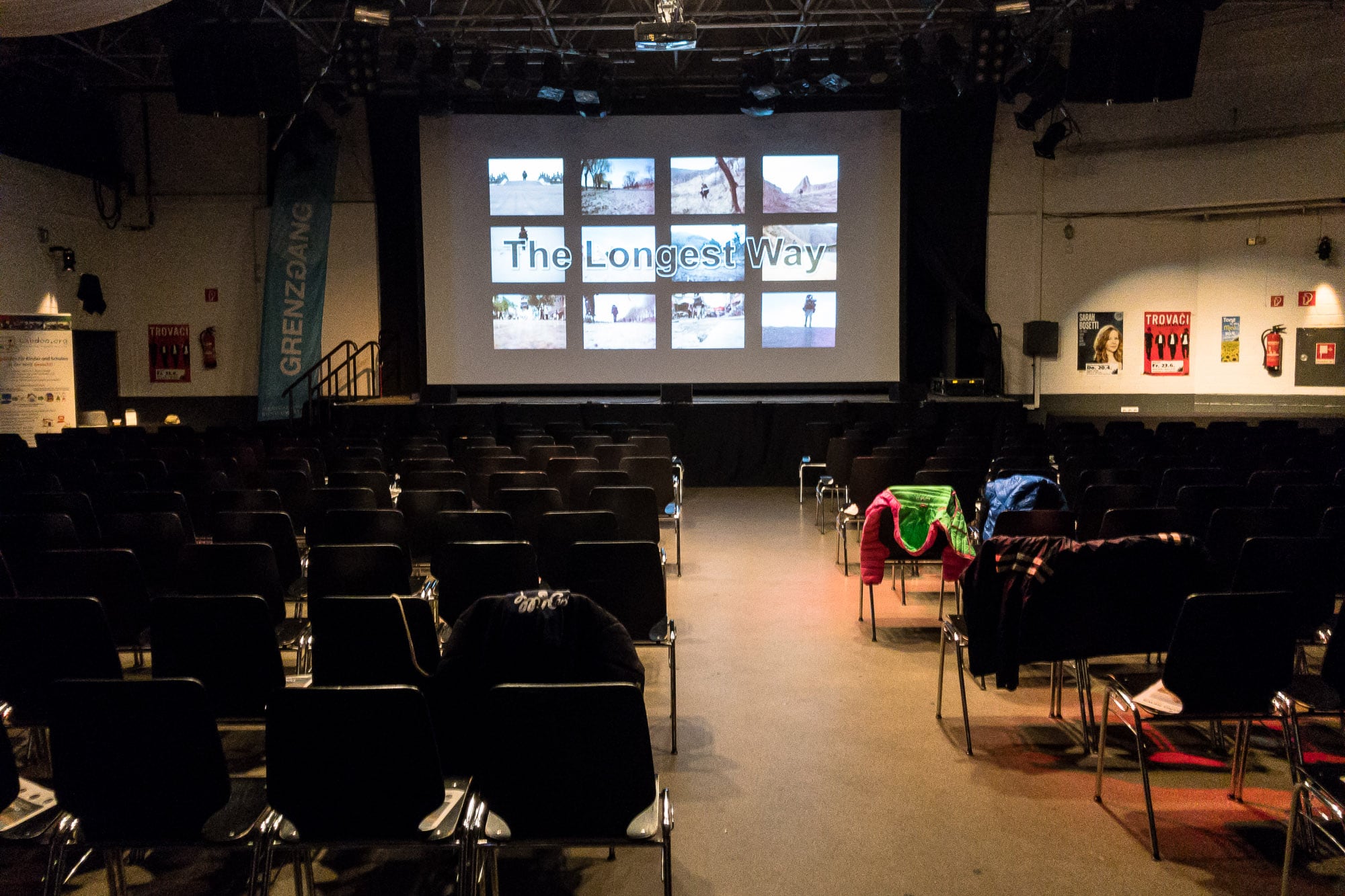 And it was good: 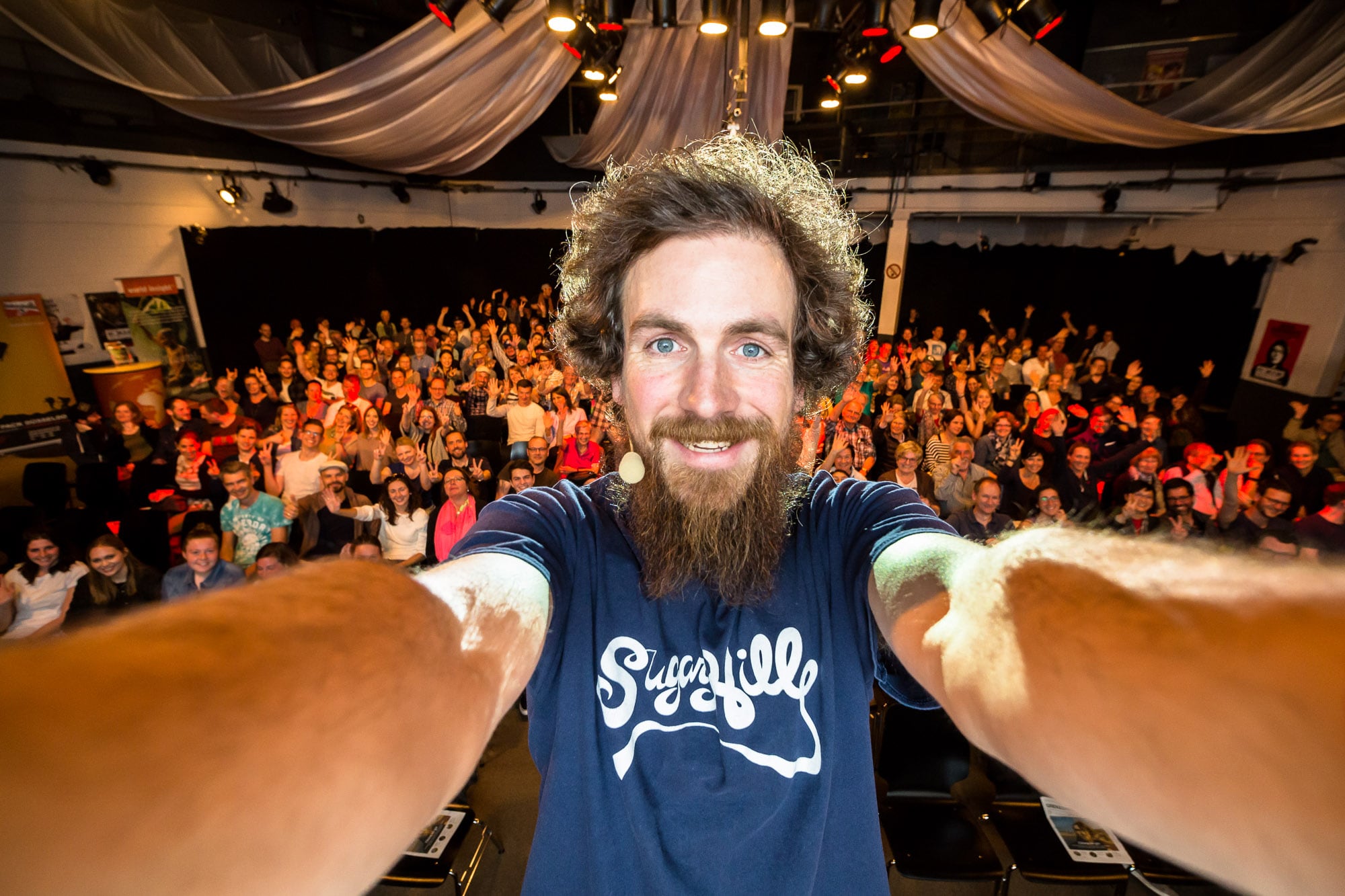 In fact, it was so good and I felt so comfortable, I told the audience something that I have never said at any other show before. 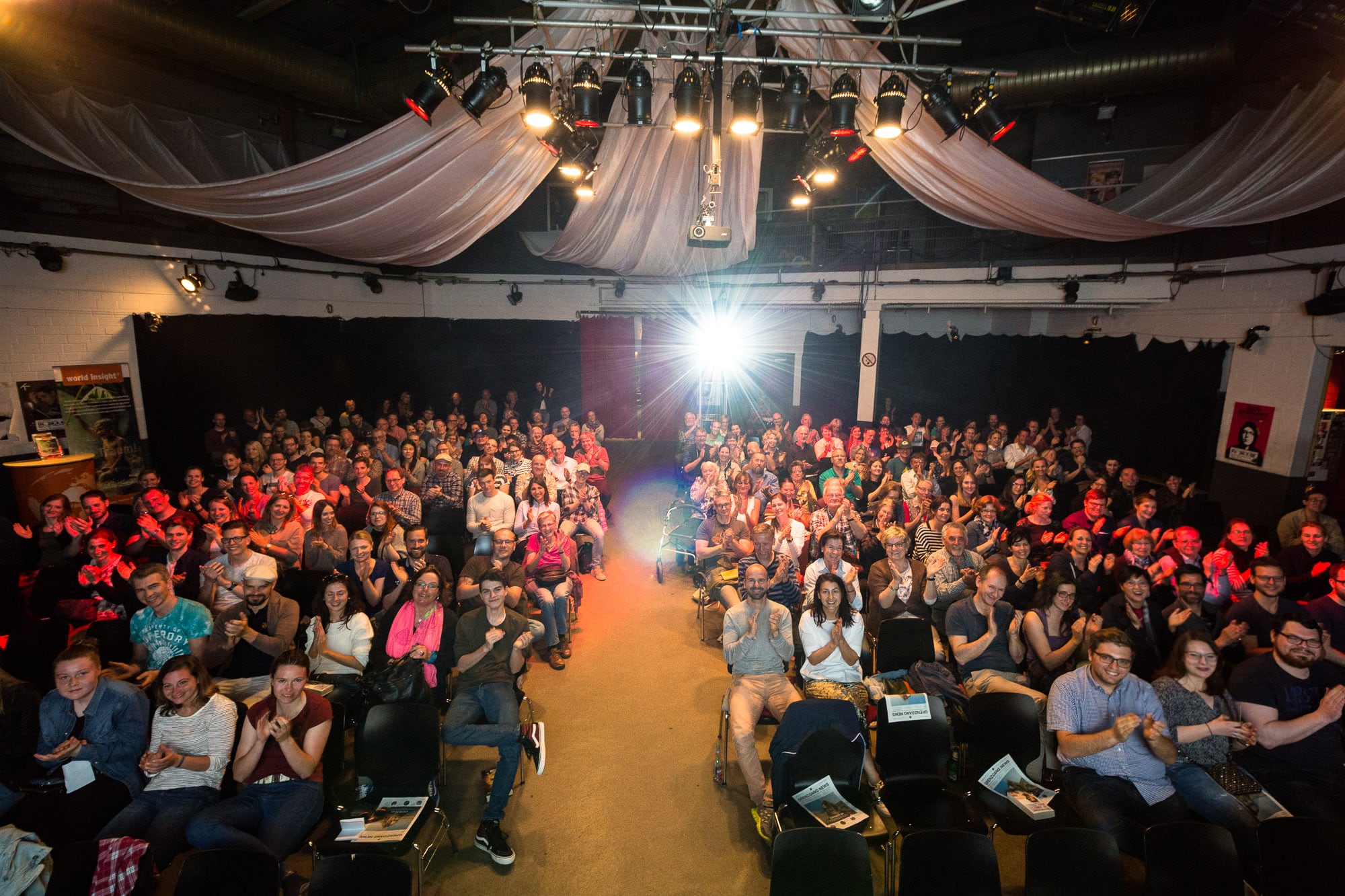 At the end of the day, I felt tired but happy.